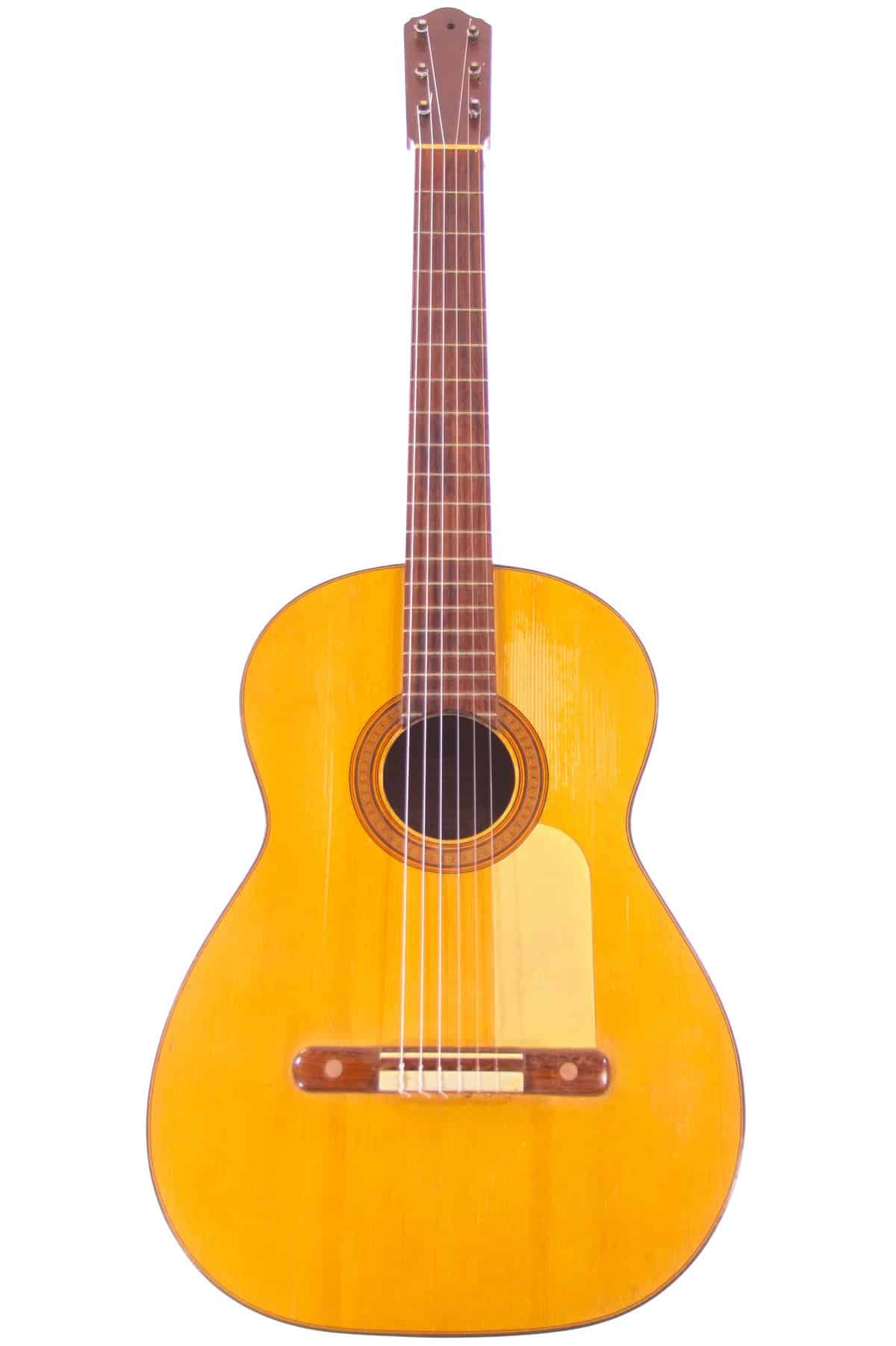 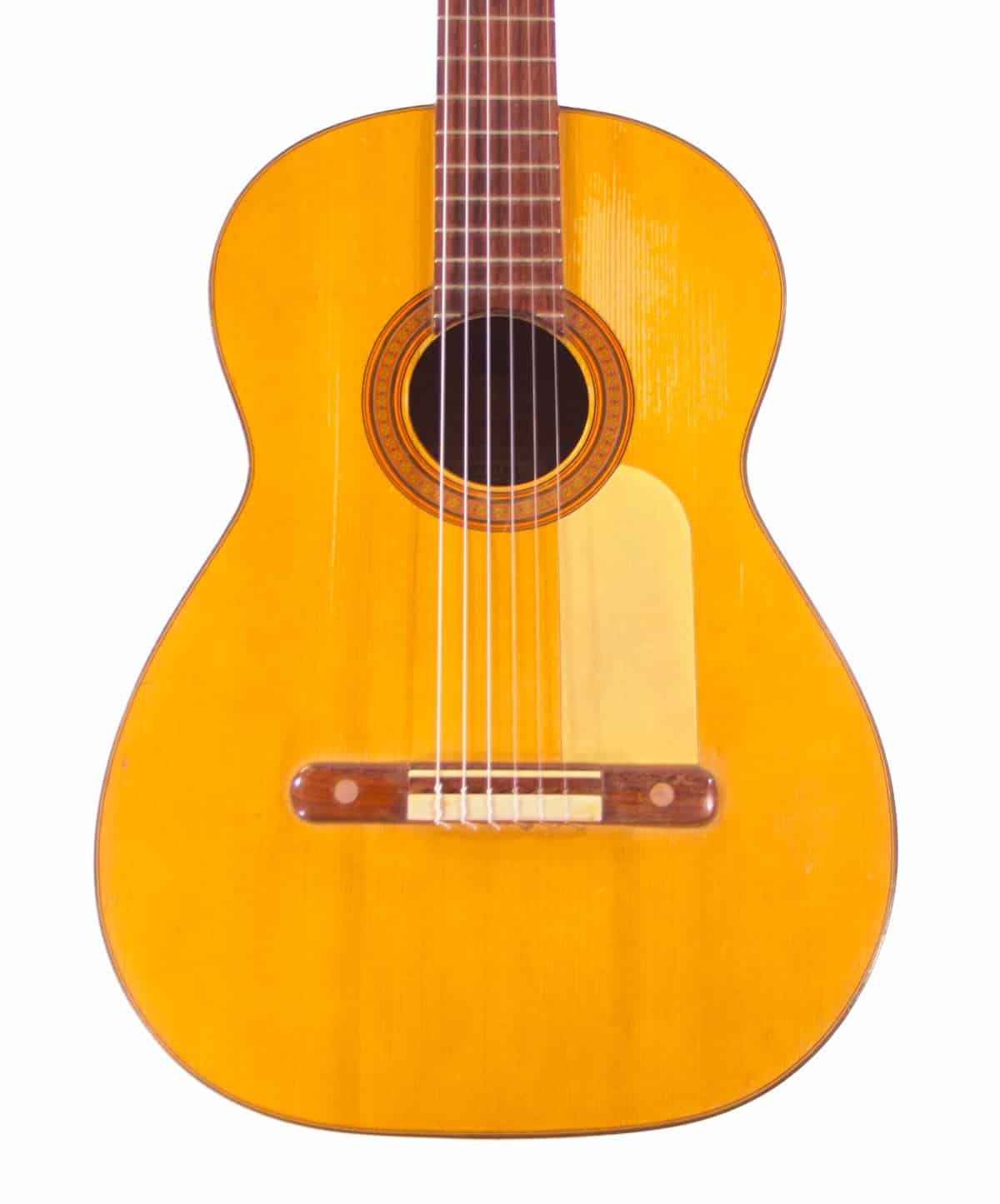 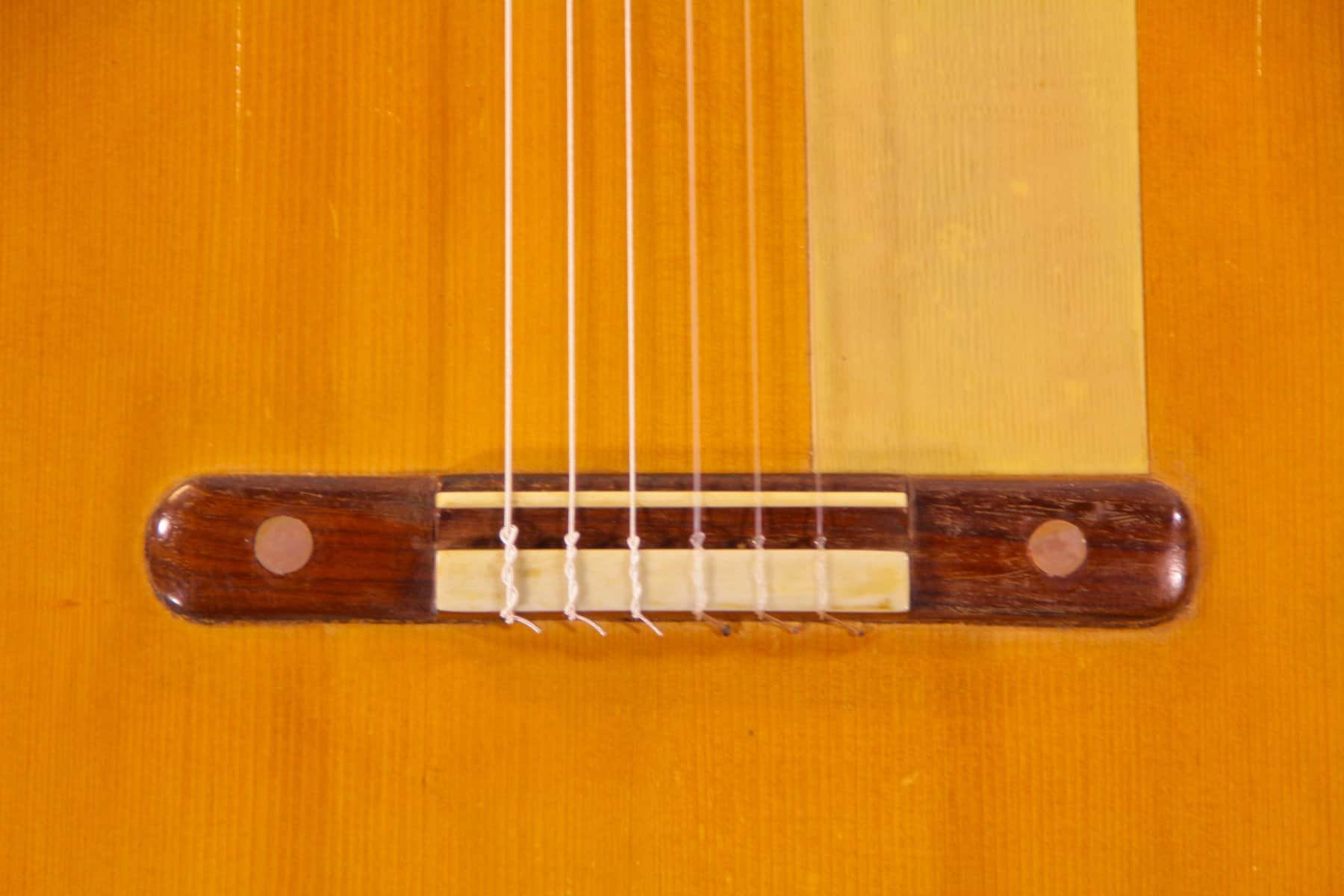 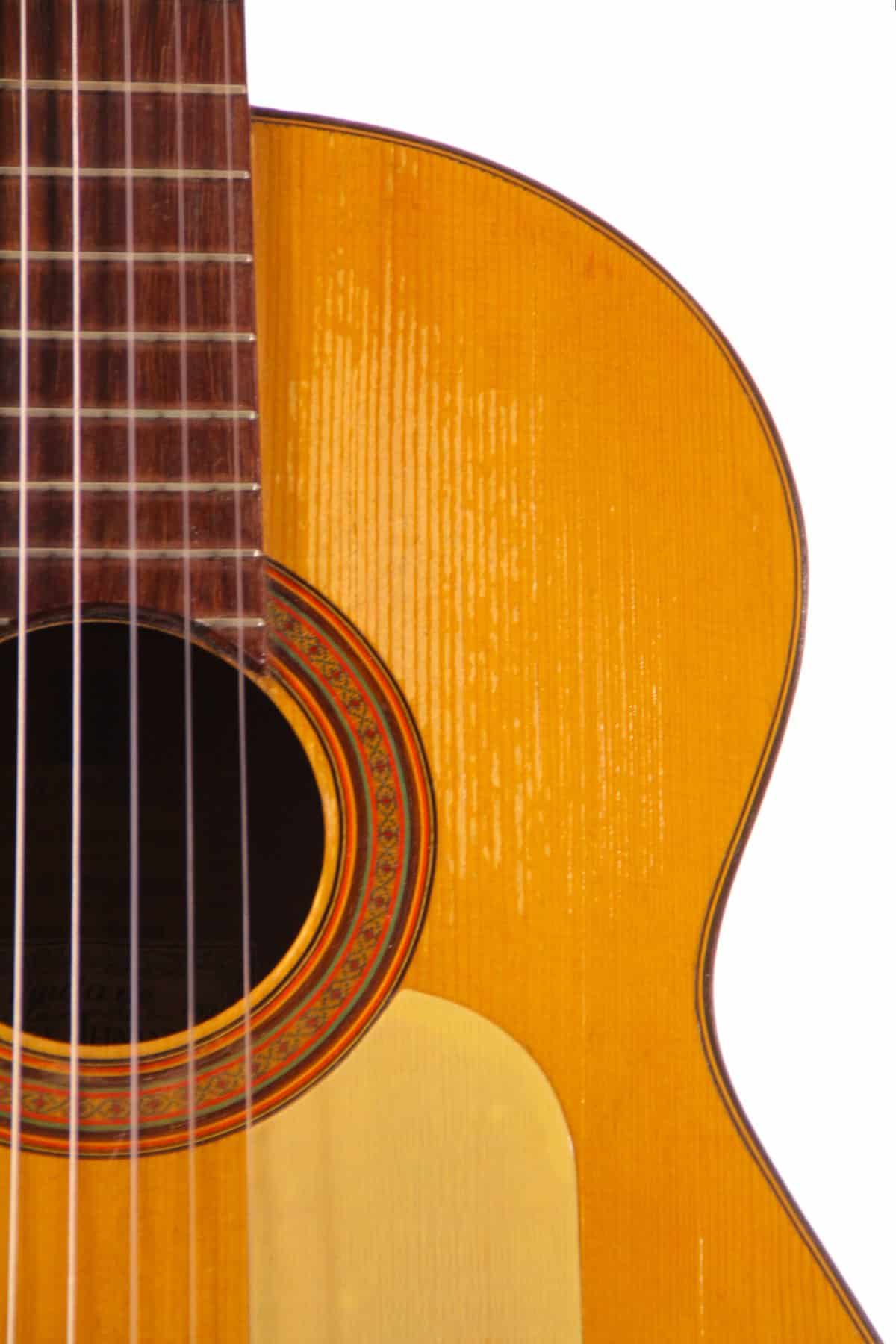 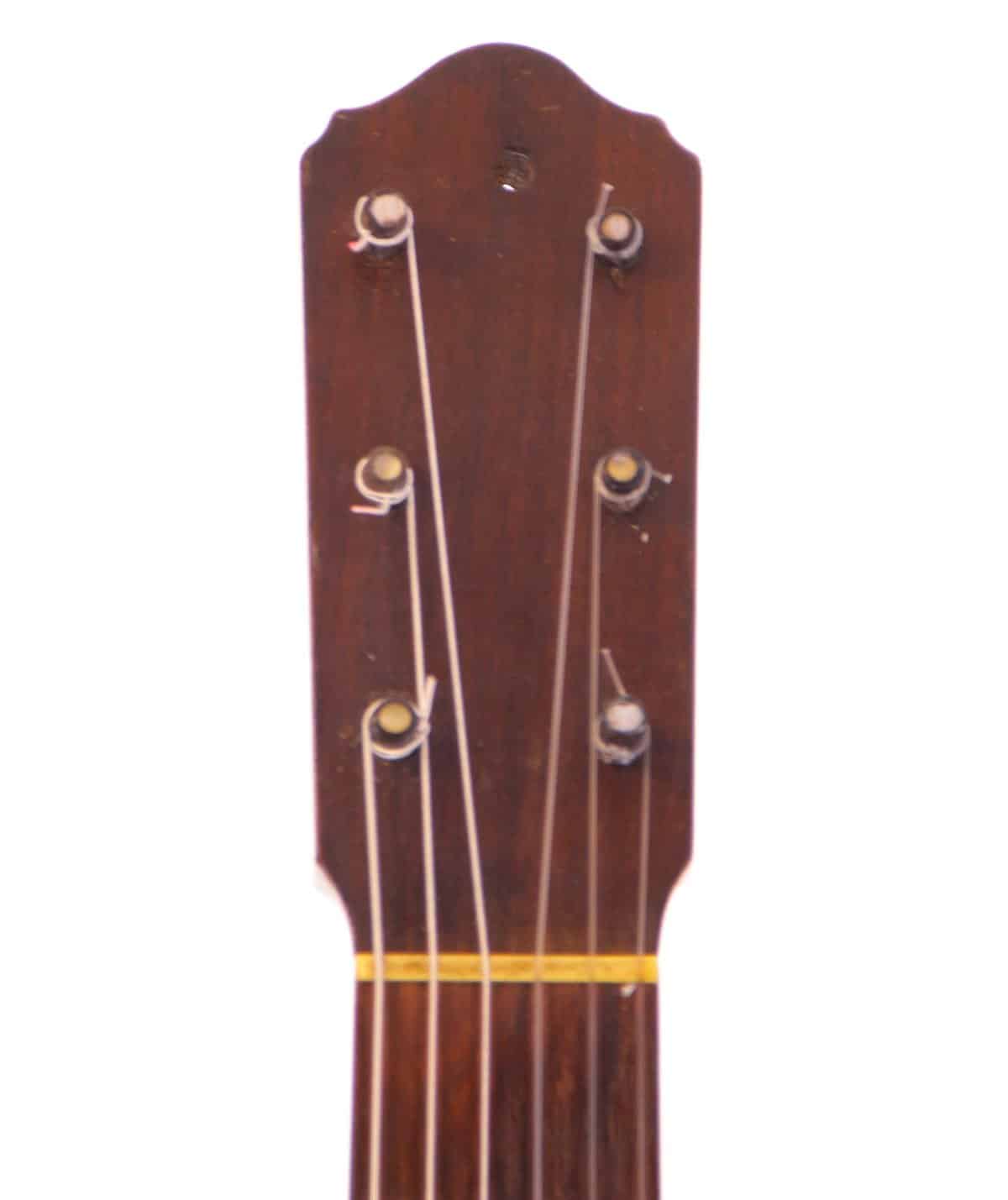 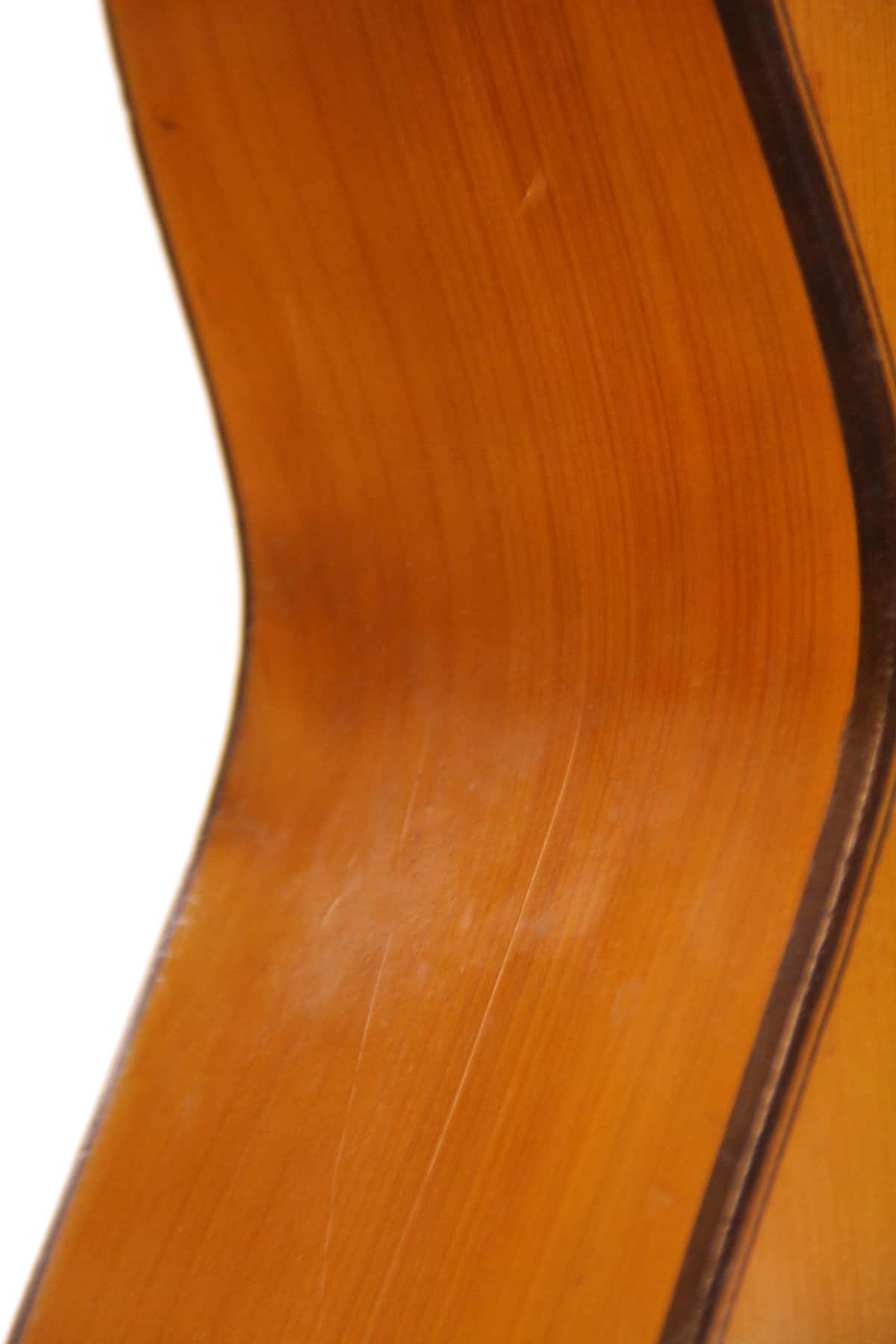 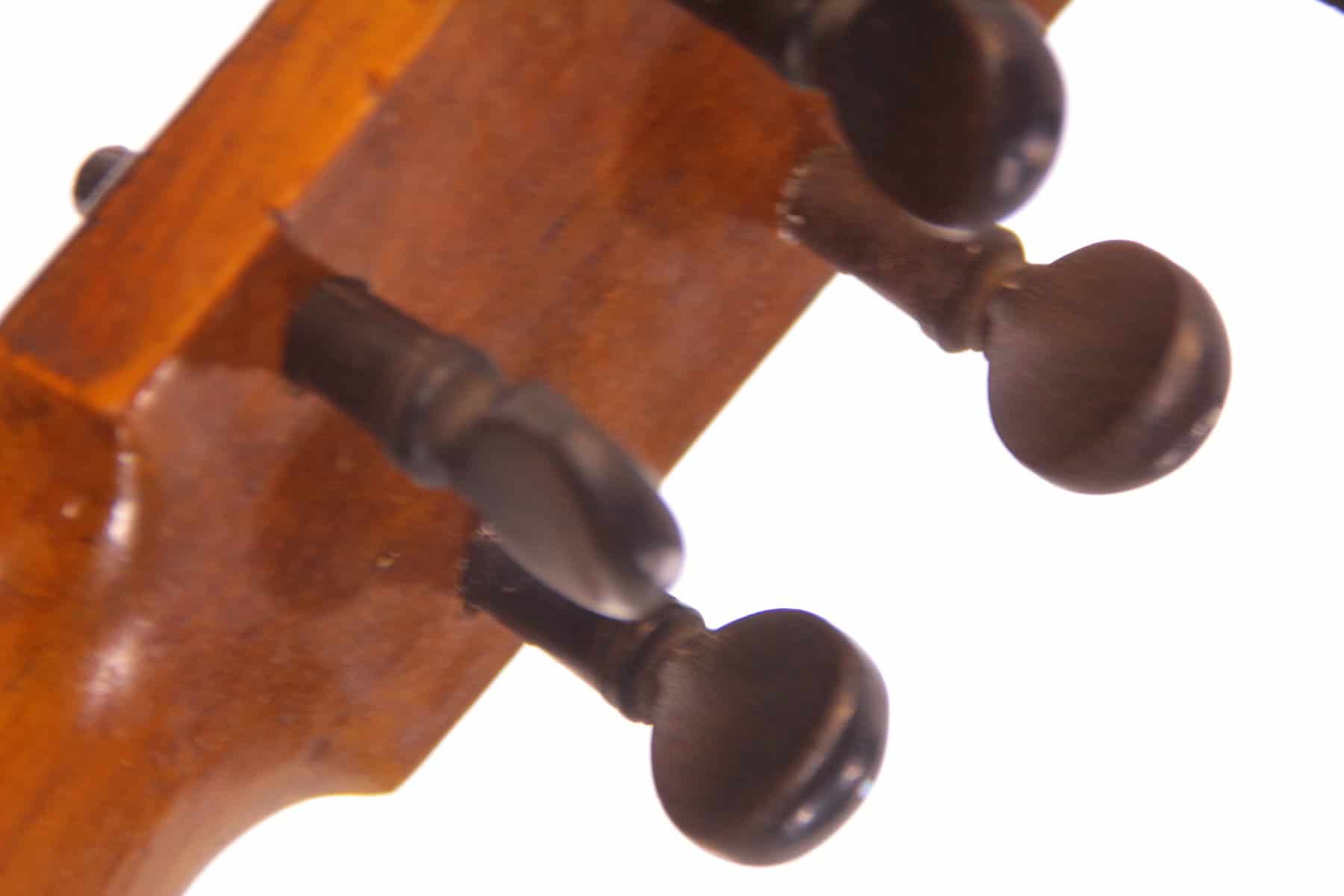 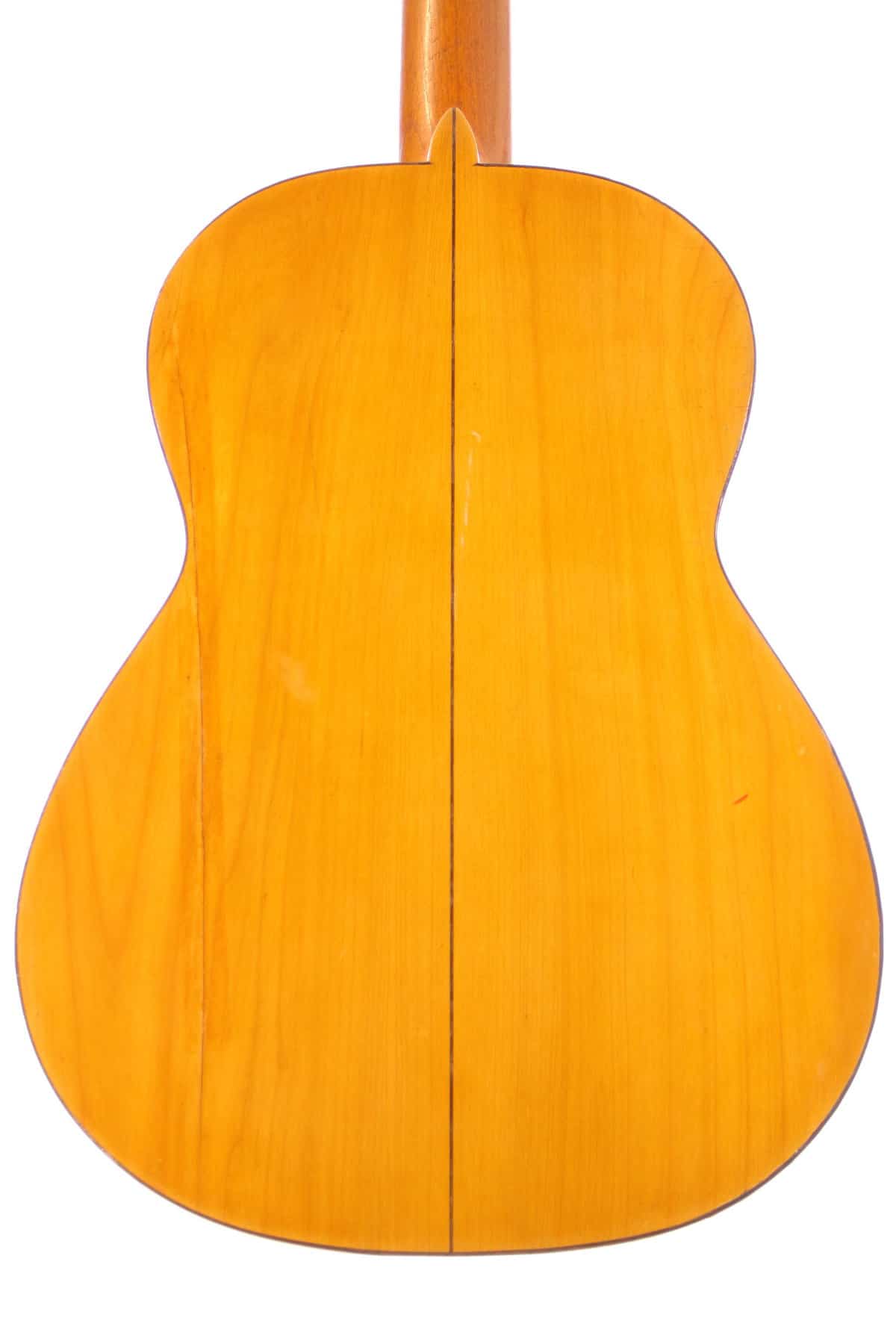 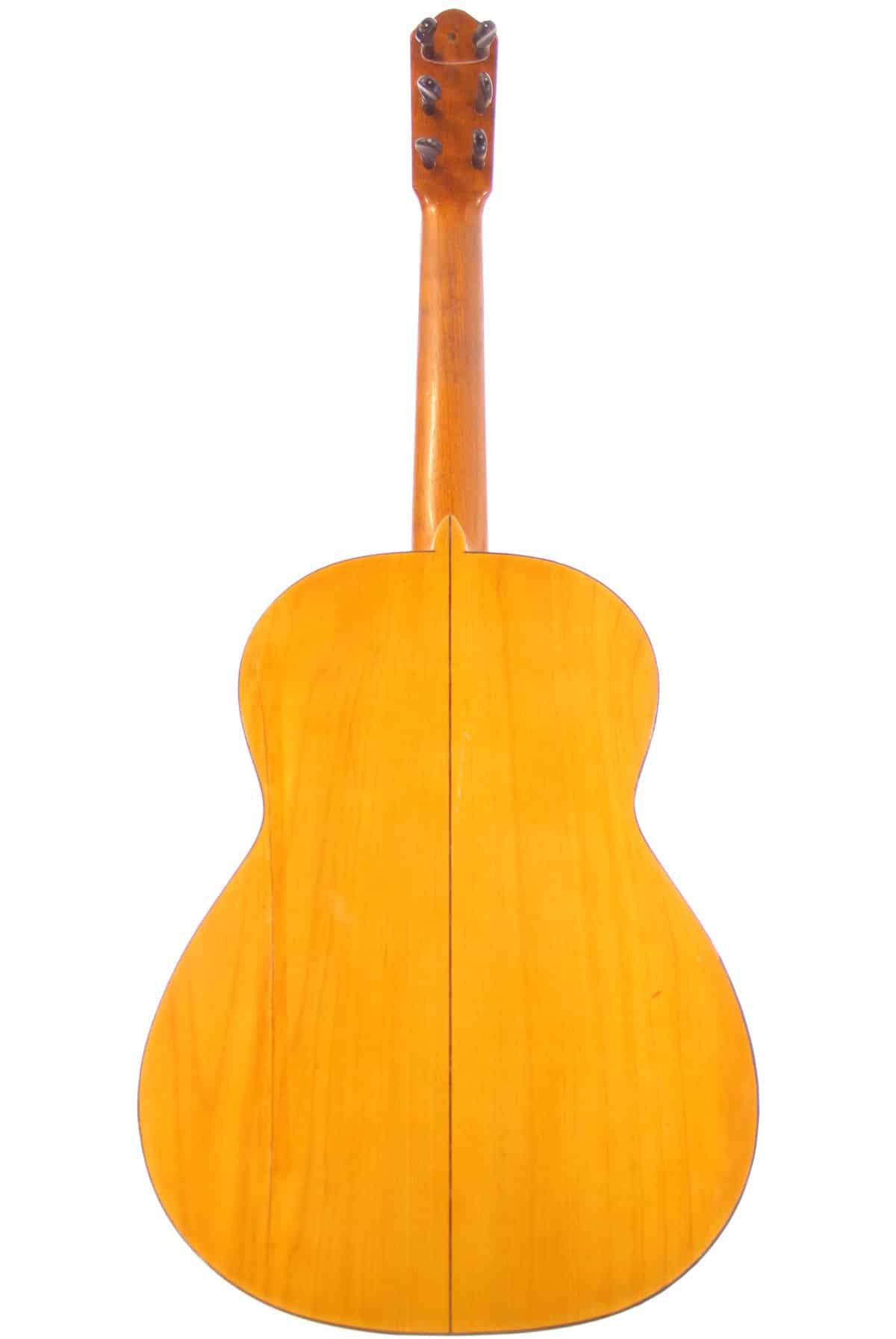 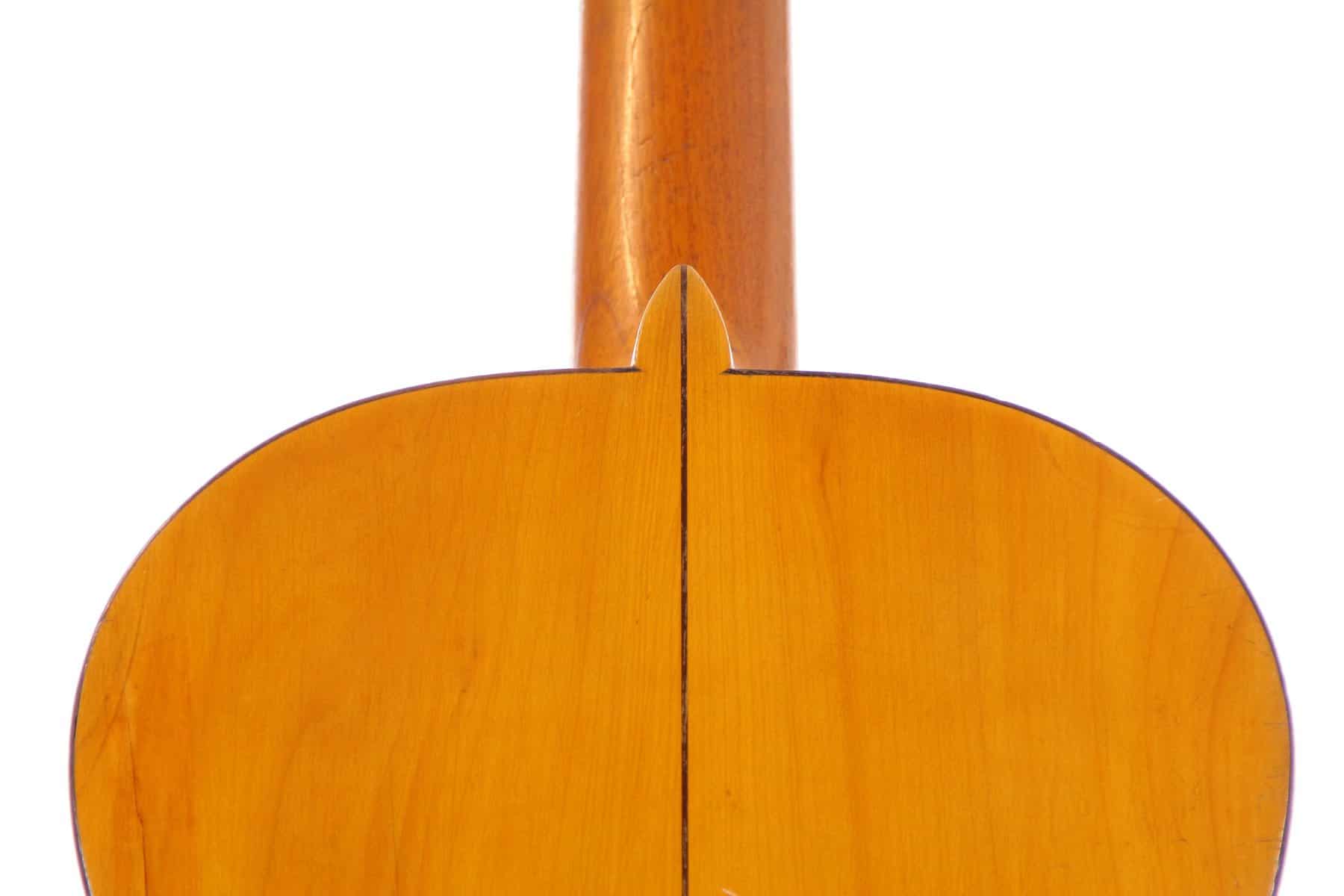 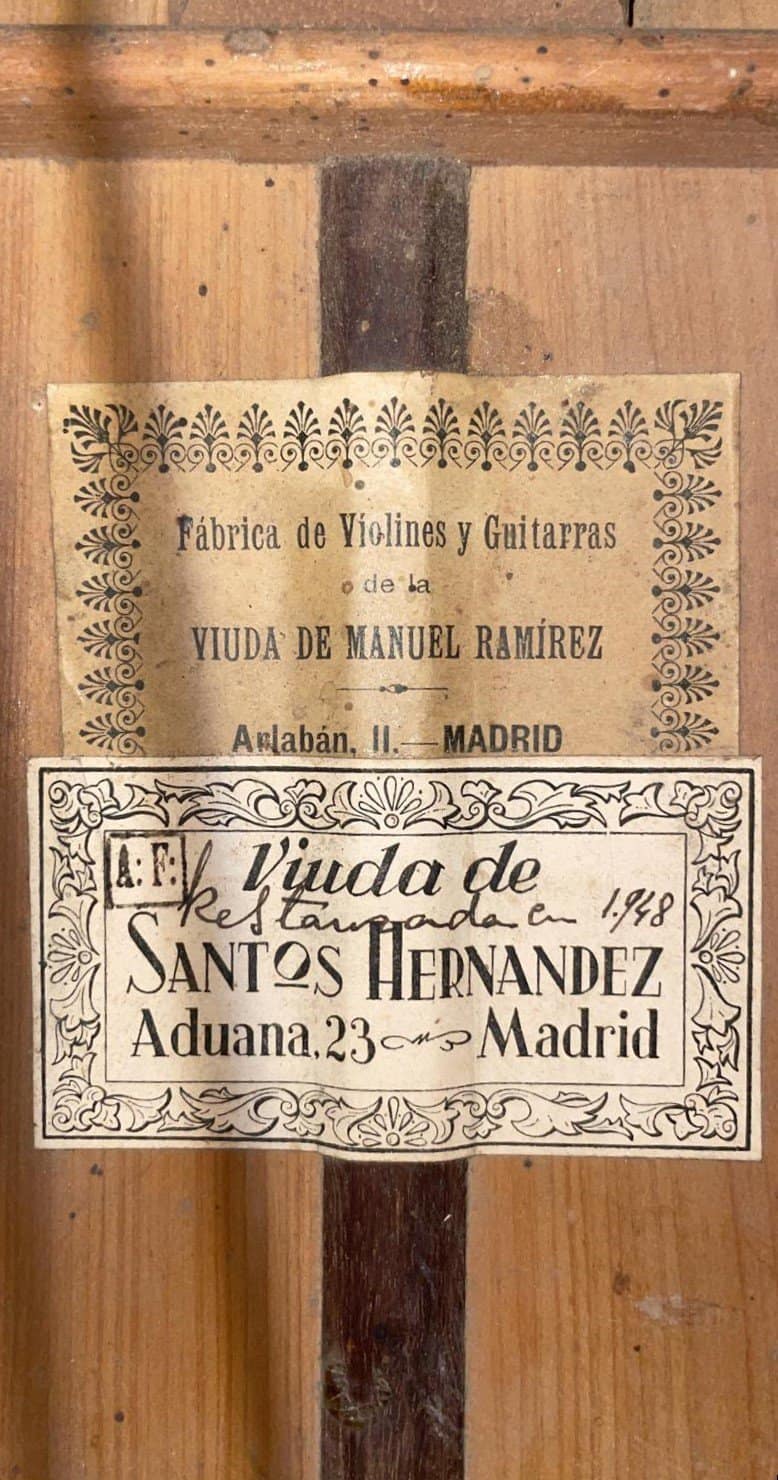 The Manuel Ramirez shop is undoubtedly the most important guitar workshop of the early turn-of-the-century, post-Torres era of guitar making. Manuel Ramirez (1864-1916) committed himself to ensuring the survival of the “Torres” design into the 20th century (and beyond). With his vision and determination, coupled with a shop assembled of the finest builders alive at the time (including none other than Santos Hernandez, Domingo Esteso, Modesto Borreguero, Pascual Viudes and very likely Enrique Garcia), he successfully produced great guitars that secured the legacy of Torres for all future generations of guitar makers.
After the death of Manuel Ramirez 3 luthiers (Santos Hernandez, Domingo Esteso and Modesto Borreguero) continued until 1920 to work for Manuel Ramirez’ widow under the label “Viuda de Manuel Ramirez”.

Bearing in mind that this guitar was made by Santos Hernandez, Domingo Esteso or Modesto Borreguero, makes this a fantastic instrument. The construction is excellent. It has a fine spruce top with cypress back and sides. The scale length is 652 mm and the nut width 51 mm.

This guitar is a big-bodied instrument with deep basses, plump and warm trebles, and rich textures of sound interwoven with the clear, bell-like fundamentals. The feather-like weight of the guitar gives it incredible volume and instant response.
It is no wonder that in recent years more and more contemporary luthiers have worked to re-discover this style of build, as it has an absolutely mystical and magical charm that has continued to captivate players and listeners from the turn of the 19th century up to the present. The sound is unmistakeably Spanish – deep, dark and mysterious and the experience of playing a guitar like this is unique, likely also due to the age and its having been played regularly for over 100 years.

Despite the signs of use that are visible on the guitar, it is in remarkably good condition – only a crack on the back and one on the side has been repaired over the years.
This guitar would make a fantastic concert as well as recording instrument for either classical or flamenco styles of playing – this guitar was built in a period where the distinction between “classical” and “flamenco” was not yet being made. It’s simply a great “guitar” – its versatility as a musical instrument beautifully accommodates virtually any style brought to it by the hand of the individual player.