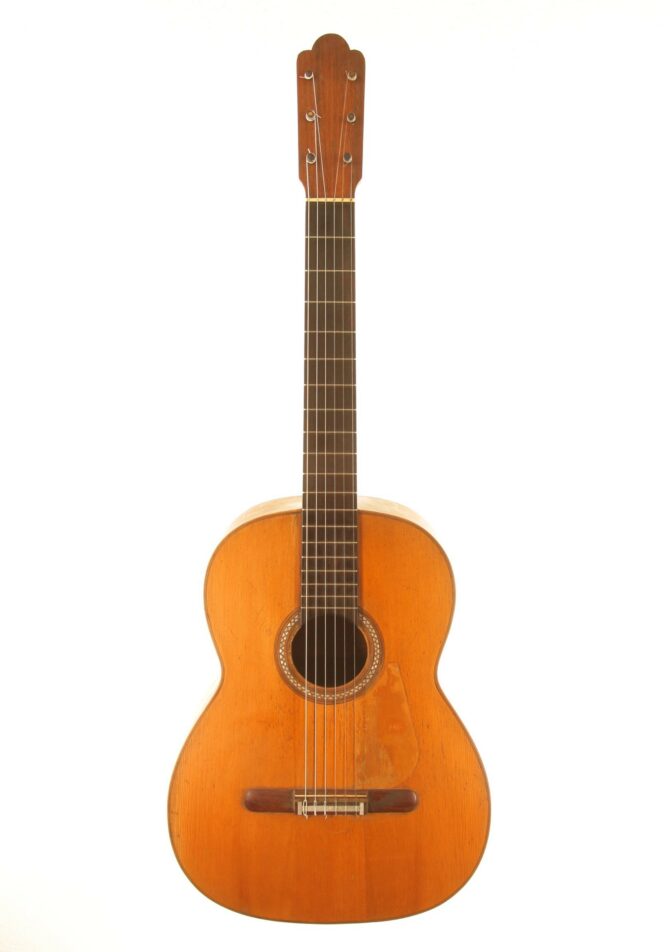 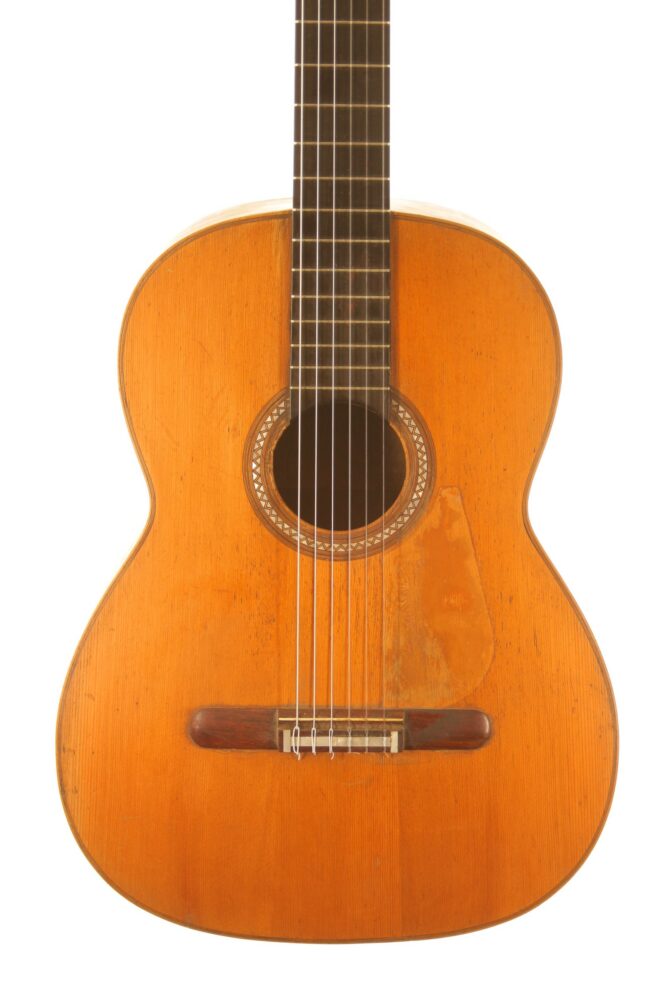 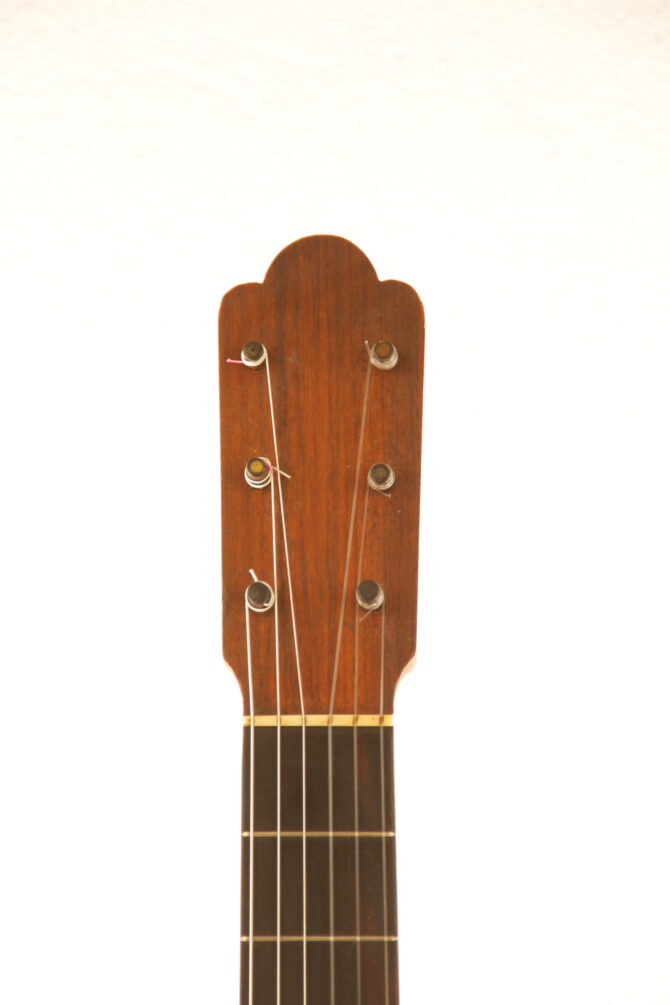 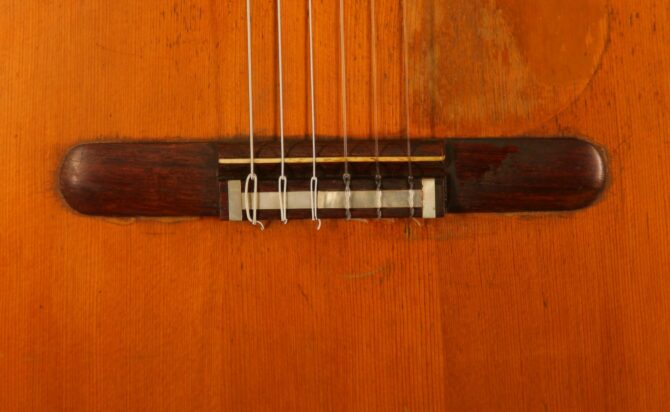 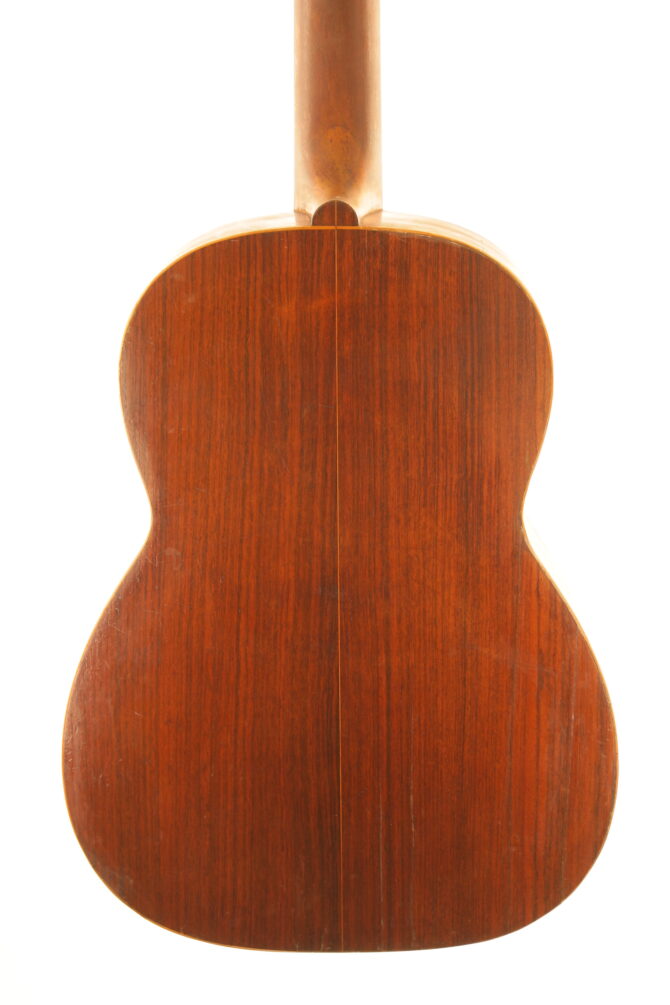 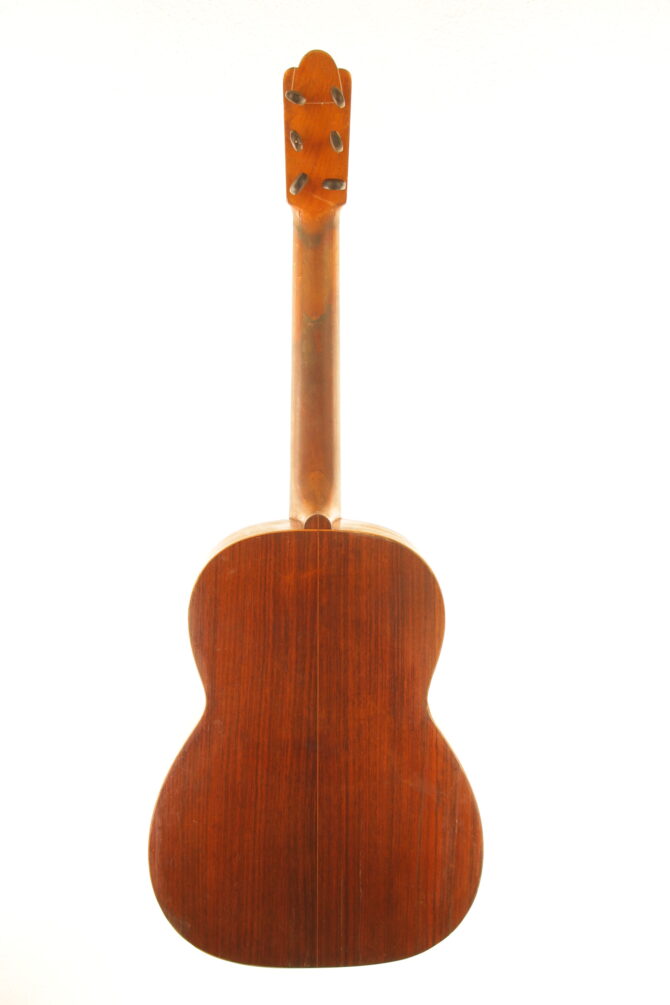 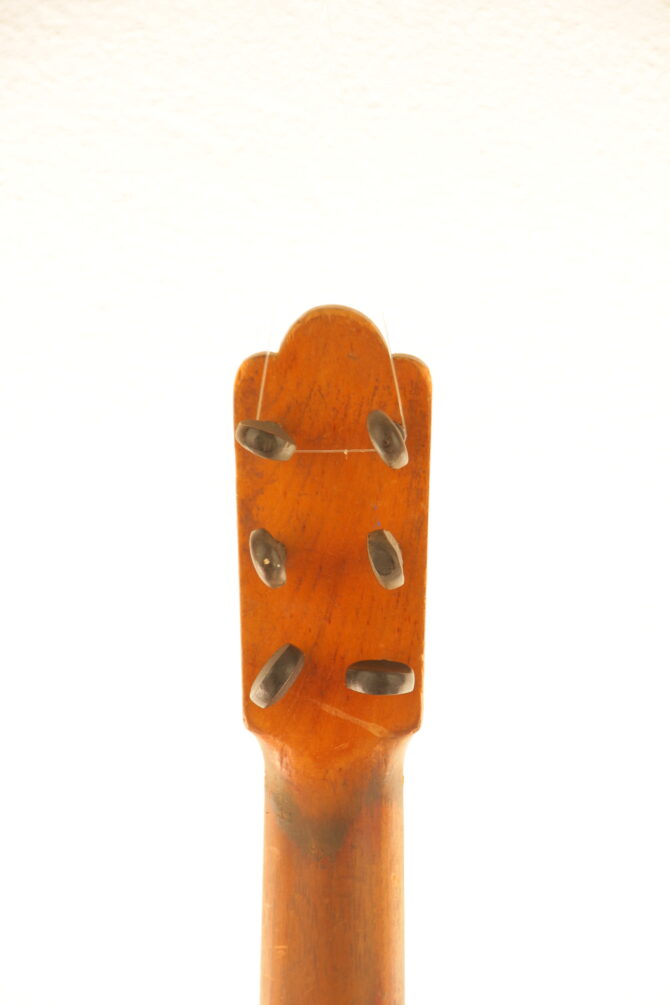 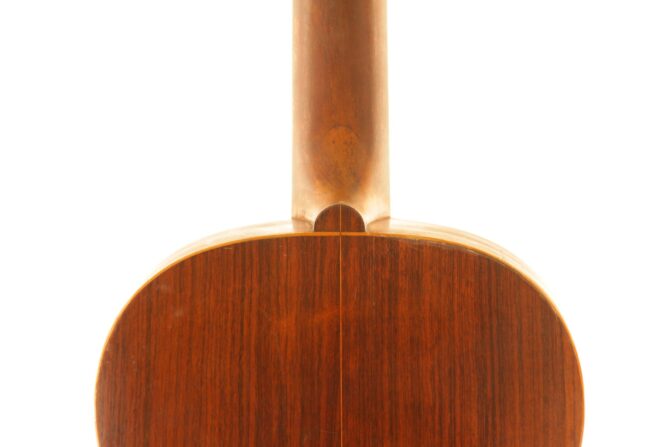 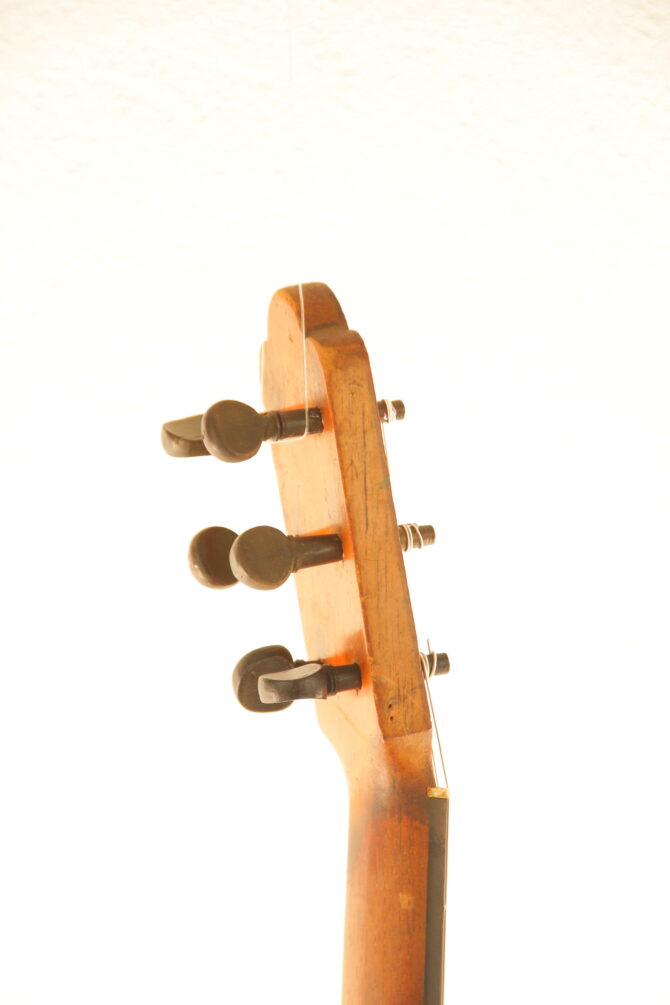 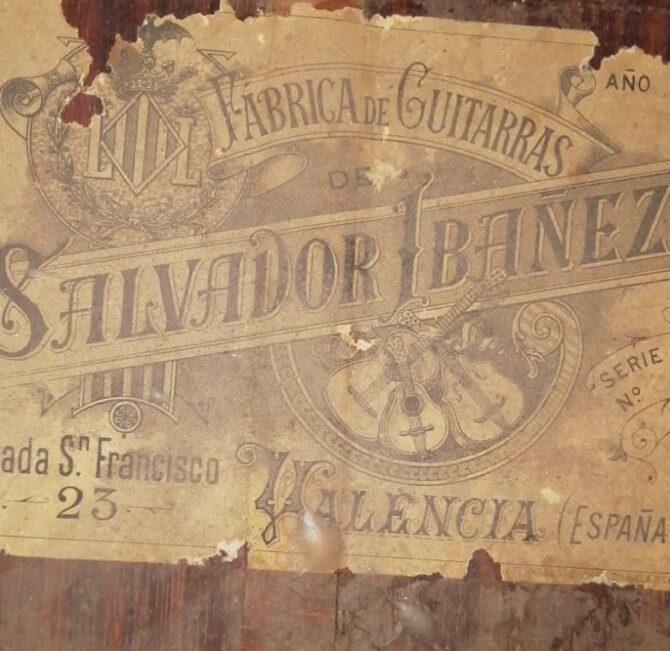 The sound is absolutely astounding. We die a listening test, this guitar was compared in the same room with some modern hi-tech guitars. We were so much surprise when it was first played, it was every bit the equal in volume and projection as any of these modern improvements and far more interesting to listen to in terms of color and nuance.
The guitar has a great richness and harmonious quality. The notes blend together beautifully and yet maintain their clarity and separation. The sensation of playing the guitar is as it vibrates against the players body in a very deep way.
It has an incredibly powerful sound and sounds very much like what we know from Torres.

The guitar is in a lightly restored and well playable condition. The scale lenghts is 645 mm and the nut width 52 mm. The top is of fine alpine spruce and the back and sides of very beautiful and high quality rosewood.