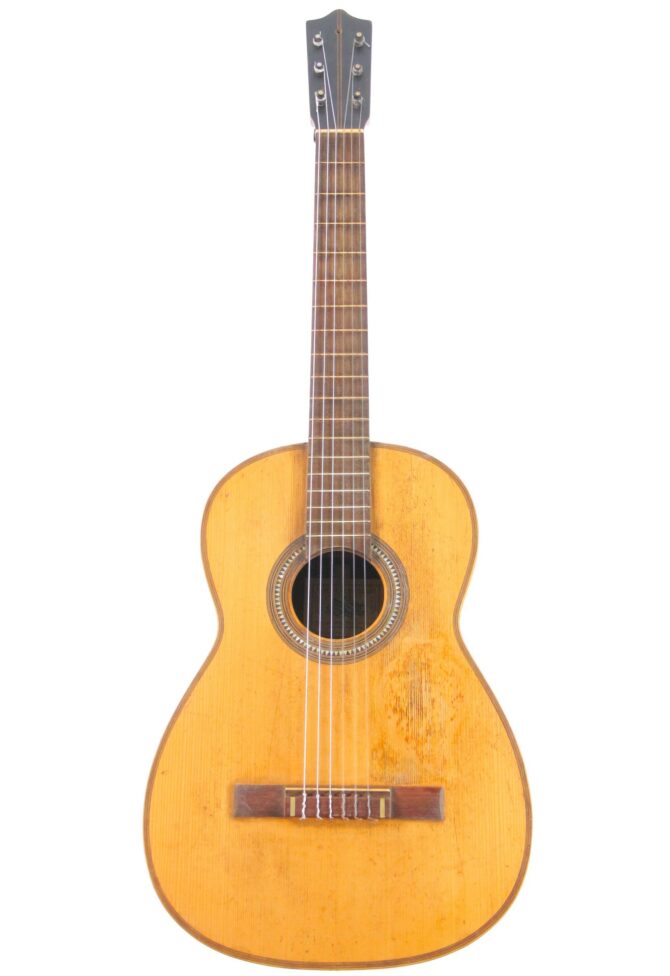 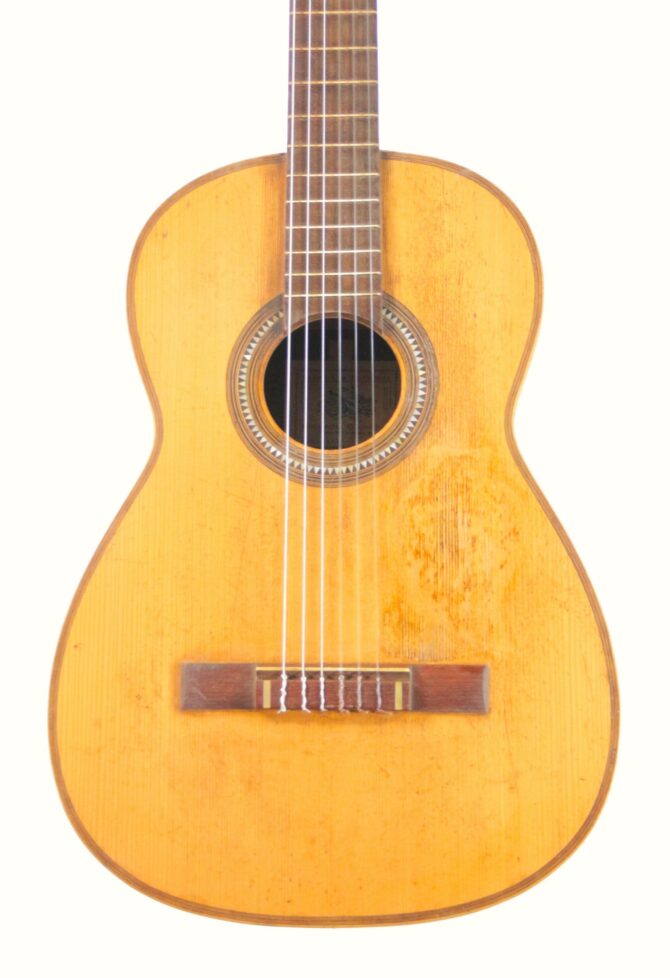 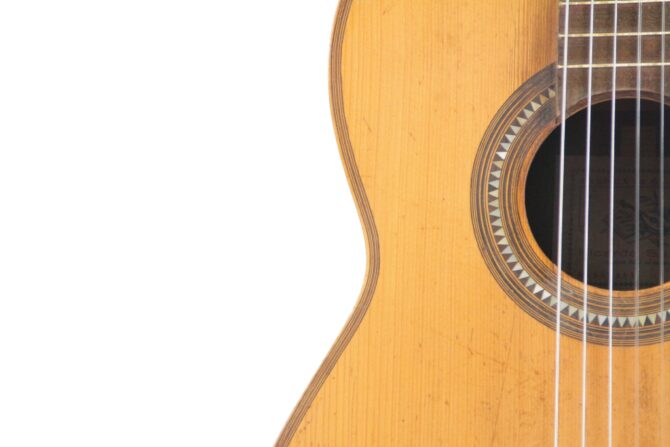 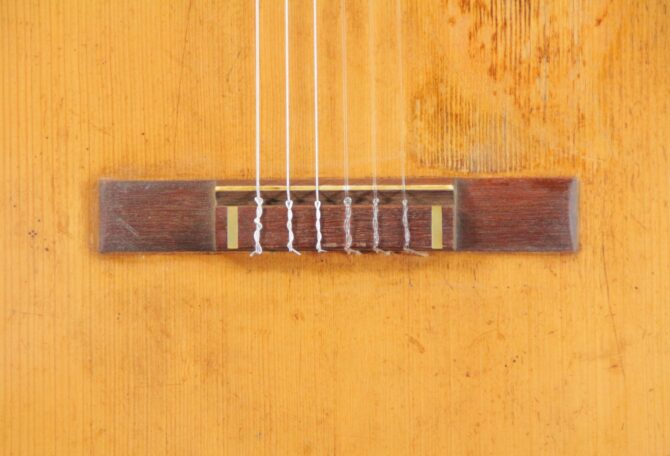 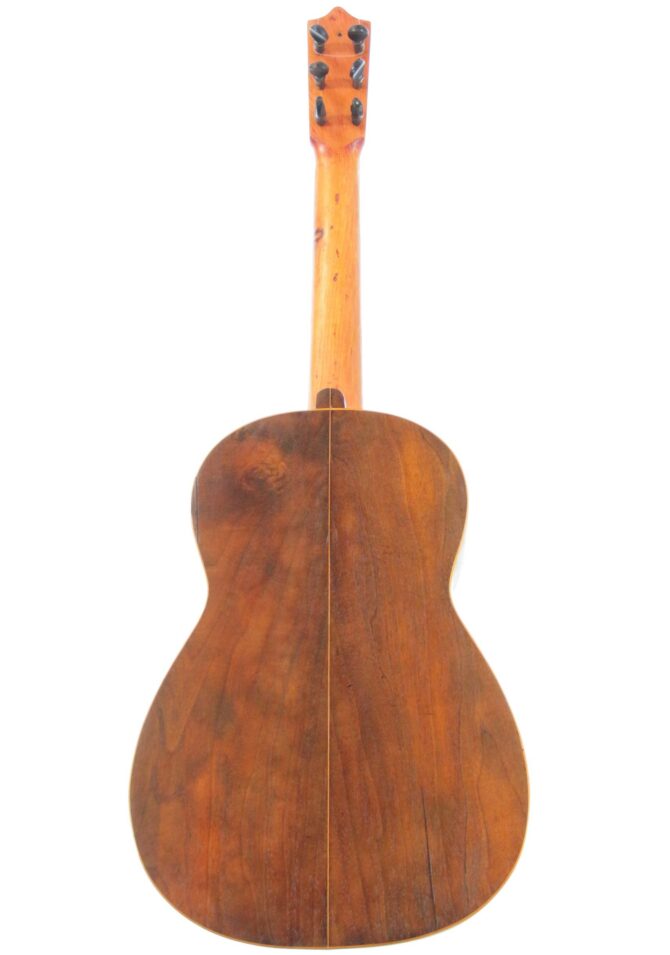 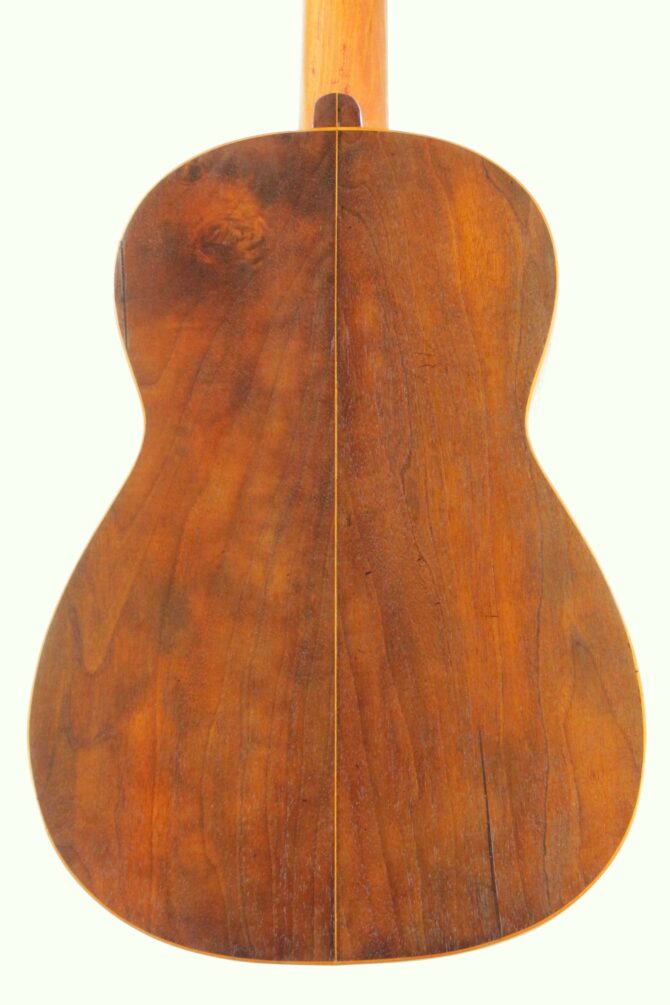 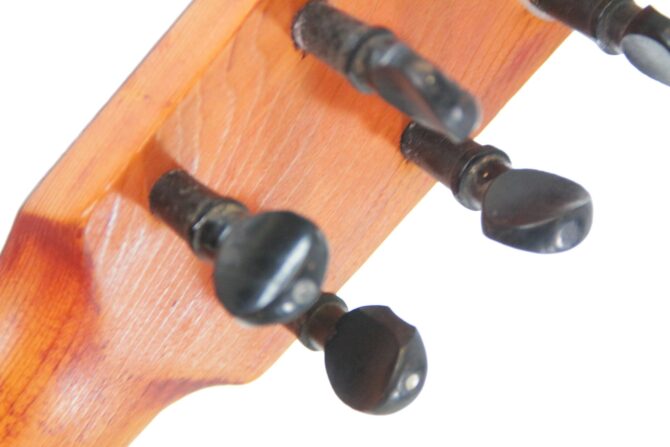 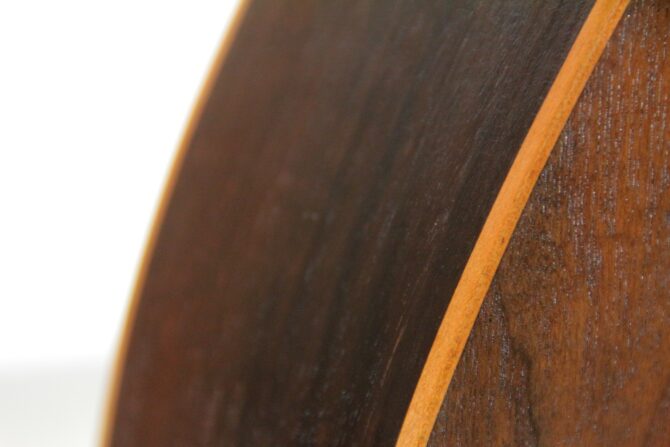 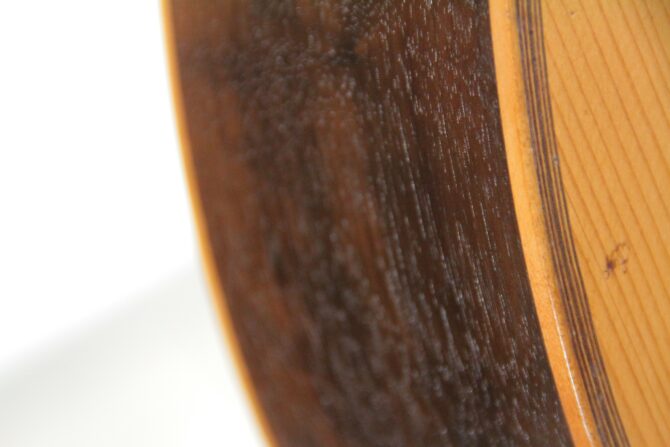 The guitar was built around 1950. It has a spruce top and the back and sides are made of pearwood. The scale length is 650 mm and the nut width 50 mm. It has quite a junky neck profile.

It is a pleasantly light guitar, finely built with a nicely decorated rosette, a straigt forward design and a smooth and fluid headstock shape.
The sound of this instrument is captivating with its warm and characterful tone – the trebles sound clear and brilliant. The basses are powerful and sound dark and warm.
The guitar unfolds an enormous volume and inspires with an incredible lightness.
It has a high collector’s value and is wonderfully suitable for performances or recordings. It belongs to the top class of instruments we have seen.