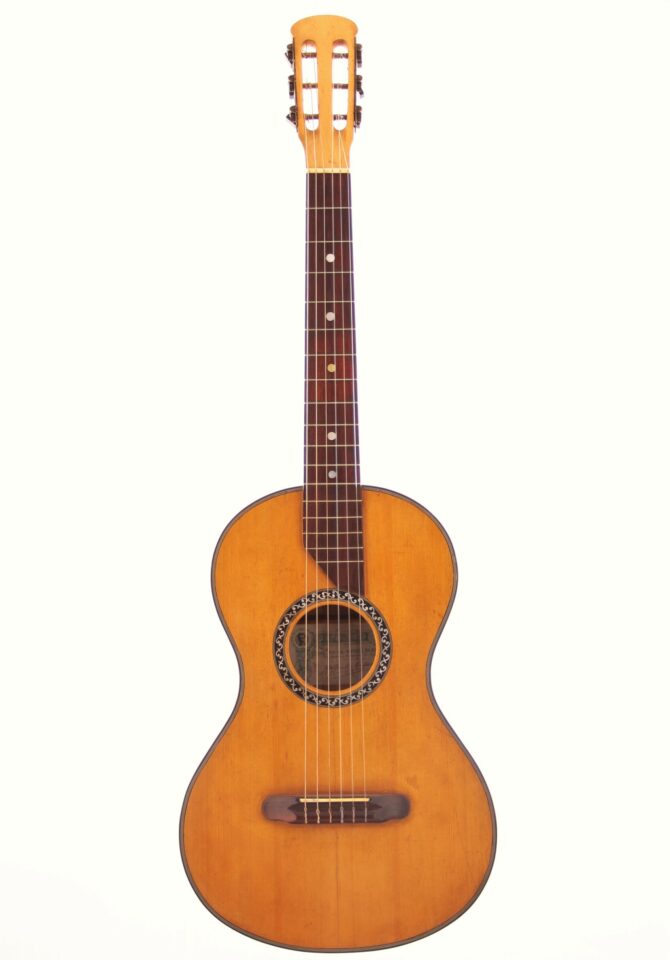 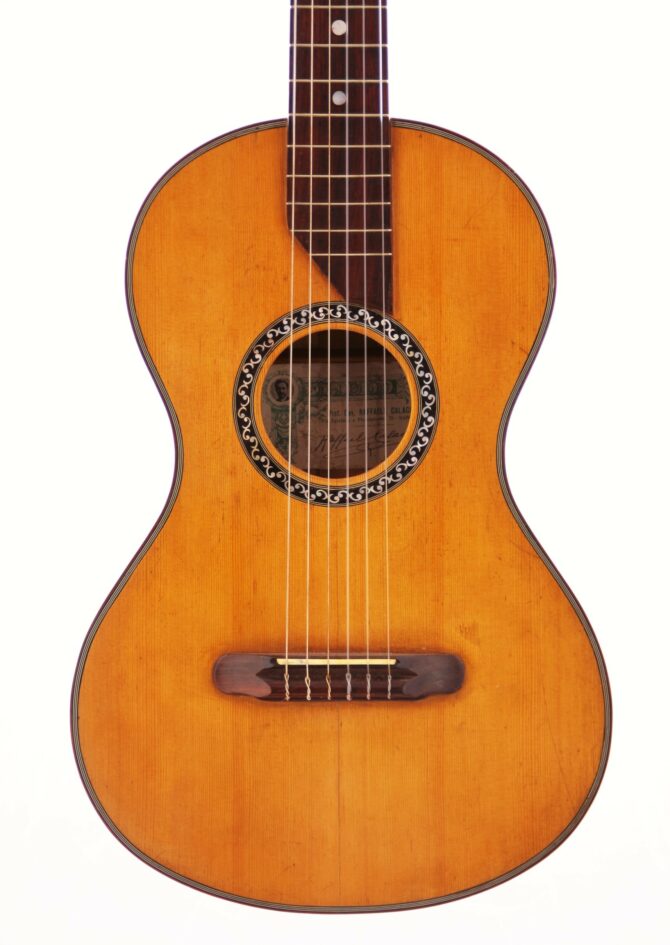 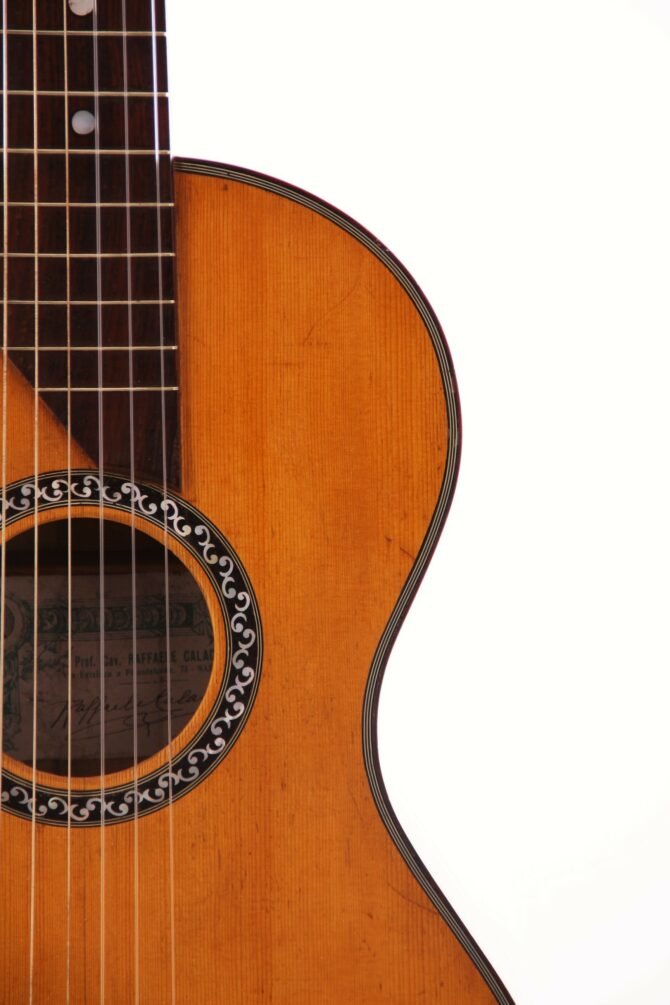 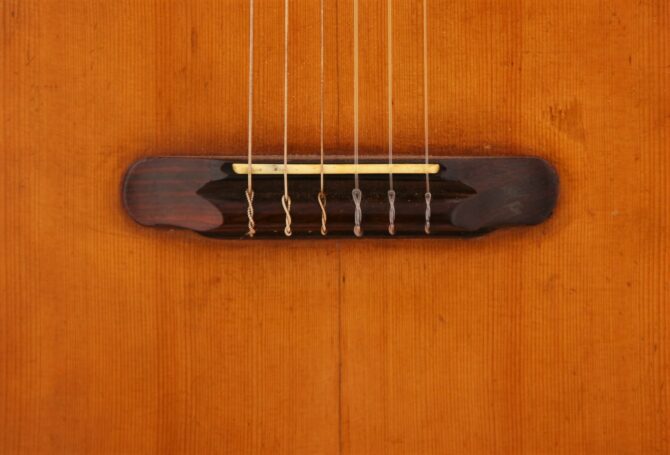 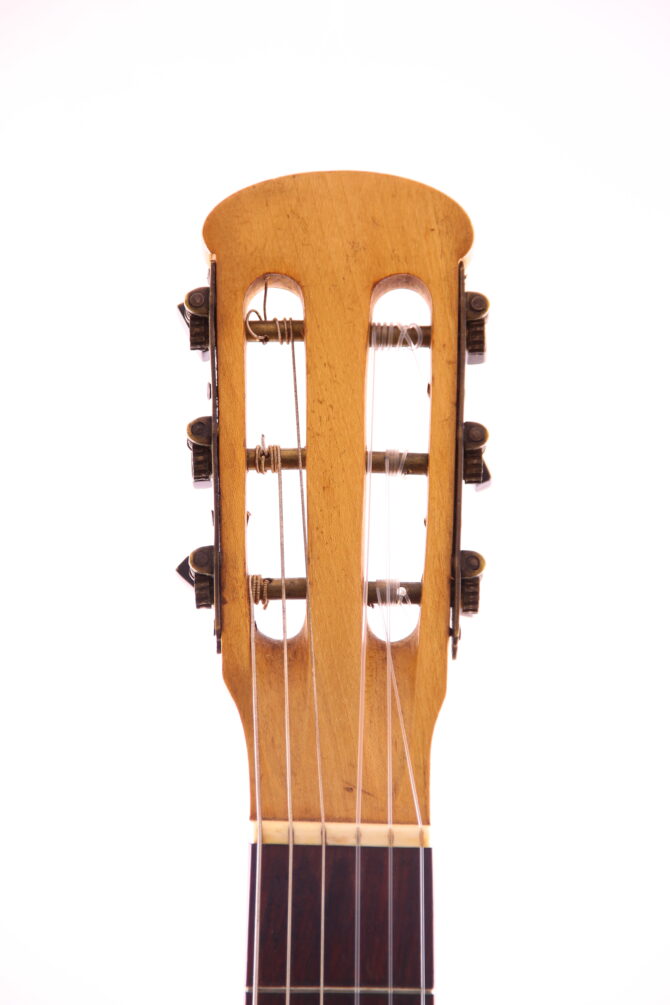 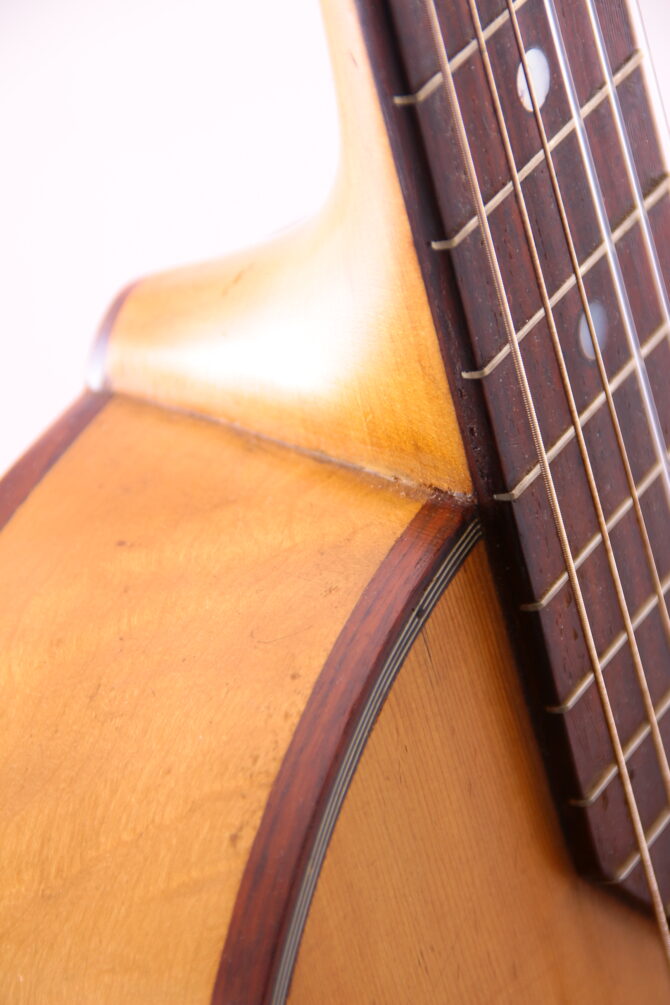 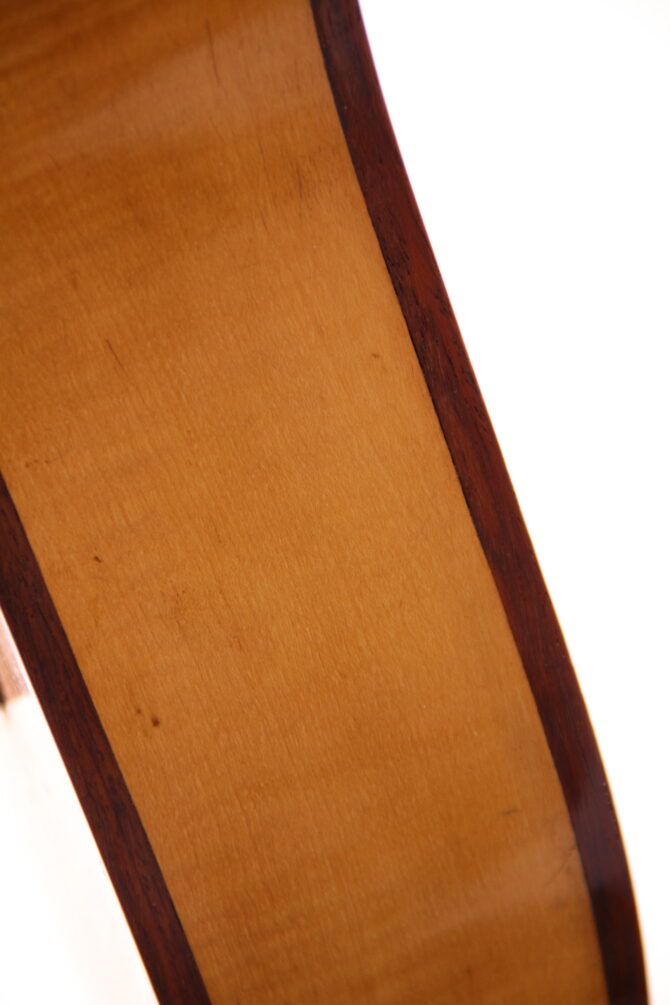 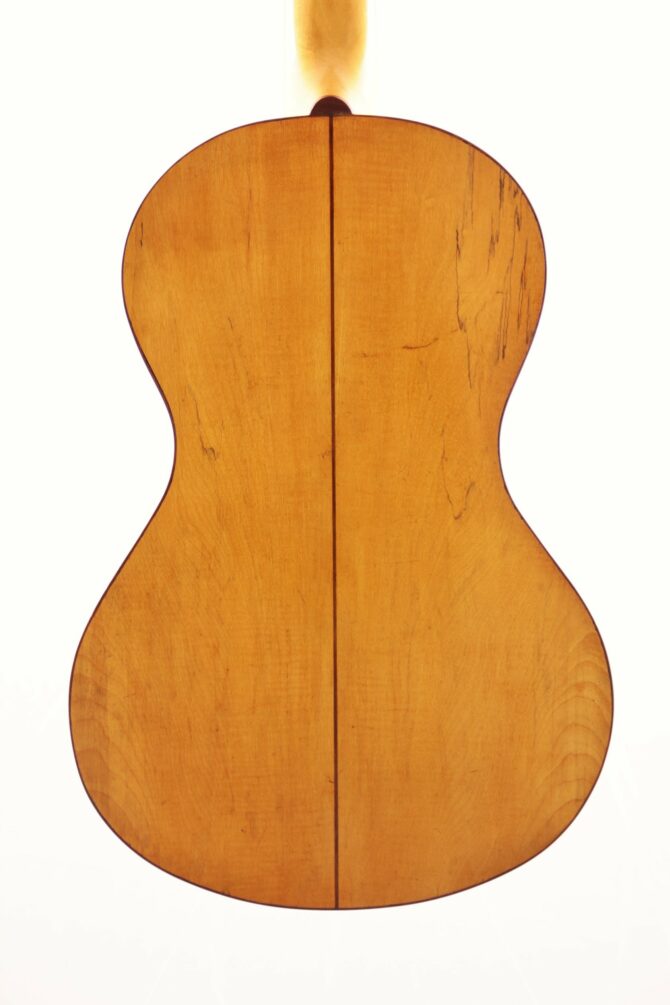 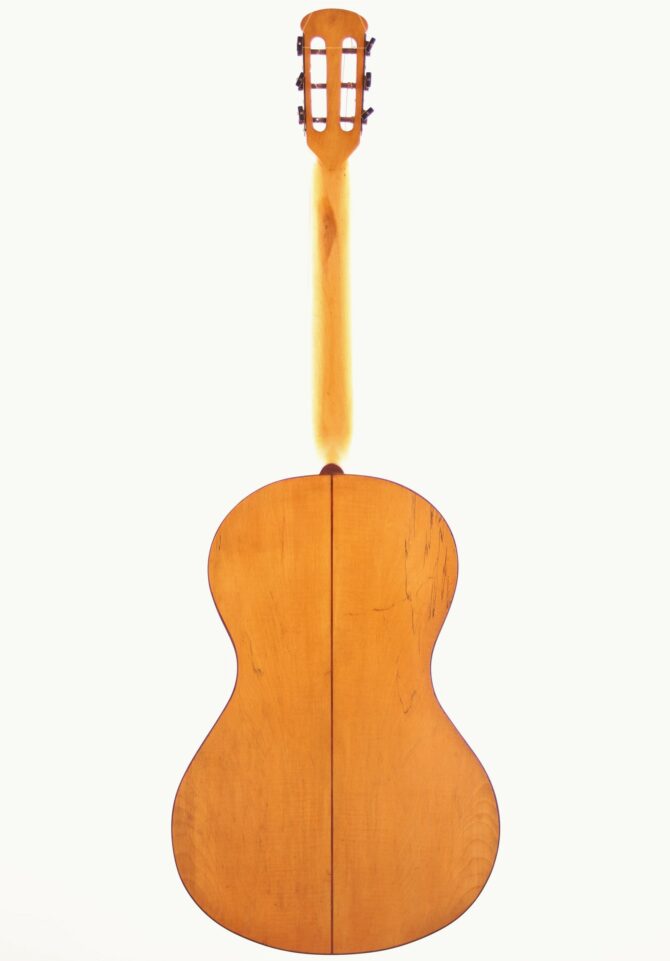 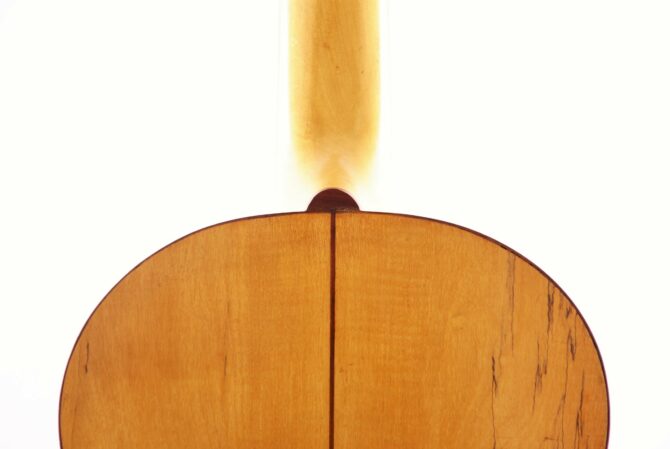 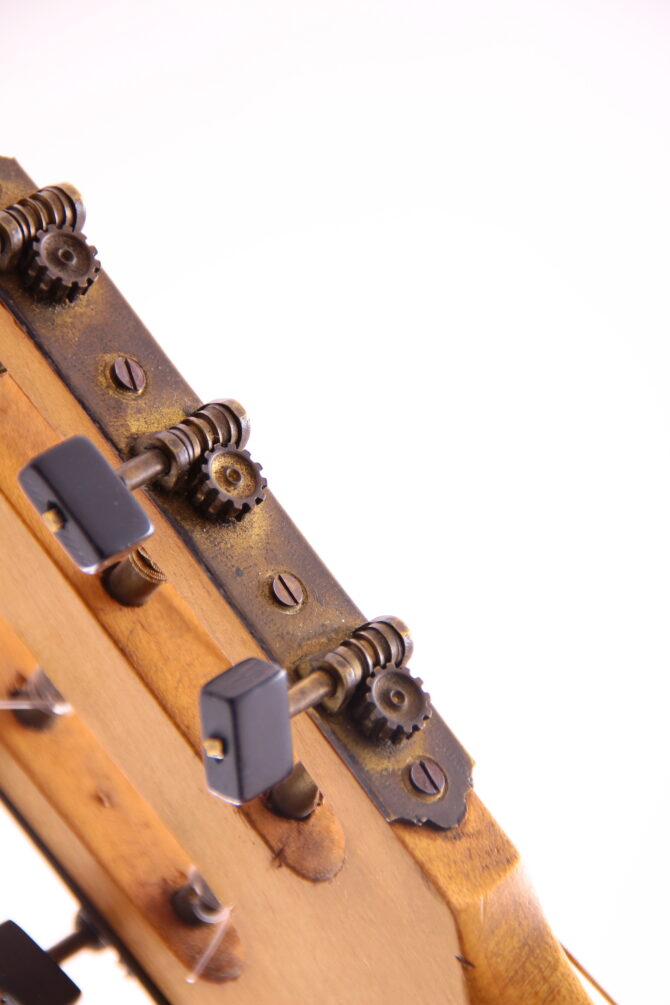 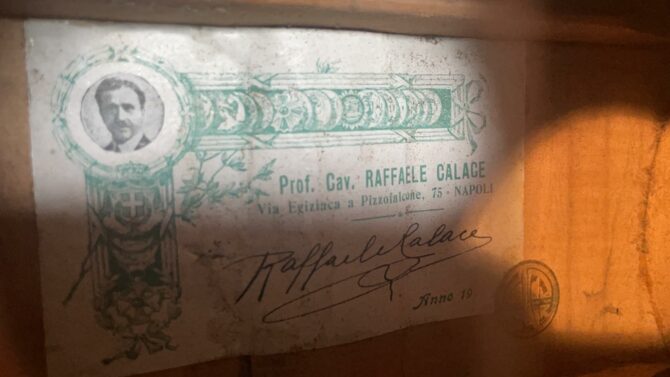 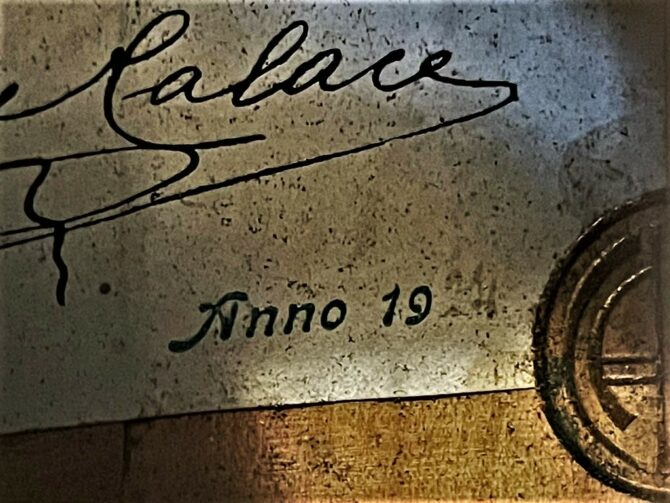 Raffaele Calace (* 1863 in Naples; † 1934) was an Italian mandolin player, composer and instrument maker.
He was an extraordinarily gifted person, as he was not only known as the best mandolinist in his time and had written over 200 of his own compositions. He was also significantly responsible for the modernisation of the Italian mandolin in instrument making.
He was known as a very good instrument maker and his mandolins and guitars are still very popular today.

This very beautiful guitar has a spruce top and maple back and sides. The scale length is 613 mm and the nut width is 44 mm.

The sound of this particular instrument is sweet, beautiful and lyrical. It also has a good volume.
When played melodically, it sings like the voice of a singer. But the guitar also unfolds an enormously powerful sound when it is played harder. The powerful, vocal trebles are balanced by the beautiful basses, which are full but not booming.
A wonderful and fine guitar to revive the music of the old times and to mentally transport yourself to other times and far away places.

This Rafaele Calace guitar is in good condition. It was professionally restored a few years ago. Action and playability are very good.