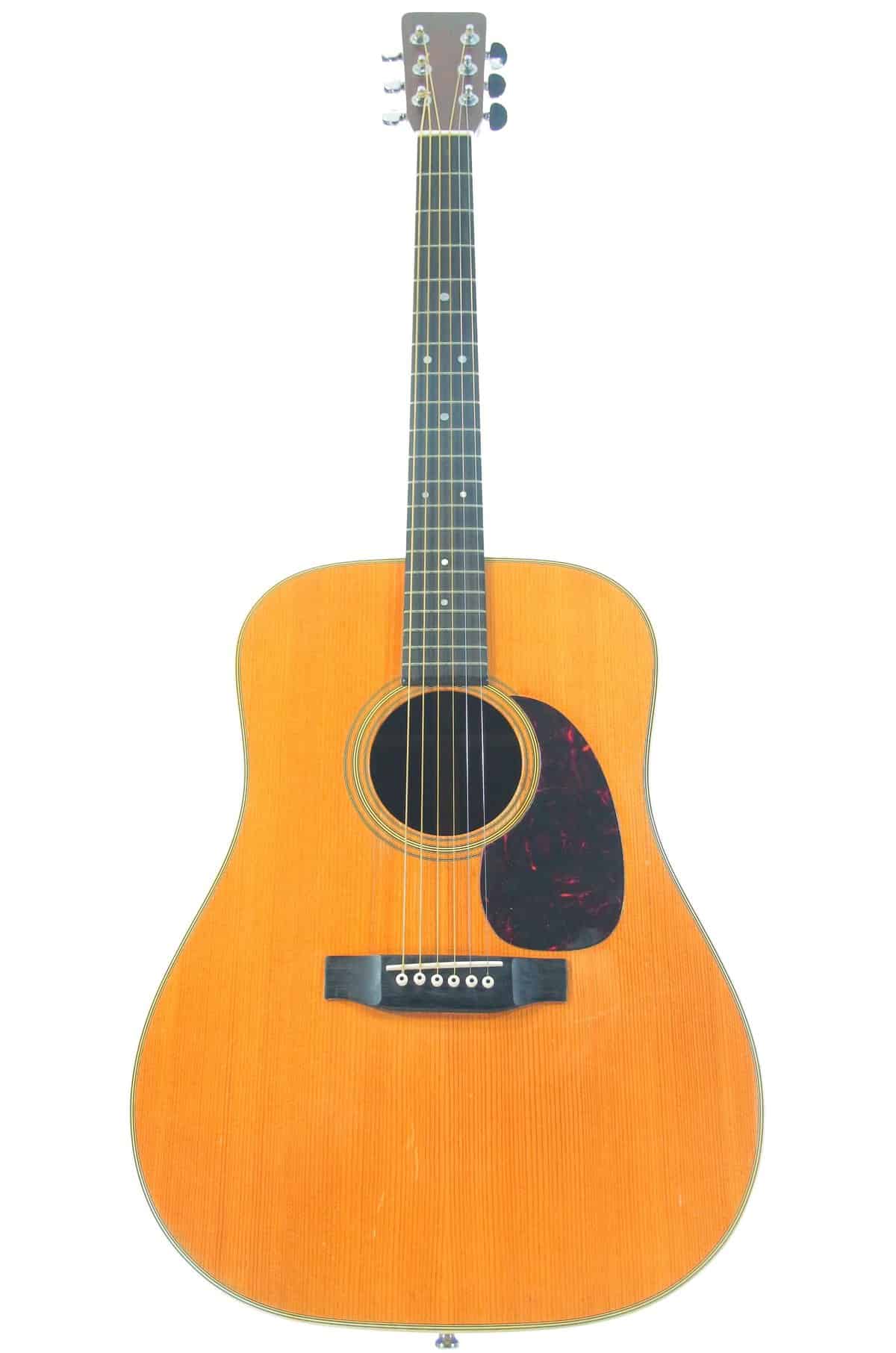 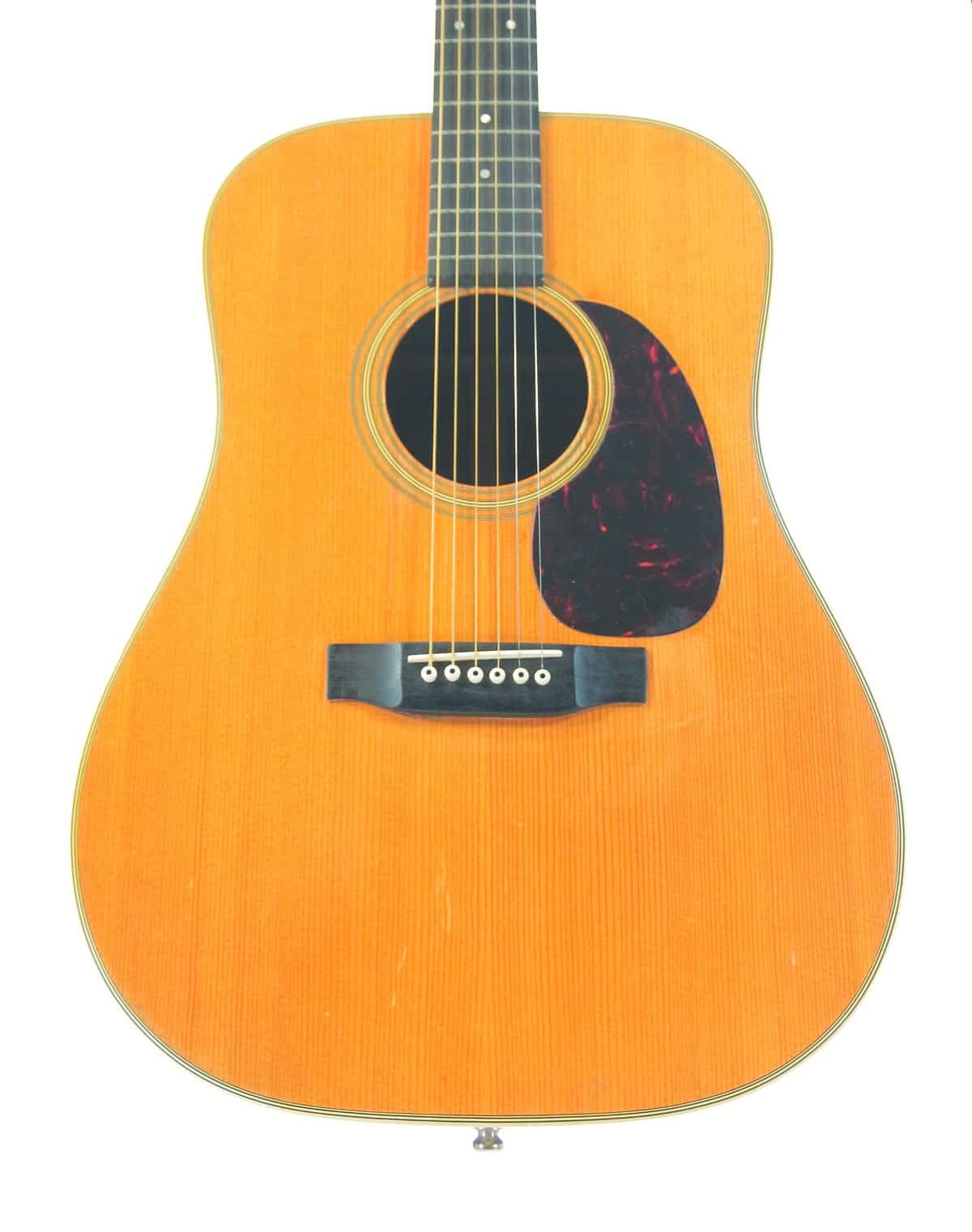 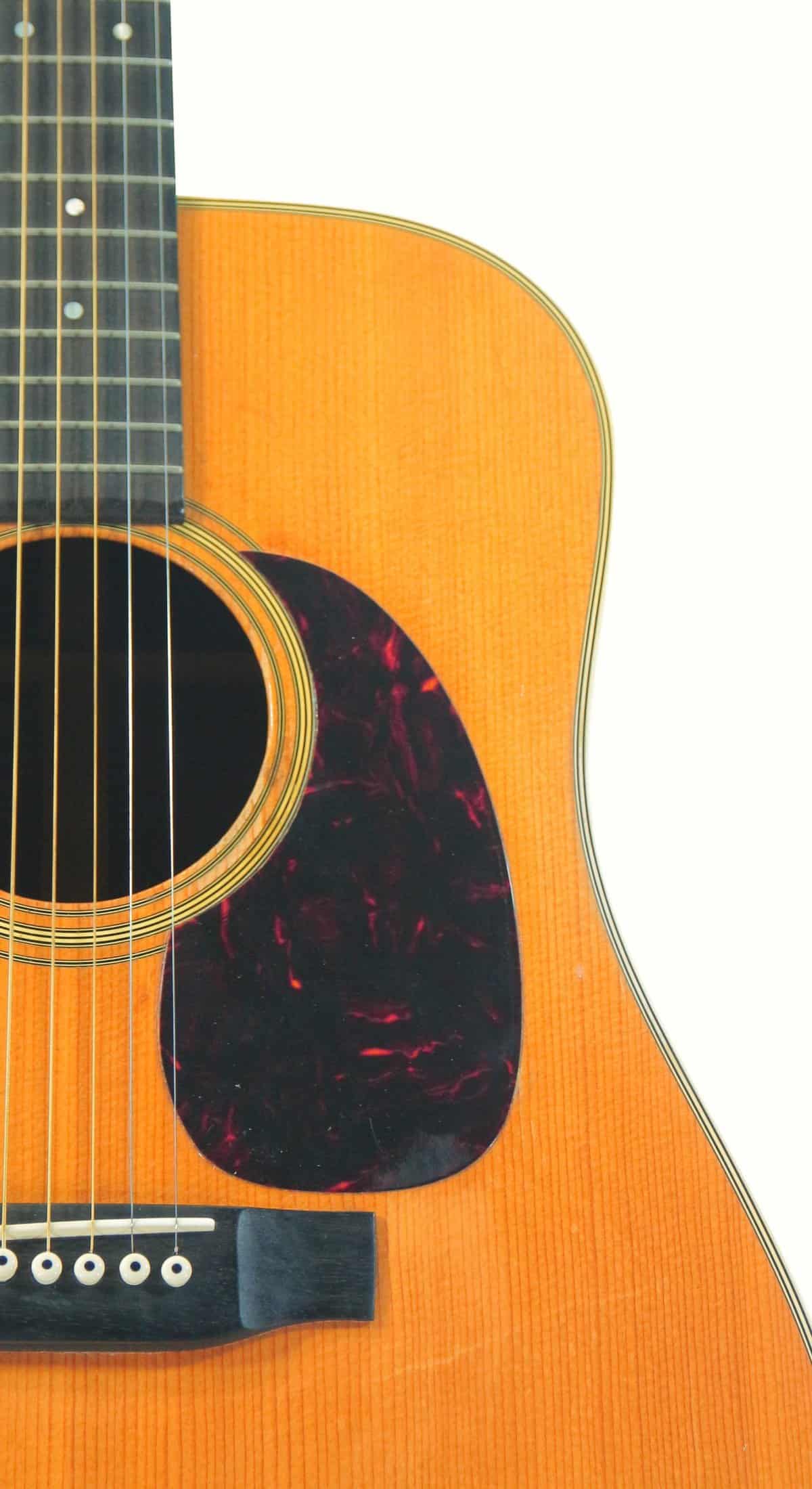 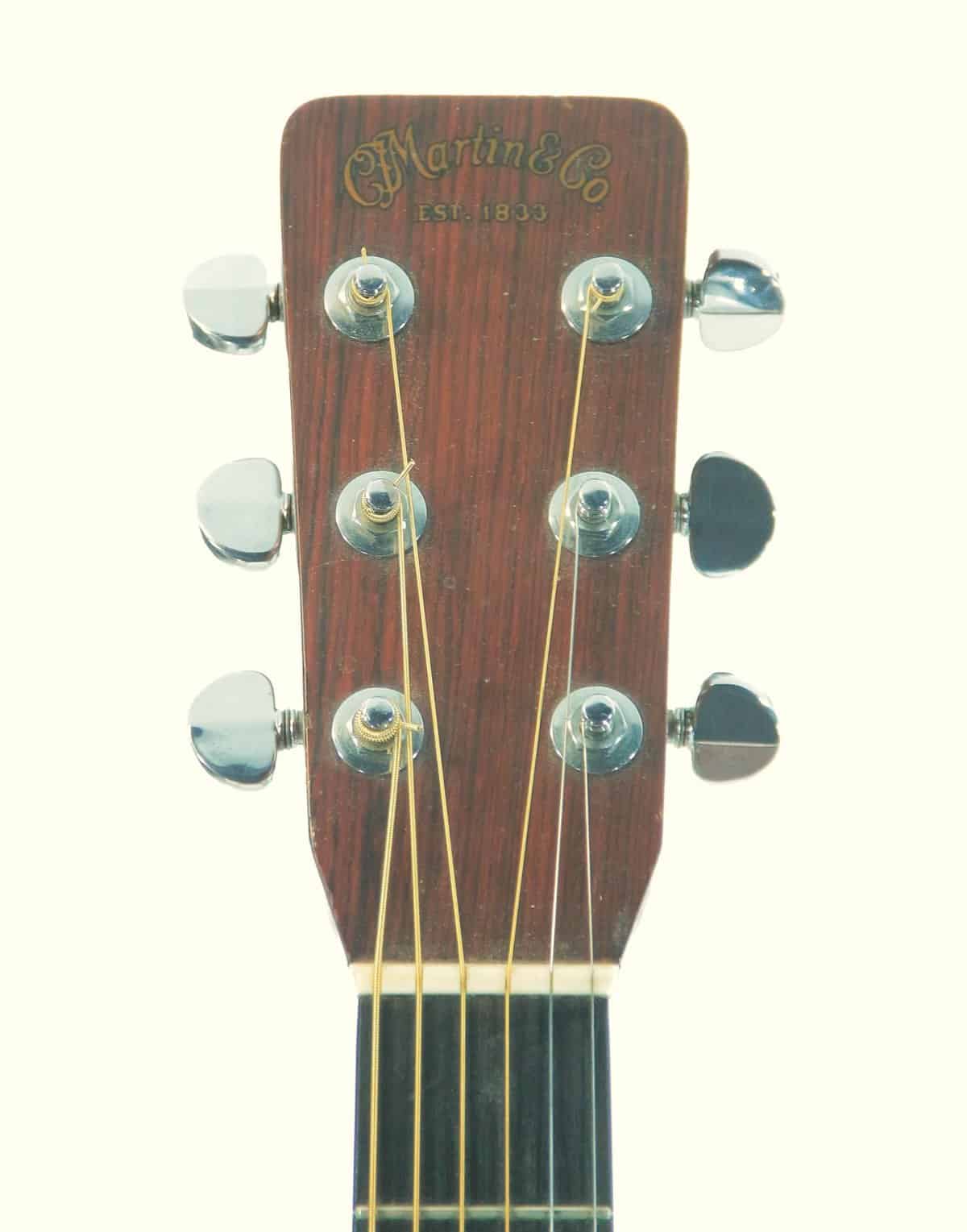 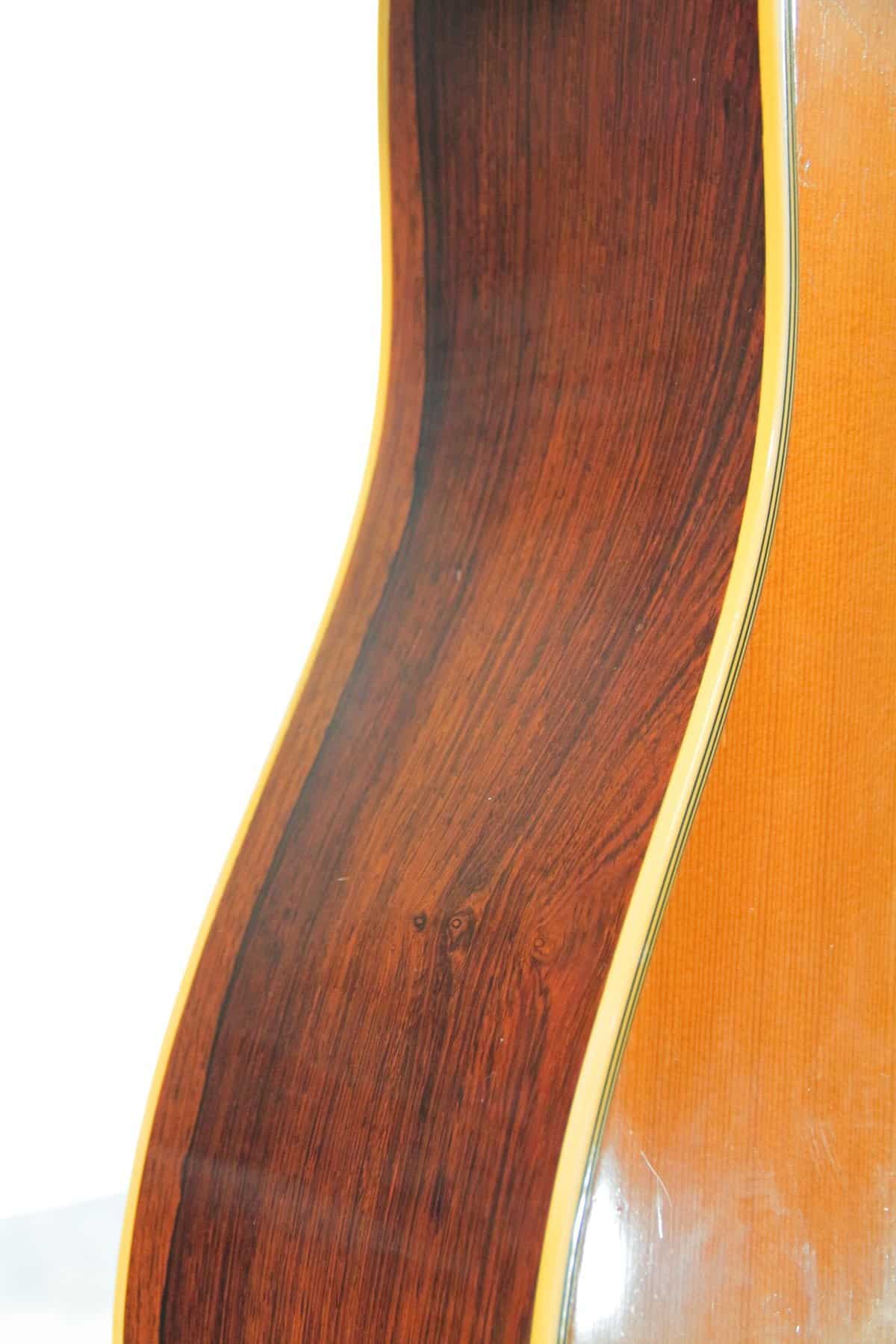 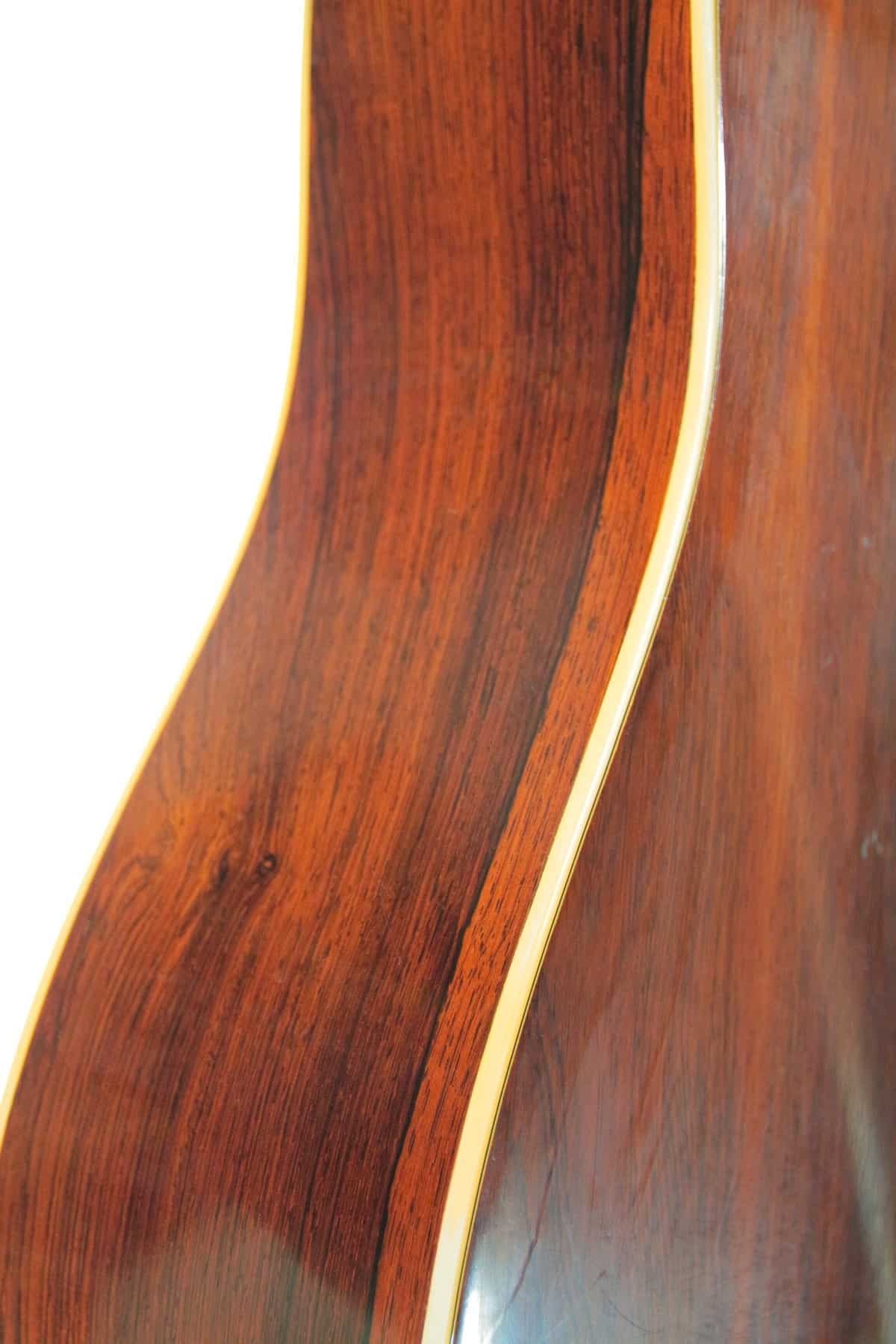 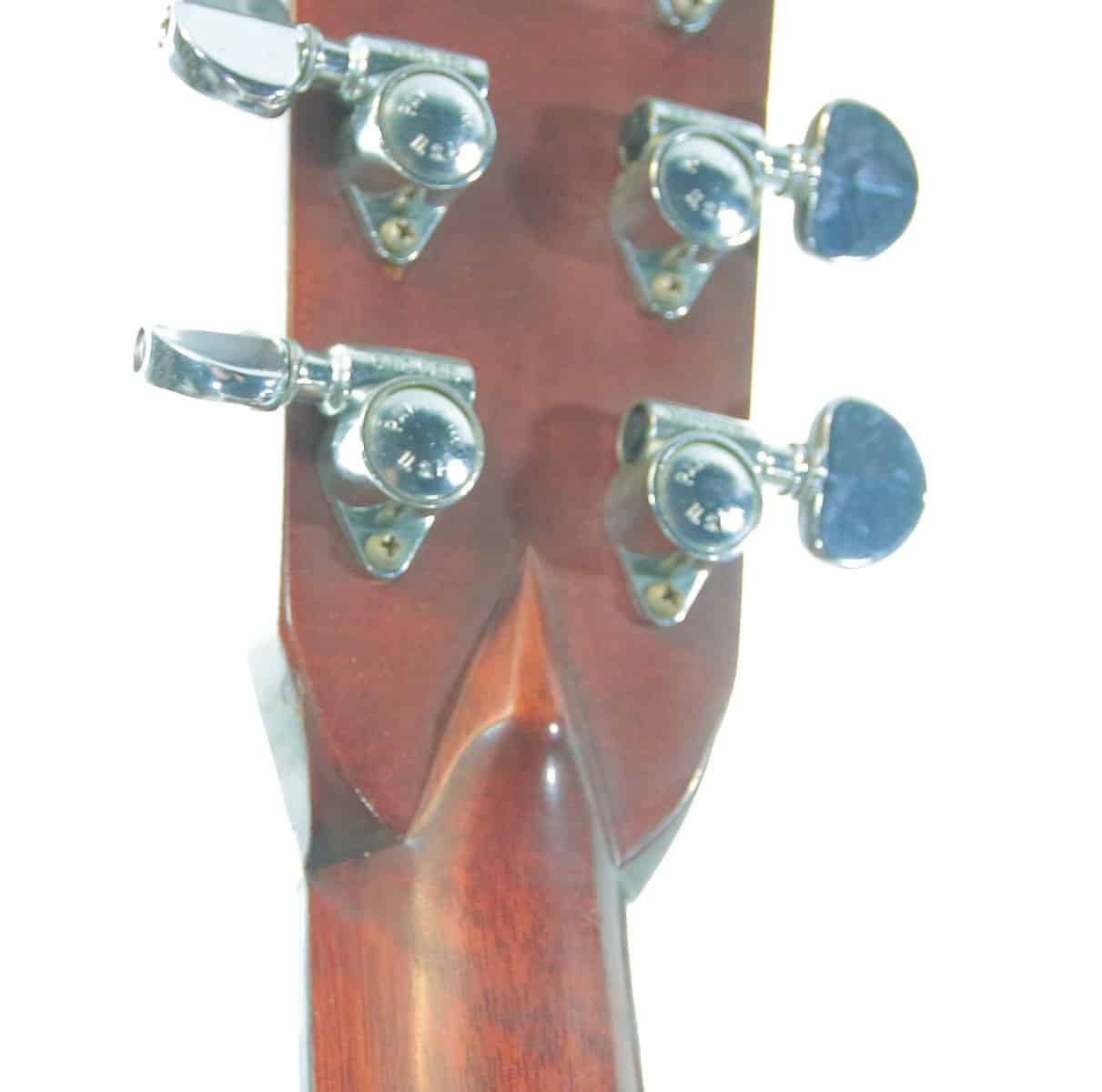 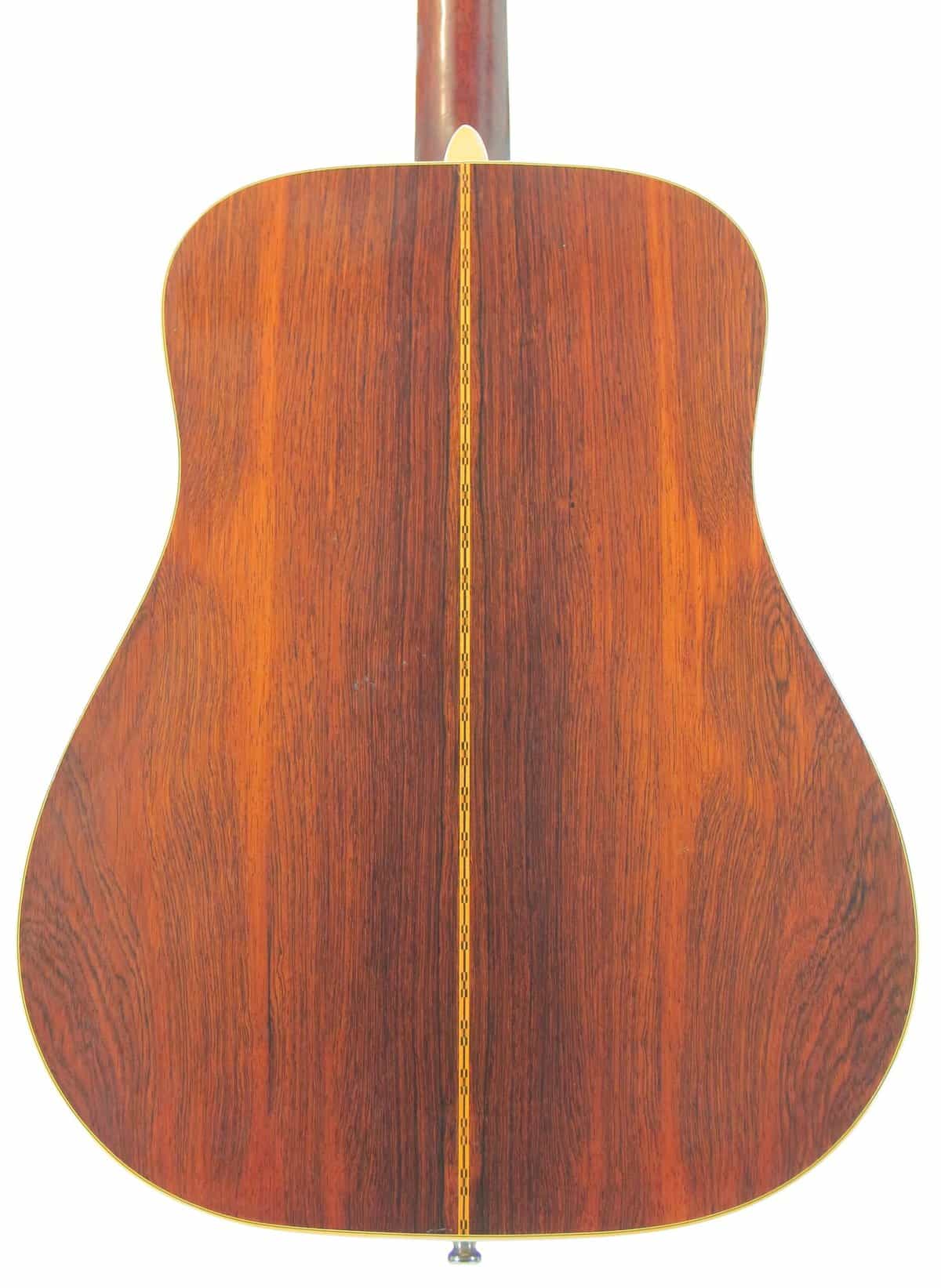 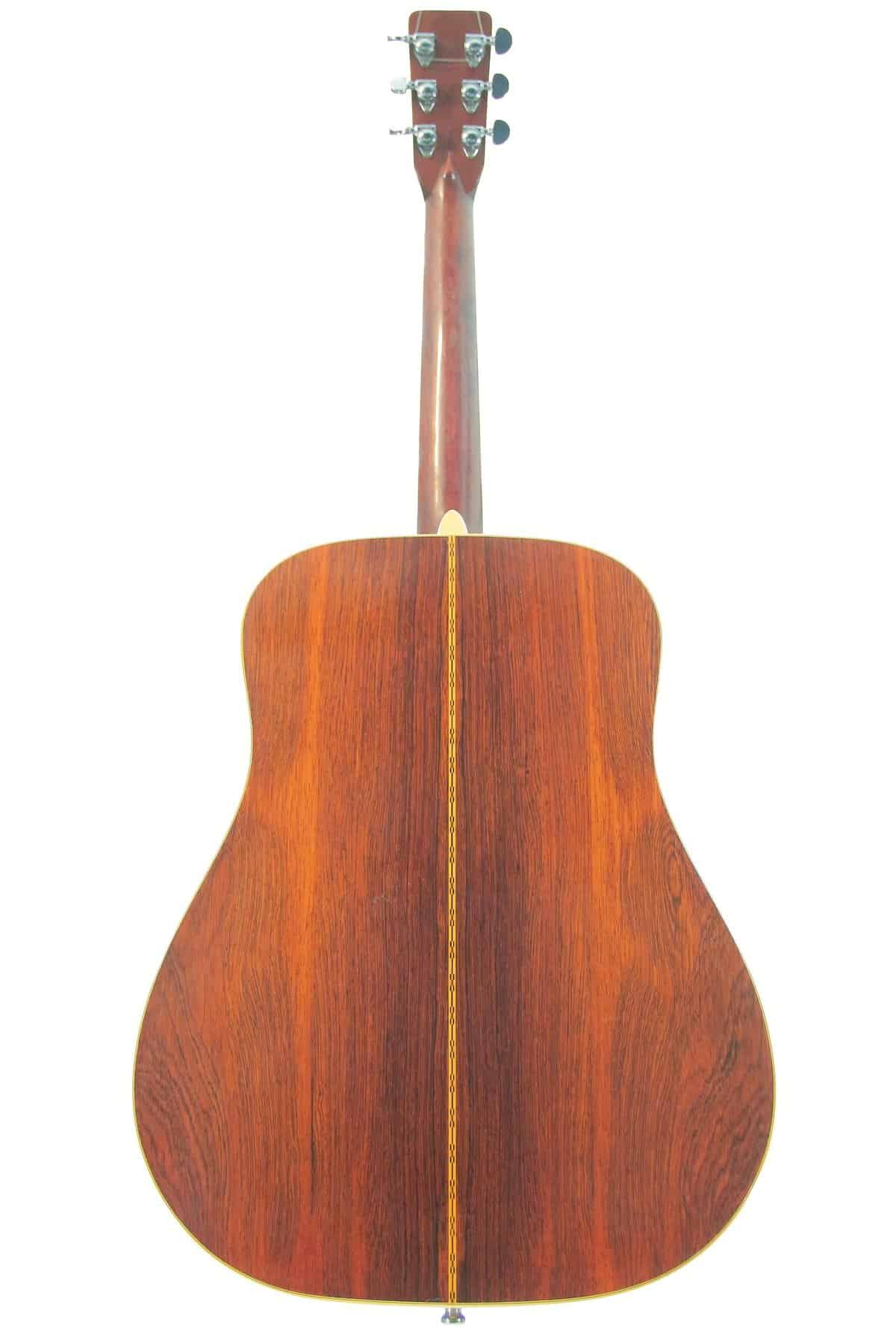 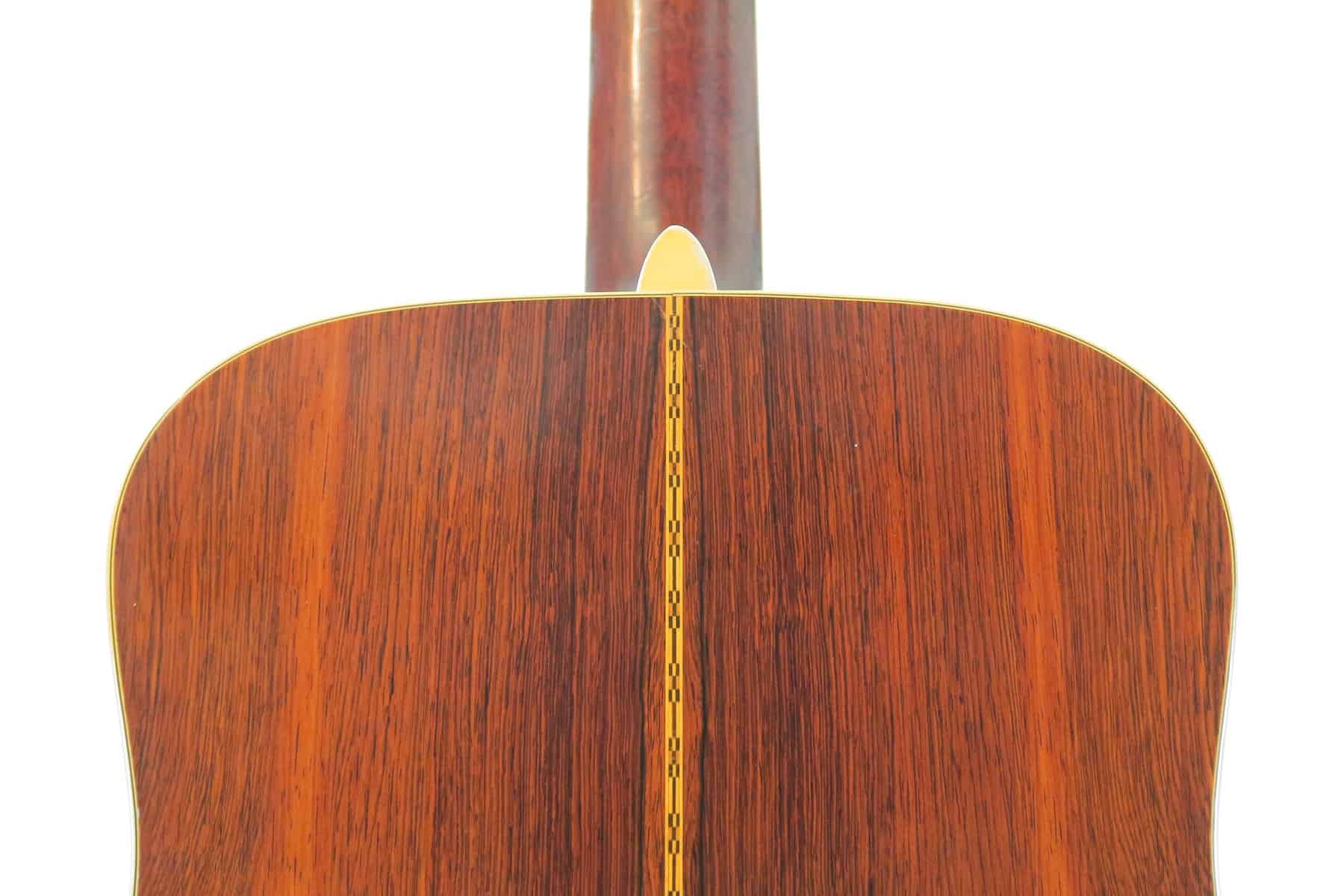 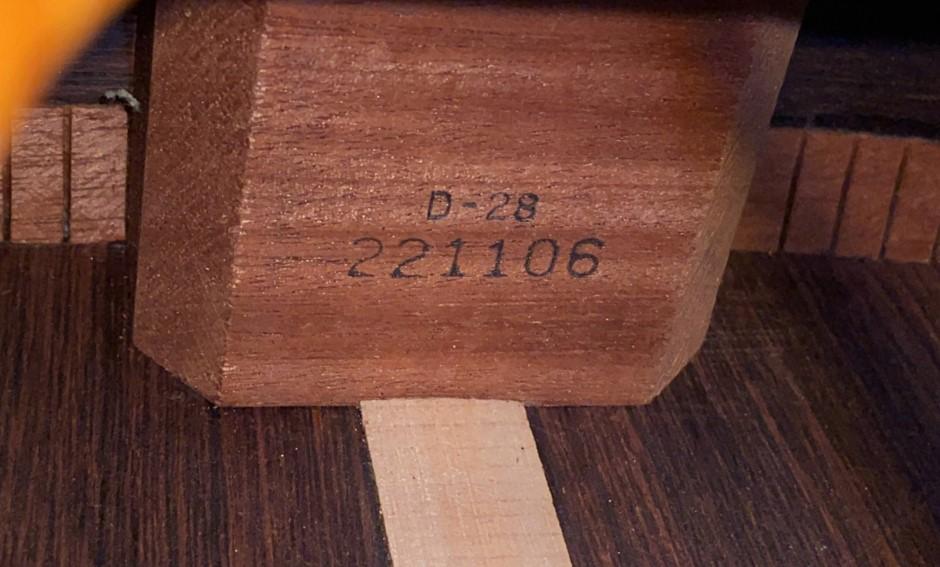 This Martin D-28 1967 is the real thing. A players dream – it sounds like a cannon and plays nice and easy!

From its introduction in 1931, the C F Martin D-28 has been a successful, reliable design used by countless guitarists in performance and recordings.

The C F Martin D-28 shares a basic body design with other D or Dreadnought series bodies, and features a Spruce top paired with Rosewood for the back, sides and headplate, Mahogany for the neck and Ebony for the fingerboard and bridge.

This is a post-war guitar, and its construction details indicate that. Pre-war guitars had Herringbone purfling around the top and elsewhere.

It’s a treat to play a guitar like this. The tone is rich and full with the typical Rosewood warmth, while the Adirondack Spruce top provides sparkle and clarity even when played hard. It sounds like a dream and many professional players who tried this guitar stated, that it is a very nice guitar.

This Martin D-28 1967 plays extremly well, and it’s ready to go! Over the years this guitar has been serviced. It had a neck reset. It is in great condition – extremly clean for a guitar of this age.