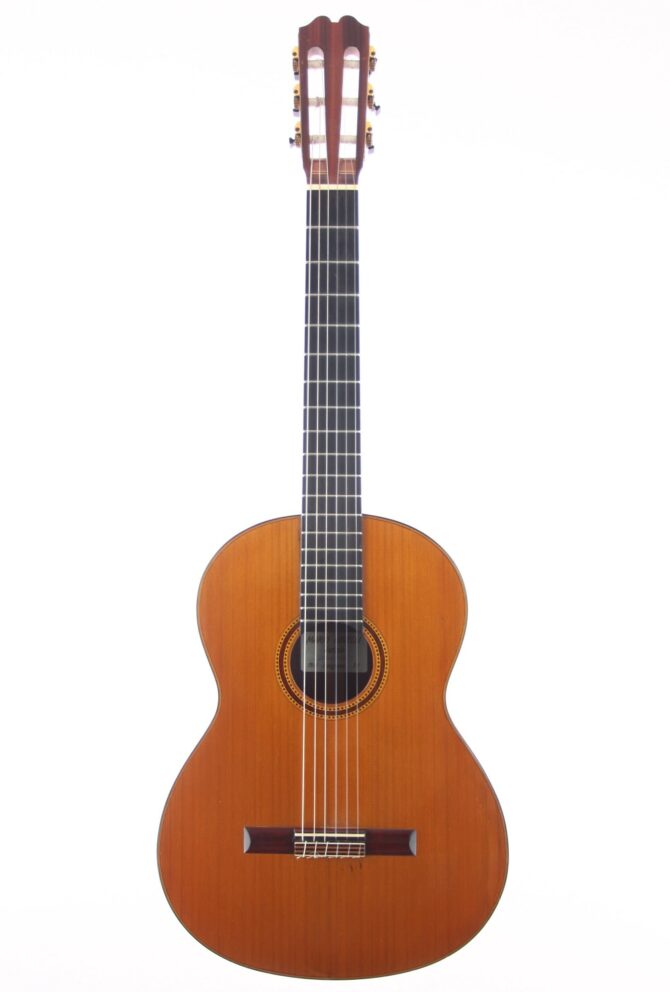 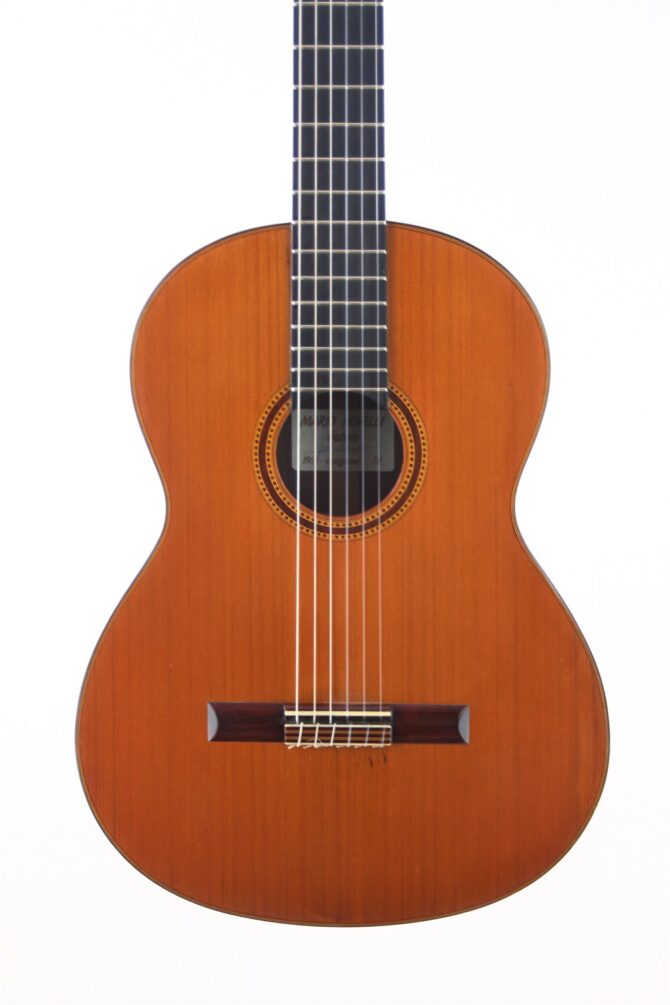 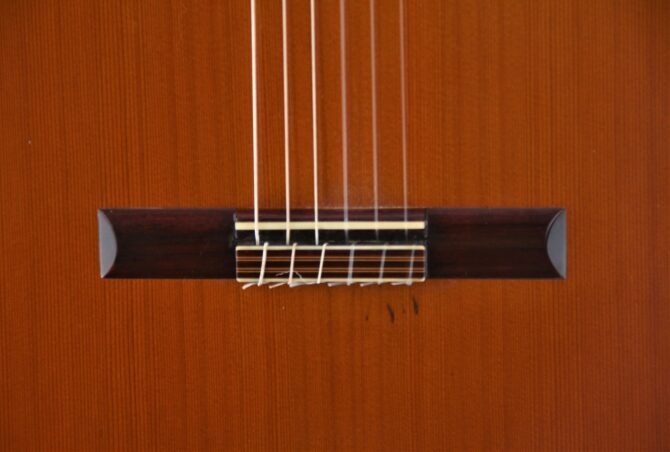 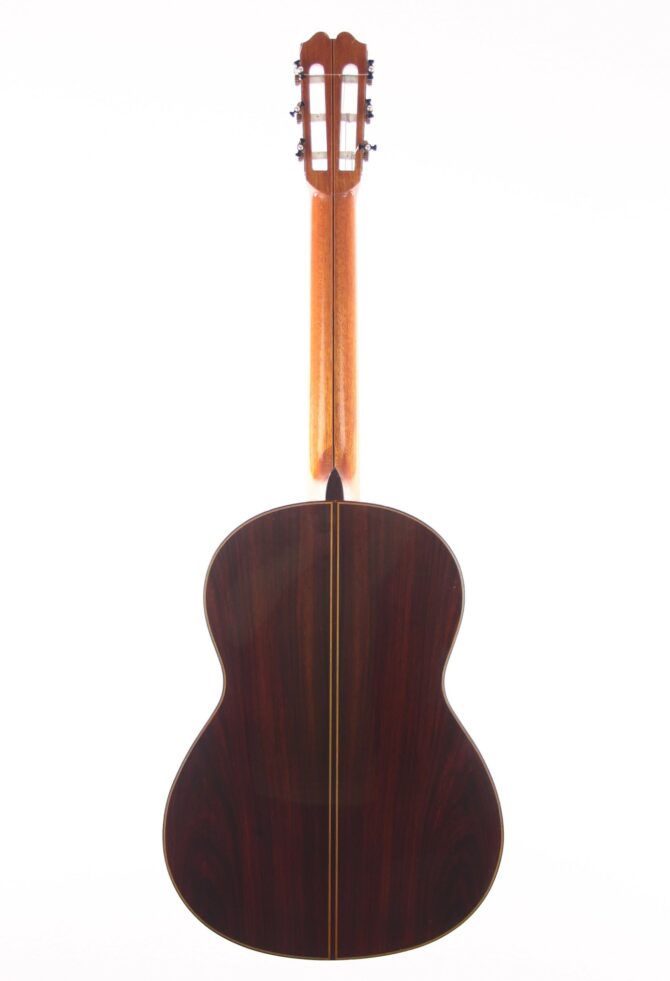 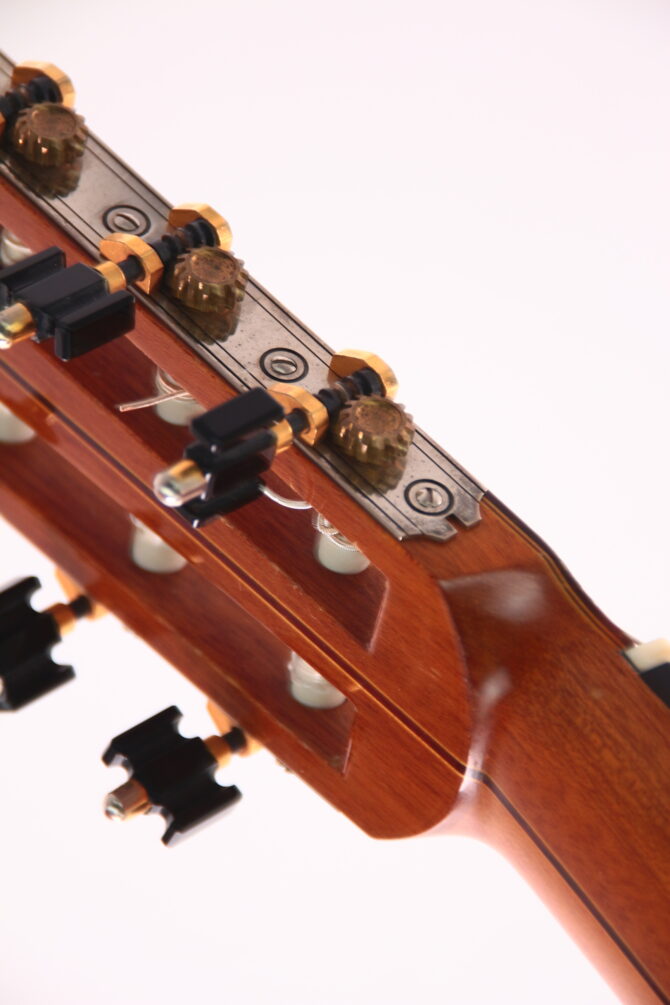 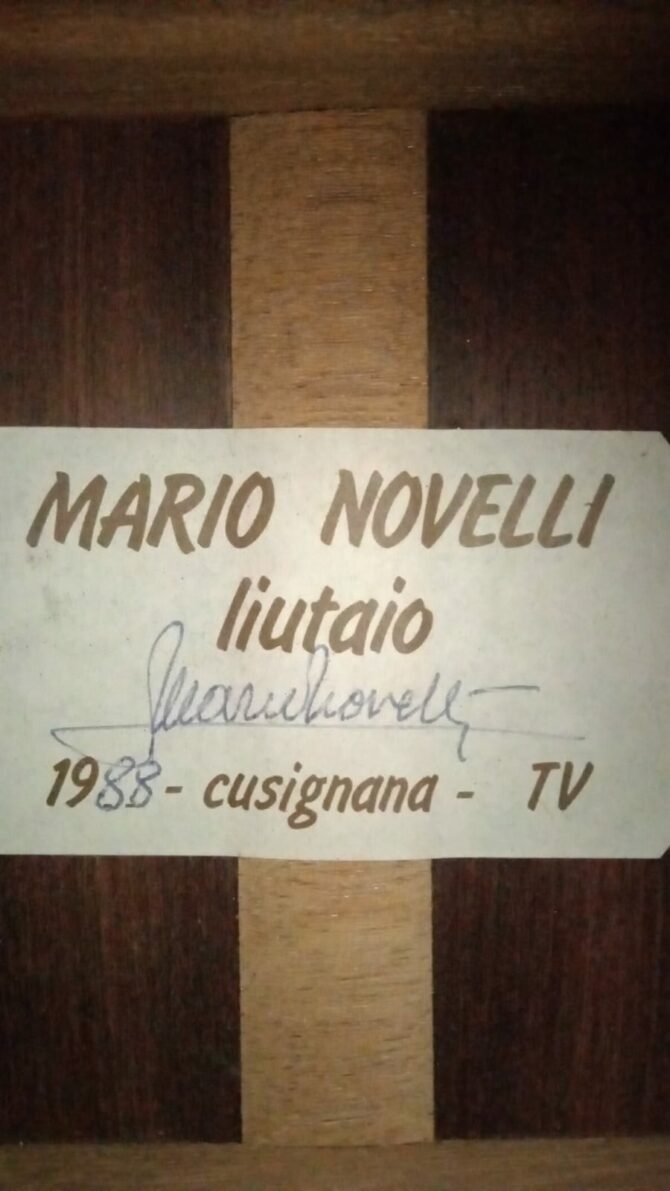 The master guitar builder Mario Novelli was born in Florence, Italy, in 1926. He began working as a guitar maker at a very early age and can now look back on a long and successful career. The special thing about Mario Novelli is that he attaches great importance to making all the components of the guitar himself.
Therefore, he not only built and carved the head and the body of the guitar, but also the tuners and even the screws in painstaking and time-consuming work.

His attention to detail and the great effort he put into each guitar eventually made him world famous. His guitars are played and recorded by great classical guitarists of the world, such as Bruno Giuffredi, professor at the Conservatory of Music of NOVARA “Guido Cantelli” Italy and G. Regondi of the Guitar Academy of Milan, Italy.
Marco Carta, Emanuele Addis, Davide Gemmo also play his excellent instruments. Videos on You Tube show the excellent virtuoso skills that these players present with Mario Novelli’s guitars.

This very beautiful example was built by Mario Novelli in 1988. The guitar was built with wonderful rosewood for back and sides and a beautiful cedar top. The nut width is 52 mm and the scale length is 660 mm.

The guitar is light and powerful in sound, but also balanced at the same time. It is a very successful instrument and the playability is very comfortable.
This guitar was made for the highest demands of concert guitarists. The instrument has a fast response, a long sustain and an even sound balance over the whole fingerboard as well as an excellent projection.
The tone woods and all materials used are of the highest quality to produce the best possible tone.

There are only a few signs of playing visible and overall the instrument is in very good condition. A good case is included.