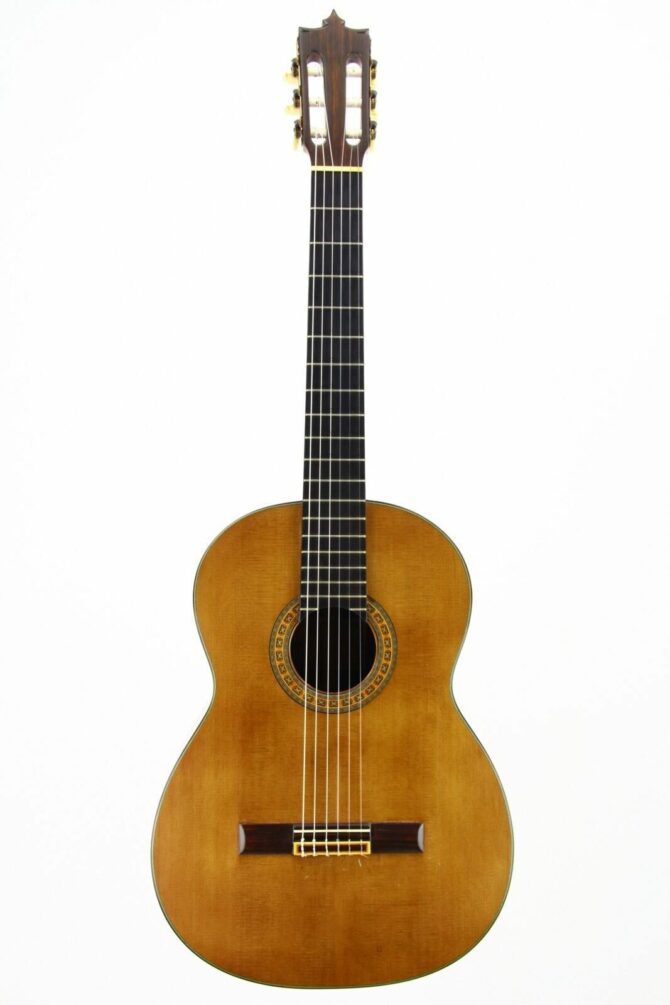 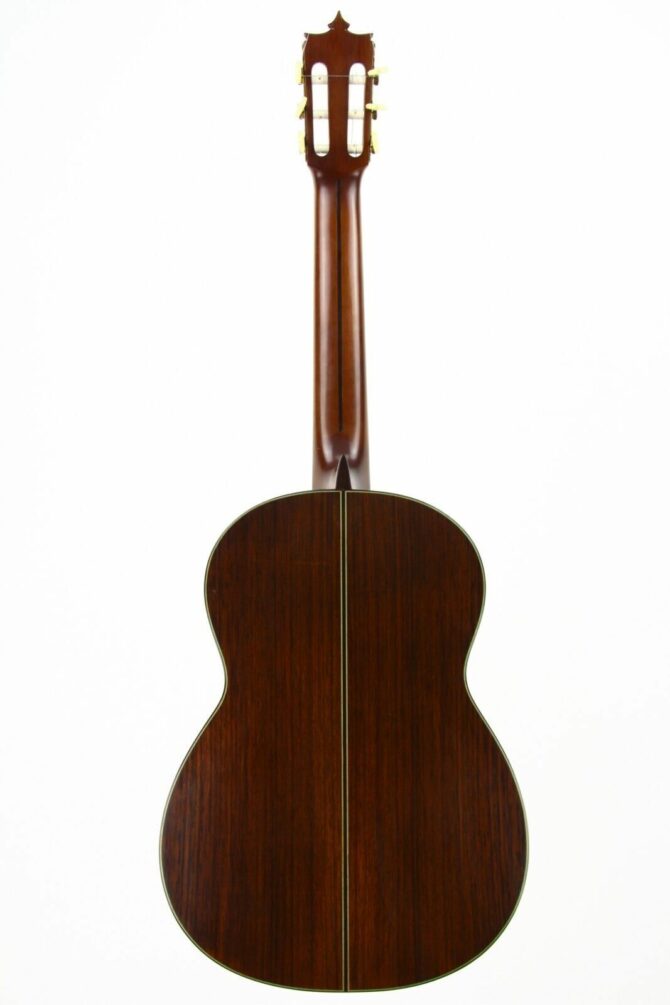 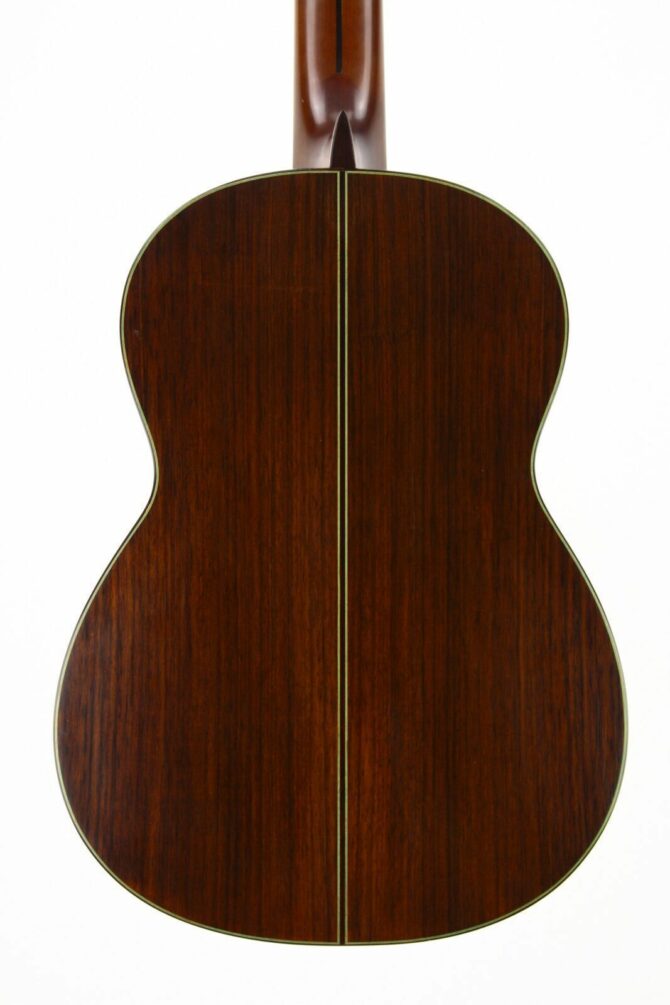 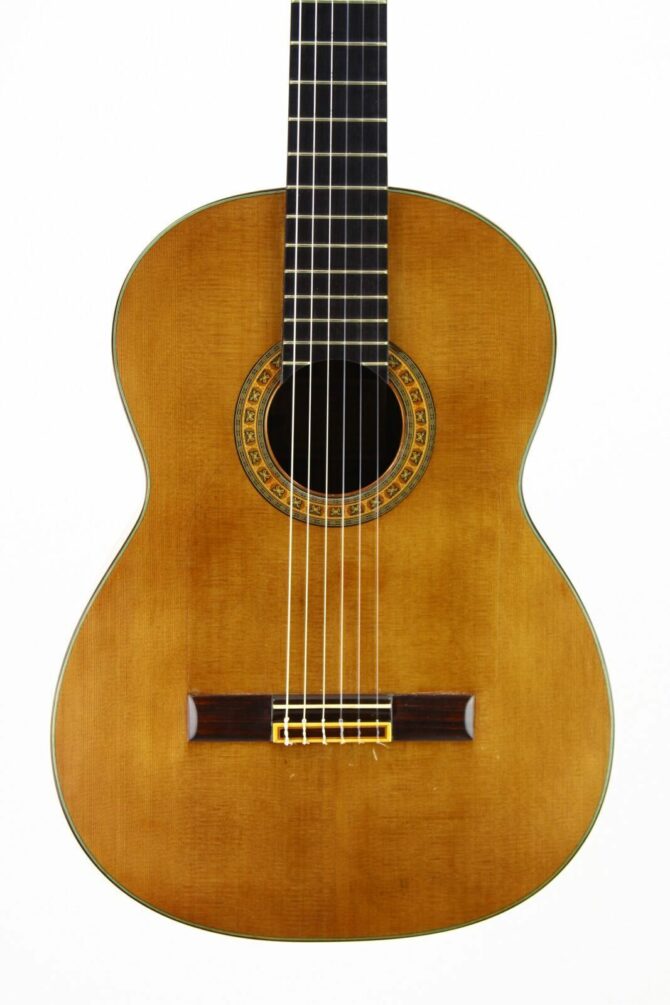 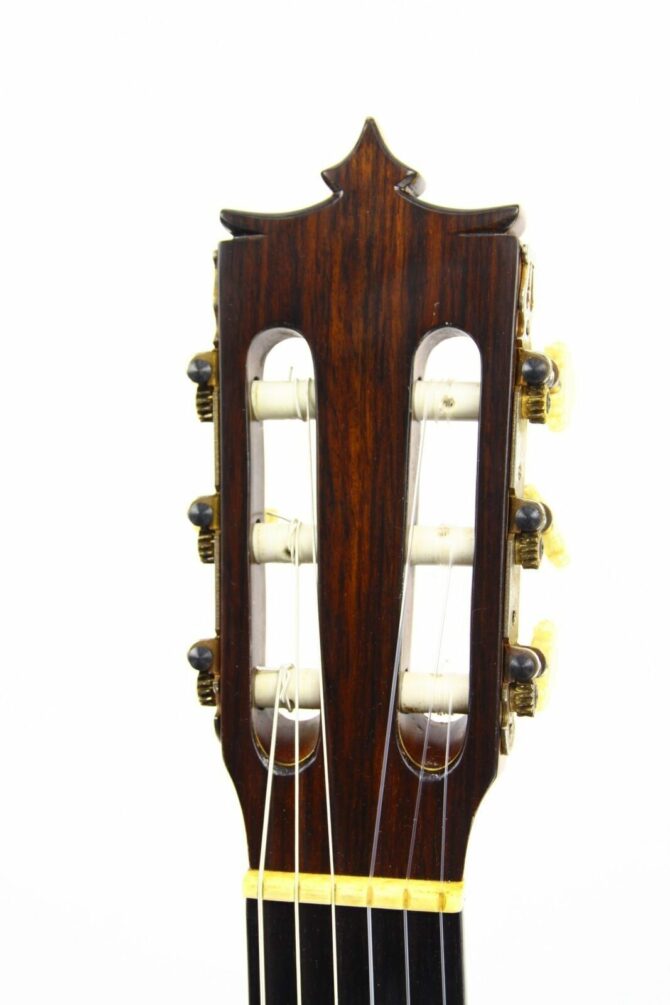 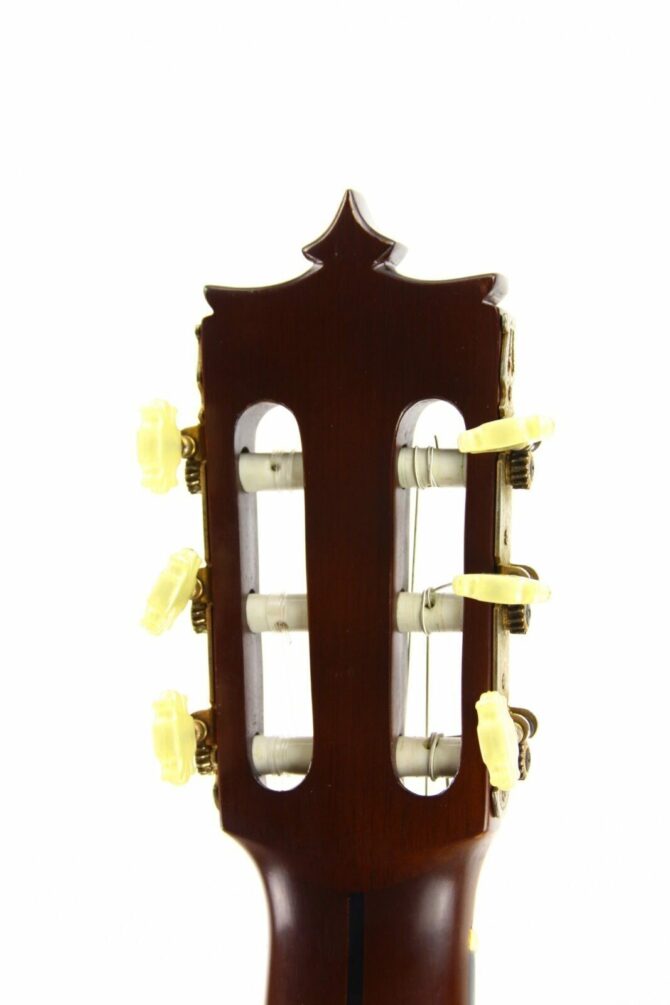 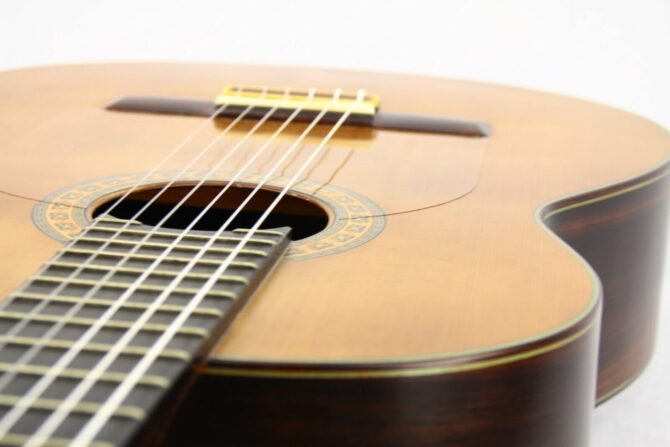 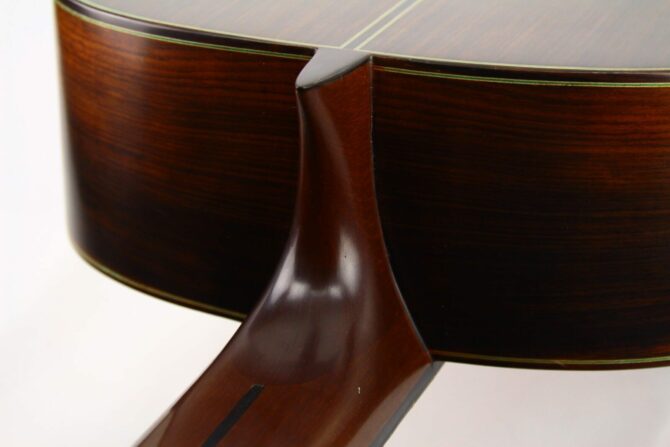 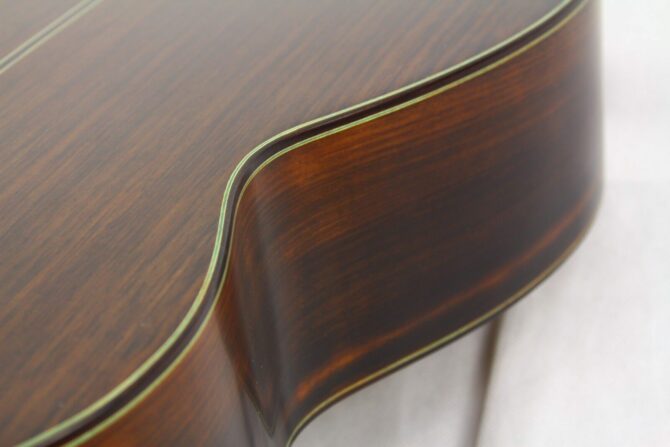 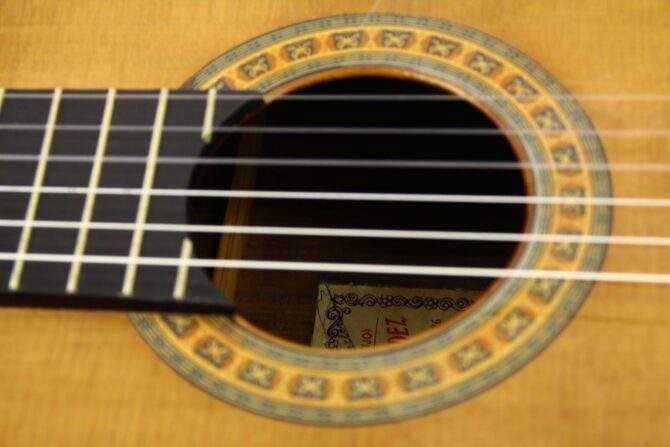 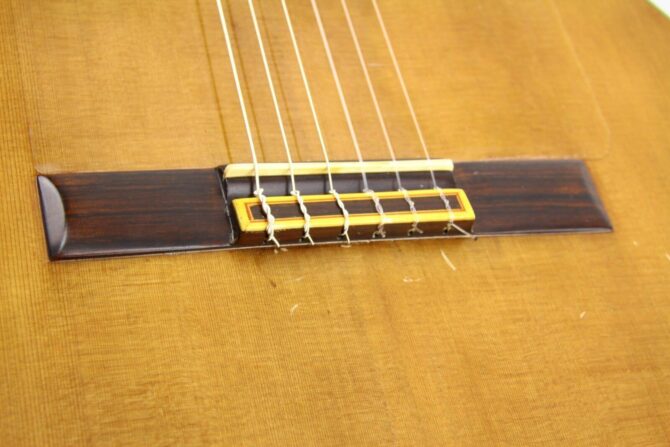 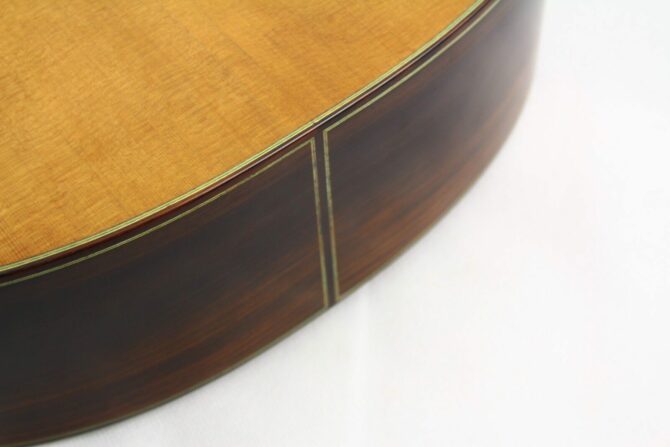 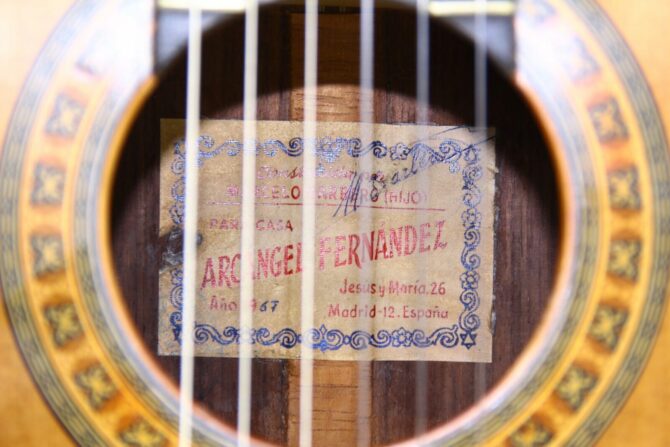 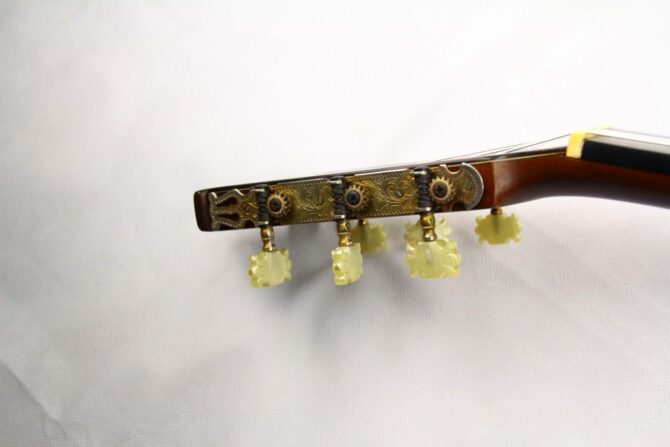 Marcelo Barbero 1967 (Hijo) – the amazing and deep sound of this guitar will definitely impress you. It has a dark and mystical touch.

This guitar has a wonderful, dark sound with bold basses and strong trebles. It is incedibly loud and fills every room imediately with sweet tones.
It sounds like an old spruce top Miguel Rodriguez (at considerably lower price) from the same era. It has the raspy, open vibrant sound of a great mid-century flamenco while retaining the warmth and lyrical beauty of a great classical.

The condition of this Marcelo Barbero 1967 (Hijo) is excellent with no breaks, cracks or repairs. The original frensh polish has nicely and professionally been refreshed.

The guitar has a scale length of 665 mm and a nut width of 52 mm. It is very well adjusted, with a low action and a straight neck.

This Marcelo Barbero 1967 (Hijo) is a great guitar built in one of the most famous workshops in Spanish guitar making history.