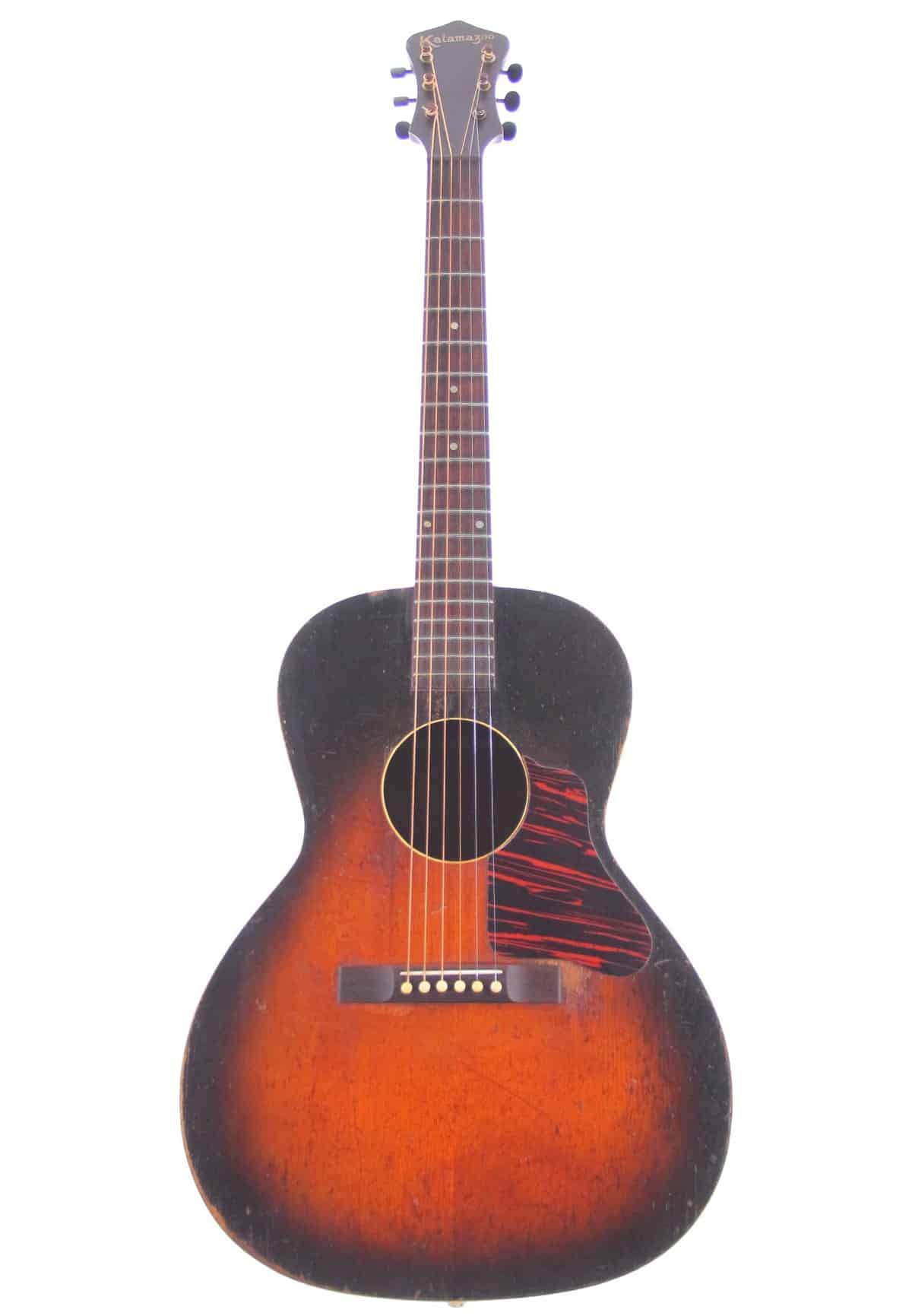 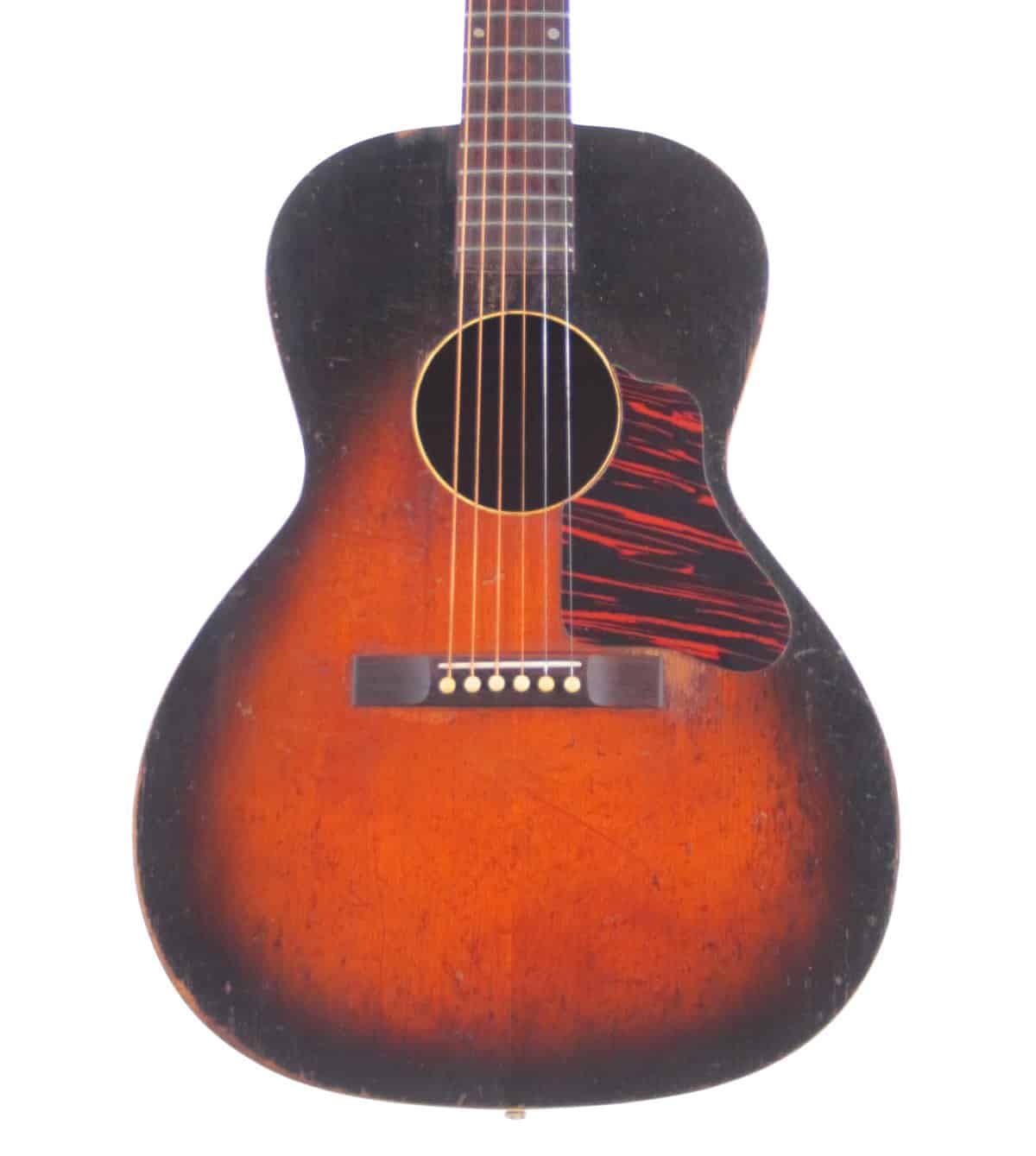 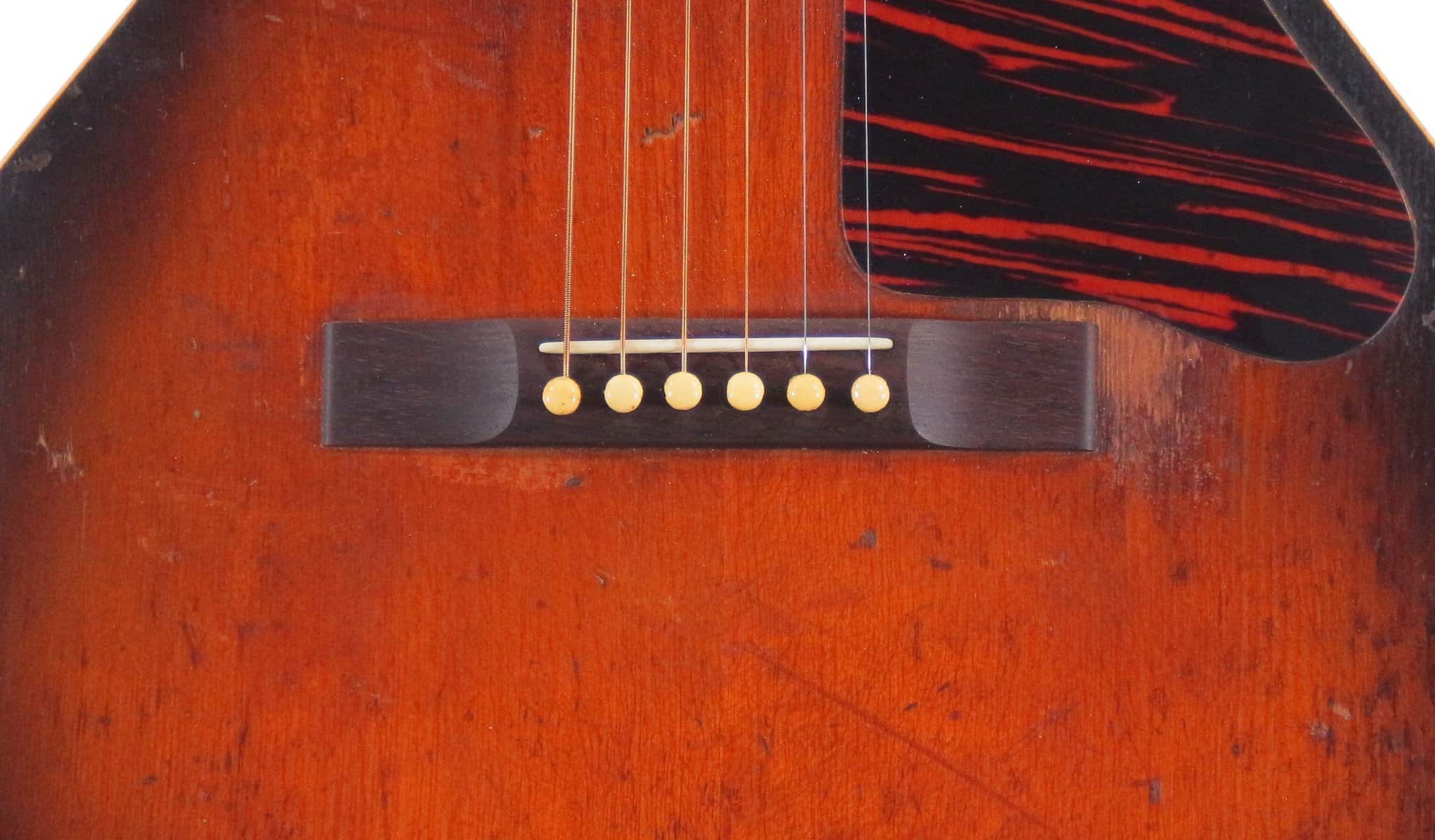 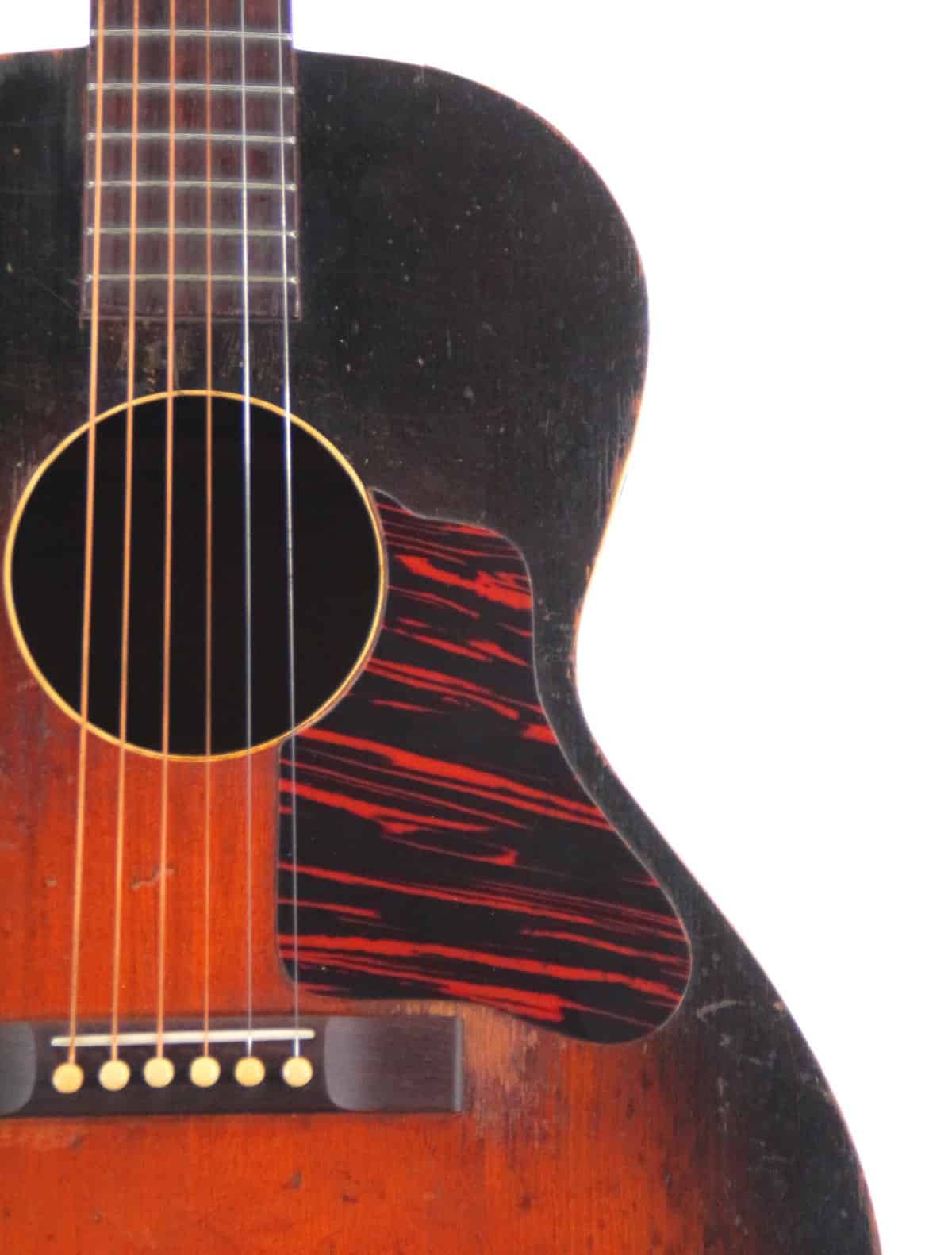 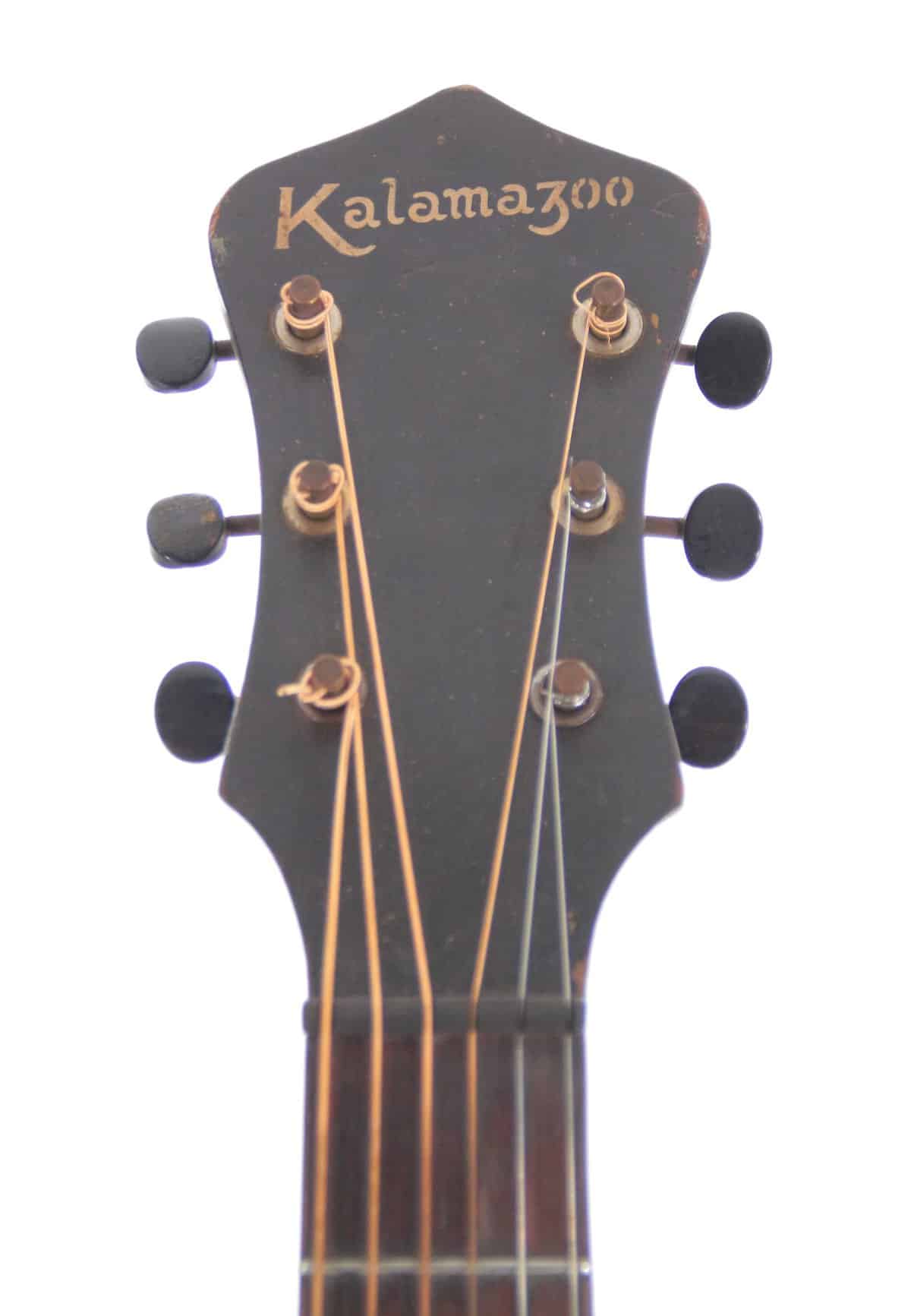 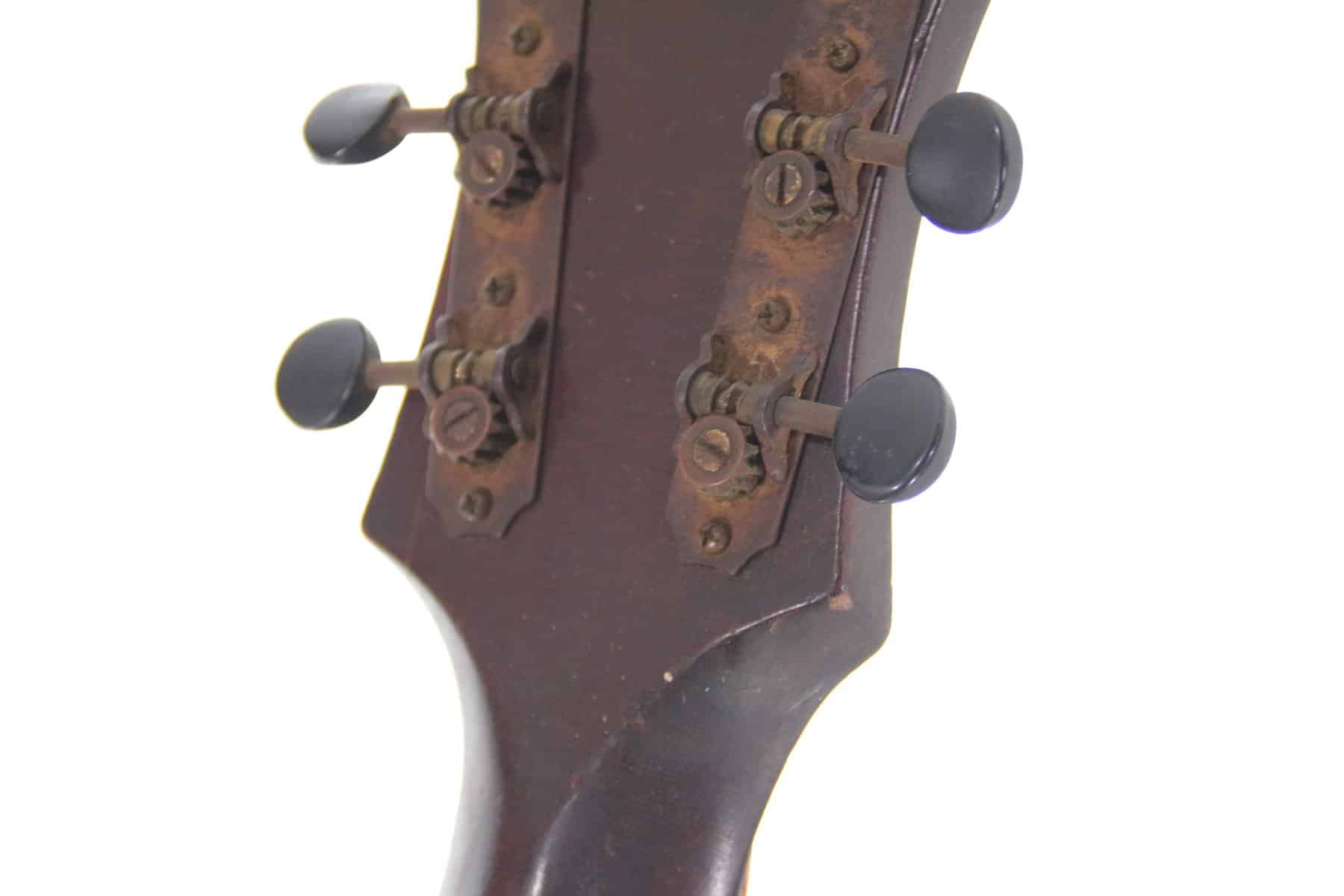 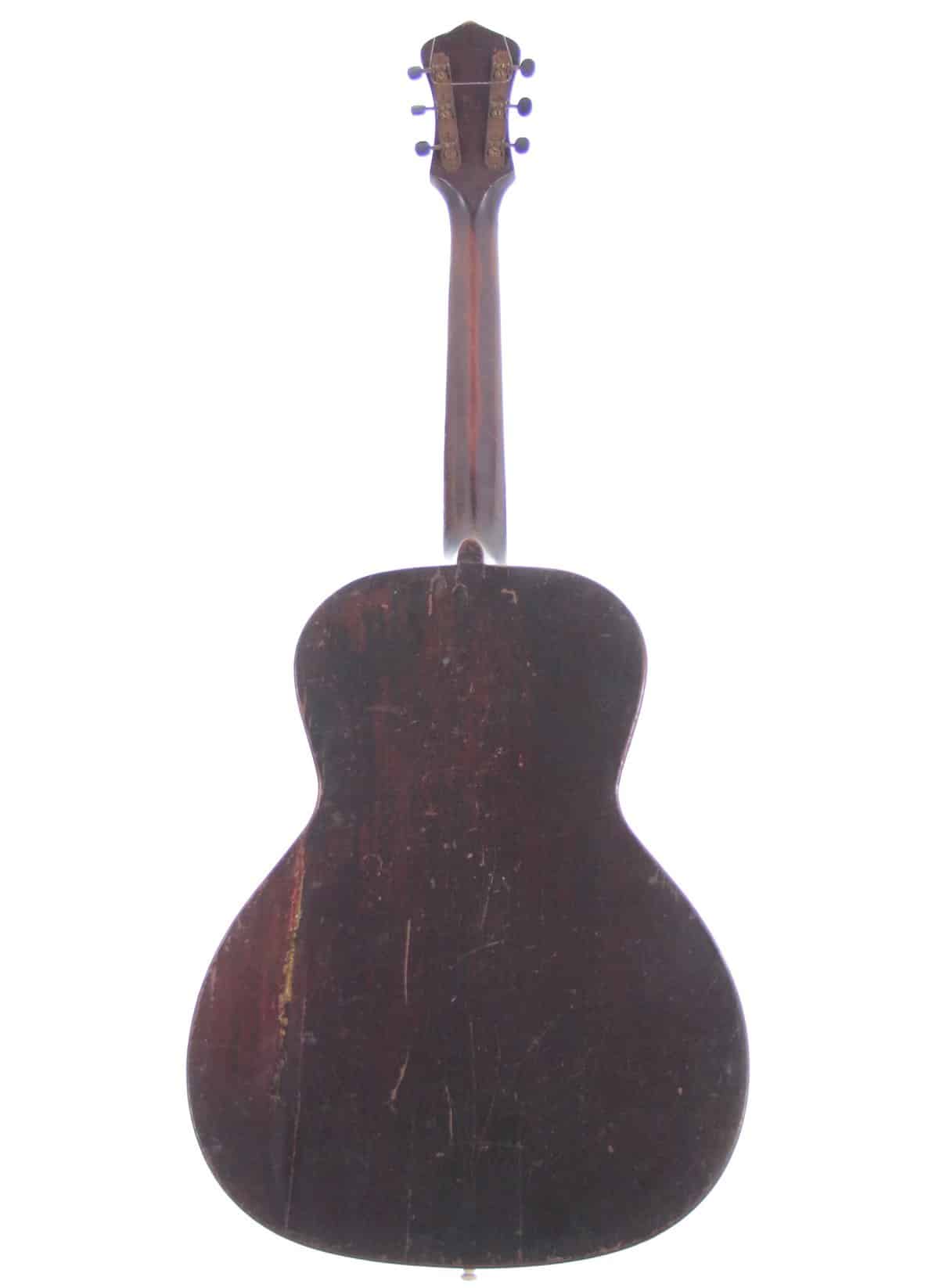 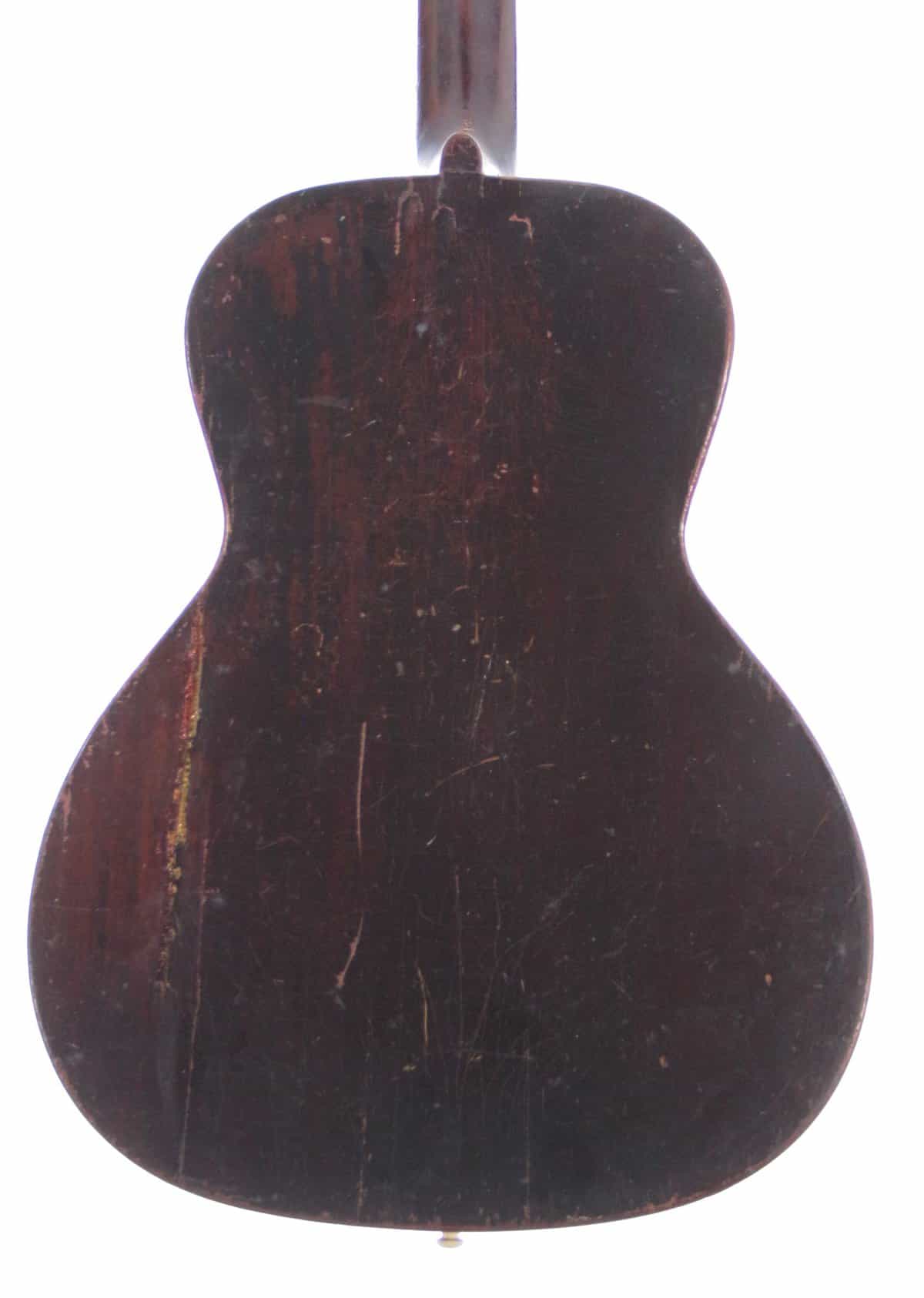 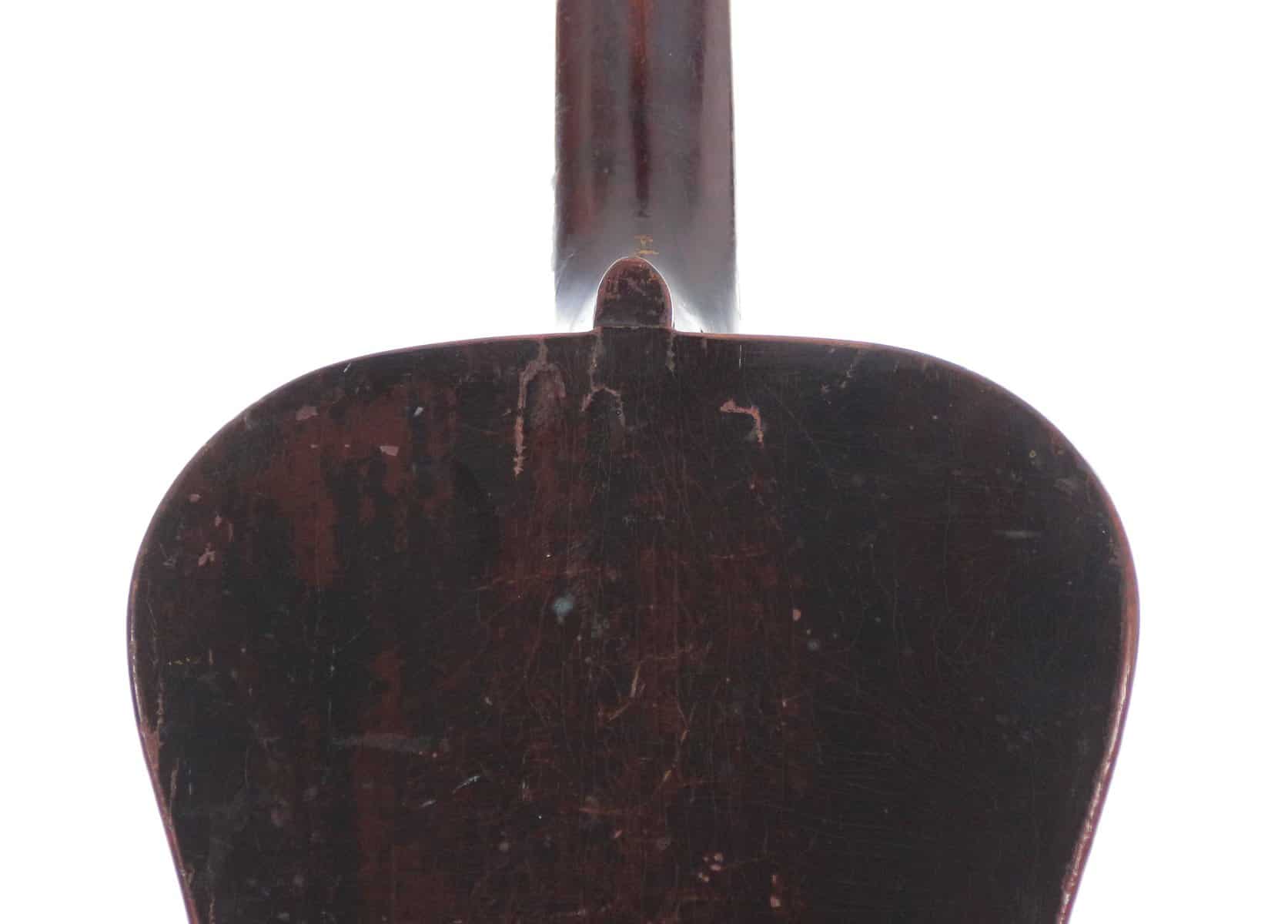 Super nice Kalamazoo KG-14 from the Gibson Factory – real Gibson sound for a fracture of the price!
Robert Johnson played such a Kalamazoo KG-14 and made recordings with it. There is a whole article about that and we have linked it below.

Similar to the Gibson L-00 this KG-14 is a very nice small bodied guitar, built in the Gibson Factory in Kalamazoo.

This Kalamazoo brand of musical instruments was marketed as “The World’s Greatest Value,” with the quality of Gibson’s manufacturing at Great Depression era prices.

This Kalamazoo KG-14 is in good condition for its age. Some cracks have been repaired to the back and sides, while the top remained in good condition. The neck has been reset and the guitar plays great, with a low action. It has a cool sunburst finish. The bridge is a newer one.