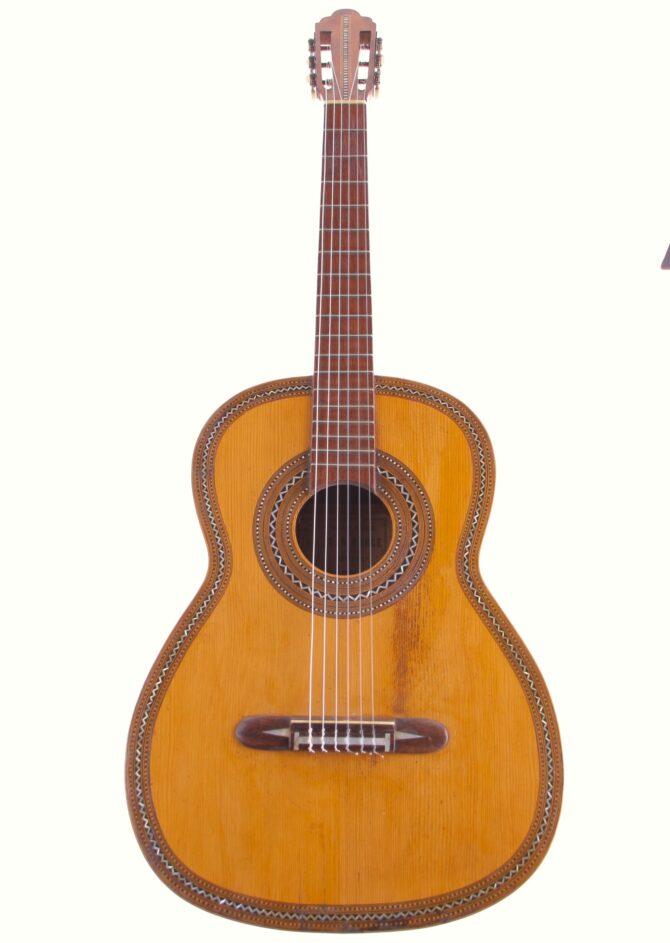 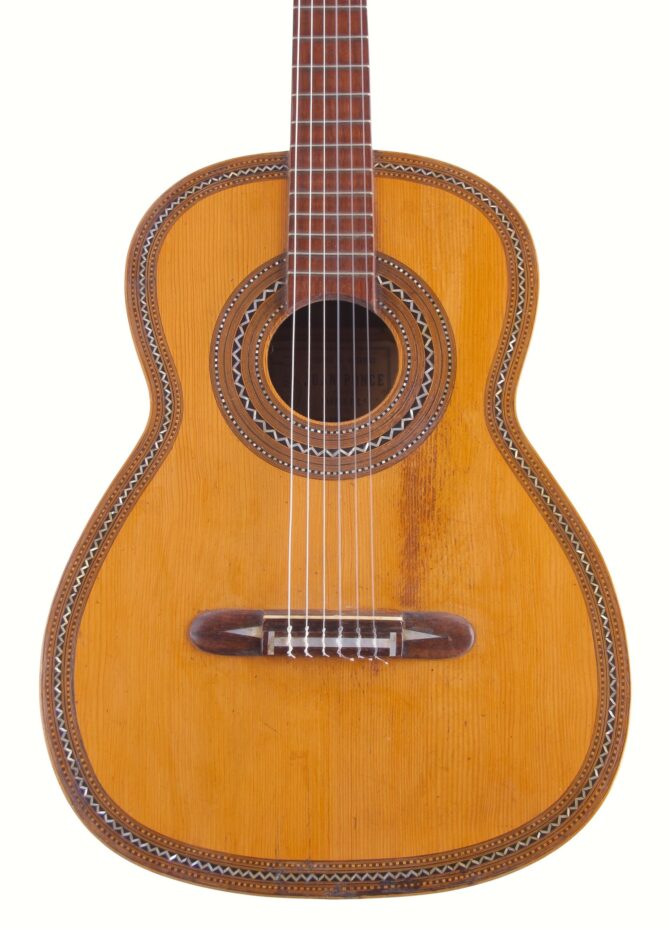 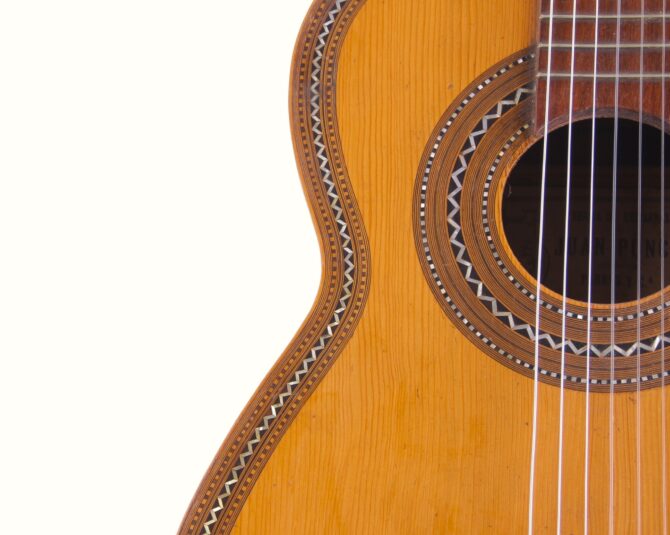 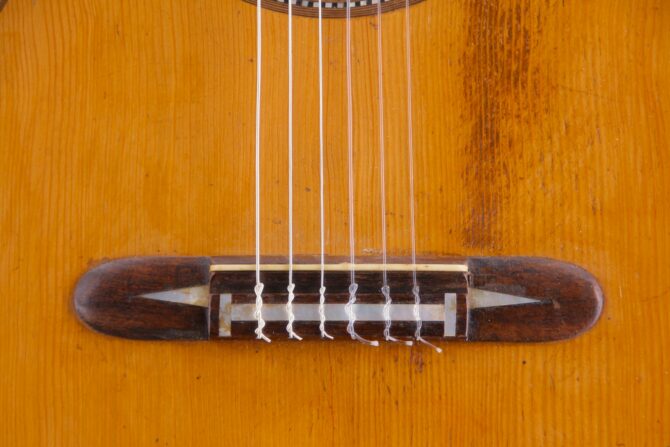 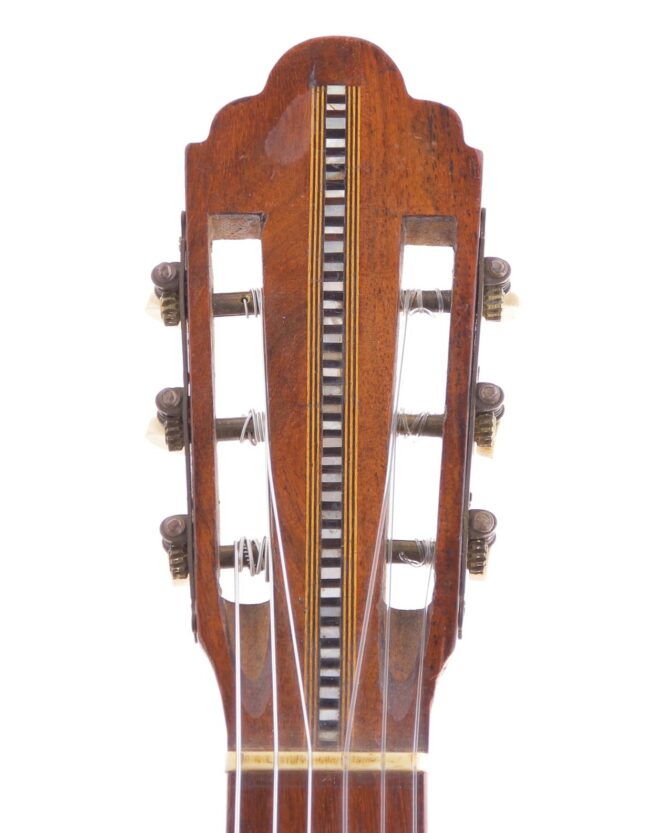 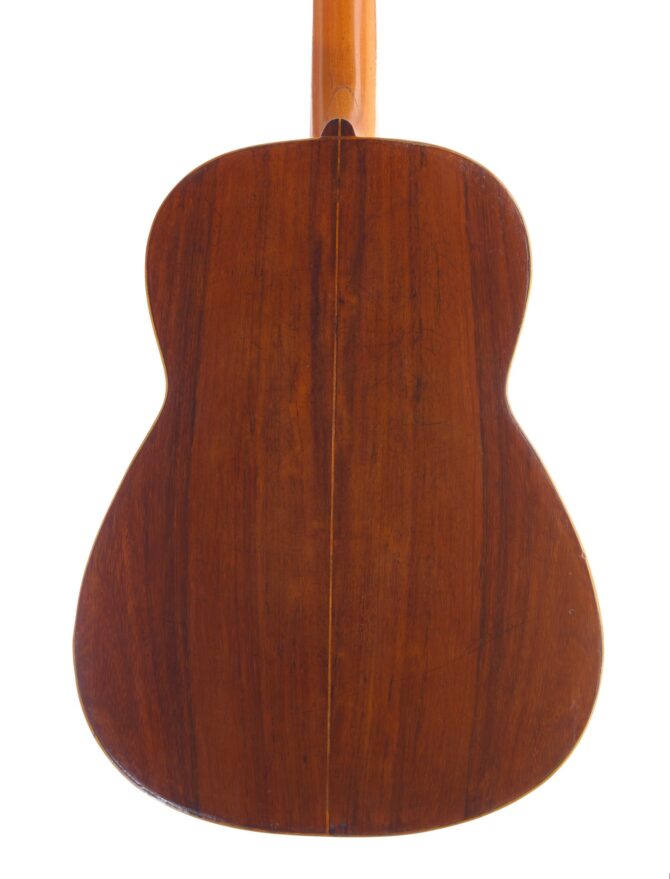 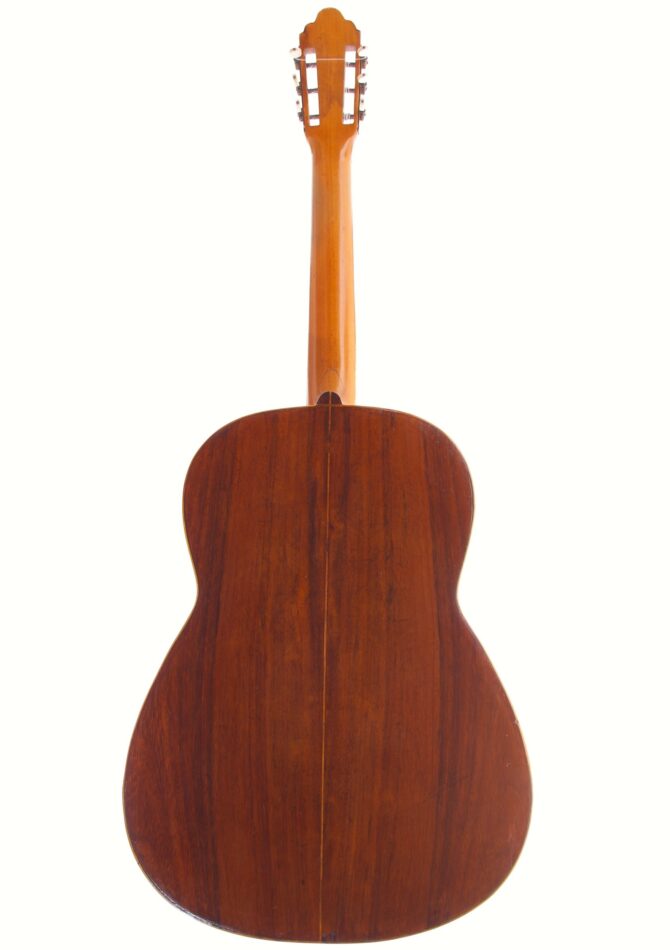 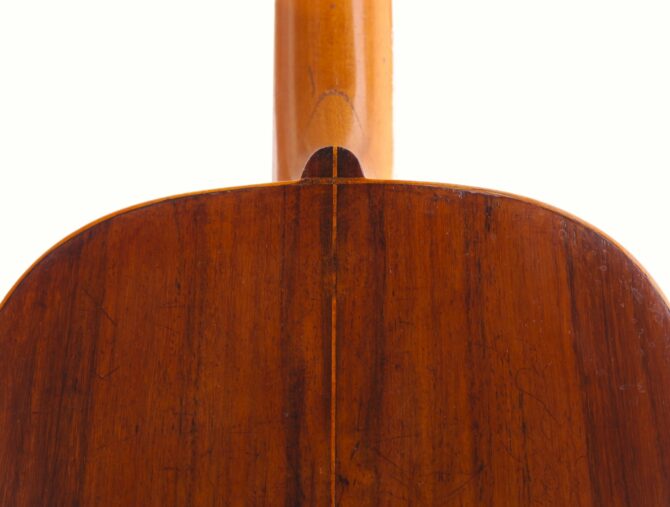 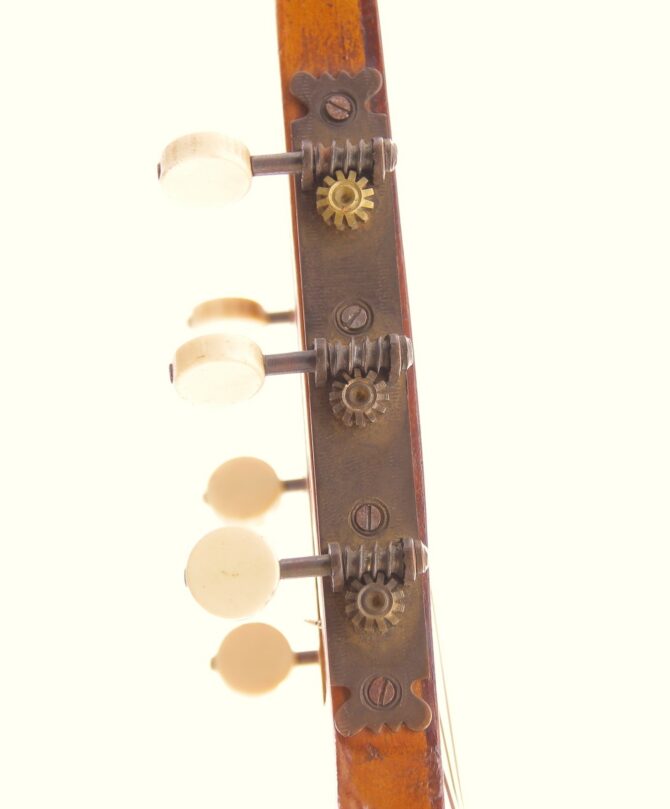 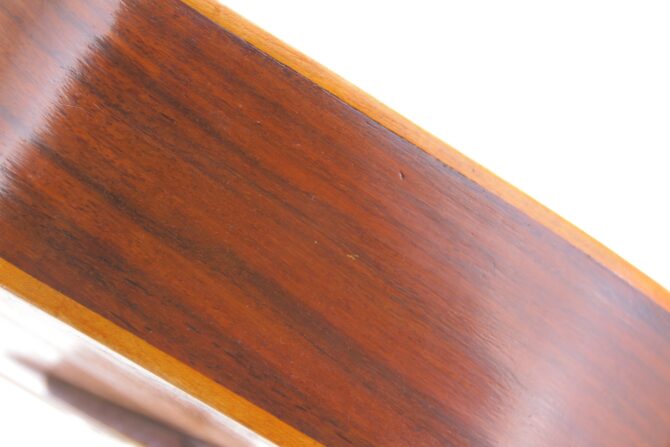 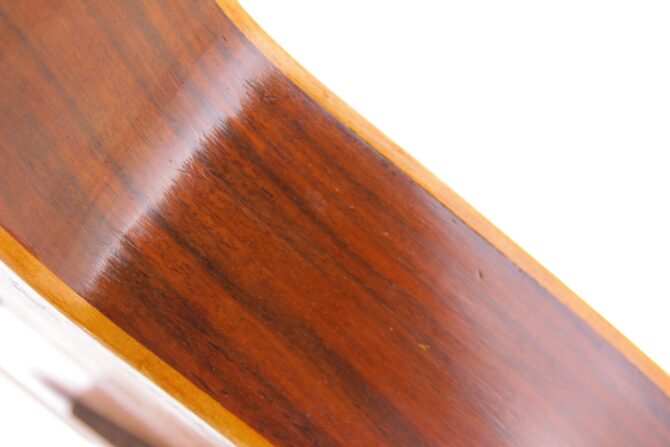 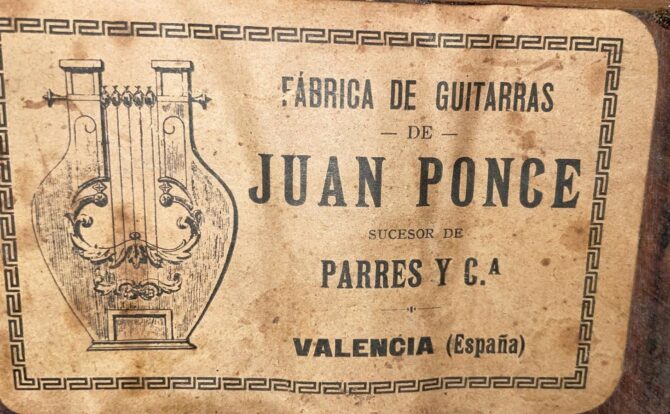 This guitar is a real masterpiece. It is very well built and has been beautifully decorated.
The materials are of very high quality. The top is made of fine spruce, the back and sides of rosewood. The nut width is 46 mm and the scale length 642 mm.

Built in the style of a Torres guitar, the sound is absolutely outstanding.
It has the classic sound of an old master guitar: woody, dark with a friendly vintage note.
First of all, the guitar is powerful and it responds quickly. The sound quality can be described as mystical with an almost magical appeal. The guitar fills the whole room with the most beautiful tones and impresses with a breathtaking variety of timbres.
An absolutely noble instrument at concert level – very finely built for the highest tonal demands.

The guitar has been very professionally restored and is in remarkably good condition. The action is low and the guitar plays with great ease.