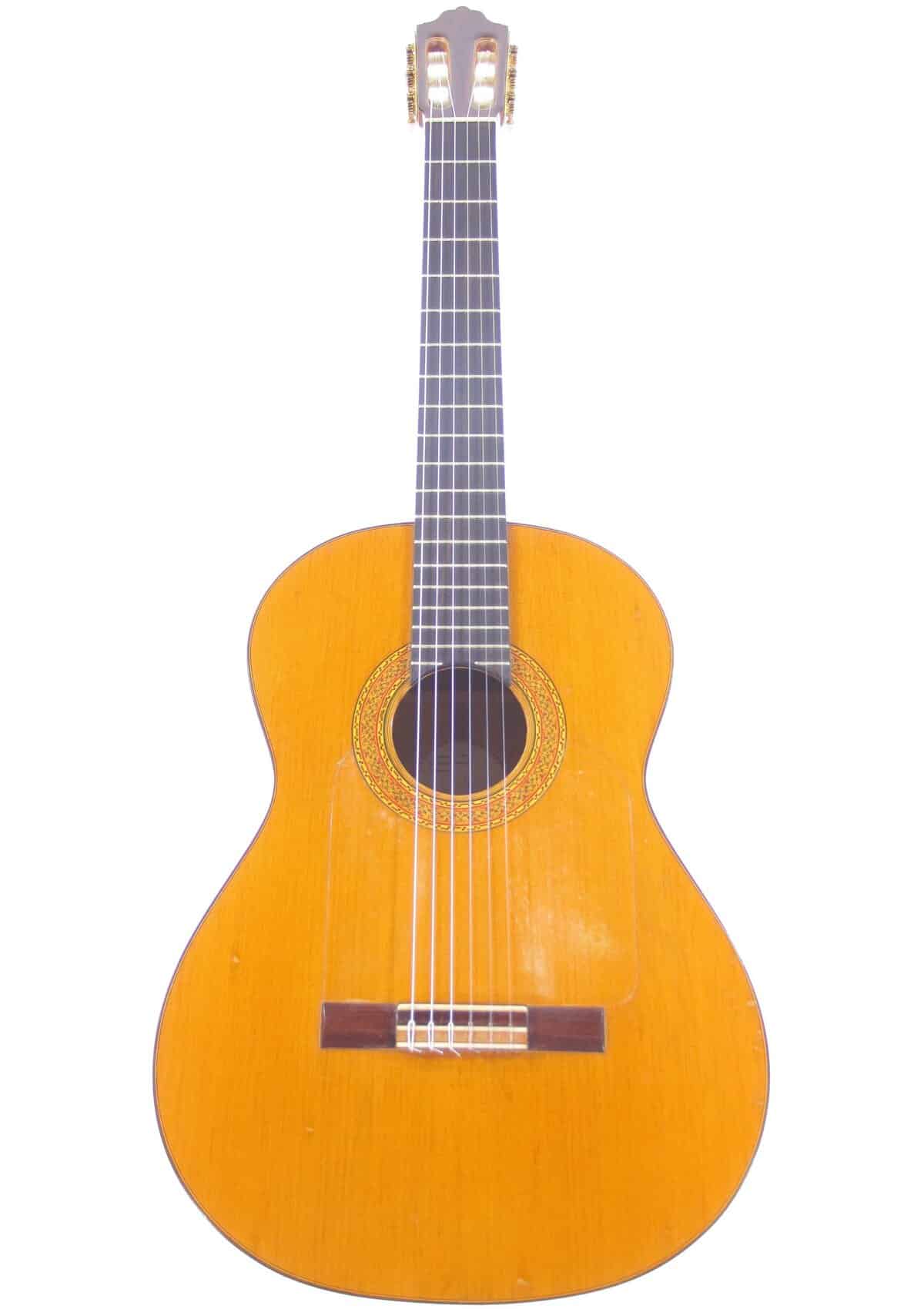 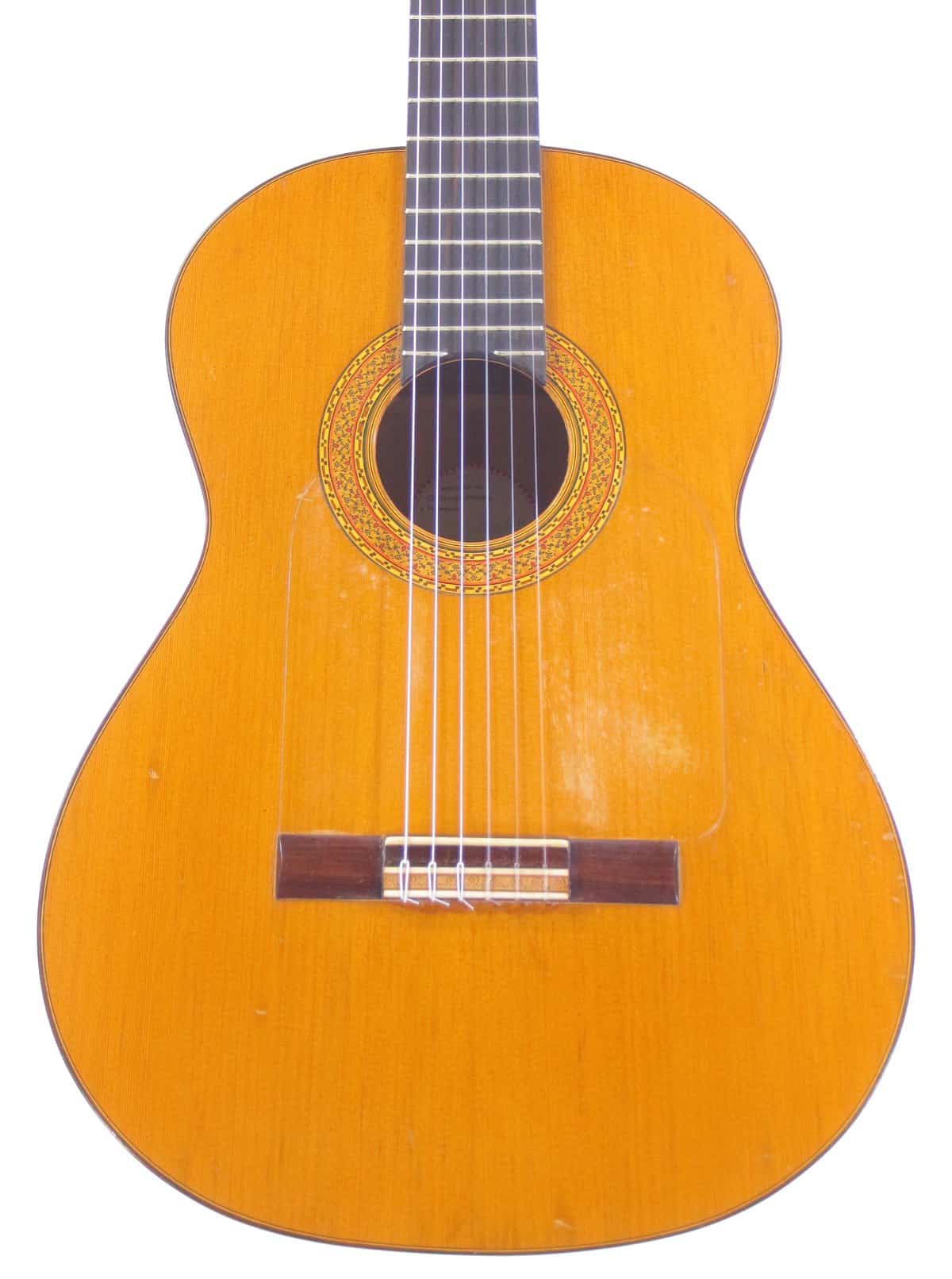 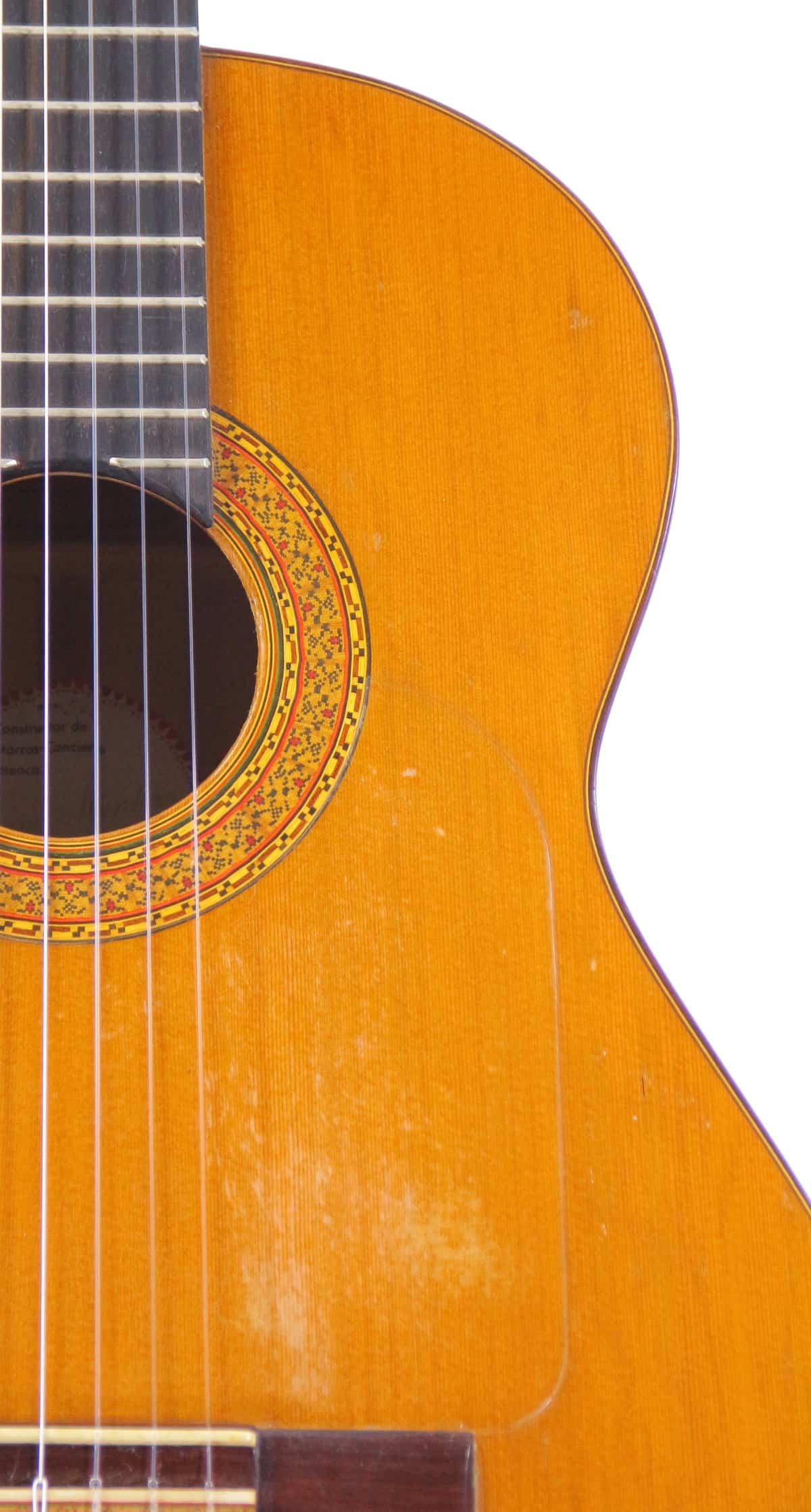 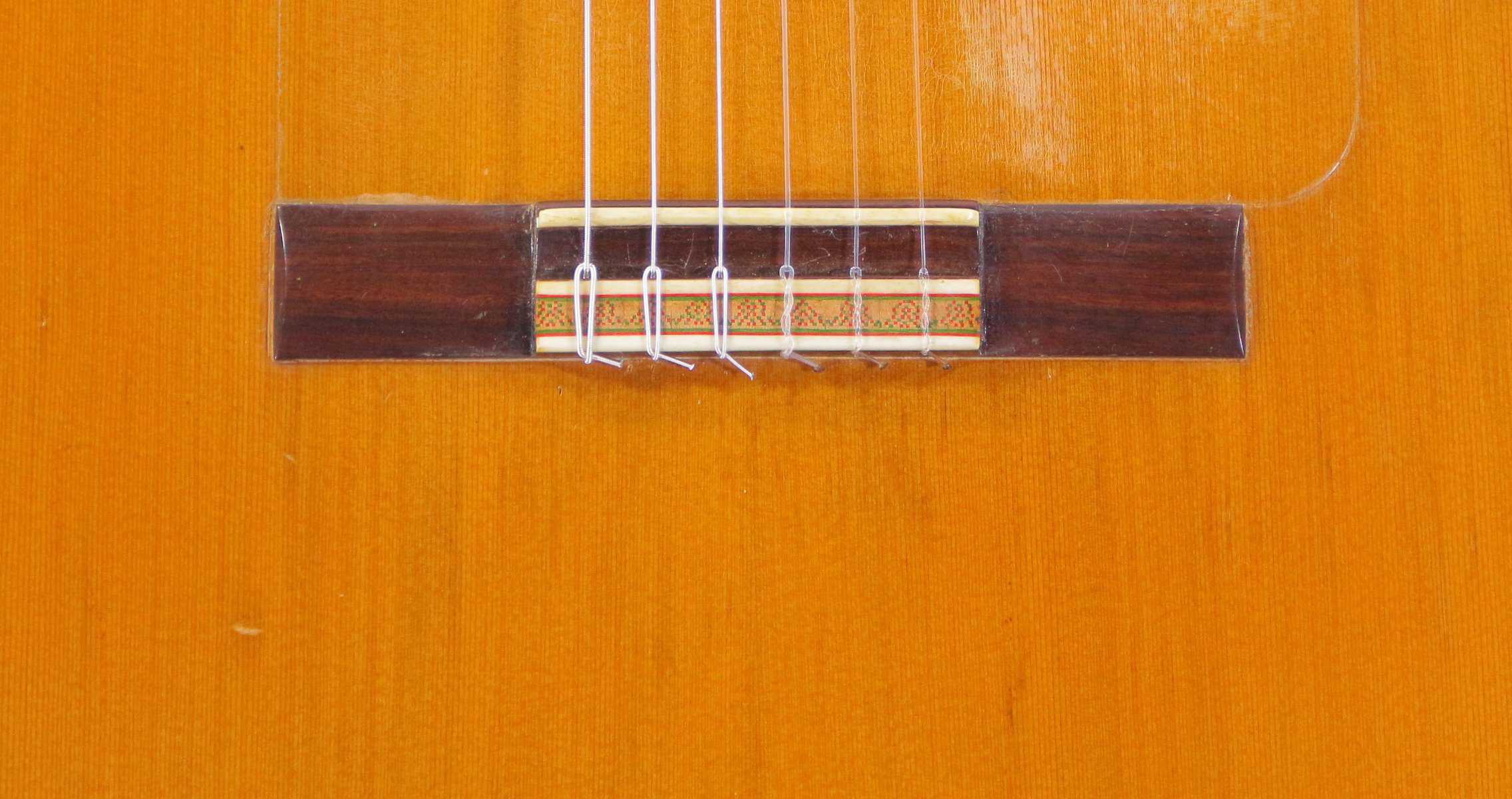 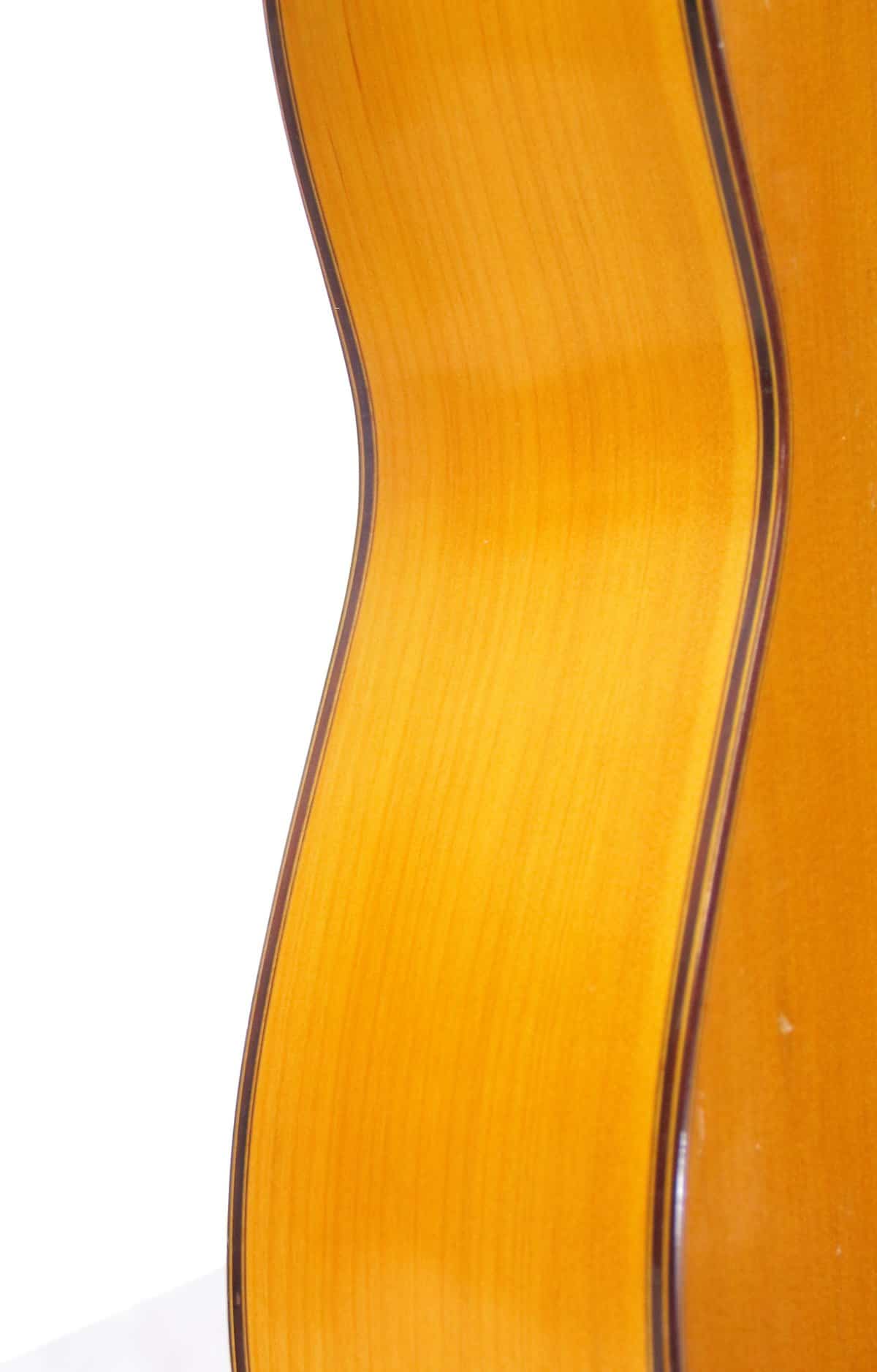 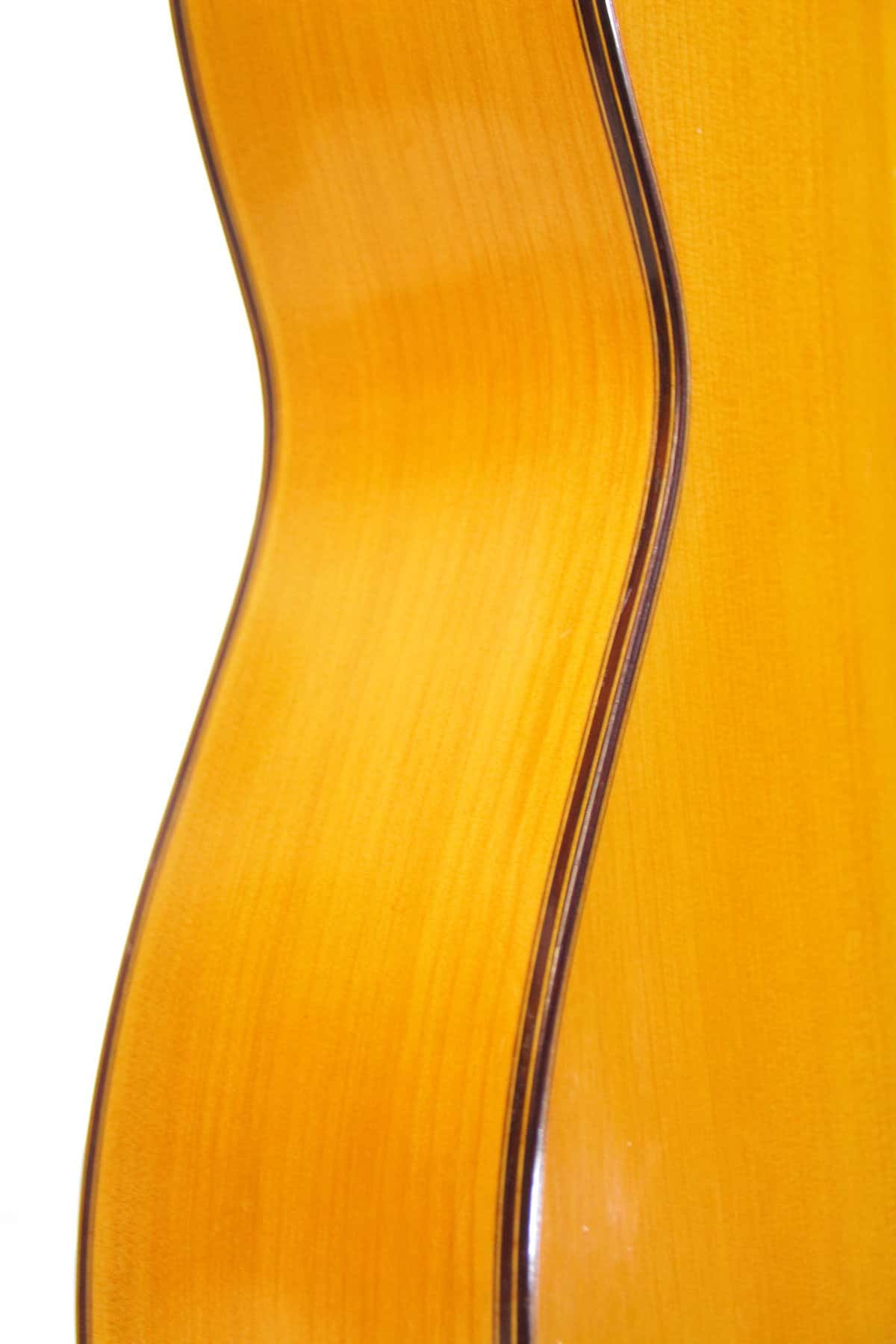 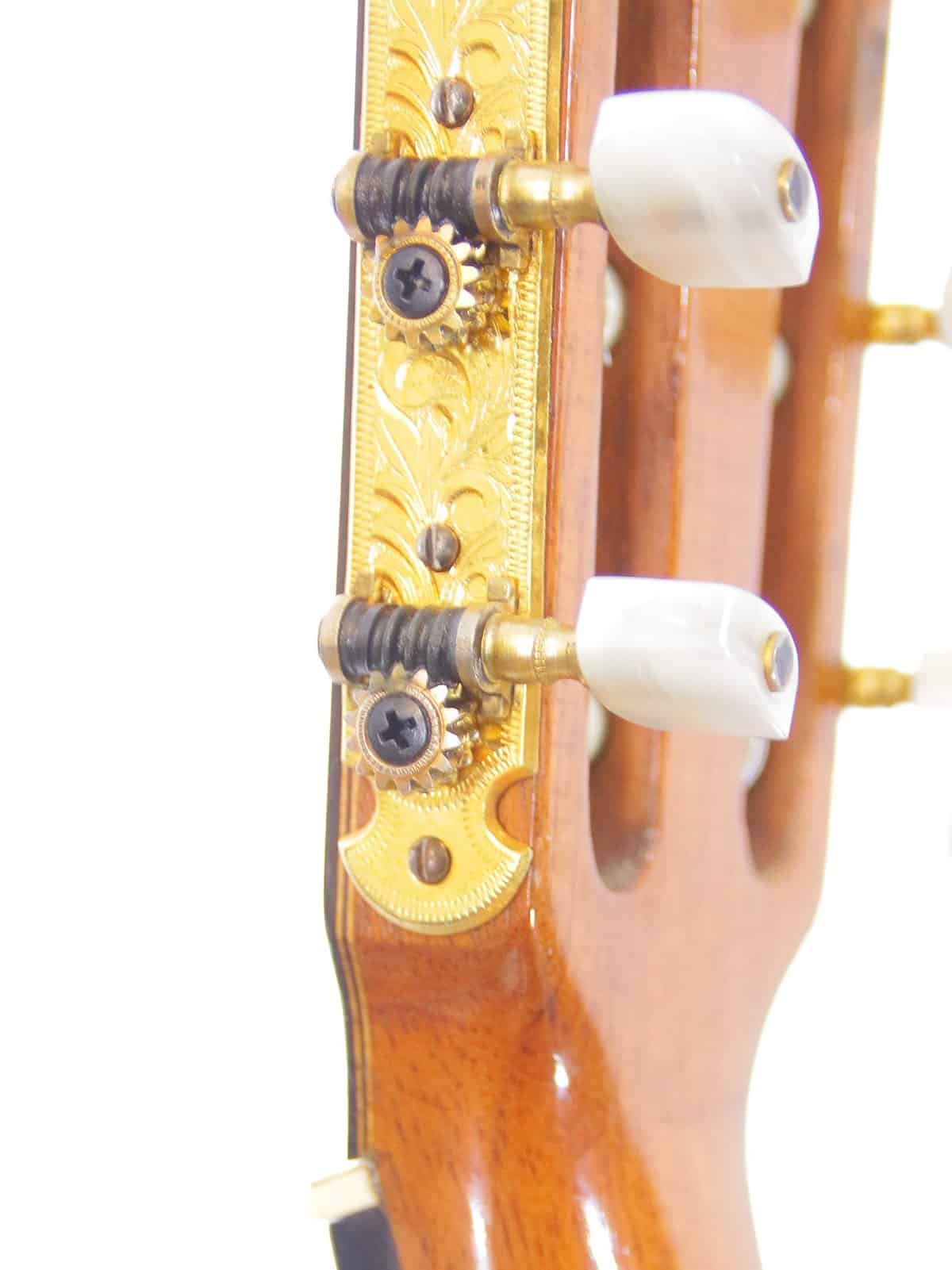 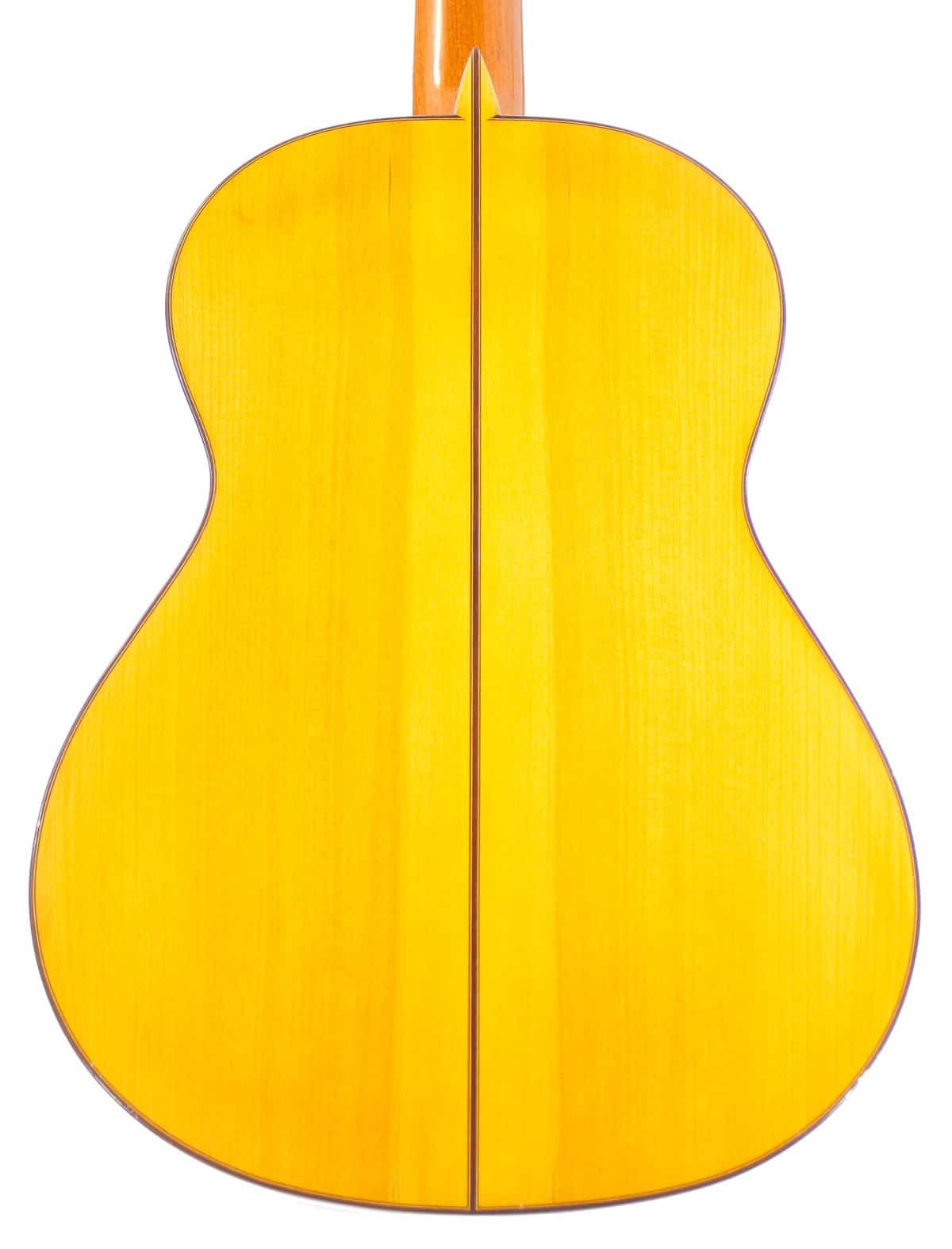 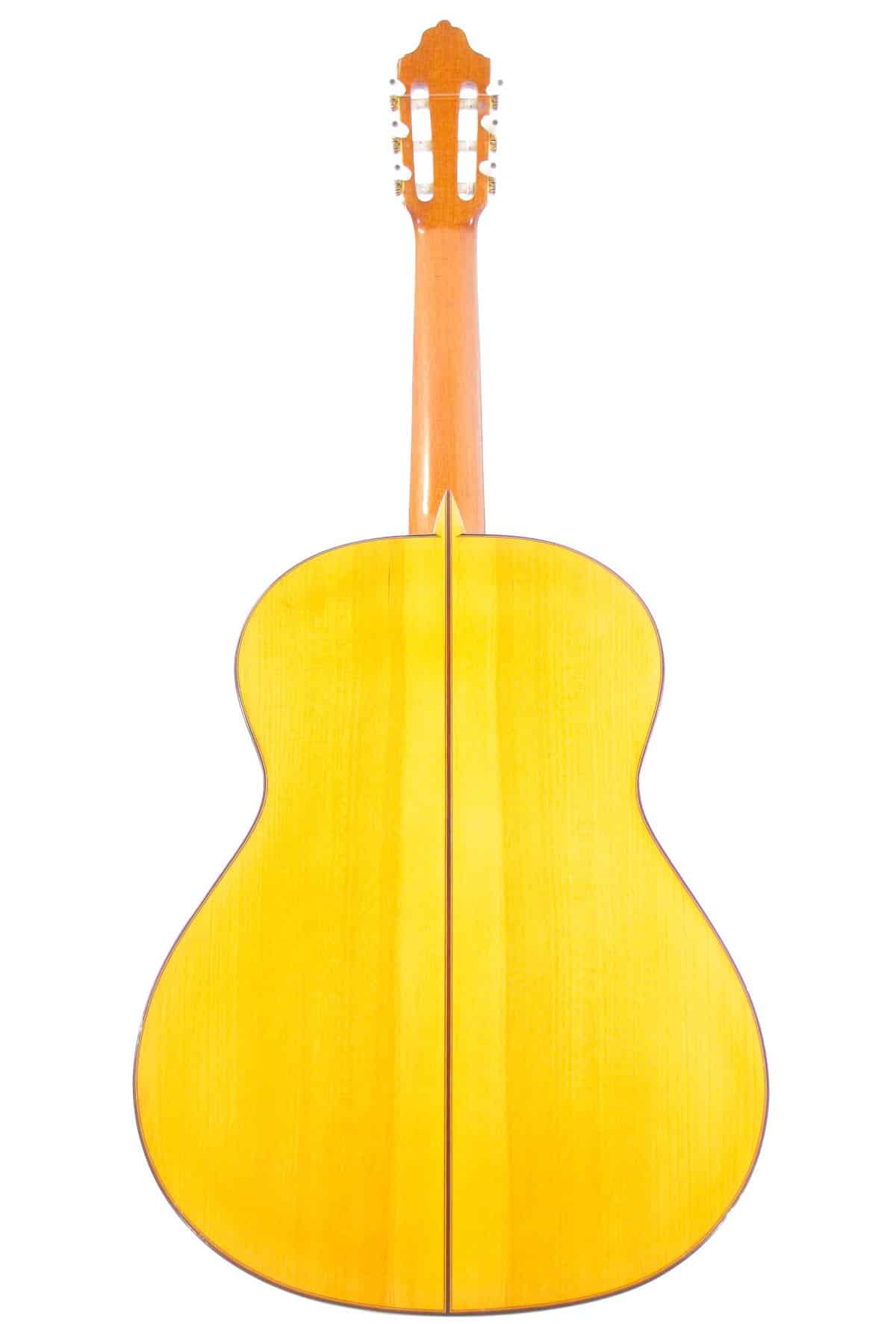 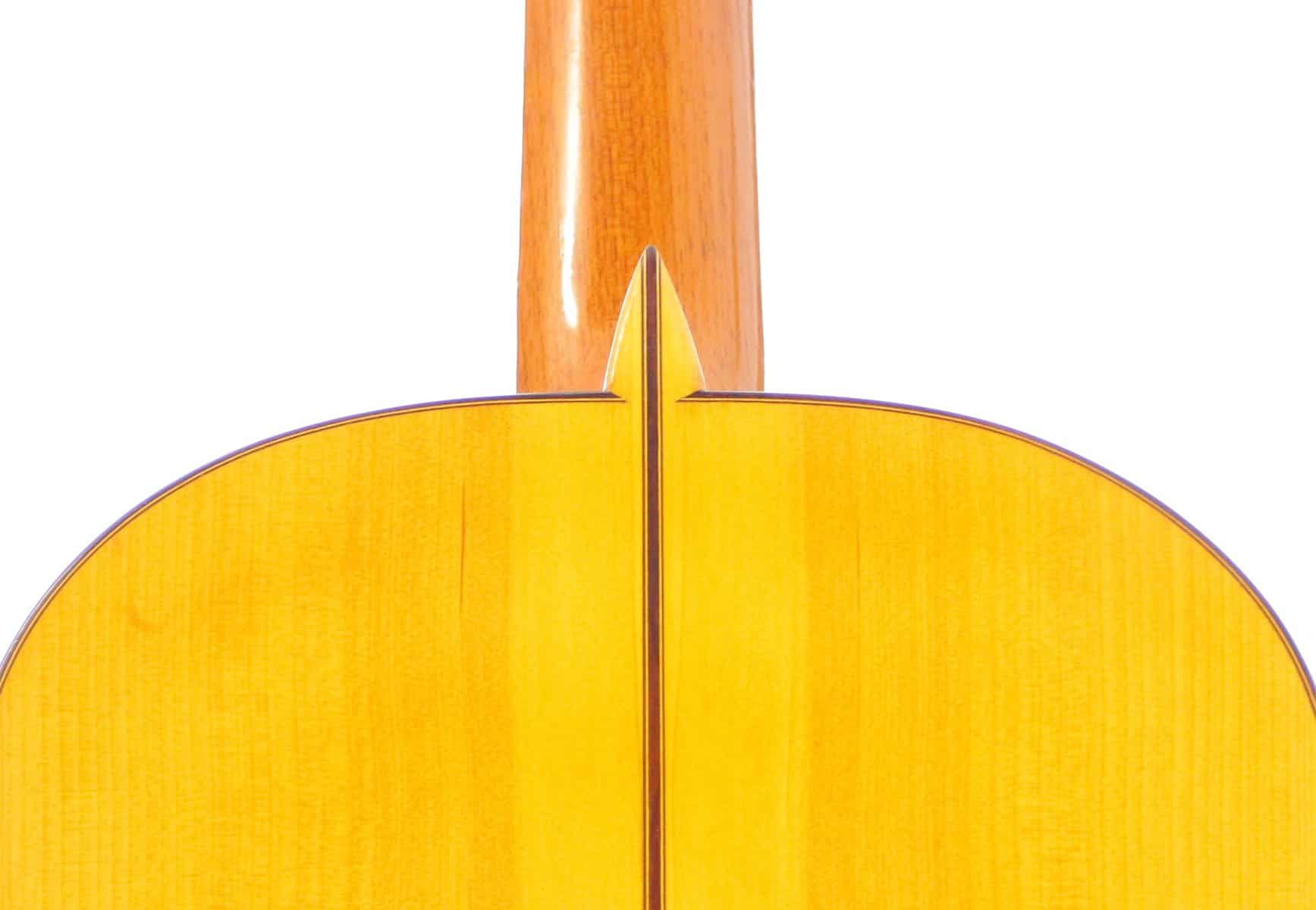 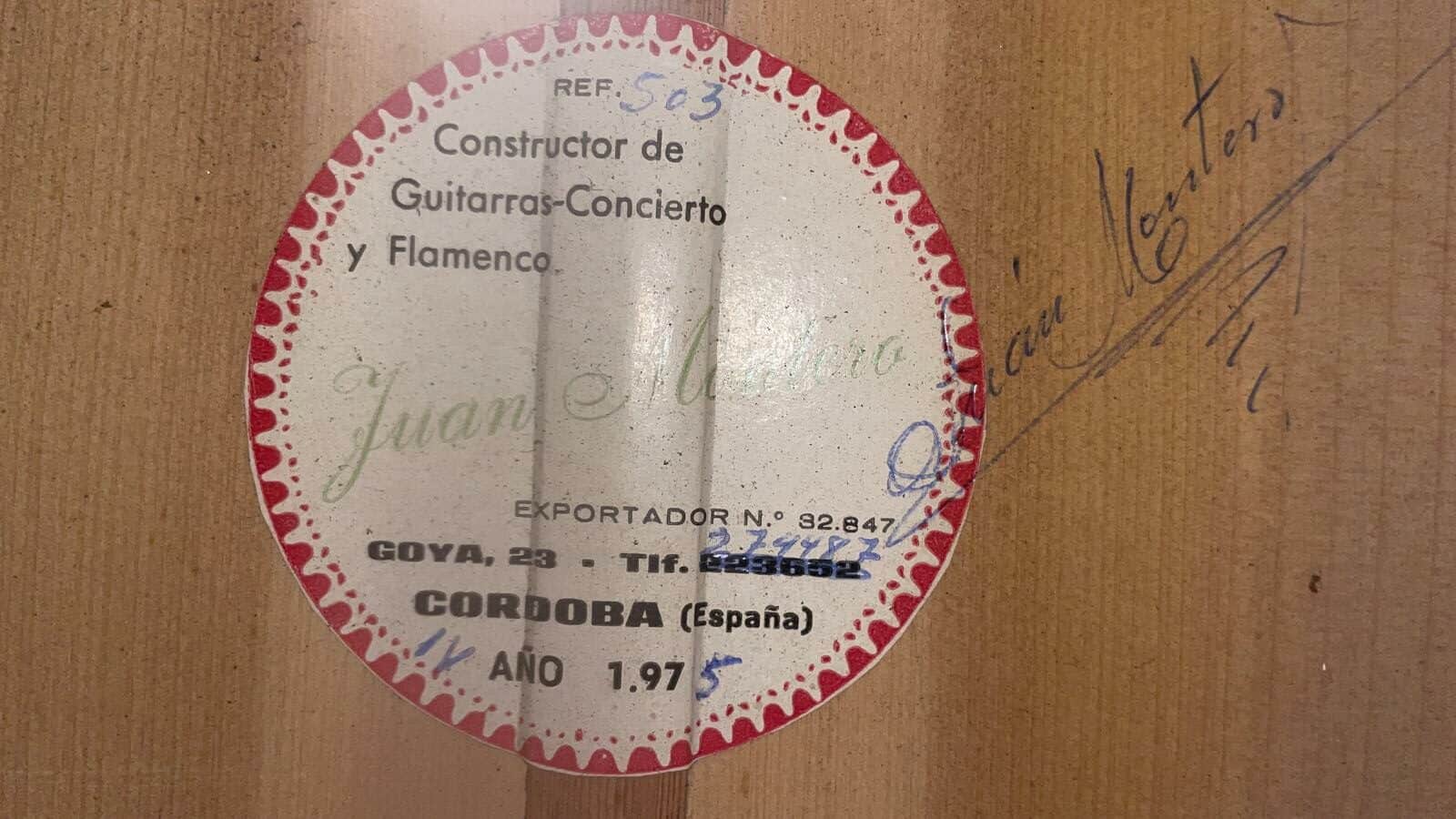 Juan Montero Aguilera is one of the famous Spanish guitar makers whose guitars are played by many professional guitarists:

His guitars not only have the workmanship and beauty you would expect from a quality handmade instrument, but they also have a rich, deep and balanced sound.
The sound of this guitar is wonderfully versatile, with a complex tone and a tremendous range of the most beautiful timbres. The sound is powerful and majestic on the one hand, but the guitar also impresses with clear, sparkling highs that give a sense of great projection. It is a very balanced guitar and has an impressively open sound.
Definitely a guitar for the concert hall and professional use!

This guitar has a cedar top and cypress back and sides. The scale length is 660 mm and the nut width is 52 mm. It is in good condition – and has just the right amount of wear from play and use which you expect from a well loved guitar!

It comes with a newer hard case.