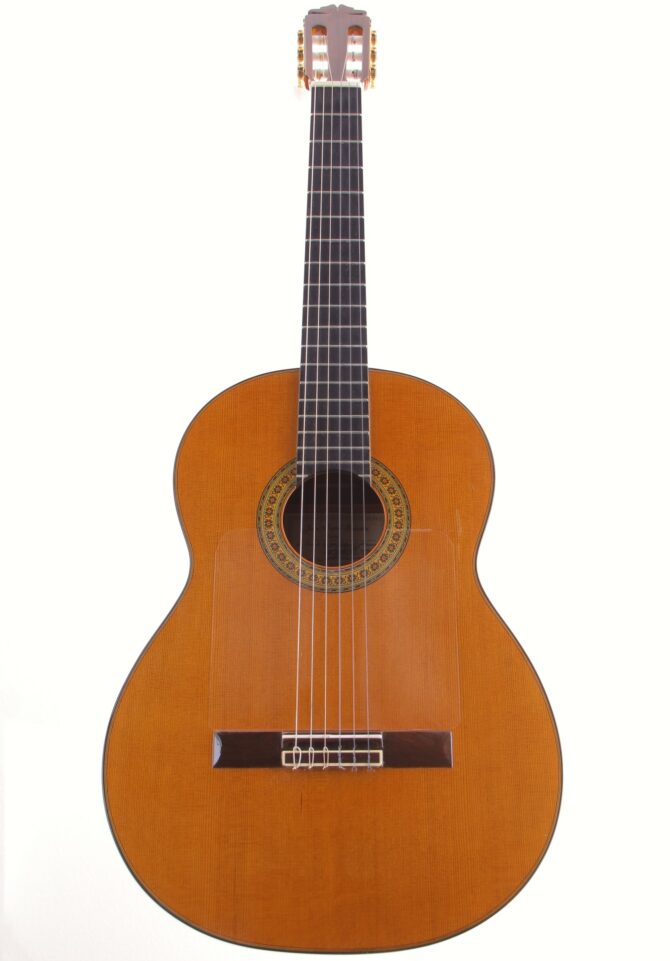 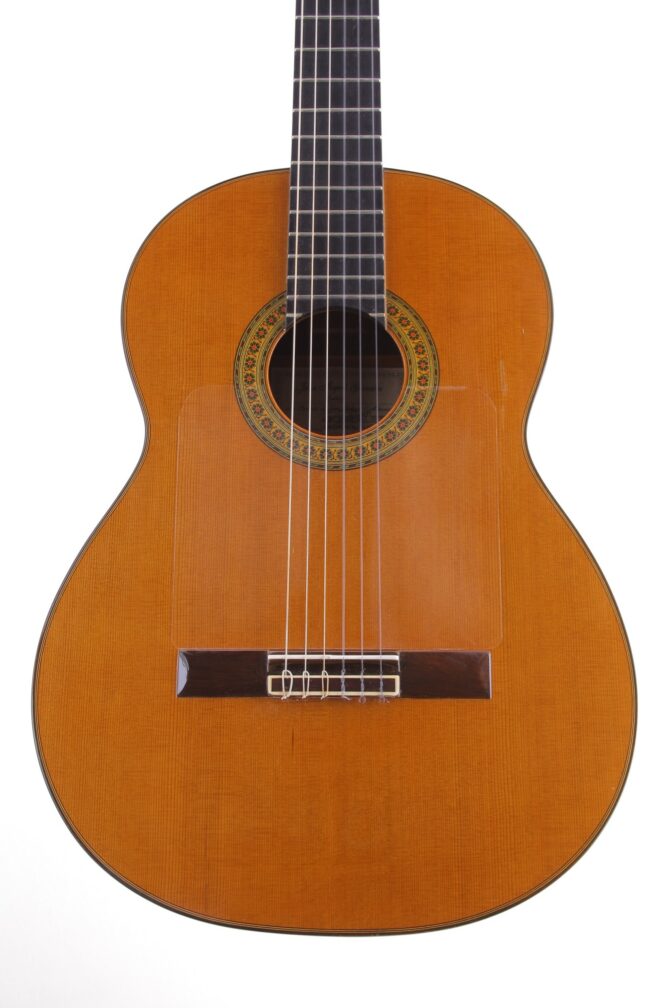 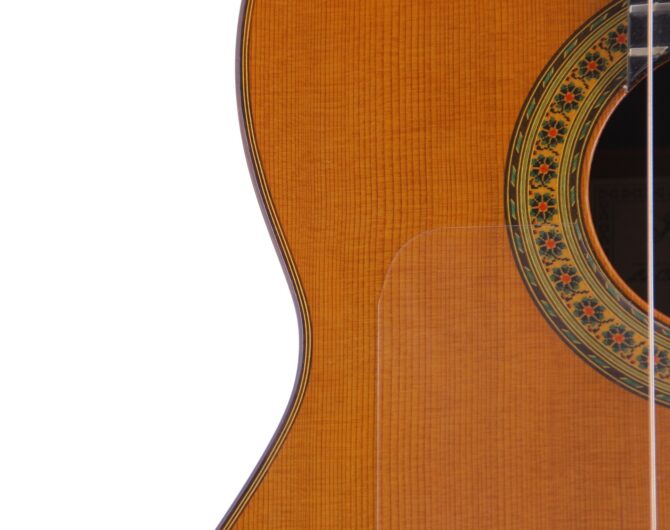 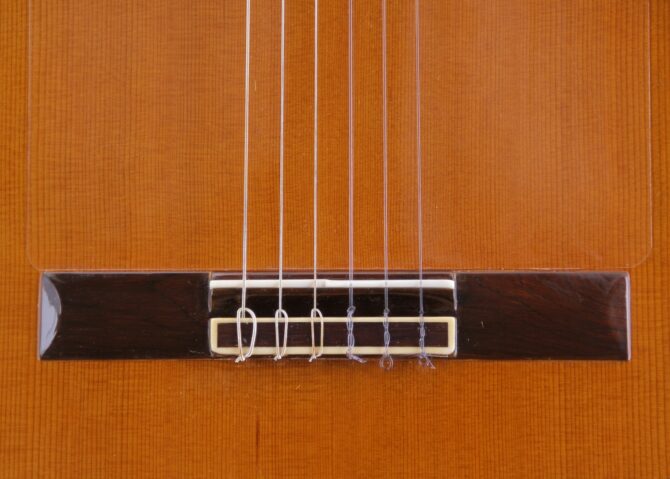 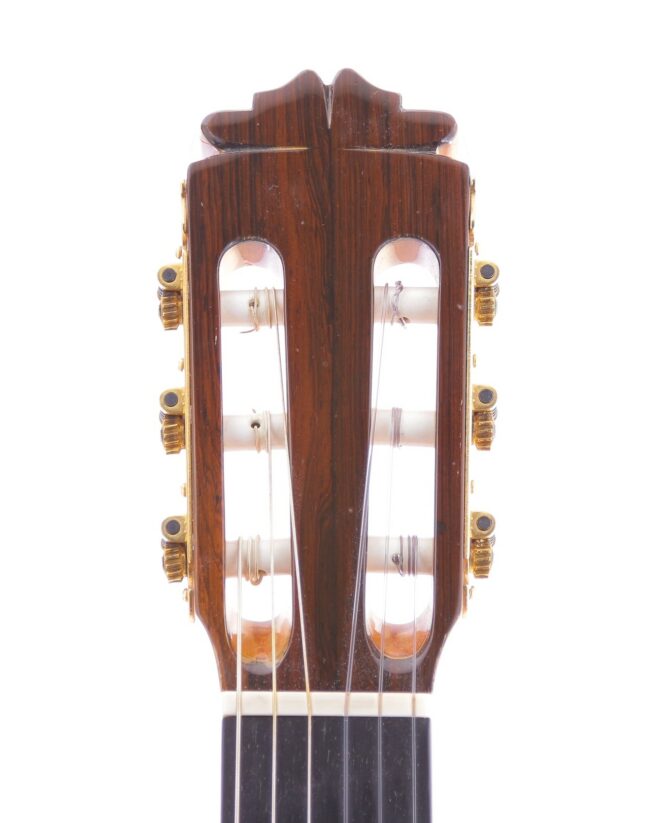 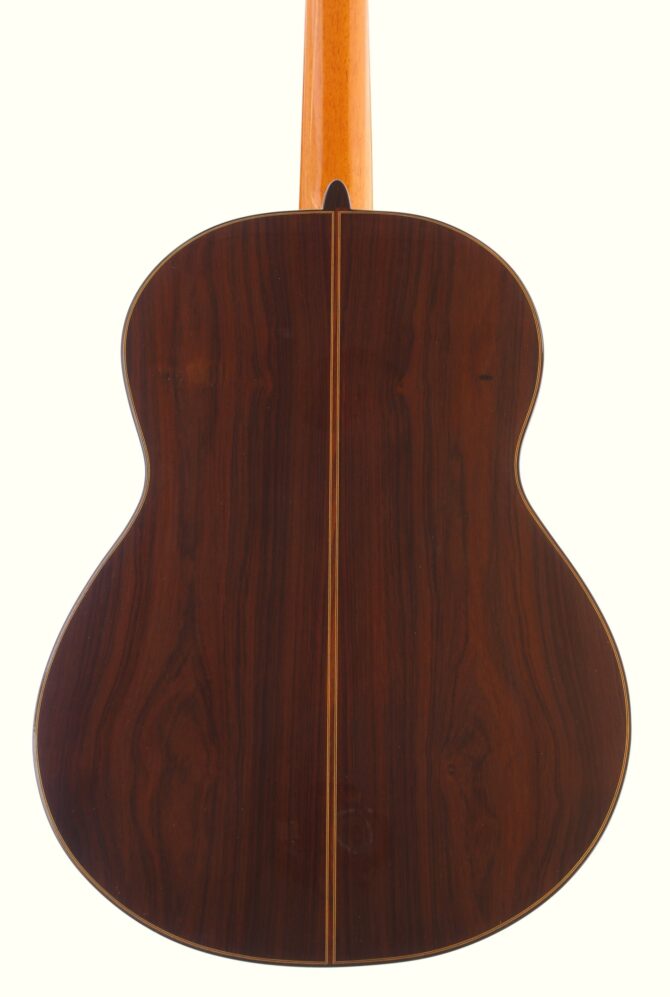 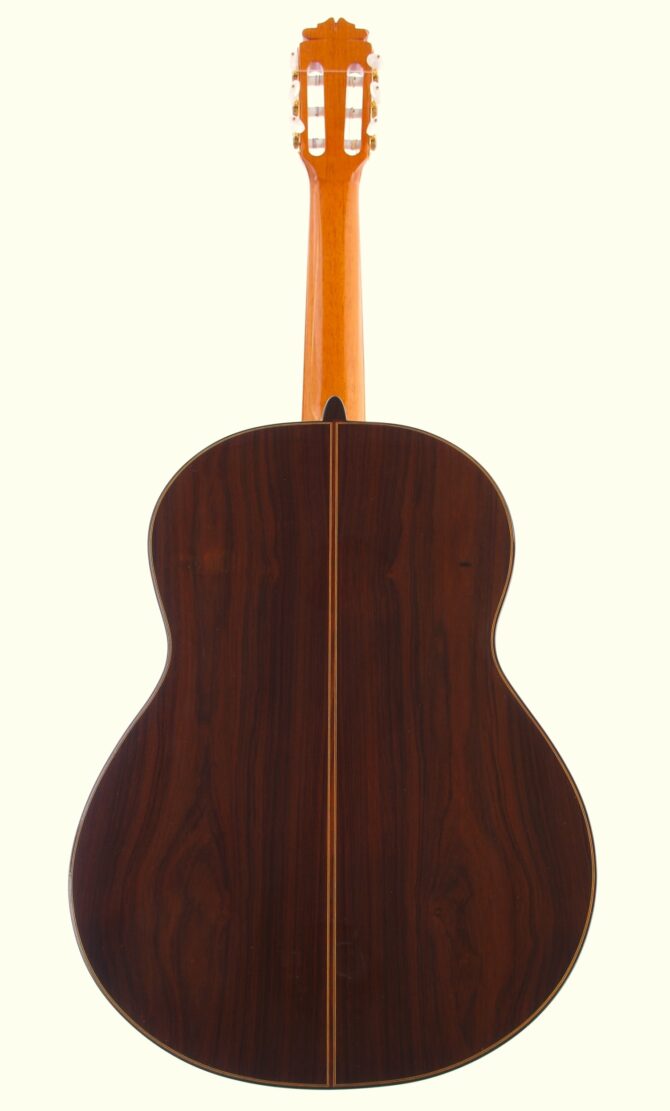 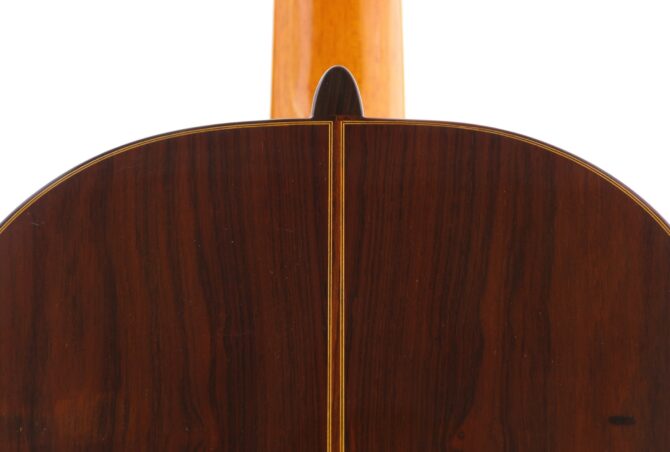 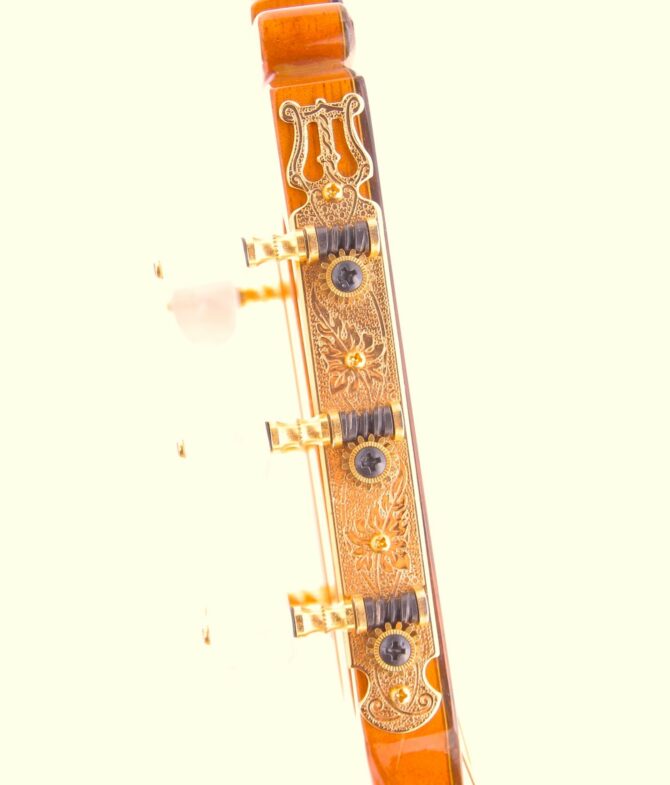 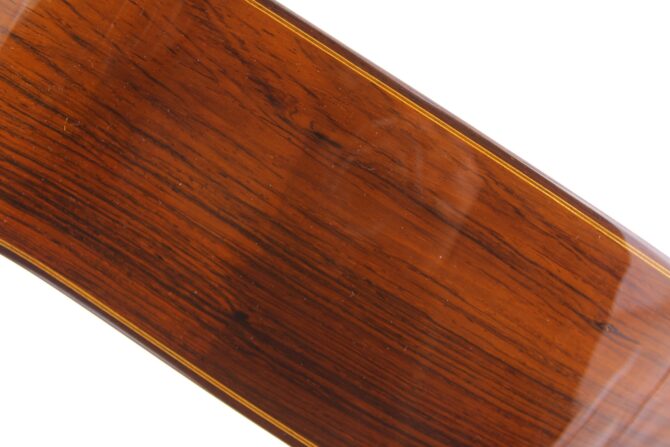 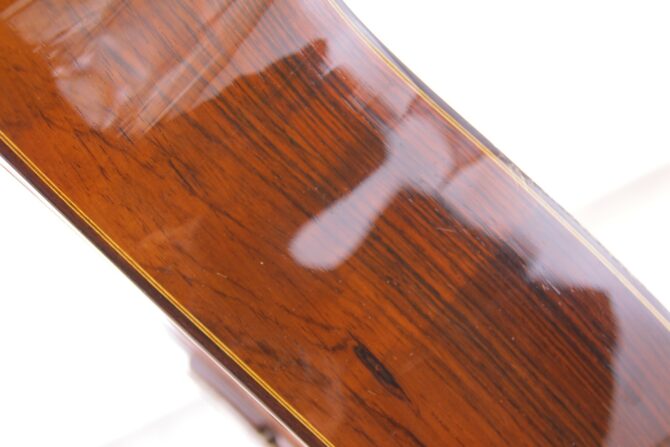 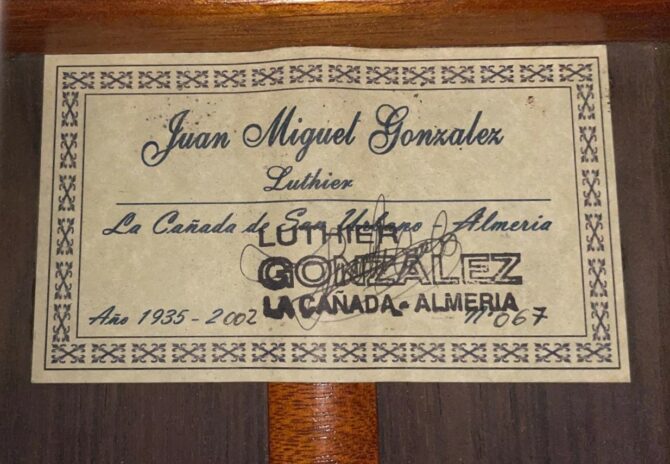 Juan Miguel’s guitars have a special duende professional players seek and love. To name but a few of his clients: Tomatito, Norberto Torres, Monolo Franco, Carlos Piñana, and El Niño de la Manola. As is typical of the guitars made by Juan Miguel Gonzalez instruments, this instrument is made of master grade woods. Its top is made using the best cedar, the back and sides are made from impeccable old madagascan rosewood.

This guitars 660mm scale and 52mm nut is characteristic. The set up is great: low, fast, without buzz.
The guitar has a great sound: it is responsive in all registers. It explodes with power and has this huge and round sound.

The guitar is in a very good condition with a small amount of play wear. It comes with a guitar case.