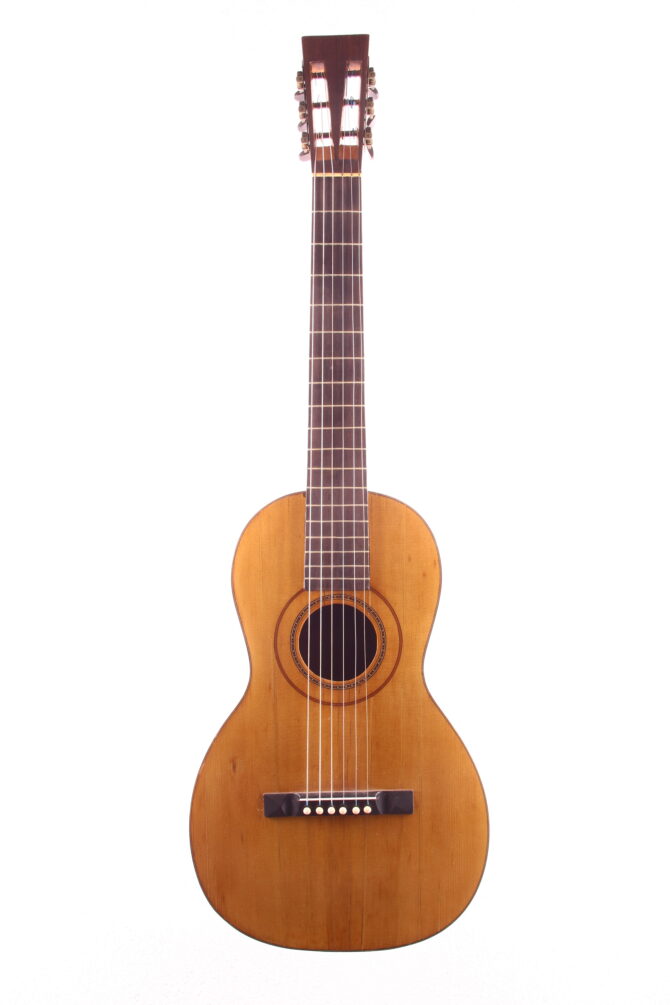 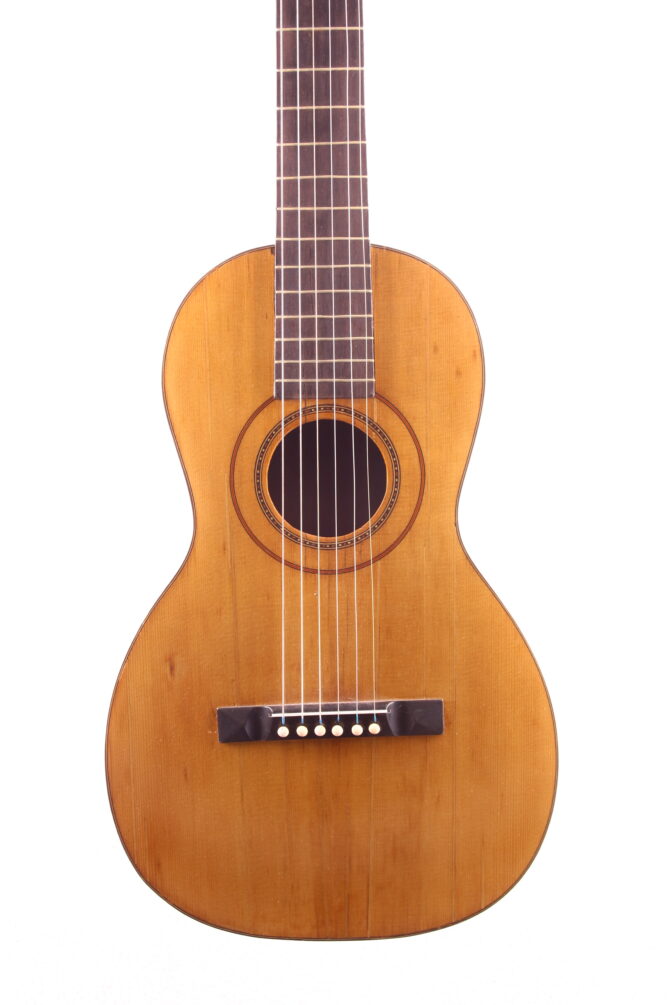 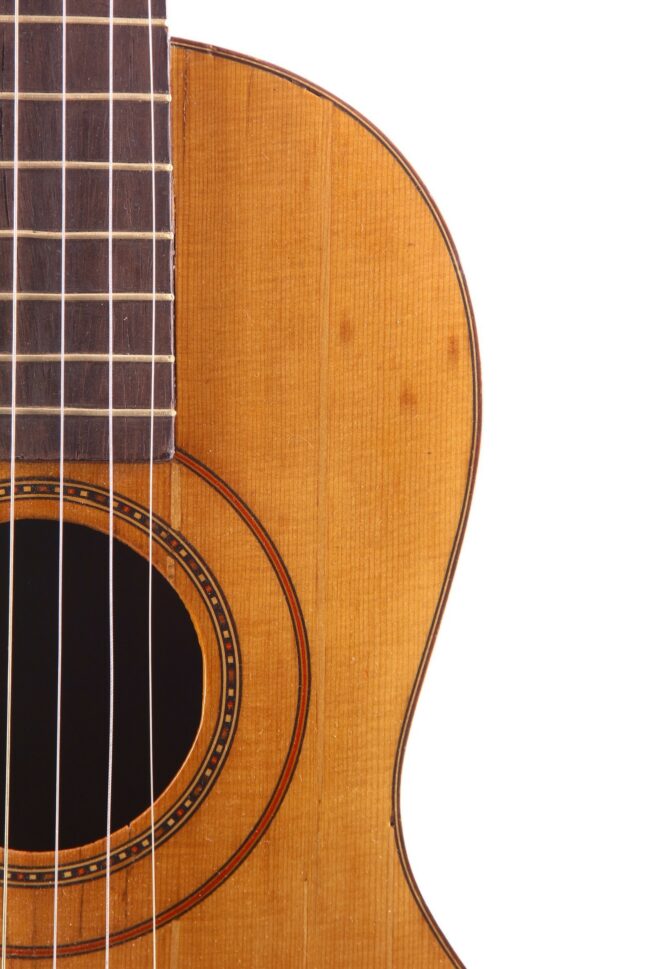 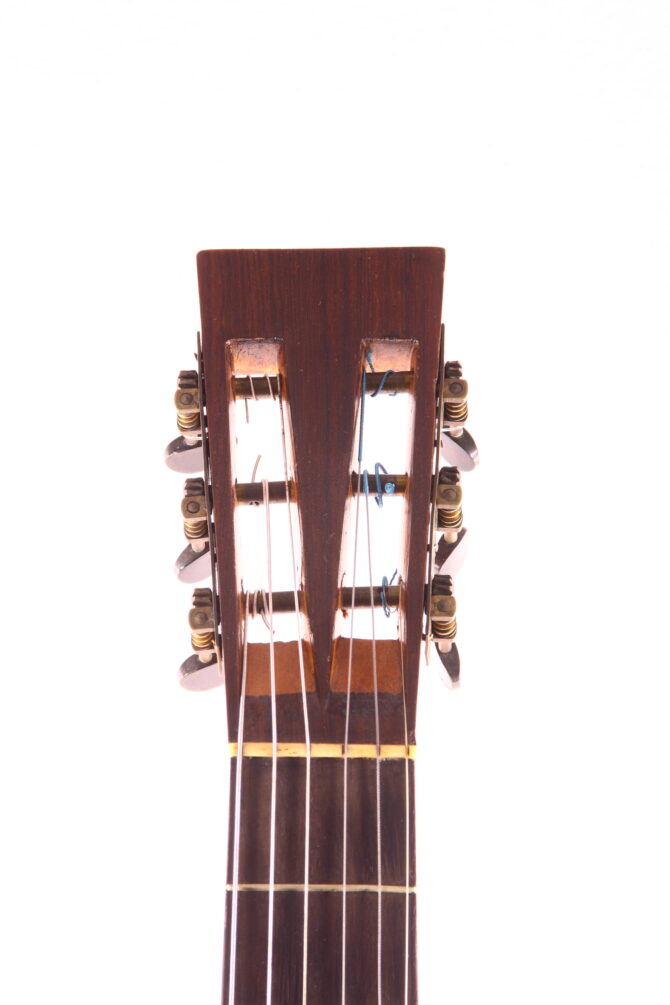 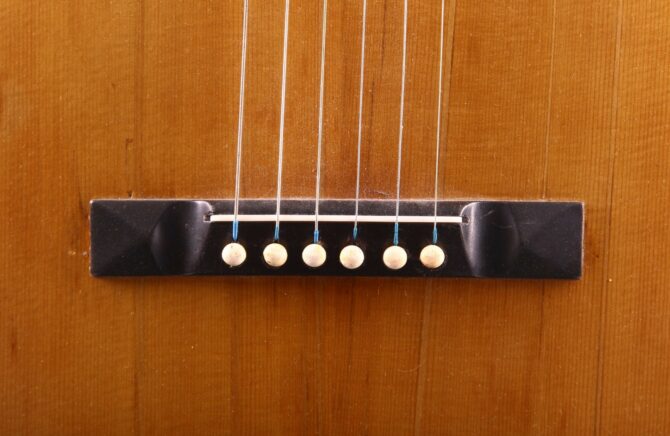 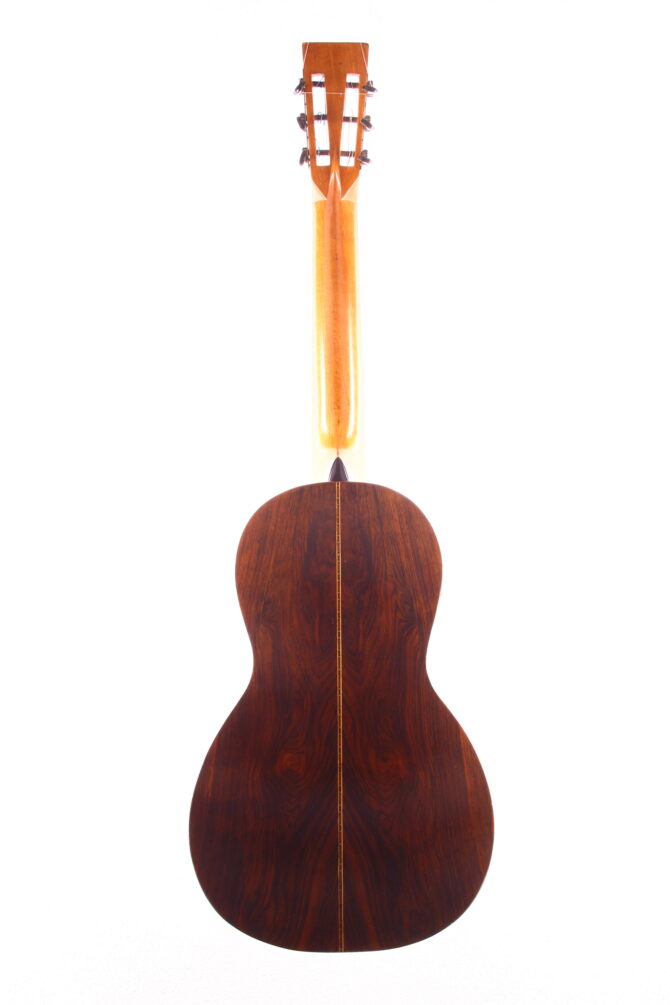 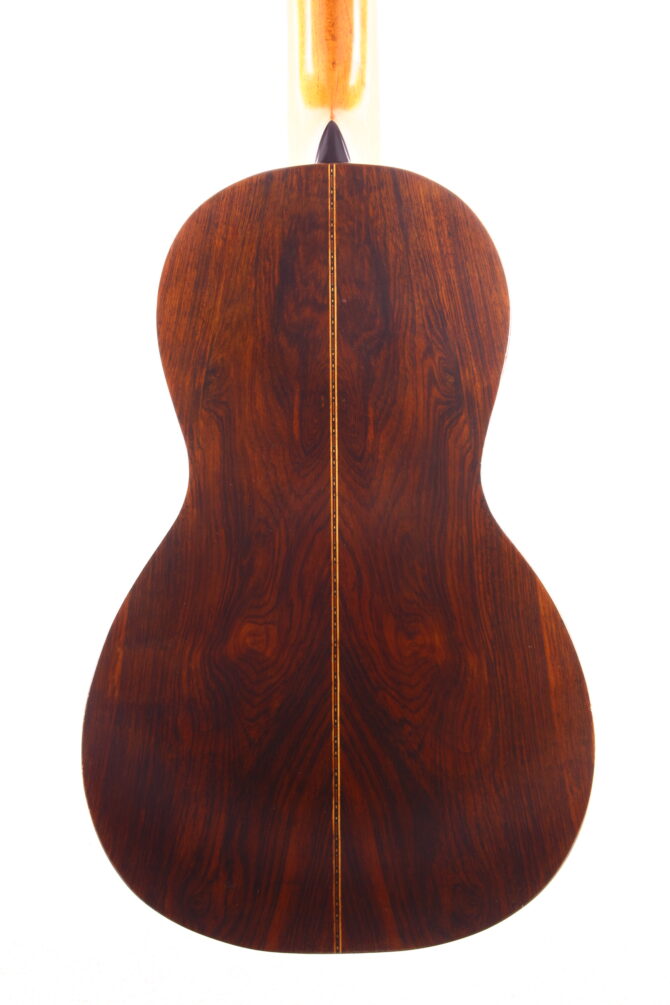 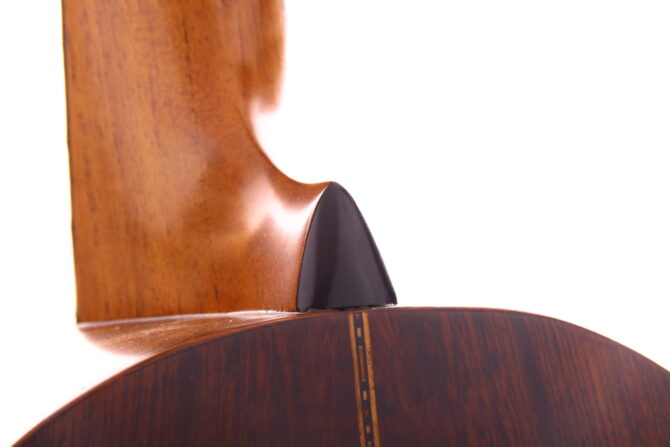 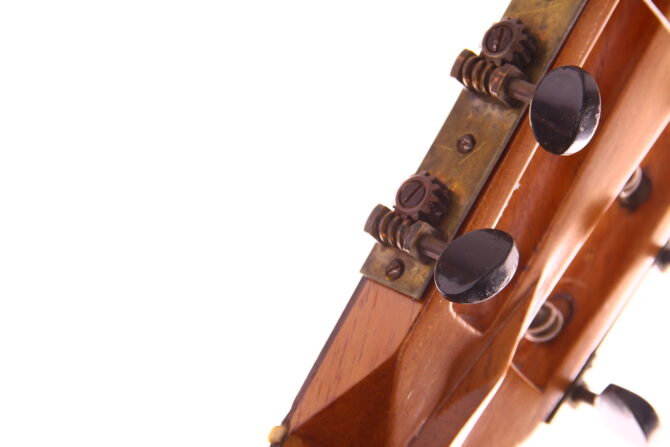 A very rare acoustic guitar made by Joseph Bohmann around 1890! A very special Martin like parlour guitar.

Joseph Bohmann is an American string instrument maker. He and his family immigrated from Prussia to Illinois around 1864.
He founded “Bohmann’s American Musical Industry” in Chicago around 1876 and soon became famous due to the quality of his Instruments. After winning multiple World Exposition awards from 1889 to 1900, Bohmann became an American Academy of instrument makers charter and committee member.

His instruments are rare and sought after until today. There is no makers label inside the guitar, but from the way of construction it can be attributed to a Josef Bohmann built around.

This Joseph Bohmann ~1890 is a cool parlour guitar from round 1890. It has a Brazilian Rosewood veneer body like many early parlors. A spruce top with colorful marquetry on the top edge and rosette. And an ebony fingerboard and bridge.
The nice quality tuners with bone buttons and the beautiful bridge pins underlines the quality of this instrument.

The action is low and the neck straight. The guitar has had a neck reset and plays very nice.
It has been restored and some cracks have been professionally repaired. The finish has been refreshed.

It has a very cool vintage blues sound and it is a lot fun to play it. We had a lot of these old small bodied guitars from Martin and can say, that this one is very special in all aspects.