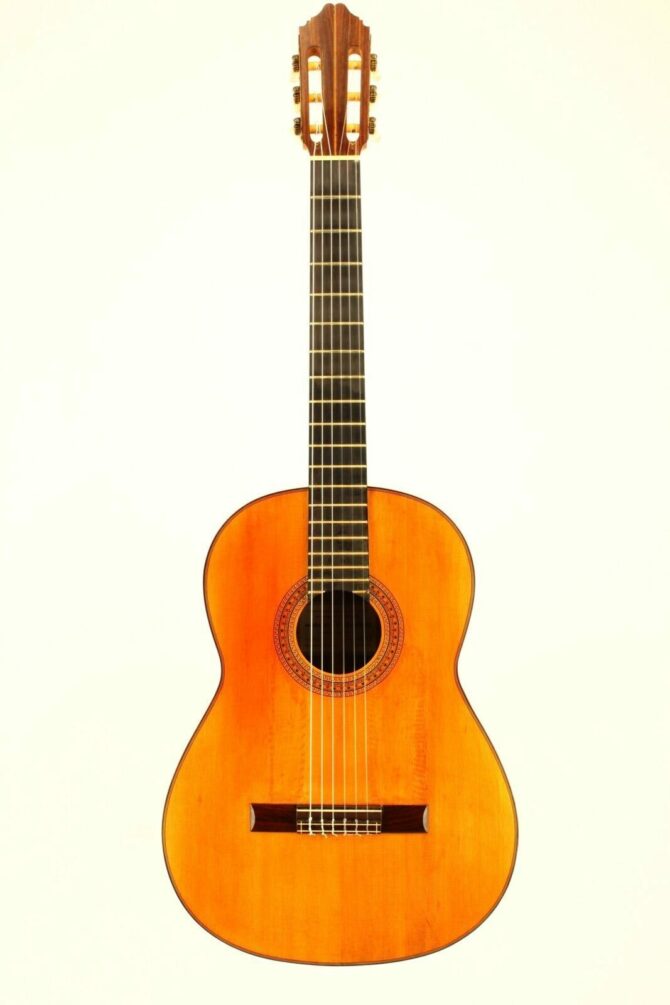 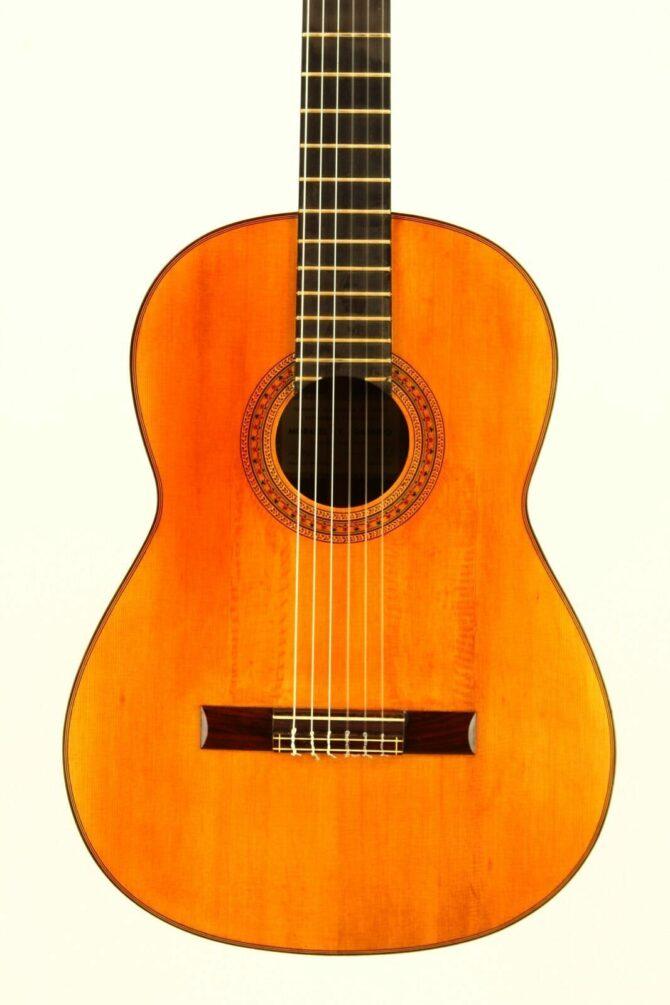 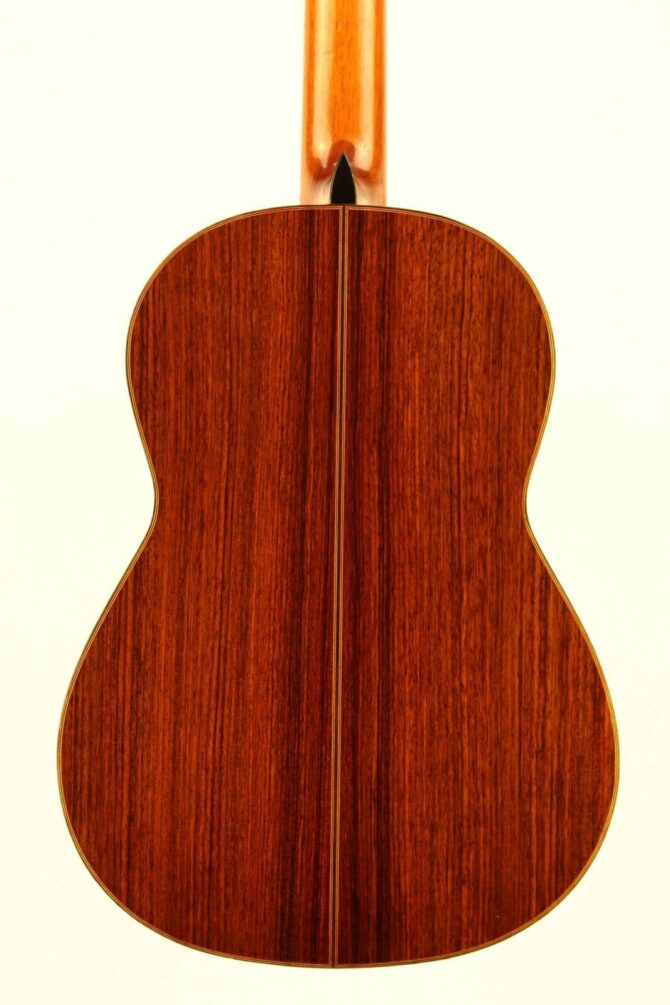 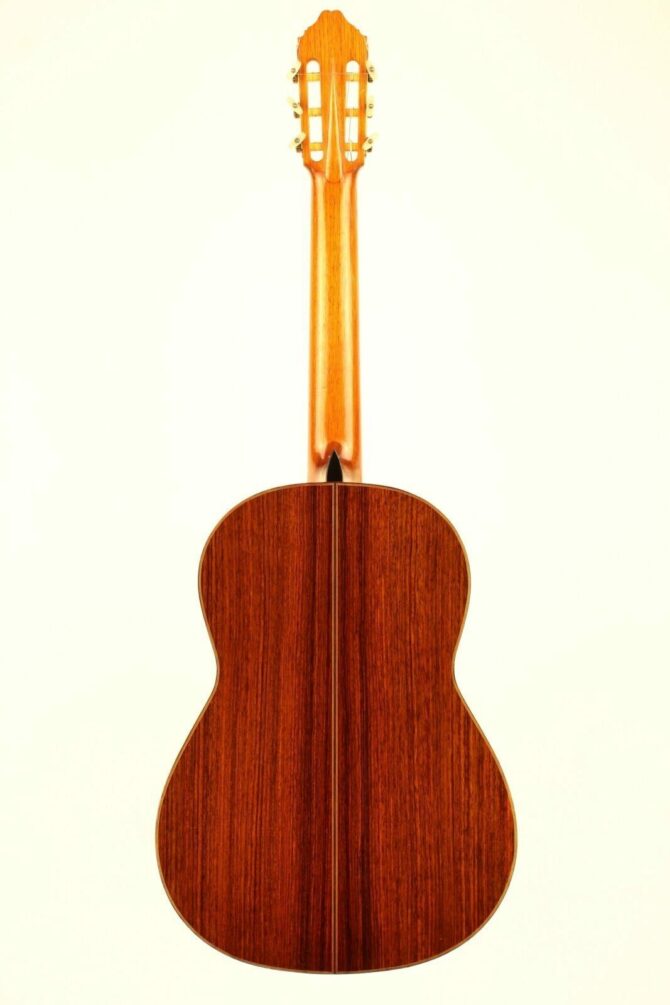 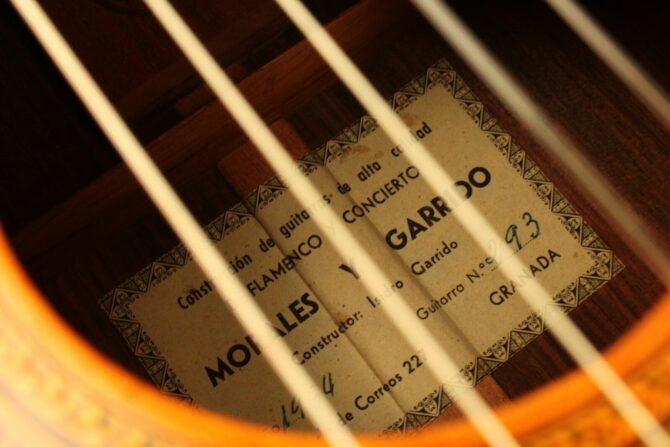 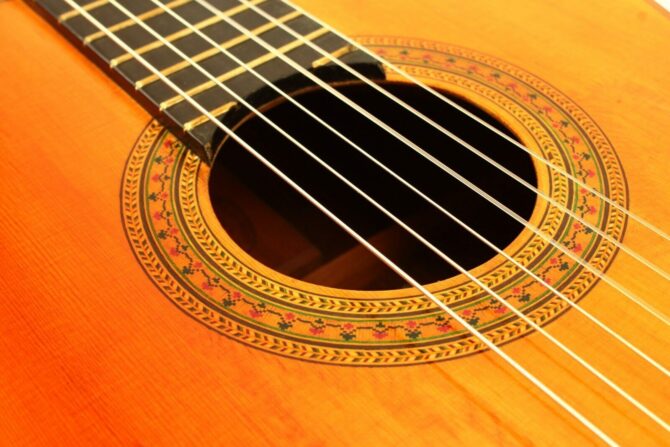 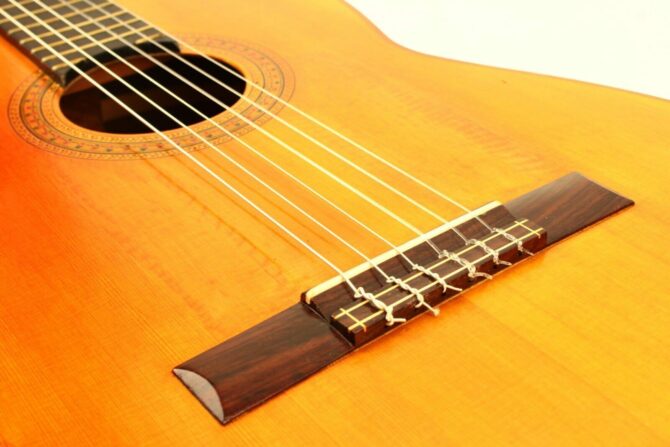 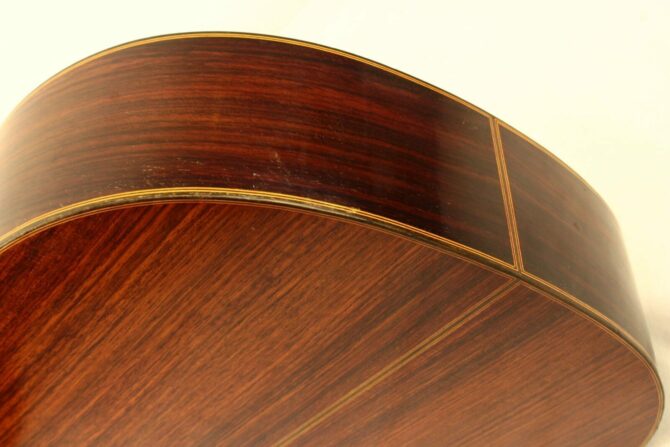 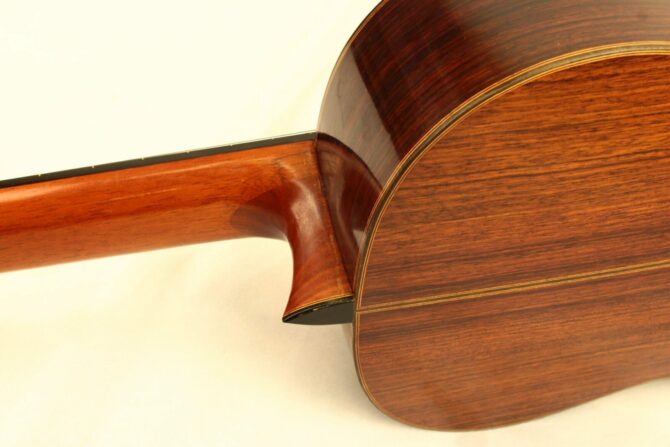 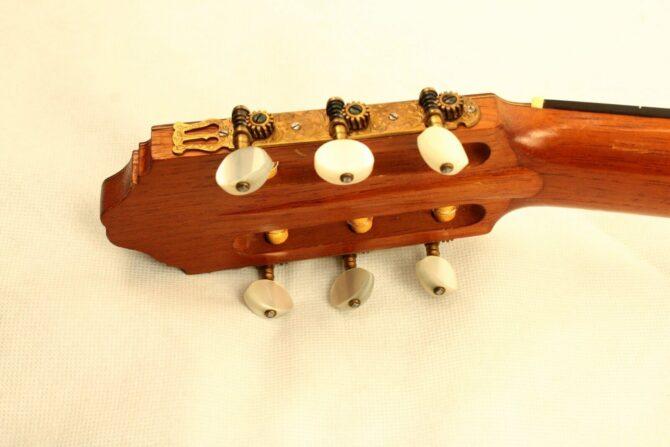 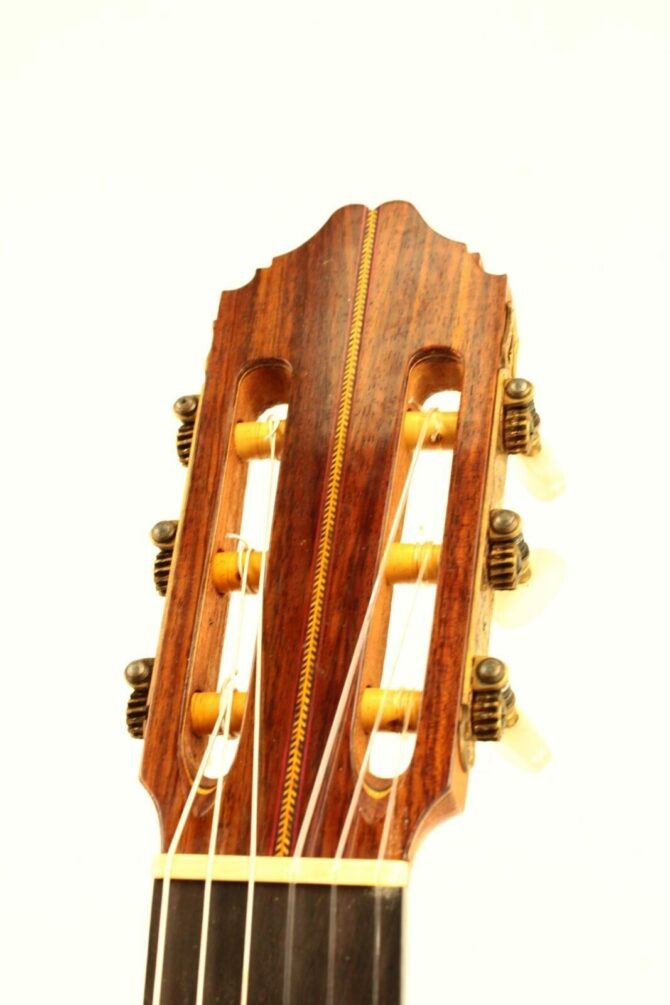 Isidro Garrido – Born 1922 in Granada, is one of those great luthiers from the region of Granada such as Antonio Marin Montero, Manuel de la Chica and many others.

He started as a cabinet maker at 14 years of age. In 1948 he started to build guitars and studied with Eduardo Ferrer and later with Rafael Morales. Later he became the teacher of Antonio Fernandez Ladron and others.

His guitars are very rare, because he only built a few guitars every year. Every guitar handmade and unique.

Soundwise this guitar reminds me to the guitars I had from Antonio Marin Montero and José Lopez Bellido. A fine Granada tone, very nice and sweet but powerful as well.
Together with the light construction and the fine materials, it produces a magical almost mystical sound. It is loud and clear and has all the vintage magic you’d expect. An excellent example of Garrido’s best instruments. The tone is gorgeous – rich and silky, smooth and full, marrying together the best qualities of a spruce-top guitar with the unique sound of Granadas greatest guitars. The separation between notes is clear and incredibly balanced, across the entire range.

The condition of this guitar is very good. It will be delivered with a suitable hard case.