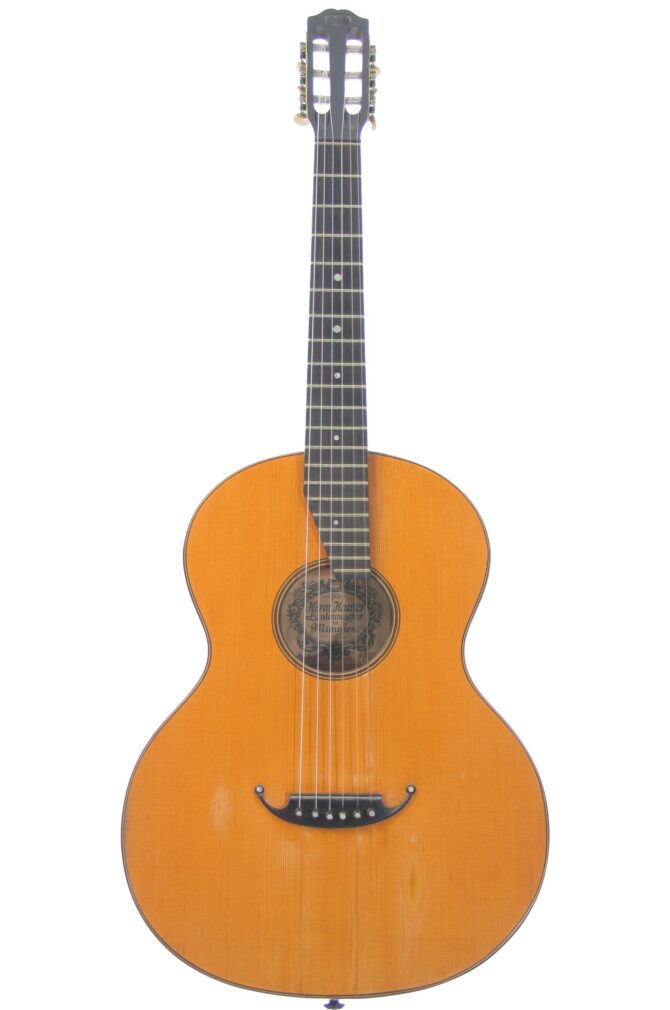 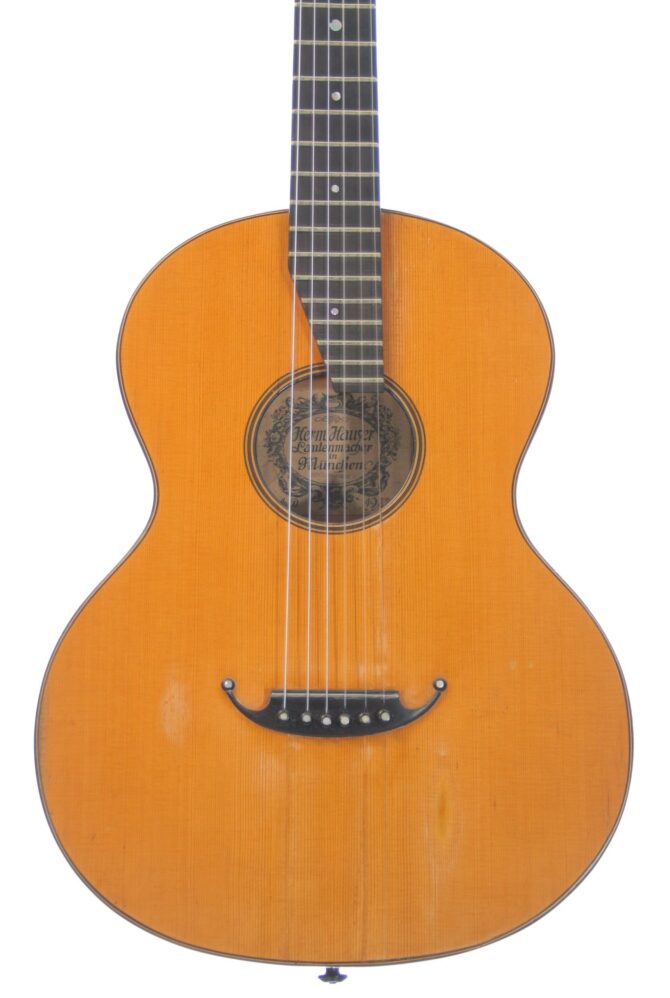 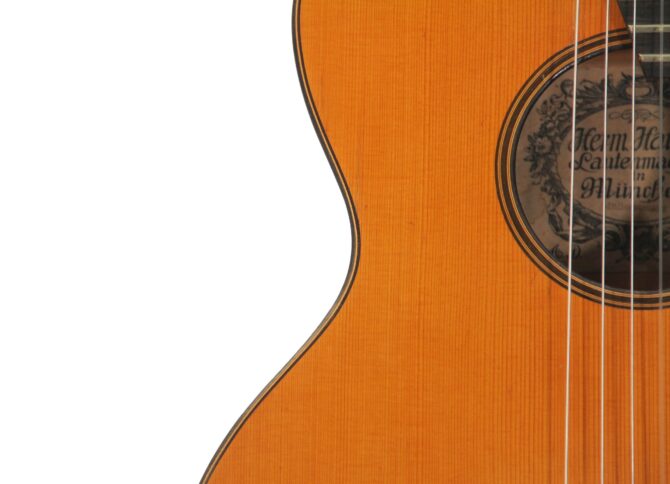 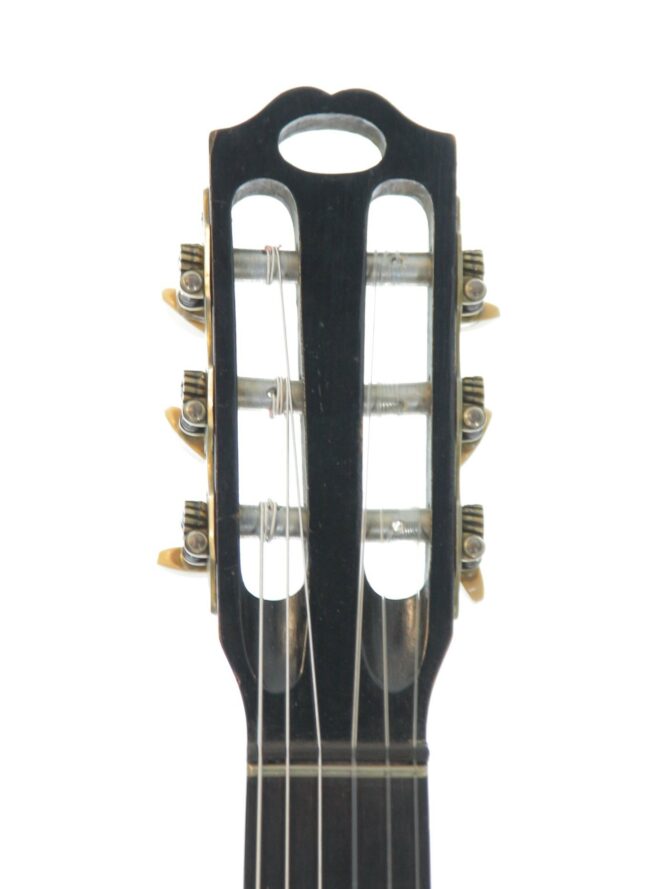 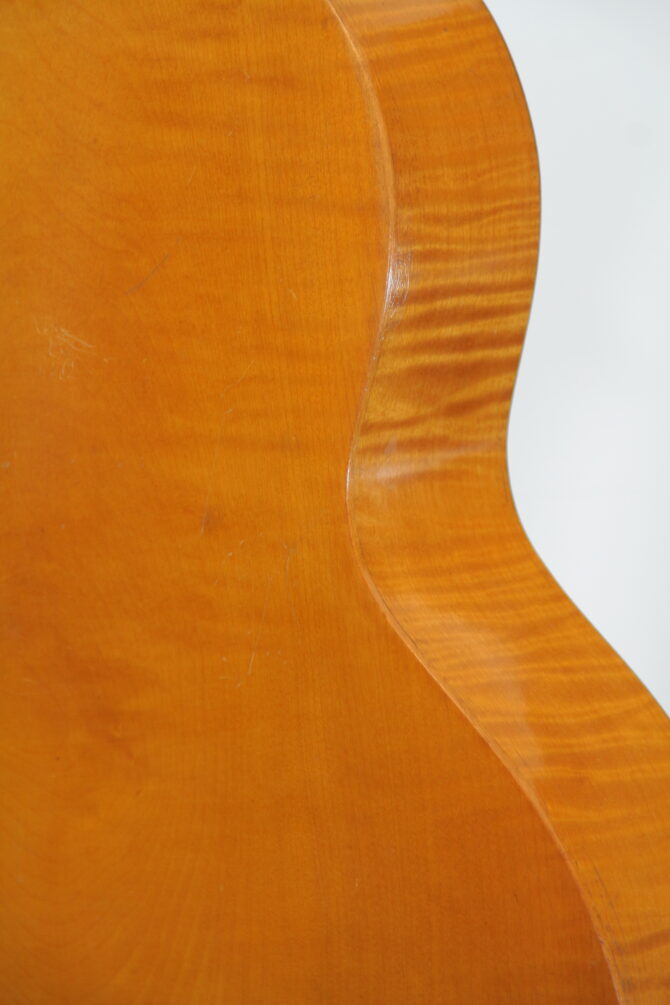 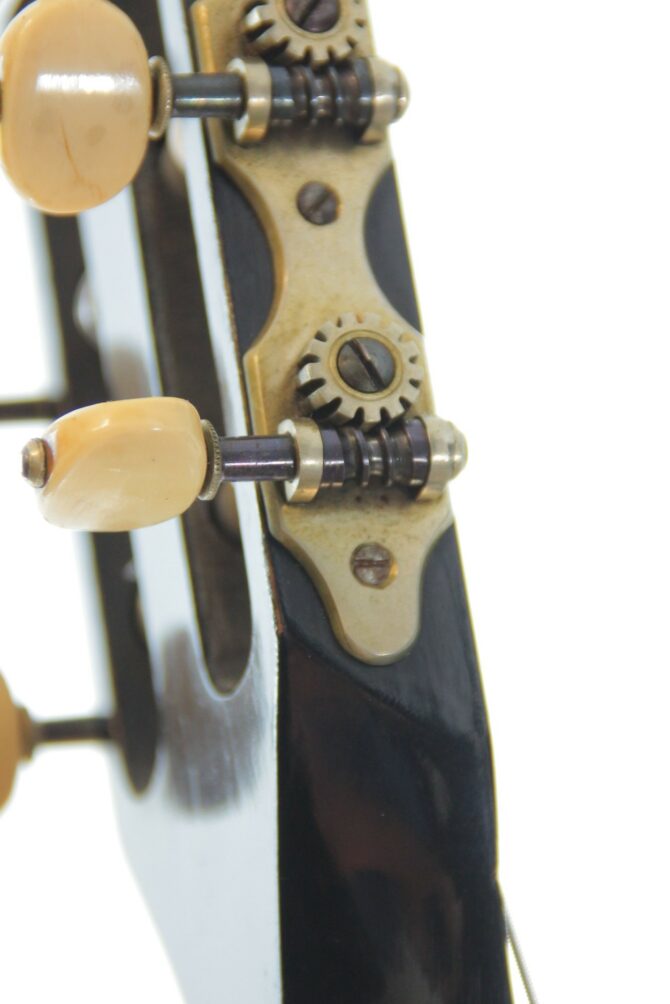 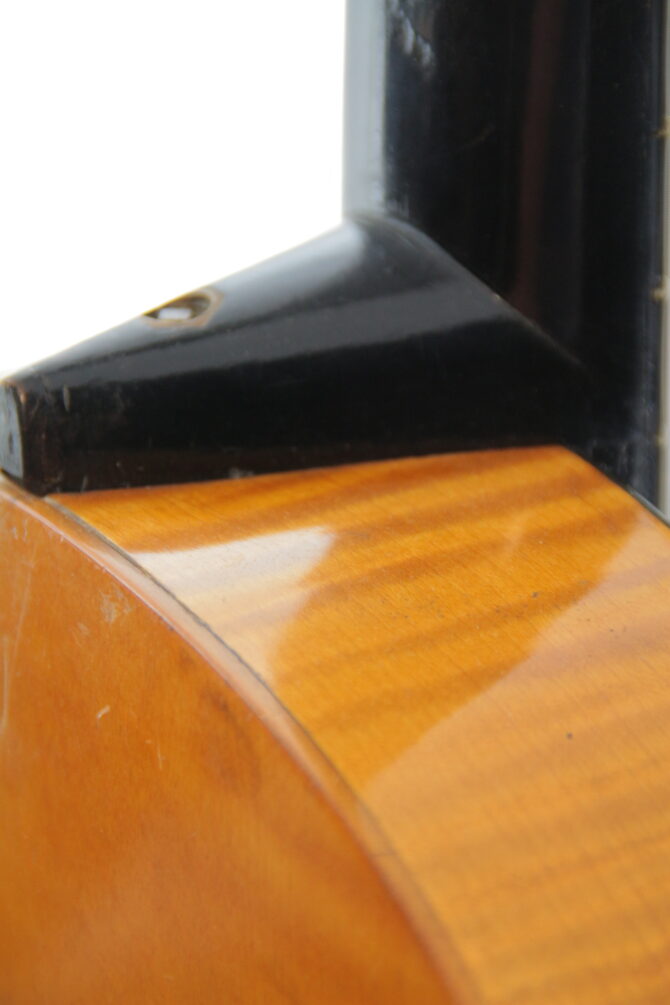 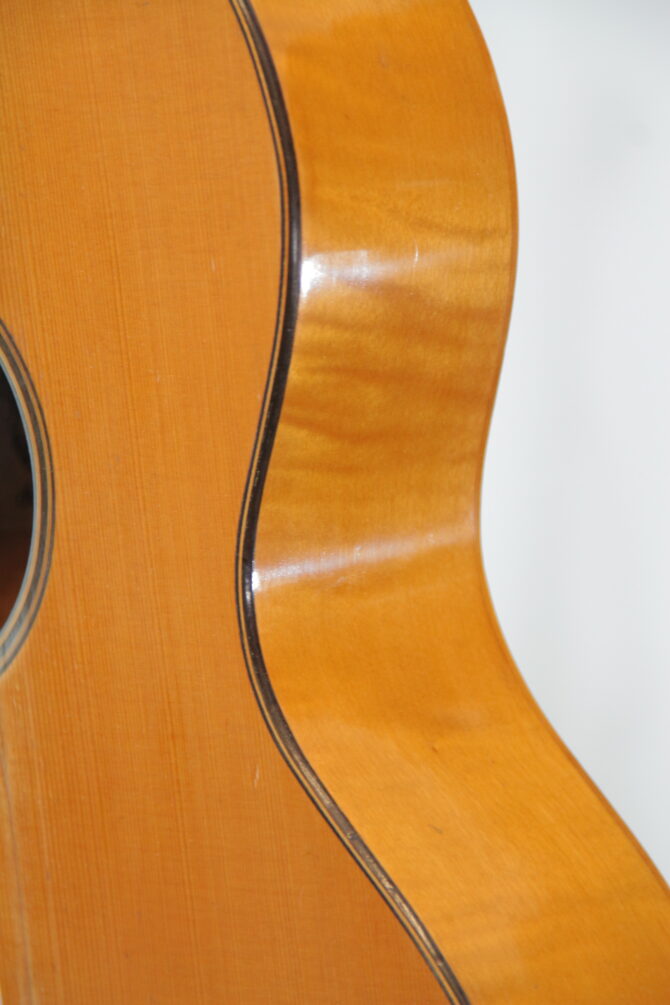 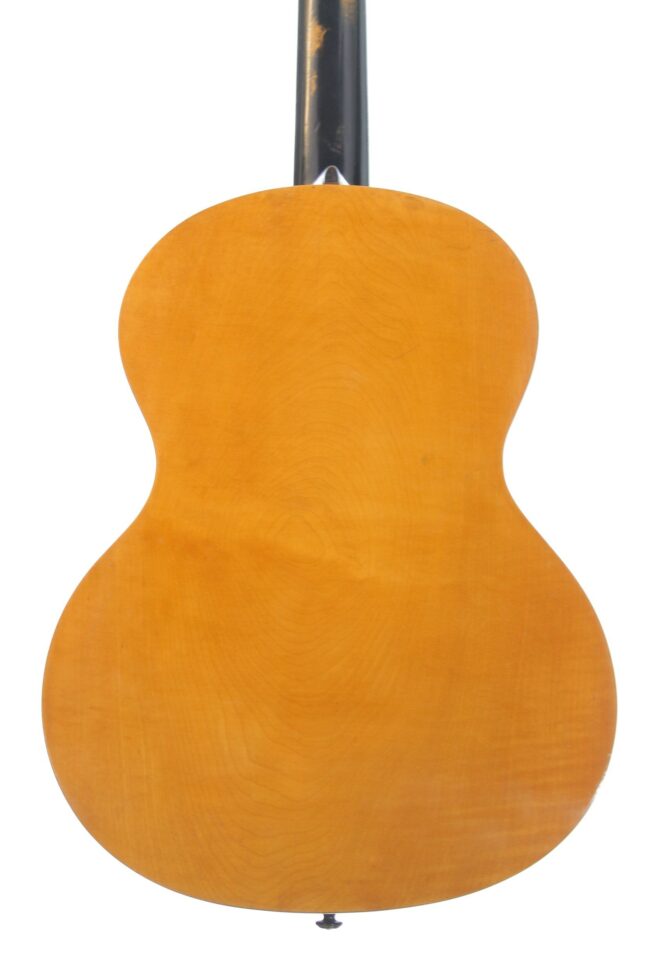 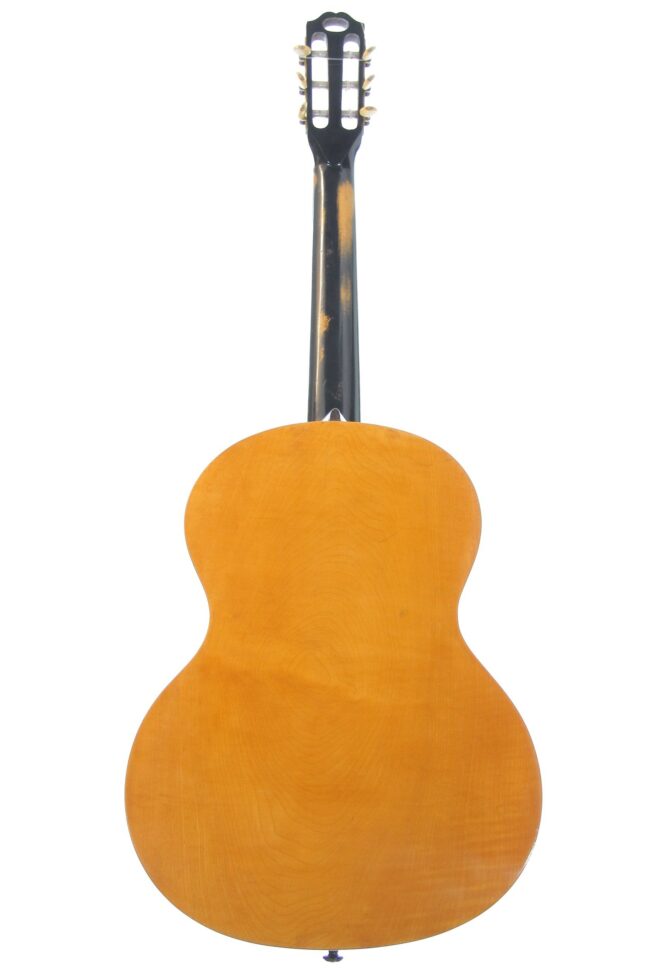 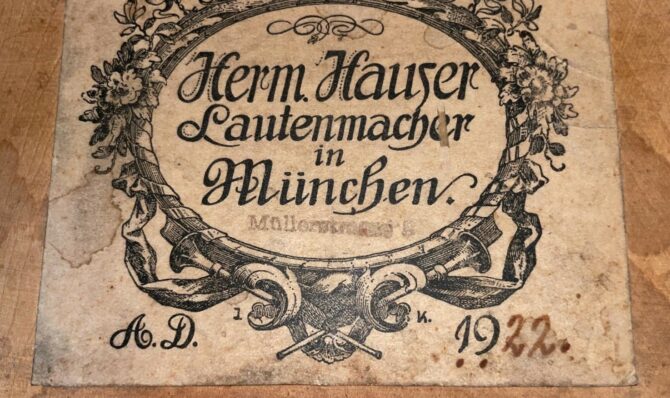 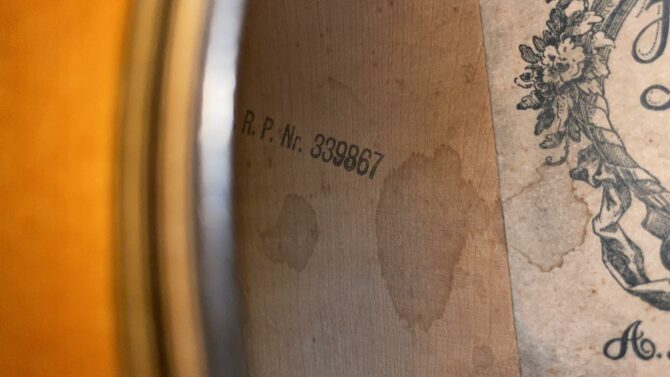 The German guitar maker Hermann Hauser I. (or Sr.) (1882-1952) is best known for the remarkable instruments he built in the Spanish tradition after 1924. In that year, both Andres Segovia and Miguel Llobet visited Hauser in Munich, and Segovia encouraged Hauser to copy his 1912 Manuel Ramirez guitar (an instrument generally believed to have been built by Santos Hernandez while he was a luthier in Ramirez’ shop). He examined this instrument and took measurements on it. Since Llobet owned an 1859 Antonio de Torres, Hauser also had the opportunity to examine this instrument. Although Hauser began building in the Spanish tradition in 1925, he had been building guitars, lutes and other related stringed instruments in the German/Viennese tradition since 1910. While it is generally assumed that Hauser built about 250 guitars in the Spanish tradition between 1925-1952, experts believe that not many more instruments in the German/Viennese style were built by him. His life’s work therefore comprises about 500 instruments, all finely handcrafted. Each one is an absolute rarity.

This guitar by Hermann Hauser I is based on the guitars built in Vienna. The top is made of spruce. The back is made of finely flamed maple, as are the sides.
The nut width is 46 mm and the scale length 640 mm.

The sound is powerful and the guitar immediately impresses with its great dynamic and fast response – masterful with concert quality. The guitar offers a lot of clarity, but at the same time an exceptional tonal flexibility and a wide range of beautiful timbres in all registers.
It exudes the magic that only an old, masterfully built instrument can produce and which immediately captivates the player.

The guitar has been professionally restored and a few cracks very expertly repaired. It comes with a suitable case.