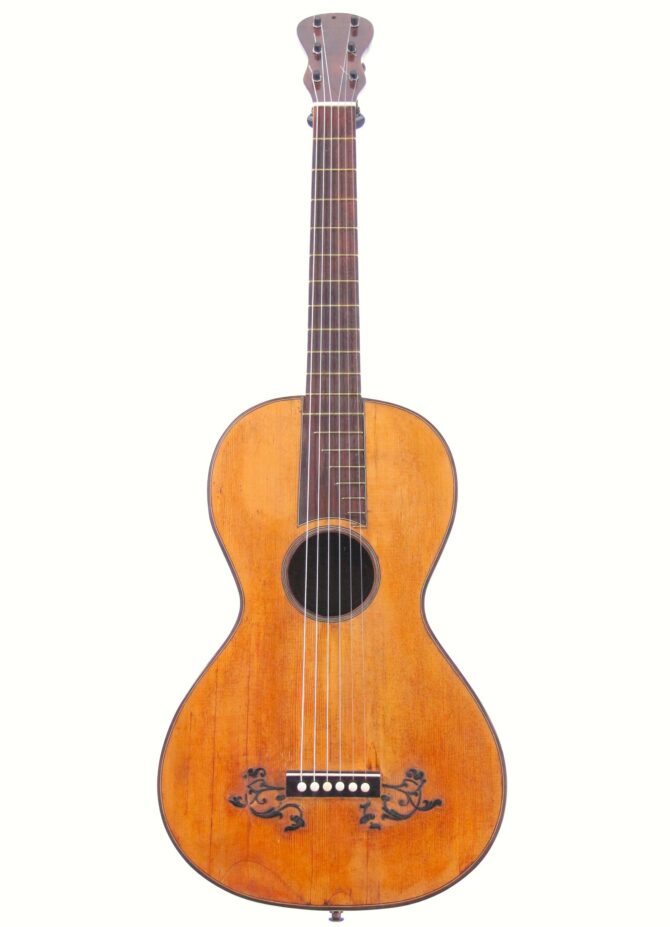 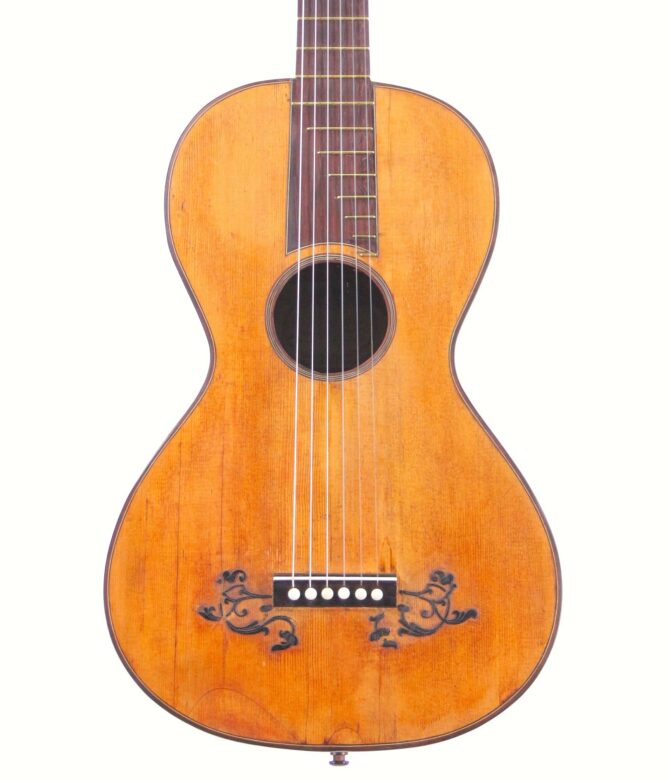 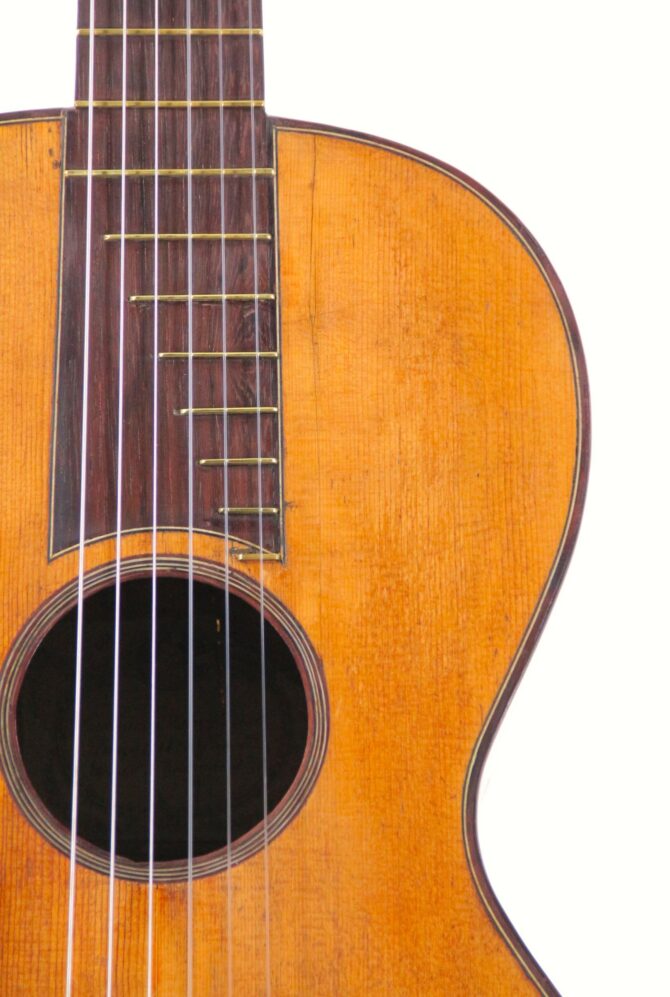 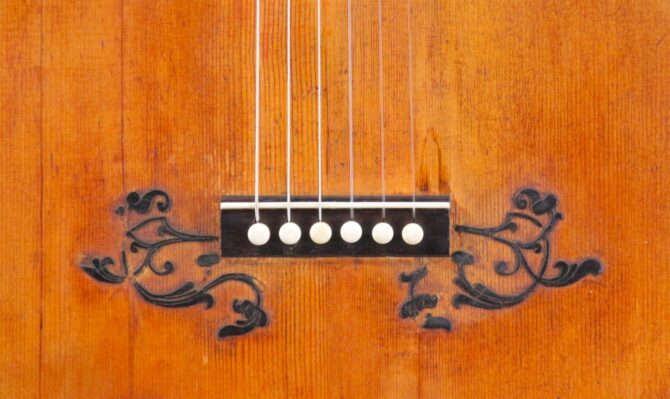 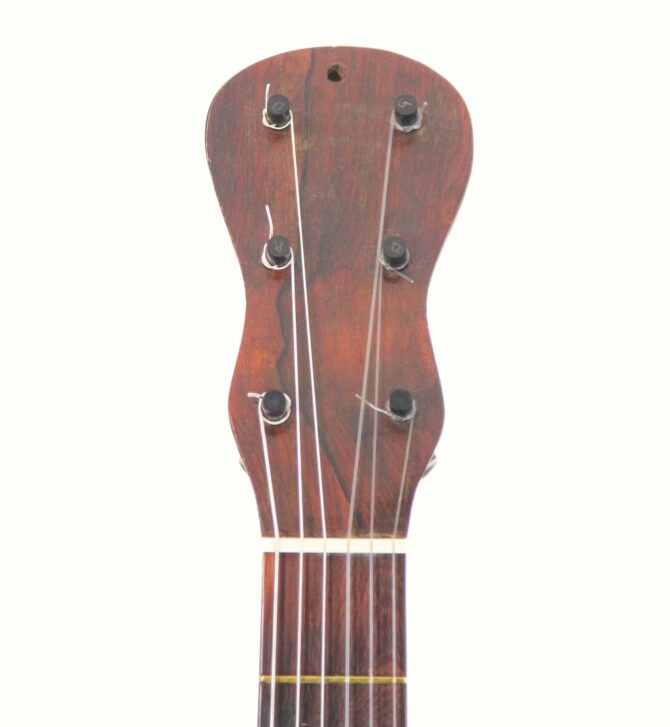 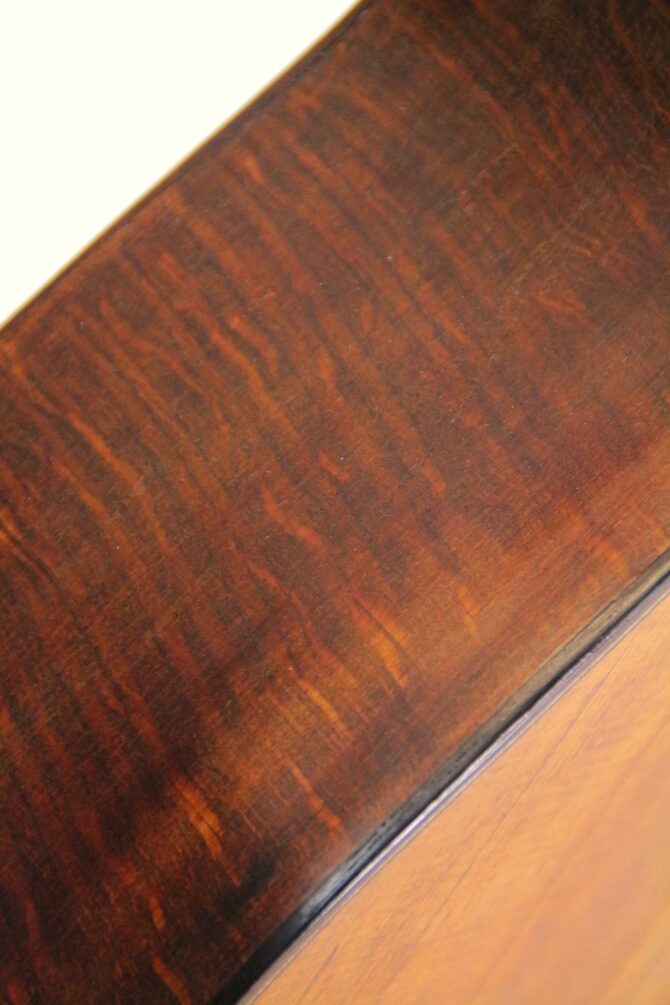 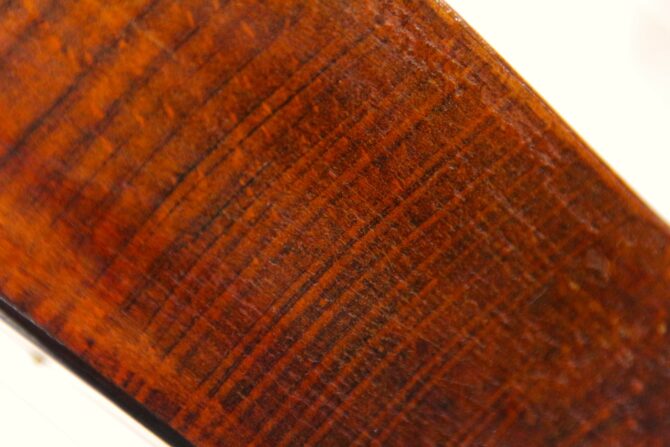 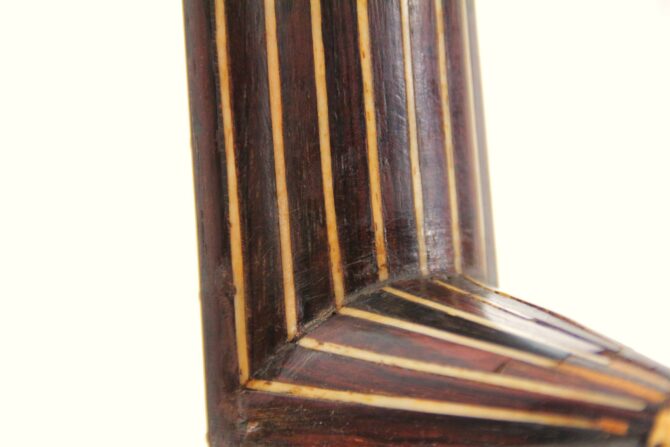 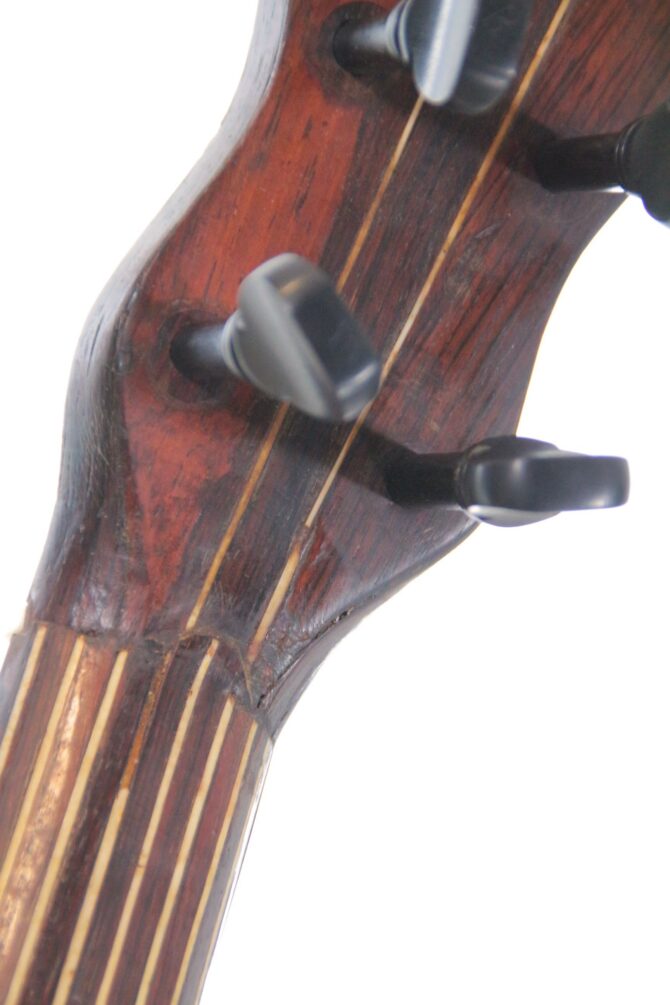 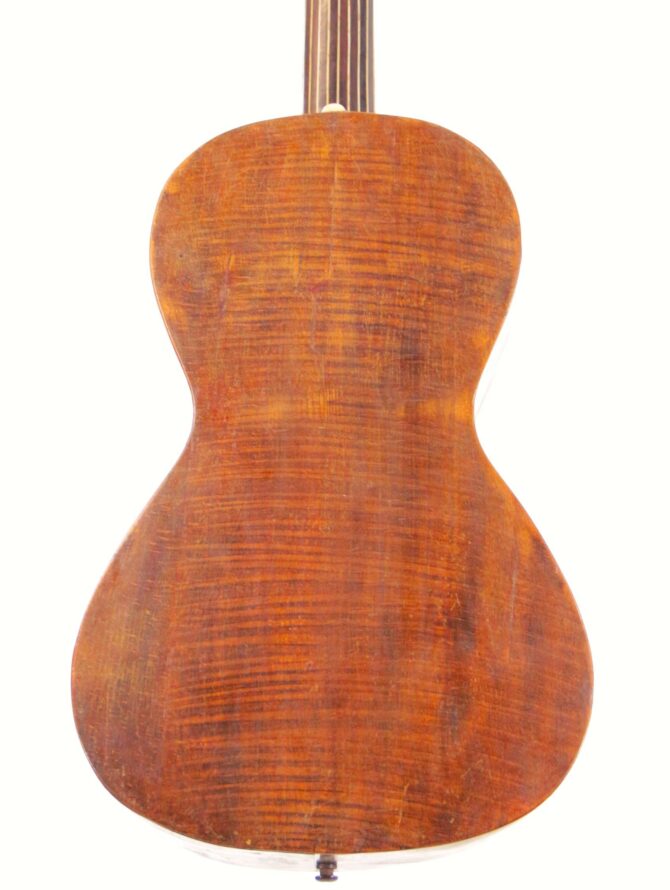 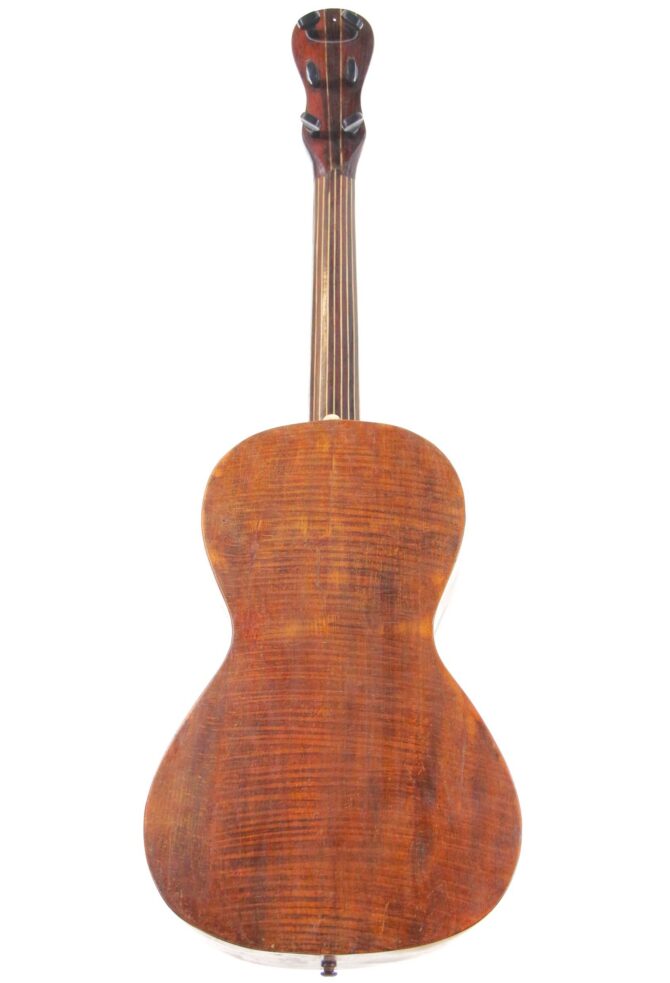 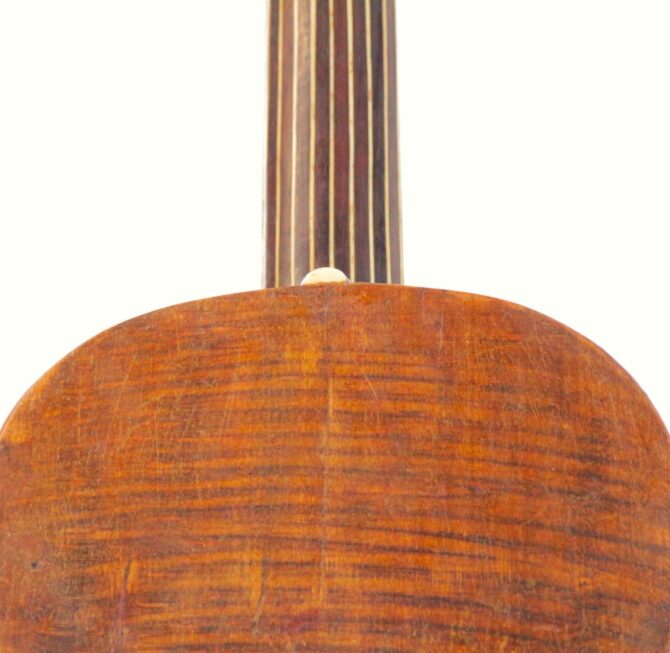 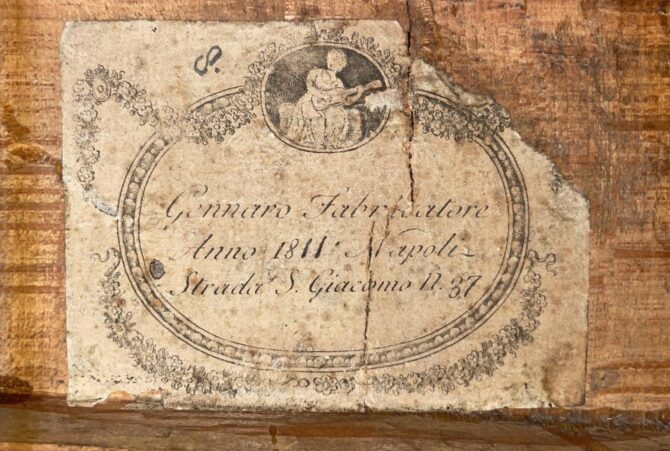 Gennaro Fabricatore 1811 – romantic guitar for highest demands – it has a magical sound!

Gennaro Fabricatore was the son and pupil of Giovanni Battista and was the nephew of Vincenzo, and was active in Naples between 1773 and 1832. The Fabricatore family was highly regarded in Naples for the construction of guitars, lutes and mandolins. Some of their instruments are preserved in European museums. Gennaro began his carreer making violins and cellos, which are still highly esteemed, but began to make six-stringed guitars as well from the 1790s. Although Torres is often credit with “inventing the 650mm scale that is standard for classical guitars, Gennaro unlike his contemporaries was making 650mm scale guitars decades before Torres, and guitarists find very playable.
Among the musicians of his day who owned his guitars was Nicolò Paganini who owed one built in 1820. Mauro Giuliani (1781-1829) owned on made in 1804, and wrote of its extraordinary potential both as a solo instrument and in duo with the violin or flute.

As Gennaro also made violins, he used the finest grade Alpine Italian spruce for the soundboard. The back is made of flamed maple (one piece), as well as the sides. The headstock and the whole neck is from rosewood. The neck has beautiful inlays of whale bone (baleen). It has 650 mm scale lengths and 44 mm nut width.
This guitar has been fully restored and is in excellent playable condition.

This guitar, as always with Fabricatore, is an absolutely stunning instrument. It has a clear sound, rich harmonics, striking highs and lovely basses. It is quite impressive that such a sonorous and fine instrument was built already more than 200 years ago.
It has a very natural, “woody” quality of sound, very stylish, refined and alluring. The rich, played-in quality of sound is something that can only be found in an instrument of this vintage. In the hands, it feels very expressive and responsive to the most subtle of changes in the players touch. The sound is absolutely magical from the bottom-end to the highest registers.