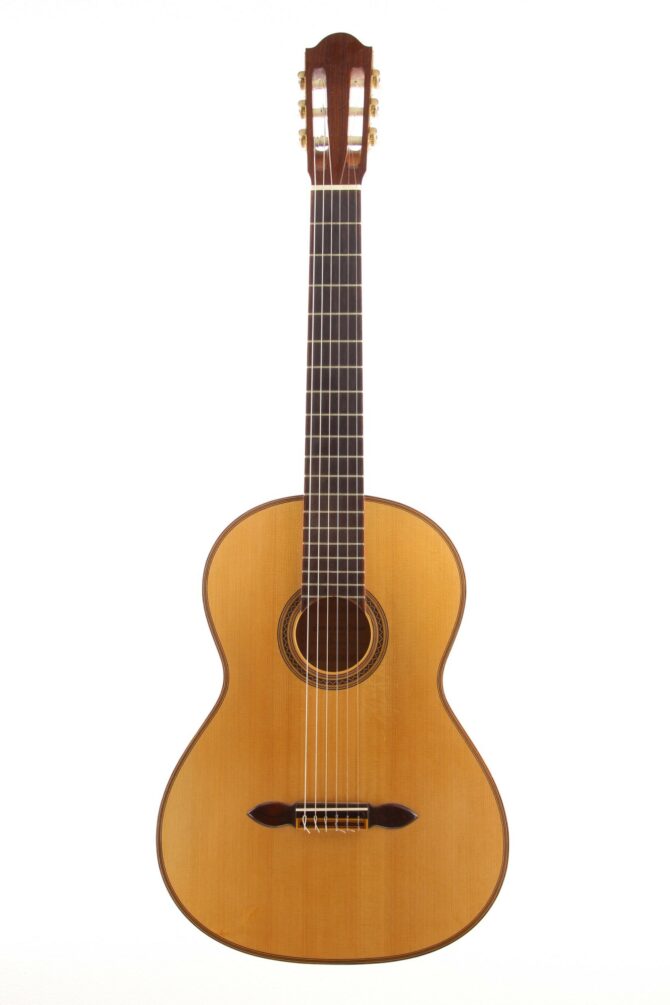 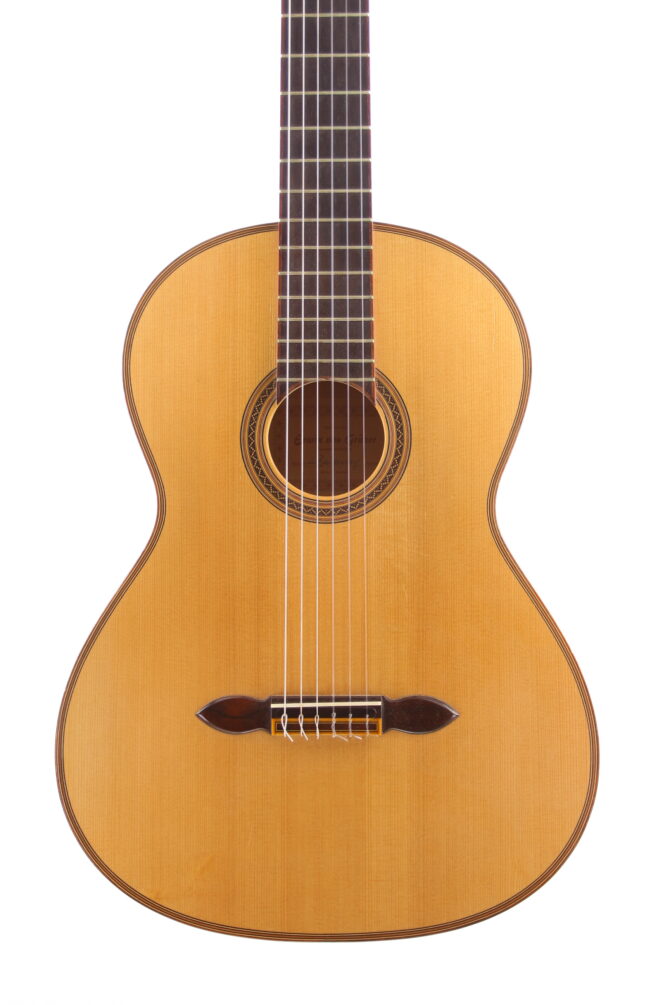 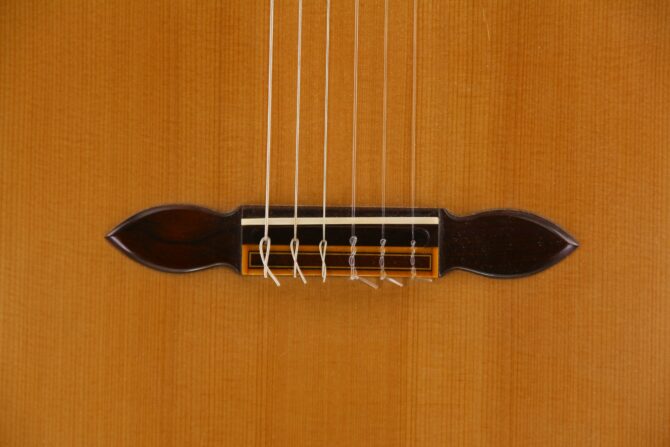 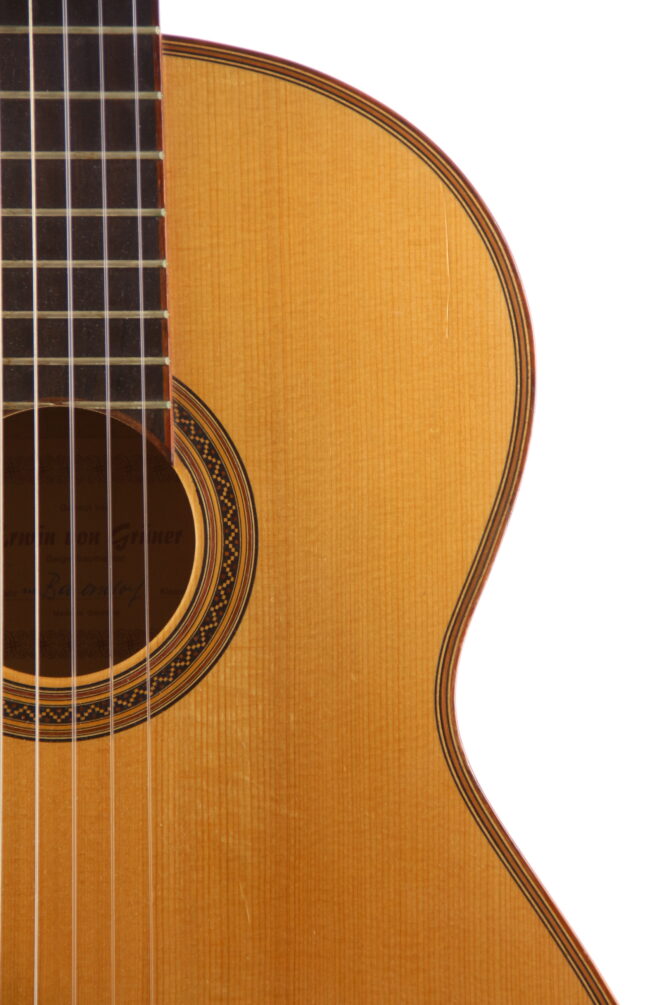 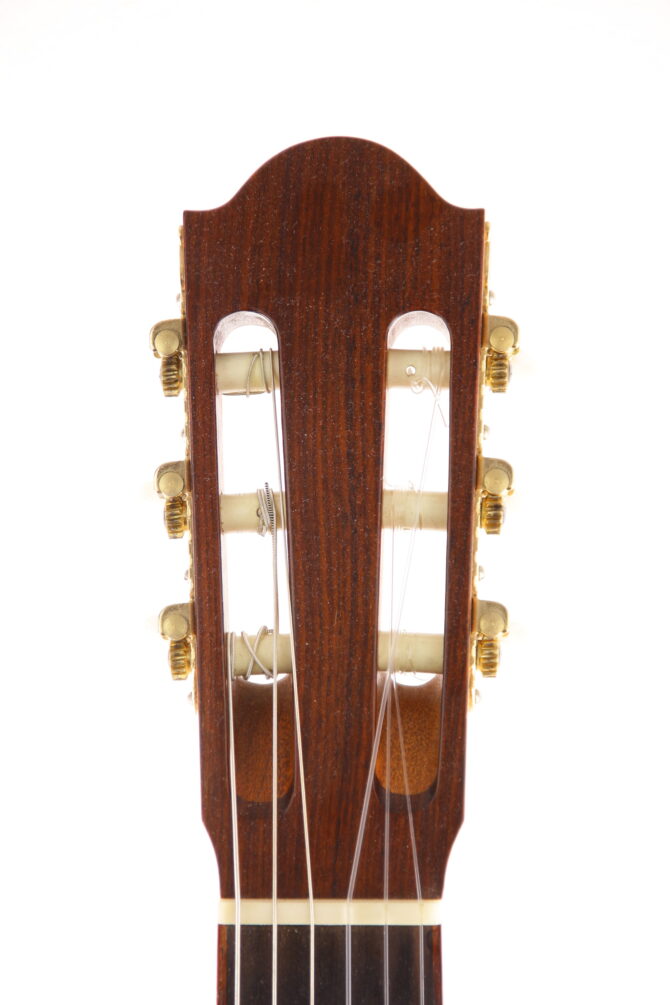 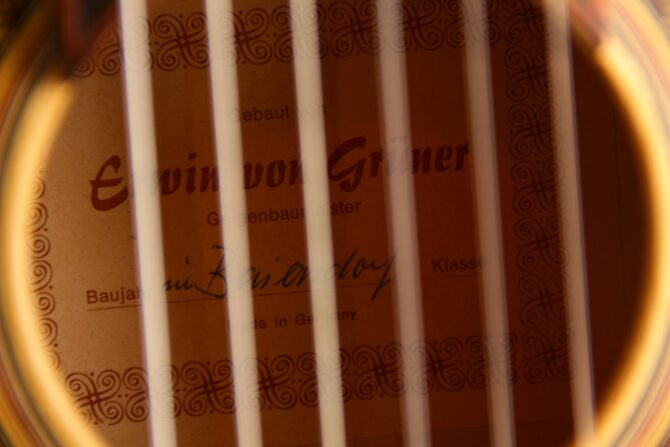 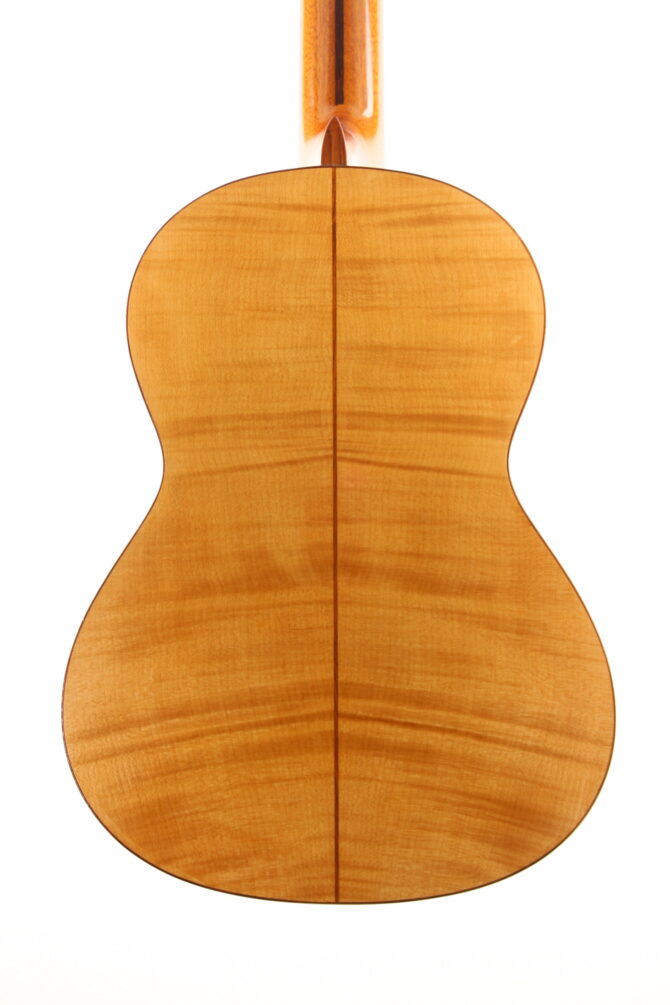 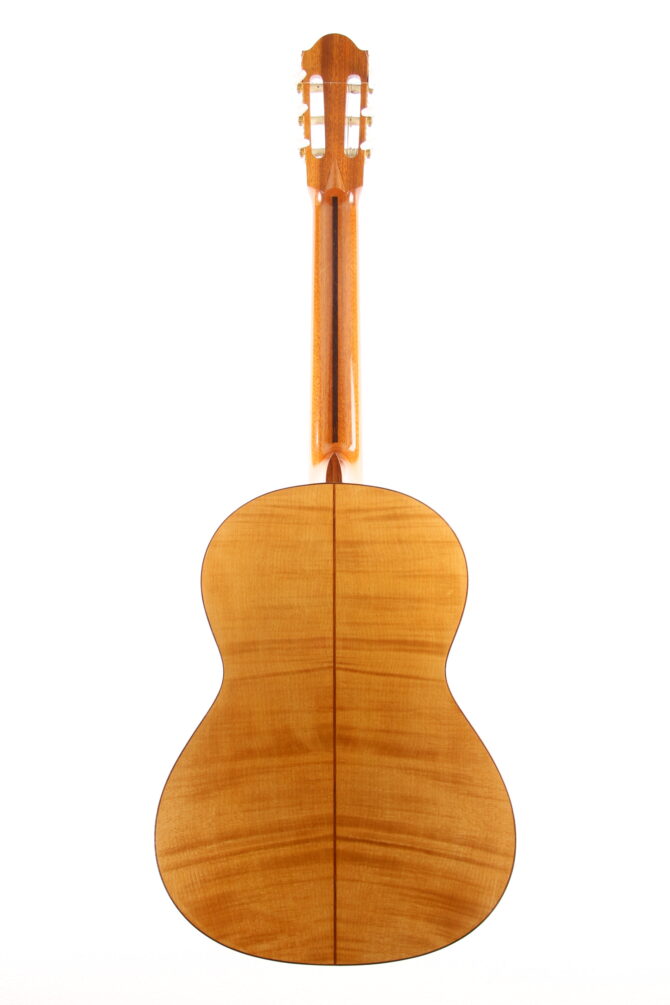 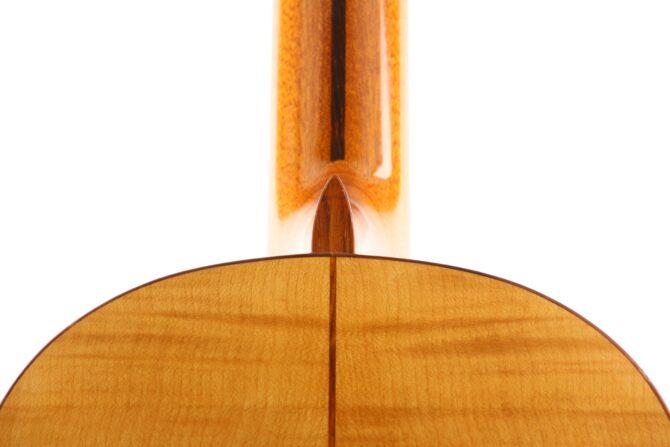 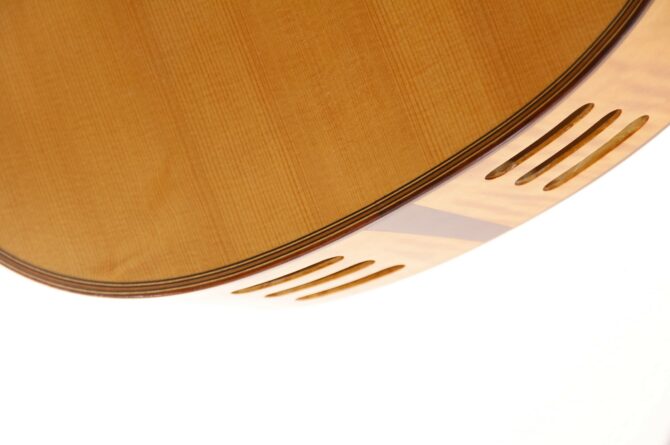 Erwin von Grüner is one of the German guitar builders who became world famous for his innovations with his guitars.
Erwin von Grüner (1925-2001) was born in Teplice. His father was an instrument maker and also owned his own musical instrument shop.In 1951 his family moved to Franconia where Erwin von Grüner found employment with Fred A. Wilfers in a musical instrument factory specializing in the construction of violins. Soon afterwards, in 1954, he opened his own studio in Baiersdorf. Erwin von Grüner is considered one of the most innovative guitar makers. Constantly searching for the perfect sound, he optimized his guitars again and again.
The highlight of the guitar offered here is without doubt the built-in double resonance system (a body within the body). This has a positive effect on the sound, especially on the treble strings and the overtones.

This guitar has a spruce top. Back and sides are made of very beautifully flamed maple. The guitar is in good condition and has hardly any signs of use.
The previous owner bought the guitar directly from Erwin von Grüner in 1984!

The scale length is 650 mm and the nut width 53 mm. It comes with the original guitar case.