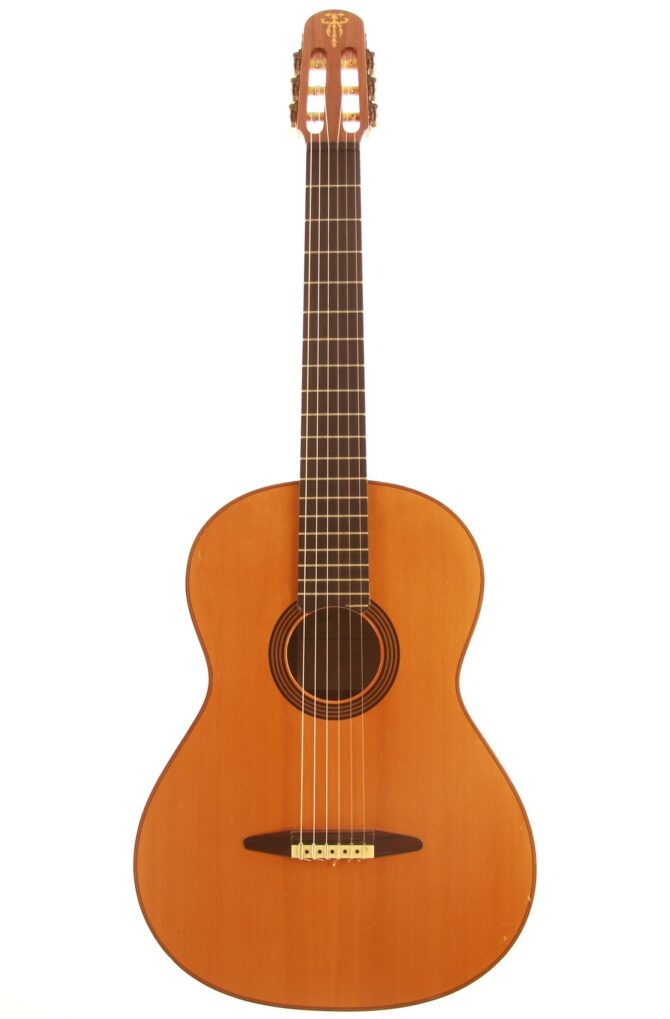 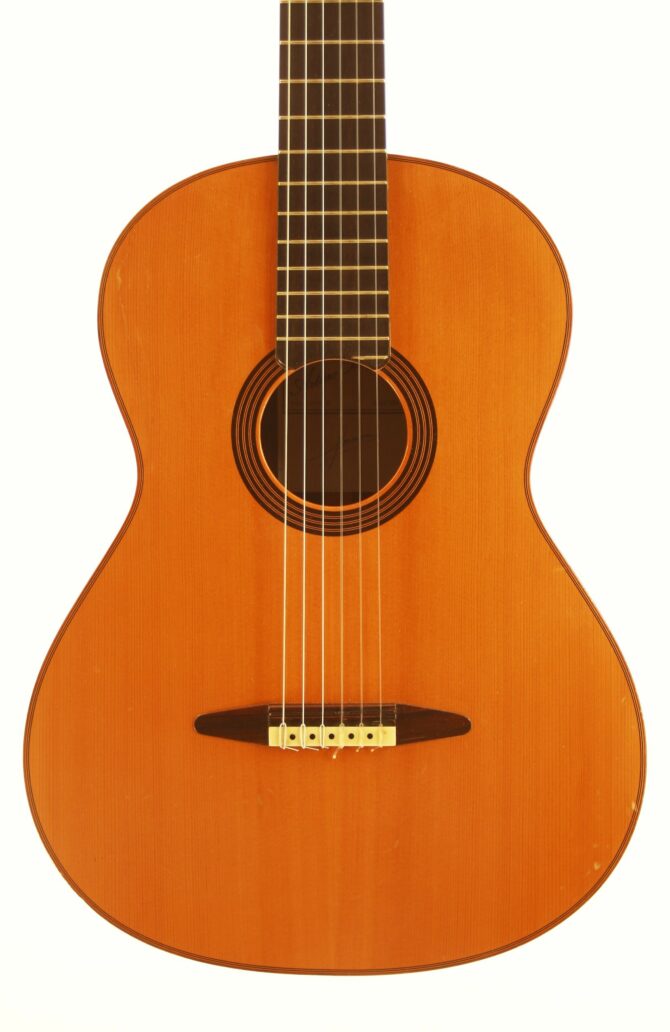 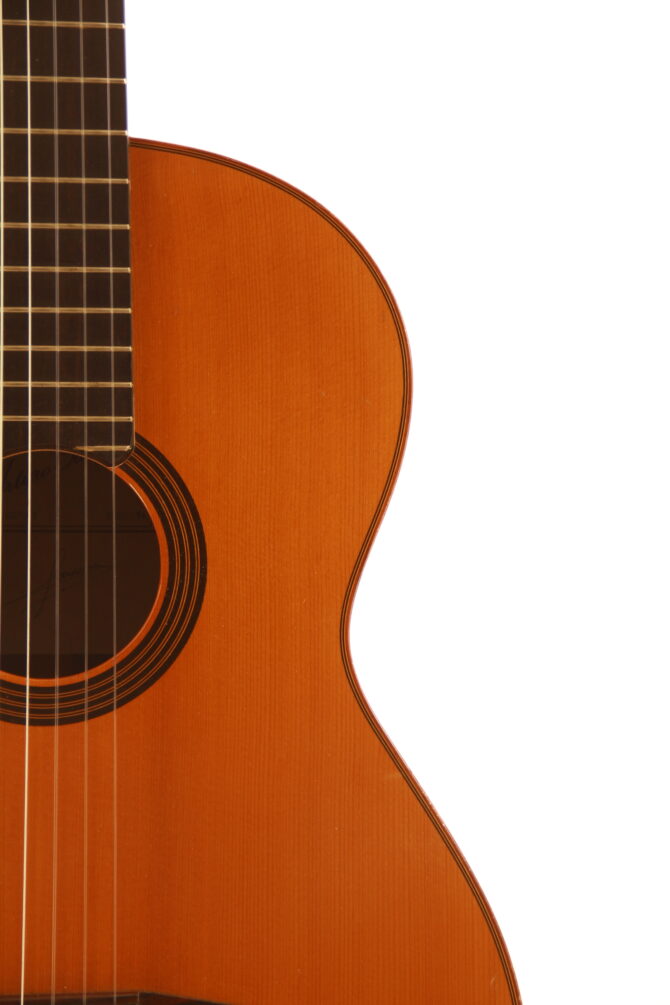 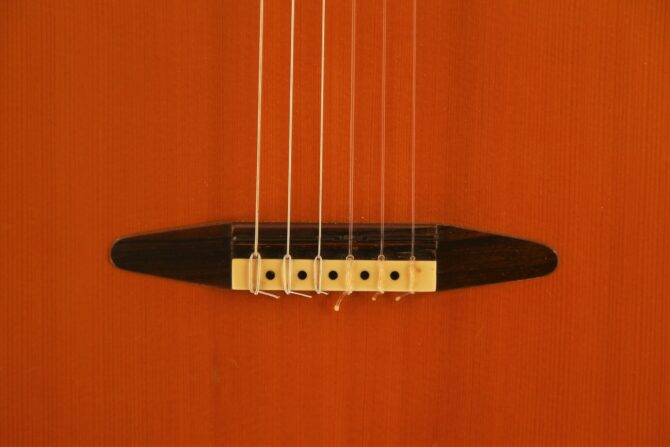 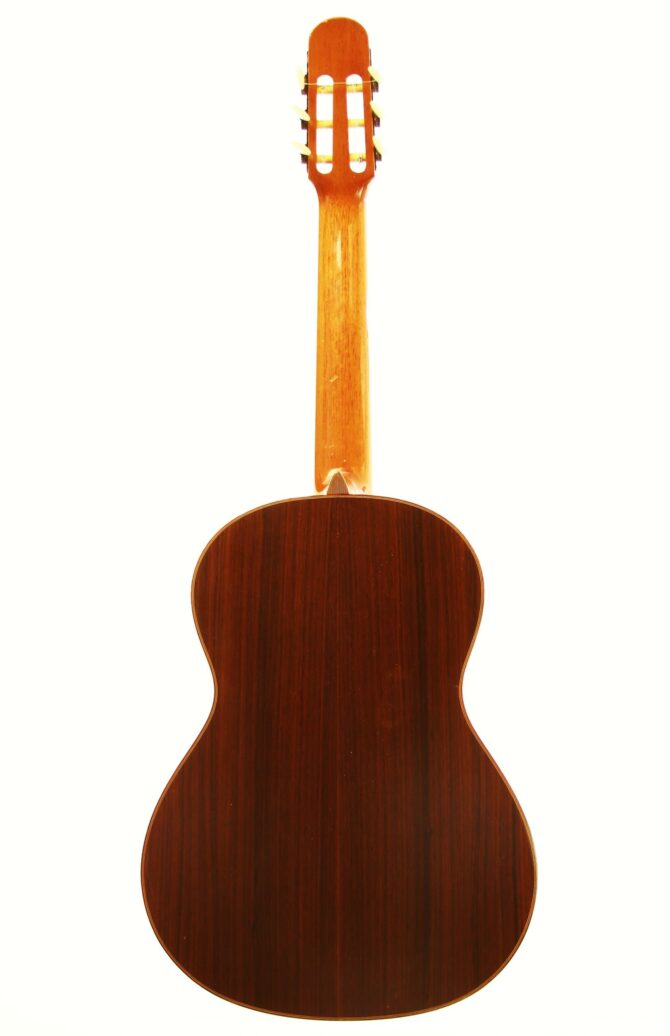 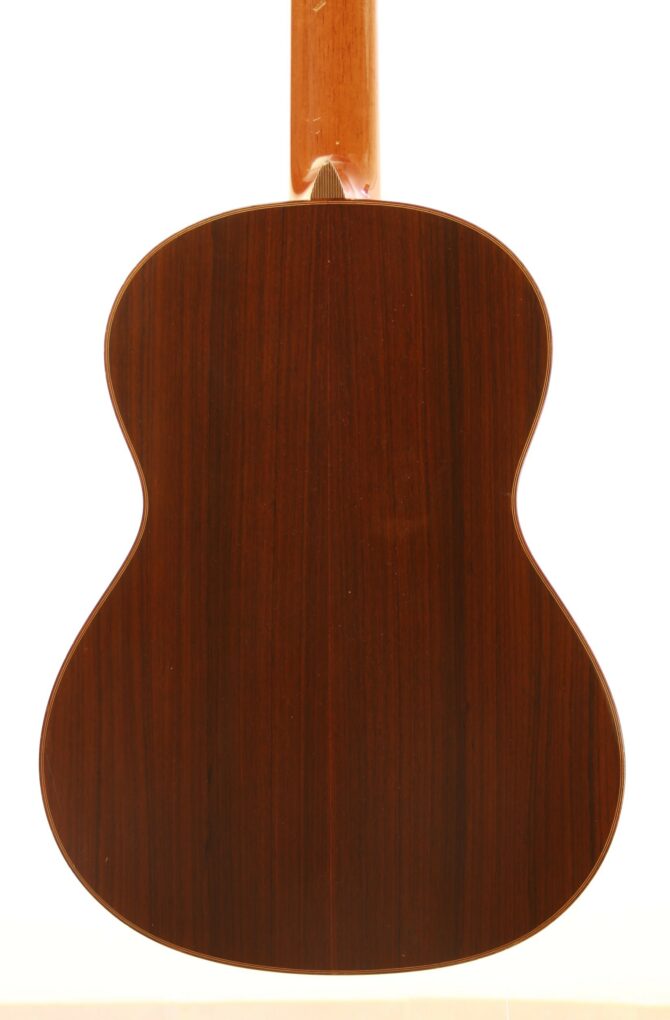 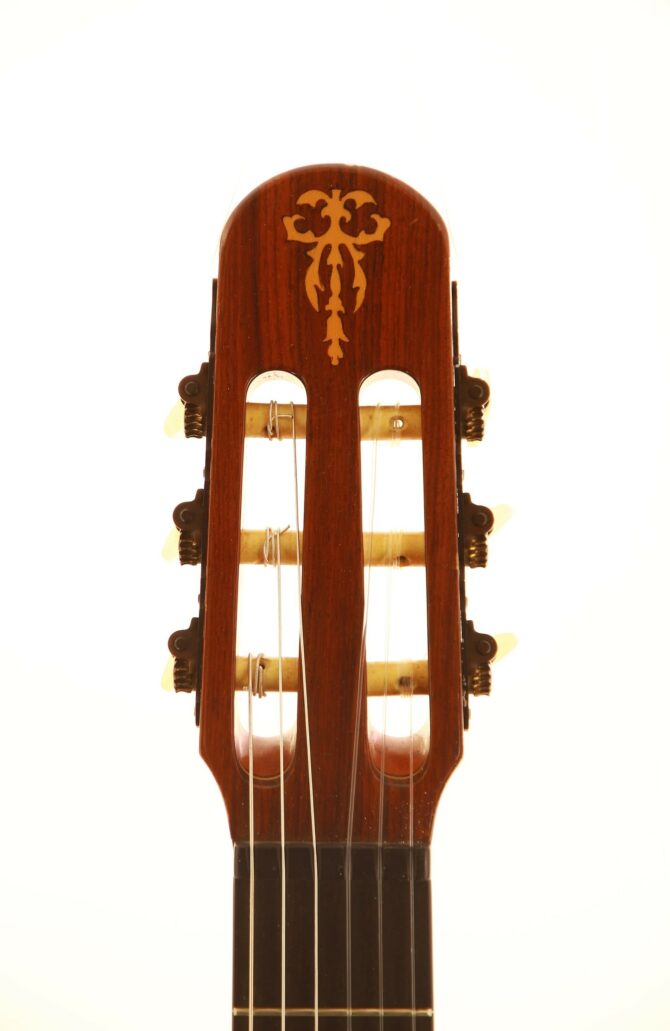 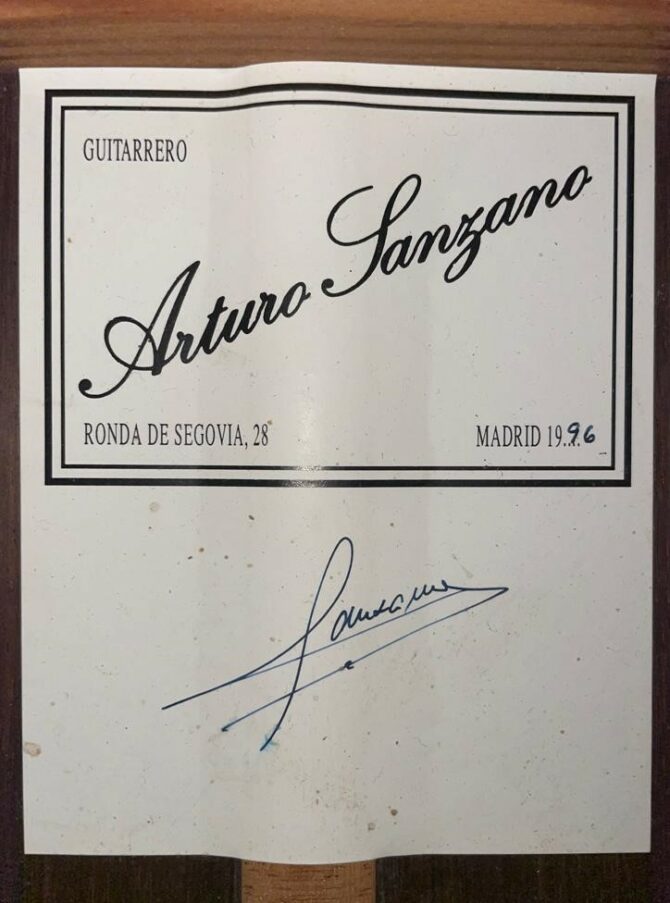 Arturo Sanzano 1996 – a very special and finely crafted classical guitar in the Ramirez-1a-style.

Arturo Sanzano began his career as a guitar builder in 1963 as an apprentice in the shop of José Ramirez III, where he worked as a master guitar builder until 1984.
At that time he became self-employed and opened a new workshop with Mariano Tezanos (another luthier from the Ramirez shop). Together they built guitars for some years.
Later then Arturo Sanzano opened his own workshop in Madrid, where he started to teach Miguel Molero and Alfredo Gregori. Also Arcadio Marin was his Student …

This wonderful guitar is built in the style of a Ramirez 1a classical guitar. It has a spruce top and rosewood back and sides. The scale length is 650 mm and the nut width 52. It has the typical Sanzano headstock and his bridge style. It also posses beautiful handmade inlays and a nice rosette.

The sound is warm and powerful, very balanced with exceptional depth and clarity. The dynamism of the basses is impressive and combined with powerful and crystal clear heights and impressive timbres, this instrument is simply stunning.

The condition of the guitar is very good. It has wear from play and use and a longer scratch on the top is still a little visible.
The guitar is perfectly set up with a low action and a straight neck.

It comes with a suitable case.