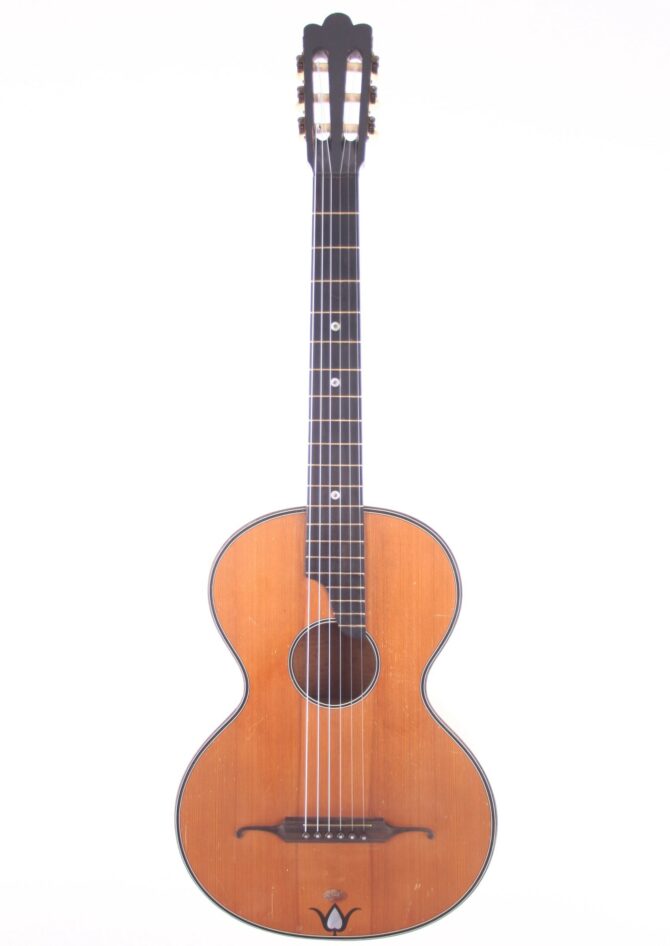 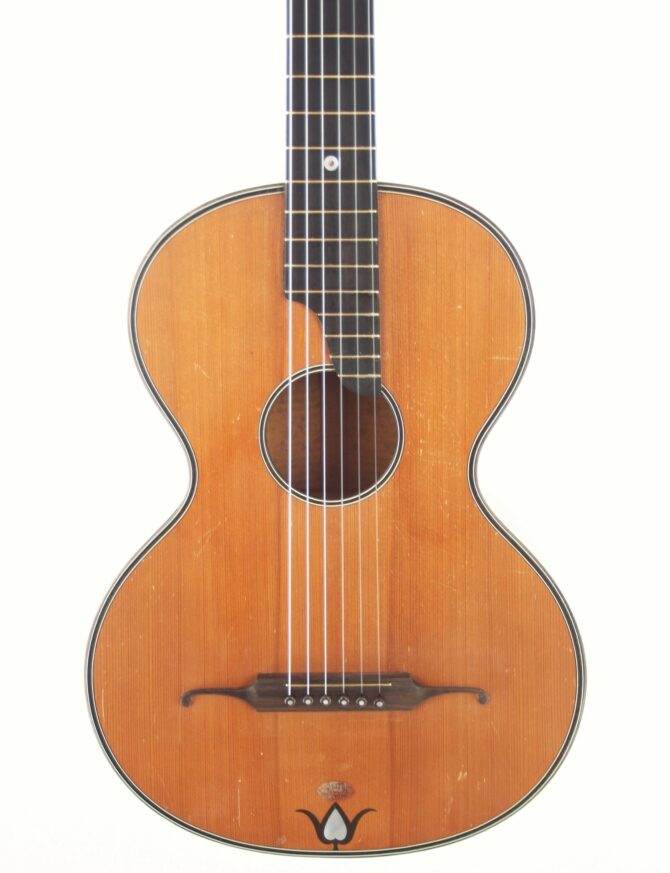 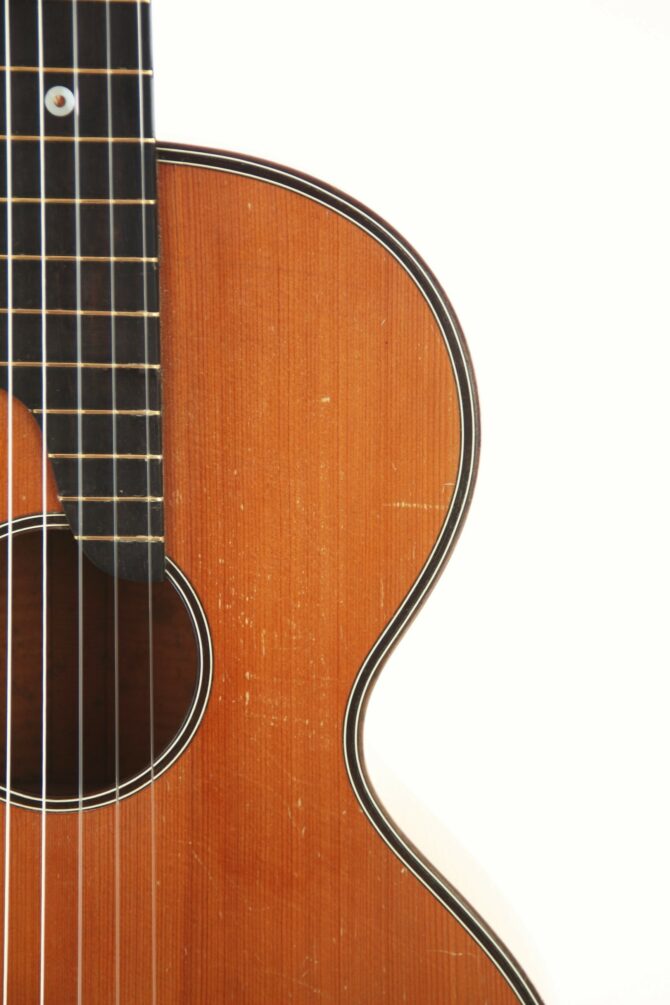 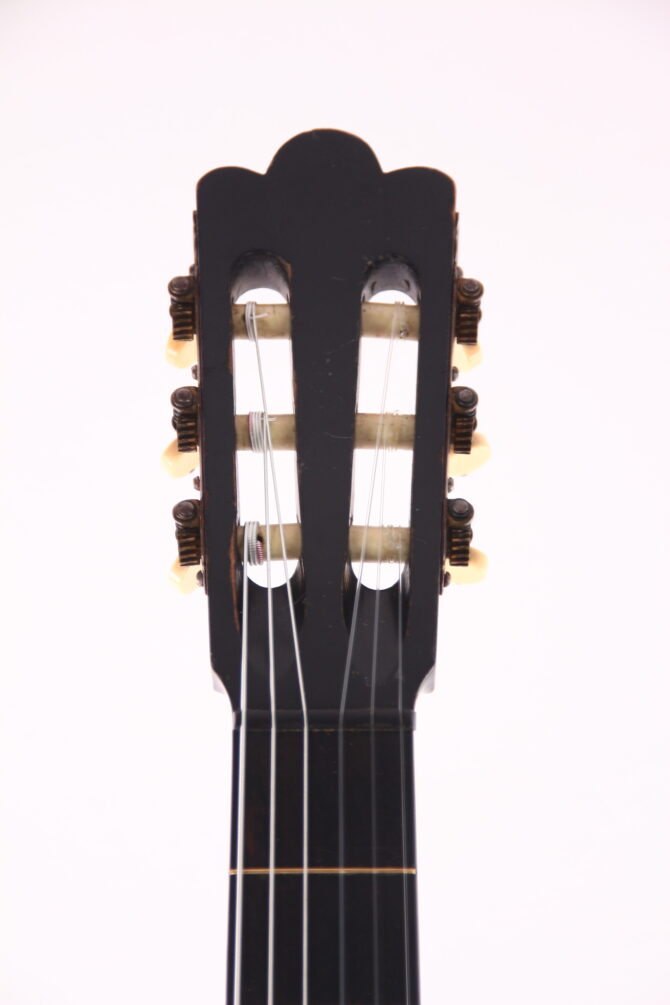 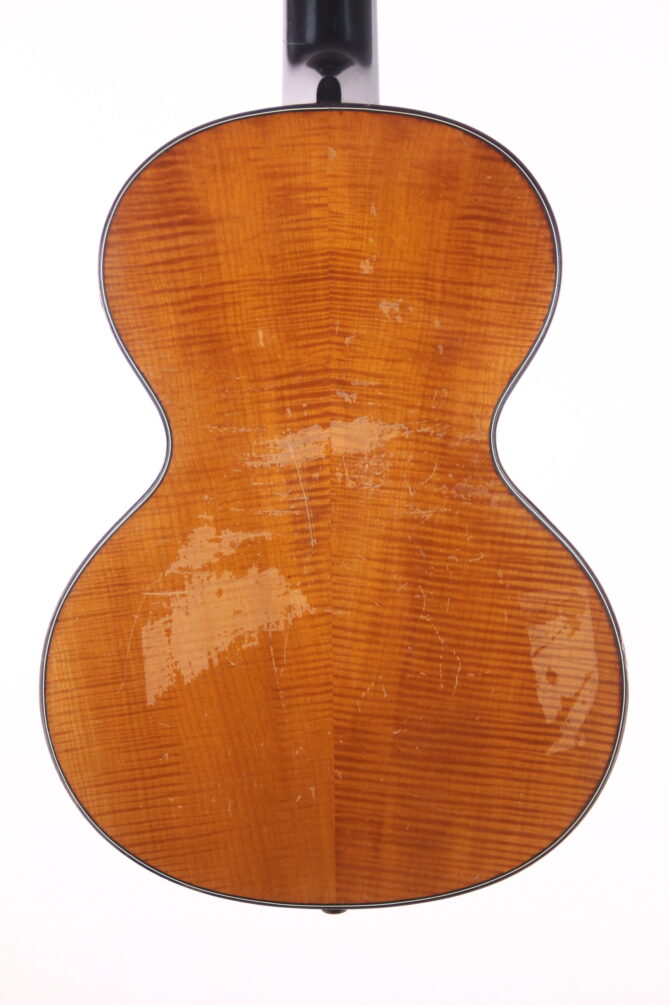 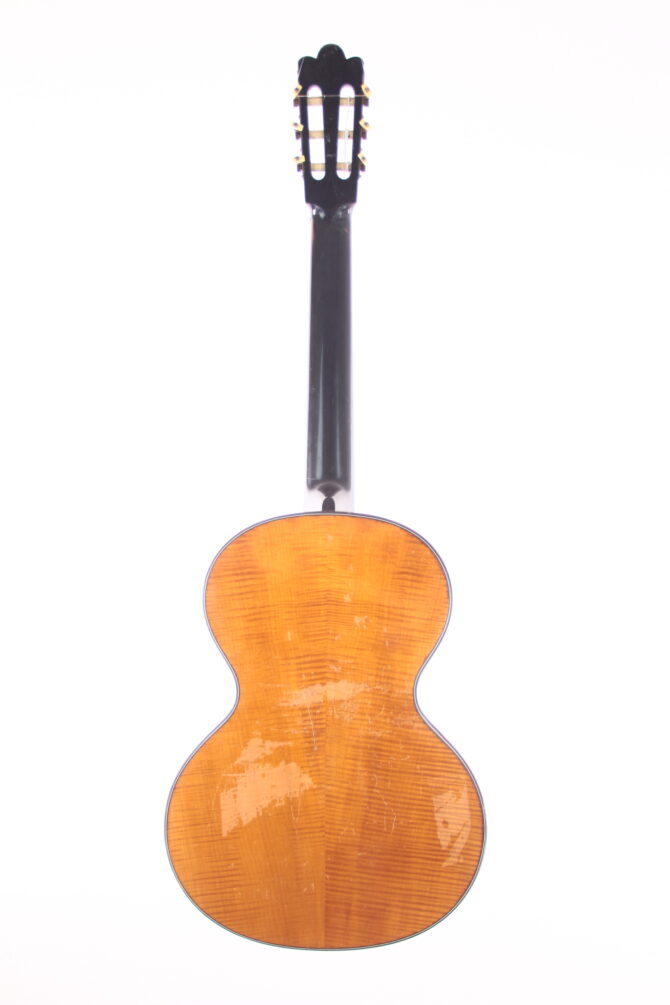 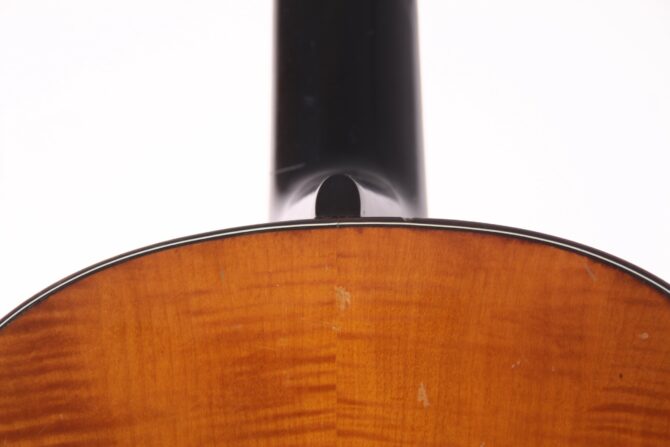 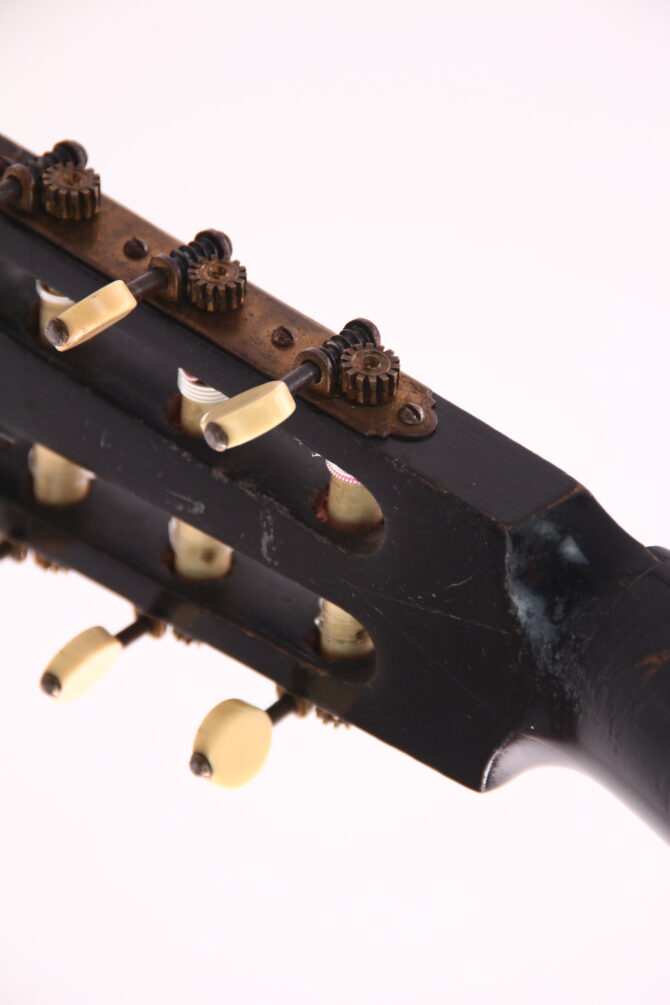 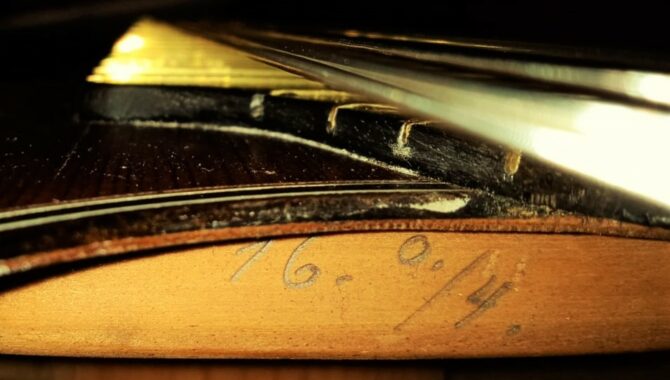 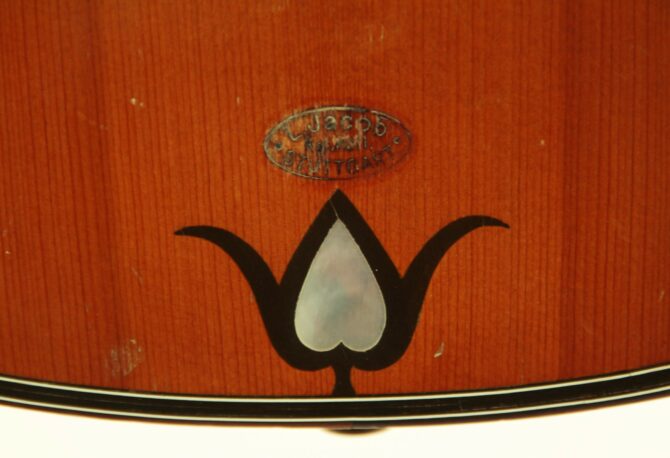 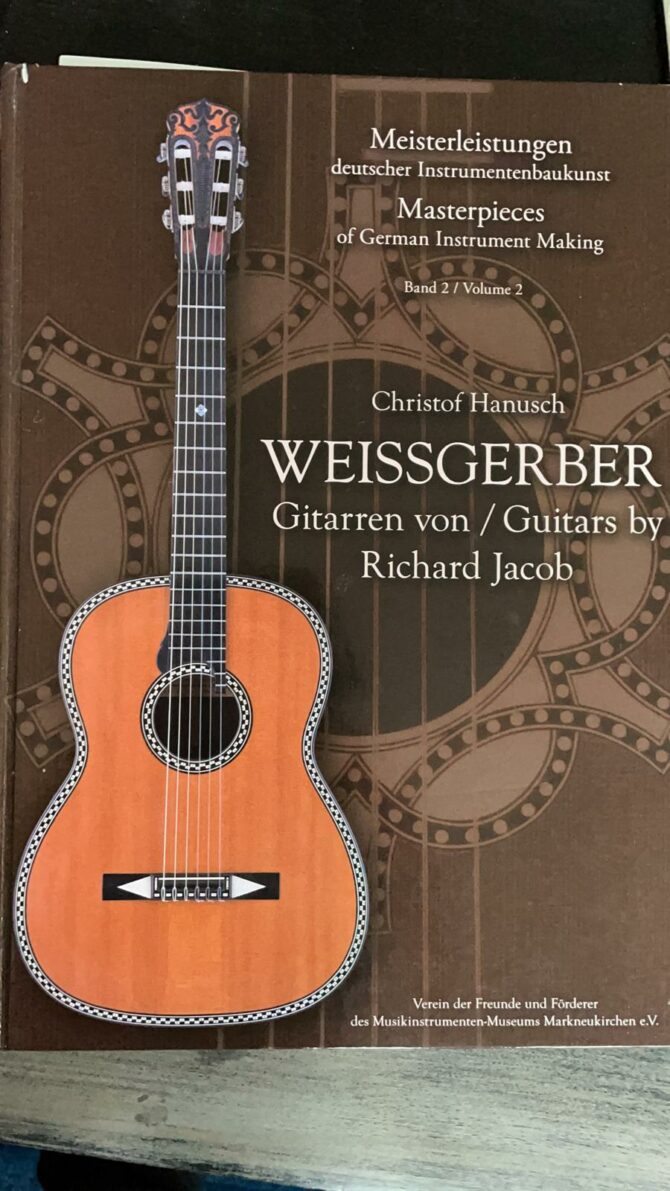 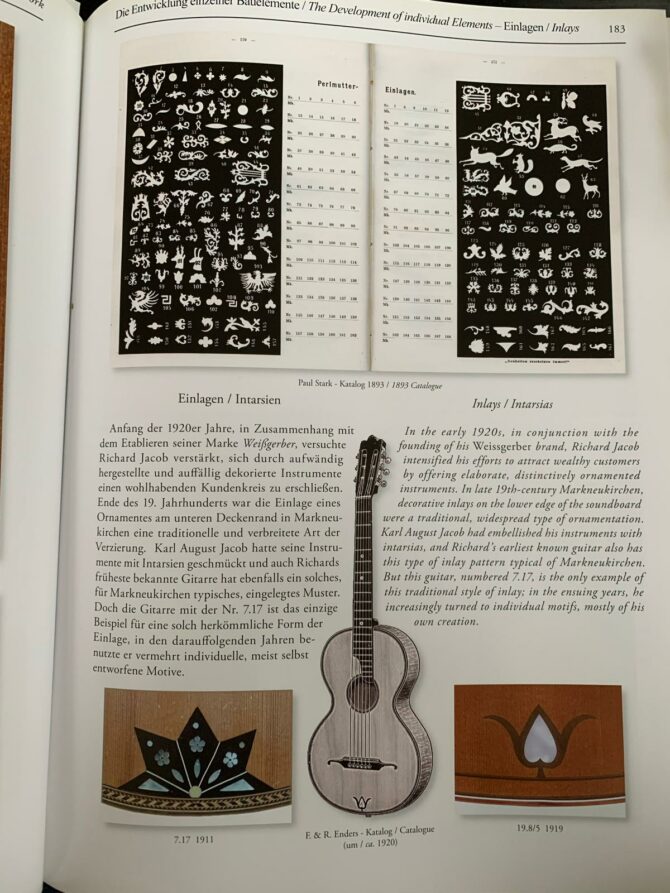 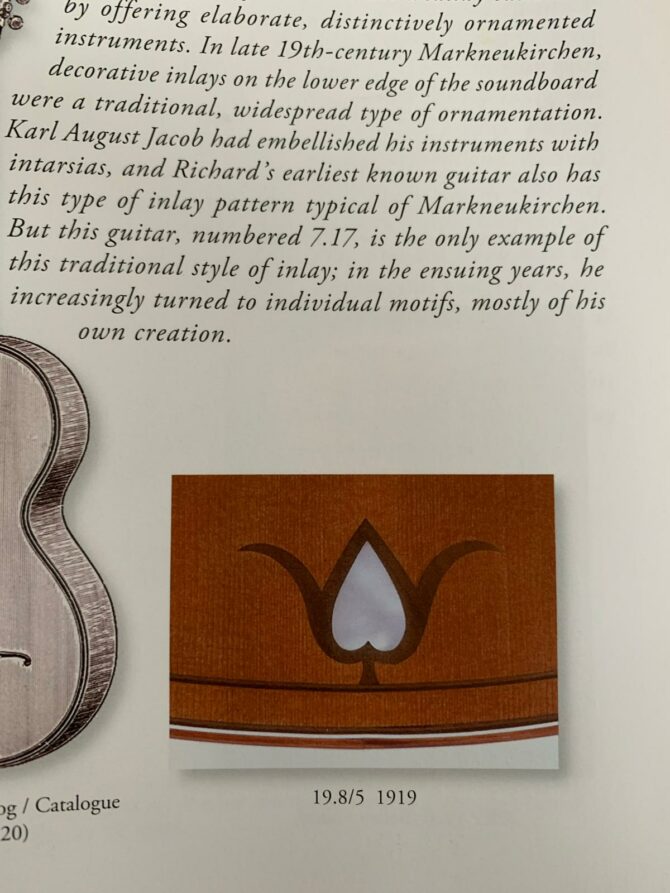 This particular instrument is a Vienna Model from 1916. It is elegant, with nice inlays, a compact body size and smaller scale length, making it very easy to play. The scale length is 626 mm and the nut width 45 mm.
This special guitar has also a nice example of the Weissgerber tulip inlay (see pictures).

The condition of the guitar is fantastic and it plays very easily with a straight neck and low action. Apart from some minor work, professionally done by a luthier, the guitar is ready for the recording studio or concert stage.

The guitar sounds noble and immediately impresses with a very complex tone. The basses are deep and the trebles are smooth, lively and colourful with great expressiveness.
As soon as you play the guitar, you have the impression of melting into the instrument, because the sound is very touching, this guitar awakens deep emotions and you can literally feel how the tones just jump out of the instrument.
Definitely a romantic guitar on a very high level with which you can authentically revive the music of that time.