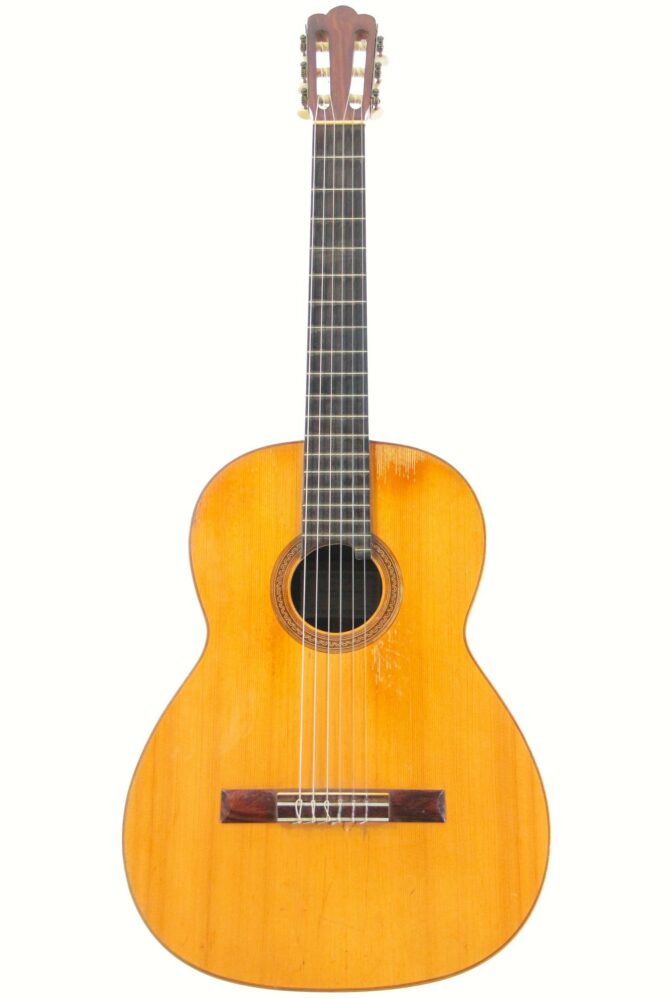 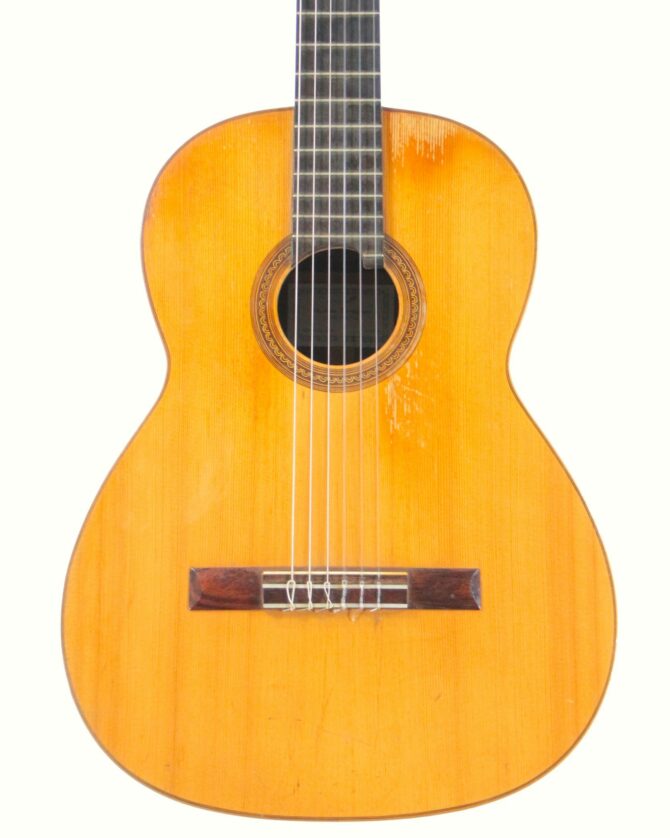 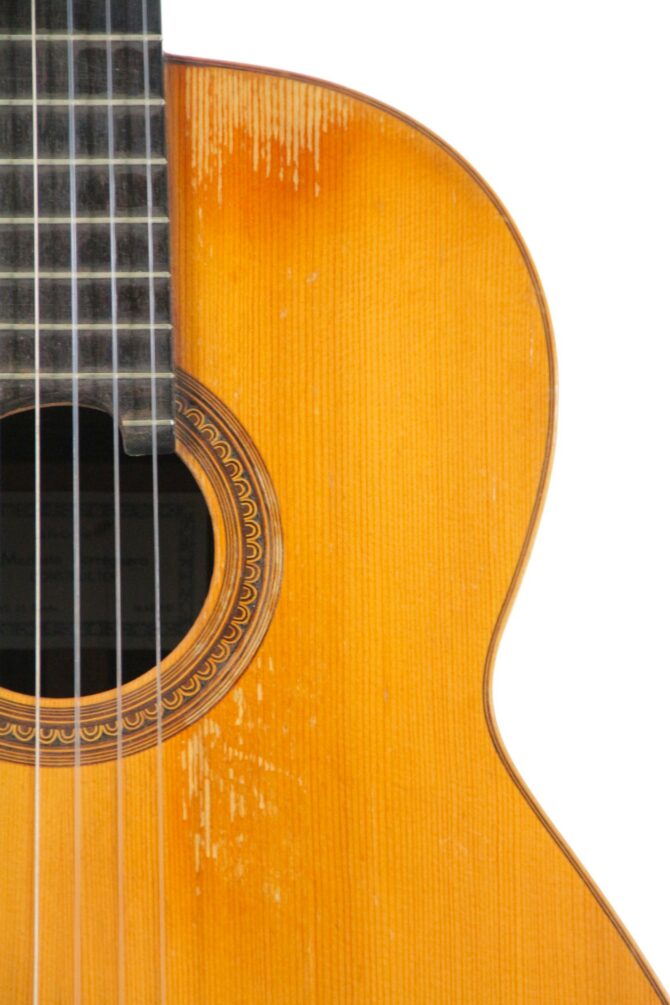 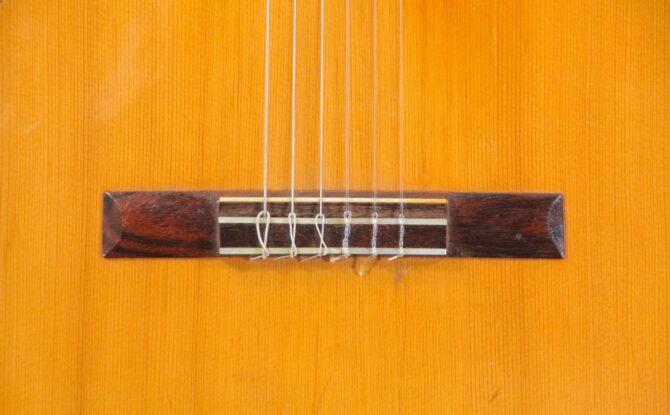 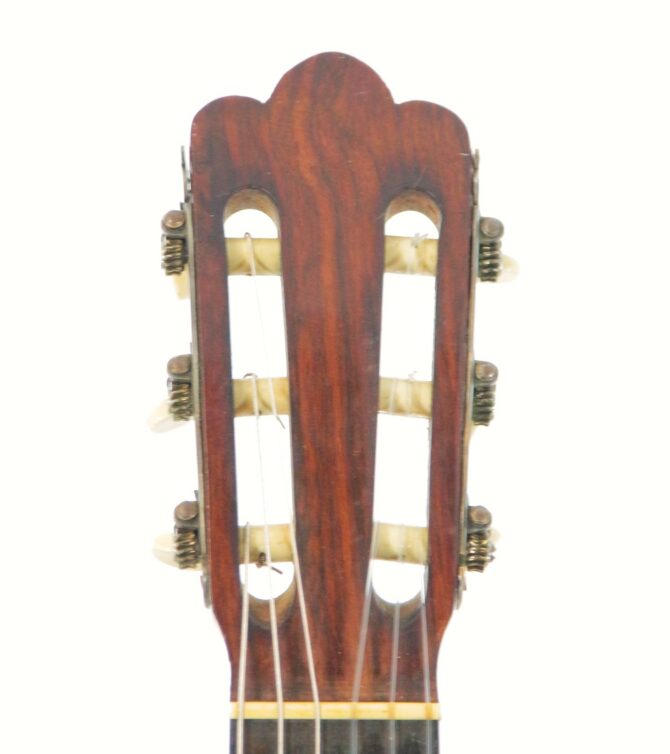 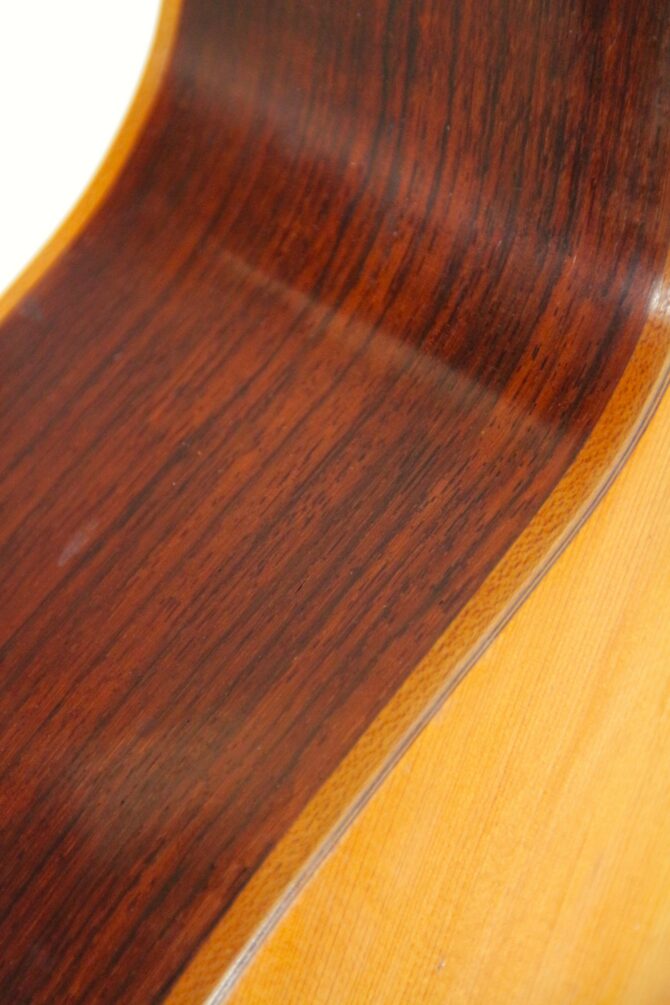 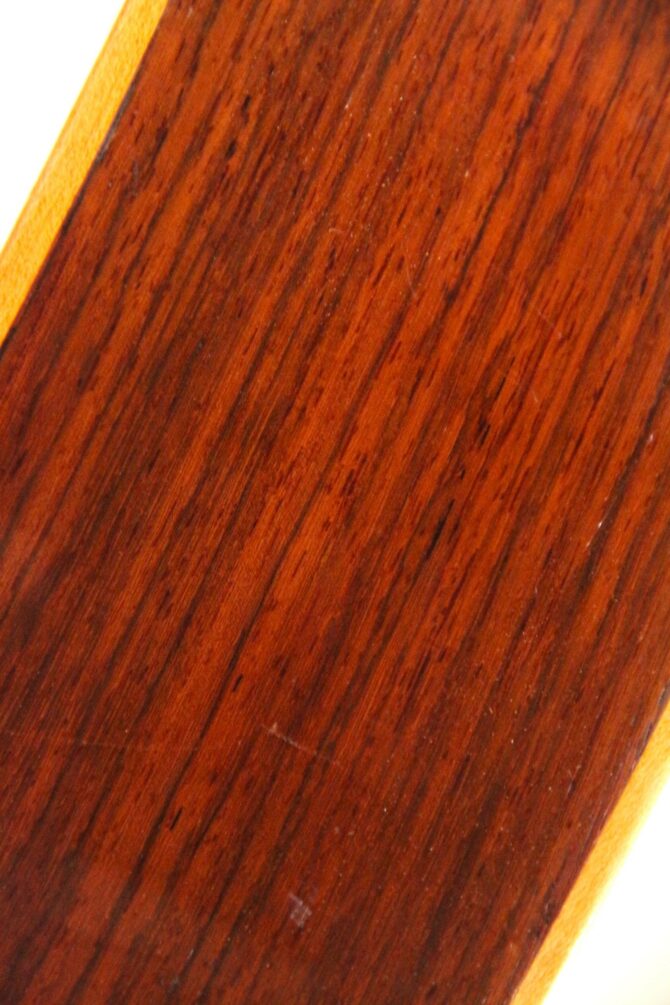 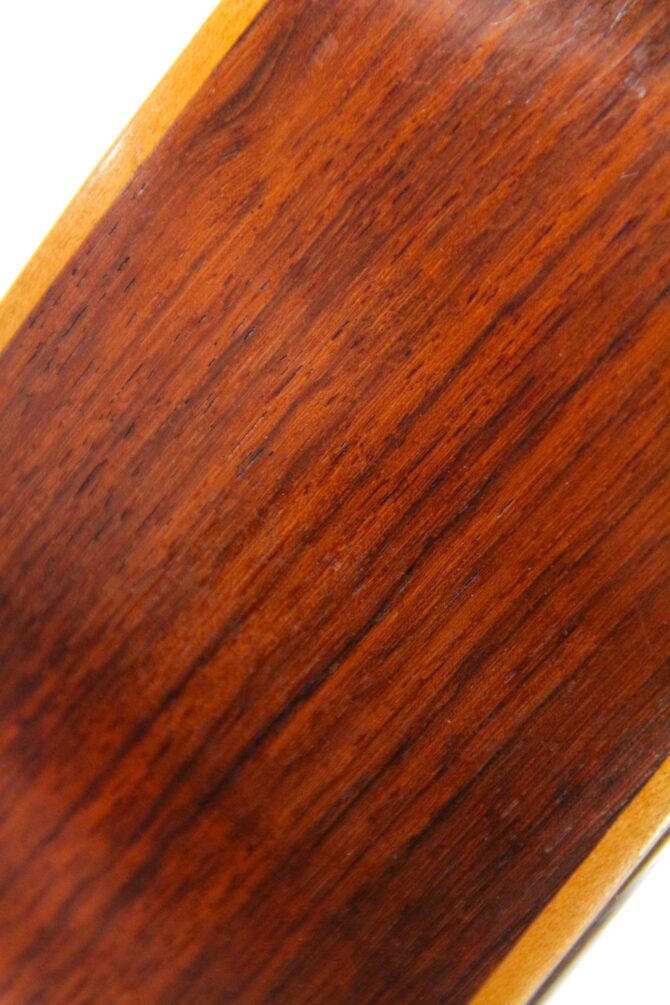 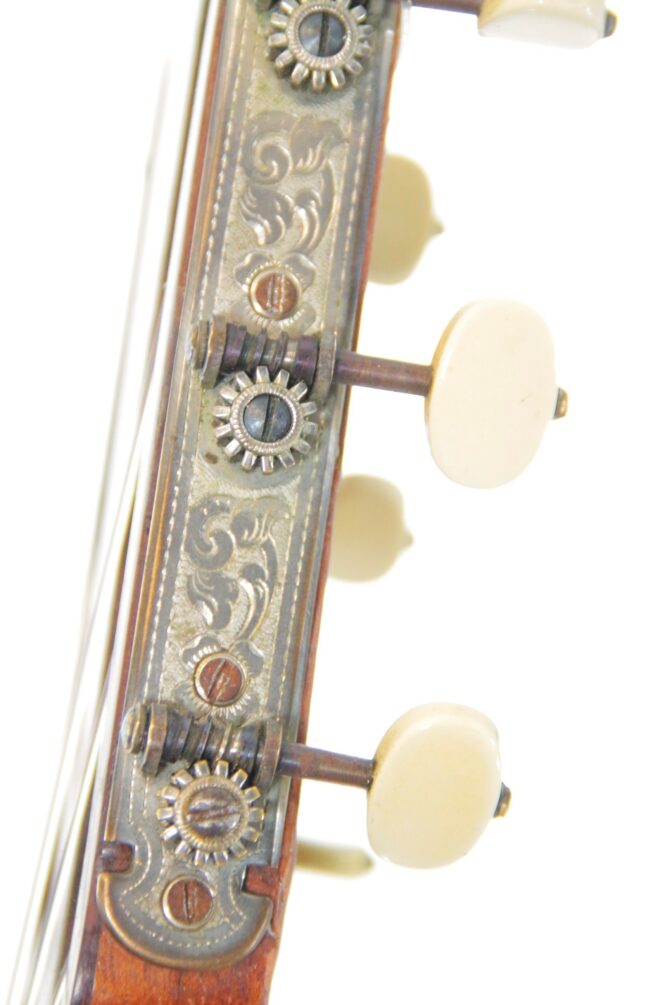 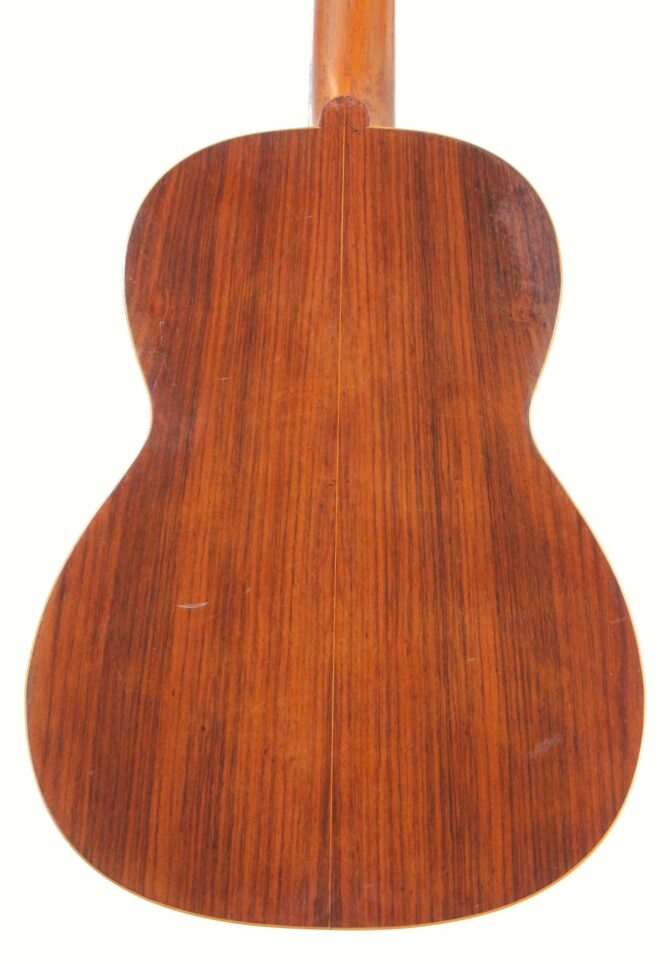 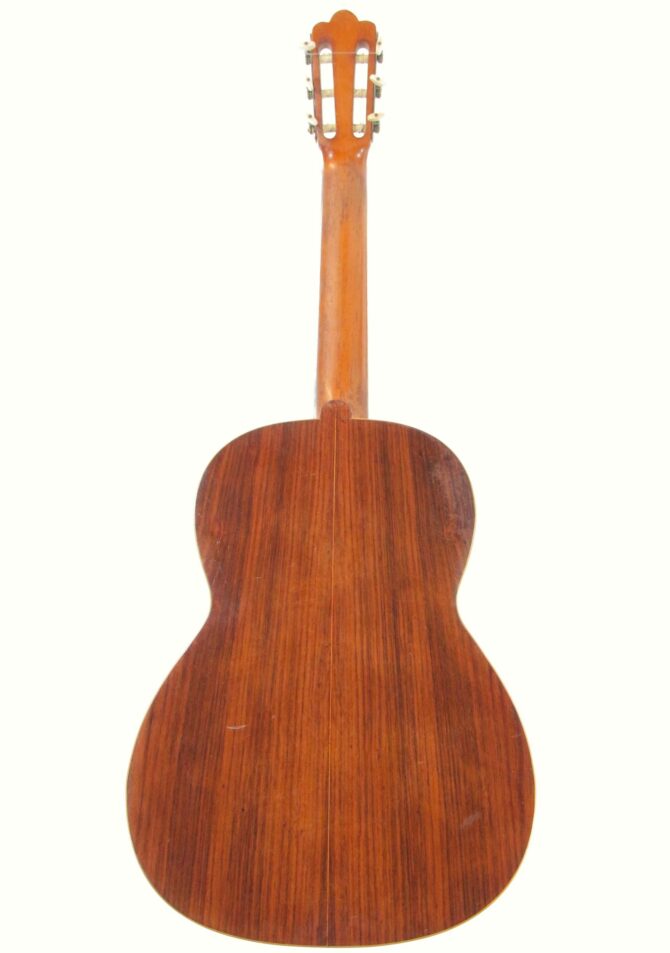 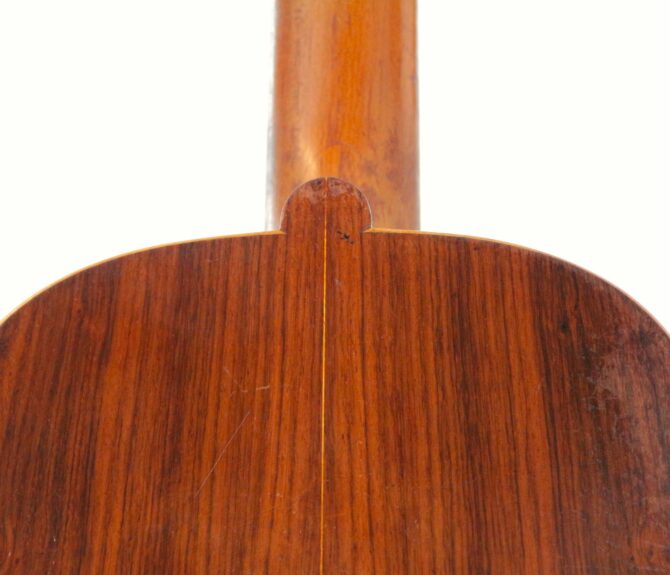 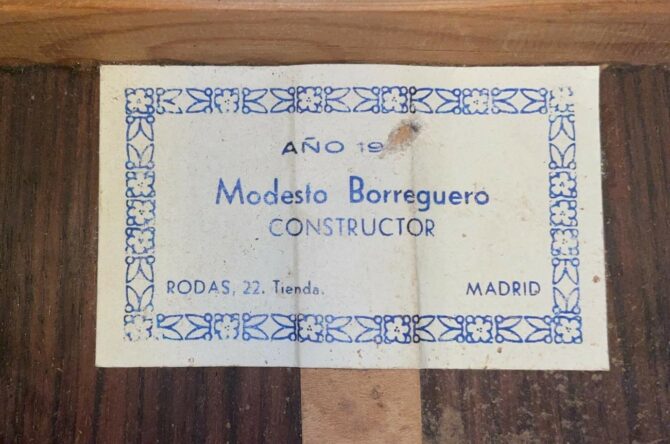 It comes with a certificate of authenticity by Aaron Garcia Ruiz and John Ray (linked below – please click on the link). They could date the guitar to the year 1944.

This guitar by Borreguero from 1944 is a very beautiful one. It has a spruce top and rosewood back and sides. It has a beautiful headstock, similar to the guitars of Torres. The guitar is in wonderful condition for the age. It sounds and plays amazing. The scale length is 650 mm and the nut width 52 mm.

The guitar has a very beautiful and elegant tone. The sound is captivating with its warm and characterful voice – the trebles sound clear and brilliant. The basses are powerful and sound dark and warm.
The guitar unfolds an enormous volume and inspires with an incredible lightness. It has aged beautifully and has a mature and fascinating vintage sound with the most impressive timbres you can imagine.
It has a high collector’s value and is wonderfully suitable for performances or recordings. It belongs to the top class of instruments we have seen.

It comes with the original hard case and a certificate of authenticity by Aaron Garcia Ruiz and John Ray (linked below – please click on the link).