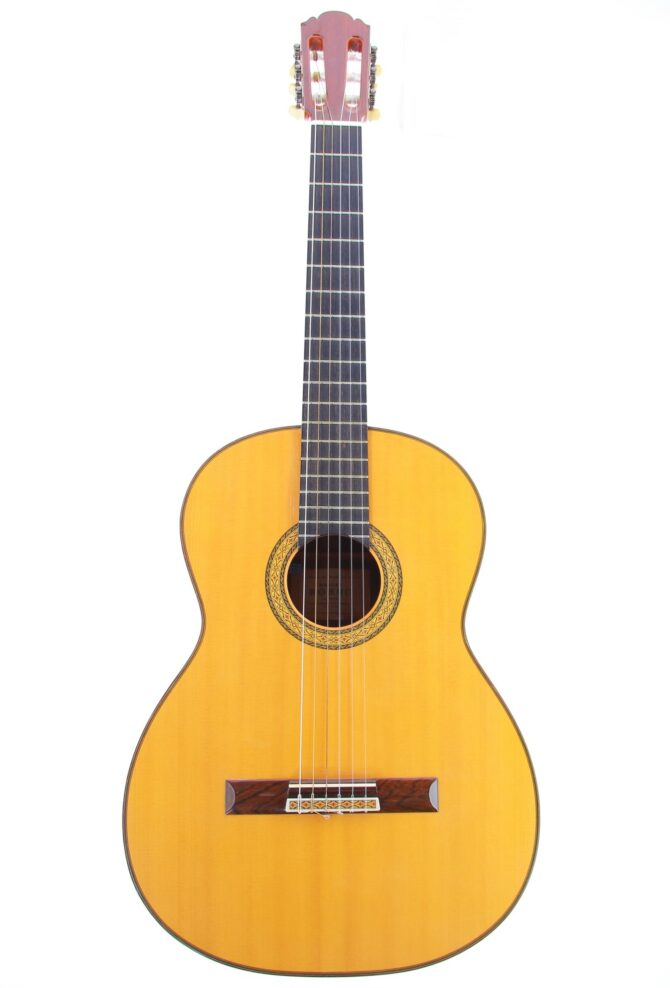 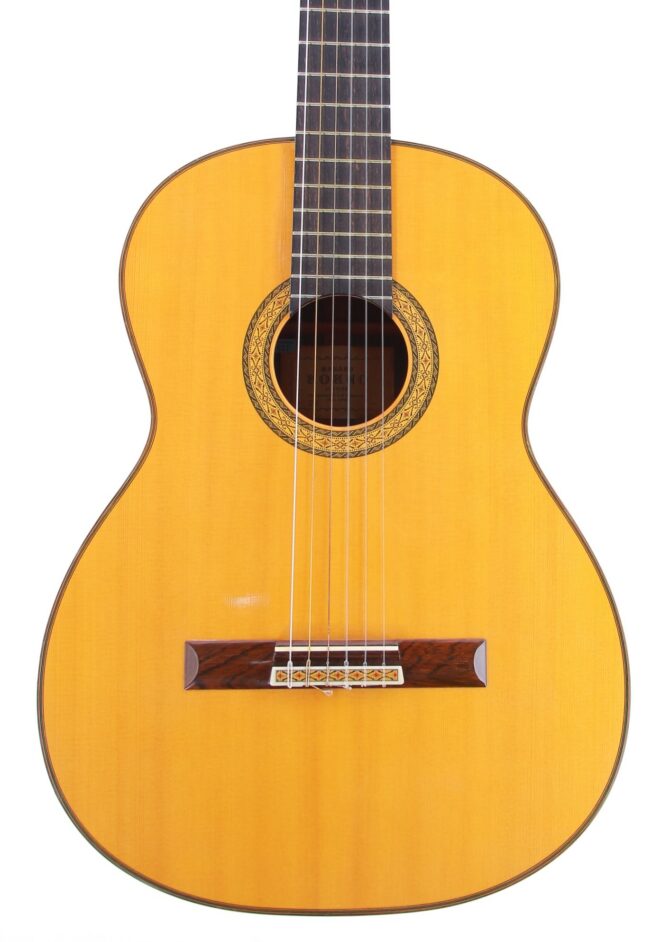 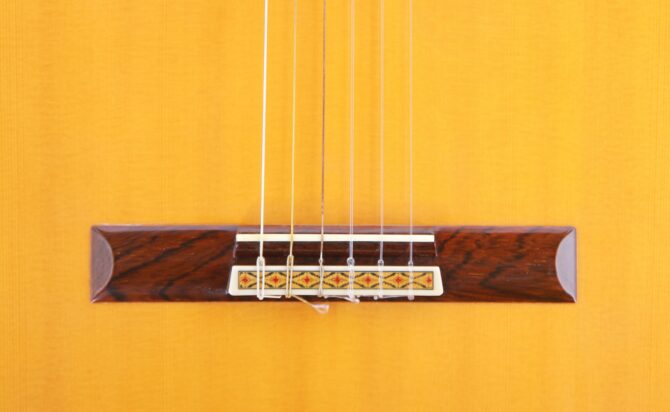 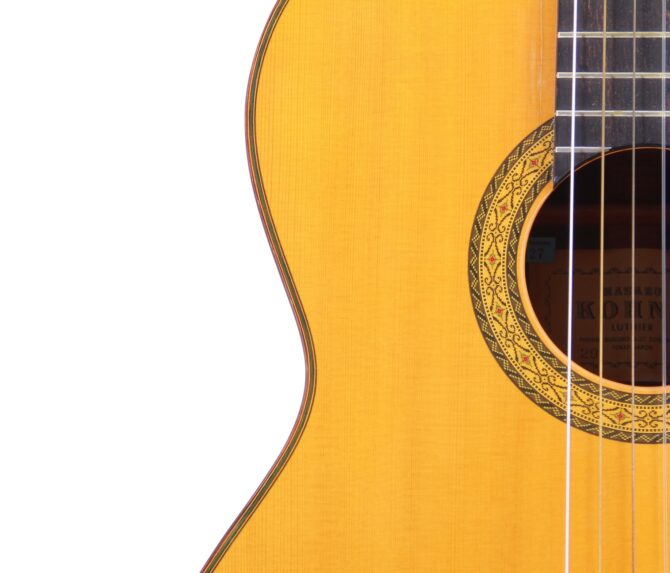 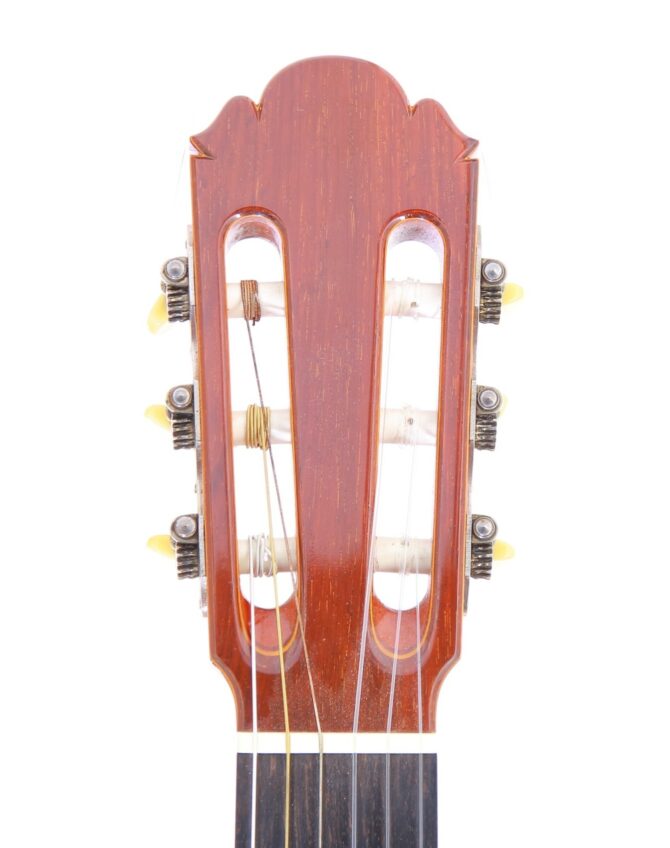 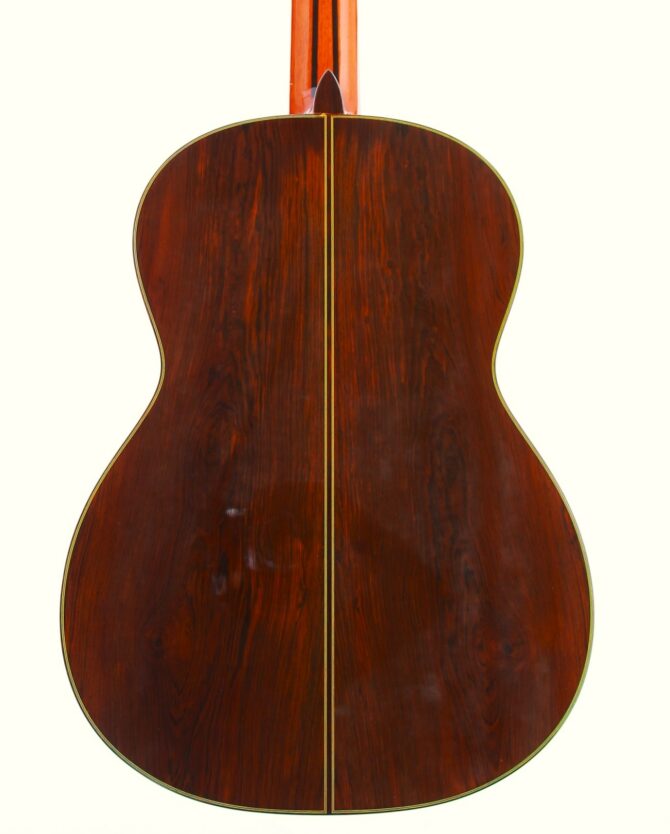 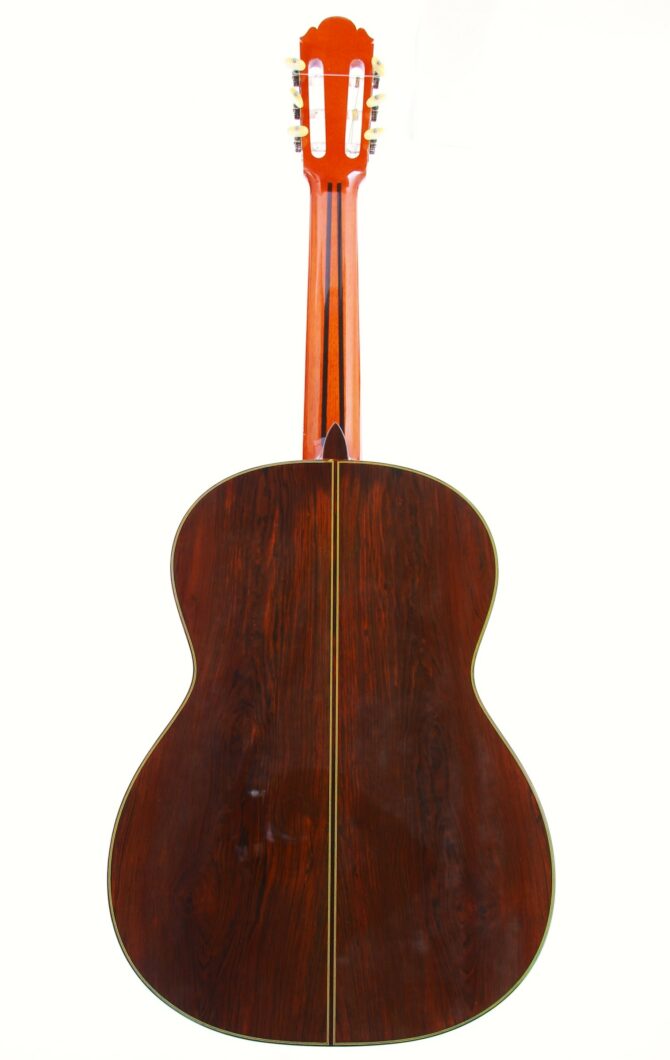 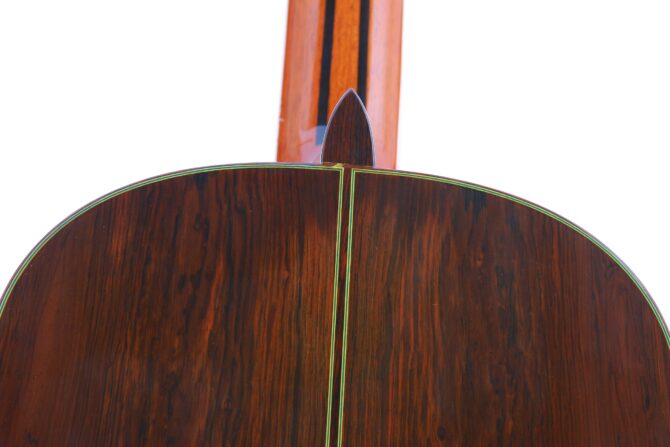 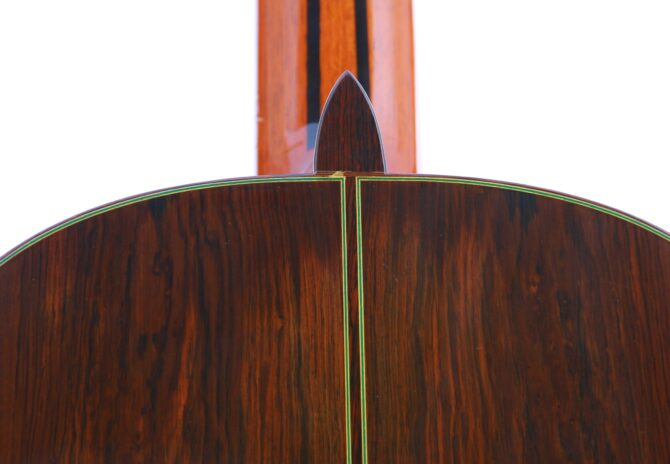 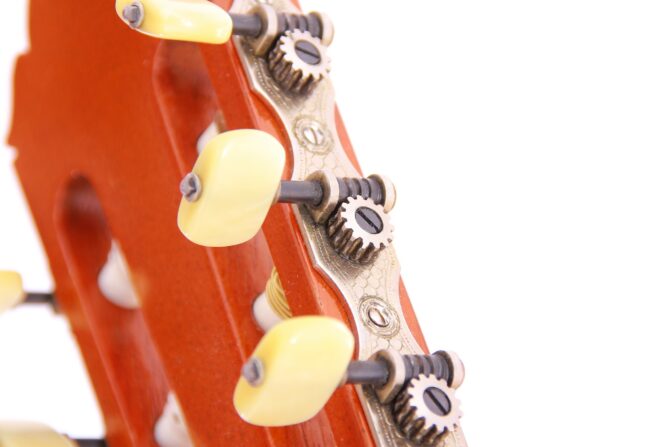 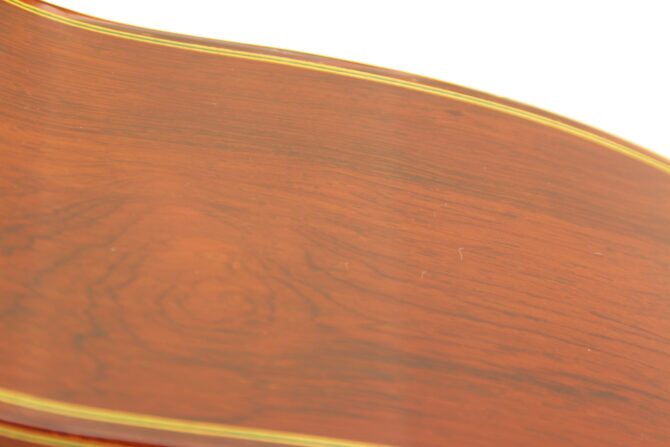 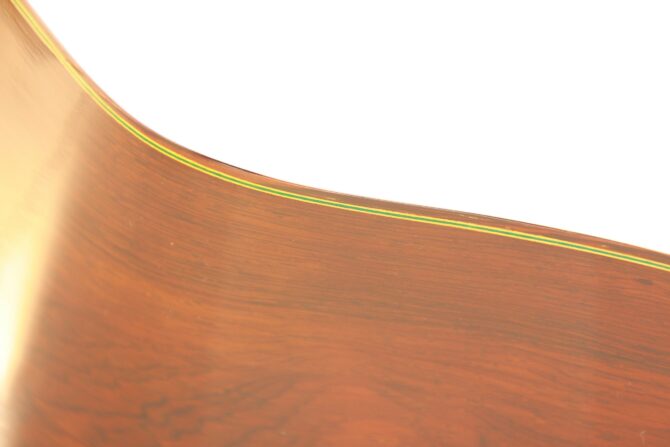 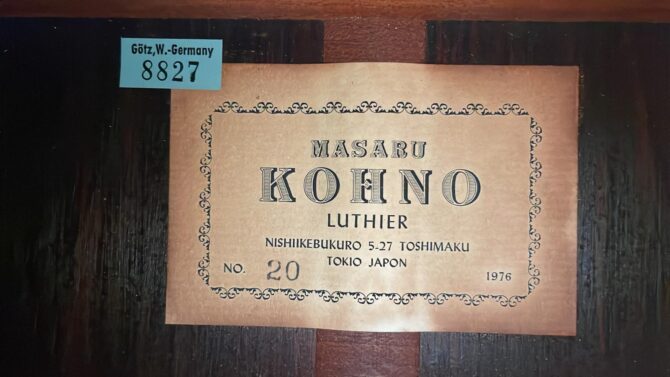 Masaru Kohno (1926-1998) is arguably Japan’s most important luthier, and of course one of the most played, concertized and recorded of the 20th century.
Top players of Kohno guitars include Julian Bream, Oscar Ghiglia, Sharon Isbin and Shinichi Fukuda, among others.
Although Kohno began building guitars in 1948, it wasn’t until returning back to Japan in 1960, after a 6-month trip to Spain (where he apprenticed with Arcangel Fernandez) that he established his successful workshop. His international debut came in 1967, when he was awarded a Gold Medal at the “Concours International de Quatuor a Cordes et Rencontres Musicales Internationales de Liege” in Belgium (of interest, Daniel Friederich was another of the top winners at this competition).

It has a spruce top and rosewood back and sides. The scale length is 658 mm and the nut width 52 mm. The condition is excellent and the guitar has been well taken care, just a small repair on the top.

This has the classic sound from this era: clear, woody, and dark. This guitar is something special. Built in the Spanish style, it has Kohno’s typical sound.
First of all the guitar is enormously powerful and impresses with a long lasting sustain. The sound quality can be described as mystical with an almost magical attraction. The guitar fills the entire room with the most beautiful tones and impresses with a breathtaking variety of timbres. An absolutely noble instrument on concert level – very finely built for highest tonal demands.

The guitar is in concert-ready condition with comfortable set up and easy playability. It comes with a good guitar case.