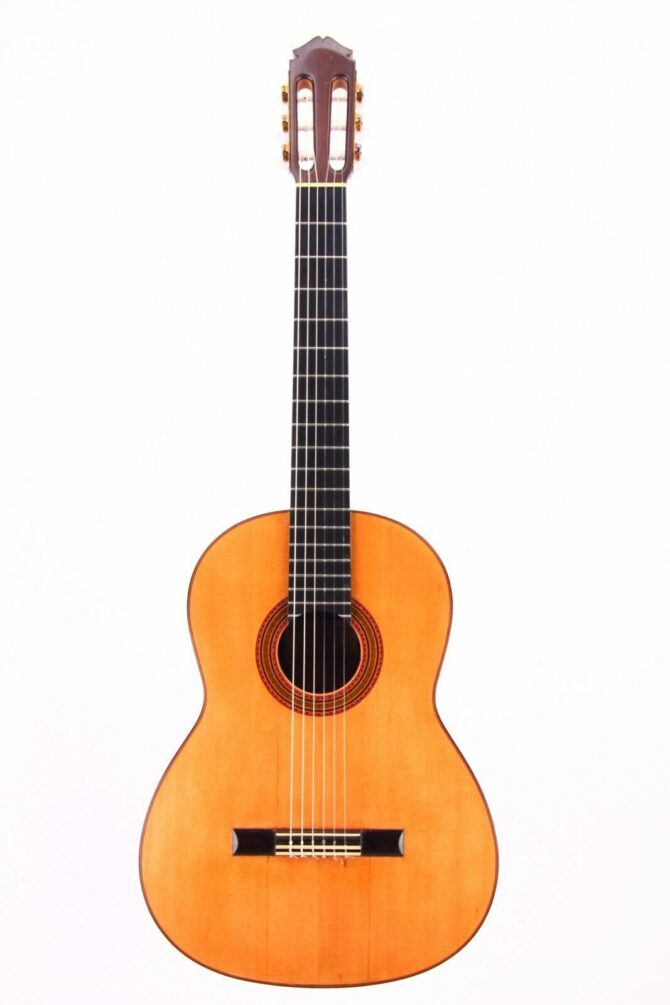 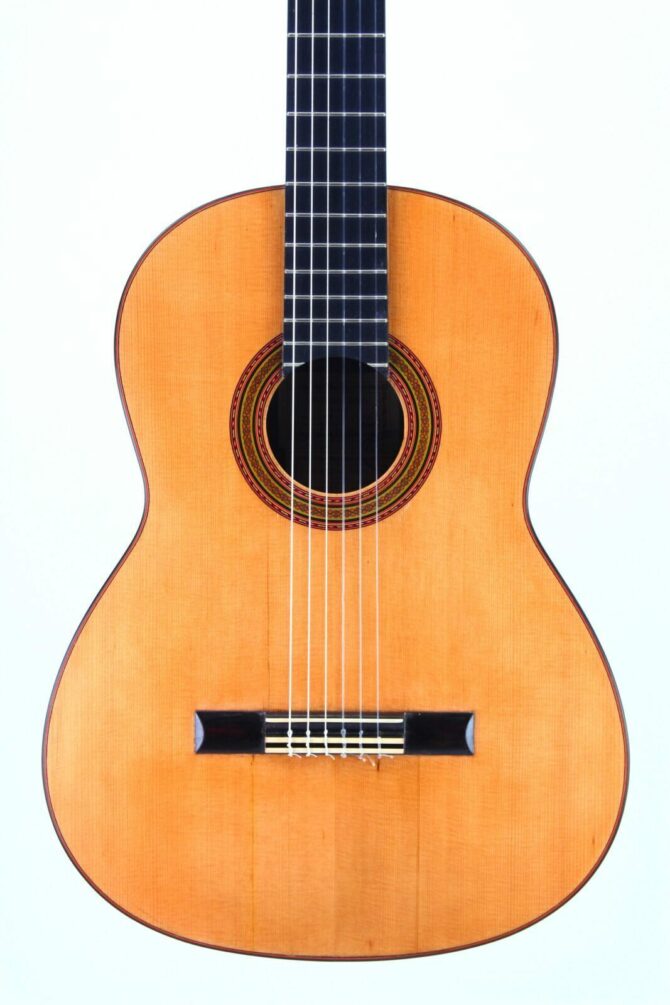 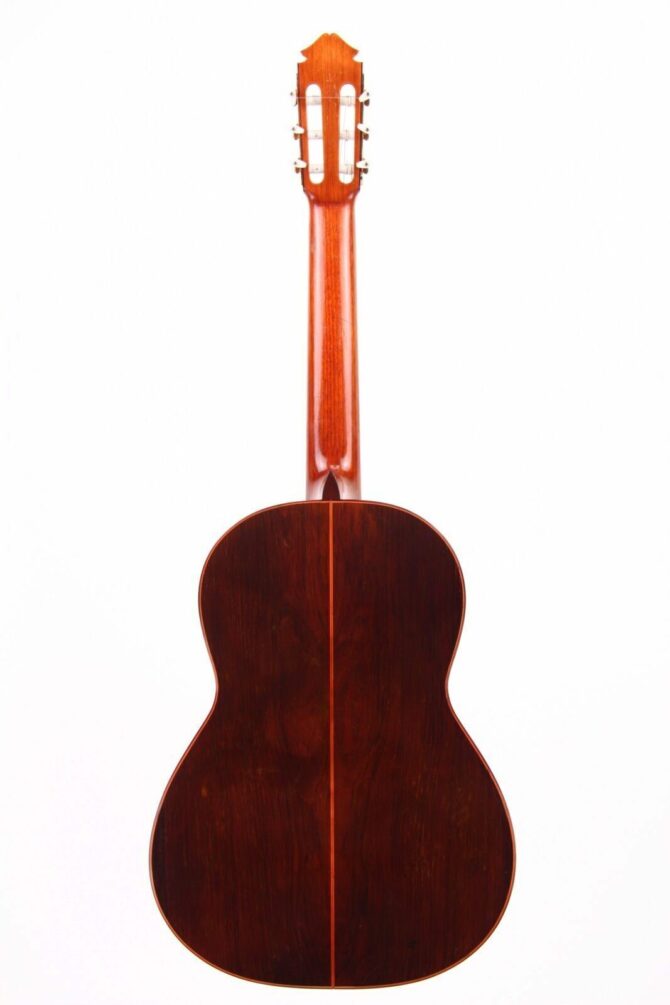 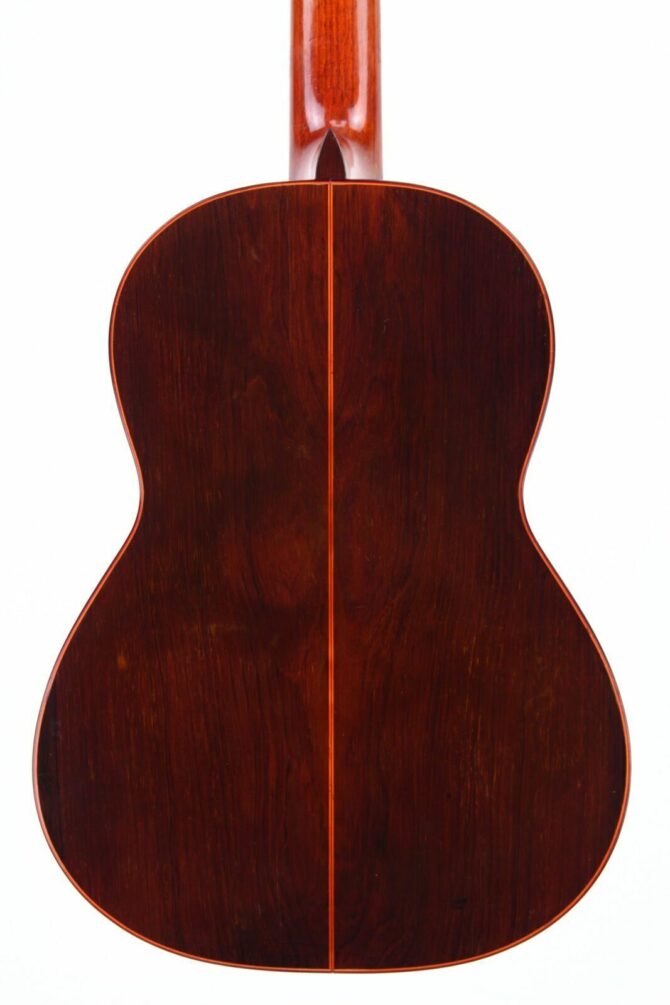 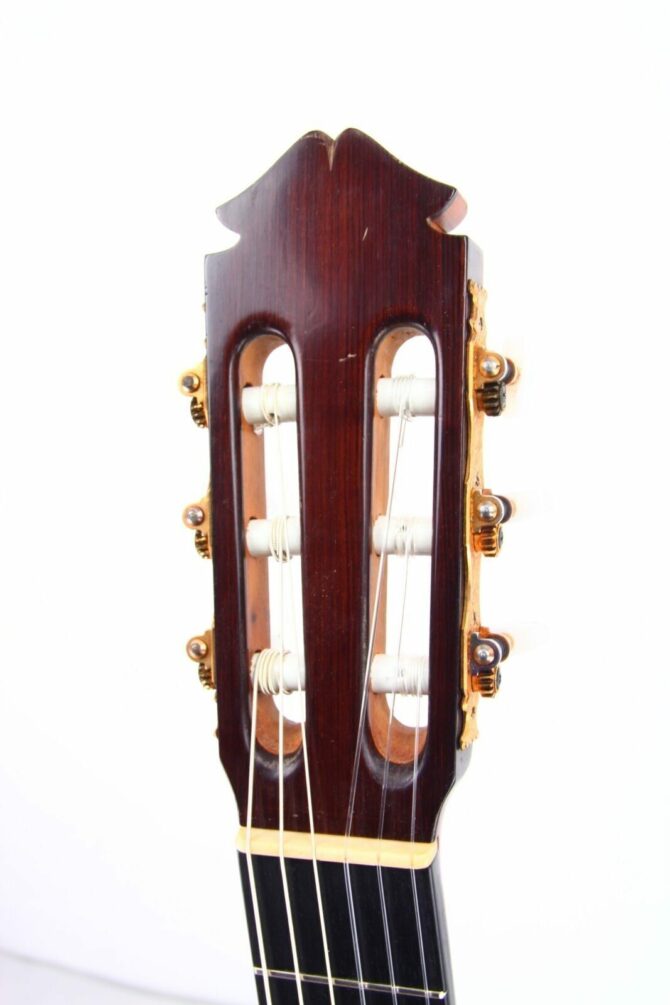 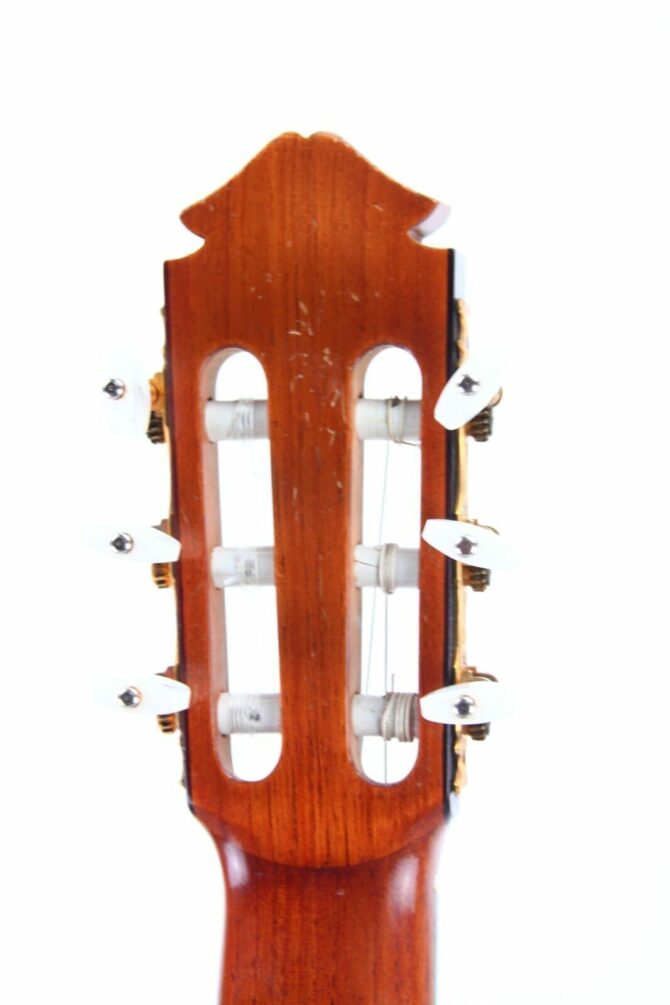 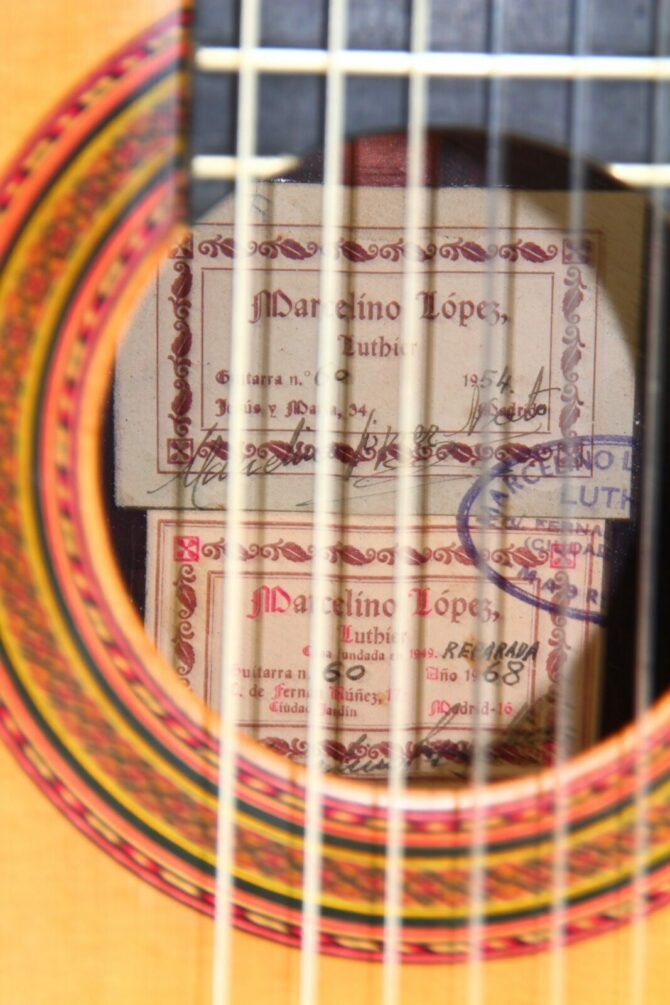 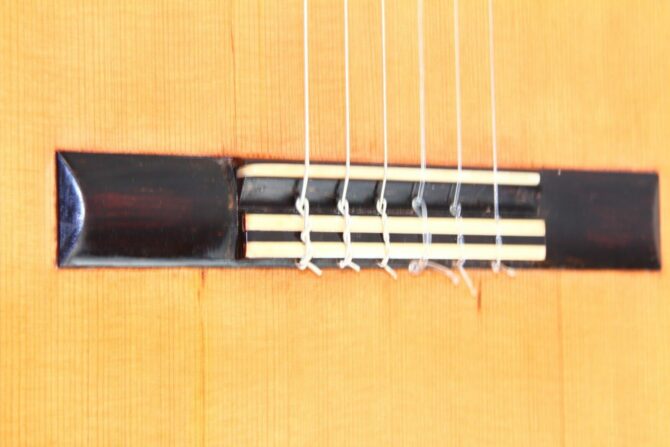 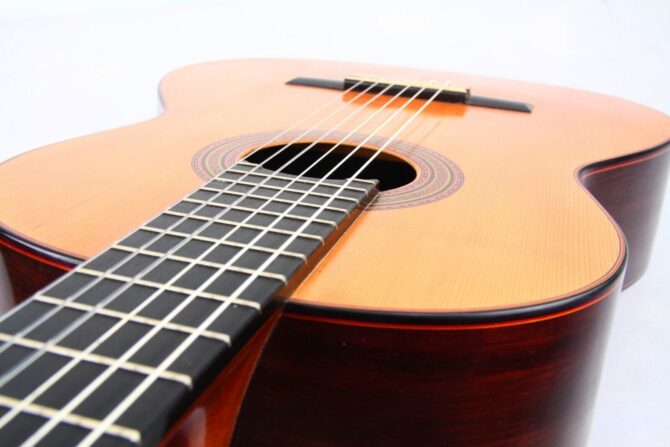 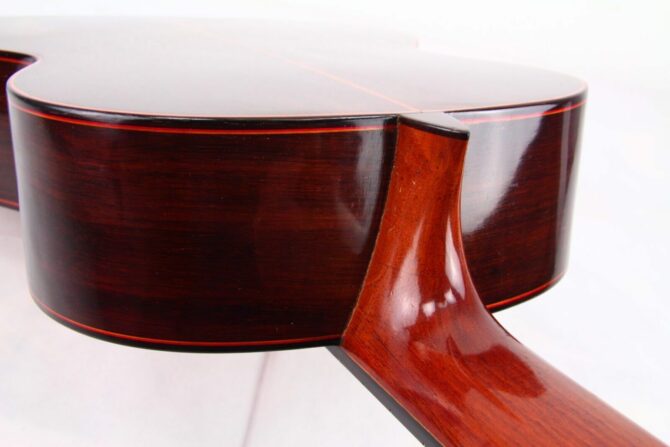 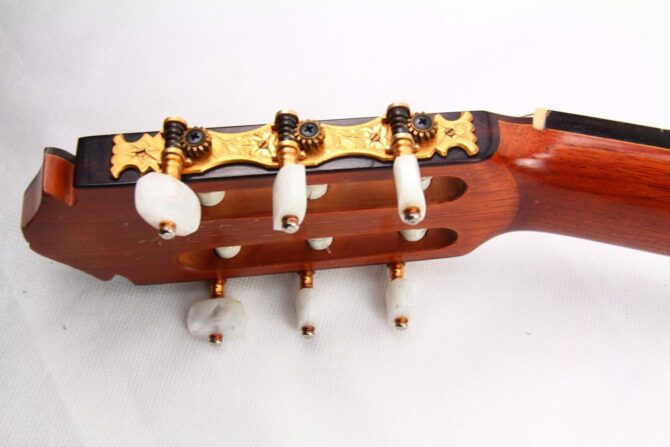 Born in 1931, Marcelino López Nieto was a cabinet maker before becoming a guitar maker. He was drawn into making guitars, because he was studying with Daniel Fortea, and wanted a fine guitar, but could not afford one. He established his own workshop in Madrid in 1949. Although, he confesses that as a luthier he is largely self-taught, he informally learned much the theory of his craft from the widow of Santos Hernandez, and from his nephew Feliciano Bayon in whose workshop he hung out regularly as did many of the leading musicians of the time. He also worked for a time making guitars for Hernandez y Aguado, when Aguado retired. Marcelino is a complete luthier, and makes not only fine classical and flamenco guitars, but historic guitars and ancient instruments.

He is considered as one of the finest guitar makers ever.

This guitar was made in 1954. The label is signed, dated, stamped and numbered.

This guitar’s sound possess an intensely Spanish and misterious character. The dynamic range and palate of colors it offers is remarkable. The basses have rich harmonics and are profound. The mid-range is strong. The trebles are clear, rounded, polished, and intense.

The guitar is set up well and plays very nice, with a straight neck and a low action.

In 1968 the guitar has been brought back to Marcelino Lopez Nieto’s shop for a repair. He carried it out and documented the repair on a second label – again with signature etc.

It comes with its original case.