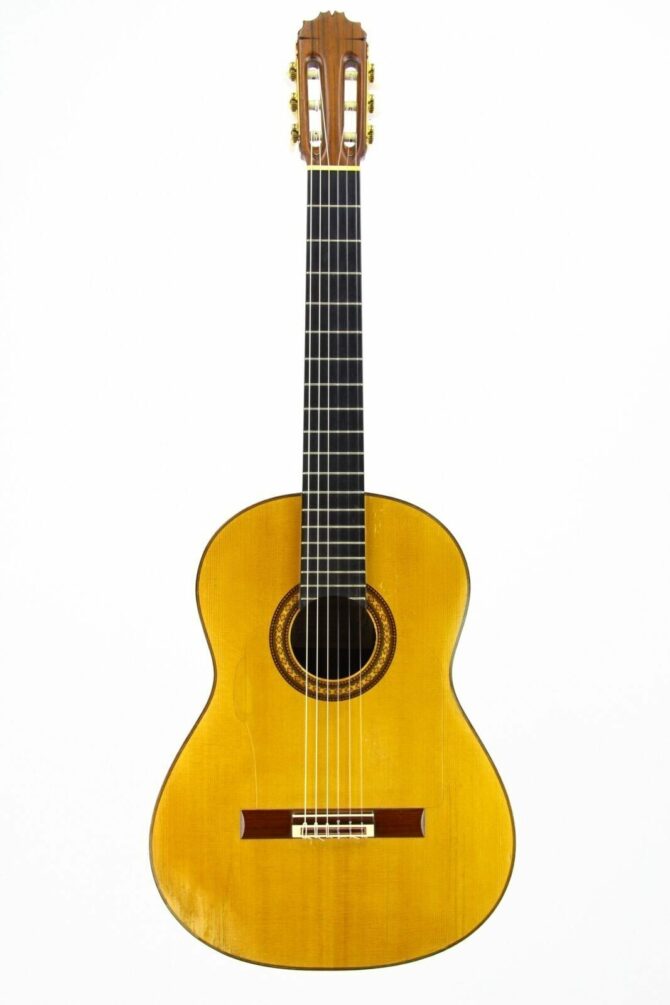 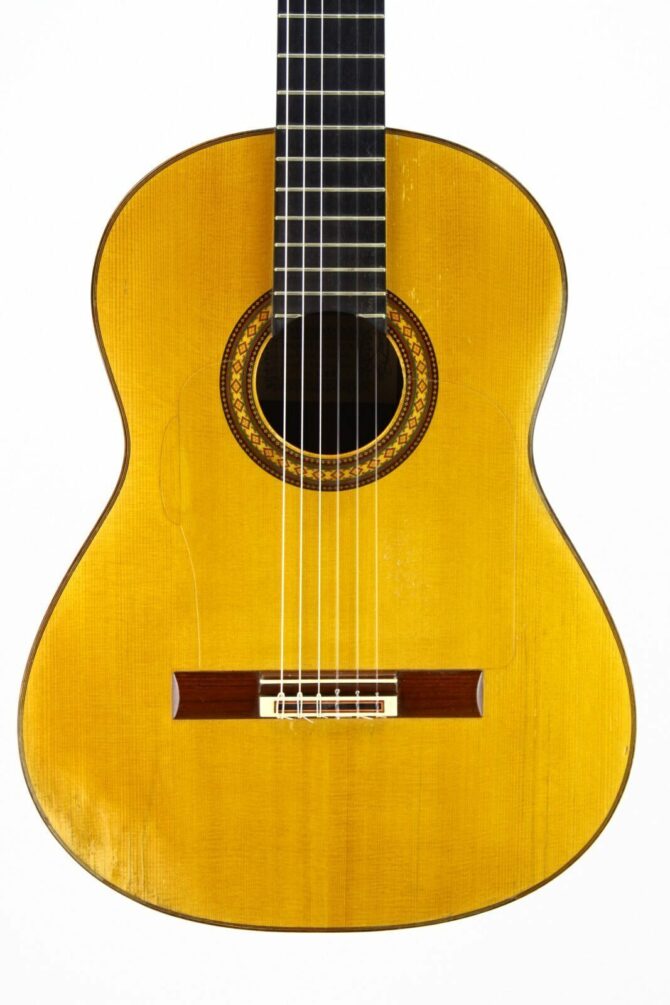 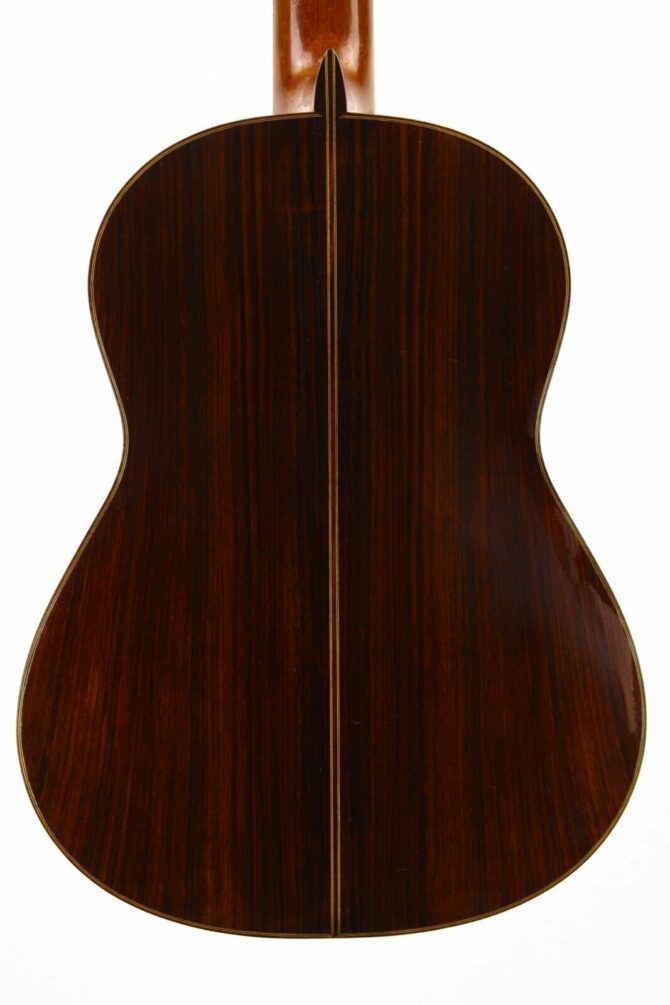 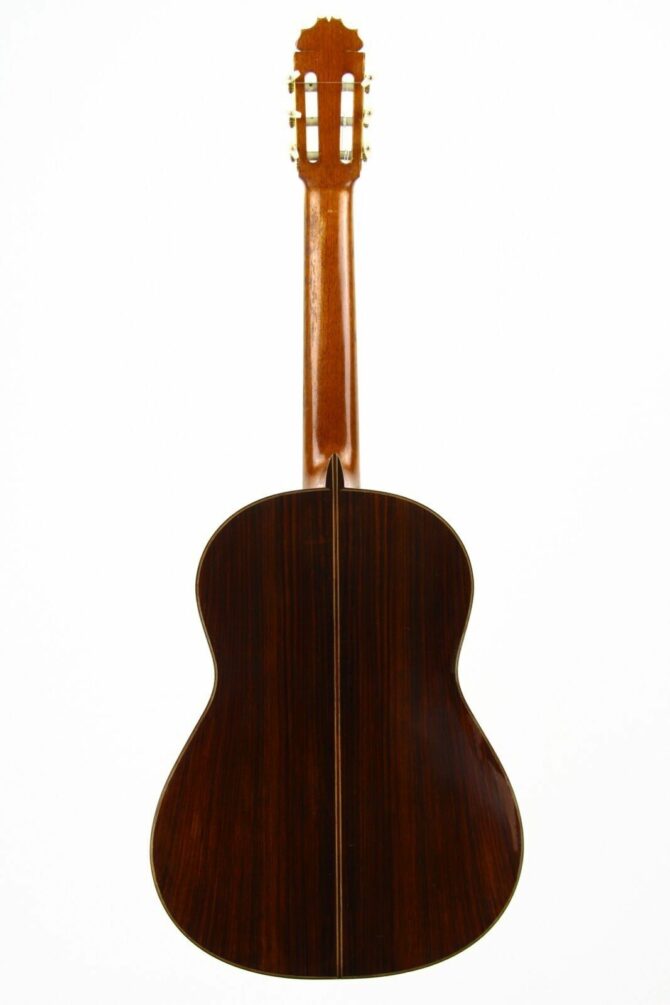 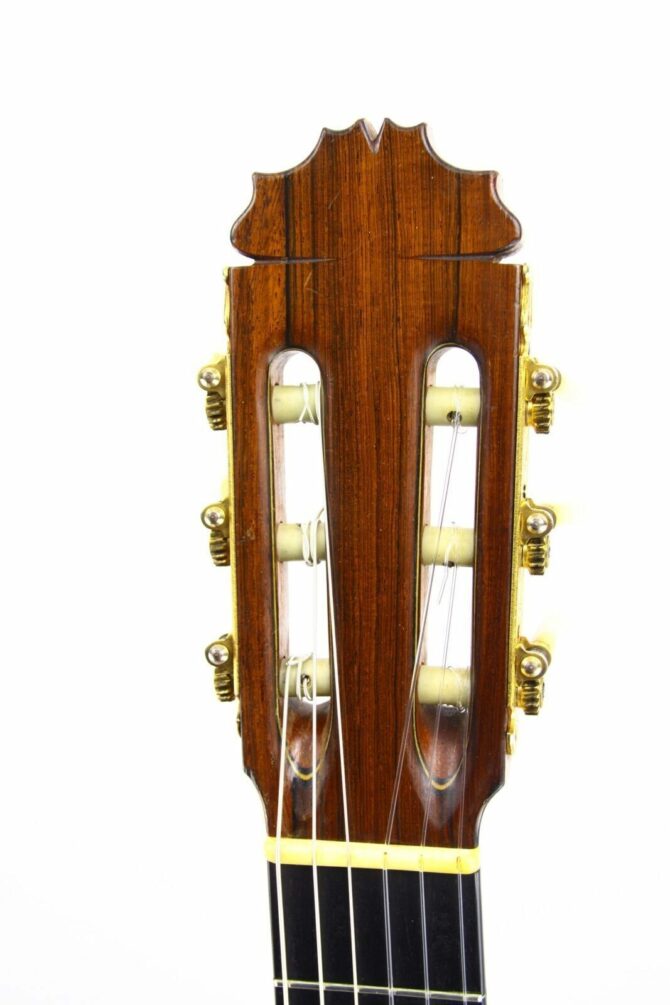 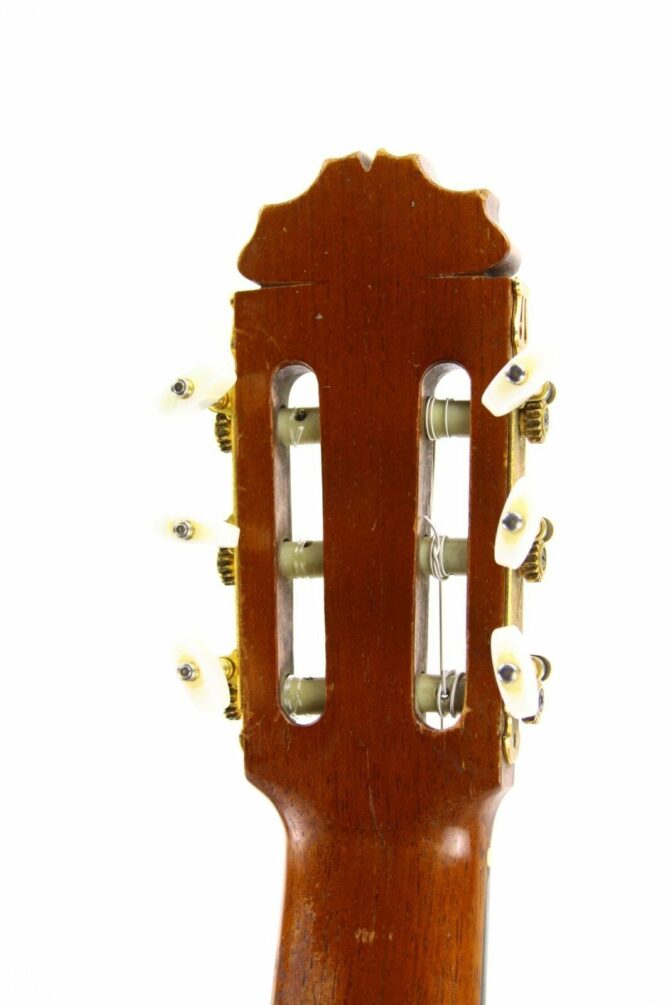 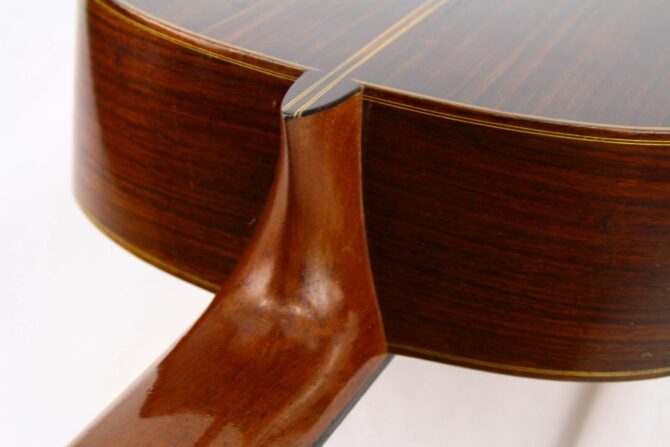 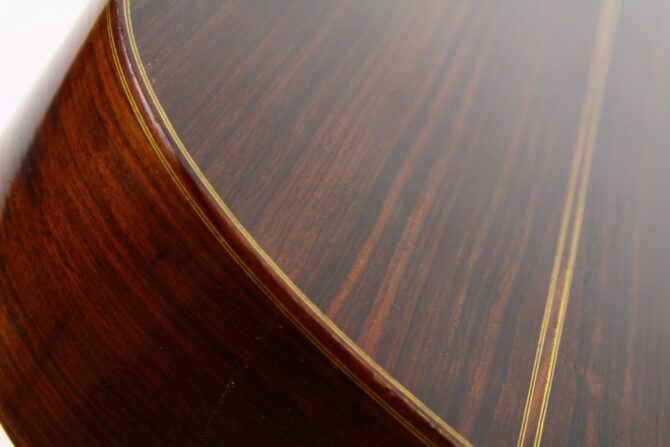 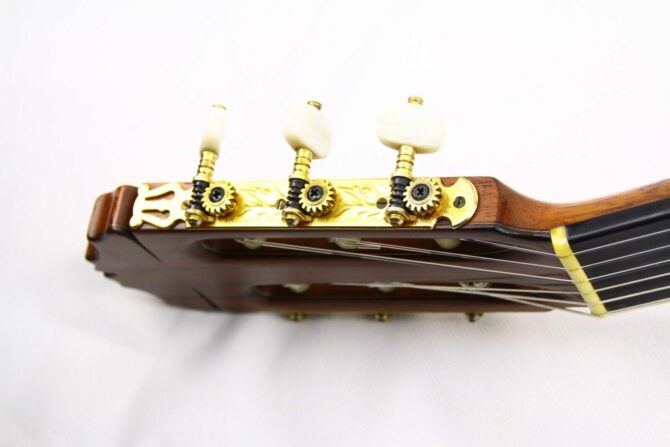 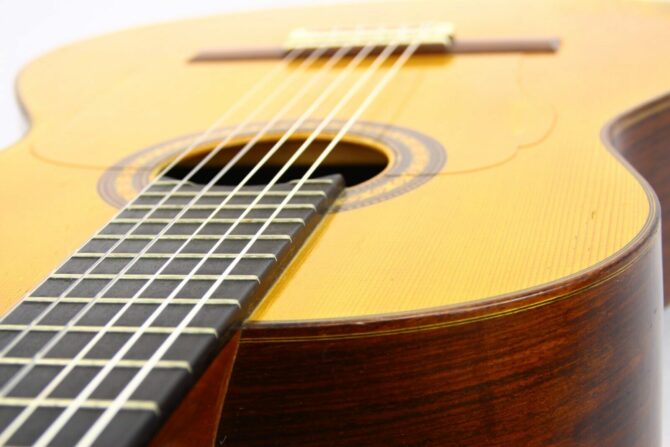 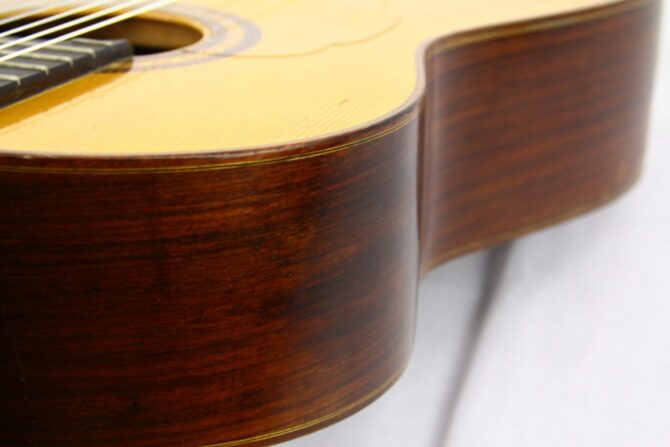 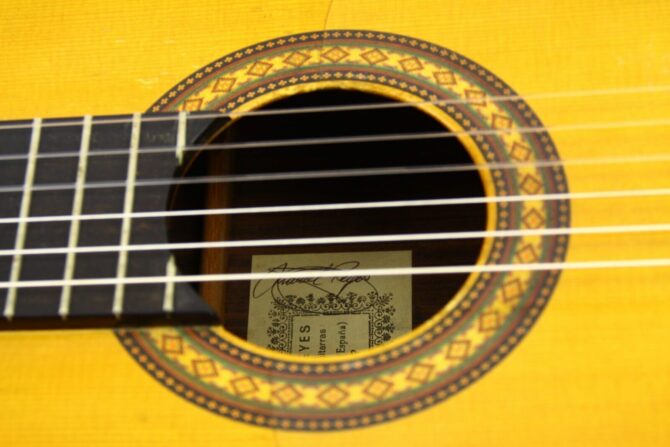 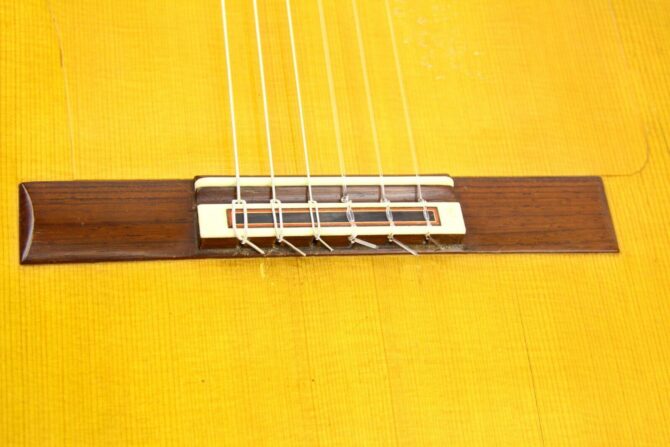 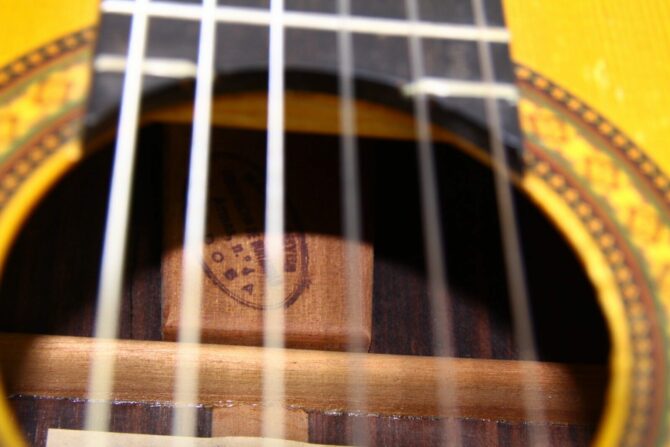 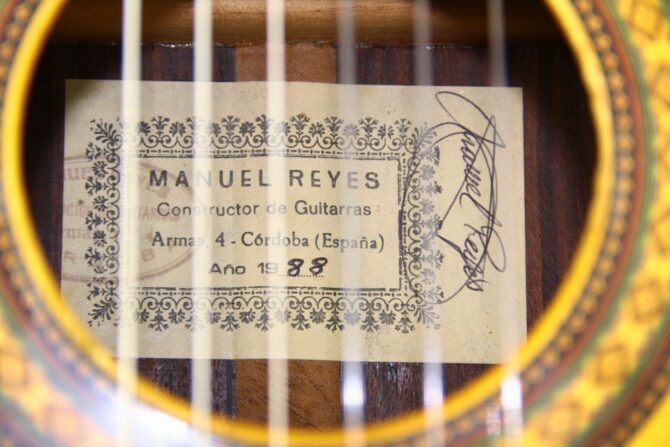 Manuel Reyes 1988 – highly coveted guitar from the best builder of Spain at the end of the 20th century. The spruce/rosewood combination on it is pure magic.

Manuel Reyes of Cordoba (1934-2014) is considered to be the greatest and most sought-after guitar builder of the latter half of the 20th century (and beginning of the 21st).
For more than half a century he was known for his superb workmanship and authentic Andalusian sound – he always constructed his guitars in the heart of the old quarter of Cordoba, in the deep south of Spain. His guitars have been played by dozens of professionals internationally, perhaps most notably being Vicente Amigo and Paco Serrano. At the time of his passing, his waitlist for new instruments had been closed for years due to its enormous size.

A rosewood Reyes is a very rare treat and we are happy to have this magnificent instrument here in our showroom.
It has a wonderful, dark sound with bold basses and strong trebles. Along with an elite handful of other builders from this time (including Miguel Rodriguez and Arcangel Fernandez) these guitars are prime examples of the mid-century Spanish style at its apex.

To date, this Manuel Reyes 1988 has had only one prior owner. It has been played a lot and you can see honest wear of play and use on it.
The guitar also has been brought back to Manuel Reyes once for a repair. He repaired some small cracks on it.

The guitar is perfectly adjusted with a low action and a straight neck. It has a 654 mm scale length and 52 mm nut width.

This Manuel Reyes 1988 is for the most discriminating player seeking a great sounding Reyes. This guitar is a true masterpiece, a truly remarkable and rare instrument.