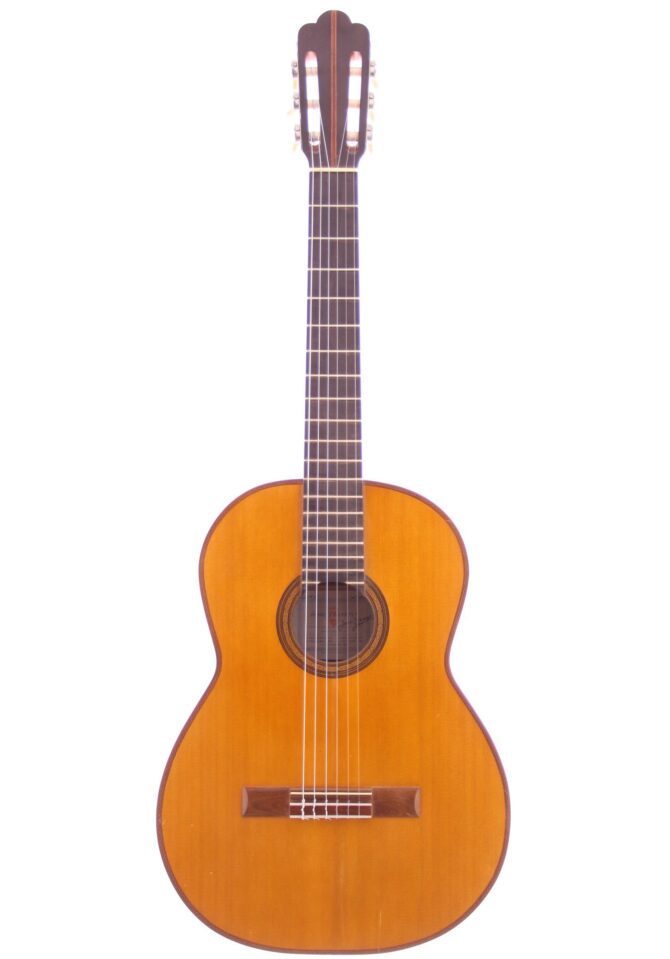 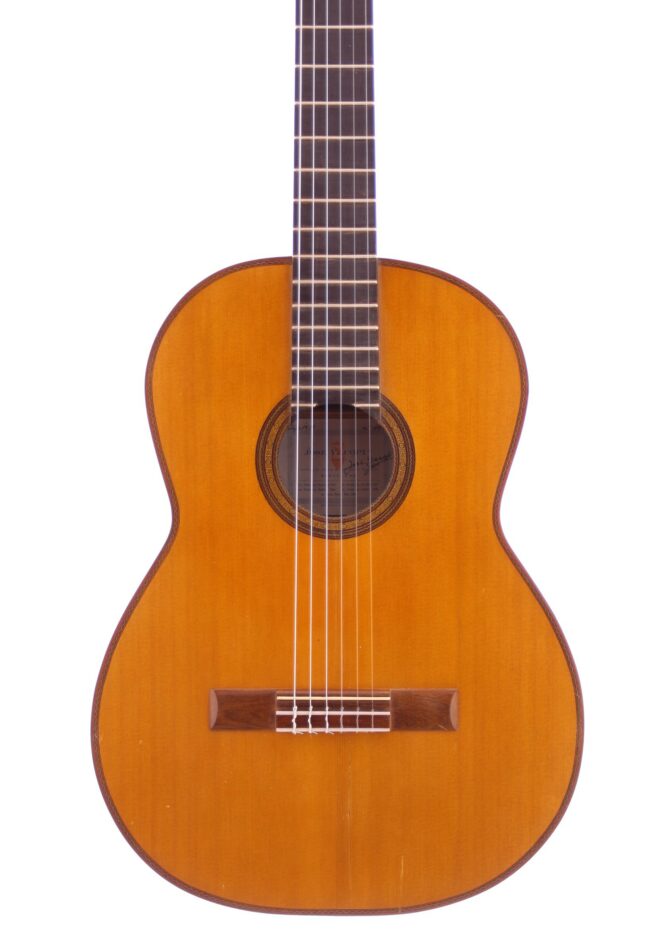 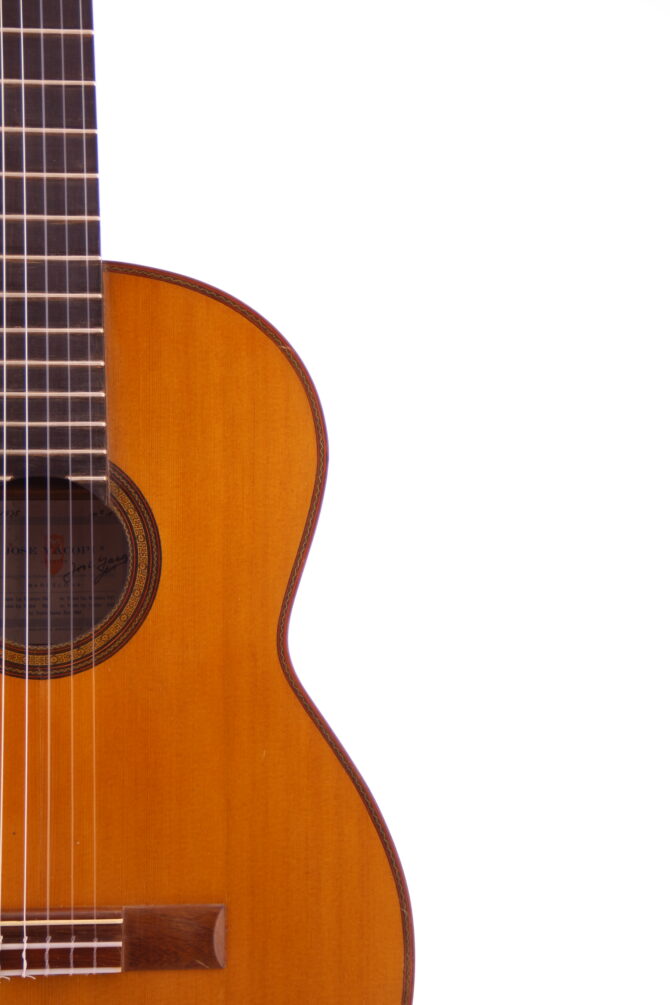 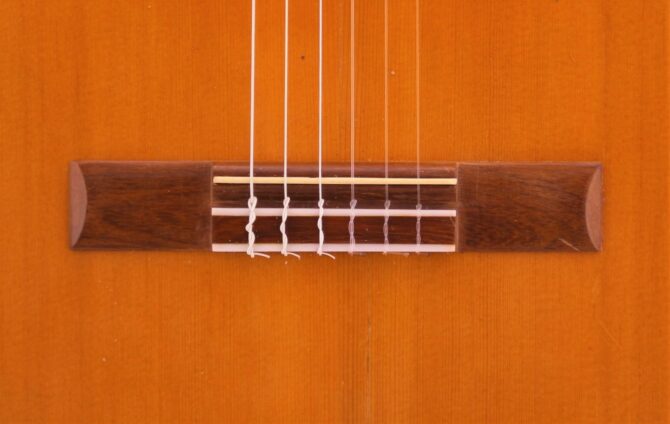 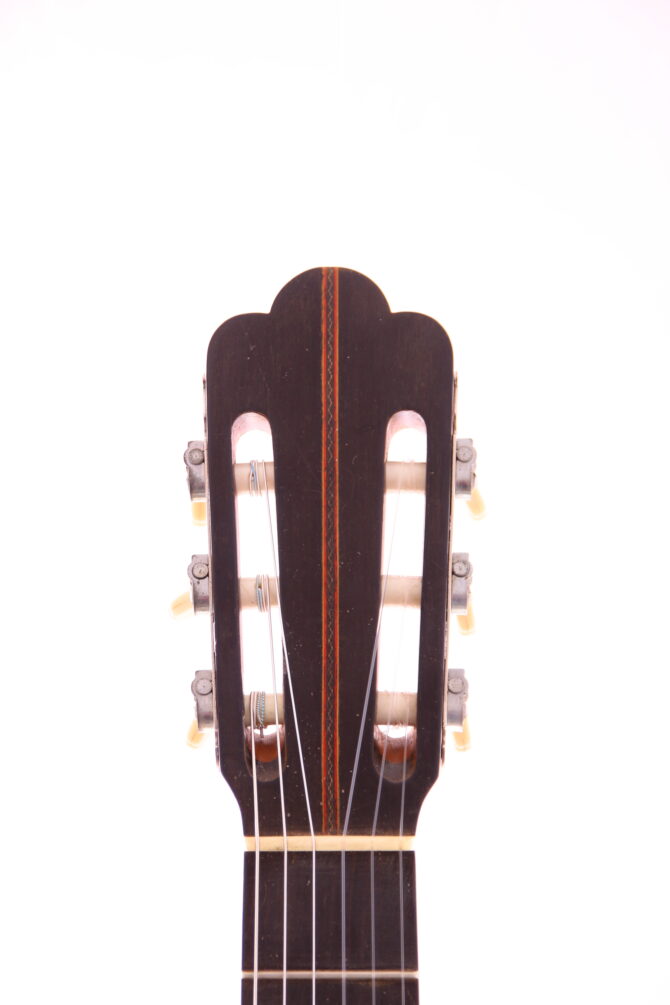 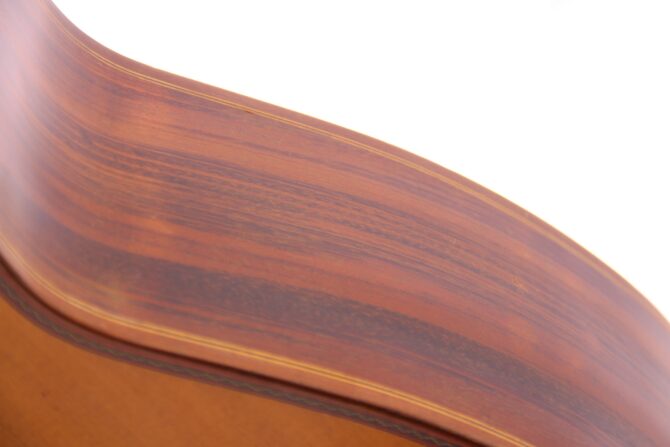 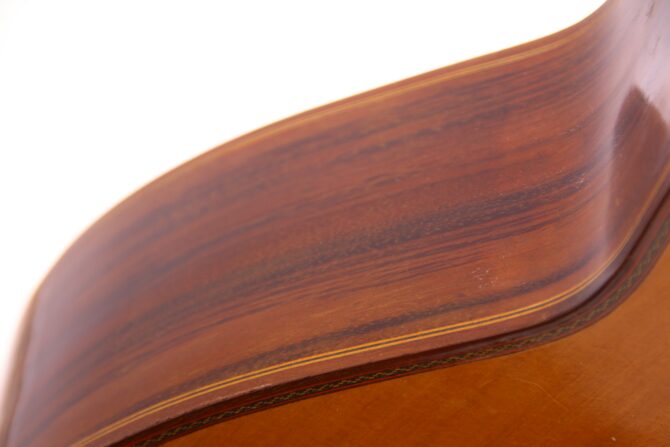 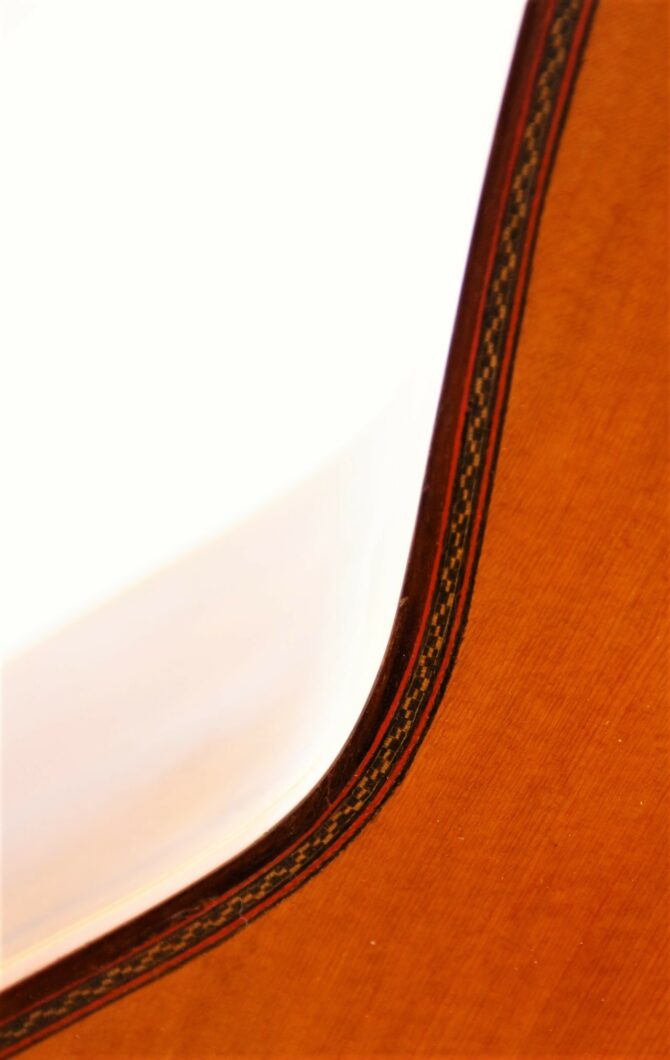 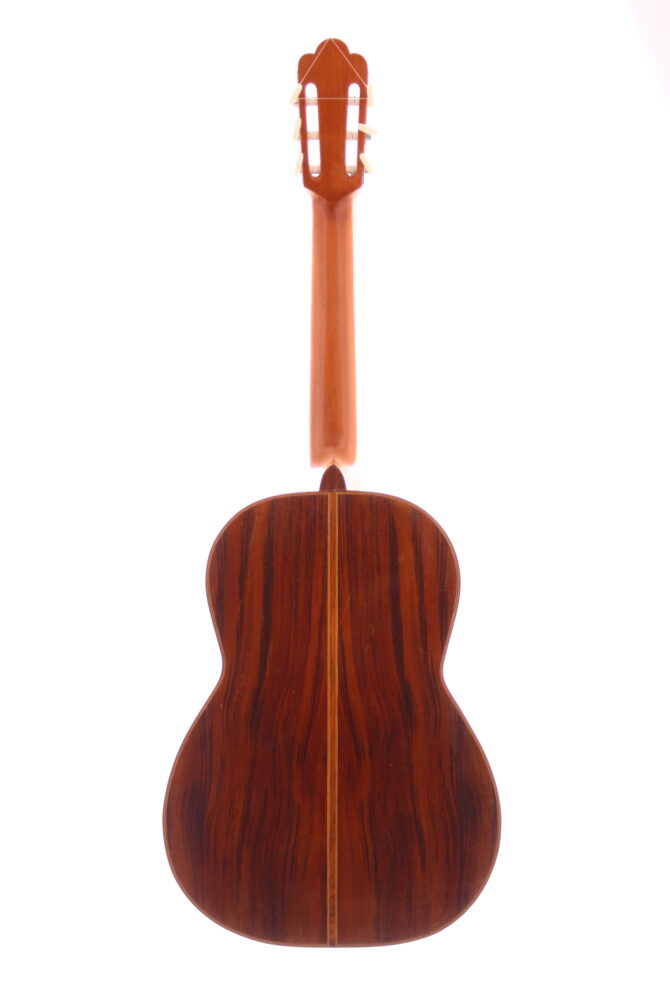 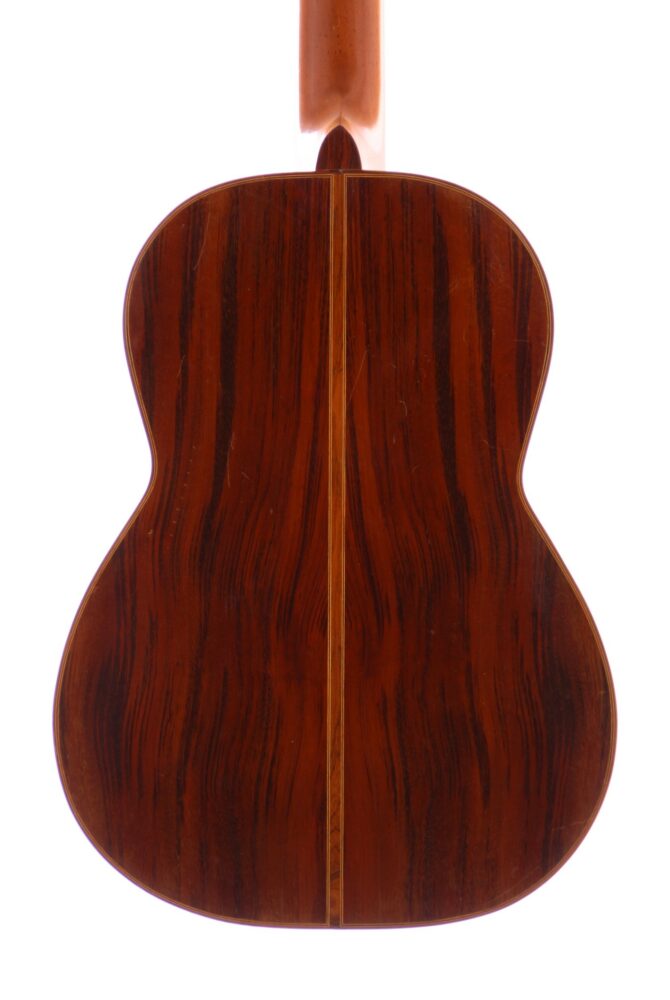 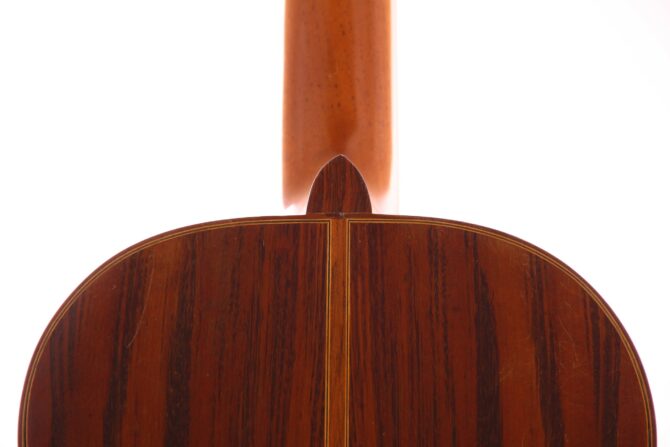 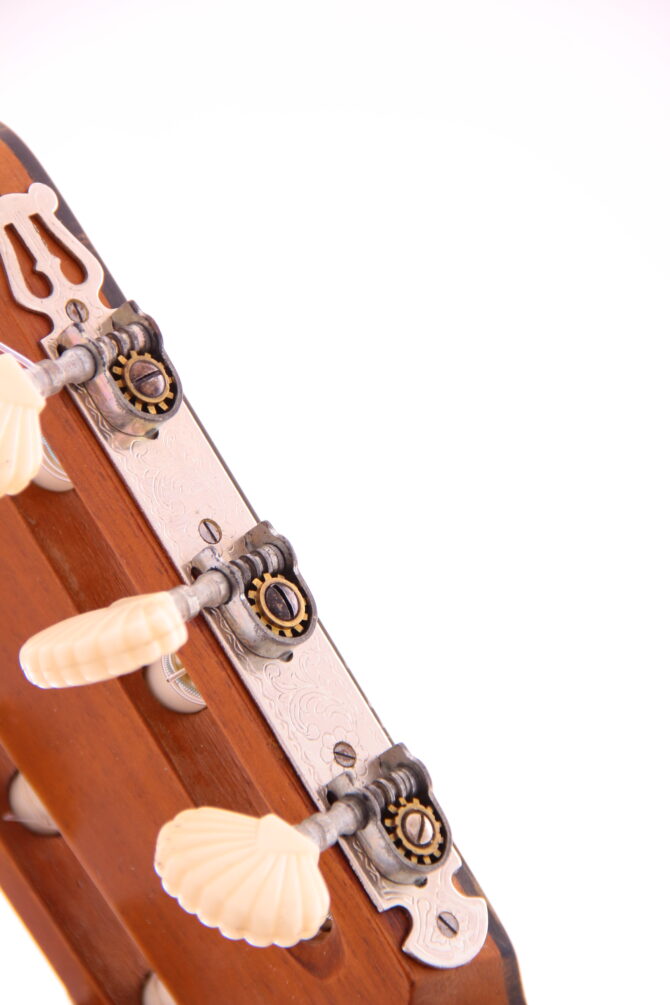 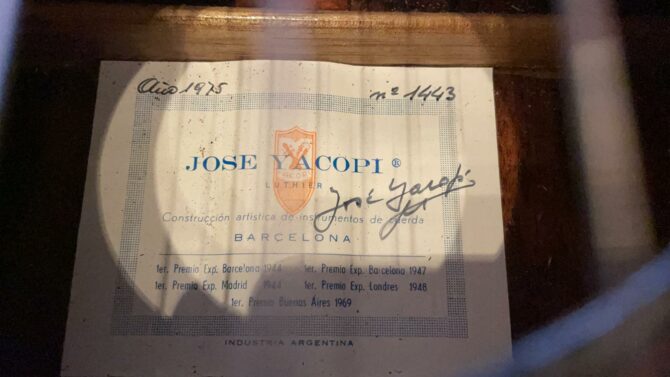 This guitar is a remarkable handmade guitar by José Yacobi. It was built in 1975 and it is signed by Yacopi. It is a typical Yacobi style guitar, with elements of classical Barcelona guitar making mixed with the typical Yacobi features.
For example, this guitar has the typical ornamentation of a Simplicio guitar and looks very much like one.
Inside, however, it has the grandiose Yacobi bracing with the inverted fan (see picture) and the fine construction of the master.

It is clearly a guitar for the concert hall, as it unfolds a lot of power and has an enormously carrying sound quality.
The guitar has a nut width of 52 mm and a scale length of 650 mm. The top is made of finest spruce, back and sides of selected rosewood.
The workmanship and varnish is of the finest we have ever seen on a guitar from Barcelona.

The condition of the guitar is very good with 2 repairs on the top. It comes with the original case.

This inspiring instrument has a spontaneous and powerful sound character. It is very dynamic and comfortable to play. It is always impressive to experience how much character and volume can be found in such a guitar. At the same time, this instrument exudes an incredible charm that is often only found in older, mature instruments and is therefore particularly captivating.
It is an instrument of great lyricism, and its perfect playability allows the guitarist to give free rein to his inspiration. The timbre is round and warm with amazing sustain and perfect balance.

This great instrument is an excellent witness to the times and is one of the best instruments from Barcelona. It is on a par with the instruments of Ignacio Fleta, Francisco Simplicio, Enrique Garcia or Enrique Sanfeliu.