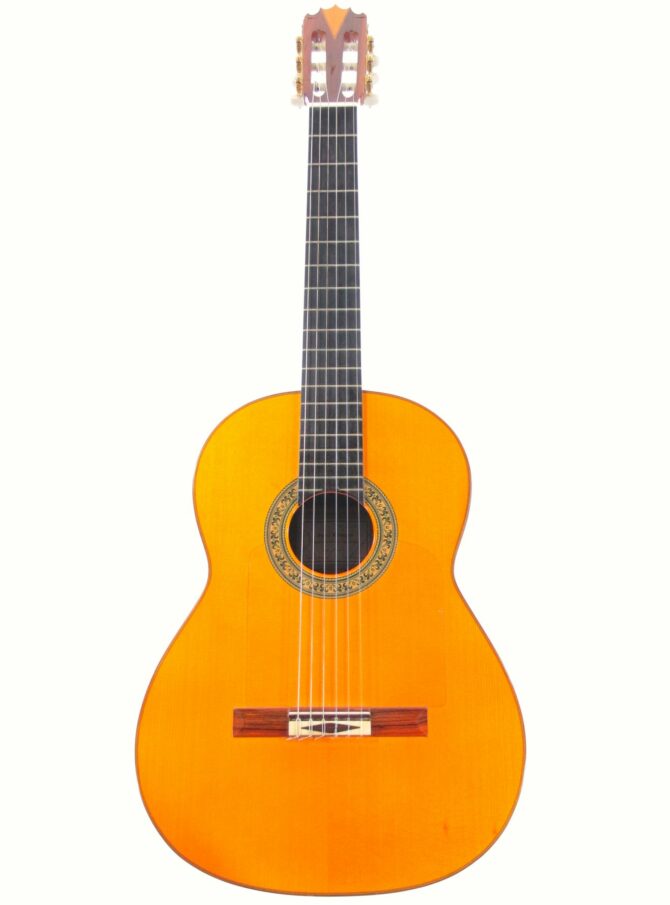 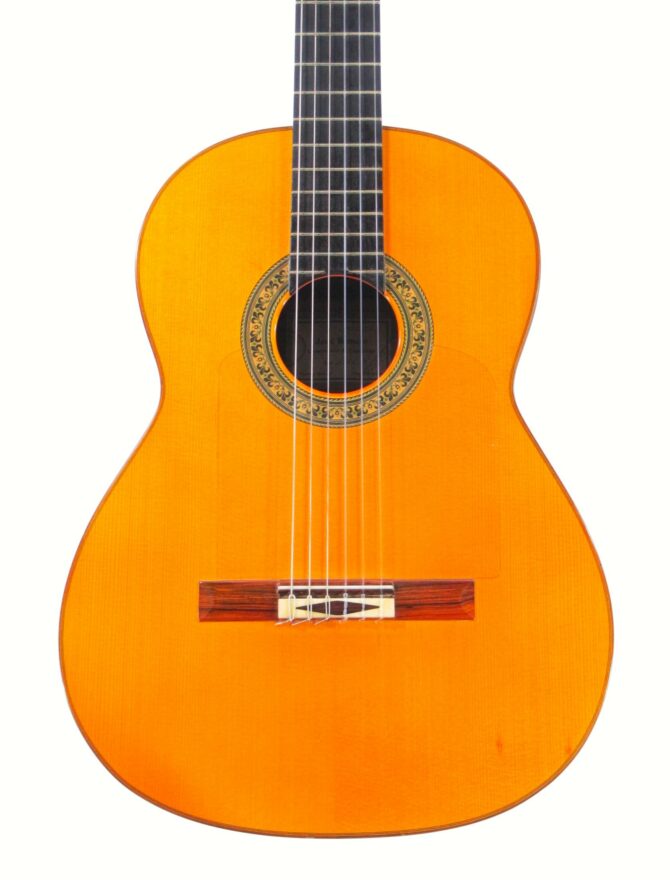 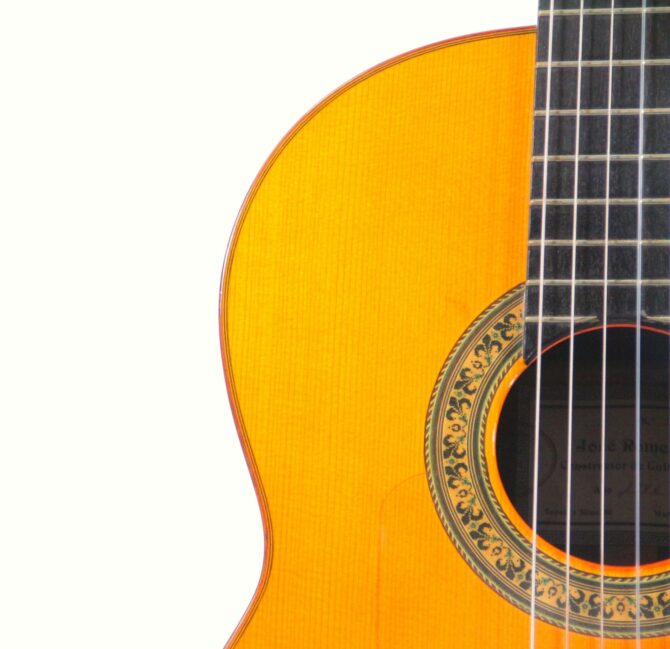 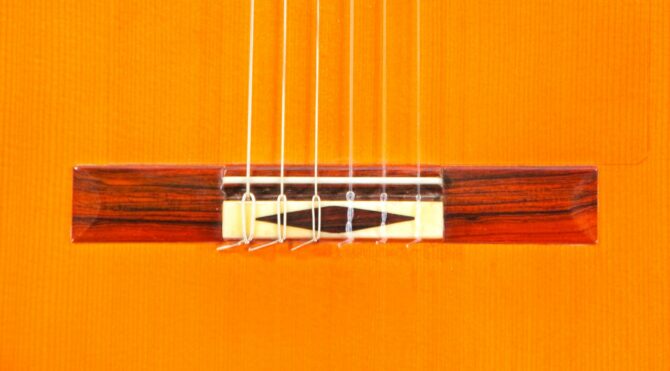 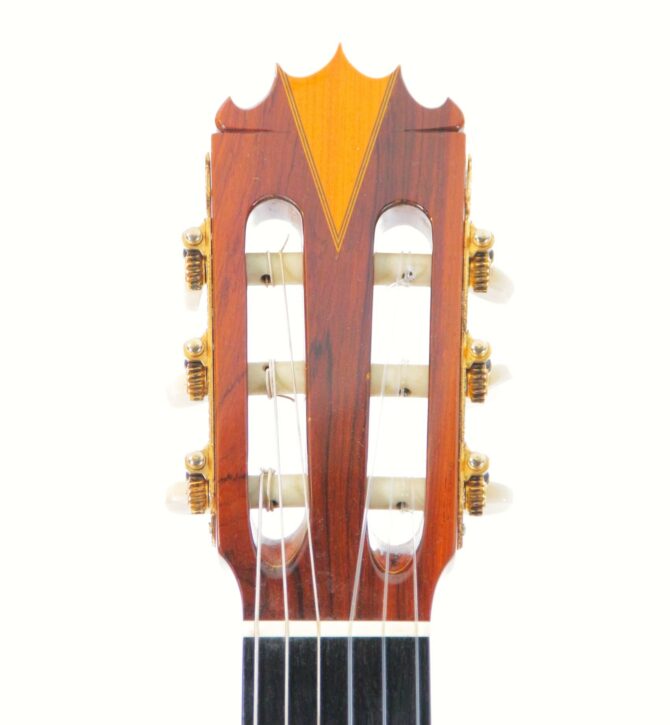 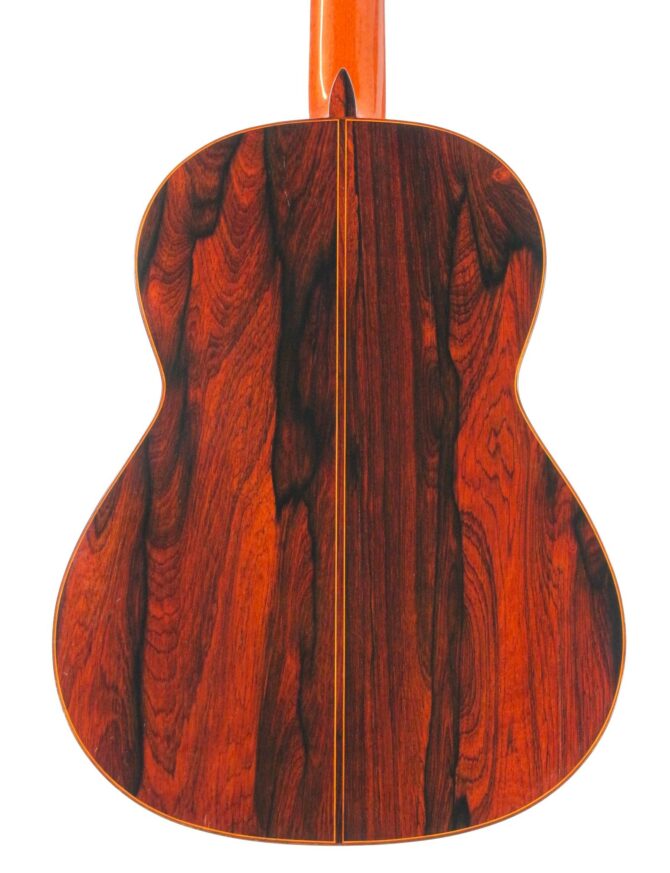 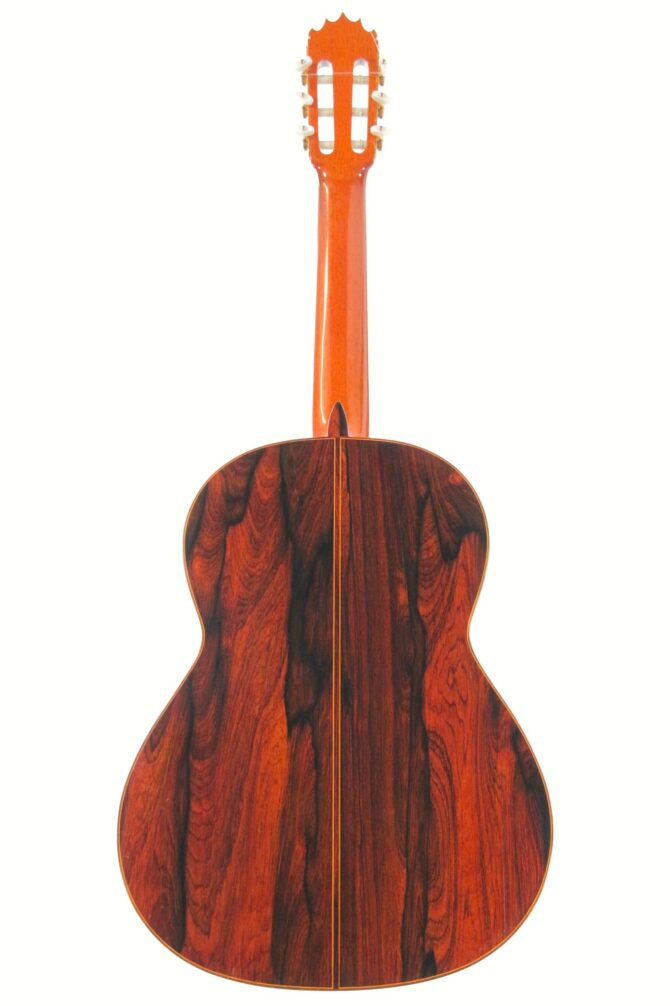 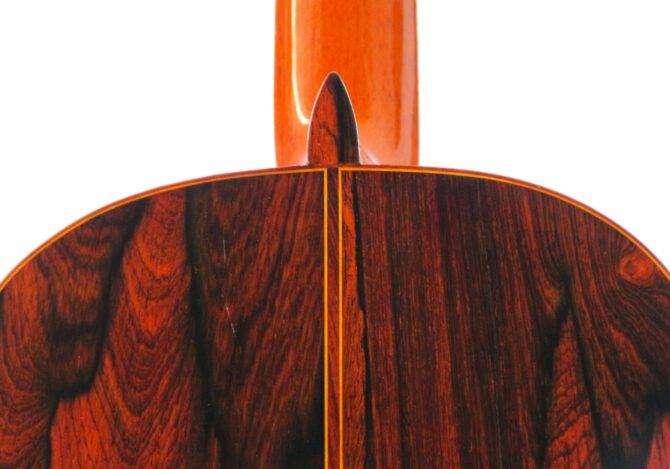 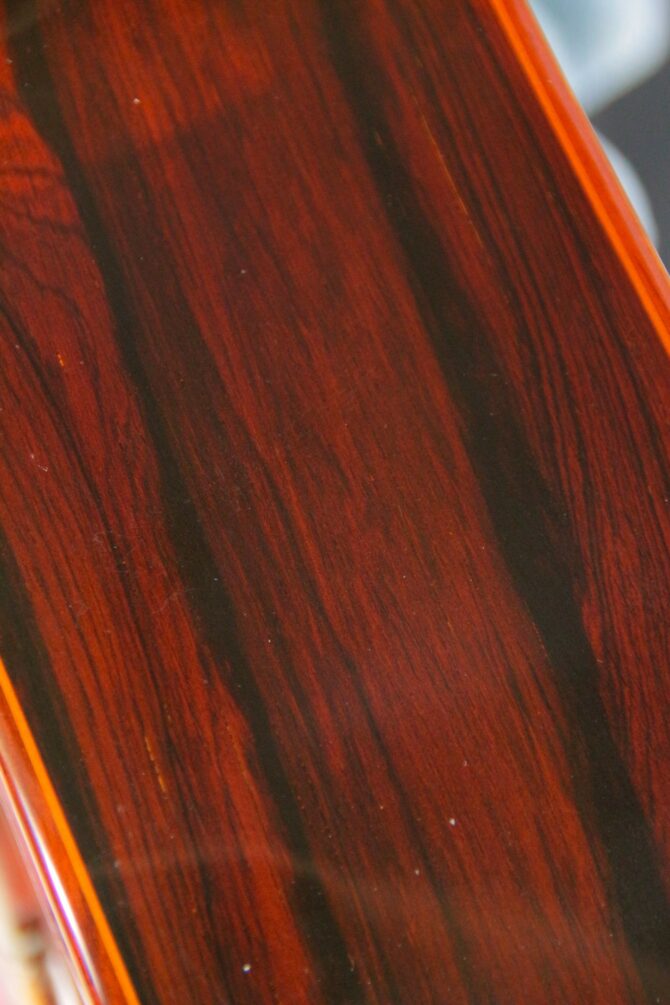 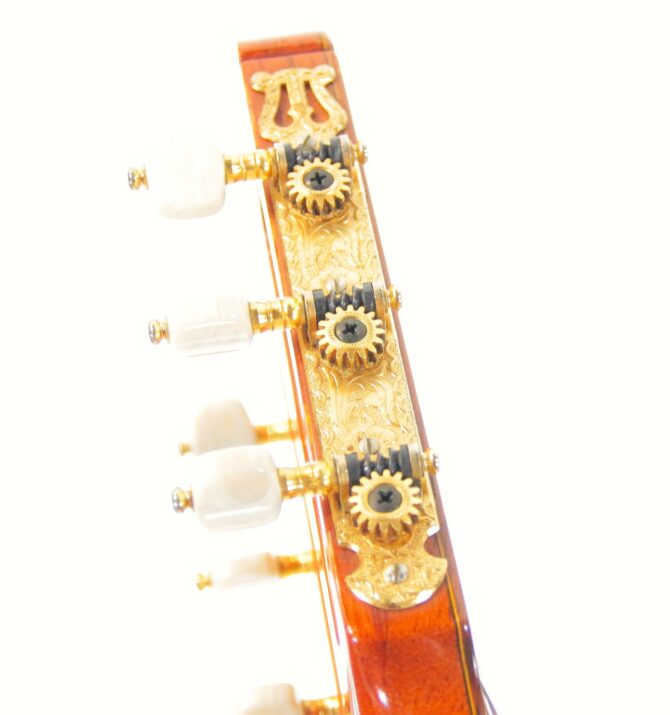 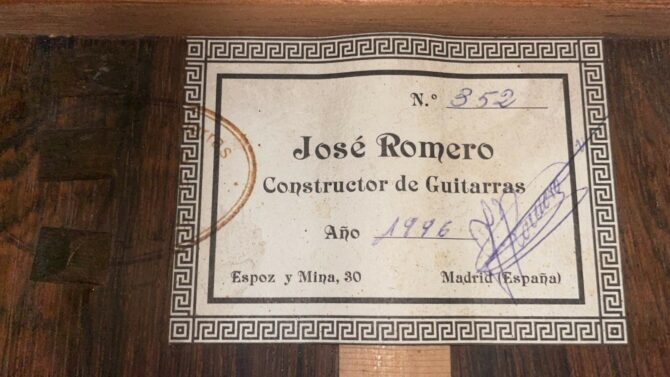 The Spanish luthier José Romero Garrido was born in Baeza (Jaén) April 12, 1954. In 1968, when he was but fourteen, he began his professional career as a guitar maker, entering as an apprentice in the workshop of José Ramirez. There he develloped outstanding skills, became master builder and one of the leading builders in the Ramirez shop.
In 1983, desiring to build instruments of his own design, José left Ramirez and opened his own workshop.

Jose Romero works alone, and builds fine handmade classical and flamenco guitars using traditional techniques. As a result his production is limited and he will only build around 12 -15 guitars a year.

This nice guitar possess a wonderful and sweet tone. The trebles are clear and concentrated. The basses are firm. The balance between trebles and basses is excellent. It is a very flexible guitar – loud and growling while played hard, but it also sings with the sweetest melodies when played gentle.
A real high end guitar – that possess all the qualities one expects from a great master built guitar.

This guitar is well adjusted and plays very nice. It has a 660 mm scale length and a 52 mm nut width. The top is made of spruce and the back and sides of beautiful cocobolo rosewood.

The guitar has 3 small repairs on the back, but is otherwise in nice condition with only some wear from play and use.

It comes with a very suitable guitar case.