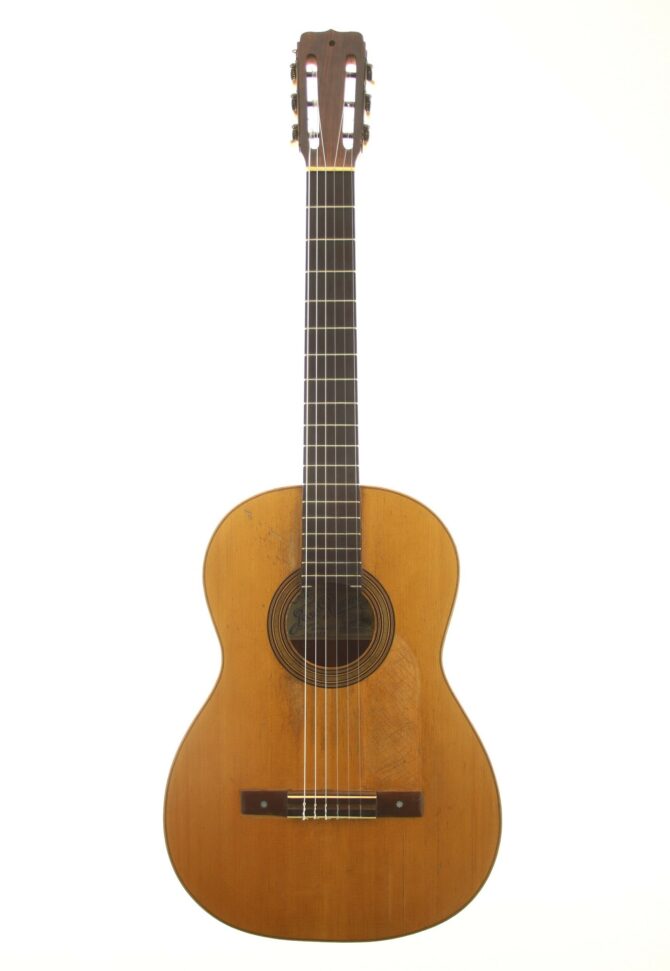 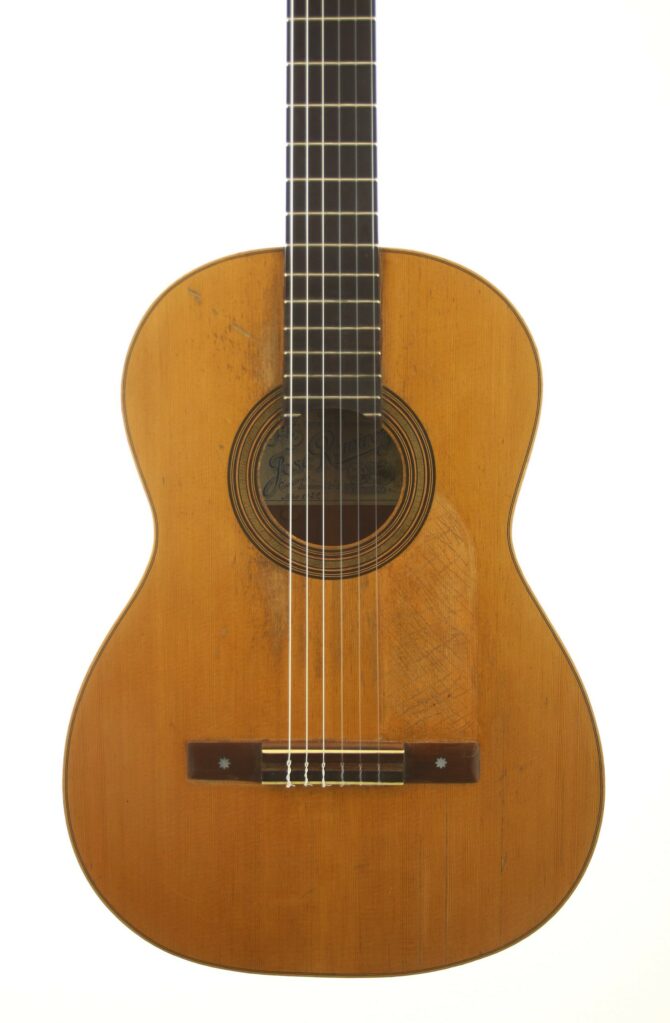 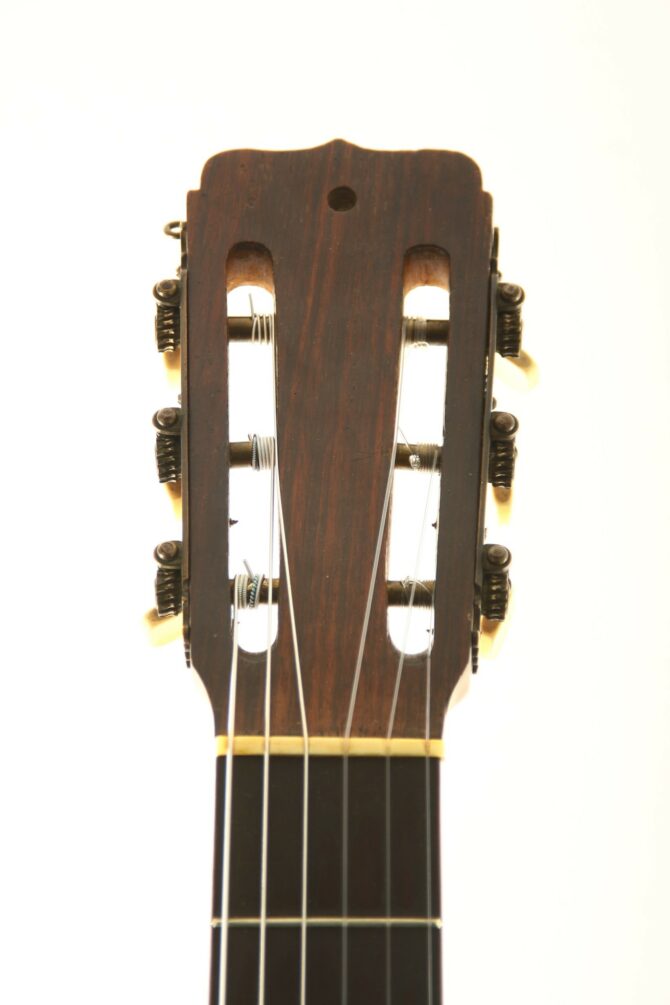 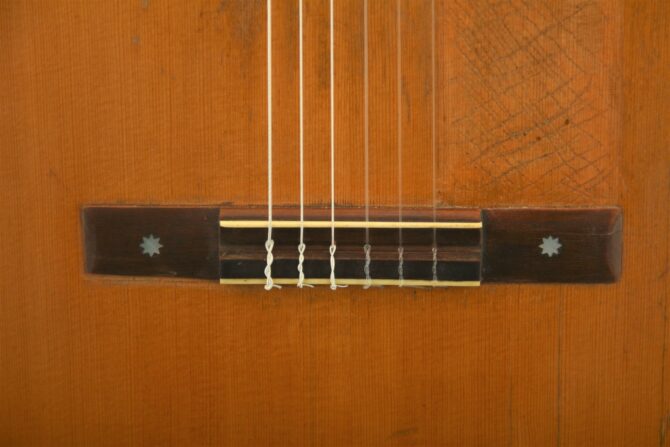 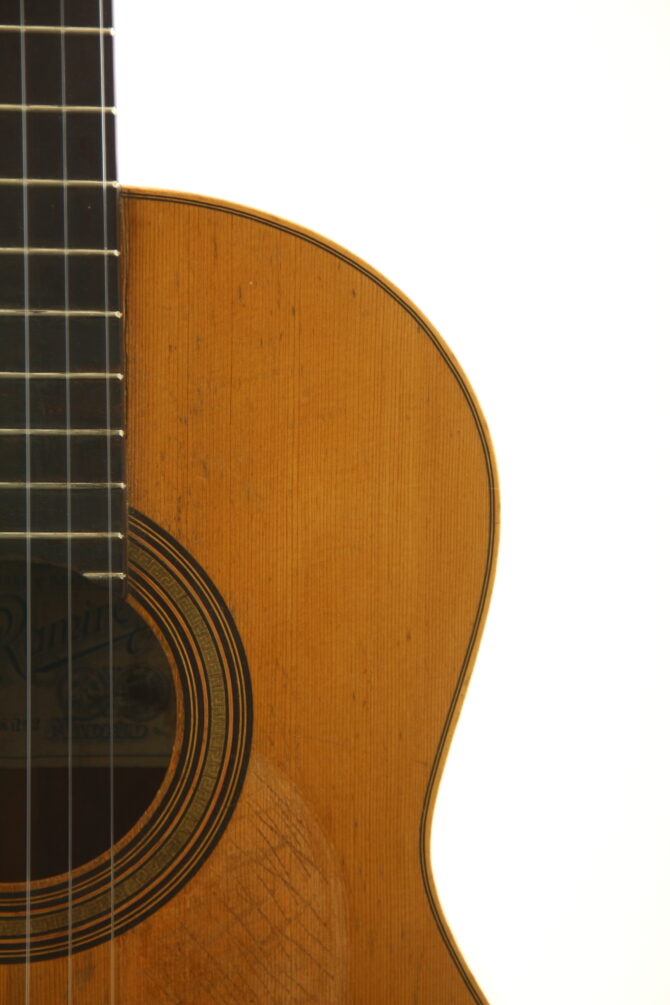 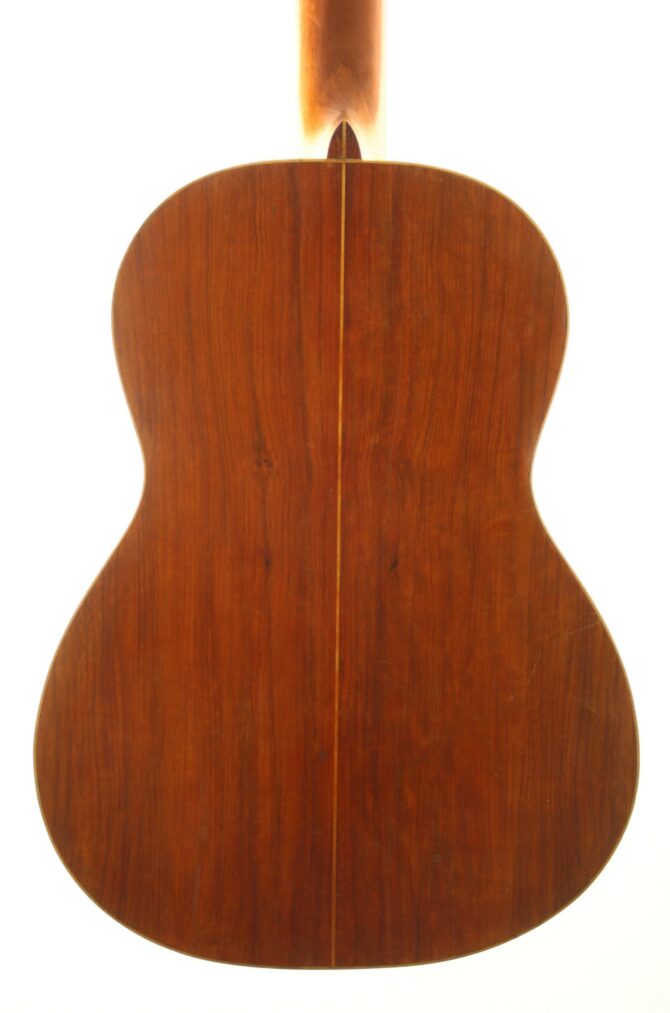 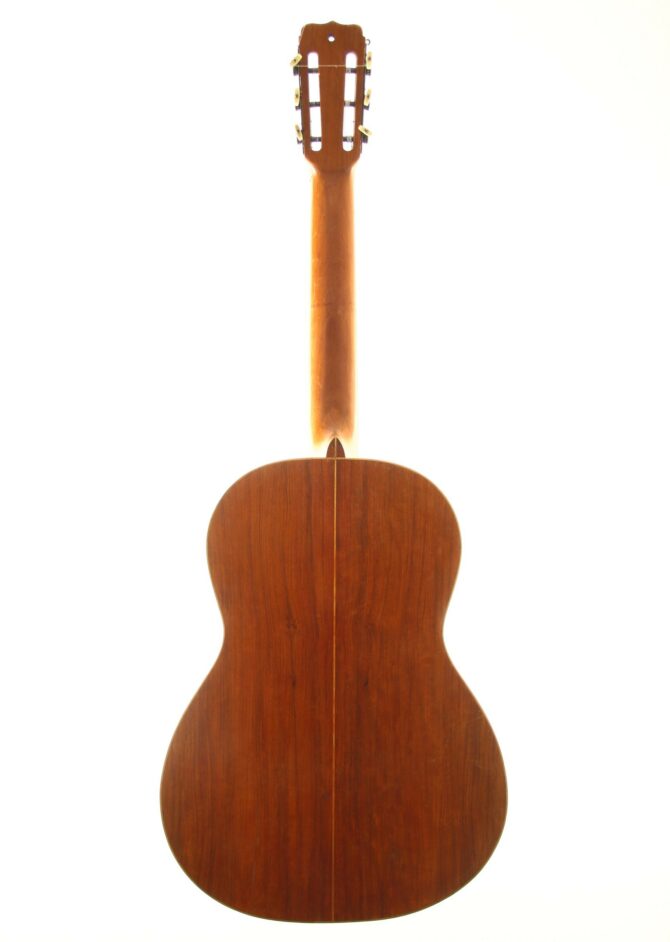 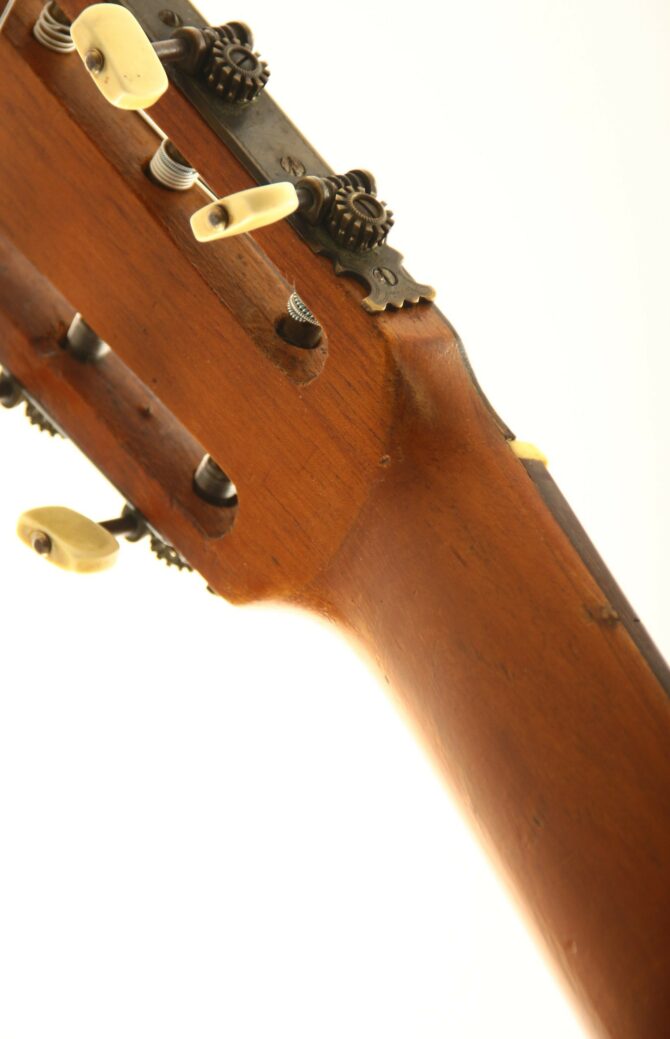 The Ramirez guitar dynasty has been building guitars since 1882, played by many world-famous guitarists such as Julian Bream, Andres Segovia, Laurindo Almeida, Oscar Ghiglia, Jose Luis Gonzales and many others.
Ramirez has influenced the development of the classical guitar like nobody else and has always been a trendsetter in guitar building.

This guitar by José Ramirez II from 1929 is something special and was made especially for a classical guitarist.
A great effort was made with this guitar here. The guitar has special woods and the decorations are unique and so rare to find. Back and sides are made of the best rosewood available at the time. The spruce on the top is of very nice alpine spruce.

The scale of the guitar is 650 mm and the nut width 51 mm. The neck is straight and the action comfortably low. The guitar plays effortlessly.

The sound is absolutely astounding. We did a small listening test and this guitar was compared in the same room with some more modern Spanish guitars. We were so much surprise when it was first played, it was every bit the equal in volume and projection as any of these modern ones and far more interesting to listen to in terms of colour and nuance.
The guitar has a great richness and harmonious quality. The notes blend together beautifully and yet maintain their clarity and separation. The sensation of playing the guitar is as it vibrates against the players body in a very deep way.
It has an incredibly powerful sound and sounds very much like what we know from Torres.

The guitar is in restored condition. There are some repaired cracks that have been repaired over time. Everything is stable and the guitar is ready for the next stage.

It comes in a solid guitar case.