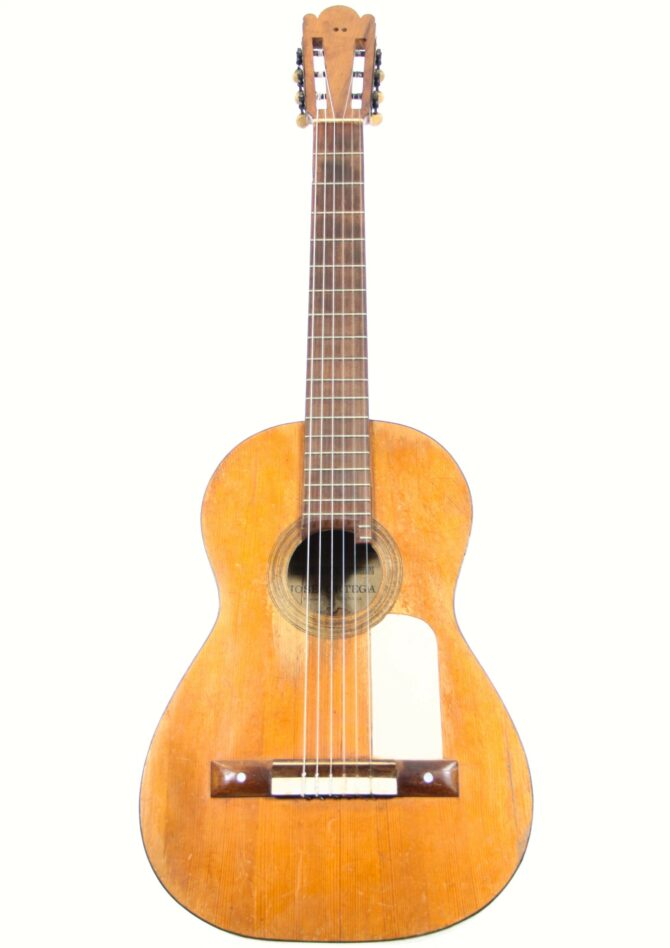 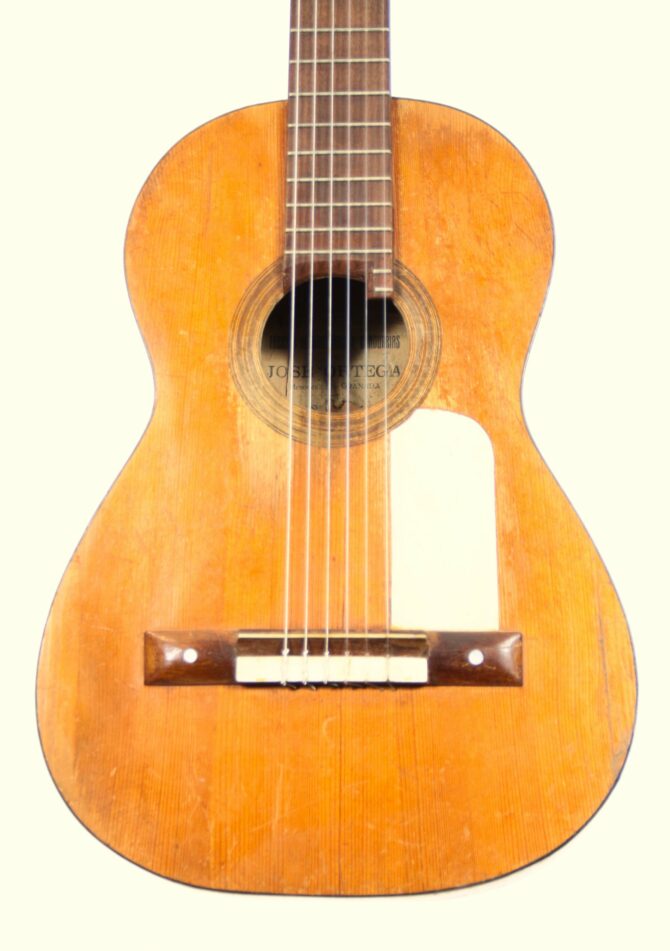 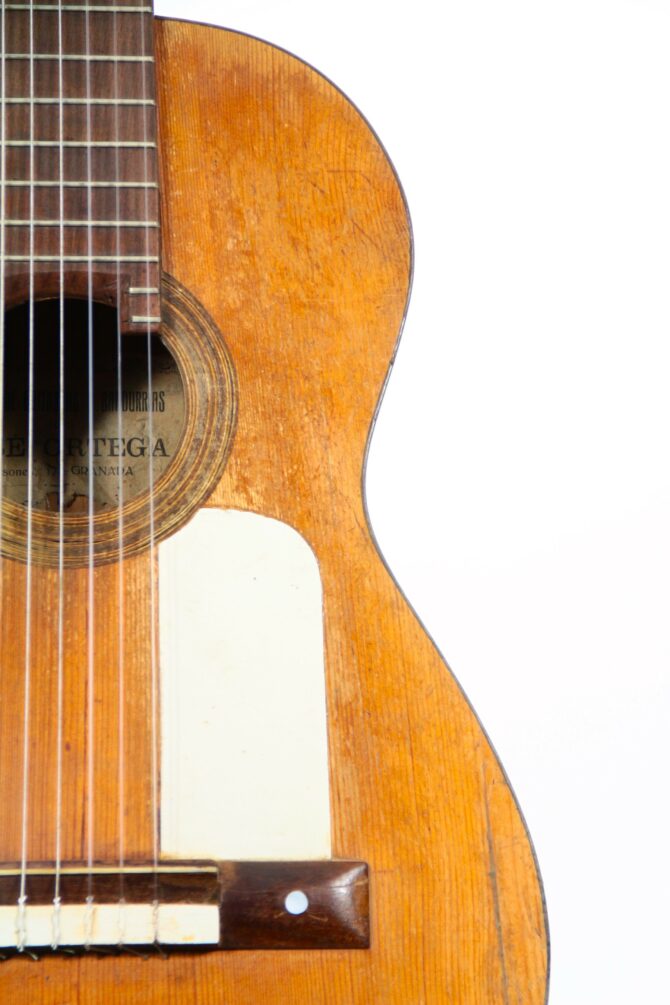 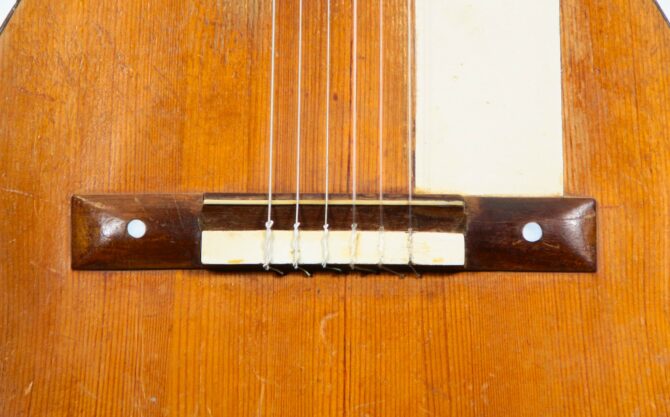 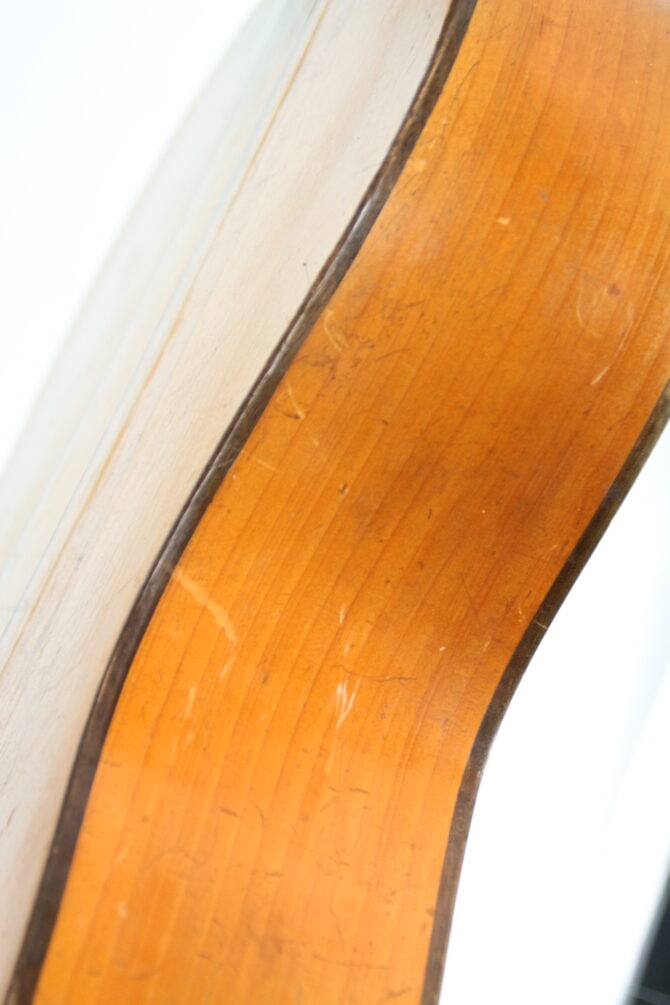 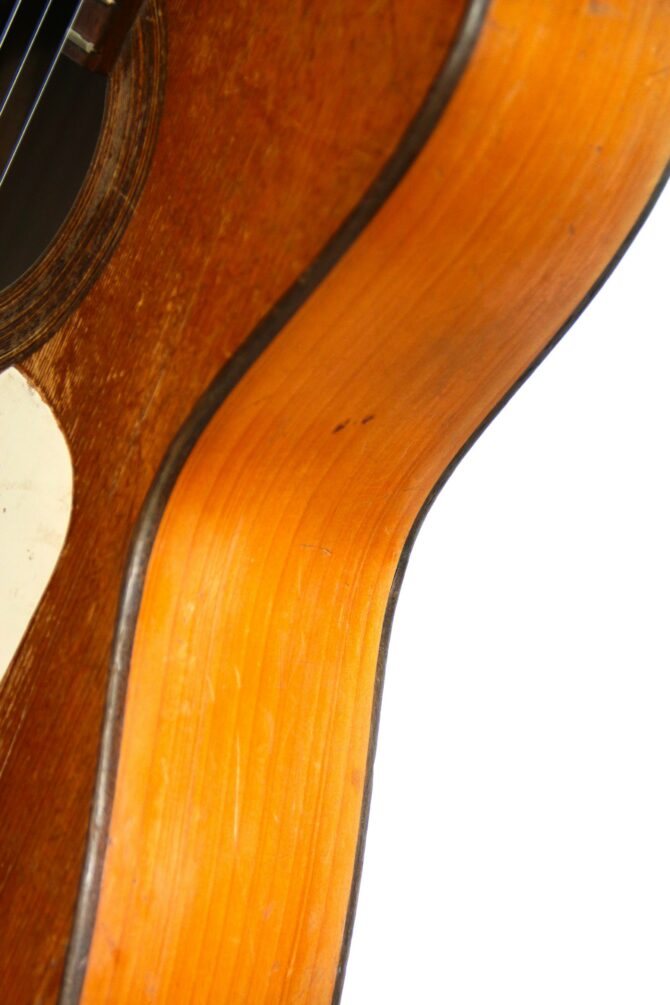 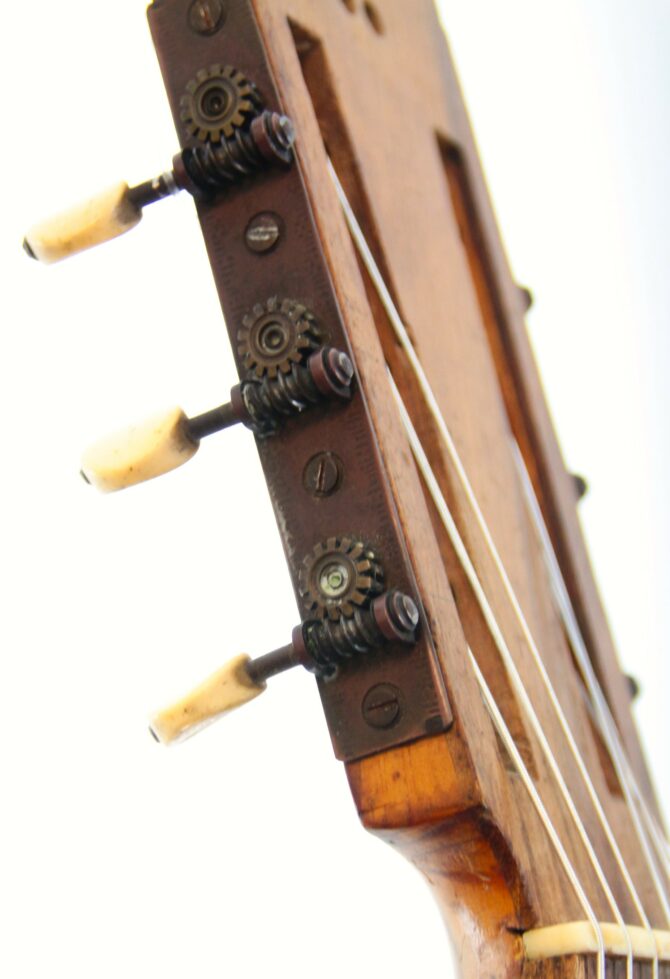 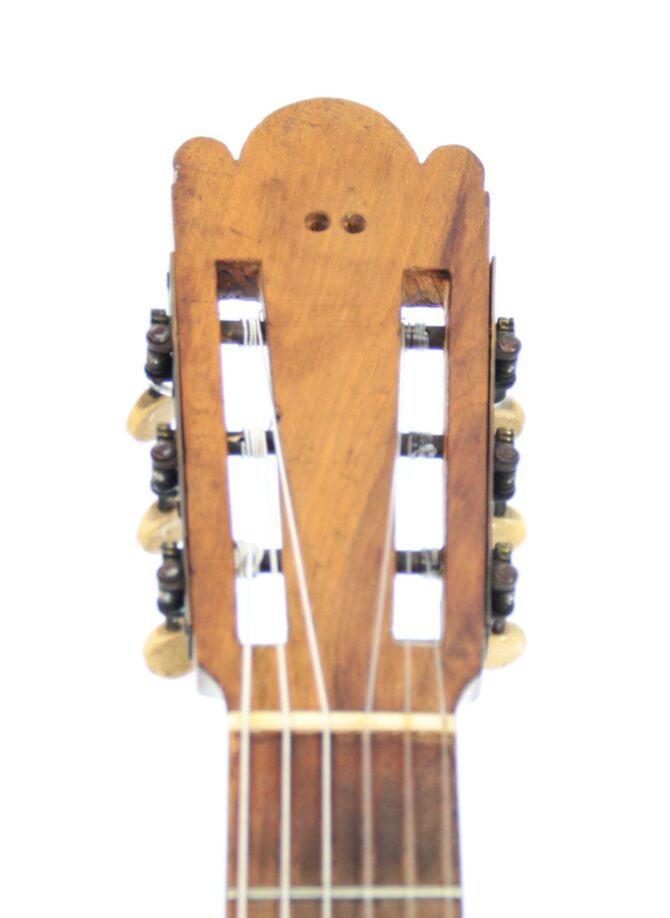 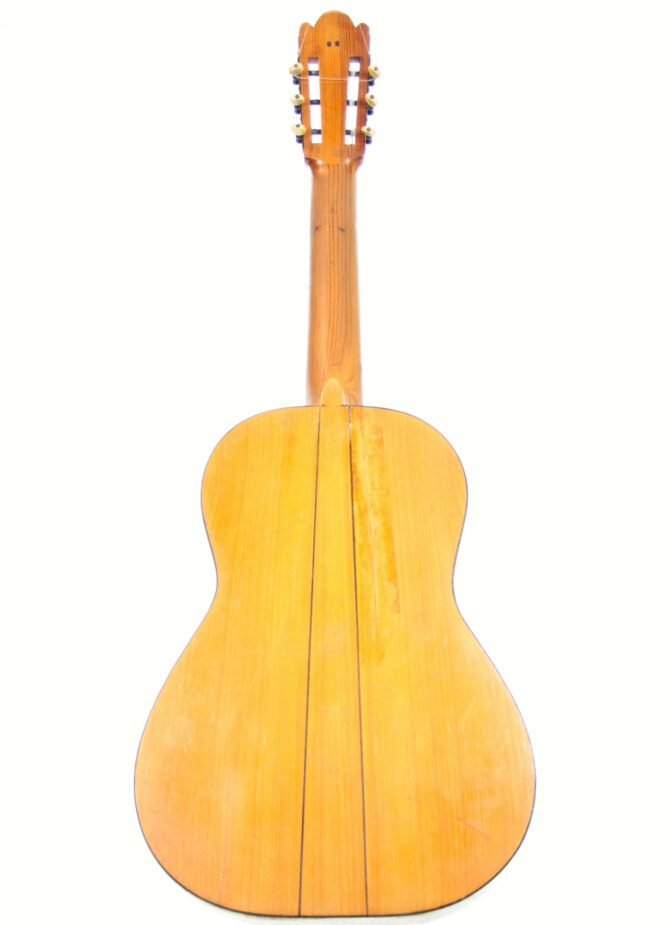 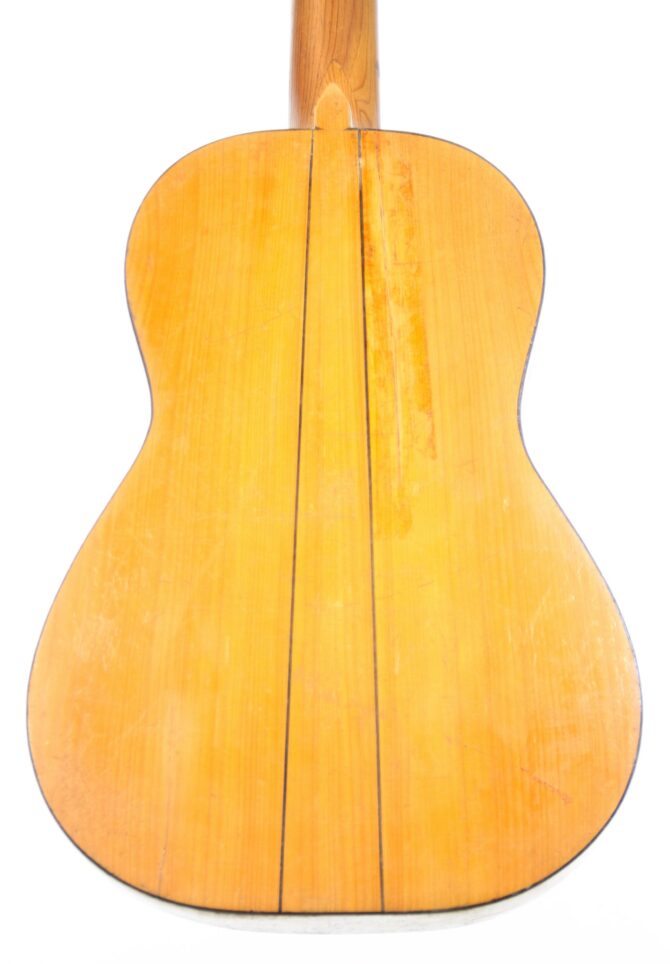 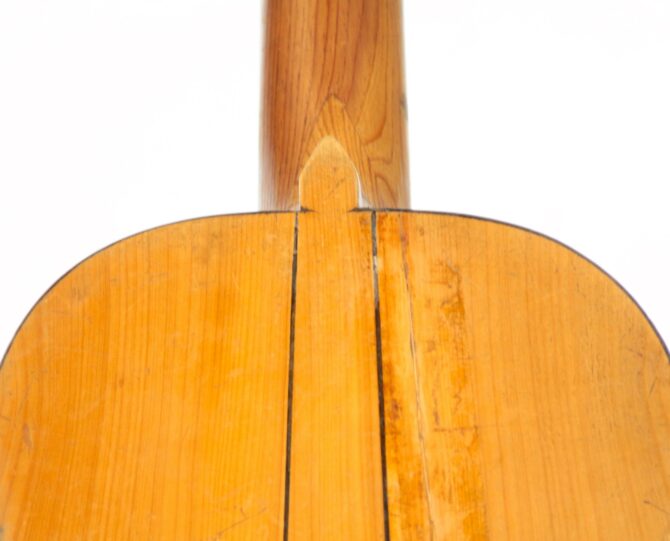 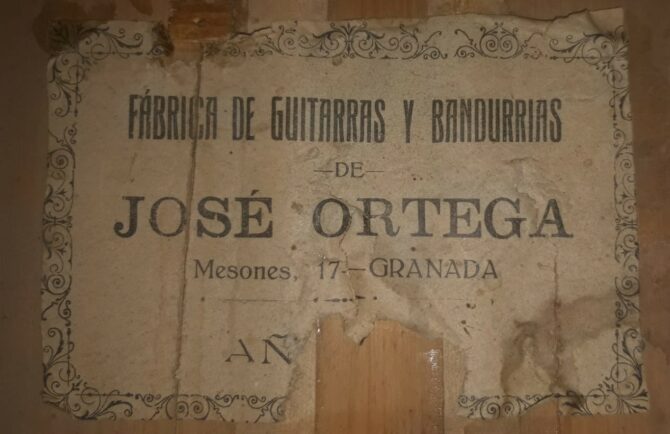 Great romantic guitar by José Ortega – a piece of history and a rare opportunity!

José Ortega was taught by his father Juan, together with Benito Ferrer, the founder of the Ferrer dynasty in Granada and luthier of Andrés Segovias first concert guitar.
His guitars are made in the style of Torres’ guitars with fan bracing. His crafsmanship is of the best of that time.
The famous spanish poet Federico Garcia Lorca owned an Ortega guitar, which is kept in a museum in Granada.

This guitar is typical for Ortega’s work. It has smaller sides, which can also be found on Torres guitar SE 04. It has a 5-fan bracing with a nice spruce top and cypress back and sides. The scale length is 613 mm and the nut width 50 mm.

You can already imagine the unbelievable sound of this guitar just by looking at it.
The woods are of course wonderfully mature after 130 years and produce an incredibly beautiful vintage sound. The guitar reacts immediately and has a great resonation, which produces a nice raspy sound. It has the most beautiful timbres and is something special through and through.
The guitar is completely comparable with the best you know from Torres.

The instrument is in “restored original condition” – which means: great importance has been given to not change the substance.