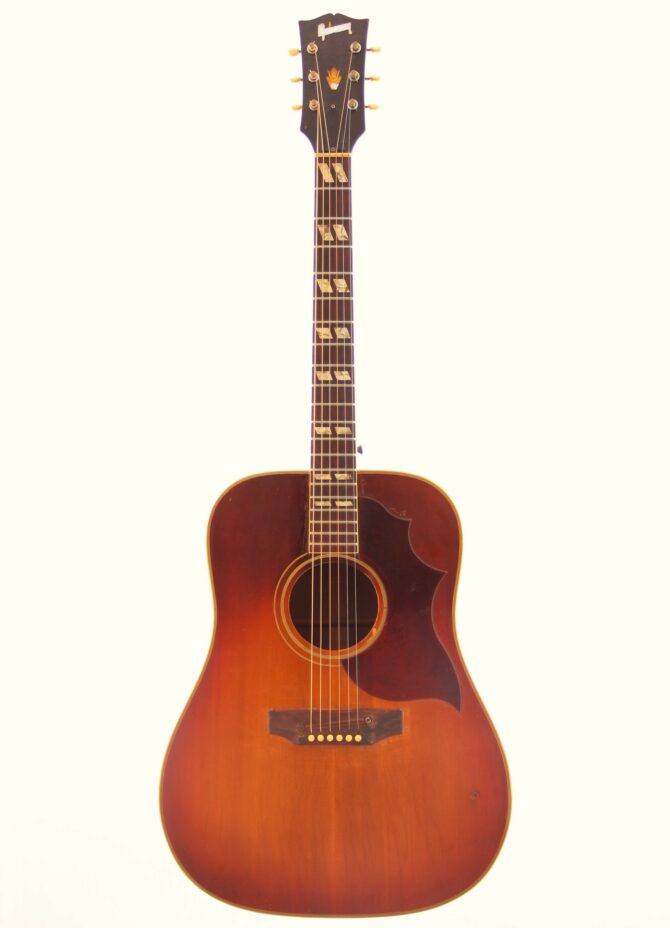 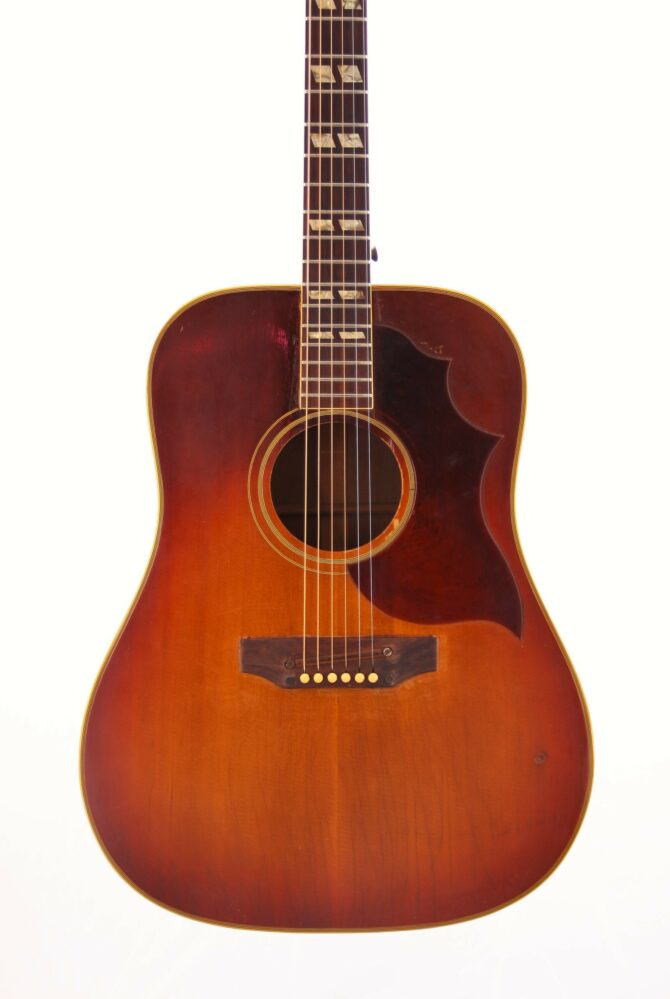 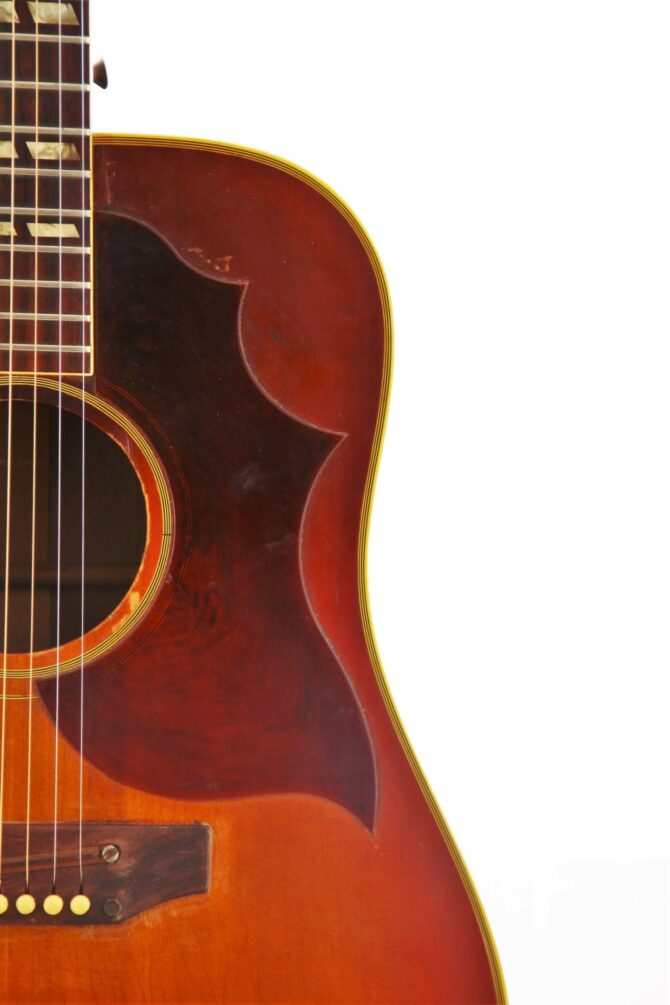 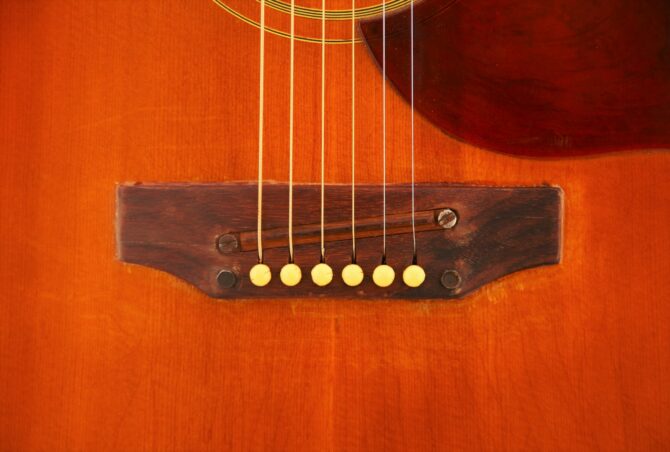 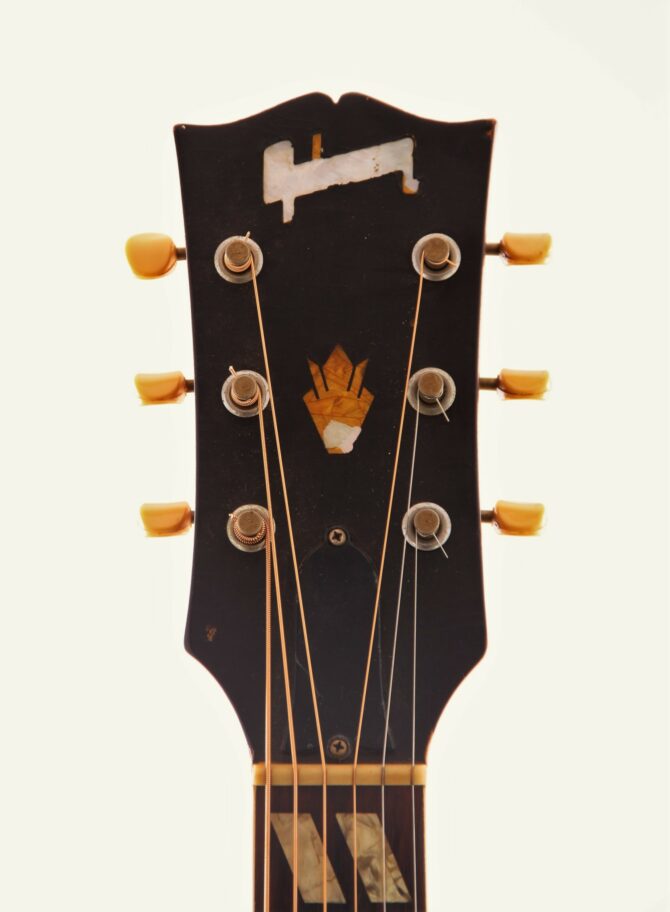 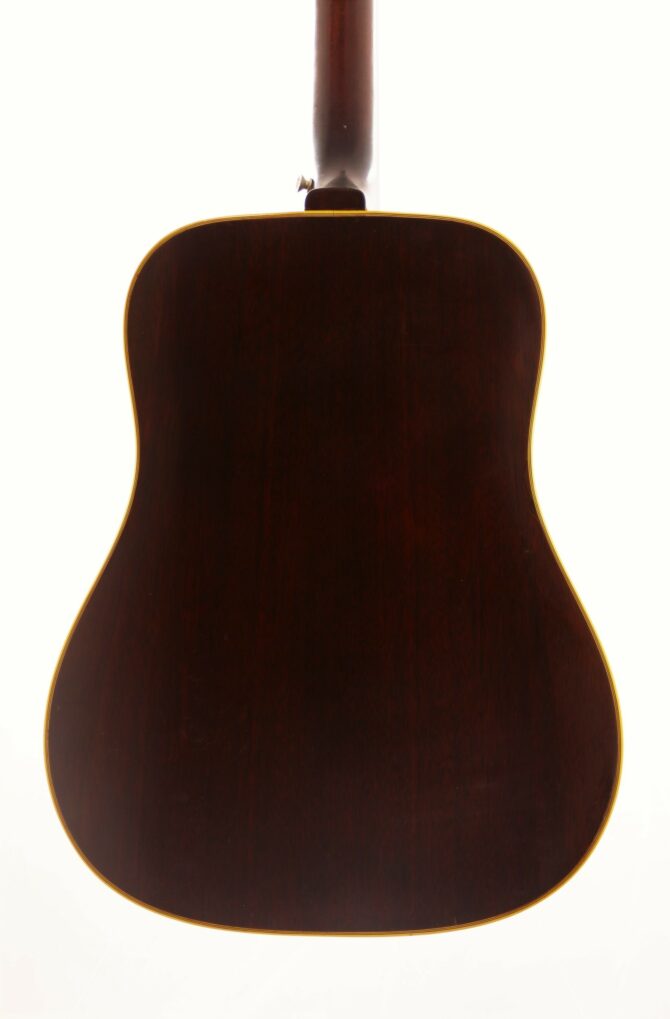 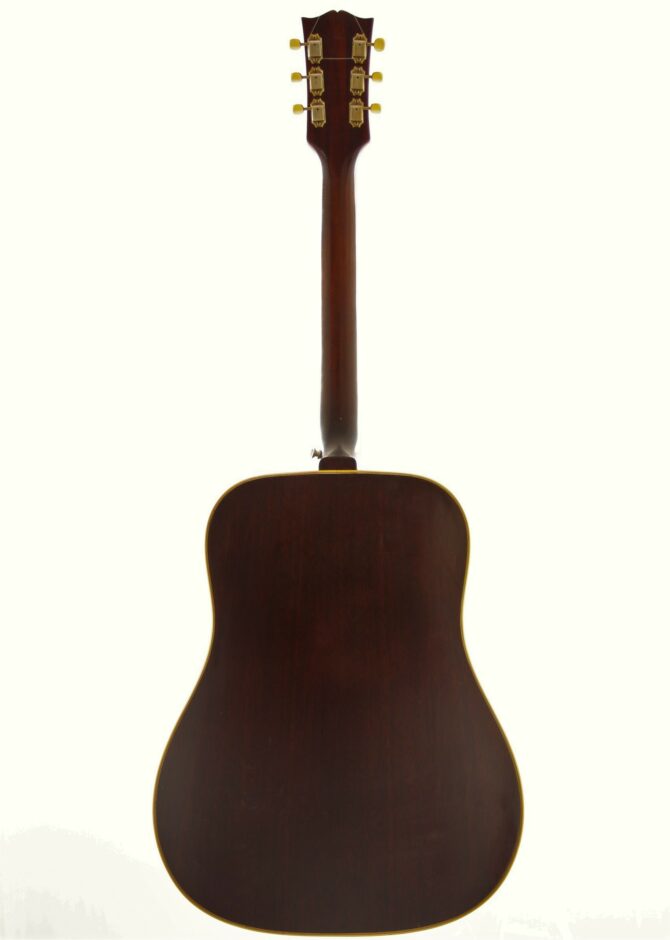 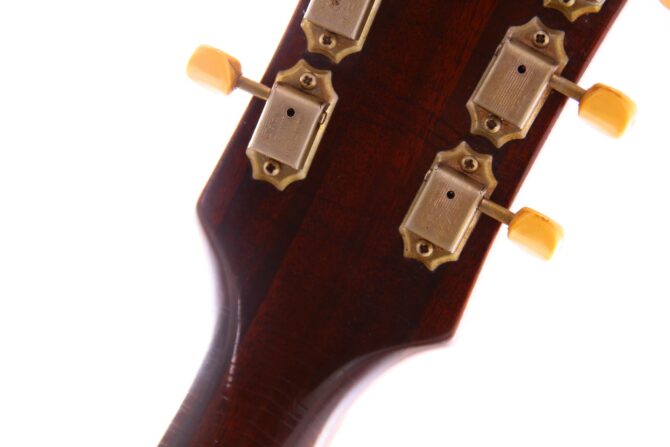 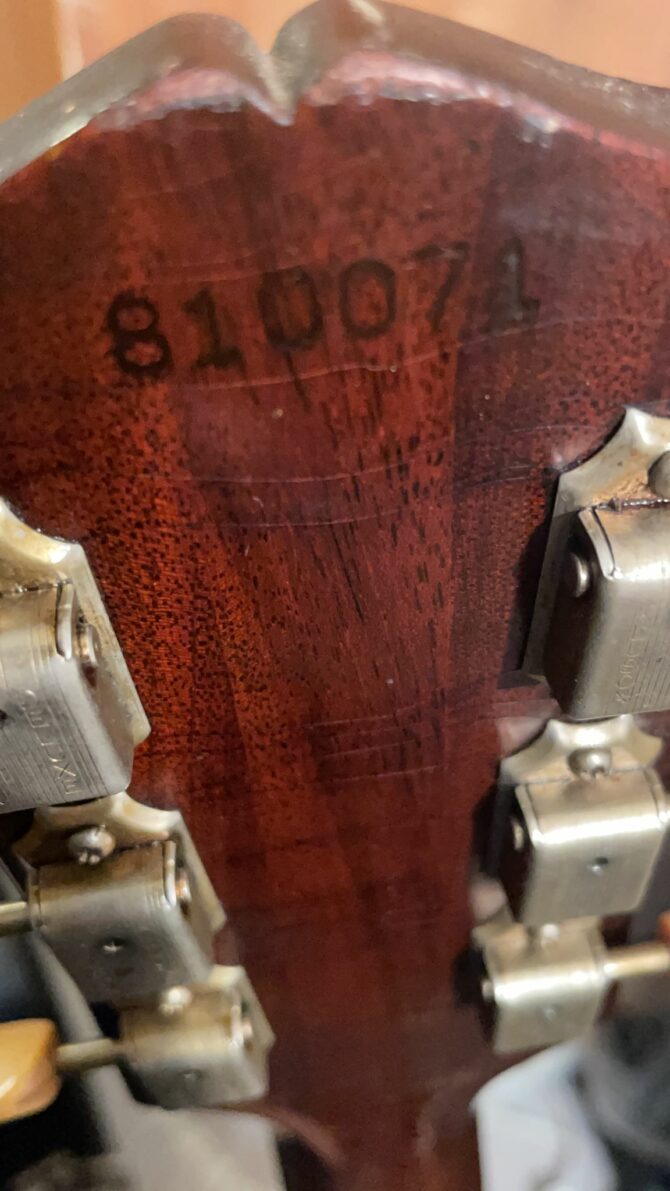 Gibson Southern Jumbo (SJ) 1966 – this guitar has a great sunburst finish and sounds like a cannon!

The Southern Jumbo is one of Gibson’s most famous model. It has a big square shoulder dreadnought body and the fancy inlays along with a cool pickguard. Similar to a Hummingbird this Gibson model is really special.

The Gibson SJ has a spruce top with mahogany for back, sides and neck.
The finish of this model is a dark sunburst, which was the most famous Gibson finish at that time. It has the inlays and decorations typical for this model.

This Gibson SJ 1966 sounds great – There really is nothing quite like that vintage Gibson tone and this is a prime representation of what all the commotion is about. Strong, woody basses and crisp, cutting trebles combine with bold, bawdy mids for that quintessential Gibson sound.
The guitar with its old woods has this bouncy reponse to the sound, which can only be found in a good vintage guitar. The woods vibrate incredibly good and give this beautiful guitar a very charming woody sound.

It is in a good and original vintage condition. It has just a small repaired crack on the top (above the pickguard). The Gibson logo has lost its gold and the bridge looks like it has been reglued.
The action is pleasantly low and the frets are in good condition. It plays incredibly well and it is a lot of fun to play this guitar!