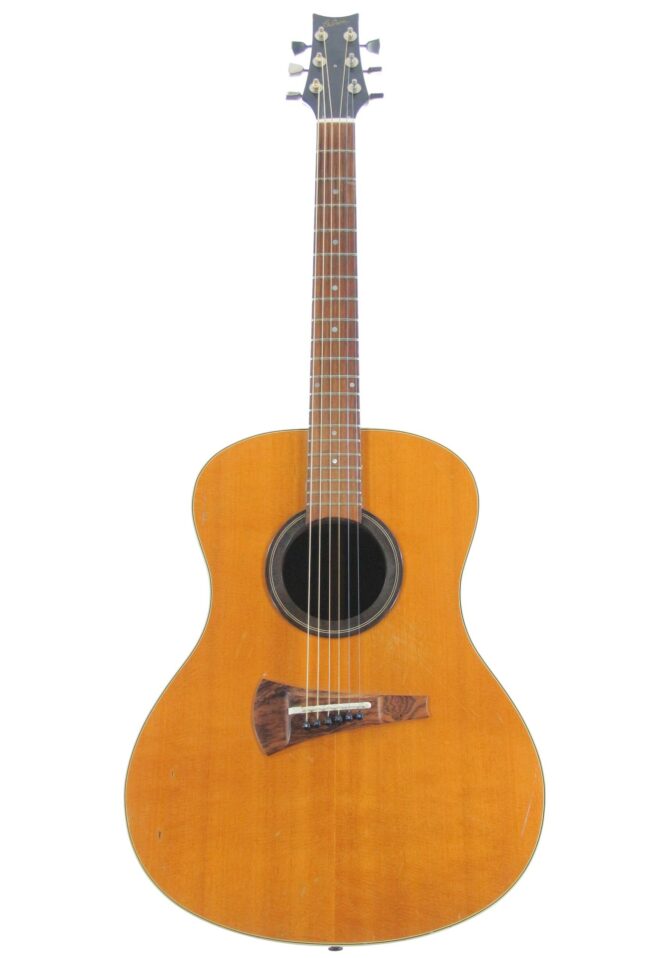 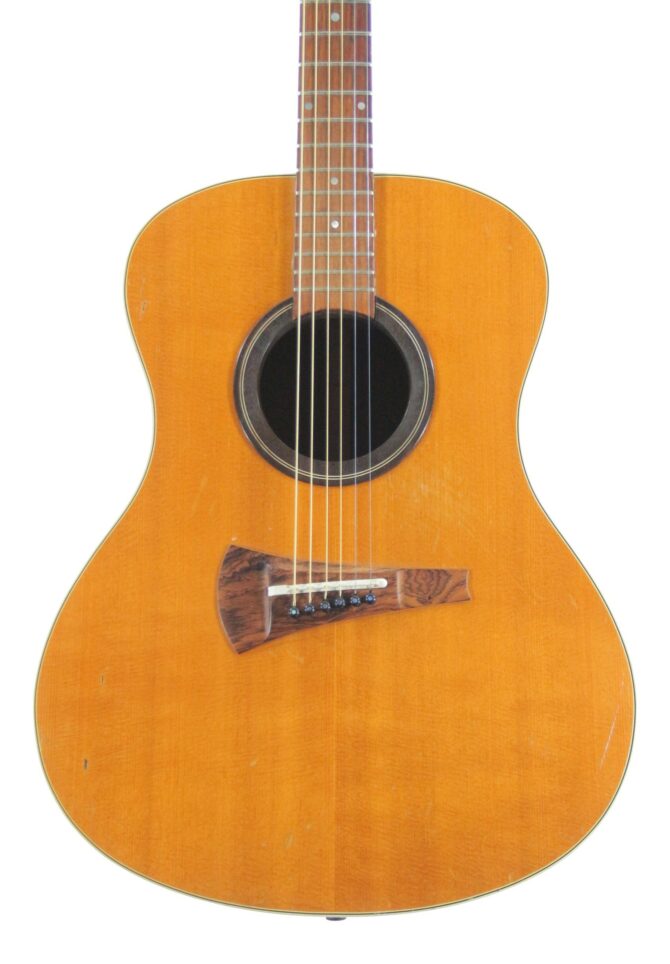 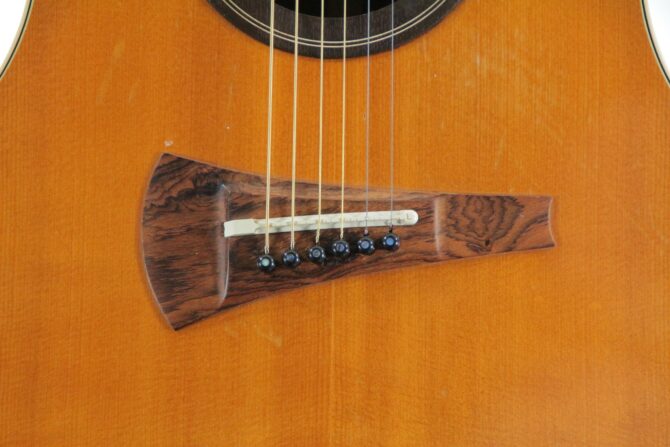 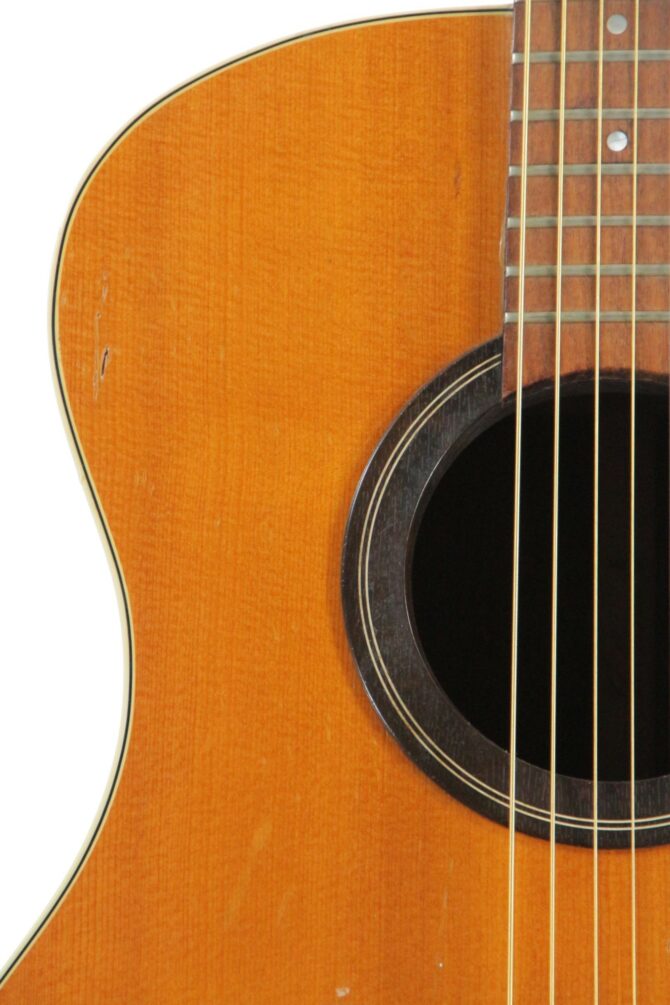 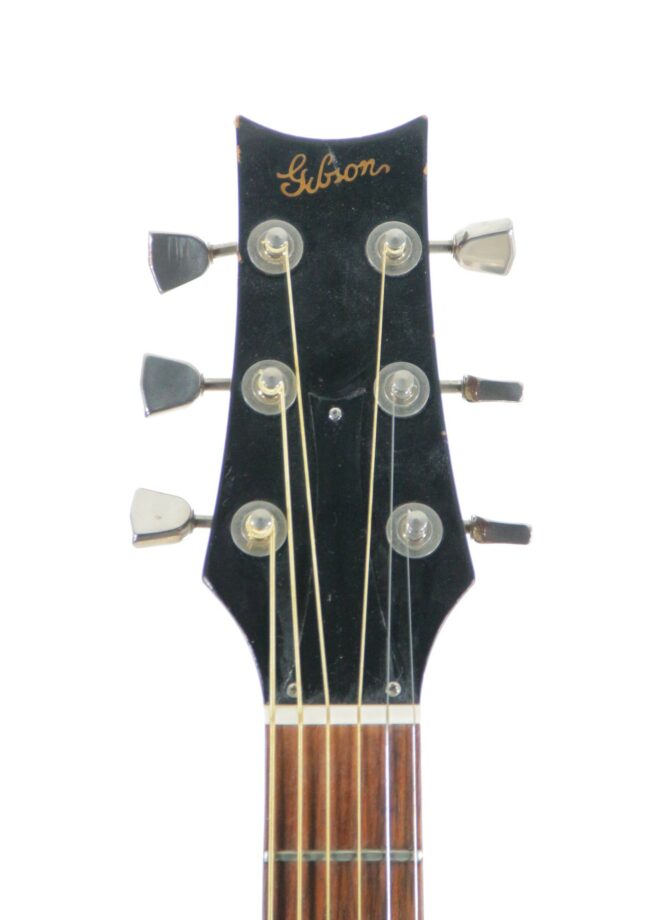 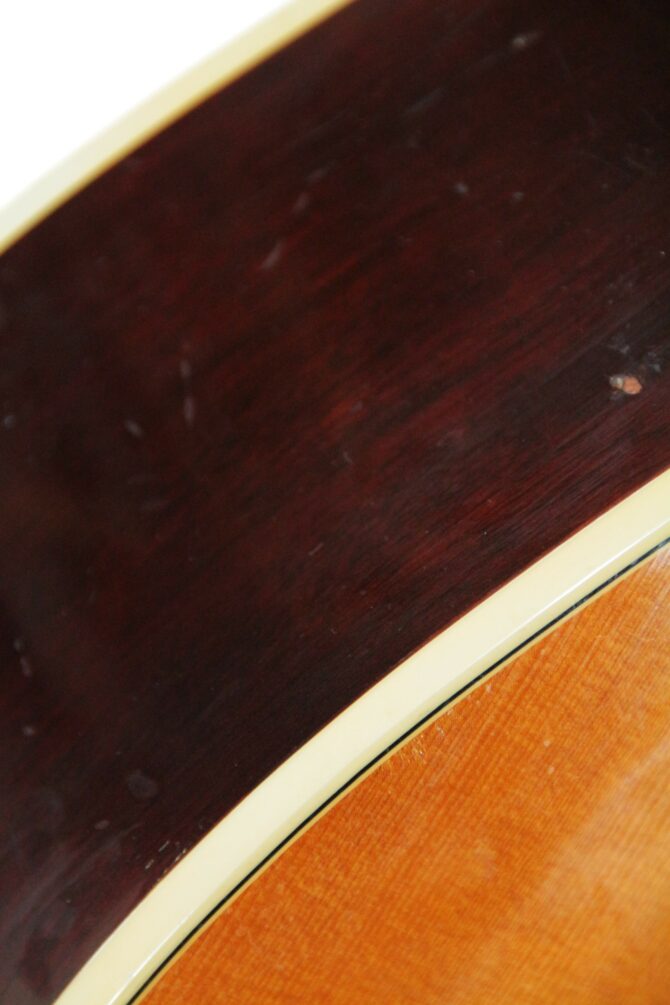 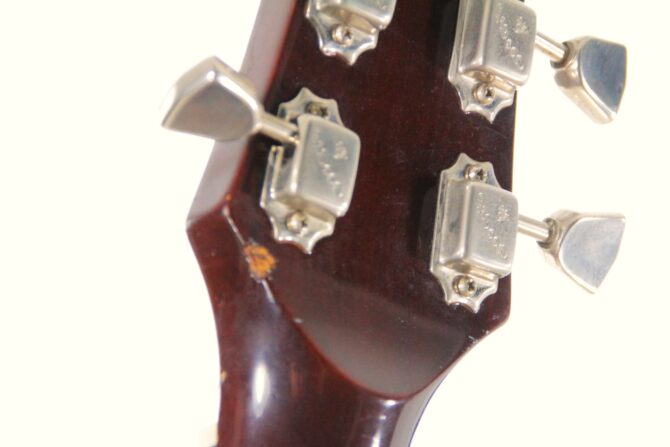 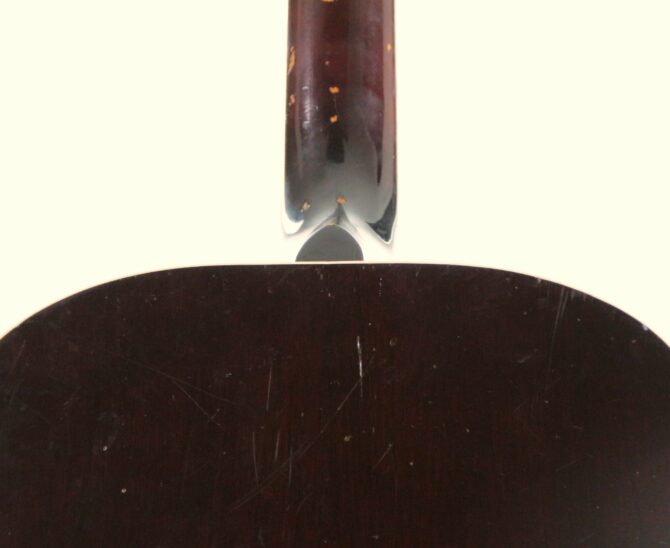 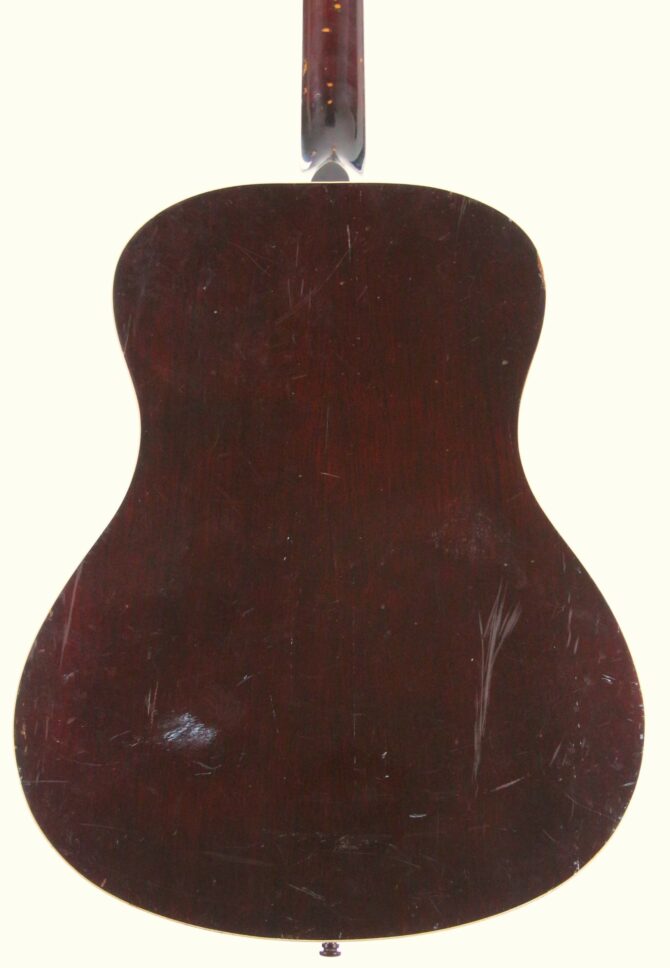 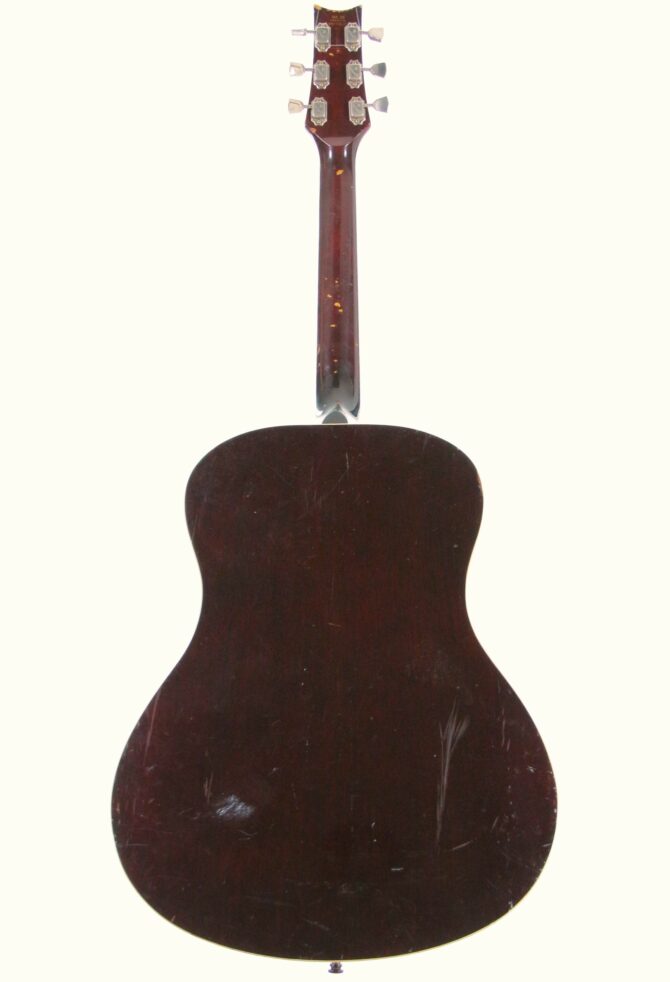 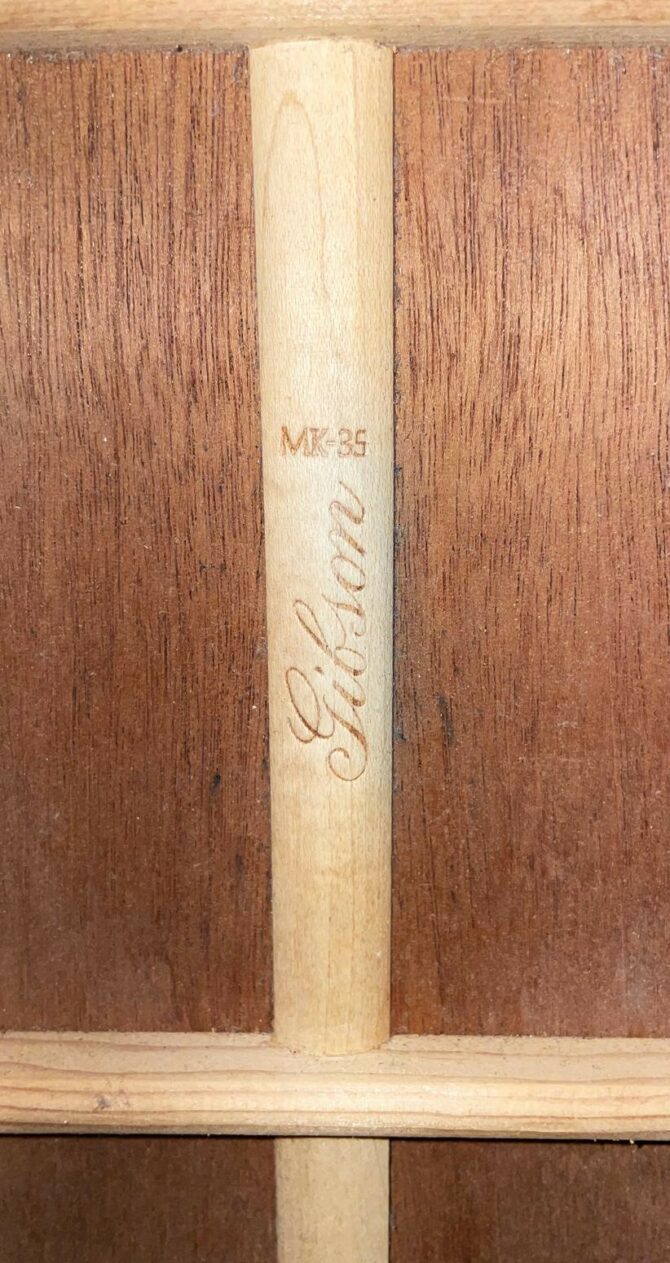 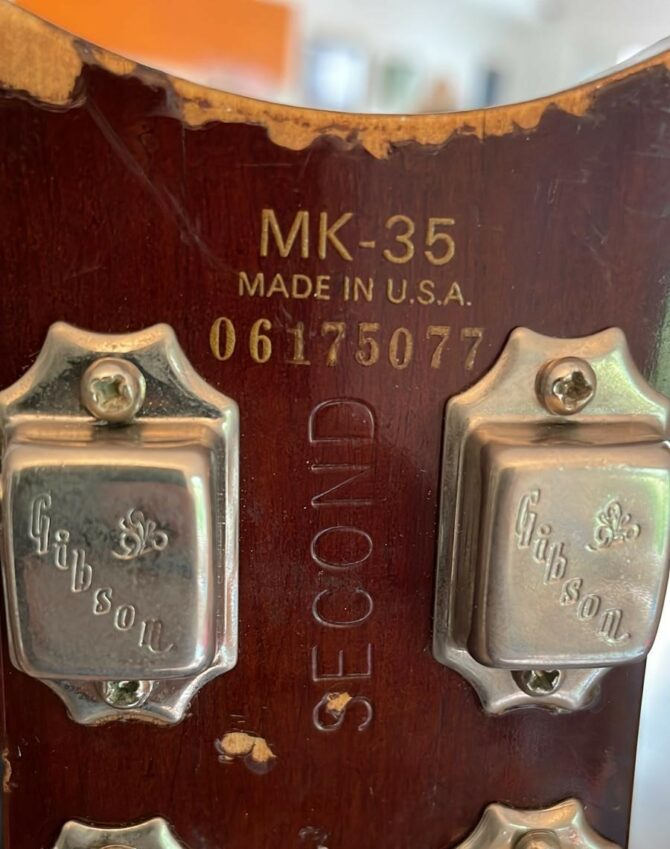 Rare Gibson MK-35 from 1977 – acoustic guitar in natural finish. The instrument is in players grade condition and has quite some amount of wear from play and use.

The MK-35 guitars had a 16 3/16-inch wide body and were narrower at the waist than a normal dreadnought. Some innovative features offered with the Mark series were a modified fan-pattern bracing style, an asymmetrical bridge and interchangeable saddles.

Tonally, it has a rich sound, lending itself to bluesy fingerpicking, although it’s very versatile, handling strumming very well, and has plenty of bite when soloing. The neck feels great and with the low action it plays like butter.

It has a spruce top and a mahogany body with a medium-sized maple neck. The MK-35 series with their Gibson – “unlike” headstock was very inovative for their time.