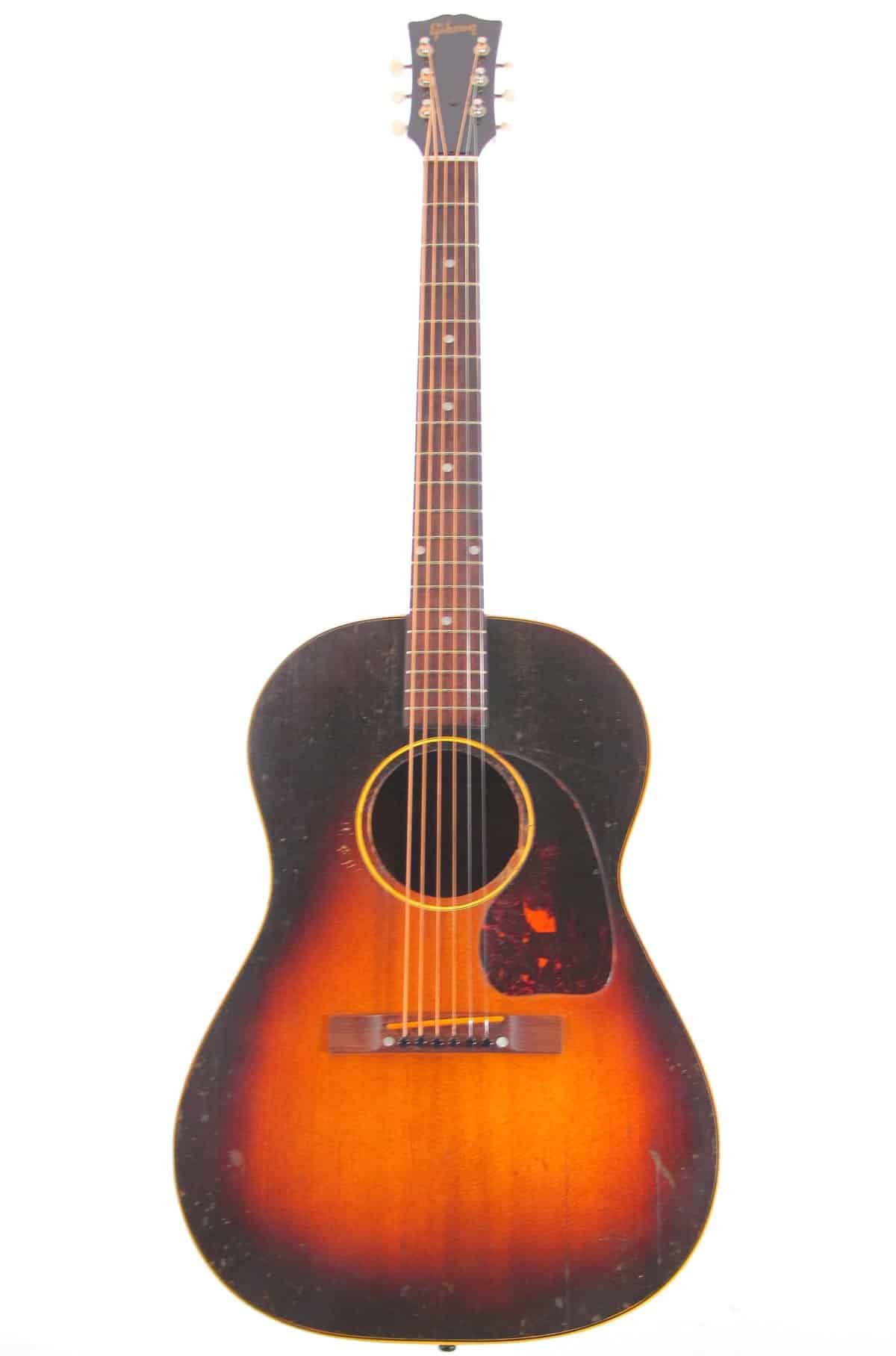 This 1954 Gibson LG-2 has that wonderful sunburst that Gibson did so well in the 50’s, with a nice tortoiseshell pickguard, the sunburst is still deep, and the amber center has a real glow to it – very eye catching.

The outstanding thing on this one is, that Gibson used Adirondack spruce for the top. Insiders know exactly what that means and what difference that makes.

It has a rich sound and it is open and very loud. We had a lot of LG-2 guitars in the past and can honestly say, that this one sounds round, open and woody – absolutely the best Gibson vintage tone you can imagine.
Lending itself to bluesy fingerpicking, although it’s very versatile, handling strumming very well and has plenty of bite when soloing. The neck feels great, quite chunky, and the action is very comfortable.

The guitar’s in good condition, just the right amount of playwear so you know it has been played enough for the tone to mature over the last 68 years, but clean enough to tell you it’s been well looked after.

There are some cracks repaired on it, but everything is 100% stable. The tuners are newer ones.