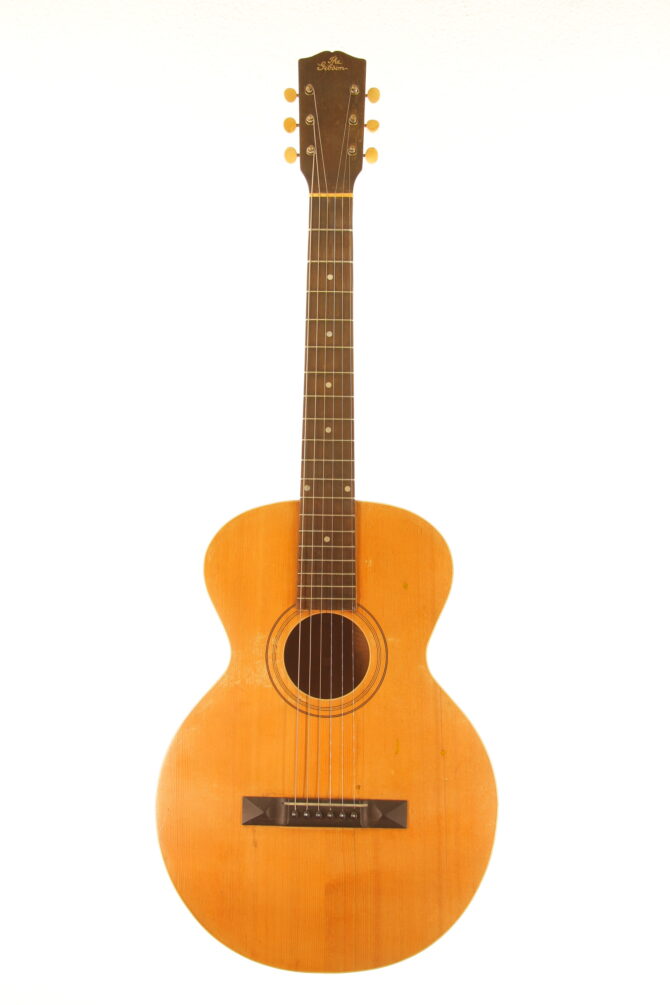 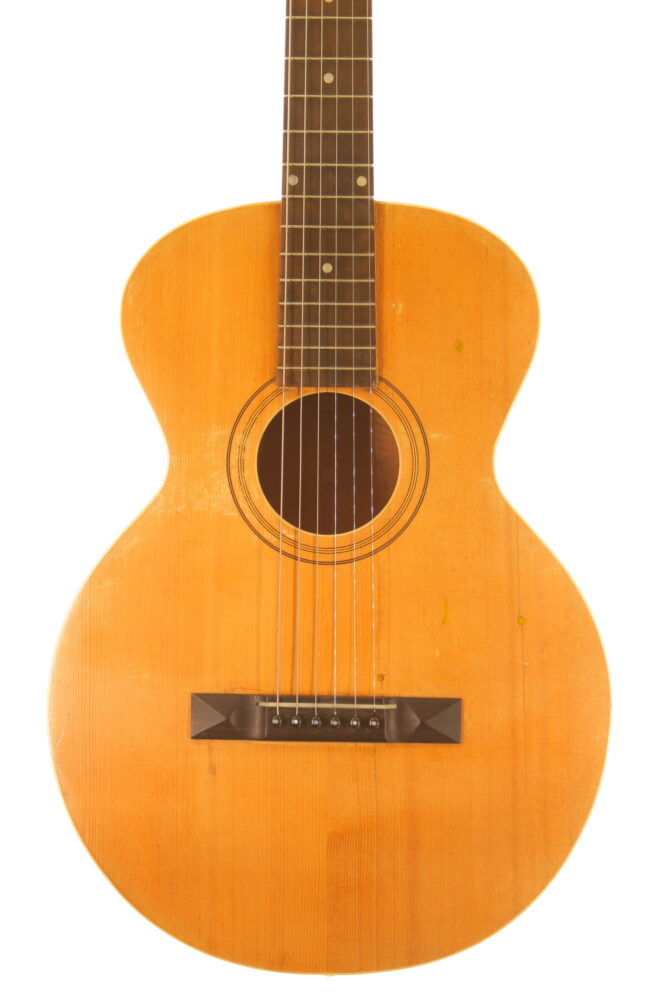 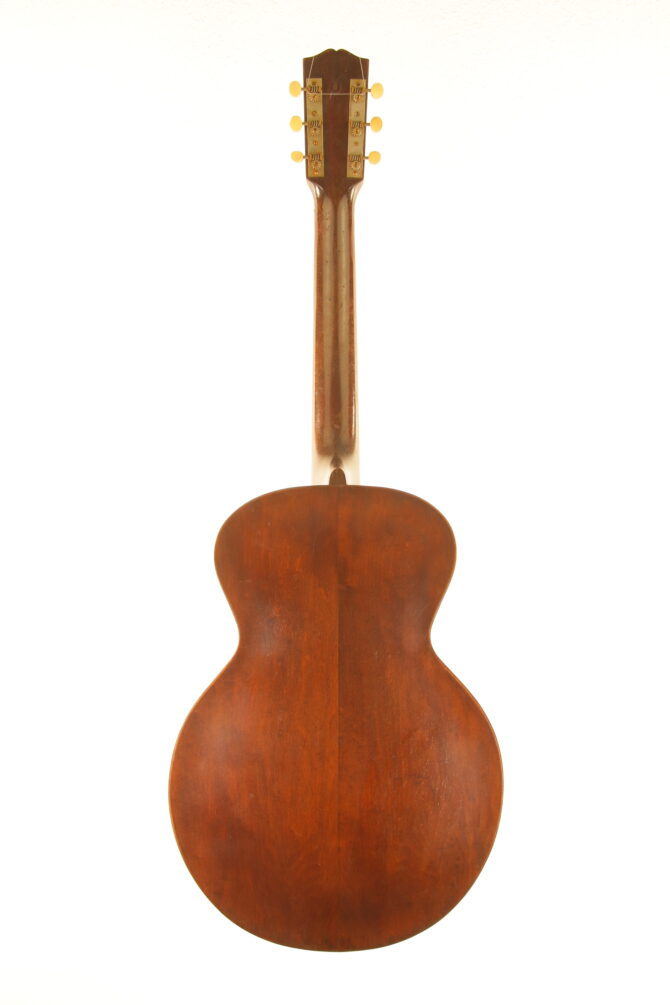 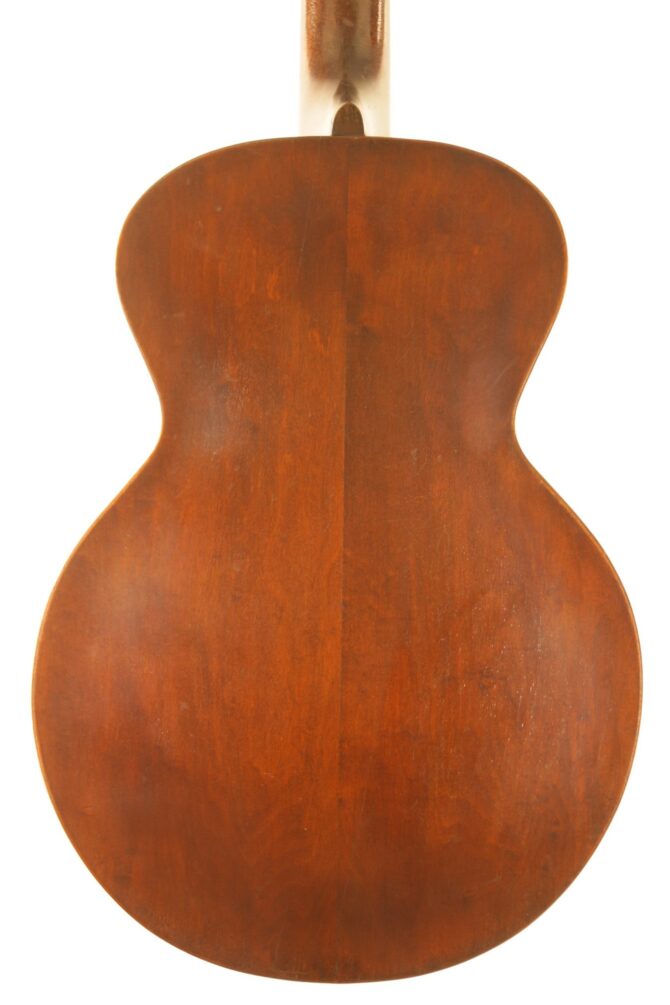 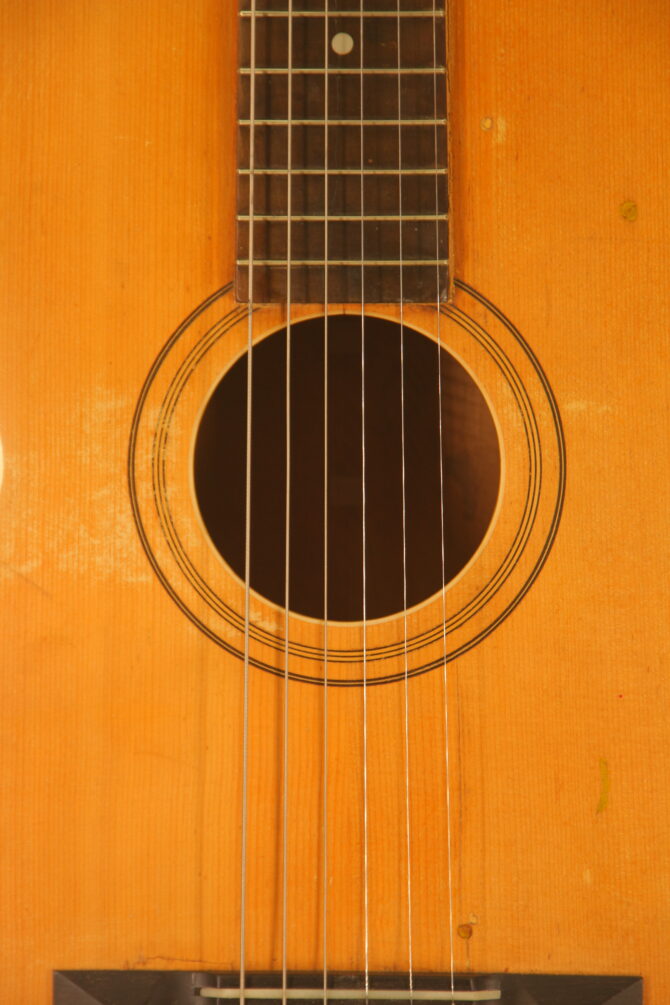 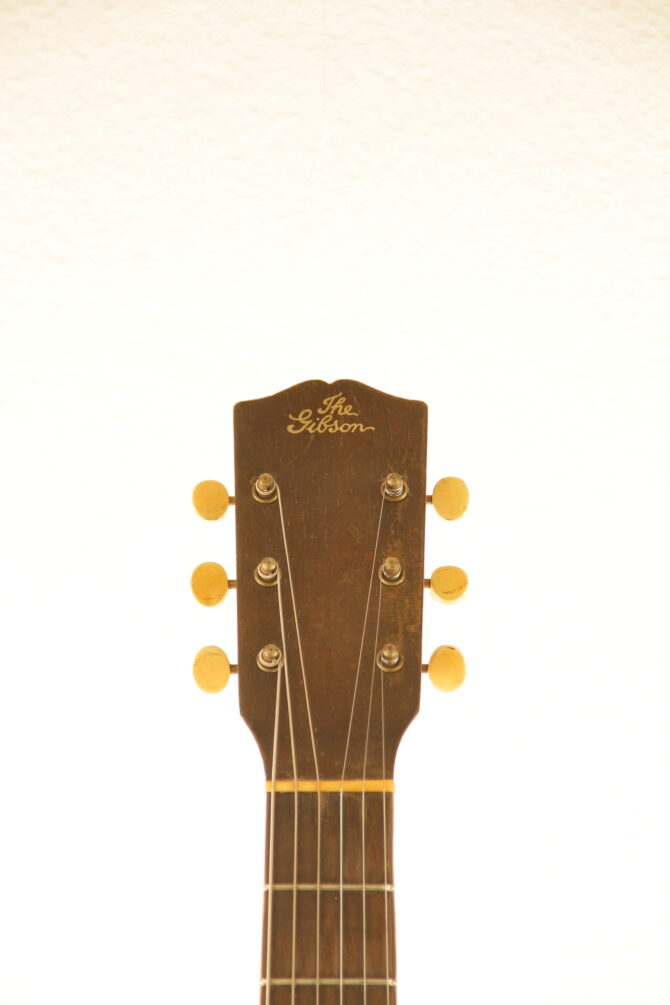 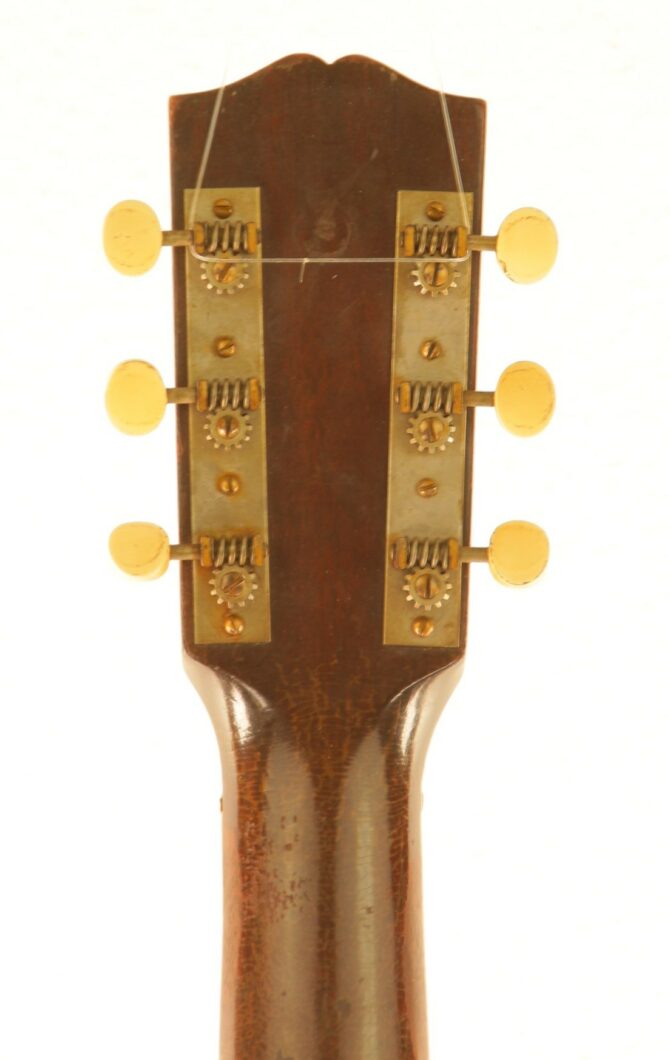 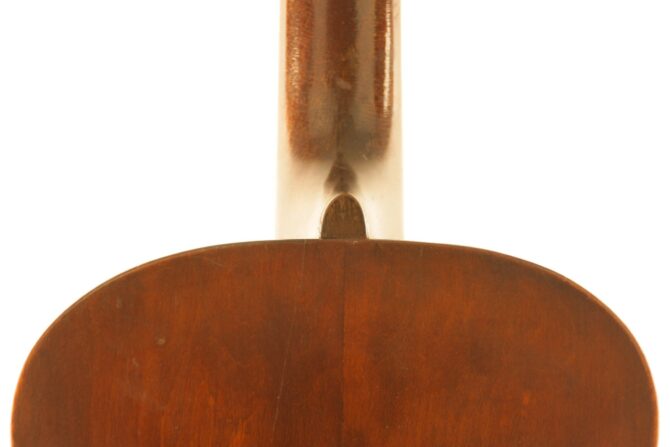 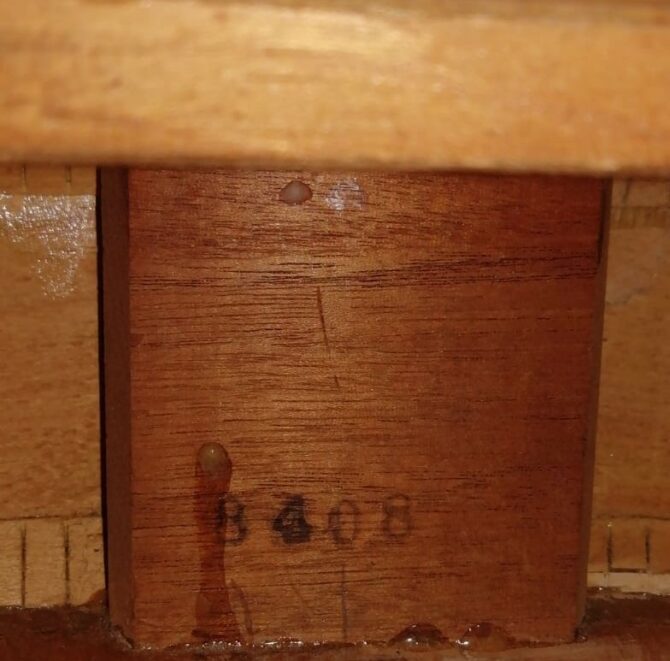 Here we have a beautiful 1926 Gibson L-1, which also has the sought-after arched back (only made in 1926).
In 1926 this guitar was presented for the first time as a “flattop guitar”, after it had caused a lot of enthusiasm among guitarists many years before as an archtop guitar.

Guitarists like Nick Lucas and Robert Johnson made music history with the L-1 and it was Gibson’s number one model at the time.

This L-1 sounds fantastic… woody, dry, bluesy. The mahogany back and sides give the guitar a magical tone. The beautiful spruce top produces the most beautiful timbres you can imagine.

This guitar was completely restored a few years ago. Several cracks were glued. Care was taken to leave the guitar in its original condition with the original sound. The finish is fine and the “old sound” comes along perfectly.

The guitar is very playable with a low action and a straight neck.

It comes in a not original but old guitar case.