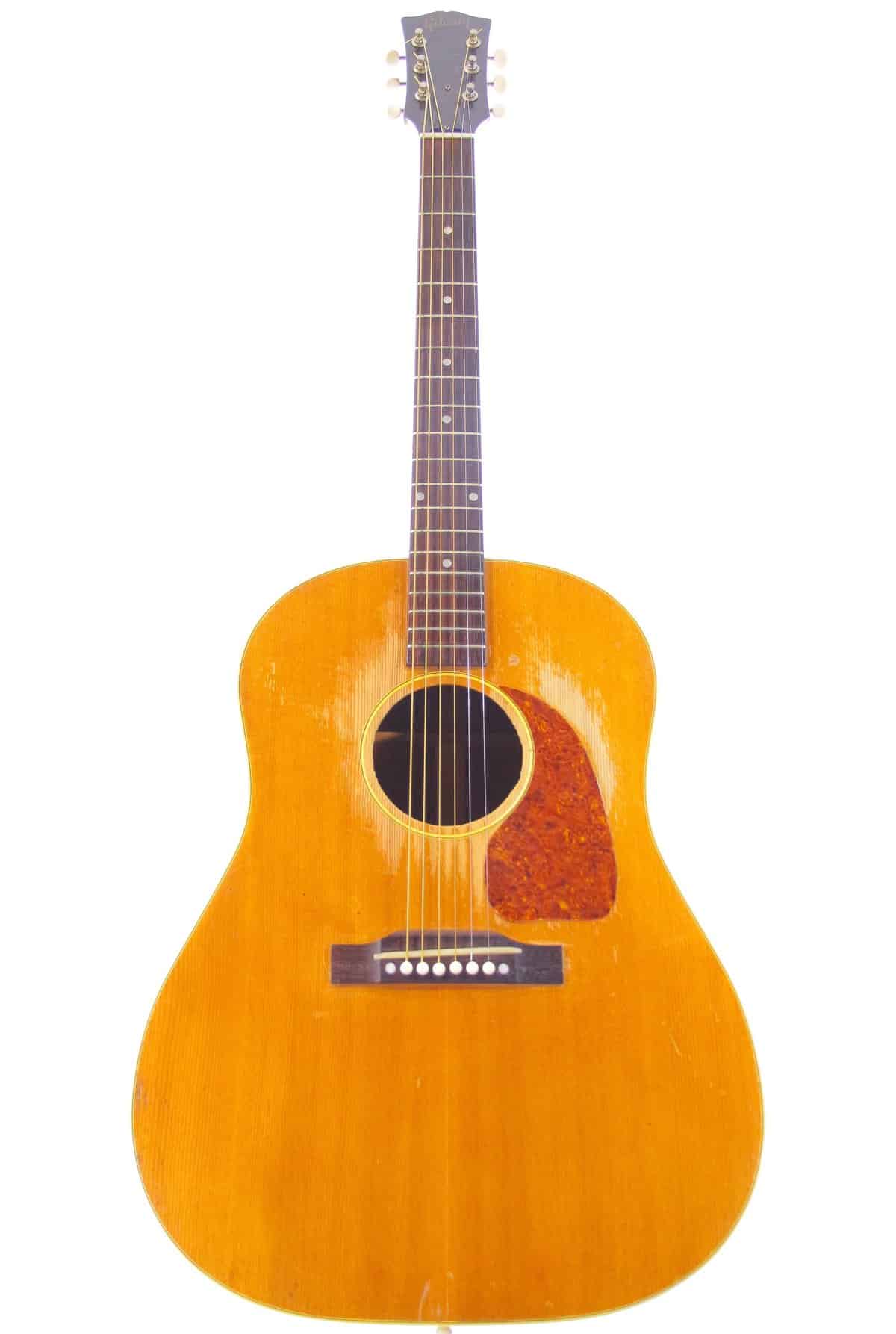 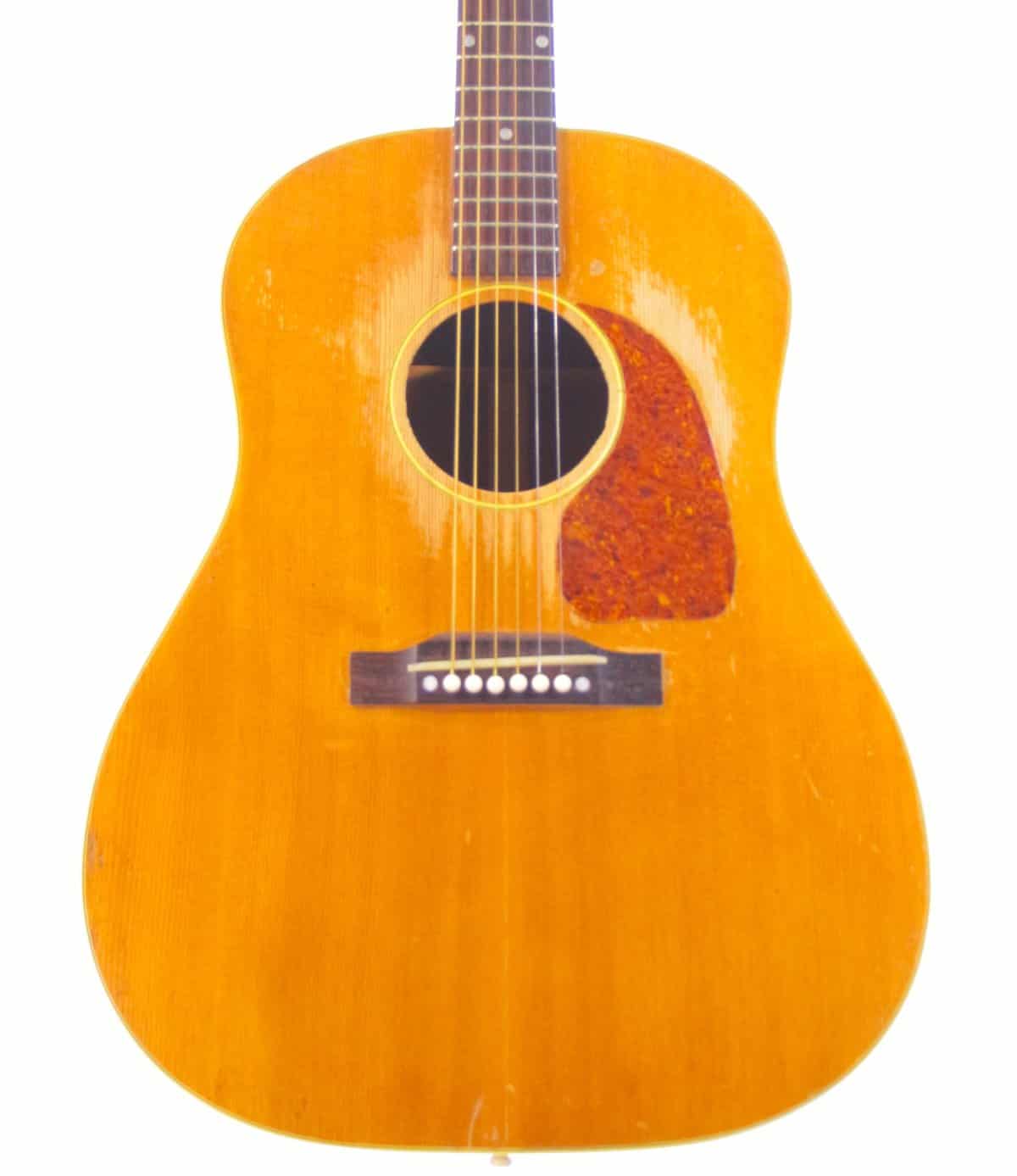 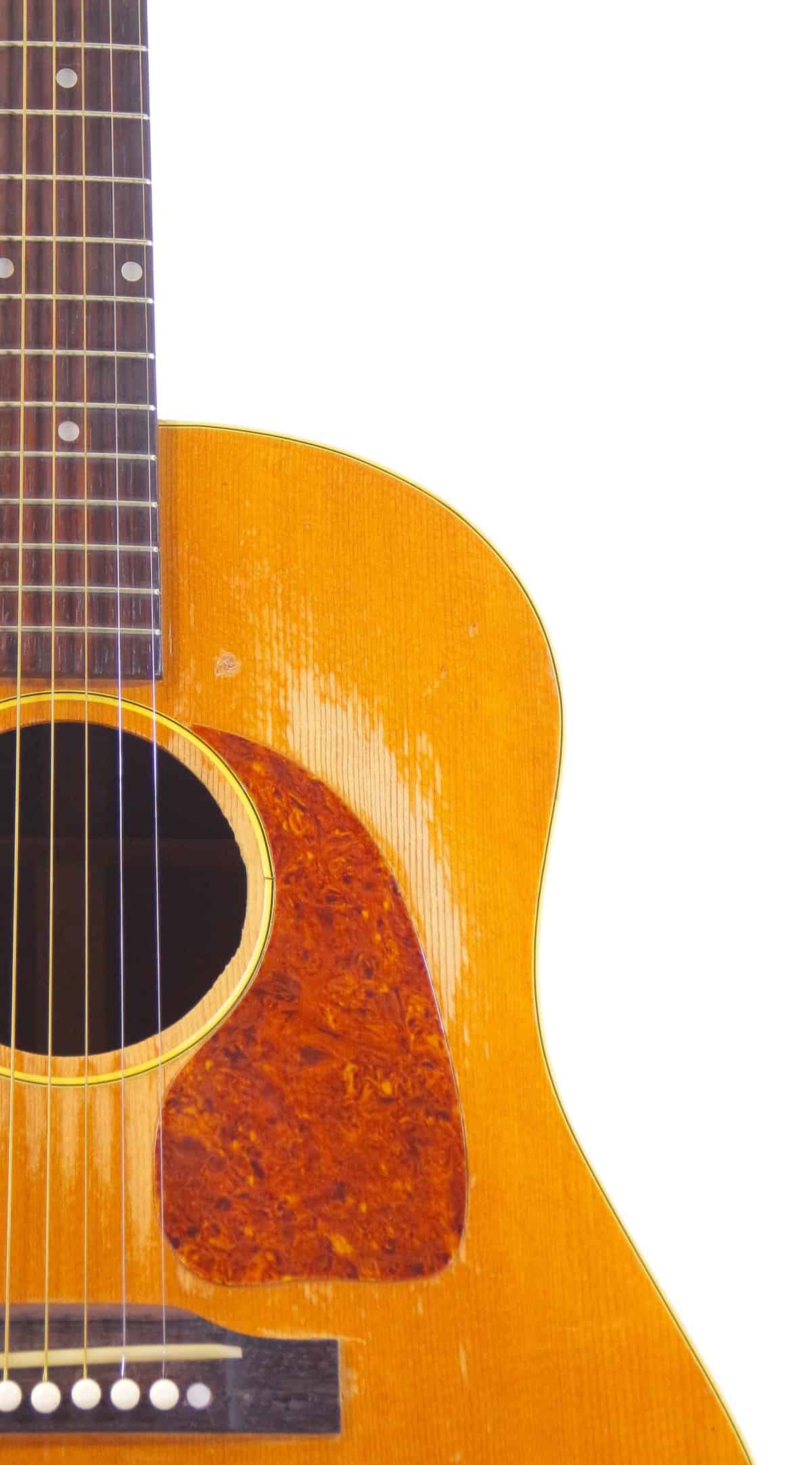 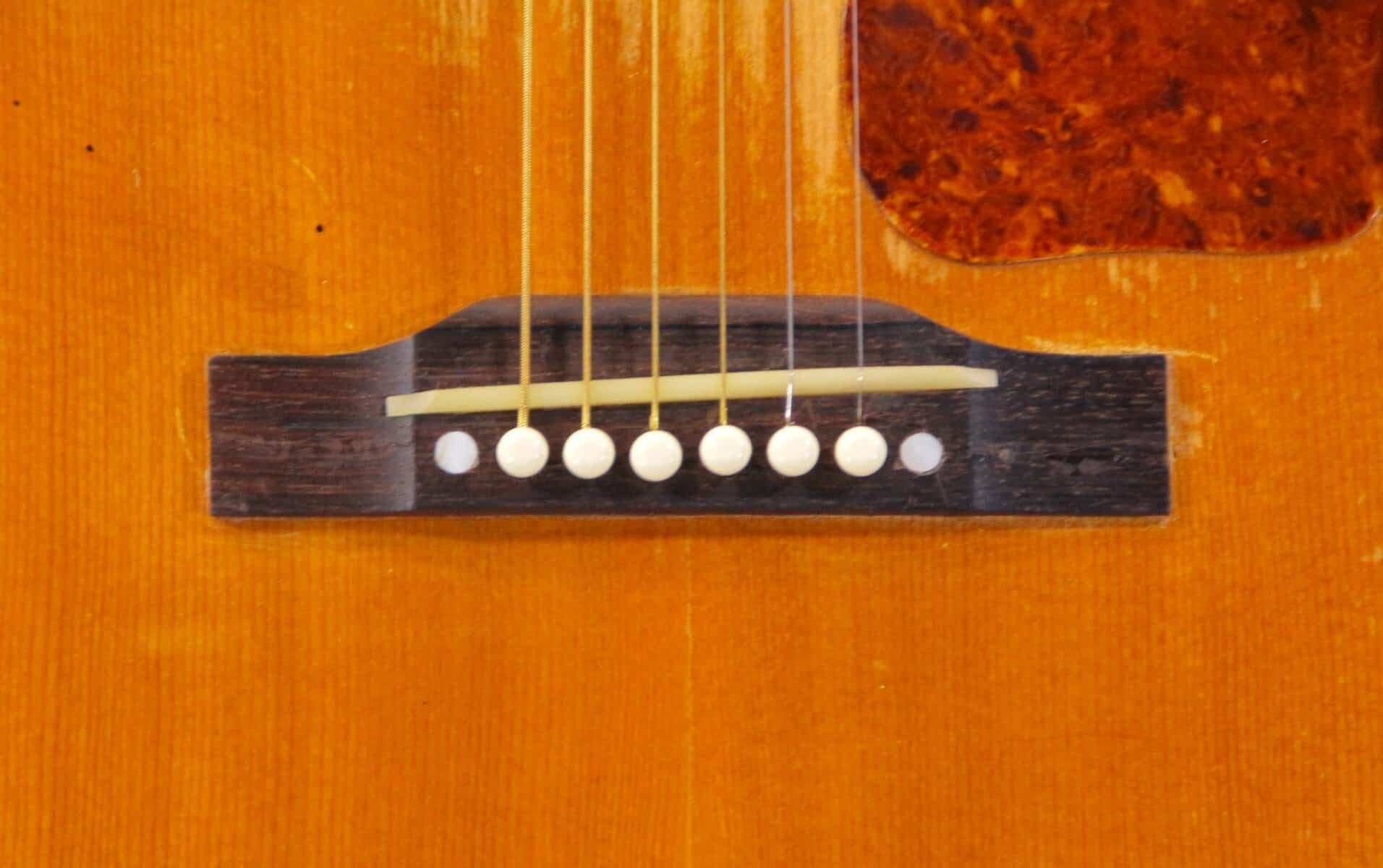 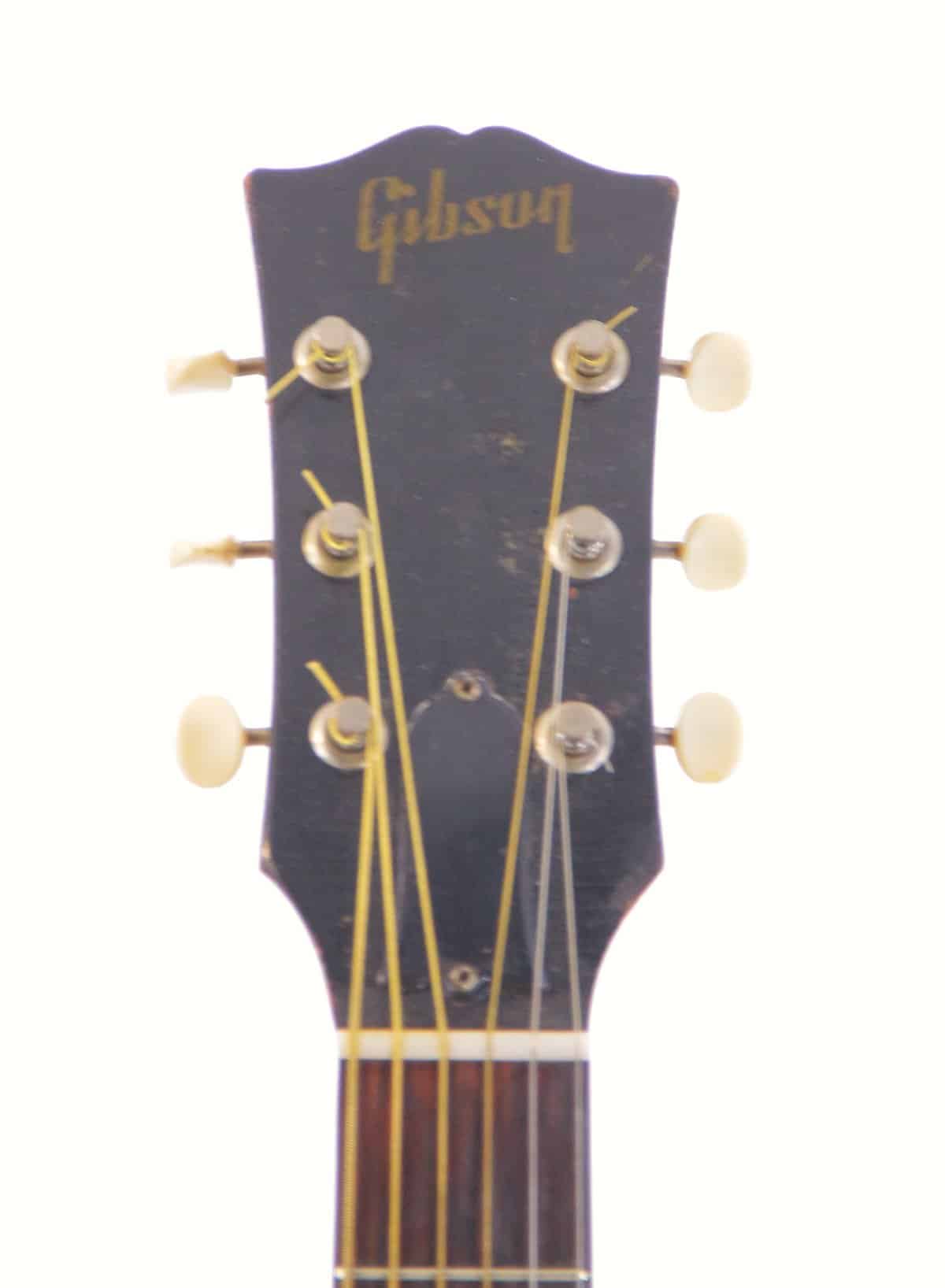 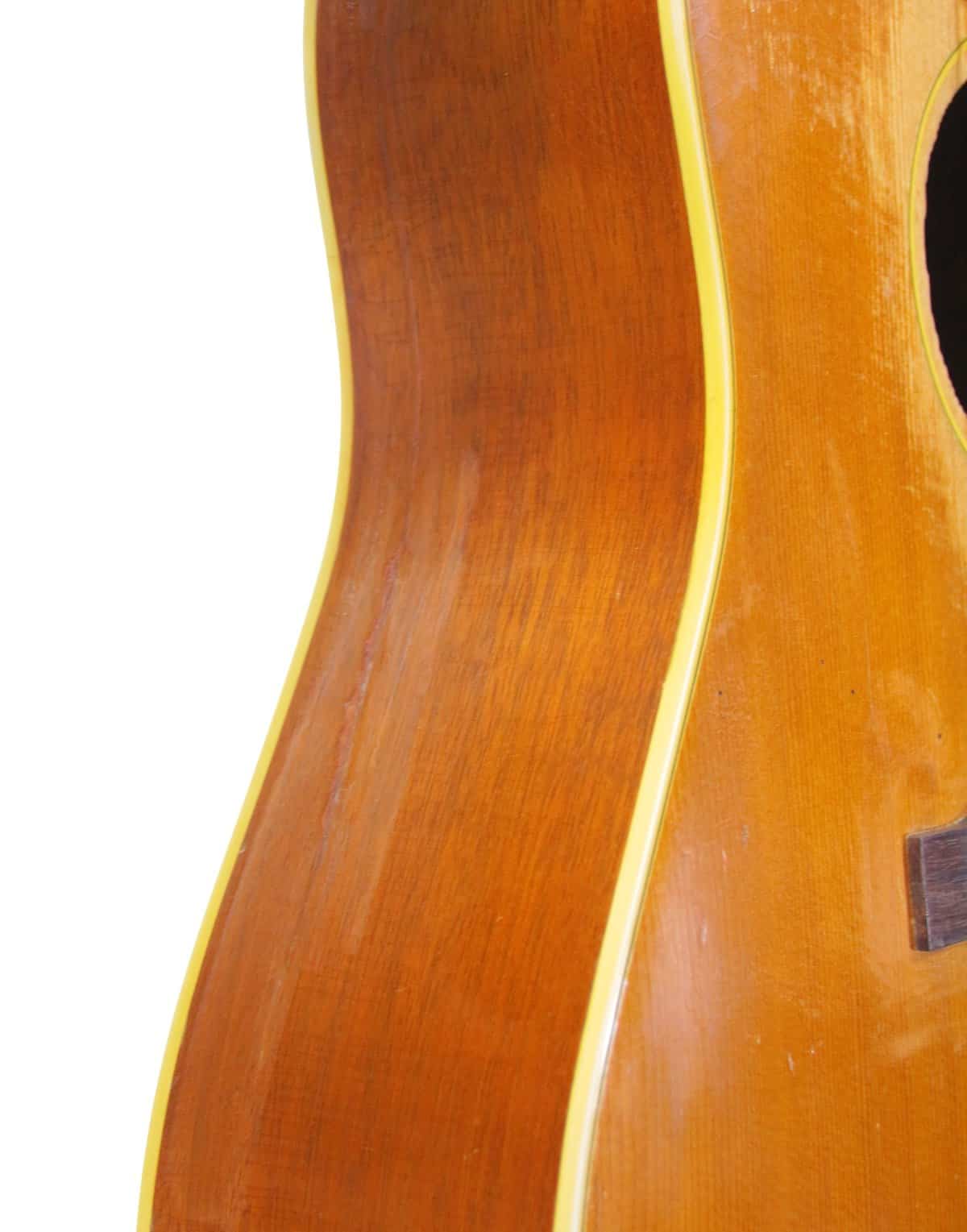 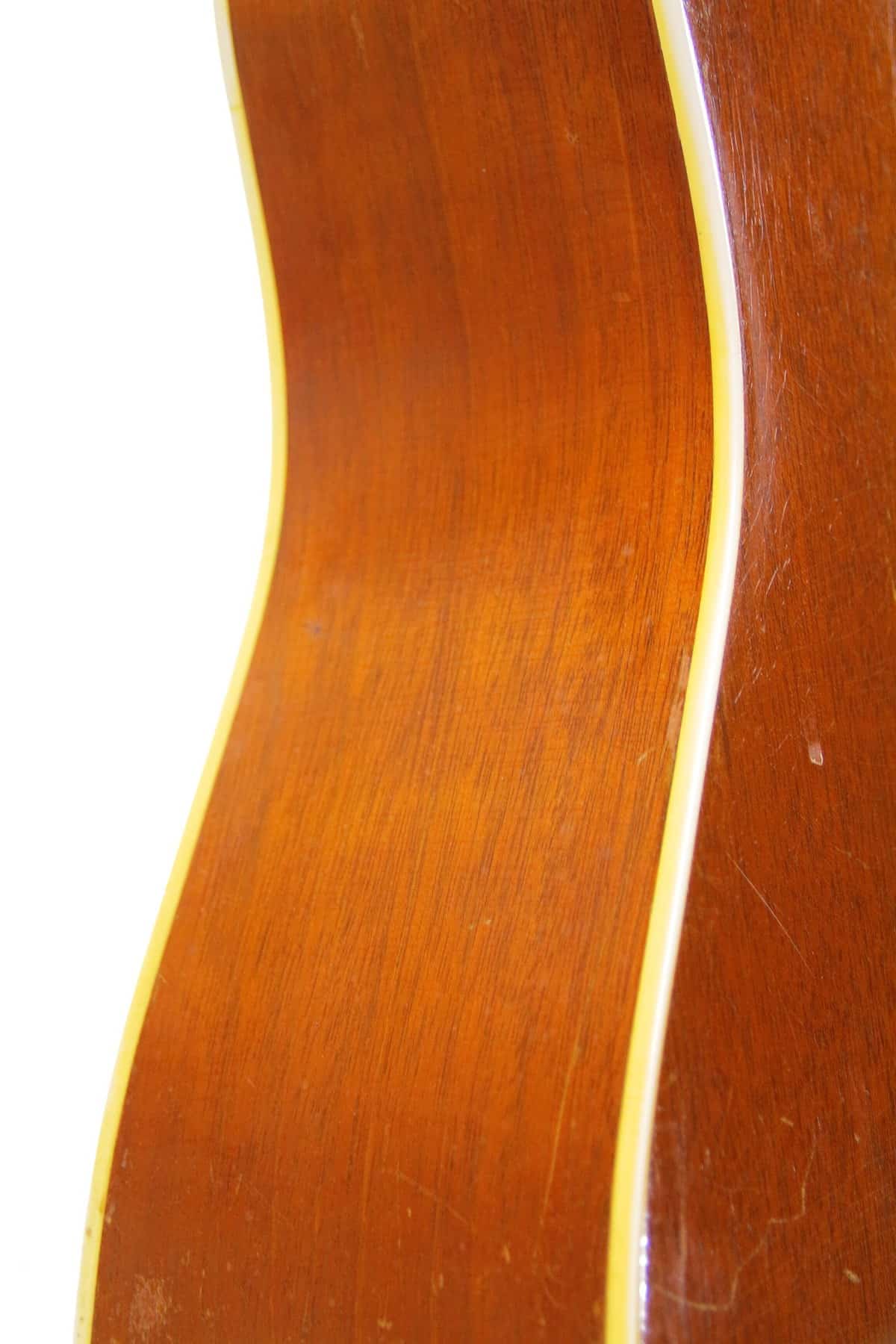 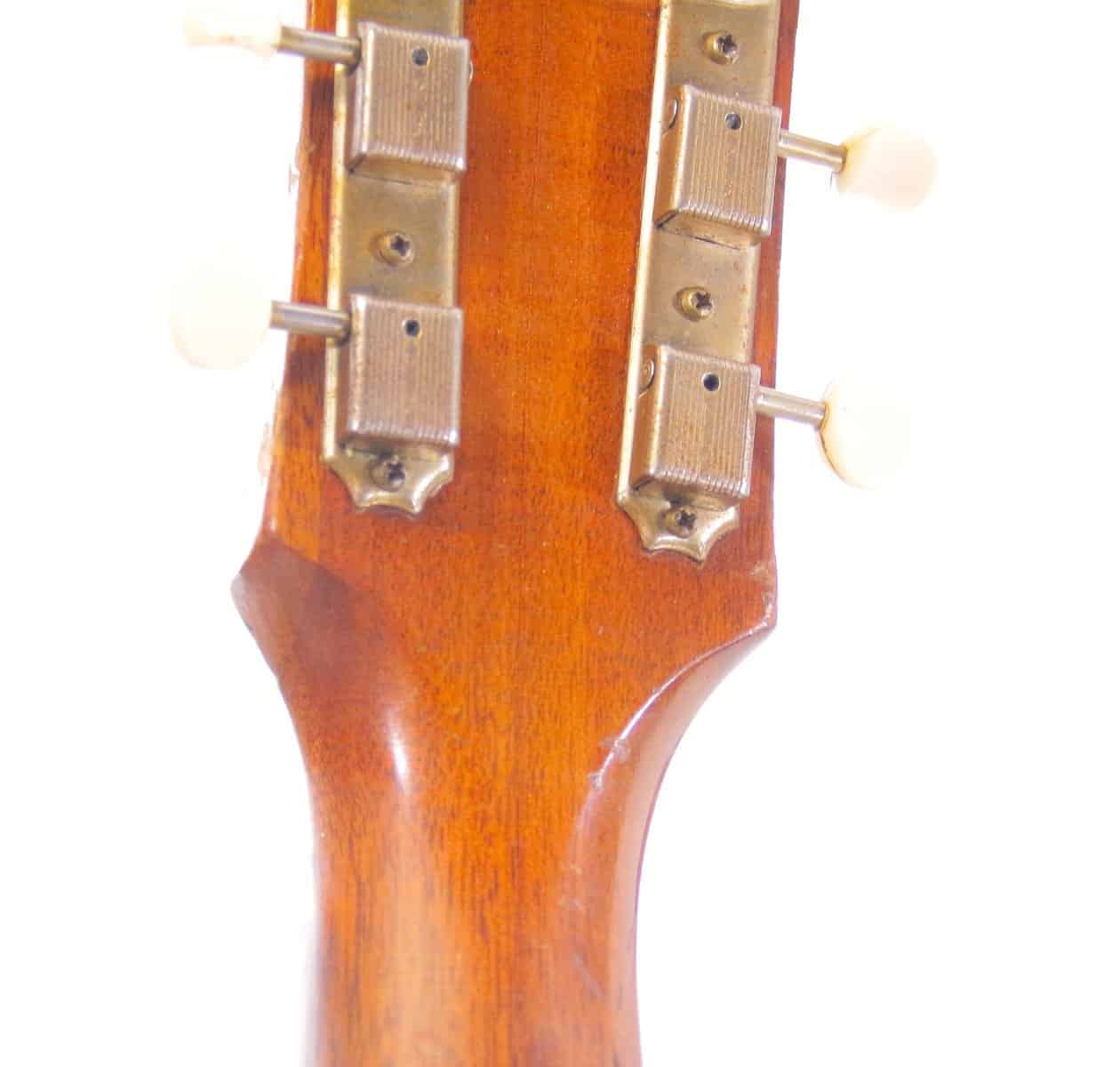 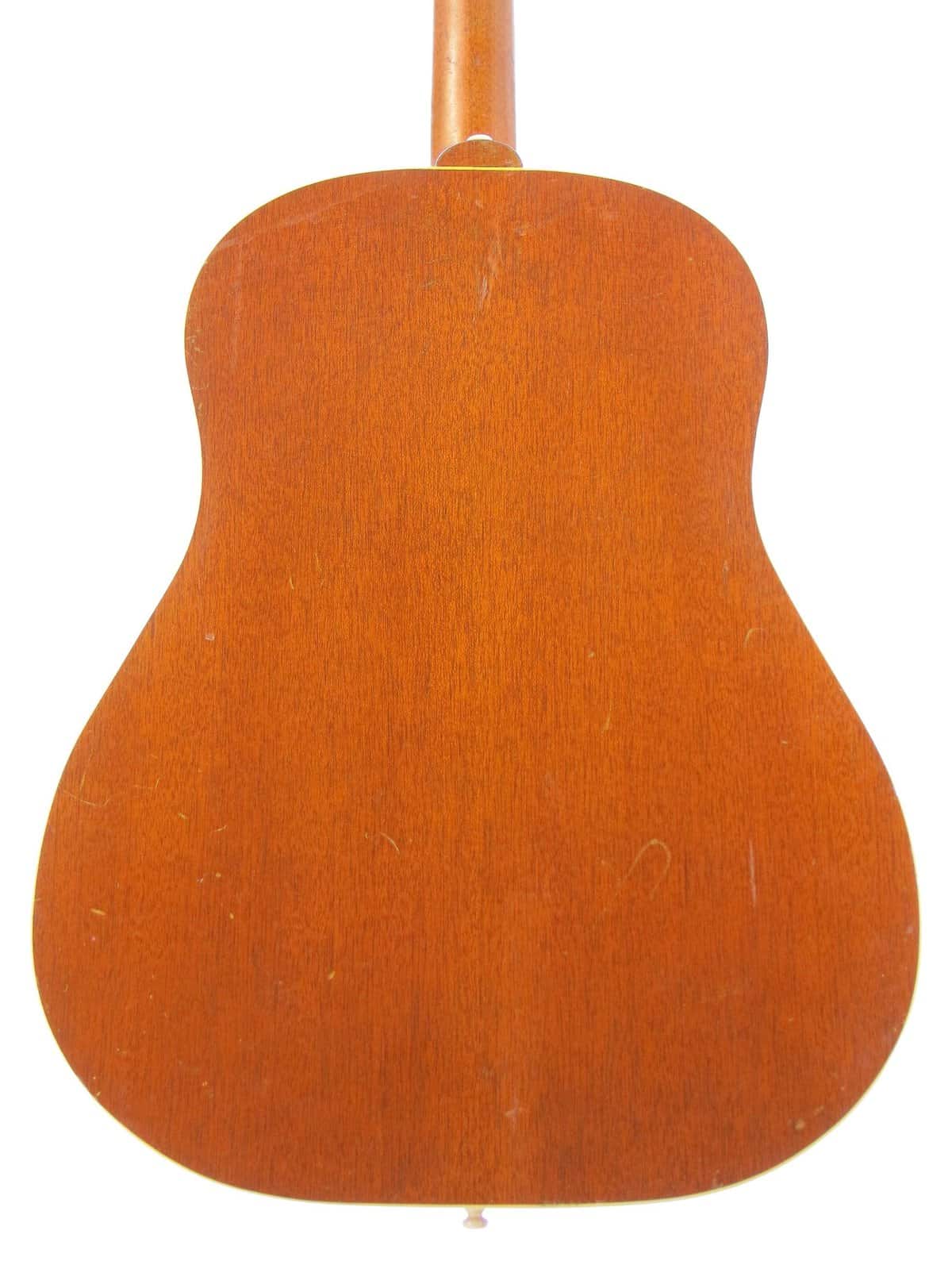 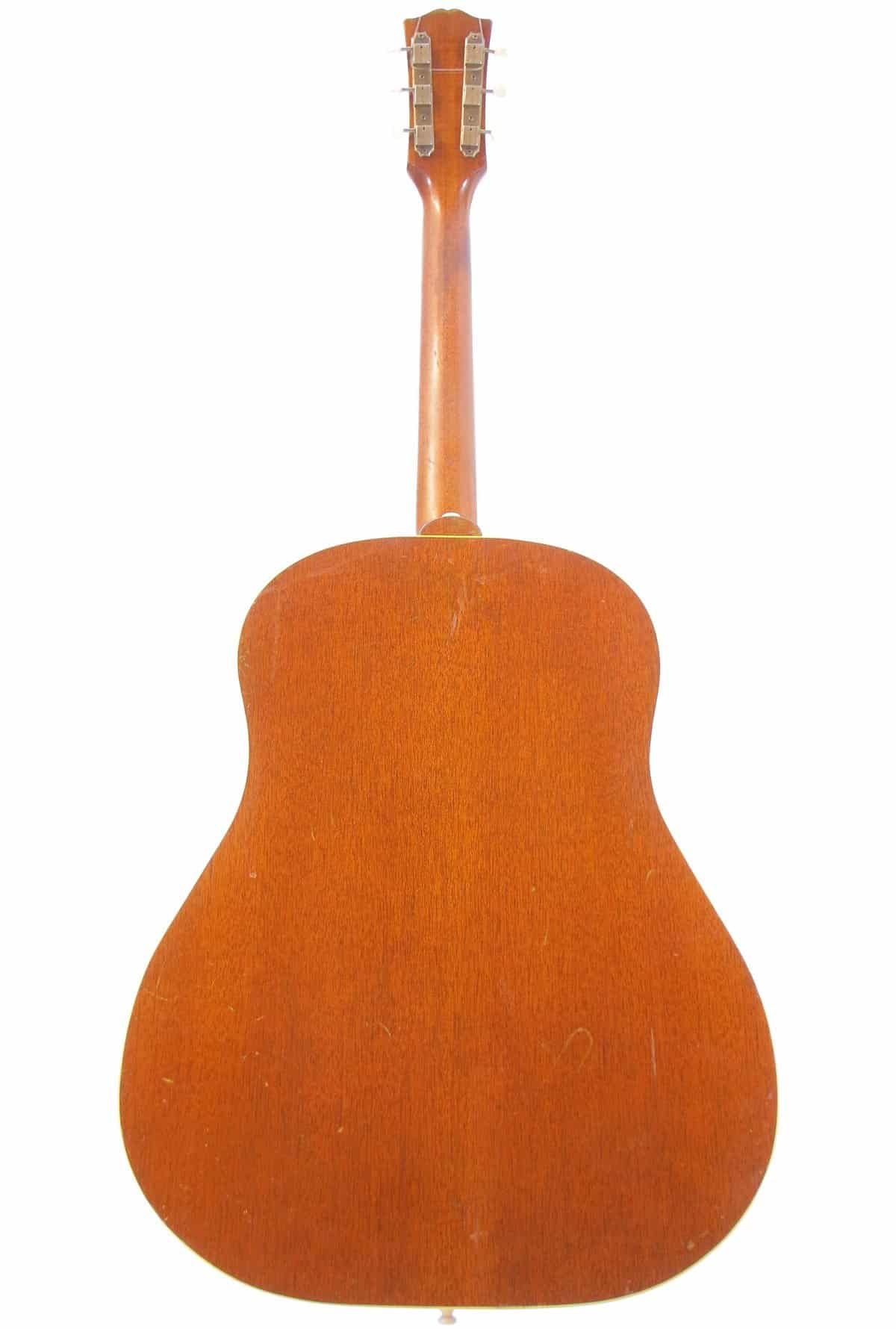 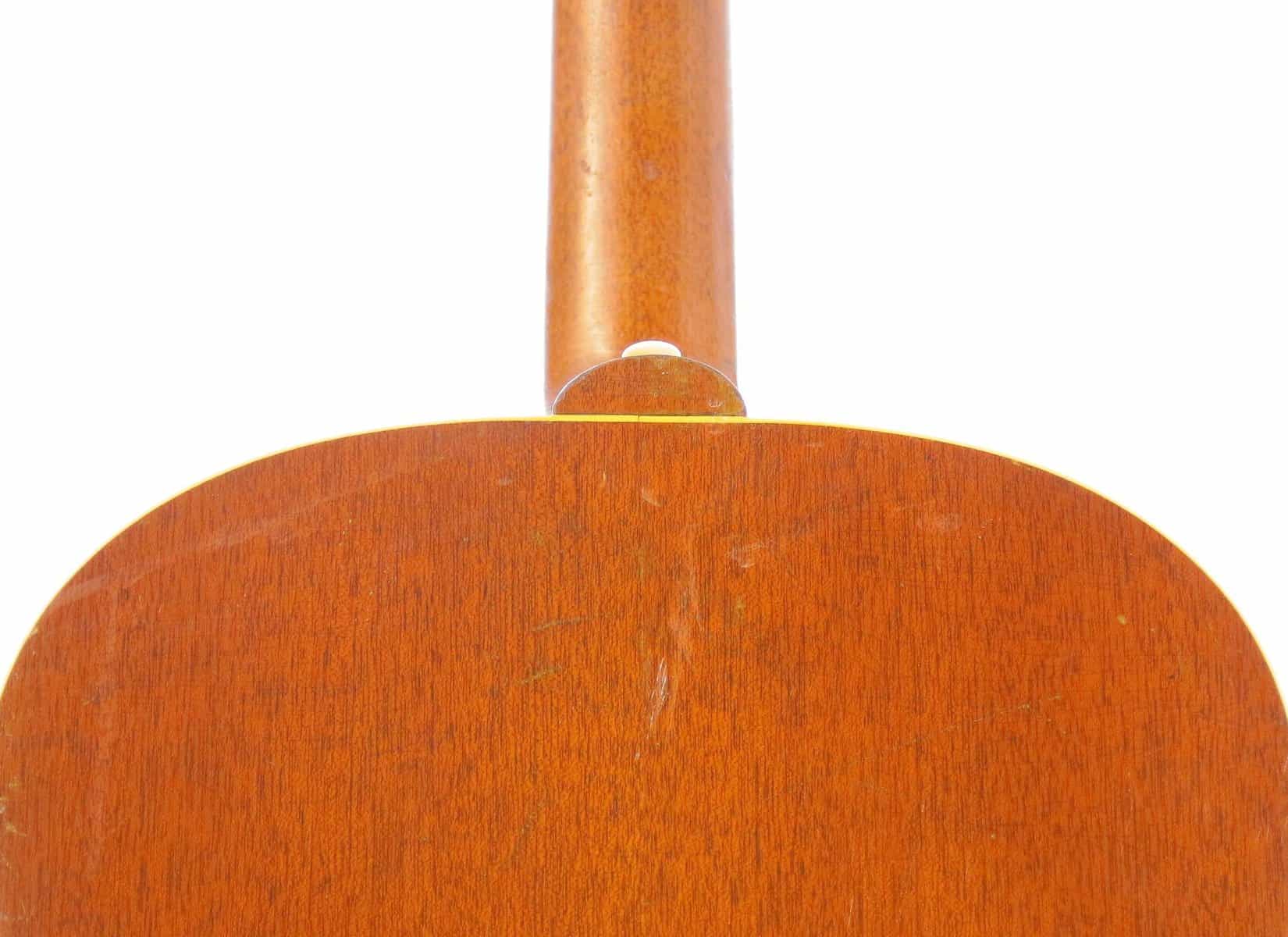 The Gibson J-50 features the same specifications as its sunburst sibling, the Gibson J-45. It is the so called workhorse among the Gibson guitar family – it will never let you down, always ready when you need it.

This Gibson J-50 1951 is a real gem with character in appearance and especially in sound. Here you get the ultimate vintage sound.
We personally like the sound of this Gibson because it has a very strong vintage touch. The sound is deep and the woods resonate just great. The basses have a lovely growling and it is the perfect guitar for recording, stage or personal use at home.

As you can see in the pictures the guitar has a very nice vintage look. It is in good condition and has just some repairs to the sides, which were well done.

It comes with an old Gibson case – probably original.