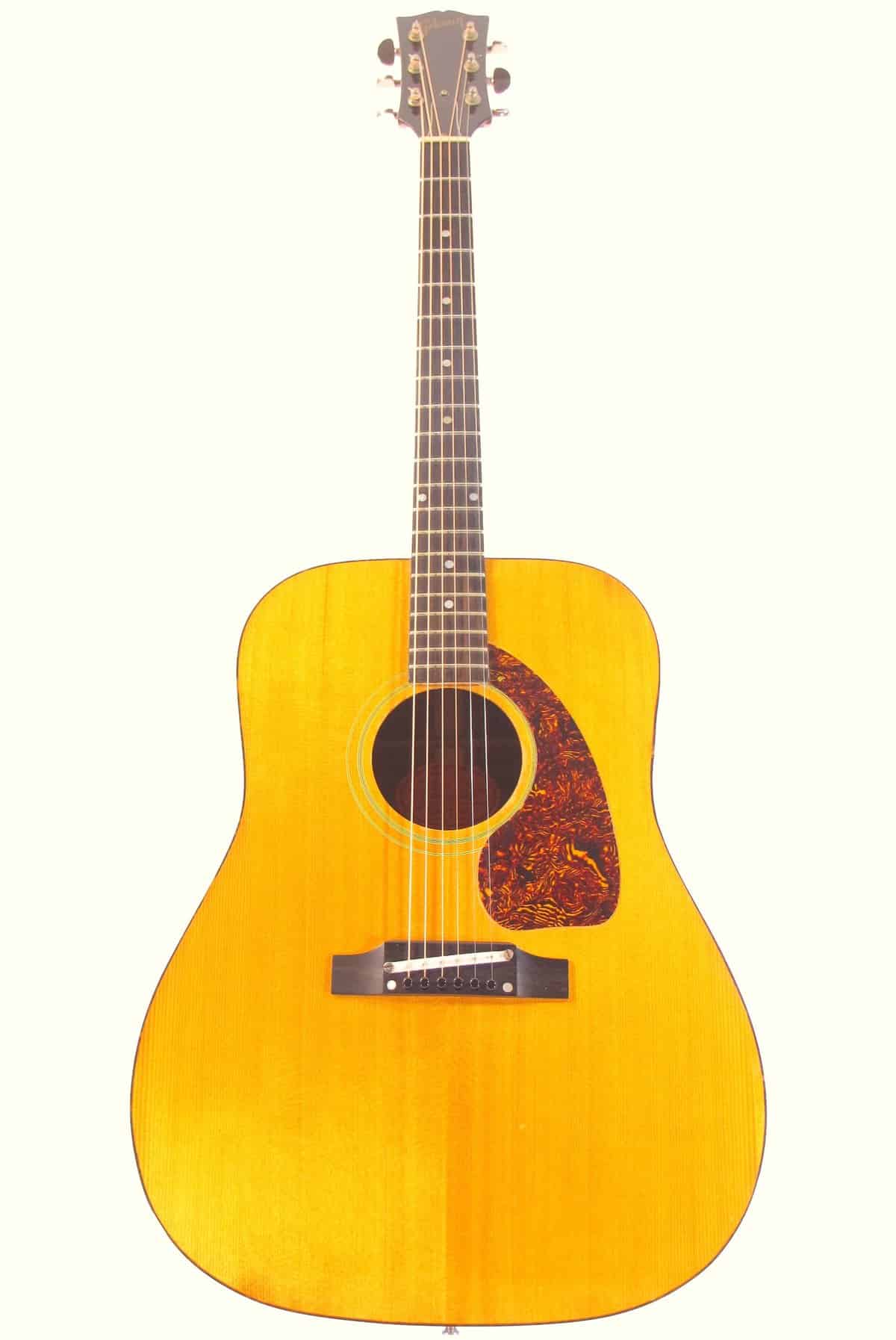 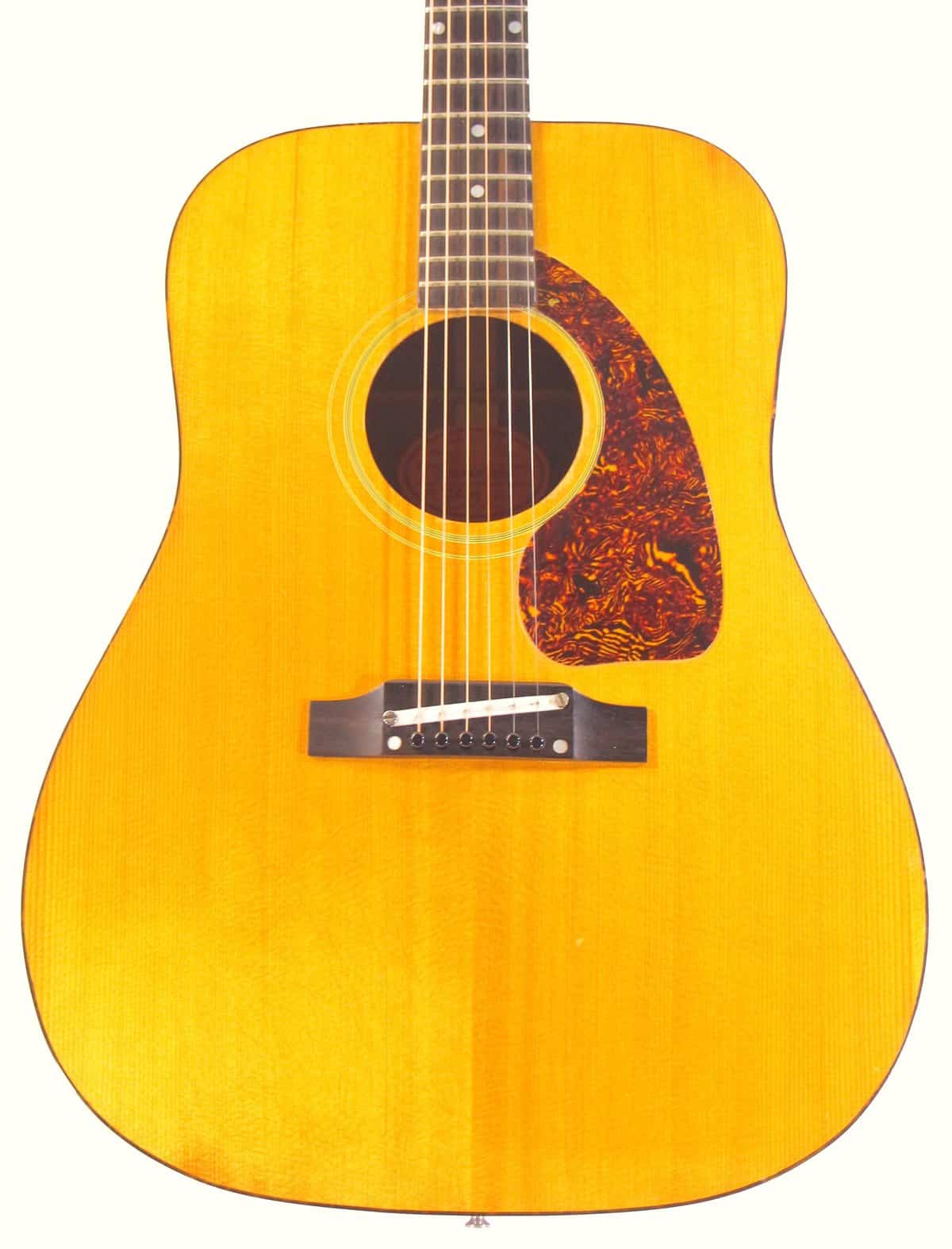 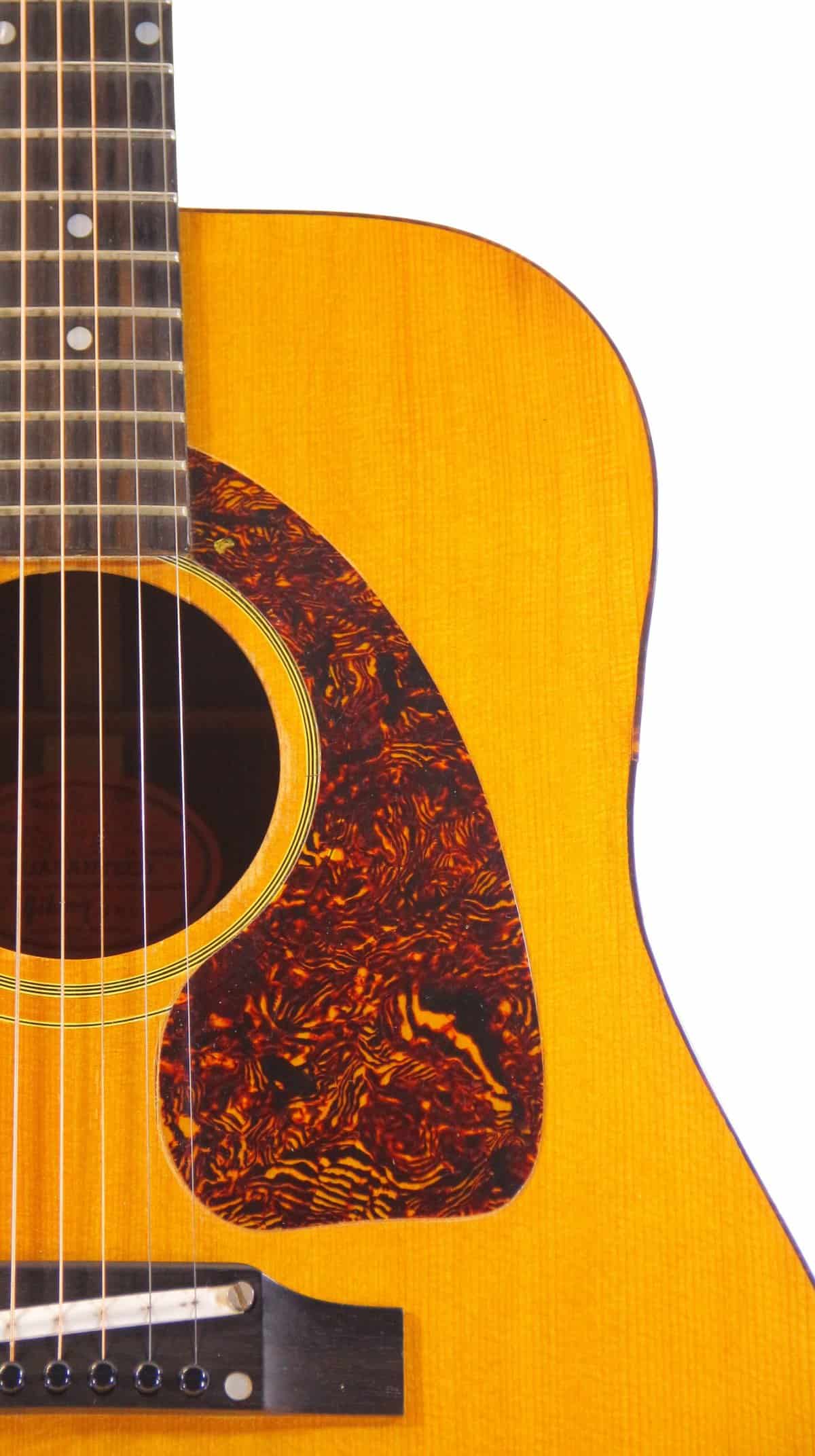 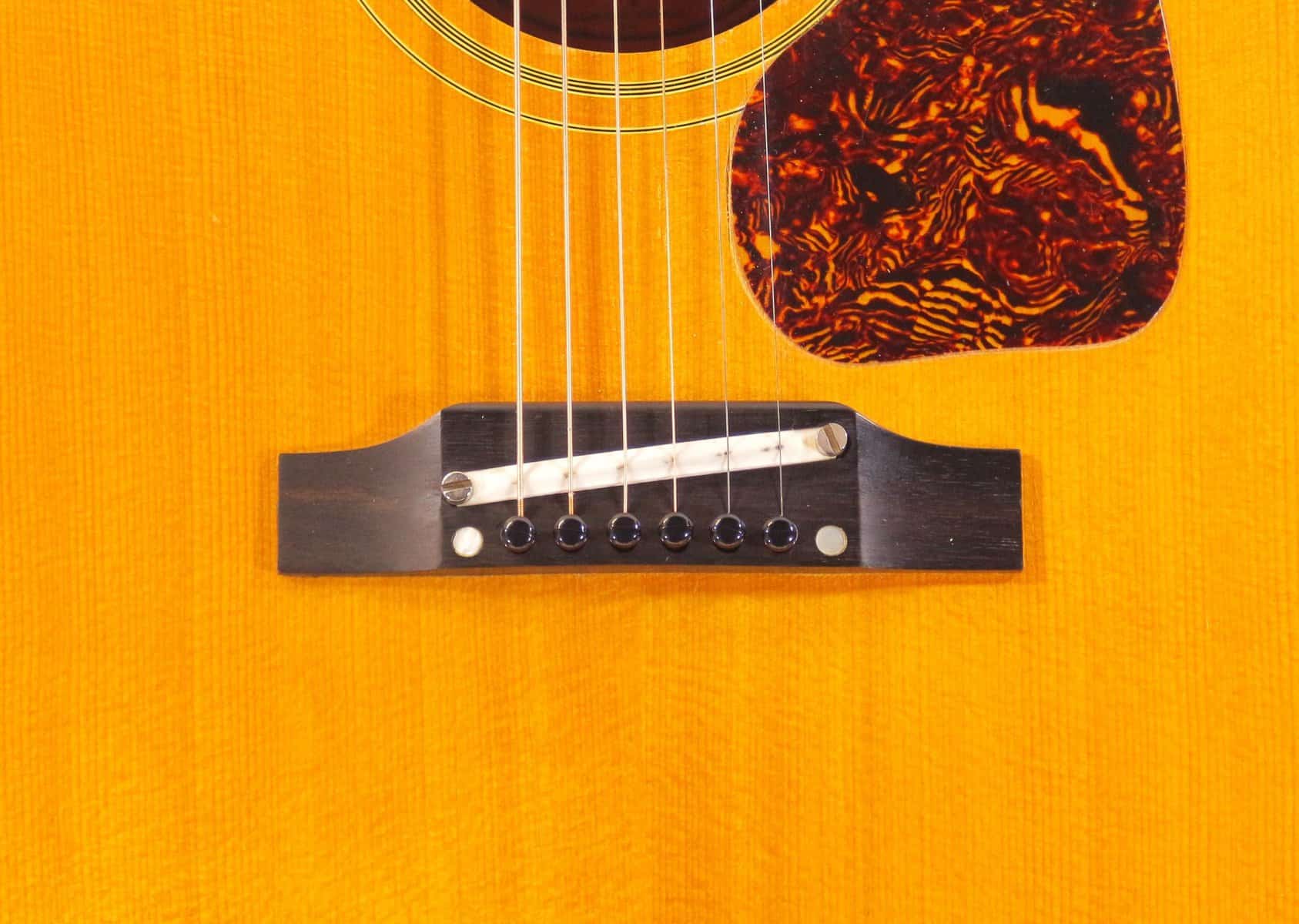 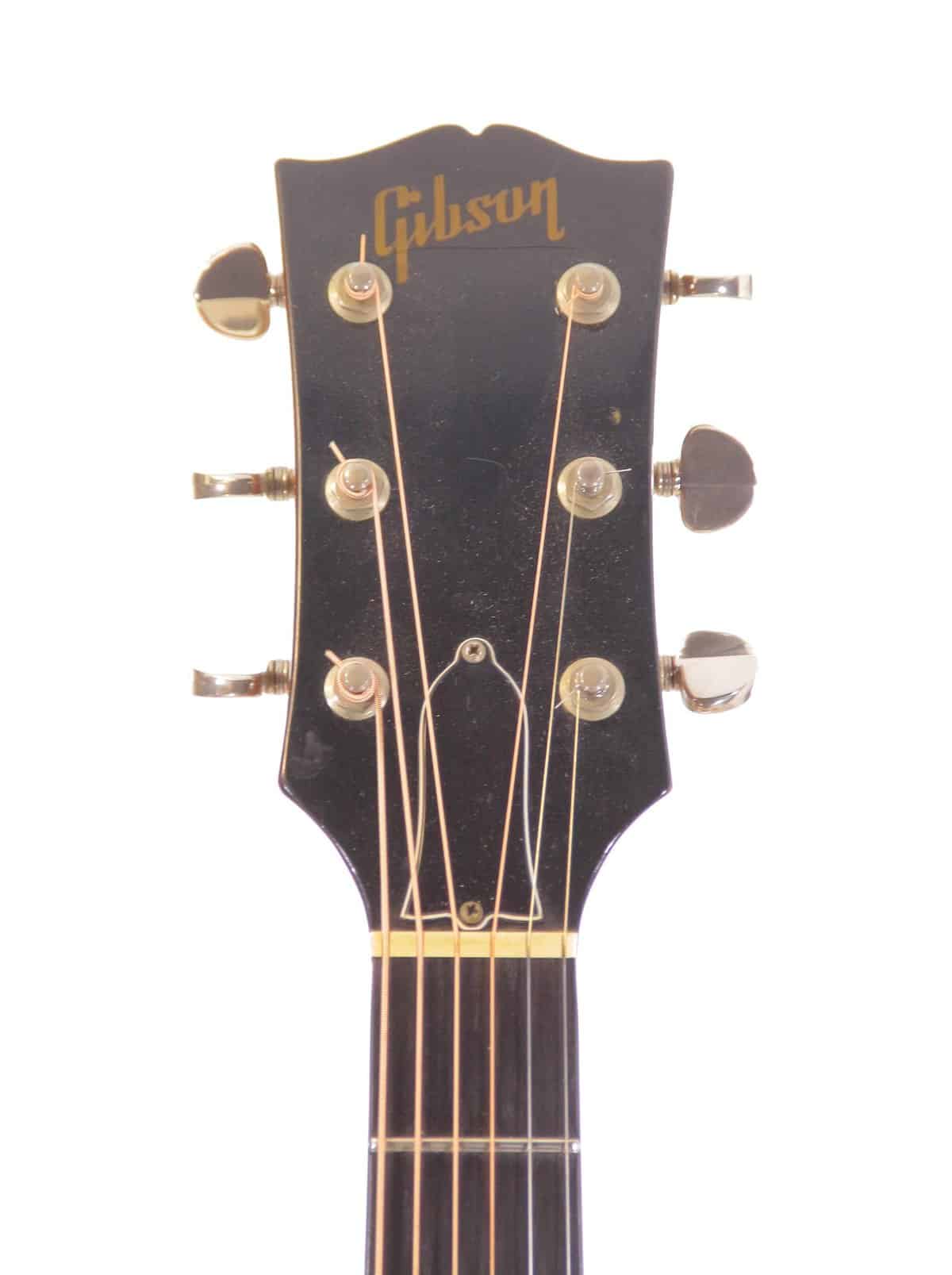 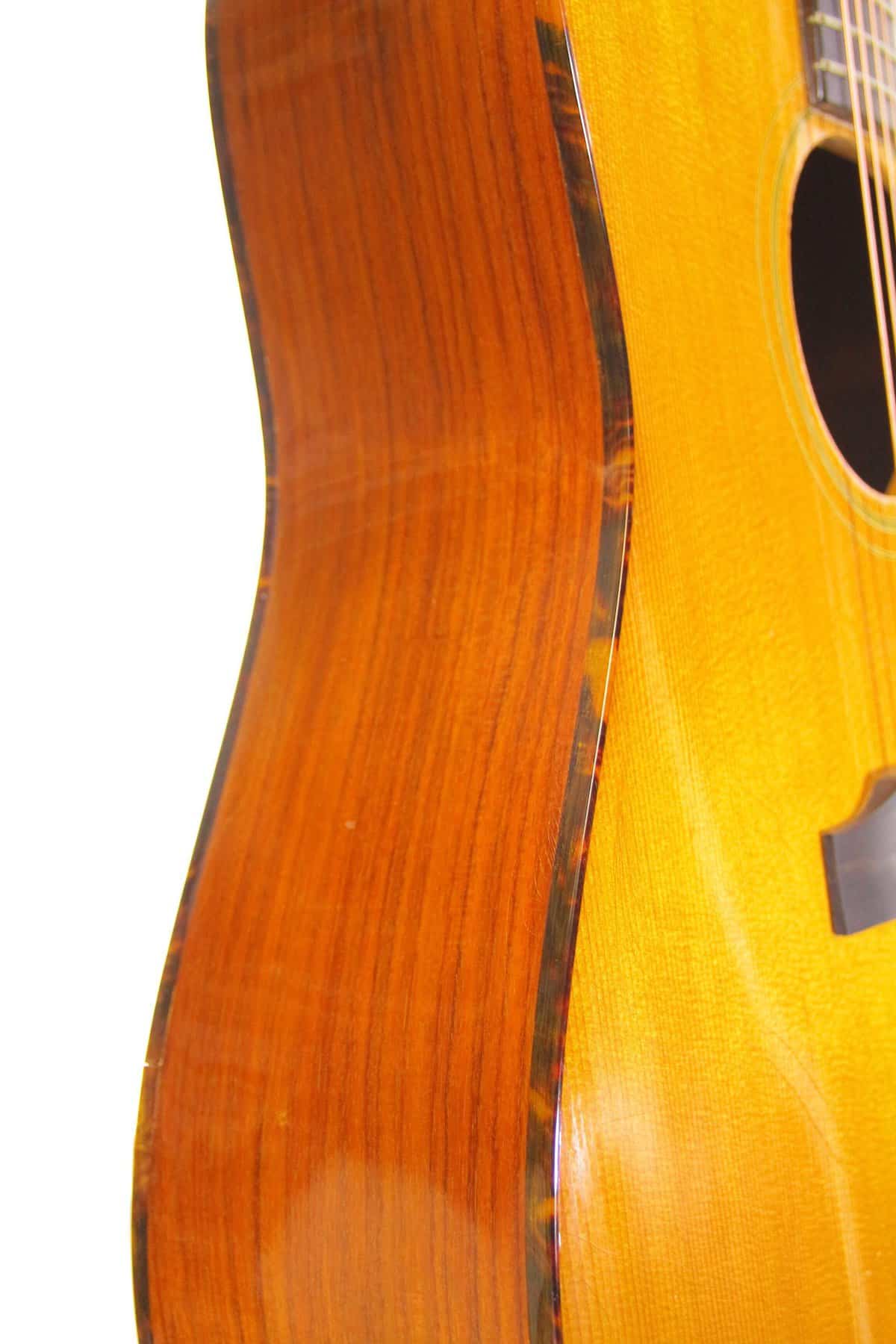 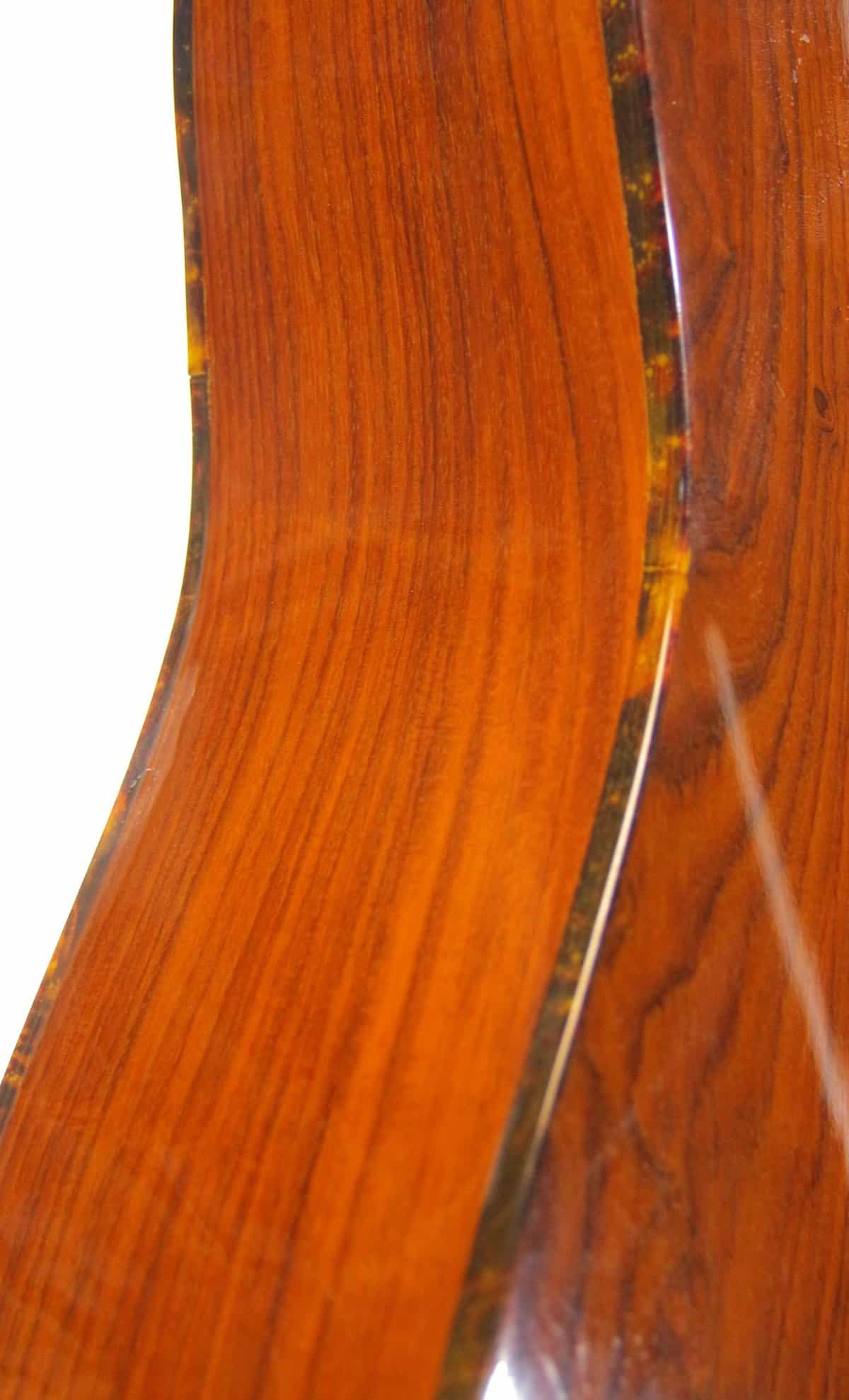 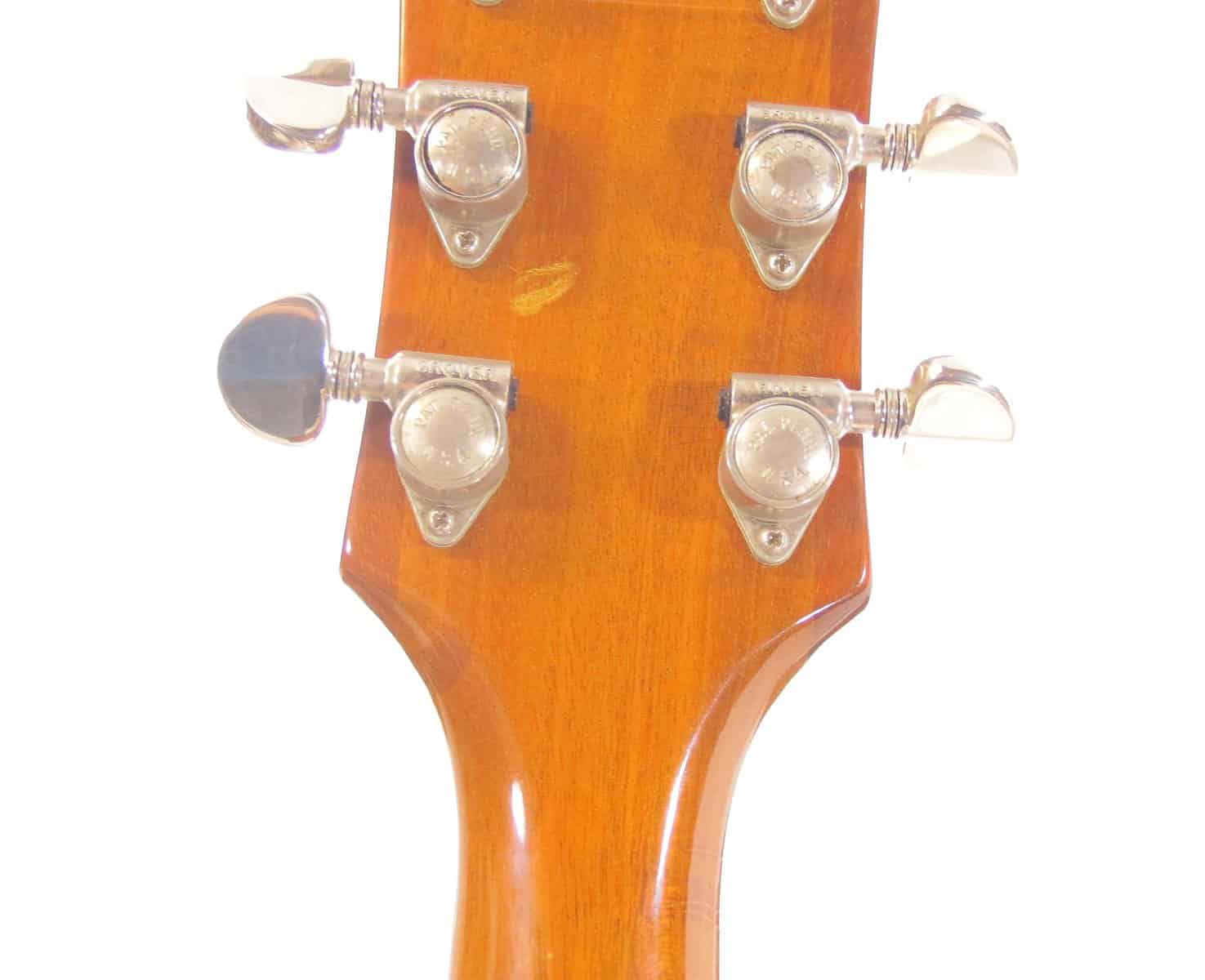 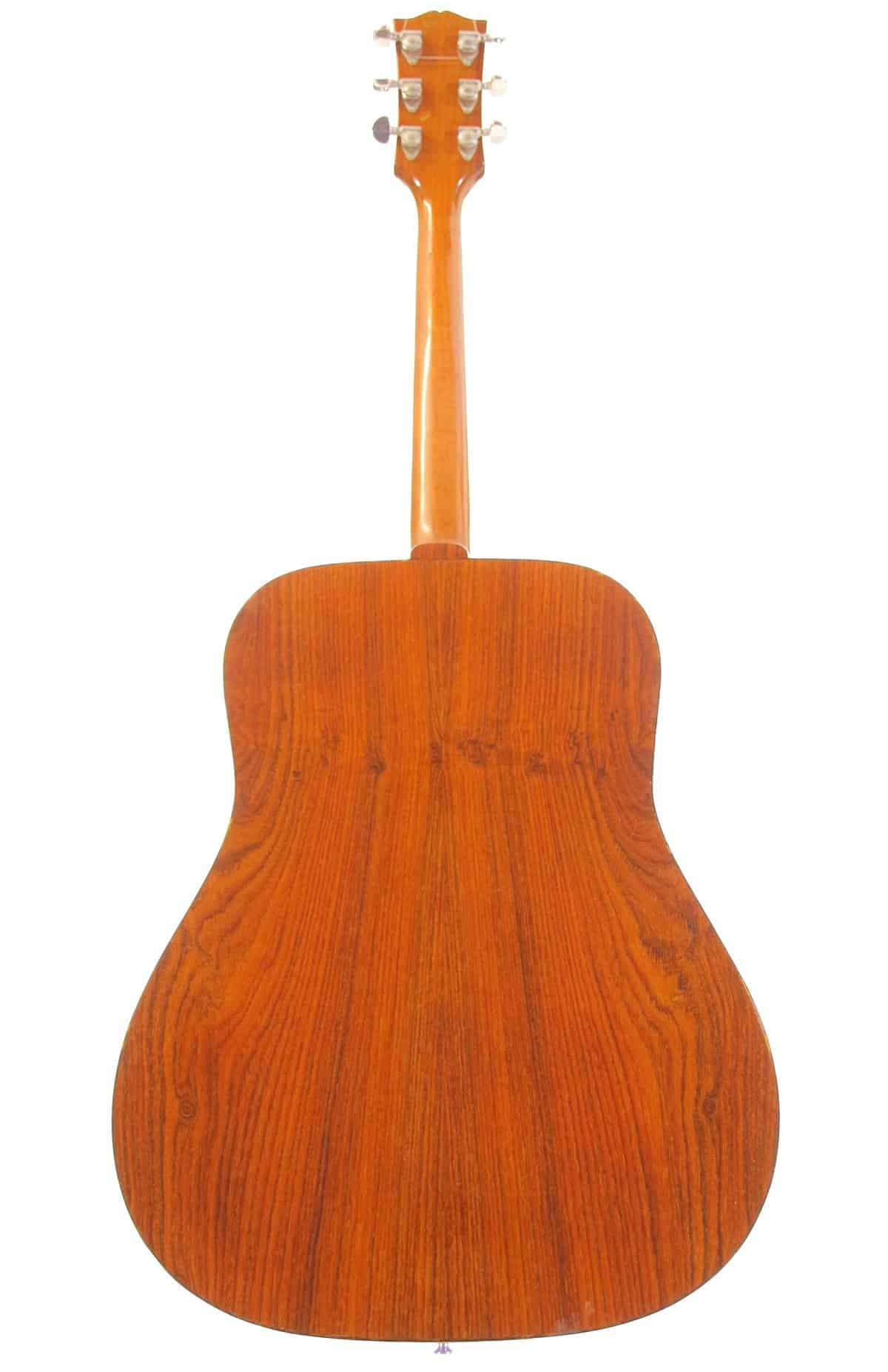 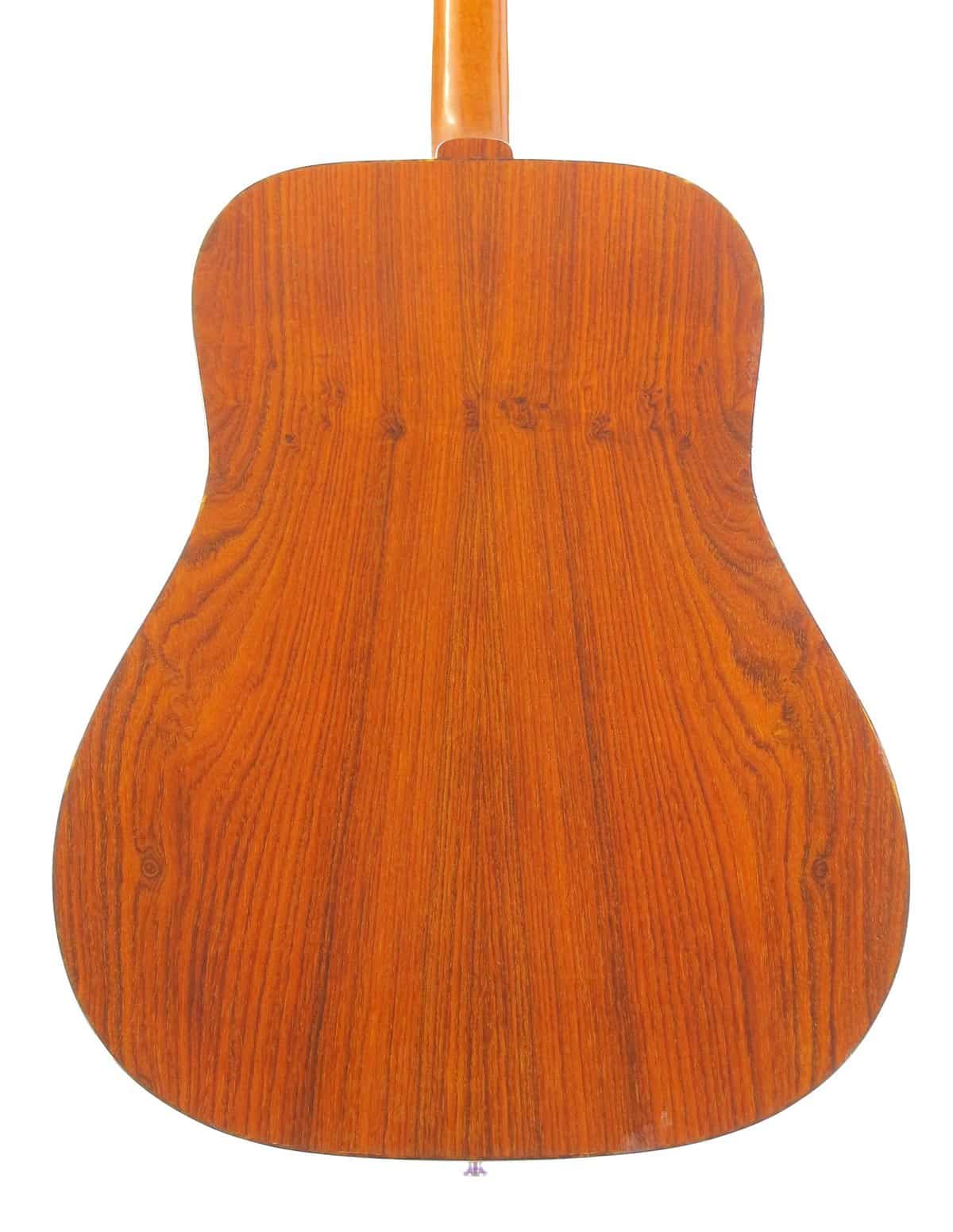 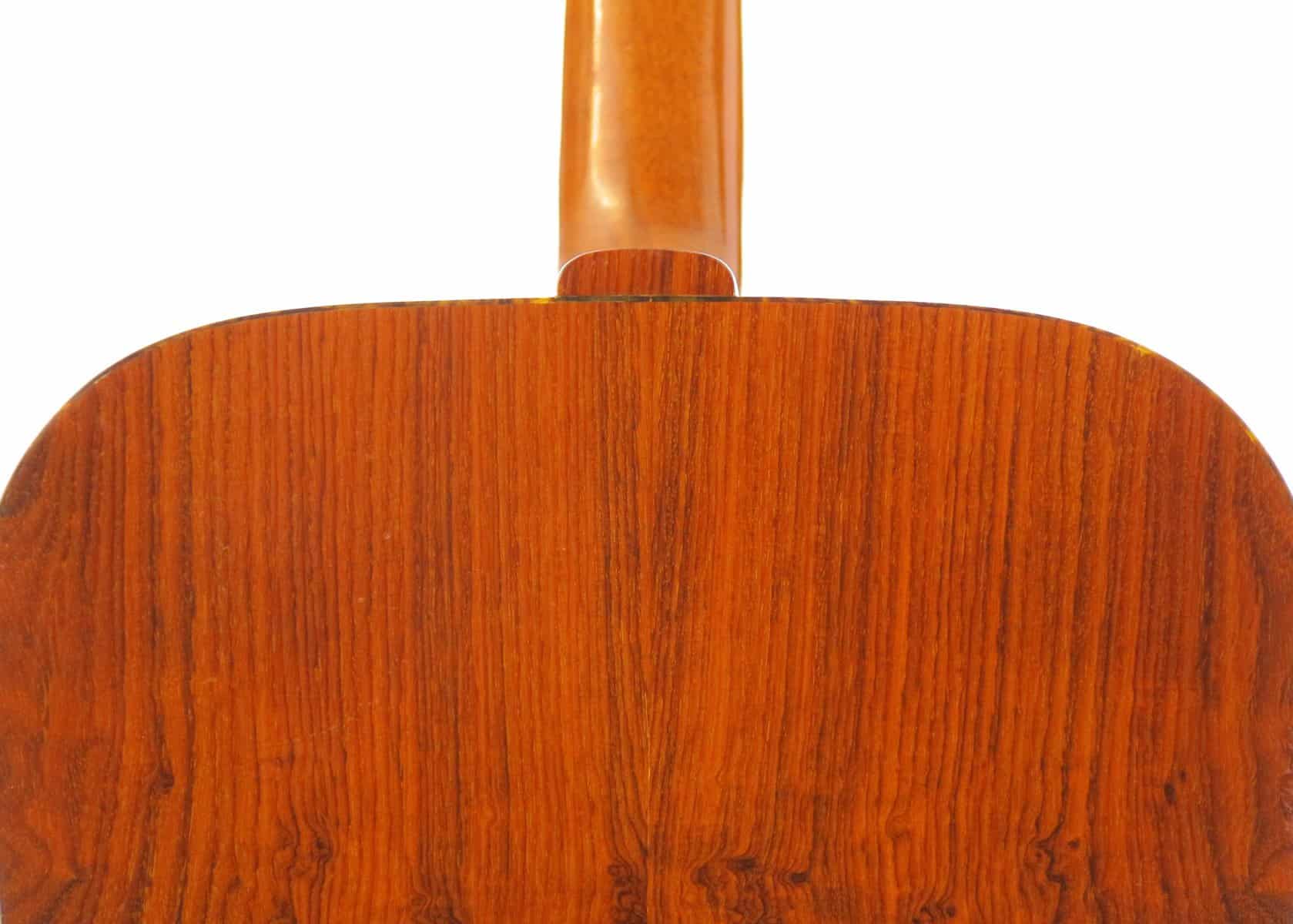 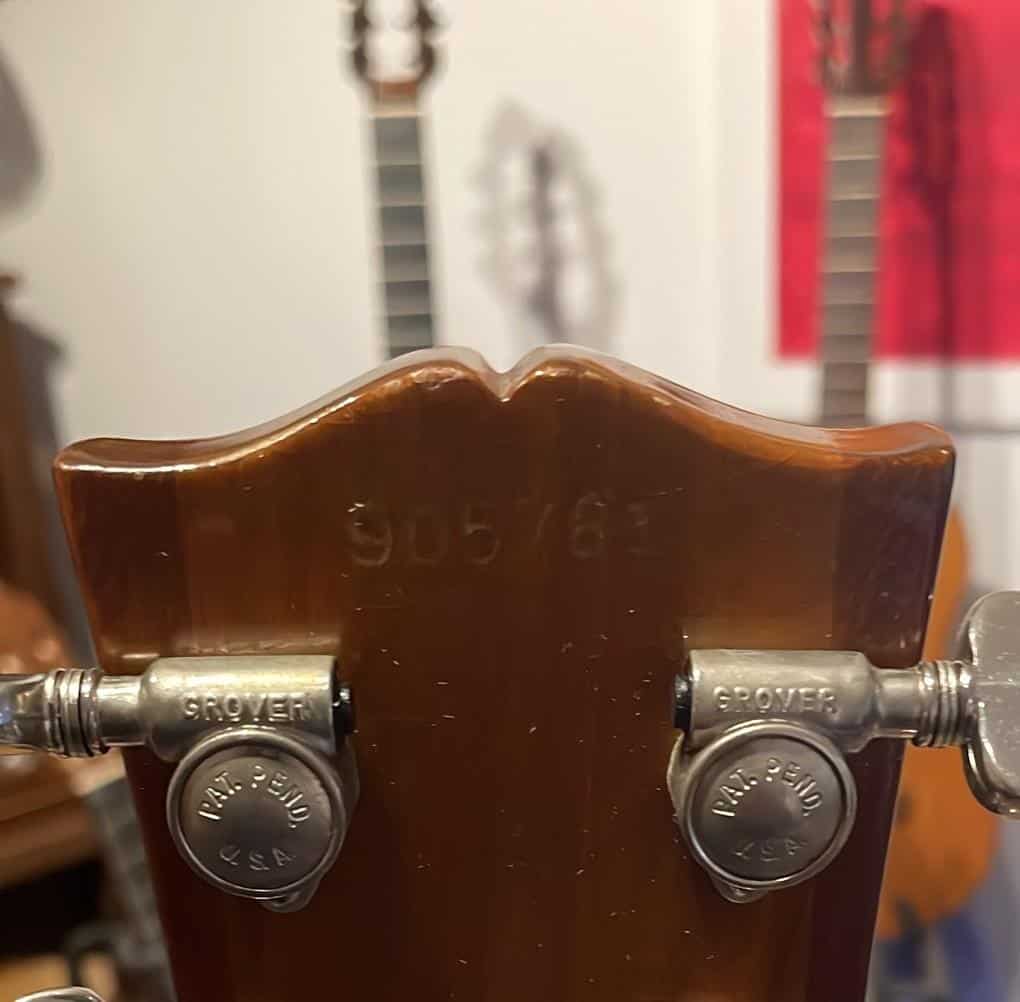 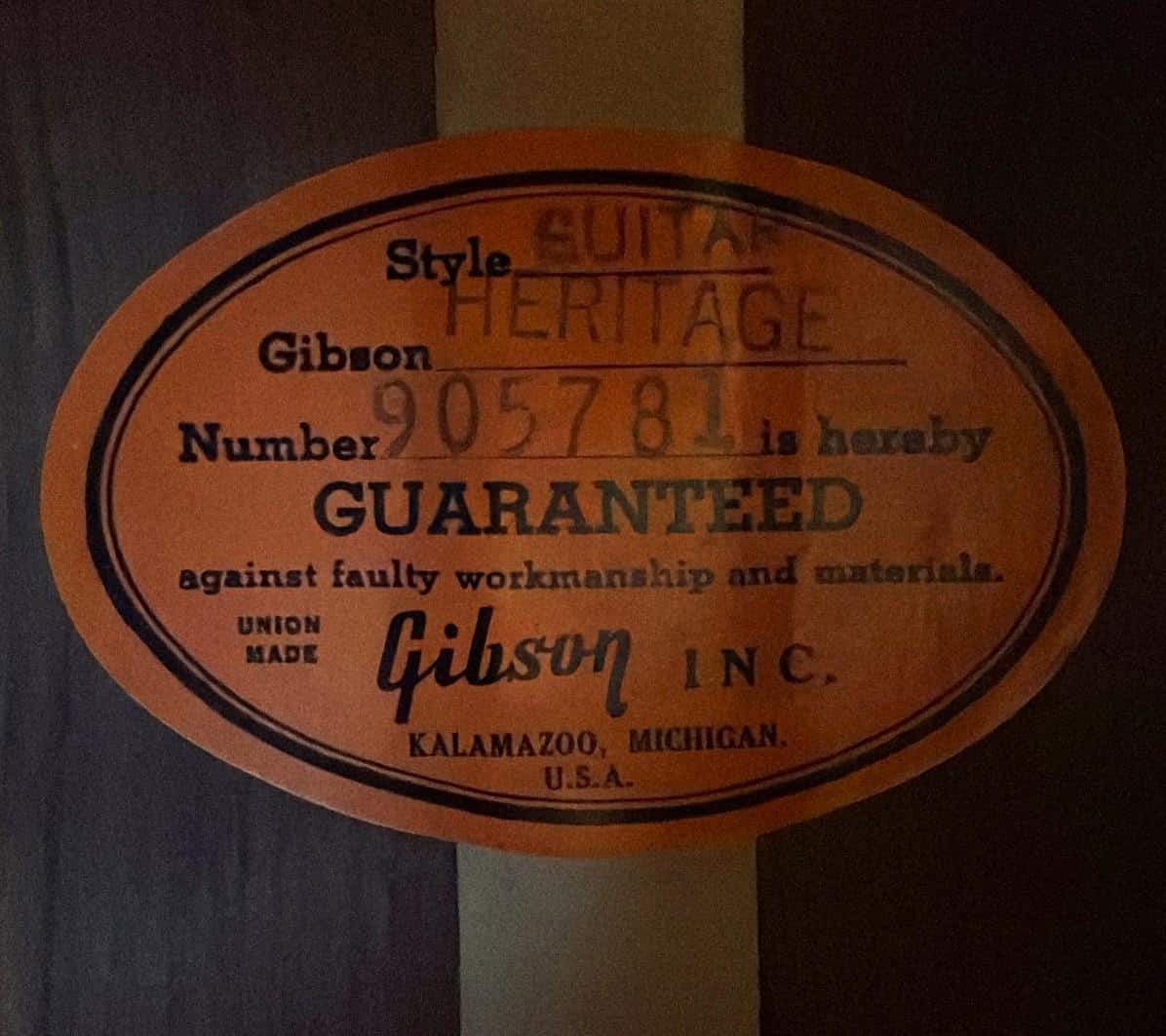 Extremely rare, all original 1967 Gibson Heritage Custom acoustic guitar with the most amazing solid rosewood back and sides.

The sound of this guitar is truly special … Gibson usually used Mahogany back and sides, while Martin is famous for their guitars with rosewood back and sides.
This guitar has the Gibson punch, attack and the typical Gibson feel, while it adds some of the sparkle and clarity which we know from the Martin guitars. Really an amazing sound experience!

This guitar is in an amazingly clean condition – all original and well preserved. It plays like butter and is perfectly adjusted, with a low action, straight neck and well preserved frets. We noticed 2 very professionally repaired cracks on the top, which are hardly noticeable.

Folks, this Heritage Dreadnought from 1967 has matured into a fearsome cannon. One strum, and you’re knocked off your feet–the sheer size of the voice! This Heritage Dreadnought has enormous scope, sustain for days, and an enveloping tone as dark and seductive as a moonless night. Played in for almost 60 years, she’s perfectly opened up; this one’s a real gem of a vintage Gibson. Solo arrangements are lush on this guitar, and when played in a group there’s no need to worry about not being heard.
If you’re looking for an enormous voice with rich, sumptuous sustain, look no further.

The guitar comes with a newer case.