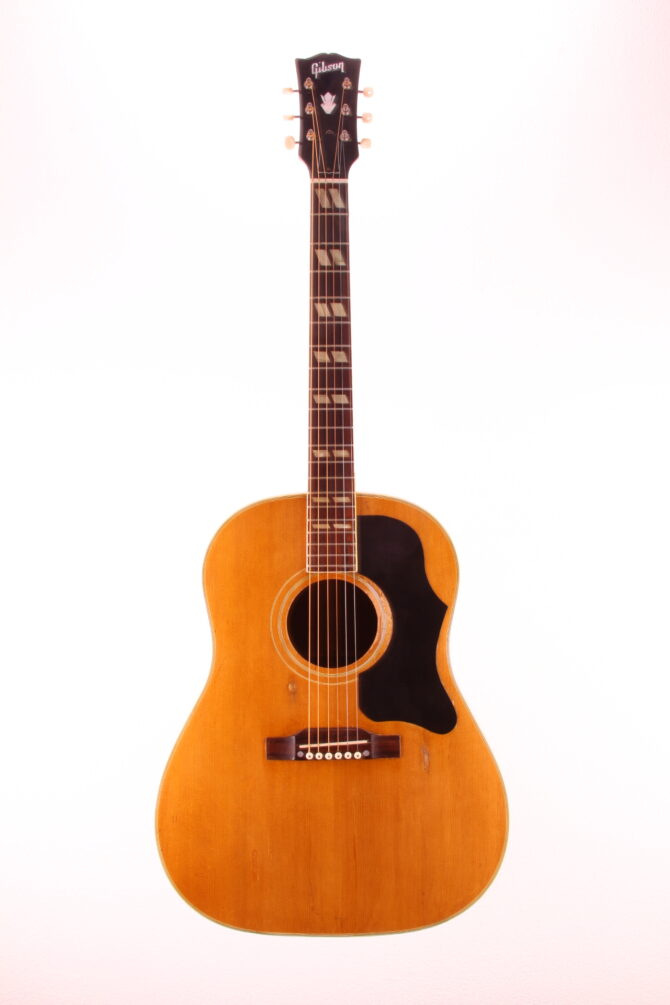 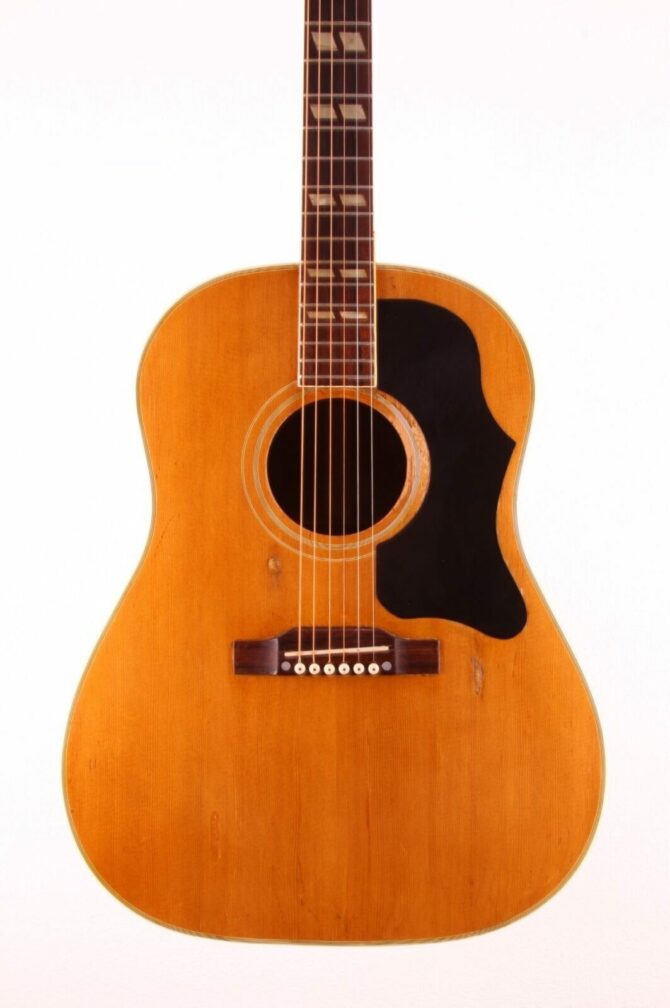 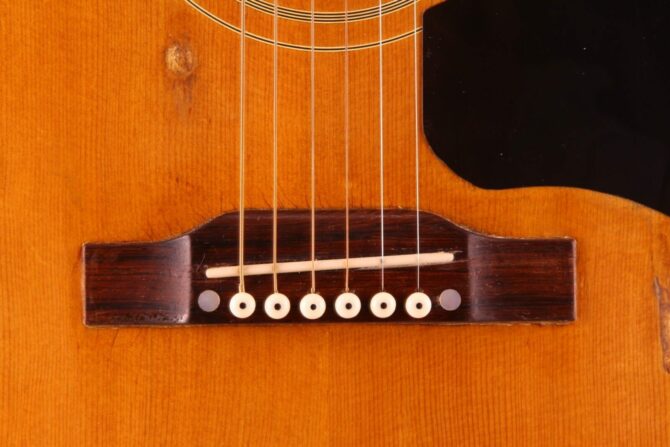 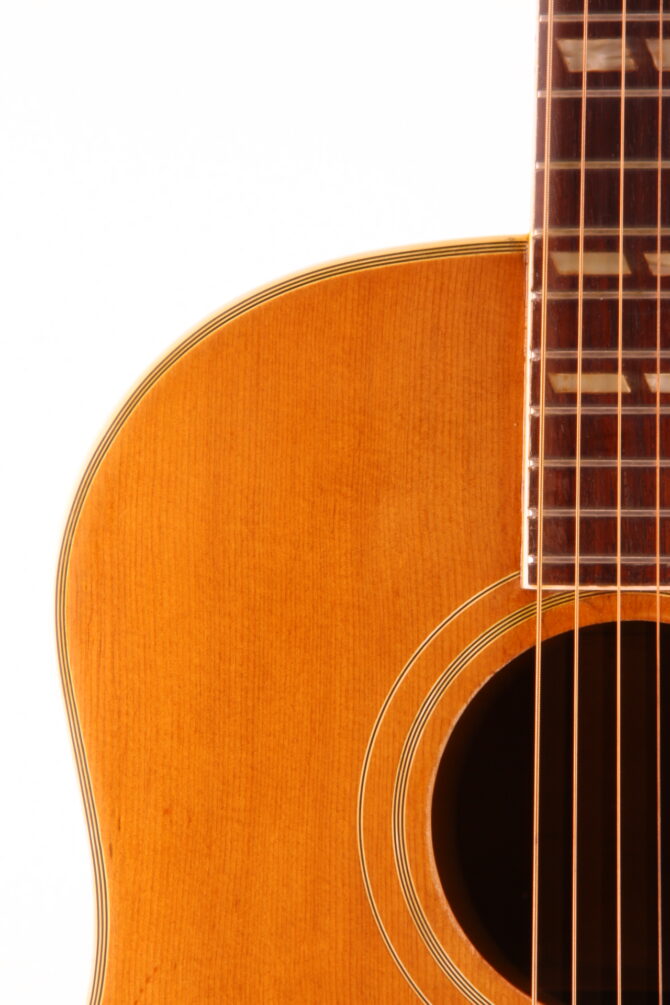 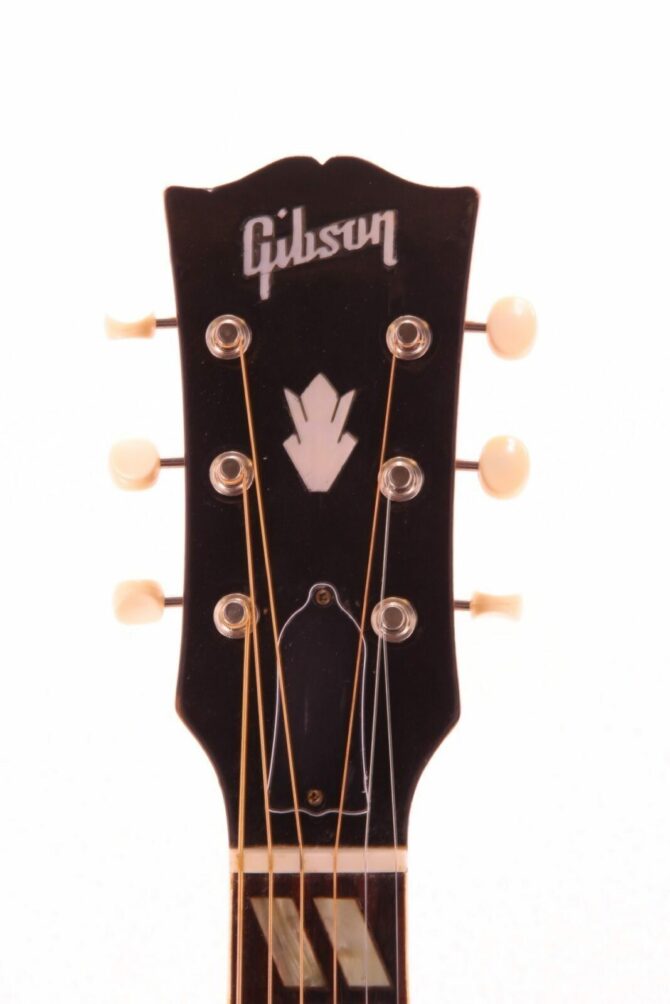 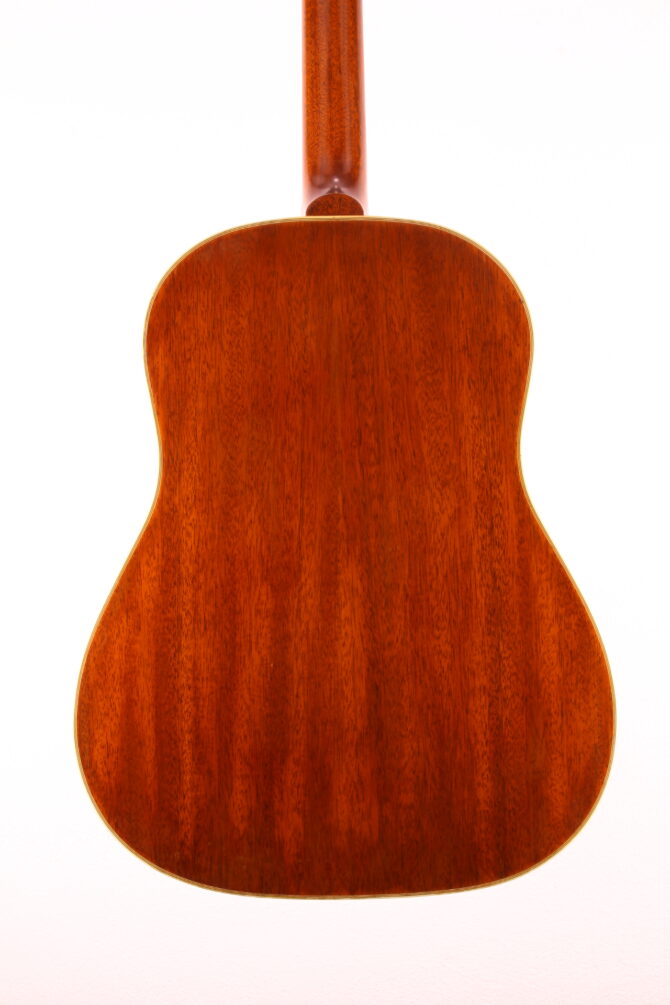 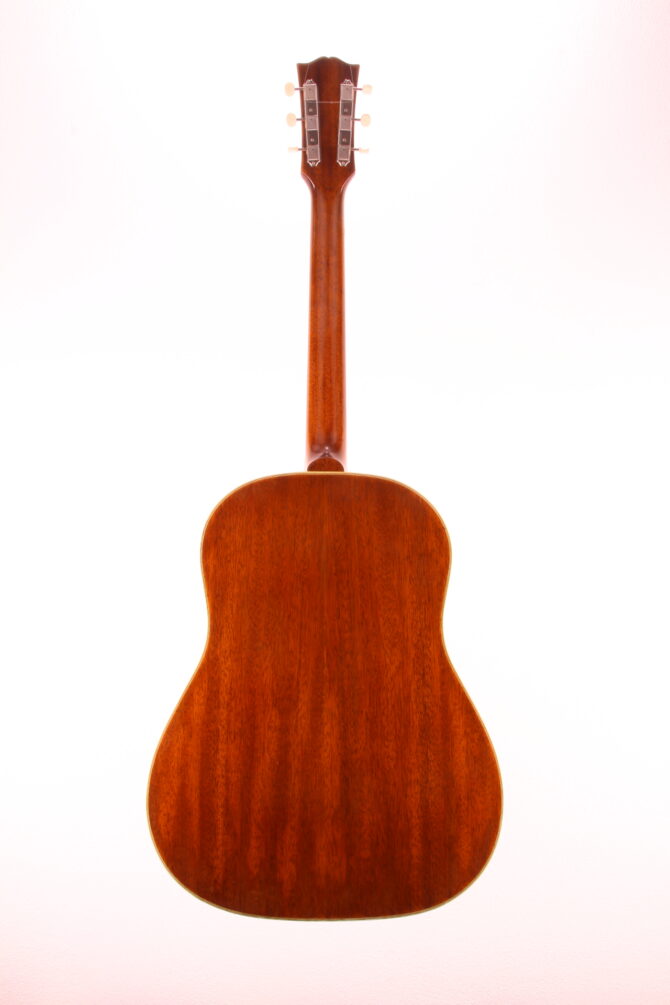 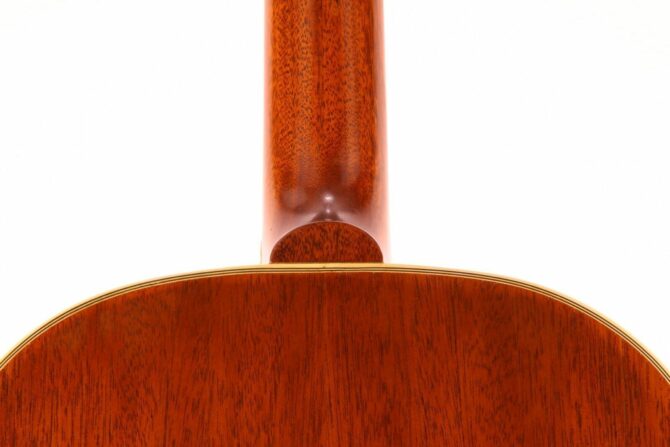 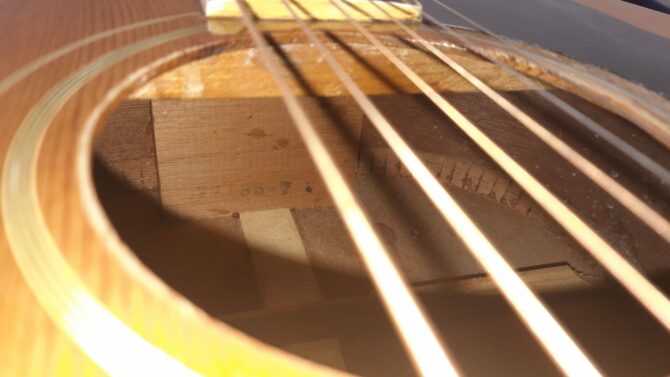 As you can see on the pictures there are some repaired cracks. After the repair the finish was polished up and the back and sides refinished. The mechanics are vintage style, but not original.

The guitar comes with a matching hard shell case!