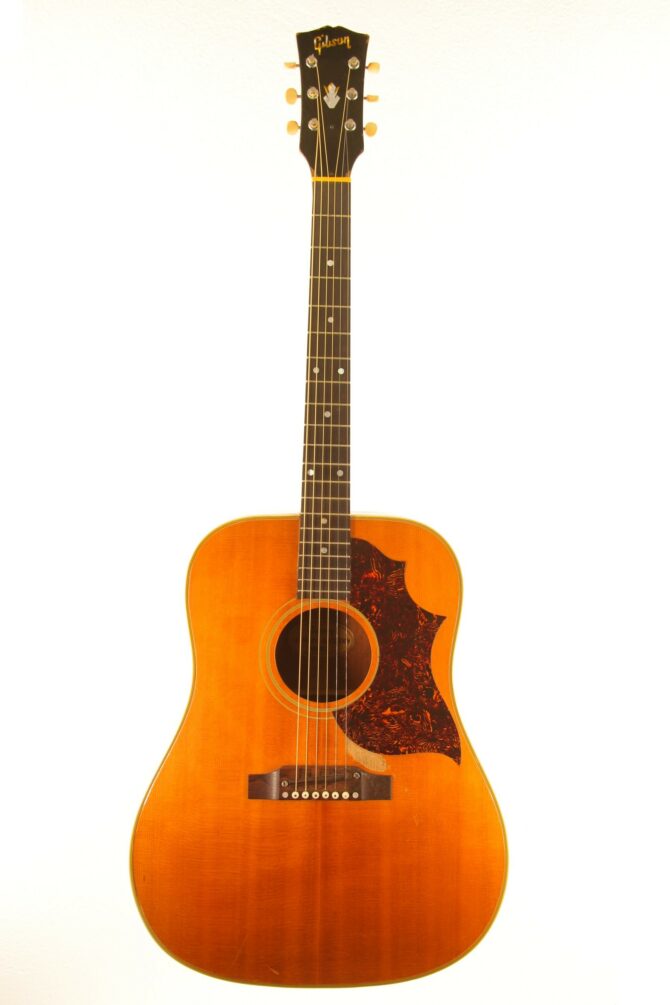 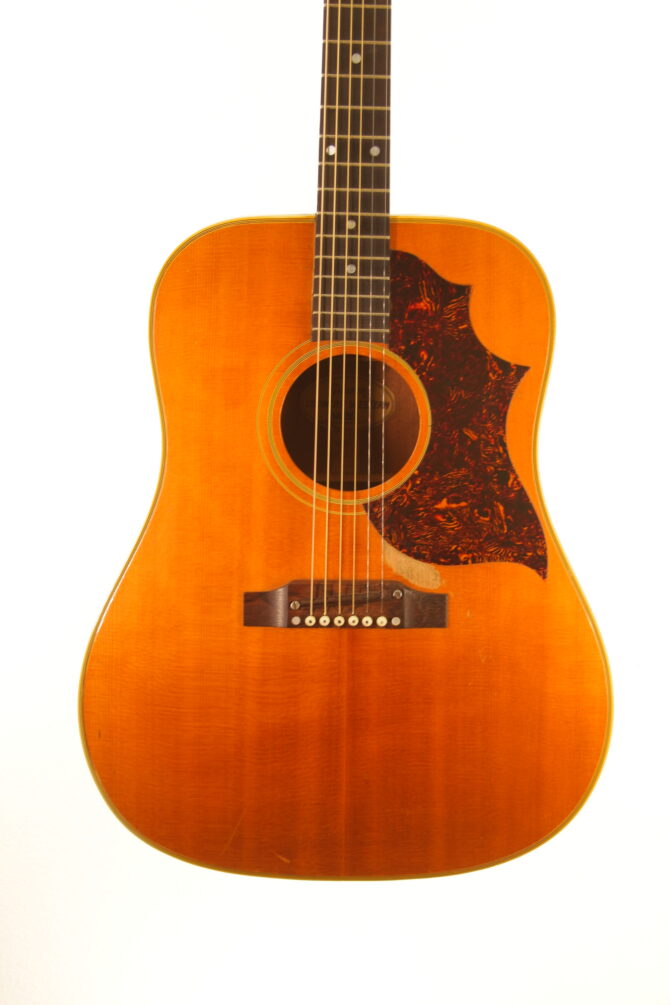 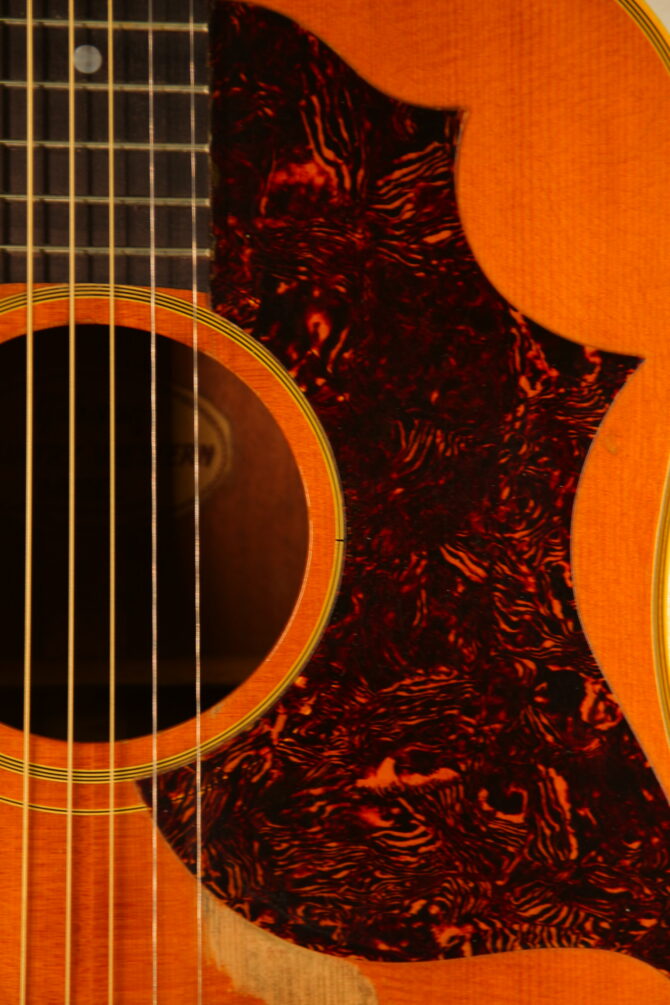 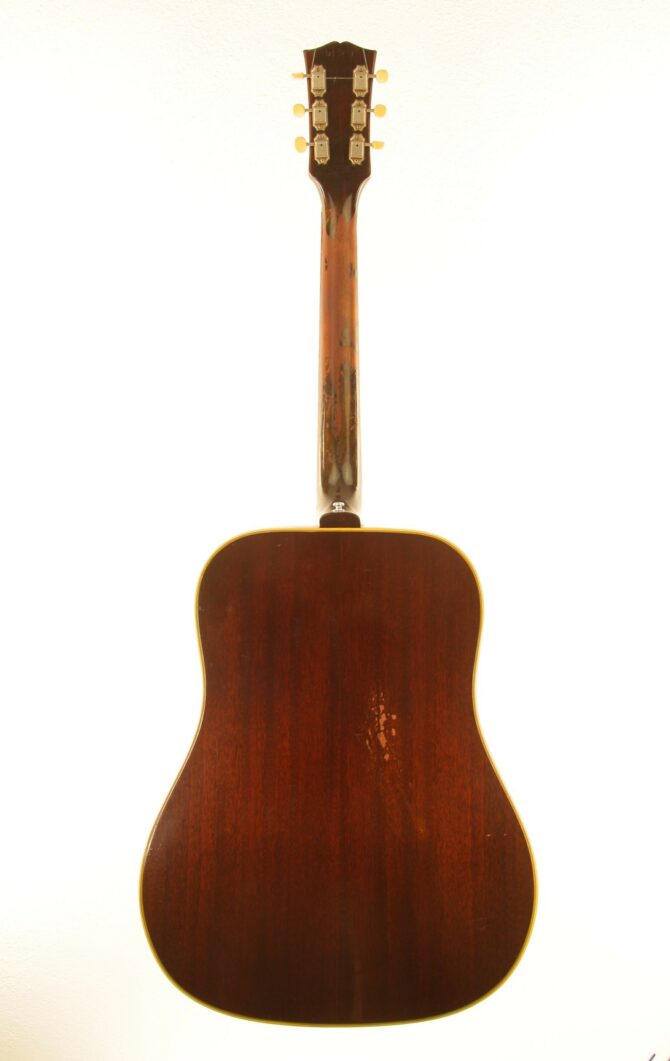 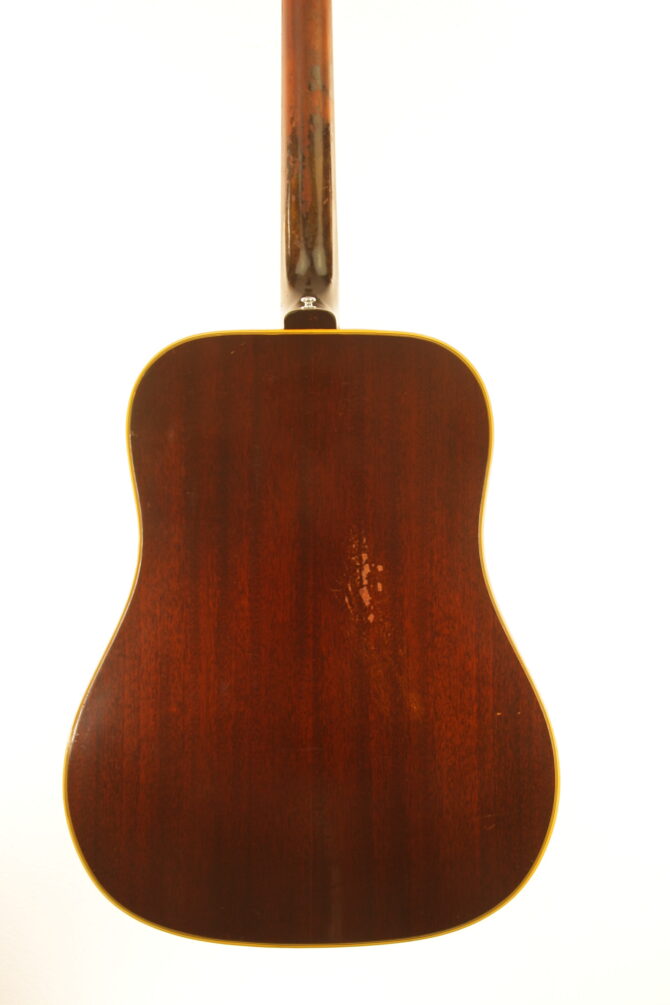 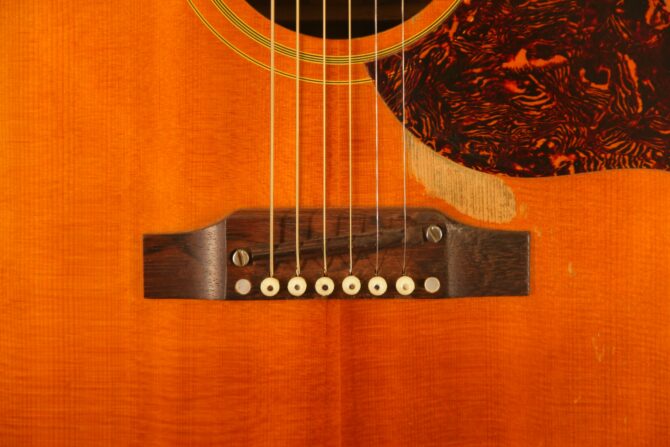 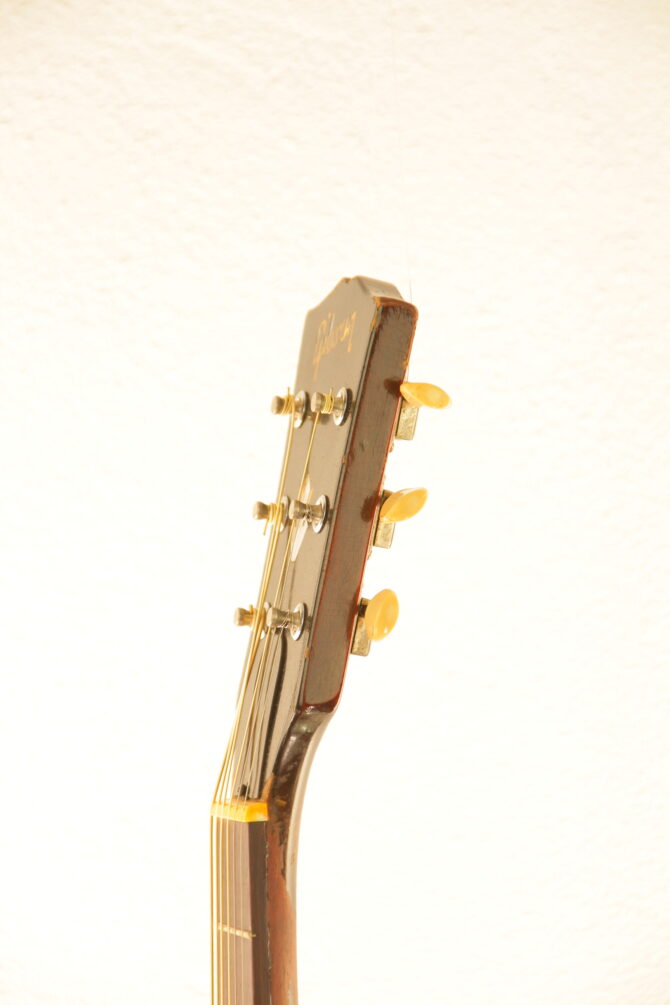 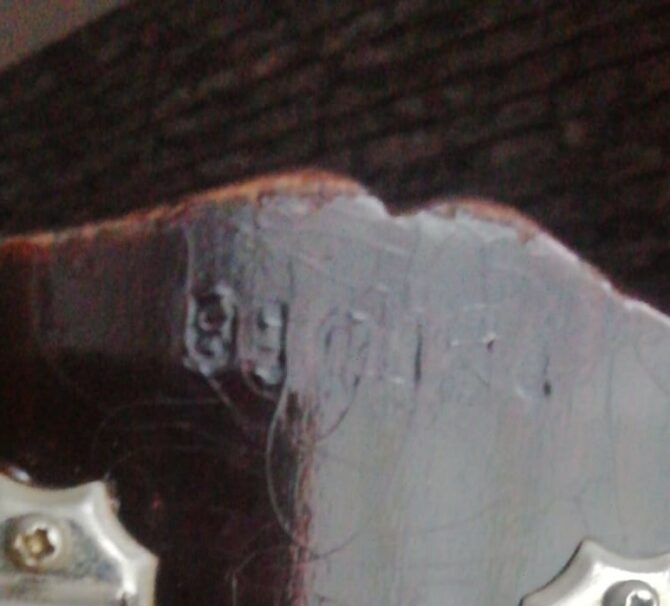 A great Gibson Country Western 1966, it has that rich and voluminous vintage Gibson sound that we all love!

Basically it is like the Gibson Hummingbird a guitar with spruce top and mahogany body. Plus the corresponding deluxe features.
The ultimate guitar for cowboys, flatpickers and bluegrass players and those who want to become one.

This Gibson Country Western 1966 is a real gem with character in appearance and especially in sound. Here you get the absolute vintage sound.
Growling basses, great dynamics combined with beautiful overtones – this guitar really has a lot to offer. You feel like in an old cowboy movie. This guitar is pure magic!

It plays perfectly and is perfectly tuned.
It is in very good condition, has only the usual marks from play and use. No cracks, breaks or other repairs.

The Gibson Guitar Corporation (short Gibson) founded in 1902, with today’s headquarters in Nashville, Tennessee, USA is one of the oldest and most famous US-American manufacturers of plucked instruments – banjos, mandolins, guitars, electric guitars and electric basses – as well as of guitar amplifiers.
Many of the world’s most famous musicians play and have played Gibson instruments.