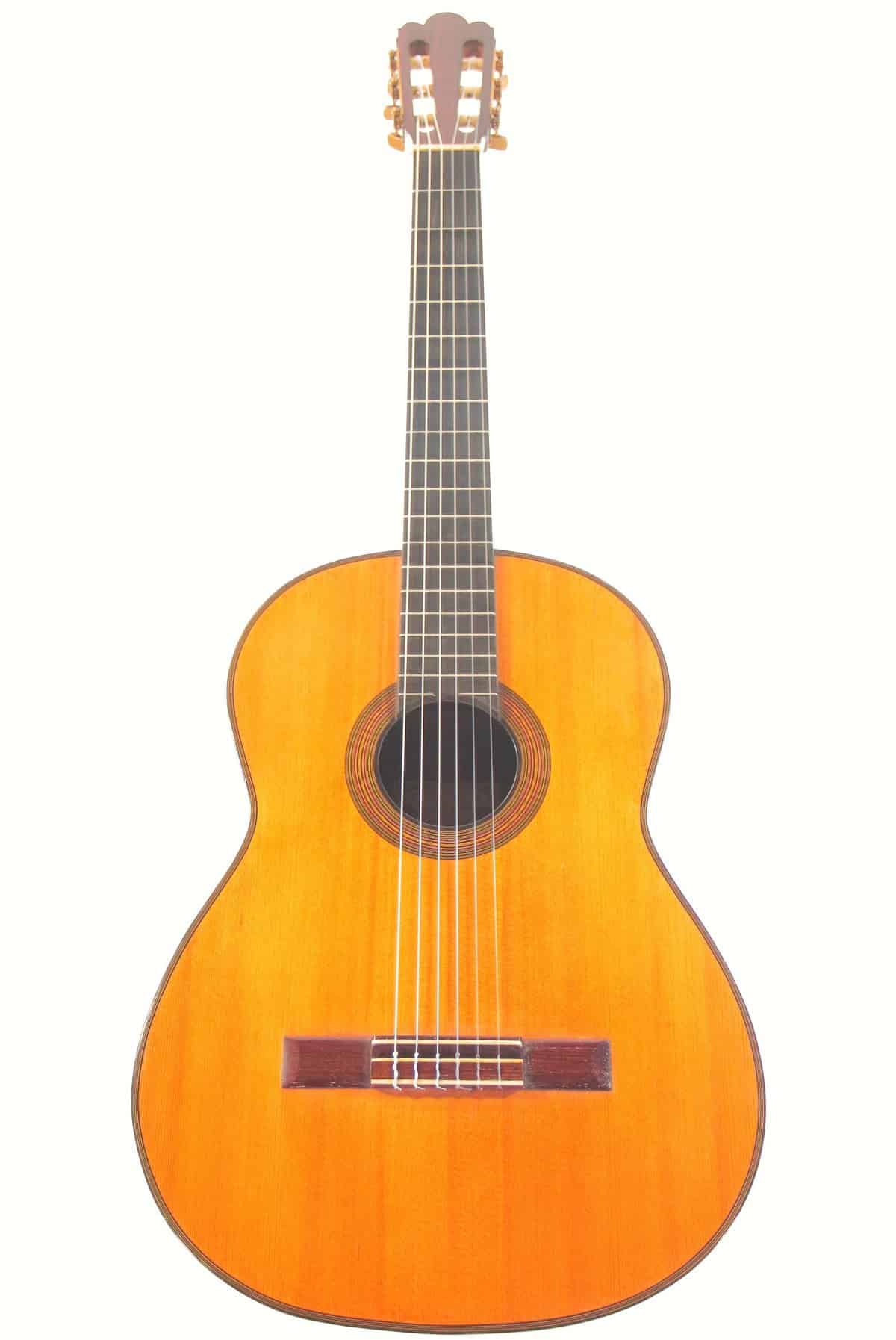 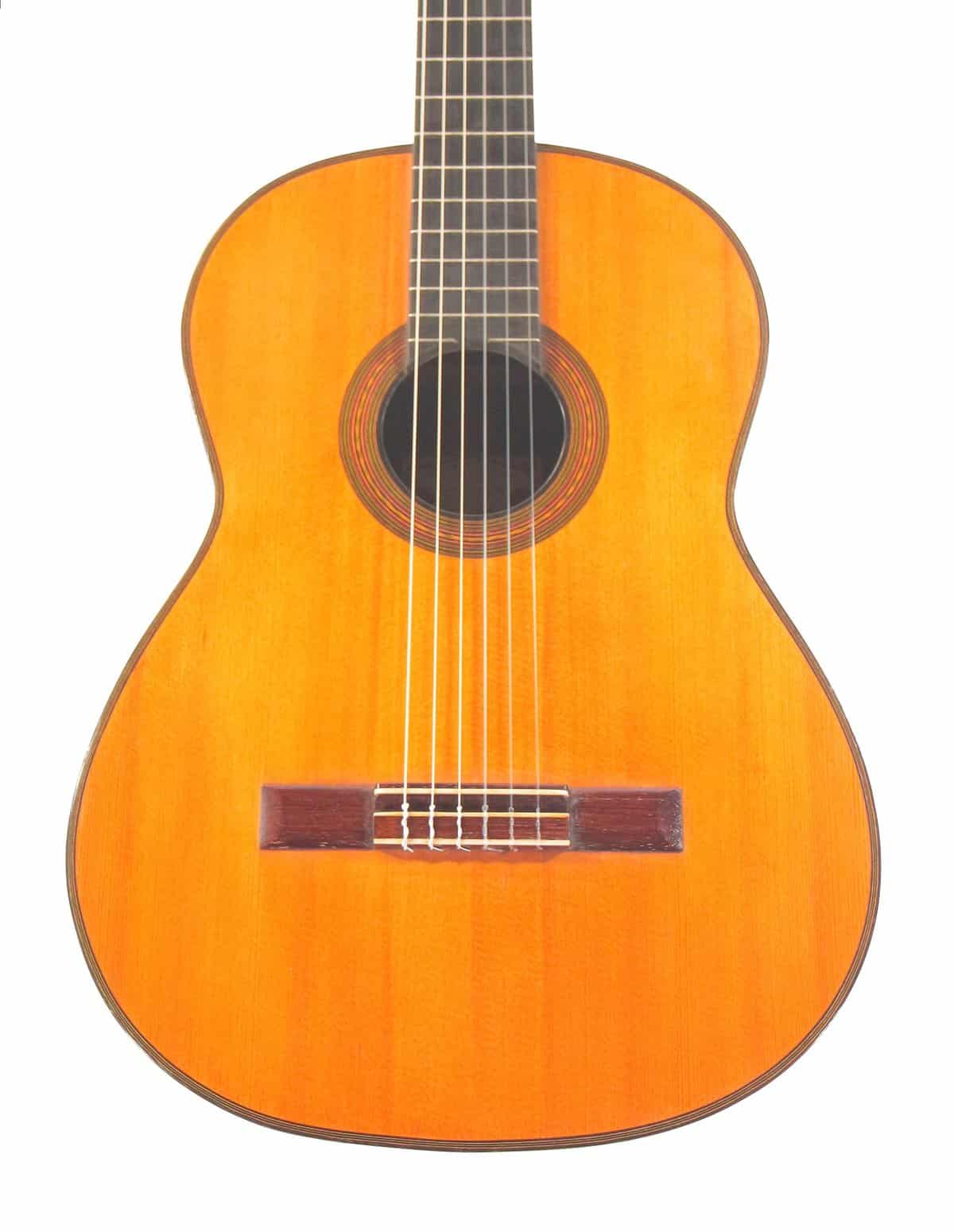 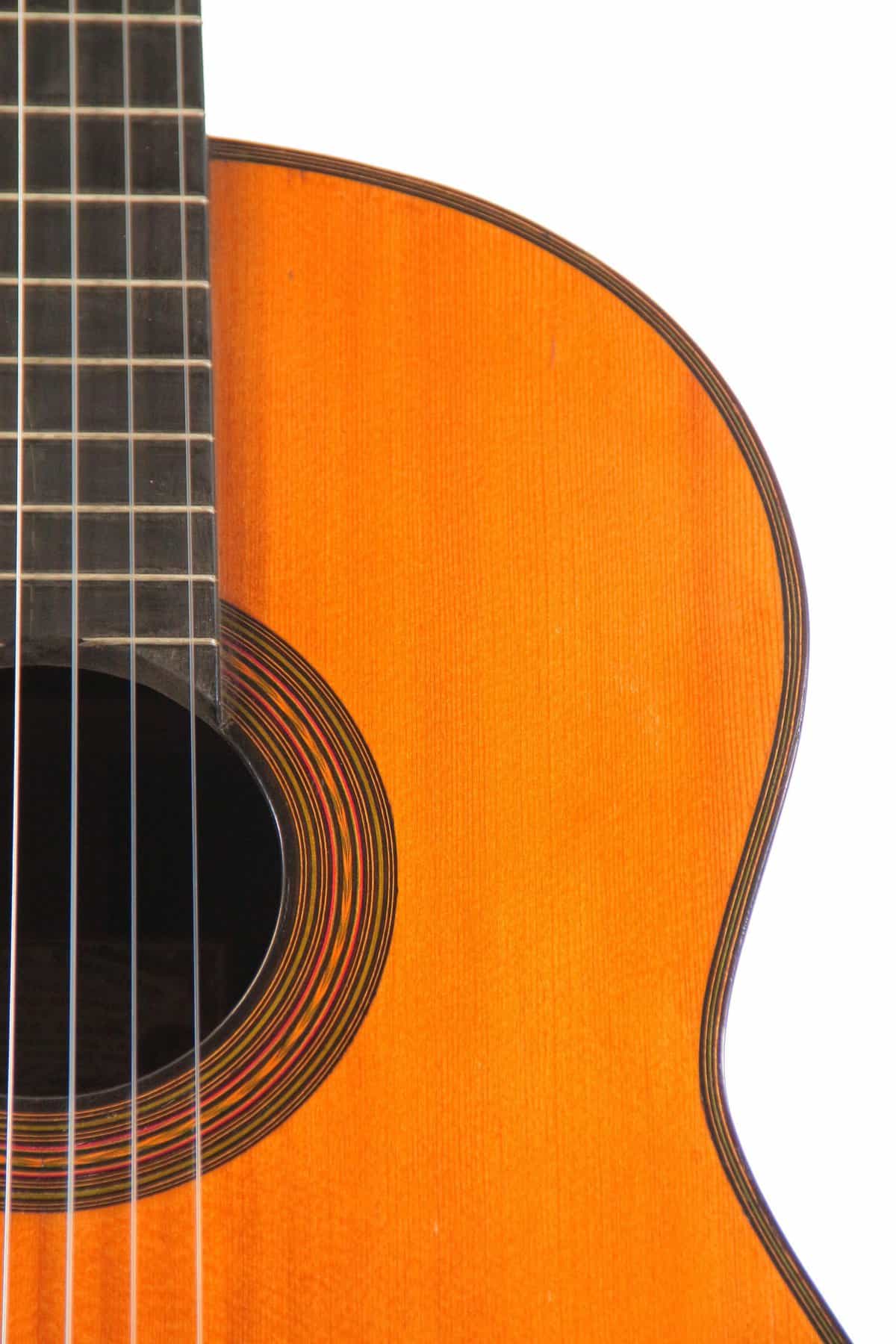 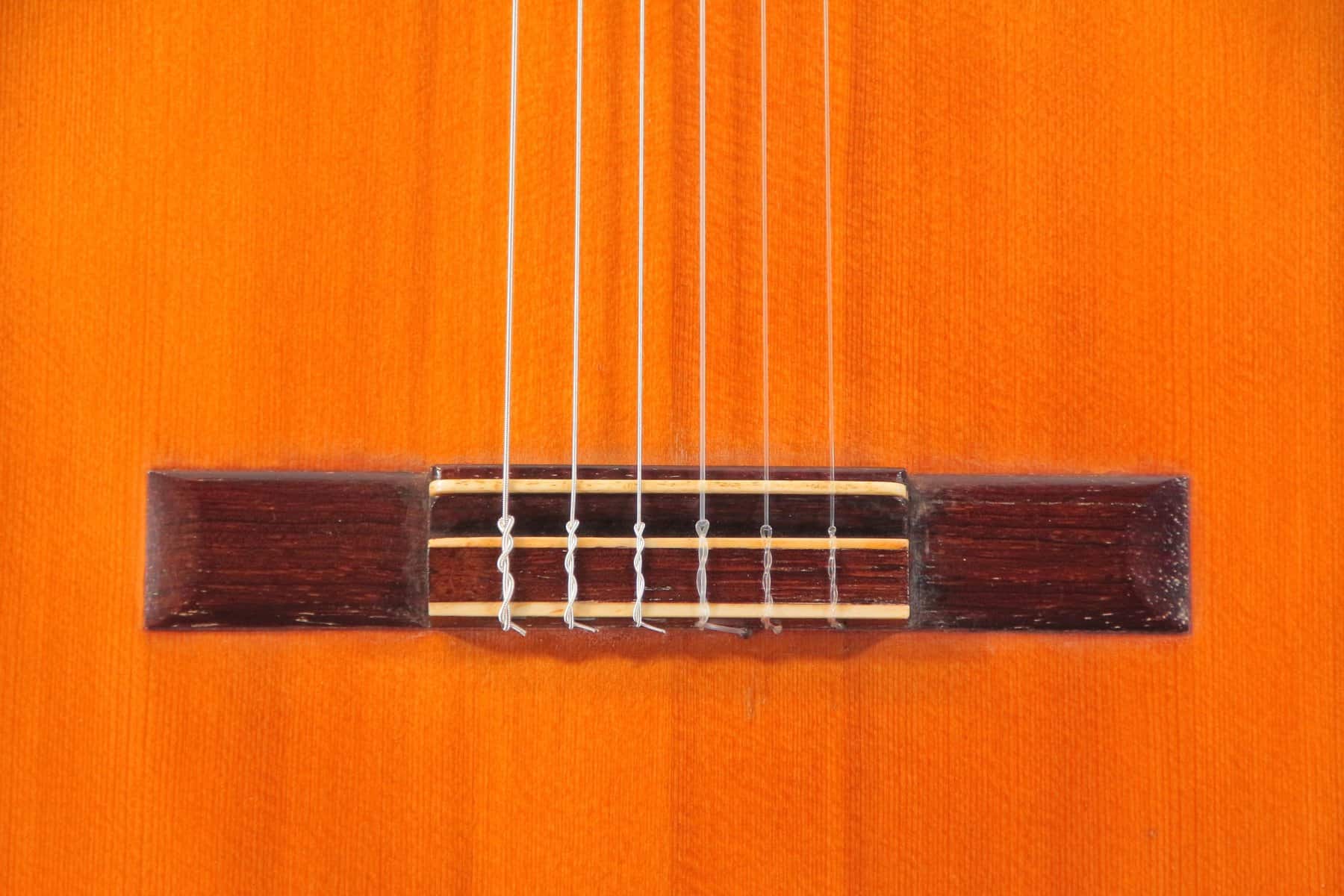 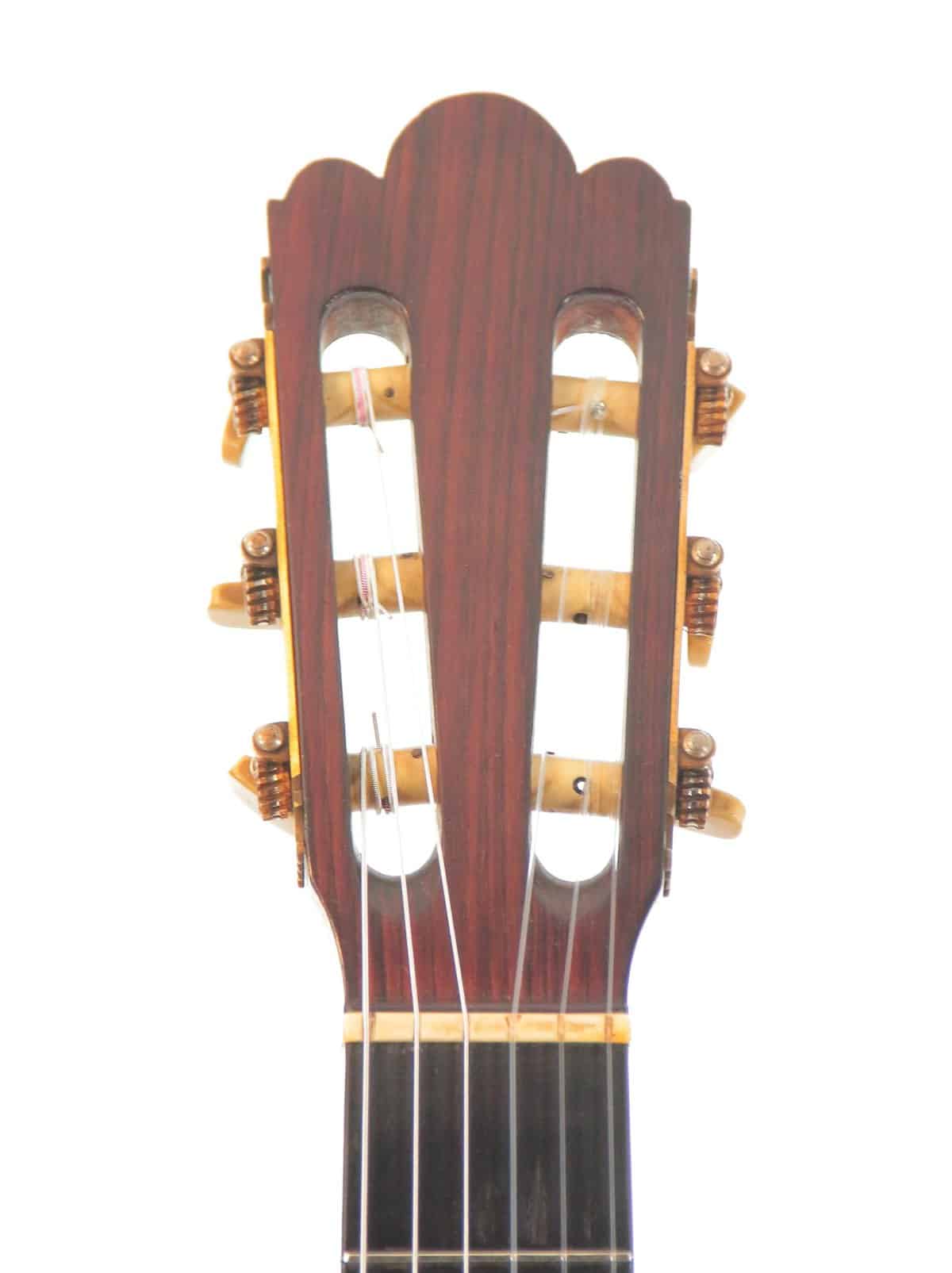 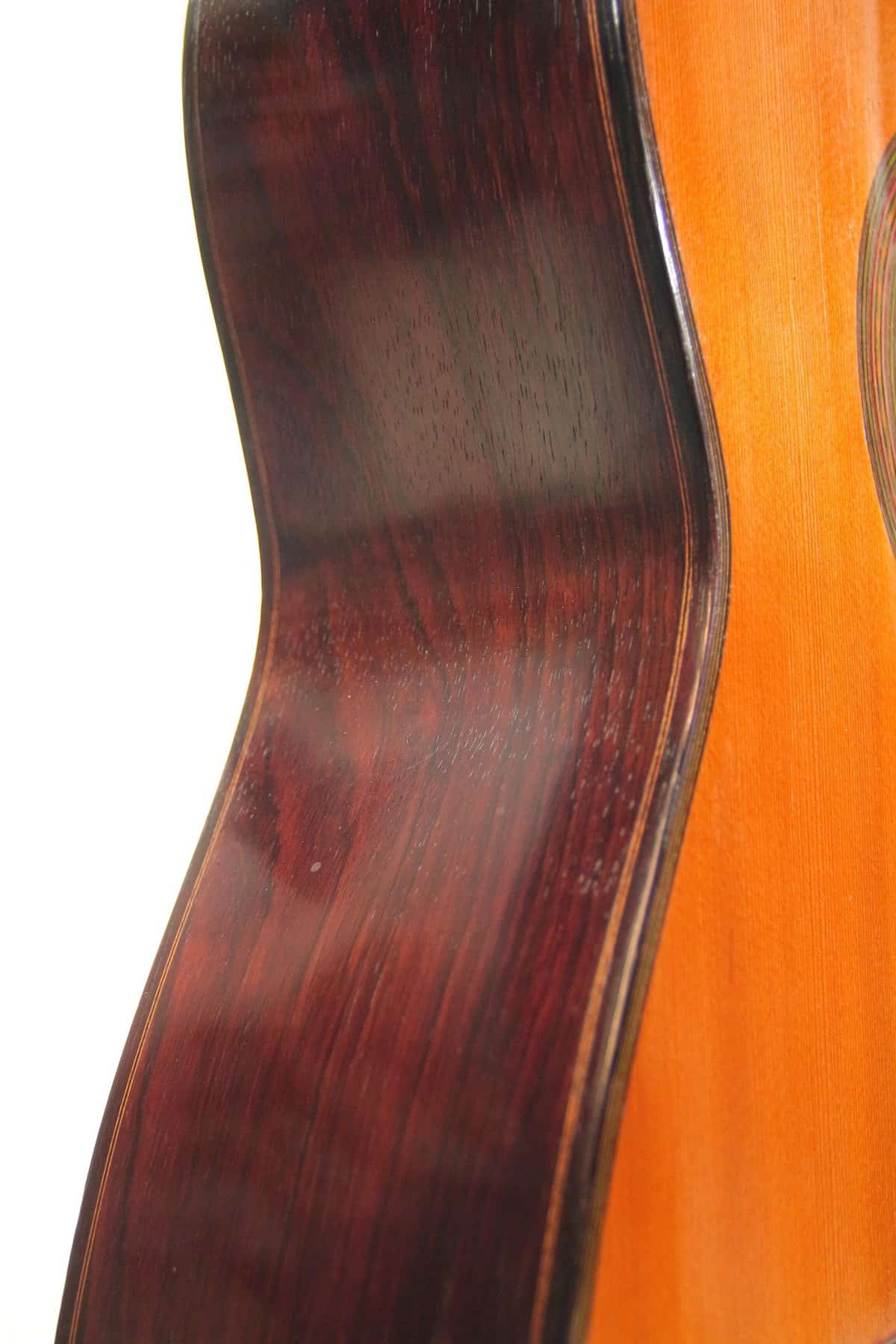 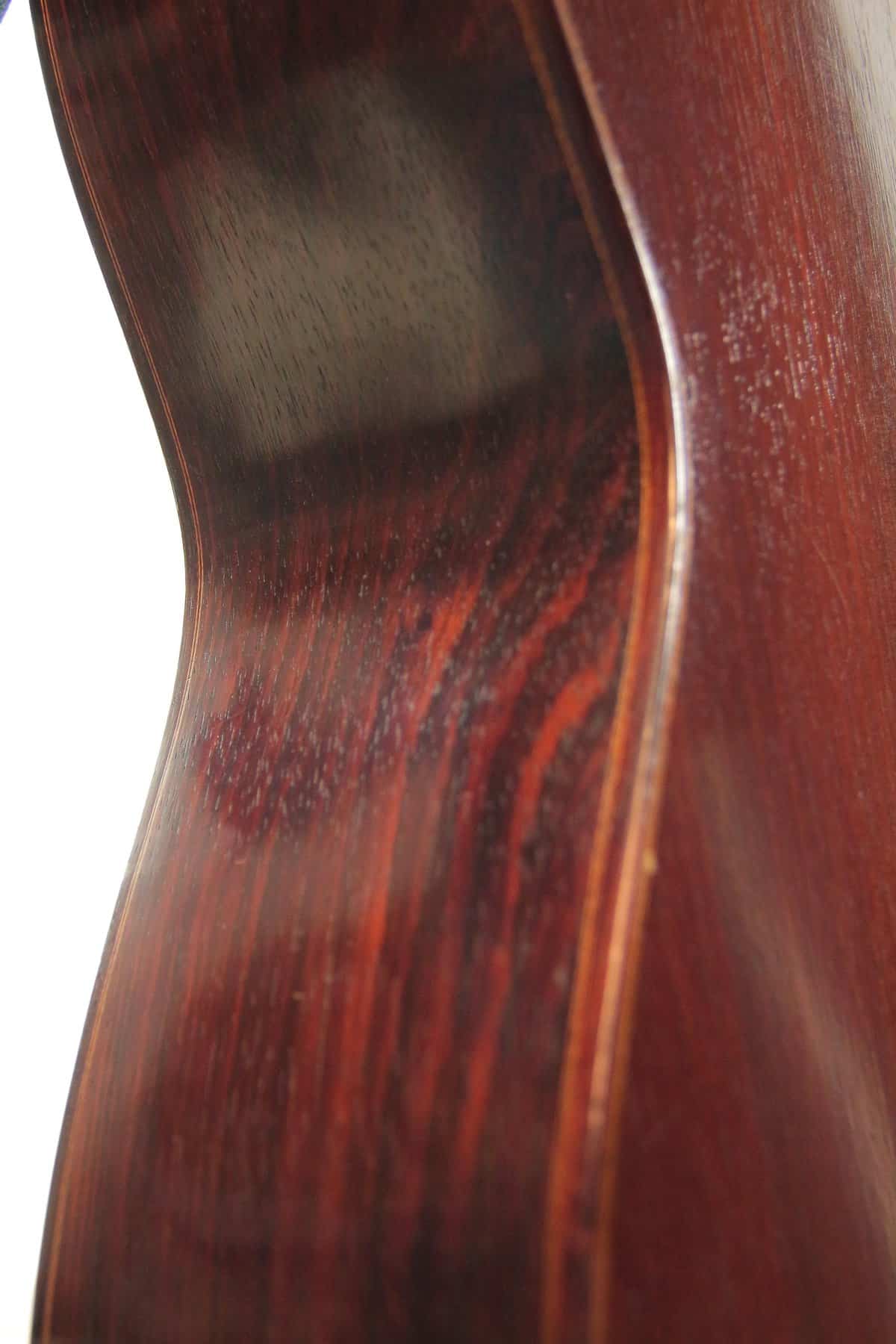 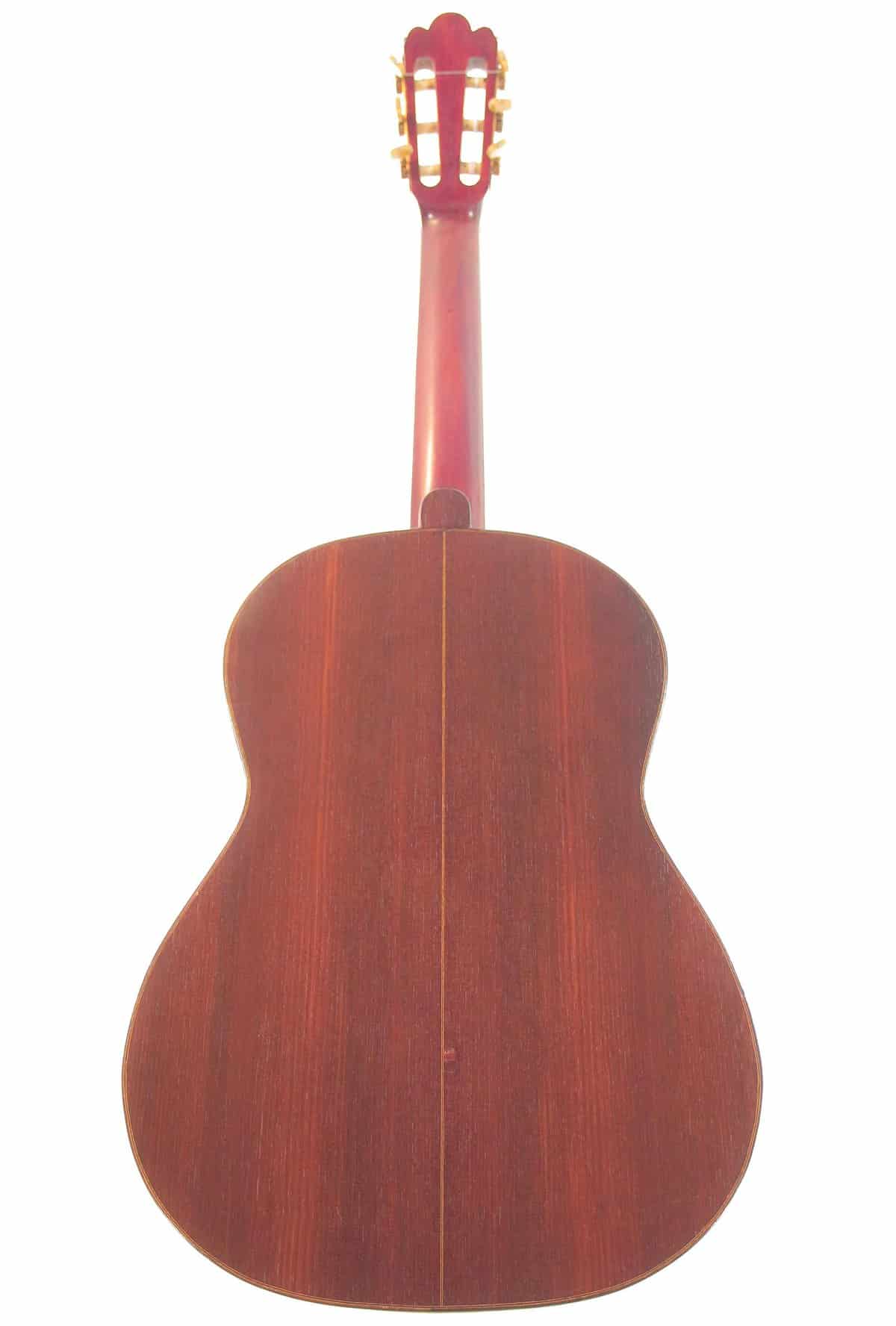 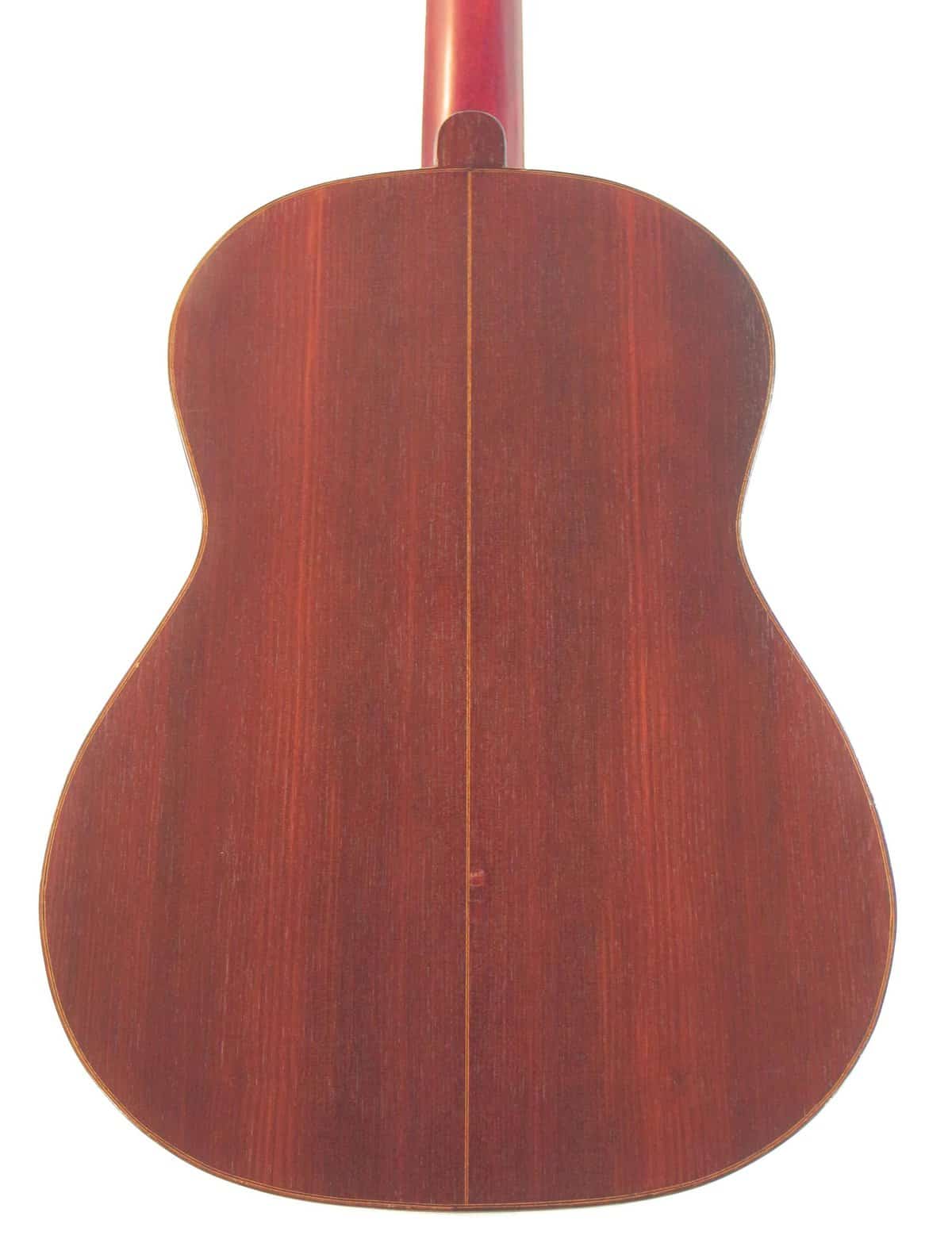 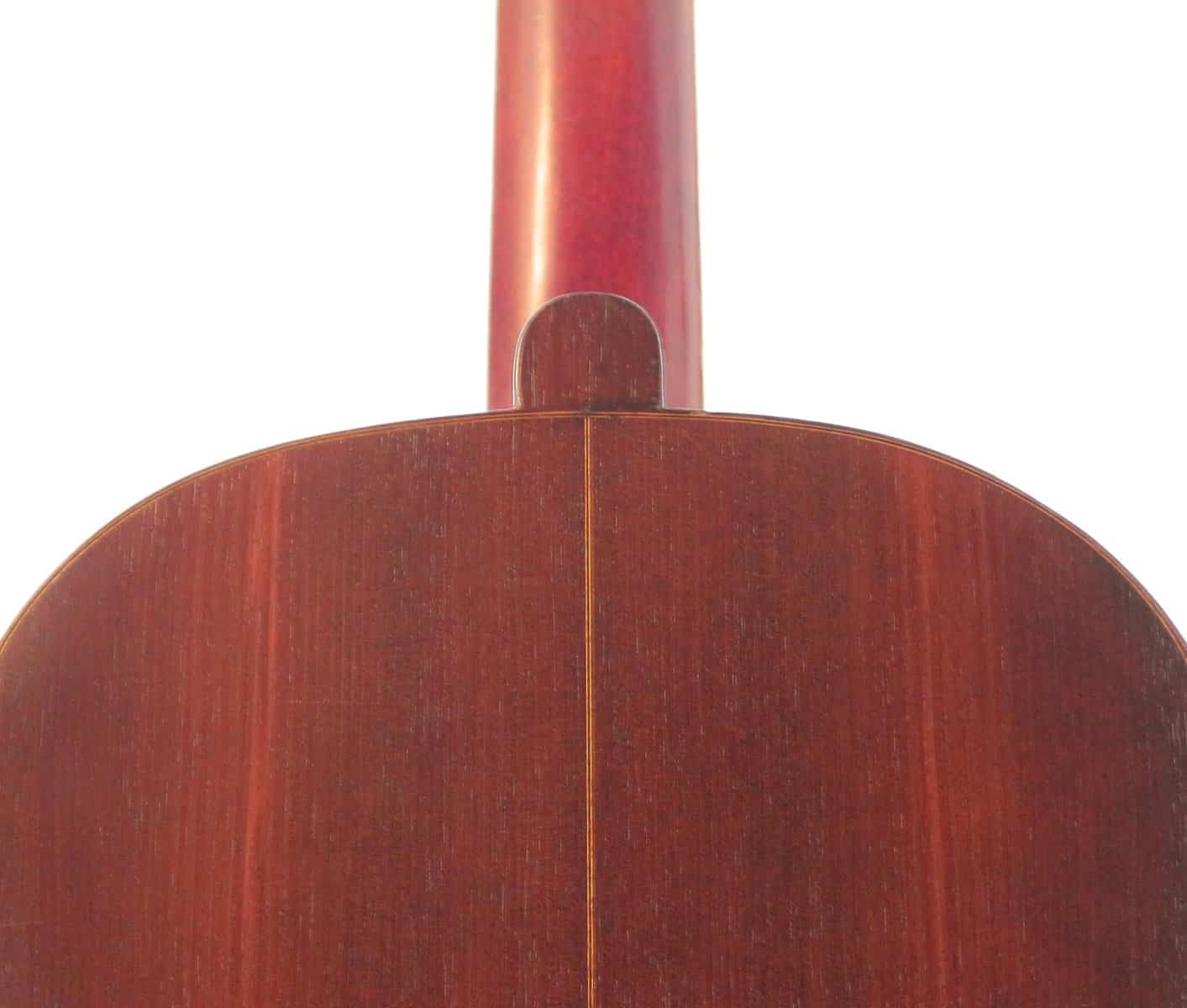 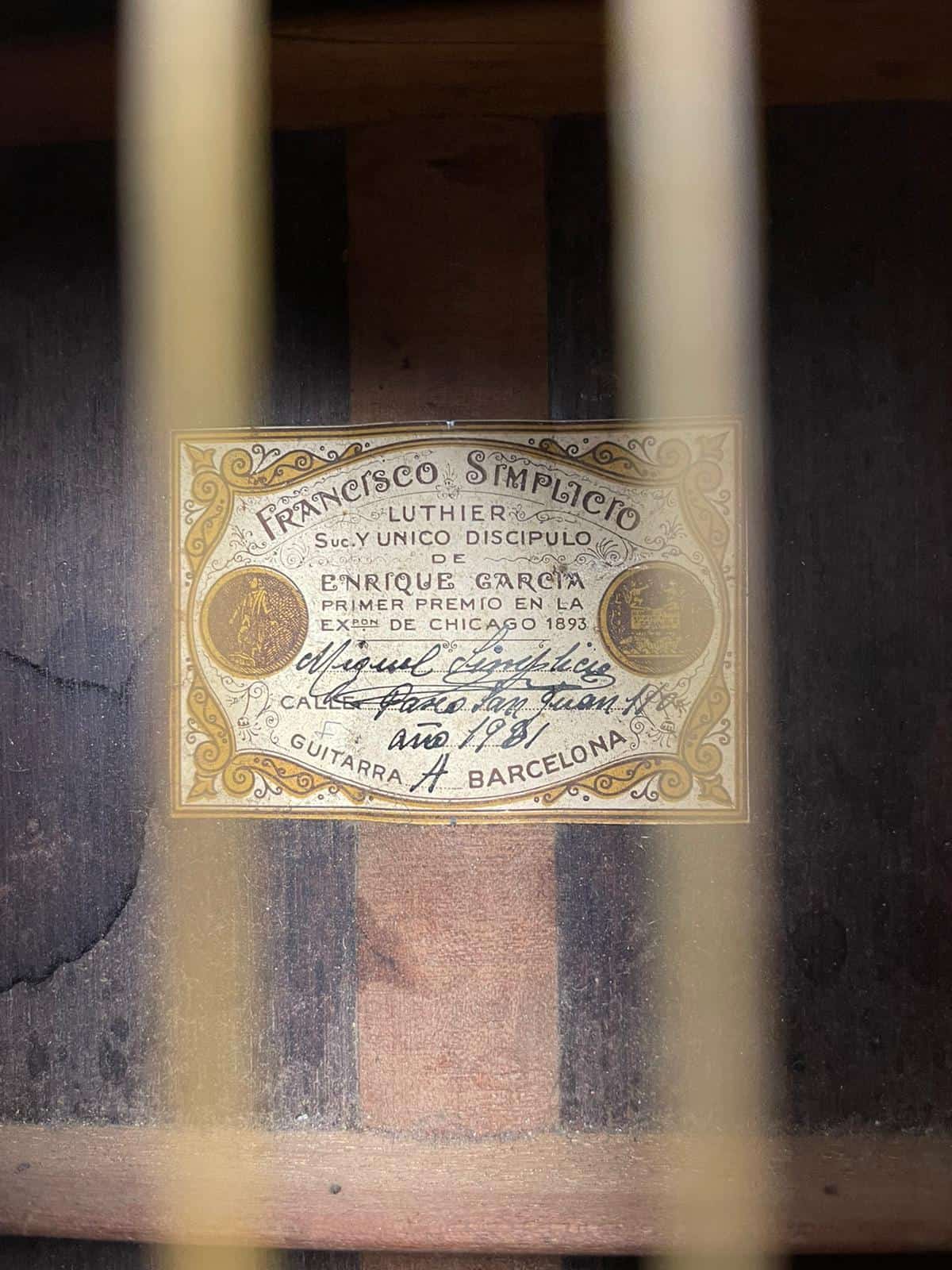 This guitar is a true gem for several reasons:

1. It is one of the rare “A” models, which are made in Antonio de Torres style. There are 343 numbered guitars, plus 7 with the letter “A” by Simplicio.

2. It is in amazing condition for its age. A true collectors grade guitar.

Francisco Simplicio, one of the most respected Spanish guitar makers of the 20th century, was born in Barcelona, Spain in 1874. He first worked as a cabinetmaker and then learned the art of guitar making as an apprentice of the famous luthier Enrique Garcia. When Garcia died in 1922, Francisco Simplicio became the owner of his famous workshop and soon after he won the prestigious prize at the Barcelona International Exhibition.
Miguel Simplicio started to apprentice with Enrique Garcia in 1920 and worked from 1922 on in his fathers shop. Basically all guitars under Francisco Simplicio’s label were built from both father and son. This guitar from 1931 is the first known guitar signed by Miguel Simplicio.

This guitar has an exceptionally fine spruce top. The sides and back are made of very high quality rosewood. The ebony headstock has the typical Torres style and high quality tuners. It also has a Torres style rosette.
To the delight of collectors, the guitar is in very nice shape. The scale length is 650 mm and the nut width is 50 mm.

The sound is incredibly impressive – the guitar has an indescribable depth in every note across the entire register with a great bass and lyrical highs. It just has everything you would expect from a great guitar and is very lively and “friendly” with great charm and personality.
The ease of playability allows the guitarist to let his creativity run free, as one gets the impression that the notes literally jump out of the guitar.
Simplicio’s instruments with this sound quality are hard to come by, so we are proud to present this very rare and collectible guitar from one of the great masters of the twentieth century.

This beautiful Francisco Simplicio is the perfect addition to any historic guitar collection.