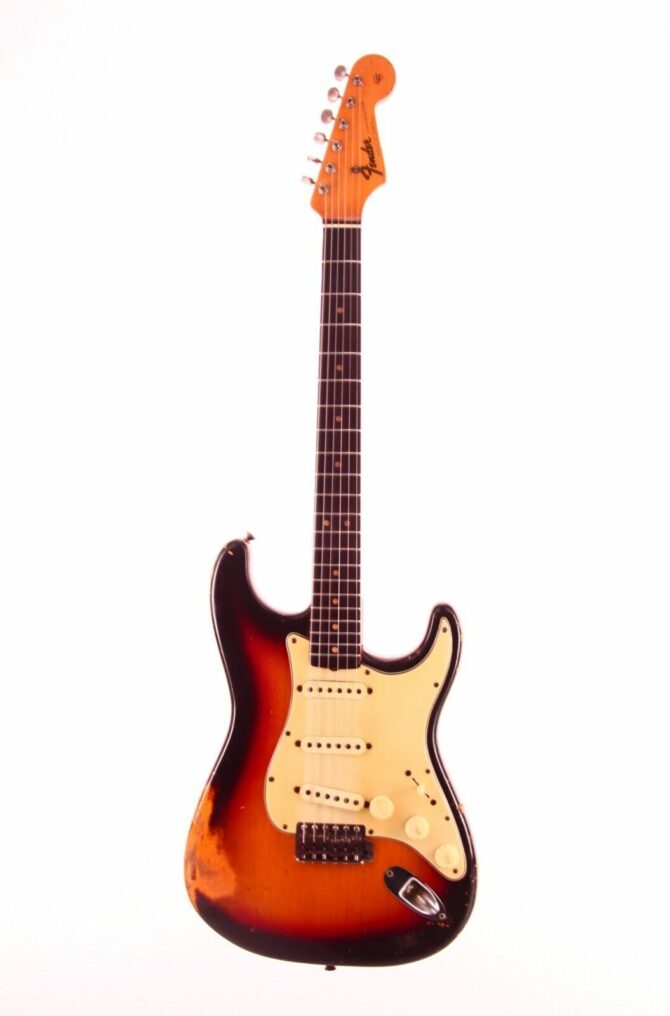 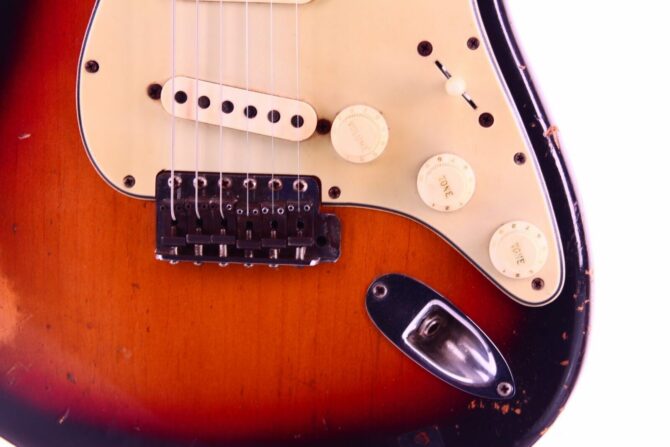 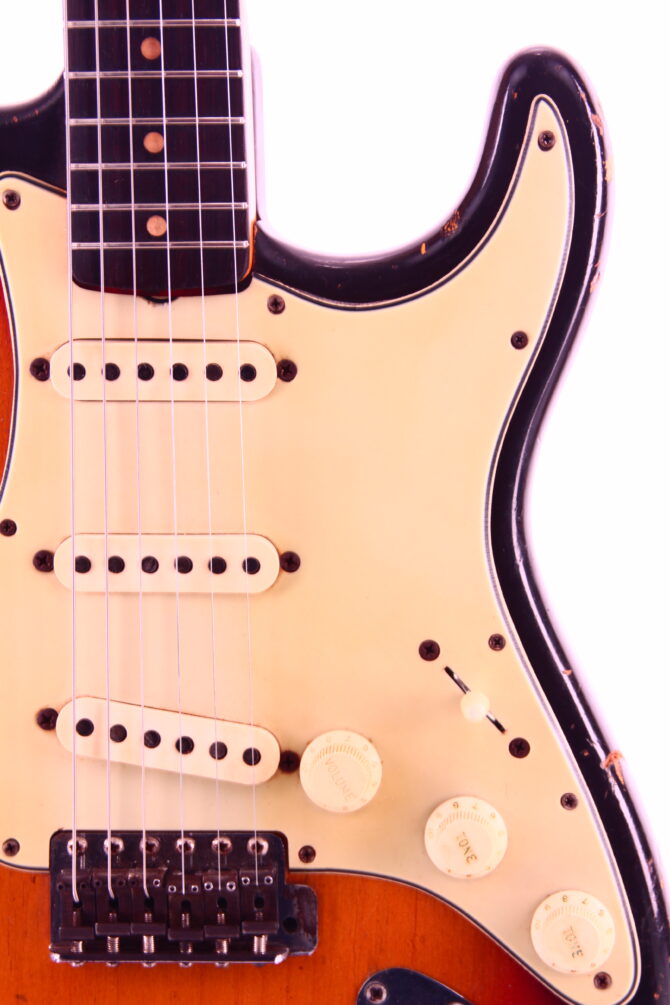 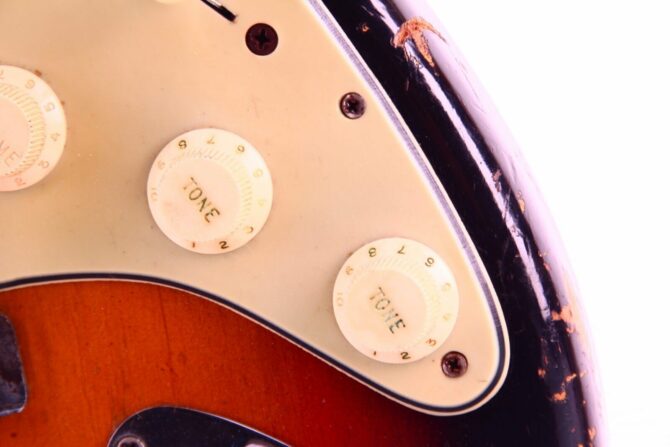 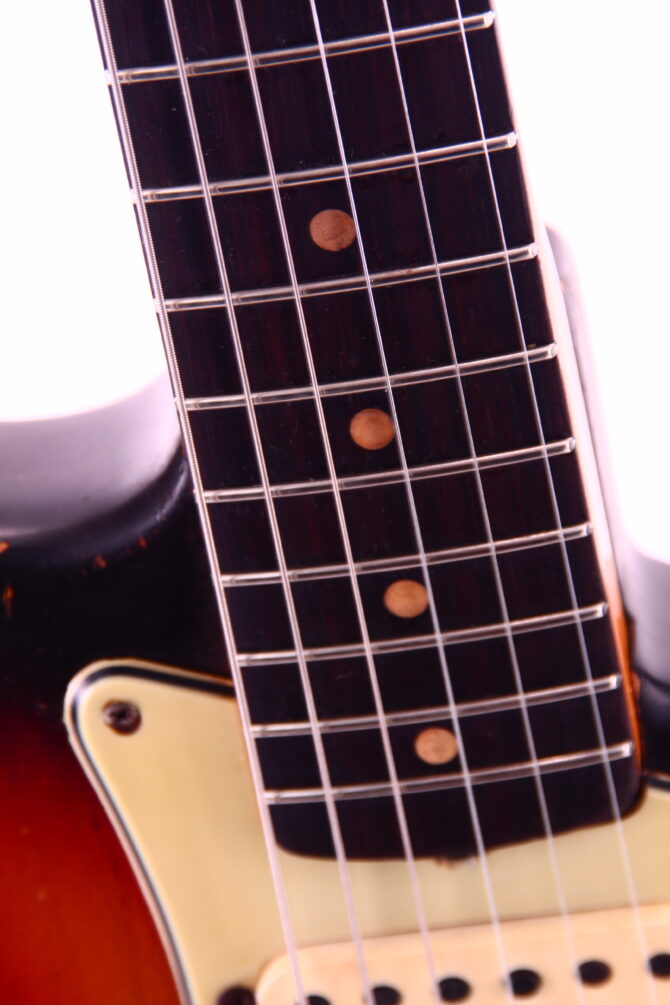 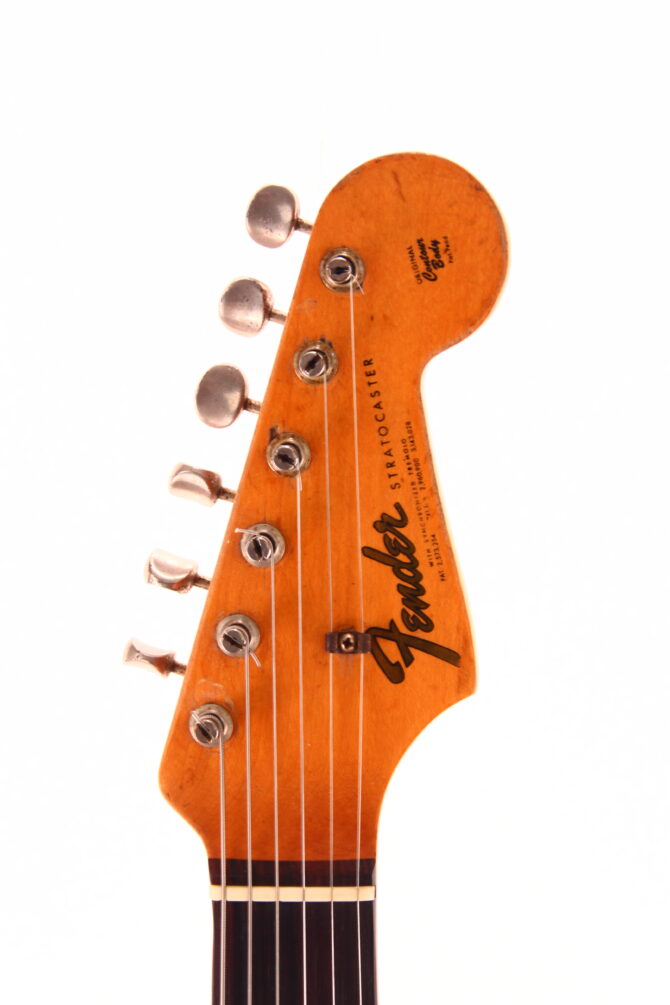 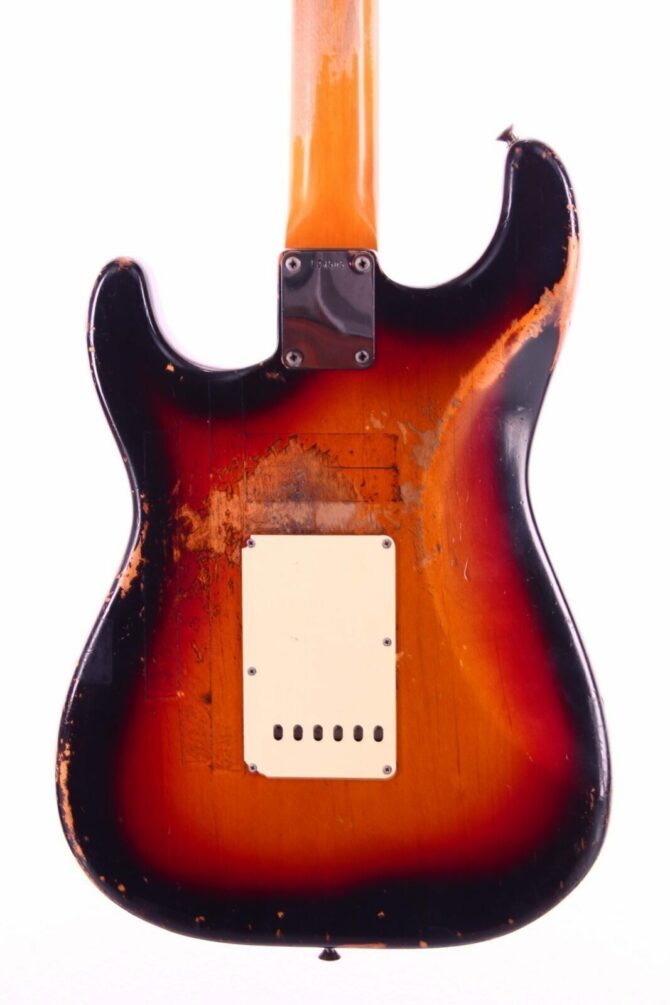 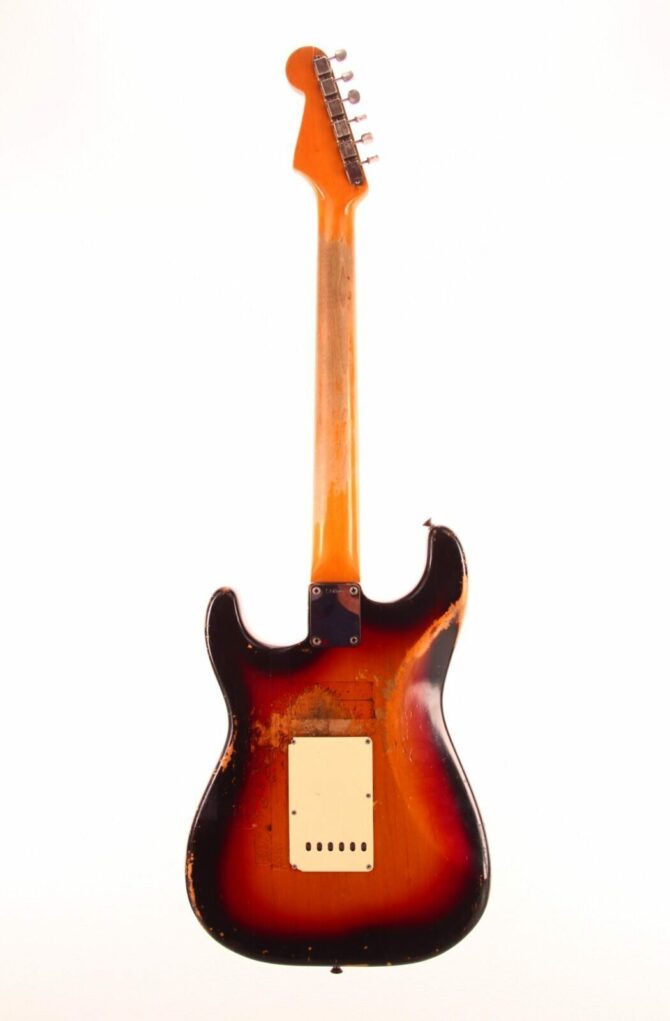 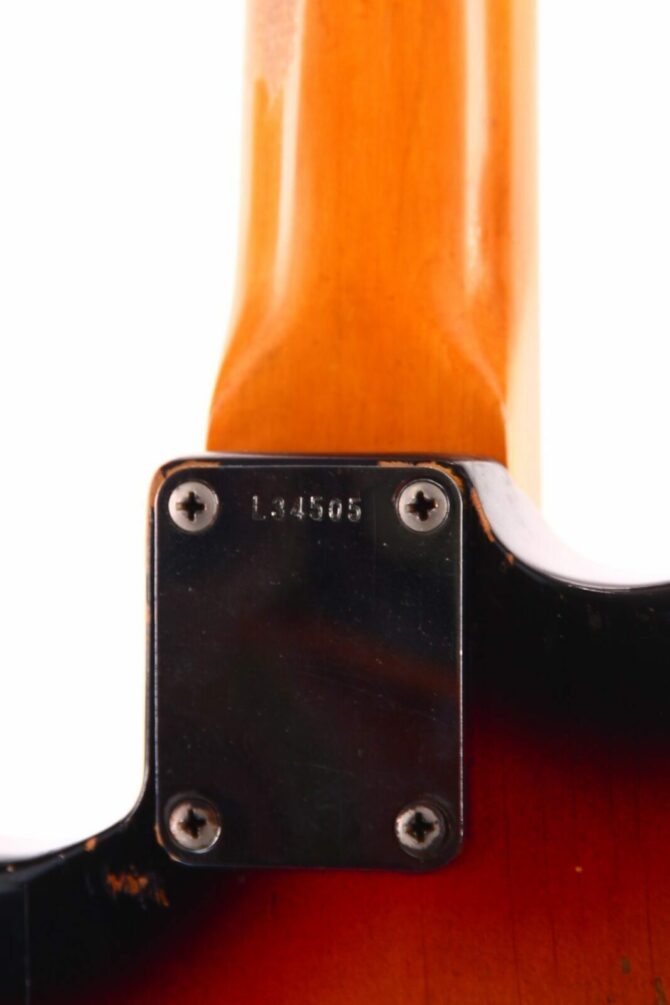 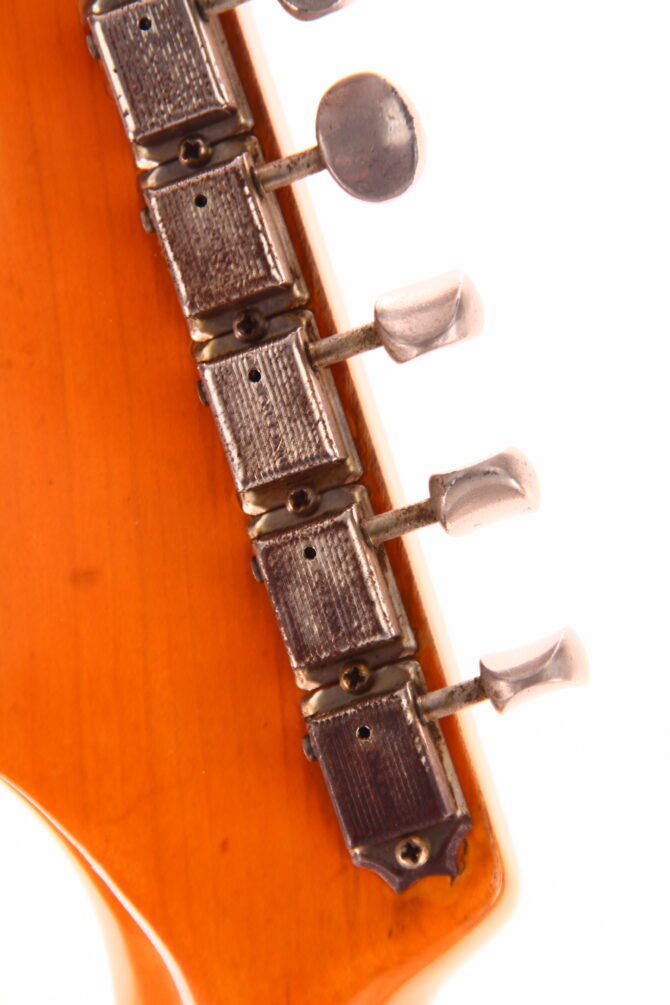 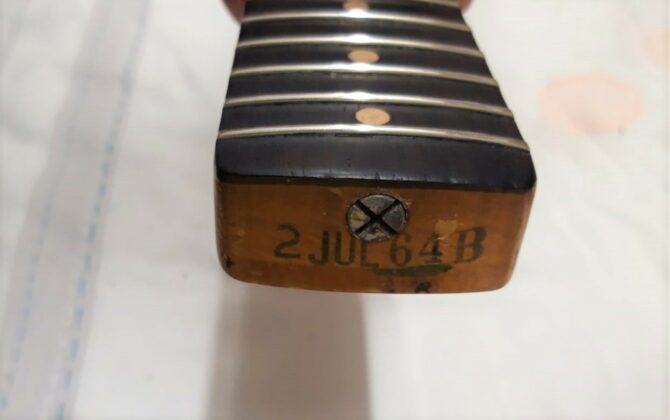 An original Fender Stratocaster from 1964 in sunburst finish – coveted and collectible from the Pre-CBS period.

The Fender Stratocaster from before 1965 is probably the most legendary electric guitar in the world. Leo Fender started producing these guitars for the broad public in 1954.
The production until 1965 (Pre-CBS phase) took place under very high quality controls, small quantities and with the best materials. Therefore these guitars are very popular among players and collectors.

This guitar was built in 1964 and painted with a 3-tone sunburst finish. It is a well played and loved instrument and as a result the original finish has a cool vintage look.

The guitar plays fantastically and sounds incredibly good – surely a dream guitar for every player and collector. This Stratocaster shows you clearly why these guitars are so popular. It has the typical bell-like sound and this round clear tone.

The guitar is all original and weights 3.4 kg. It has received a refret and a new nut (old nut included). The previous owner has glued some transparent tape on the back to prevent the original finish from further damage – we found that cool and left it like that, because it is somehow part of this guitars personal and moved history. It surely could be removed with professional help – this is up tothe new owner. The 3-way switch has been changed for a 5-way switch (original switch included). It comes with the original trem arm, the original strap. 2 latches of the original case are broken.