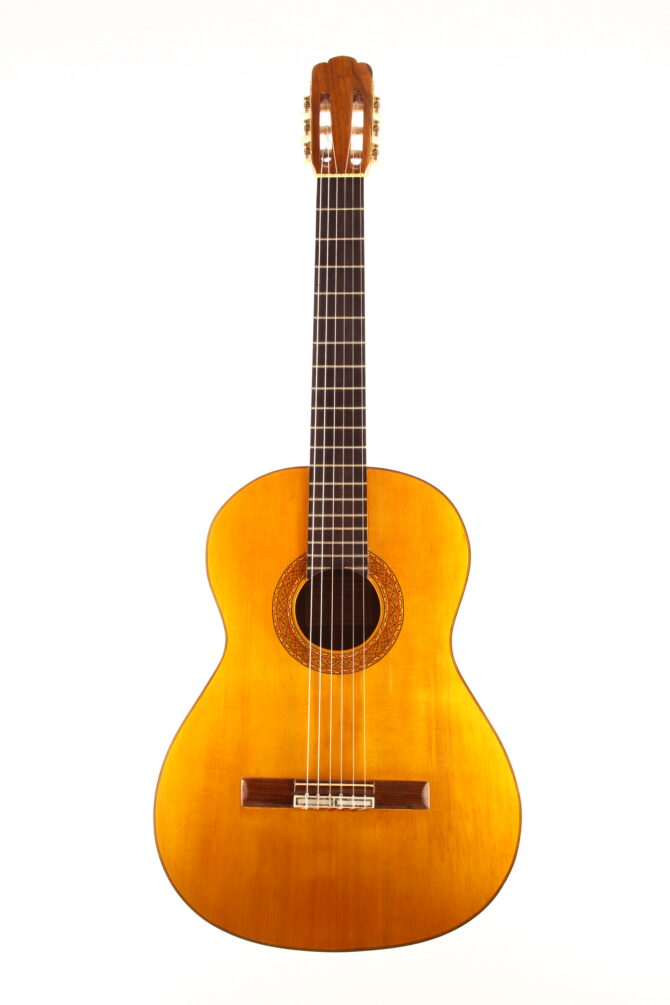 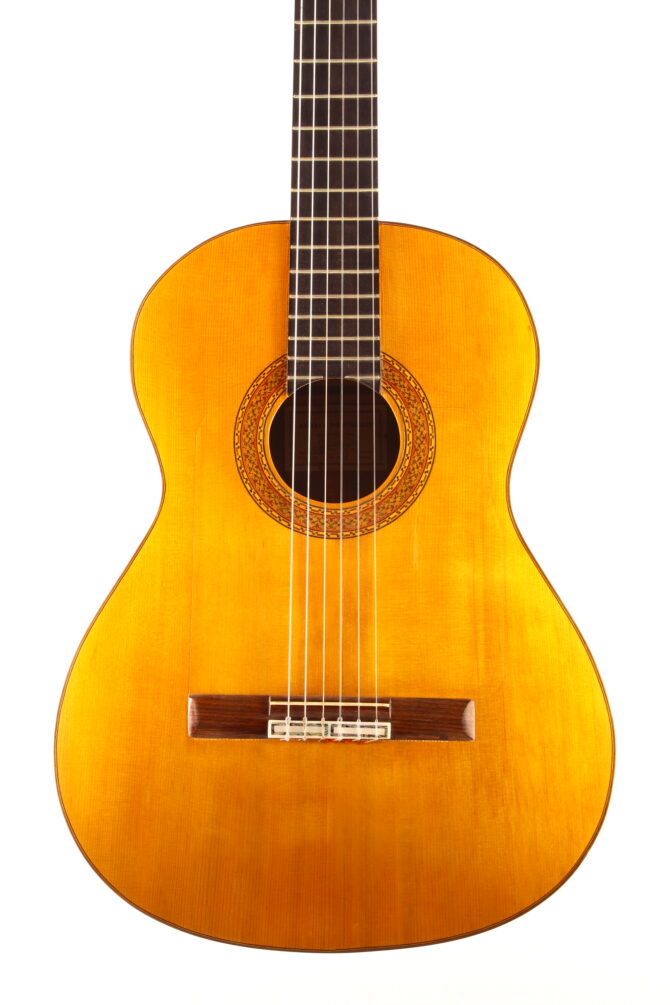 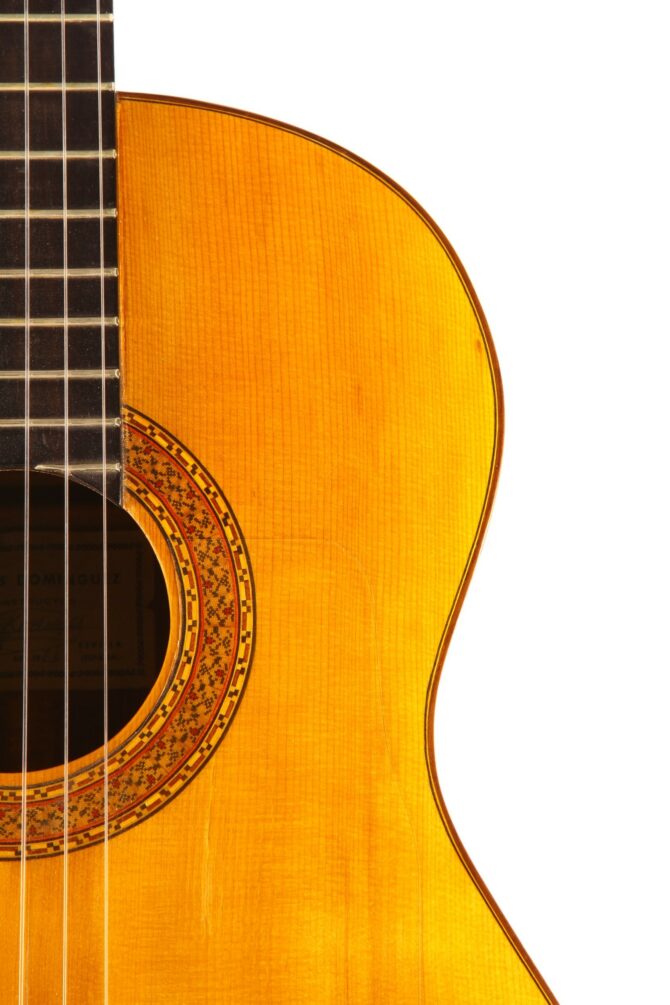 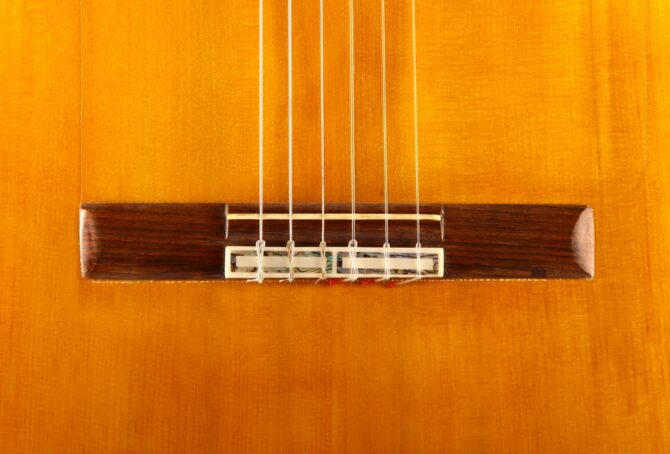 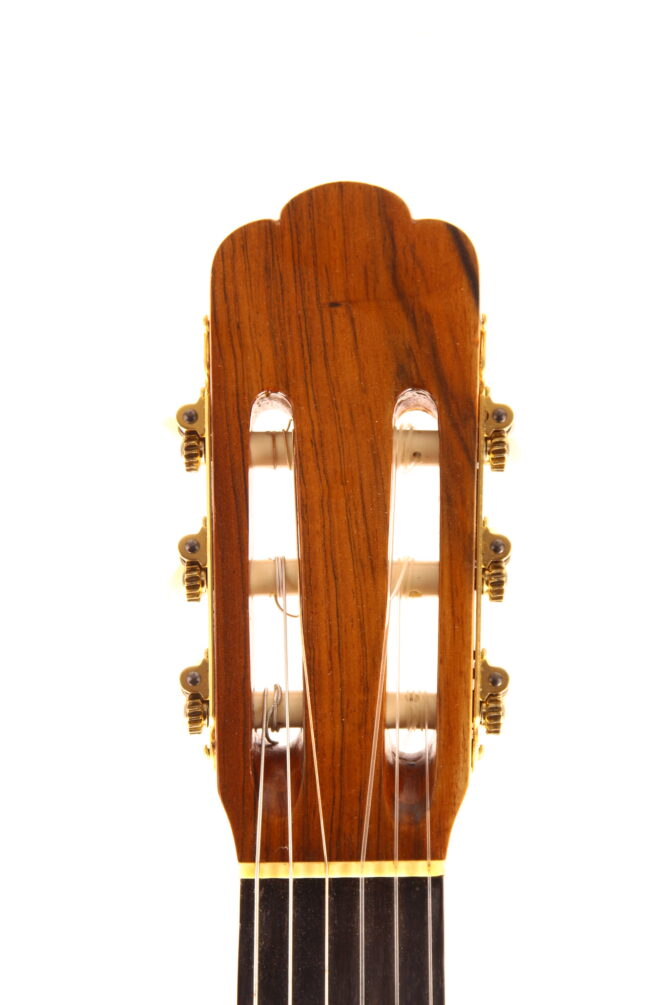 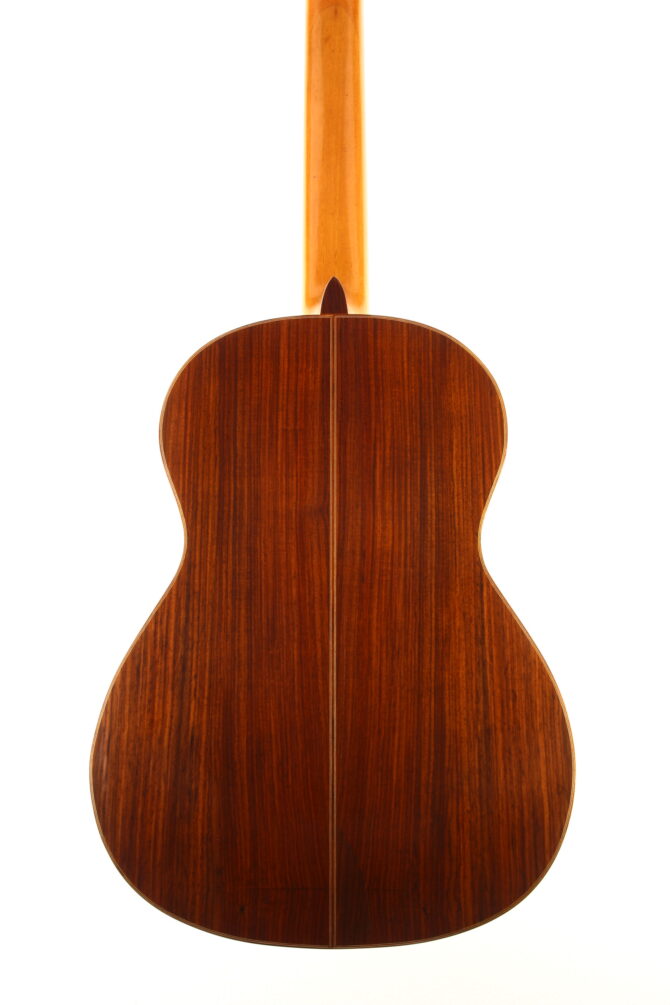 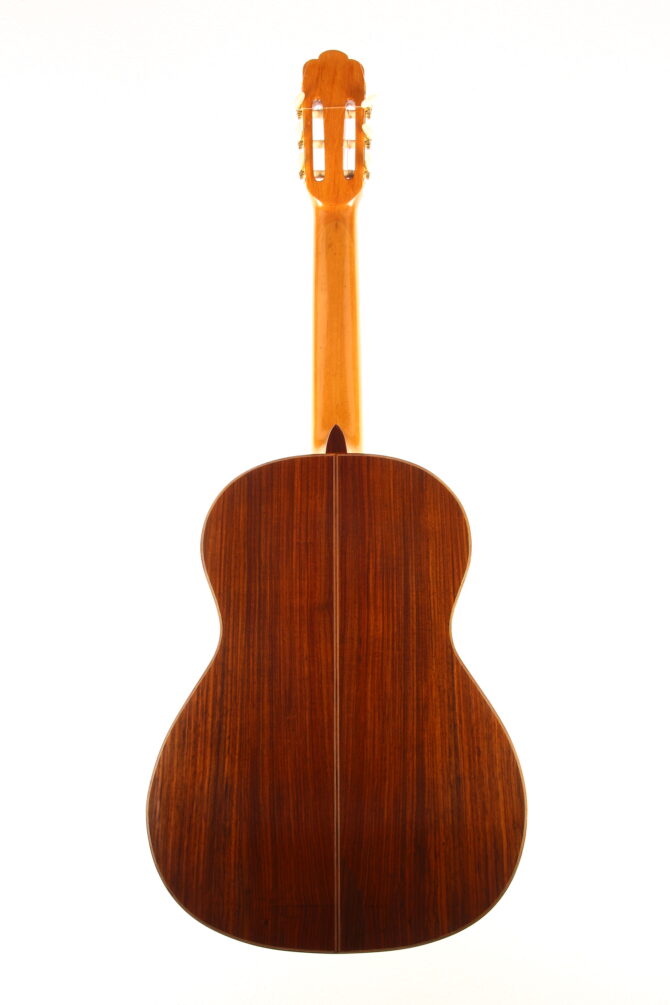 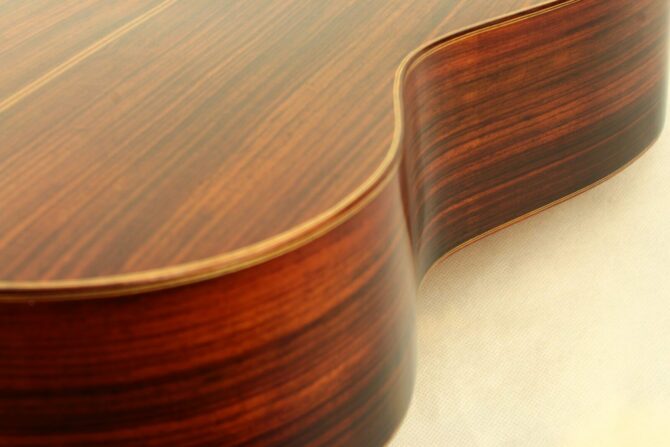 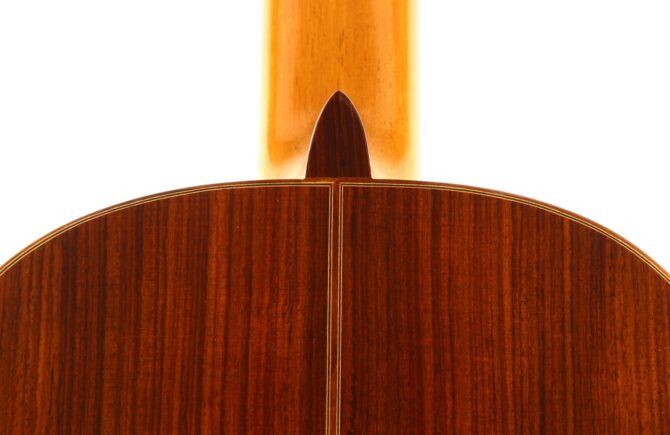 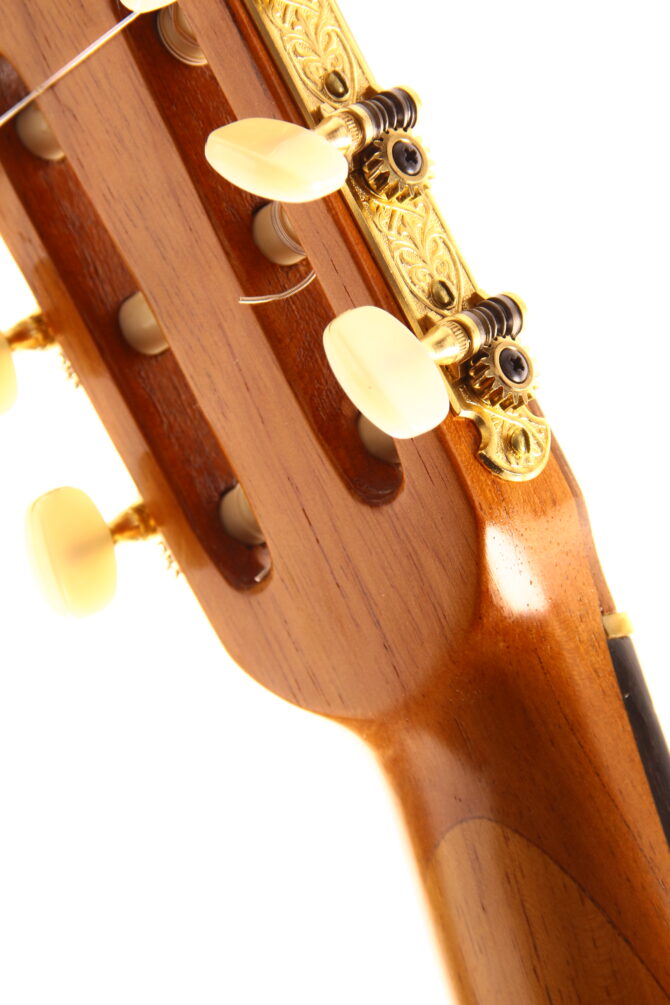 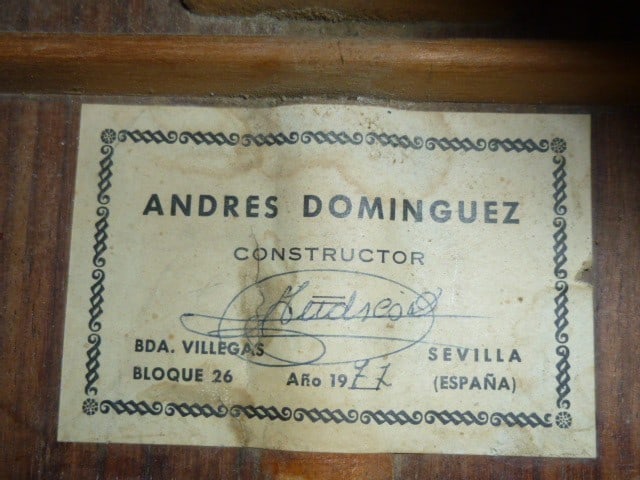 Andres Dominguez Guerrero is a luthier in Sevilla, Spain. He was born in Jerez de la Frontera in 1947. As a young man he was drawn to the guitar. At the age of 12, he debuted as a flamenco guitarist at the La Pañoleta en Jerez, where he rubbed elbows with great flamenco artists such as Fernando Galo, Romerito de Jero, and El Niño Jero. His love for the instruments, however, eventually drew him into building.

In 1965, Andres Dominguez began an apprenticeship with the luthier Manuel Ortega Sousa in Sevilla. Under his tutelage, Andrés honed his skills as a guitar maker, and in 1970 established his own workshop. Andres Dominguez is famous among the Spanish luthiers. Luis F. Leal Pinar devotes an entire chapter in “Guitarreros de Andalucia” (2004) to him. His handmade classical and flamenco guitars are based on the designs of Santos Hernandez. The sound he seeks in his guitars is one that is both focused and sweet. As he builds entirely by hand using traditional techniques of construction, his production is limited to about 15 guitars a year.

This is one of Andres Dominguez’ masterpieces at a great price. New these instruments are offered at prices of $6000 and more.

This guitar has everything you would expect from a 1a handbuilt guitar. Extraordinary easy playability, fast response and breathtaking sound, with deep basses and sweet trebles. It is a real joy to play this nice guitar, because it combines a deep and spectacular sound with a great vintage touch, which makes this guitar so characterfull.

The guitar has been professionally restored by Alberto Pantoja Martin (Sevilla). The scale length is 657 mm and the nut width 52 mm. It has a spruce top and rosewood back and sides. The finish is a frensh polish.