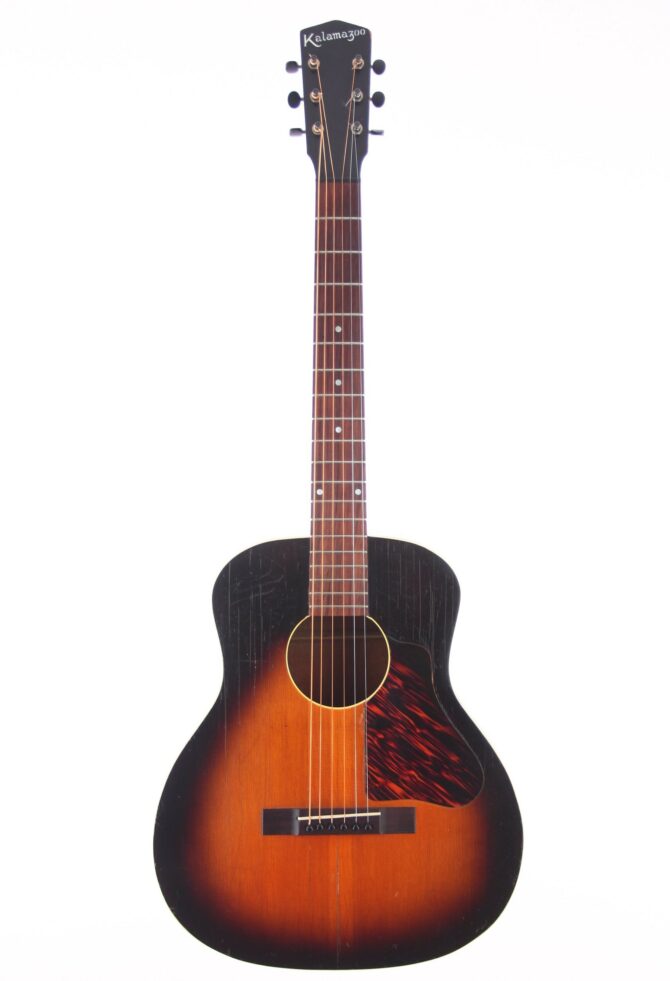 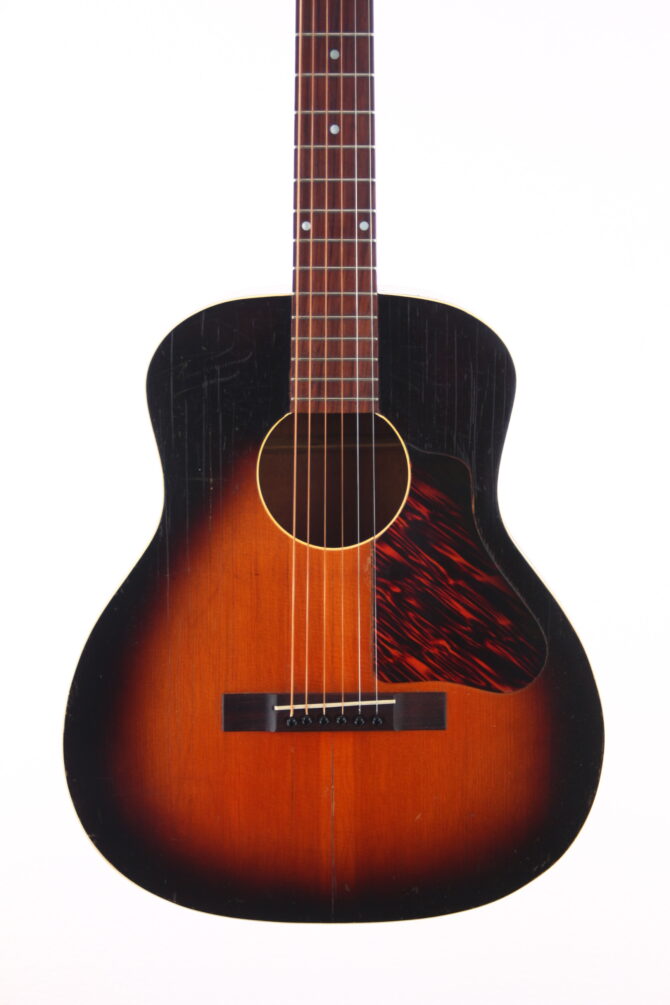 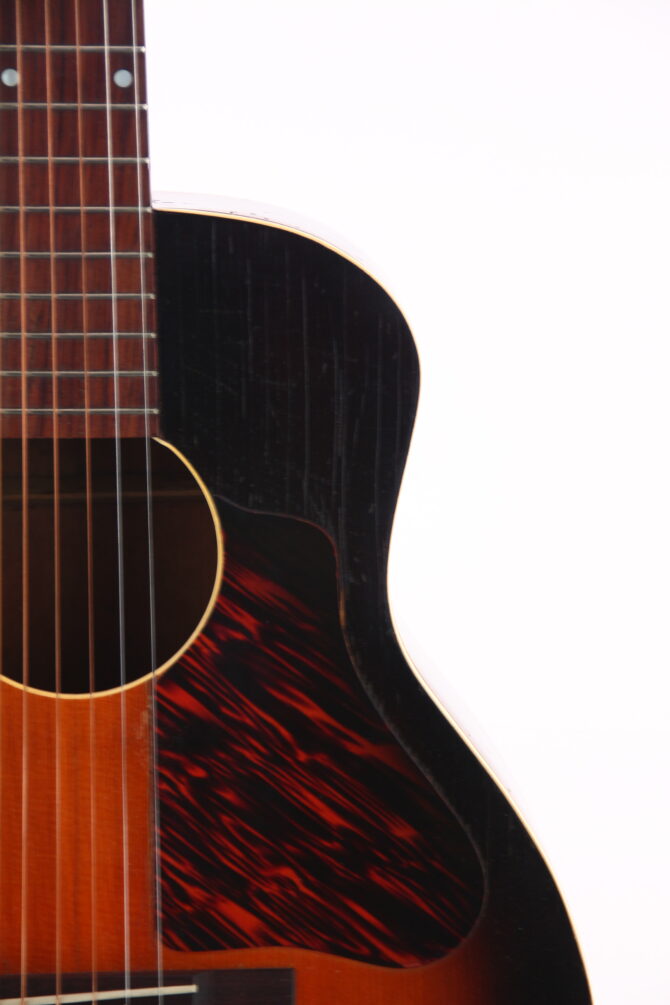 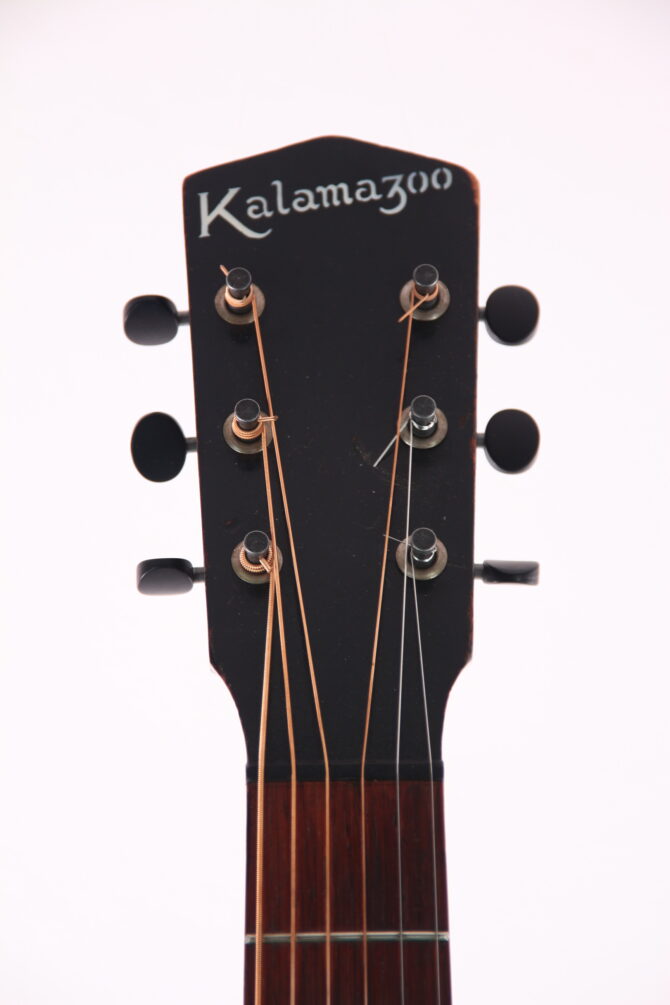 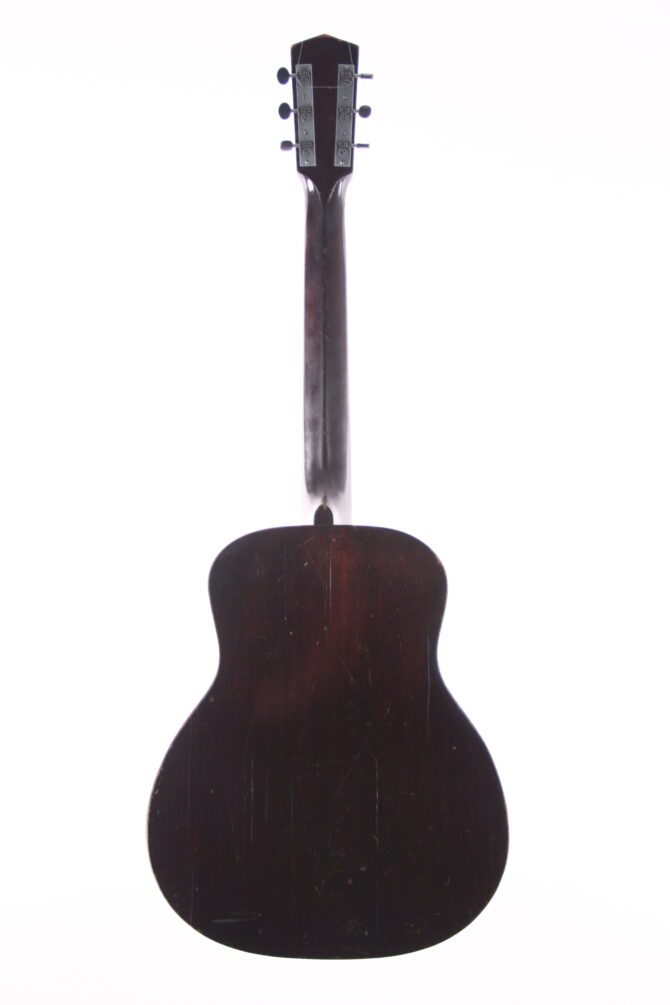 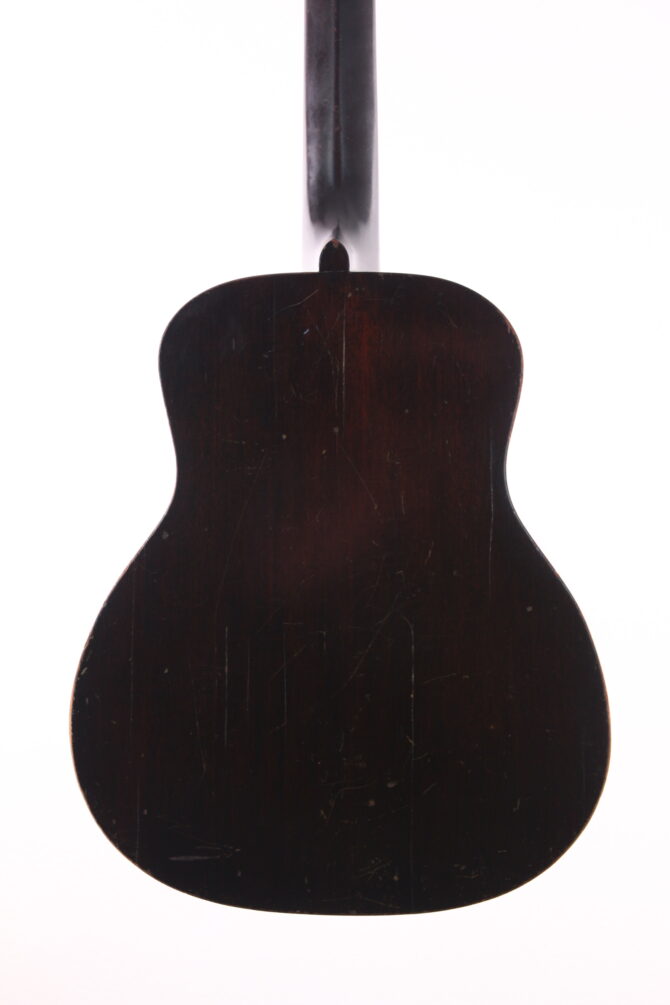 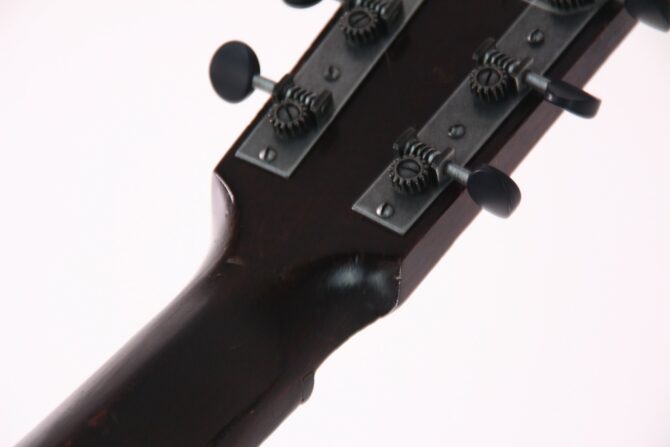 Super rare Kalamazoo KG-11 from the Gibson Factory – real Gibson sound for a fracture of the price!

This Kalamazoo KG-11 guitar is in players condition with some repairs. Everything is completely solid and it has had a neck reset – the playability is great!
Tuners have been exchanged with high quality and suitable vintage style tuners.