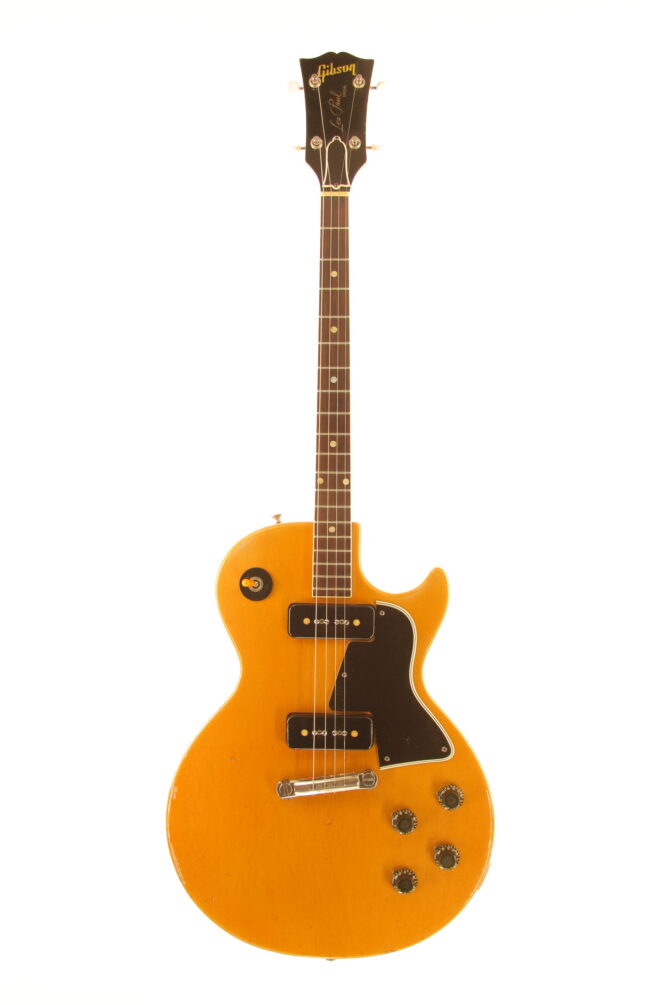 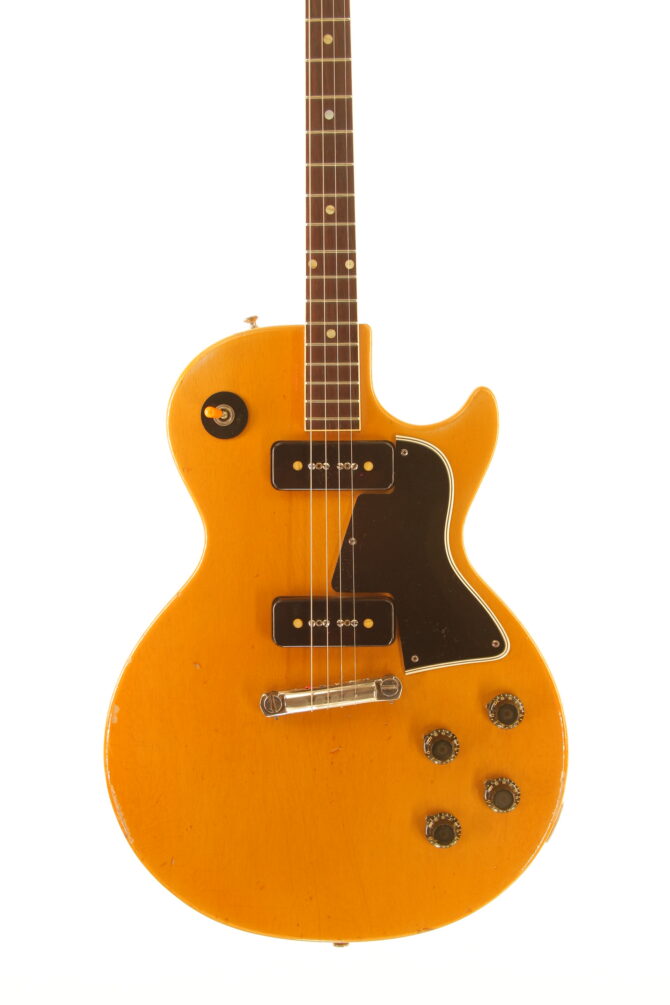 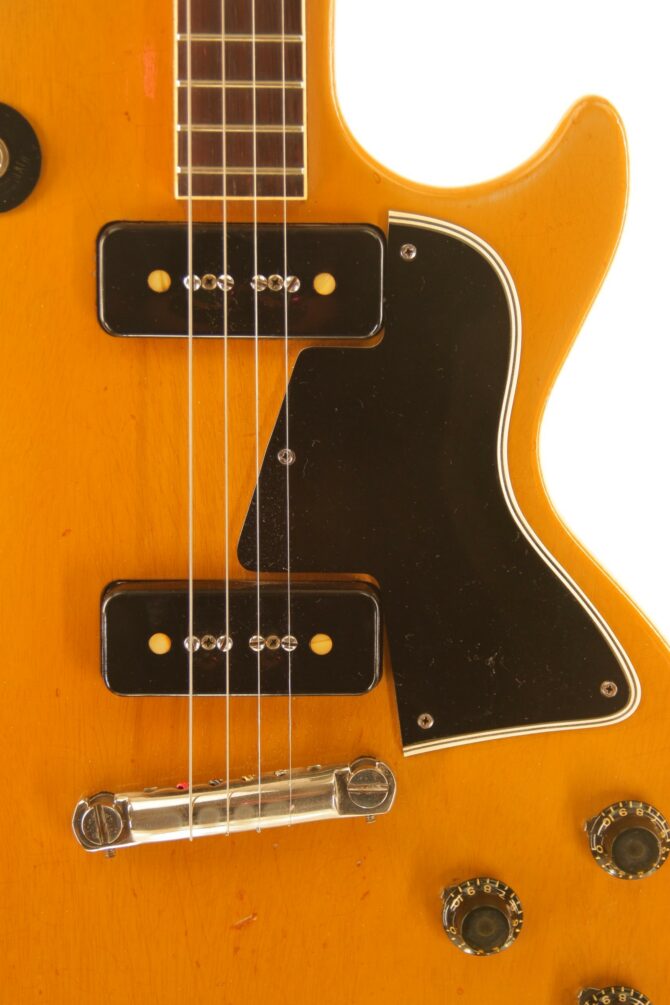 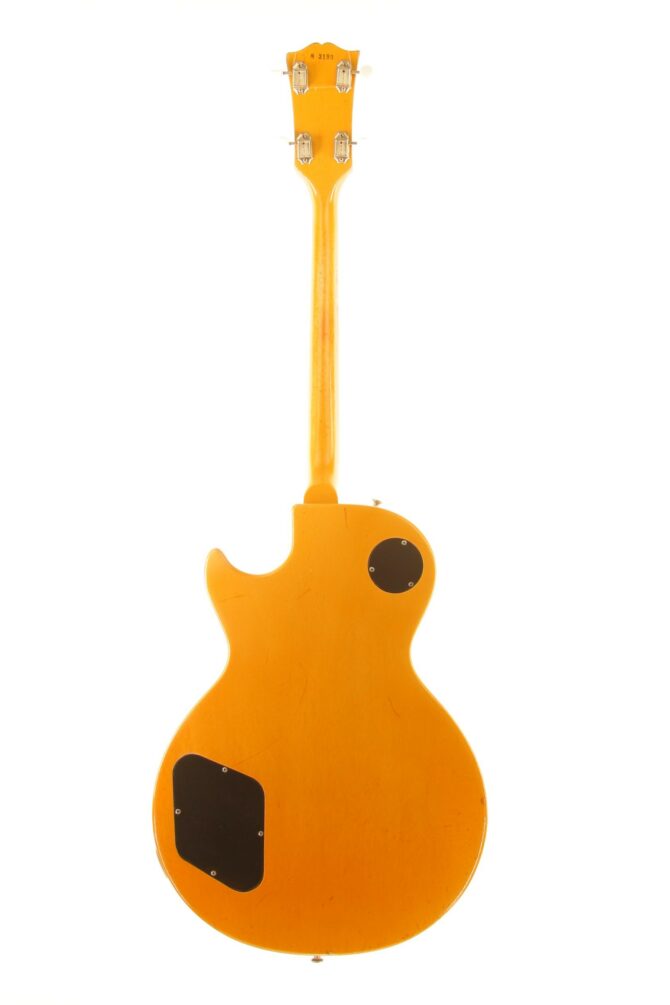 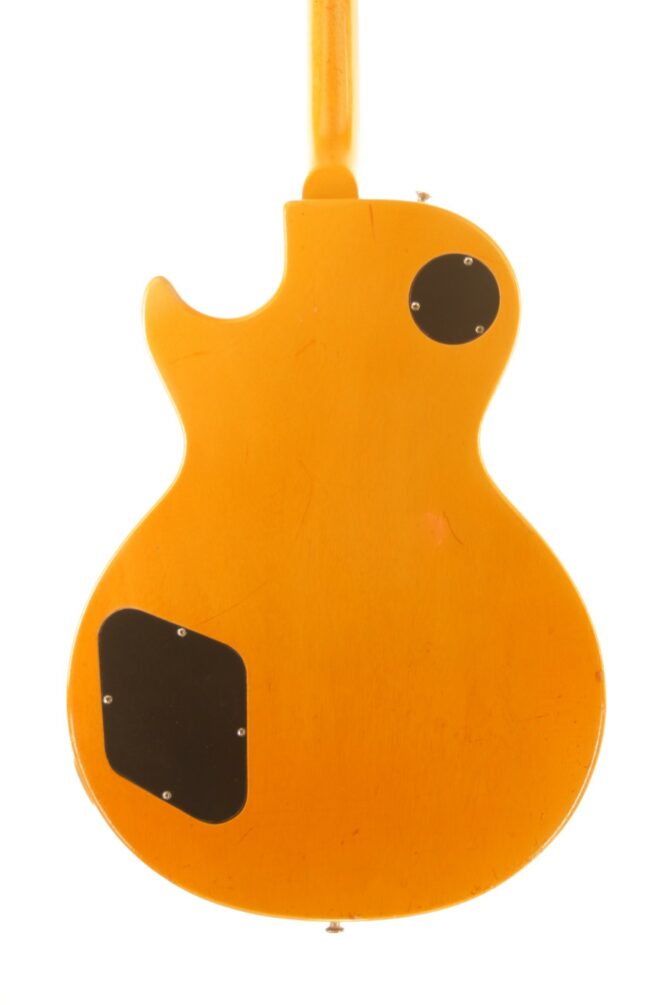 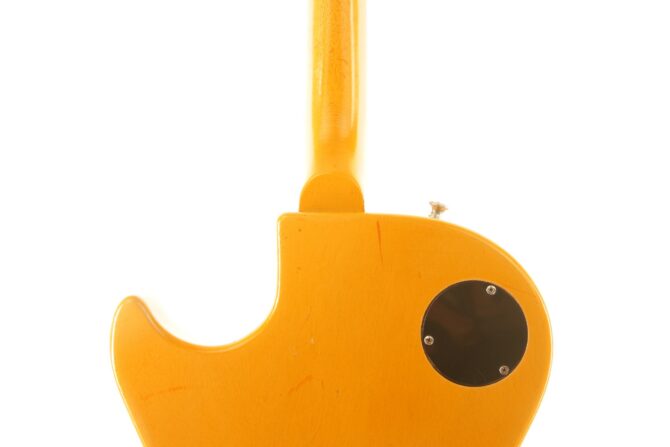 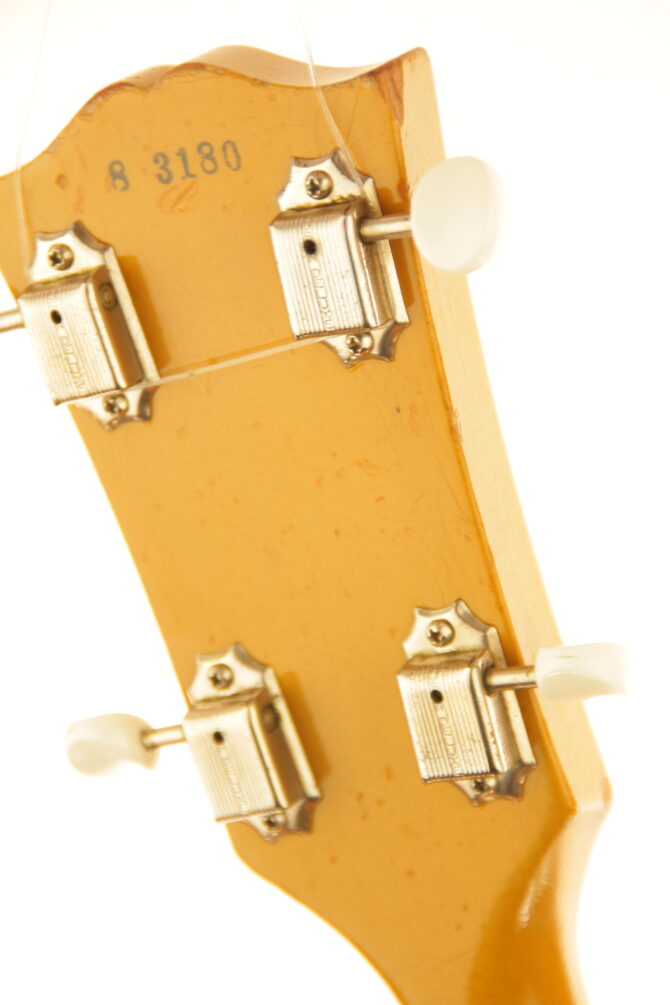 1958 was the last year for the single cuataway, flat top Les Paul Special, that was first introduced in 1955.

And this is an ultra rare examle of a Gibson Les Paul TV special tenor guitar from 1958 – very hard to find!

It has a mahogany body and a one piece bound mahogany neck with with 22 frets
on the fretboard and ten dot inlays. A pearloid Gibson logo along with a silk screened gold Les Paul Special can be found on the Black headstock. Other features include a wrap around stud/tailpiece loop-over bridge combination, Kluson deluxe tuning keys with plastic buttons, nickel plated parts, black five ply beveled edge pickguard, and four black bonnet knobs. Unique to 1958, the rhythm/treble switch has a large rubber washer surround.

100% original – tuner knobs have benn replaced, but the originals are coming along with the guitar. Original Brown Lifton Case … just like a Burst Case! … Plays and sounds as a DREAM!