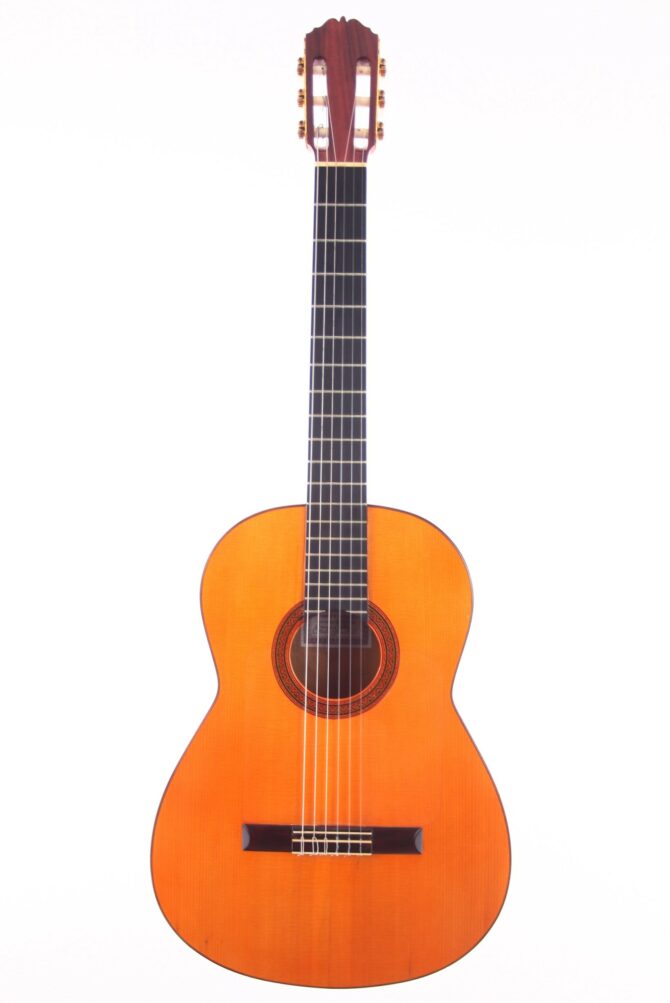 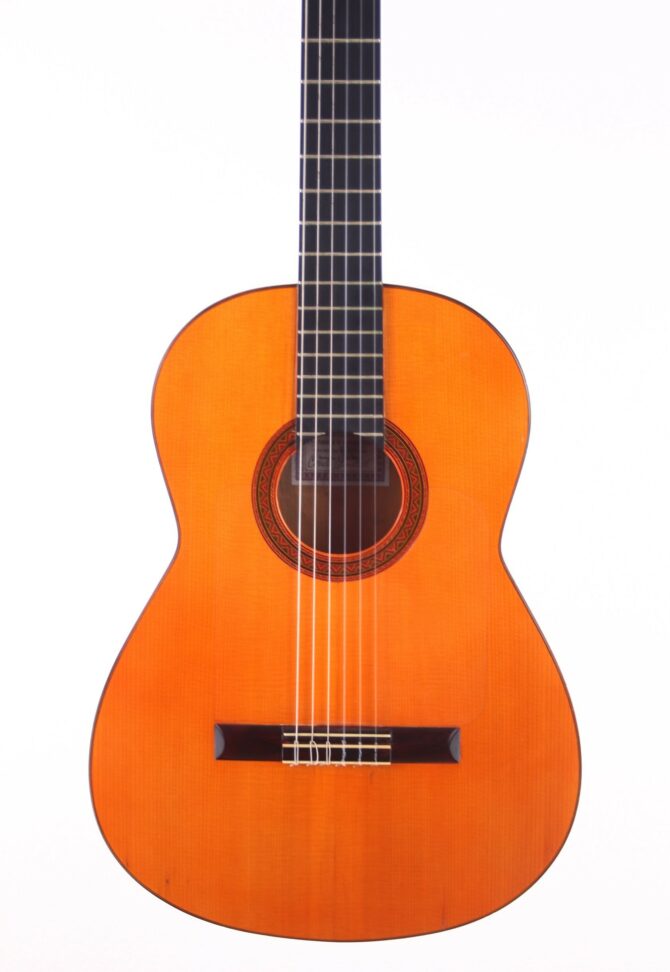 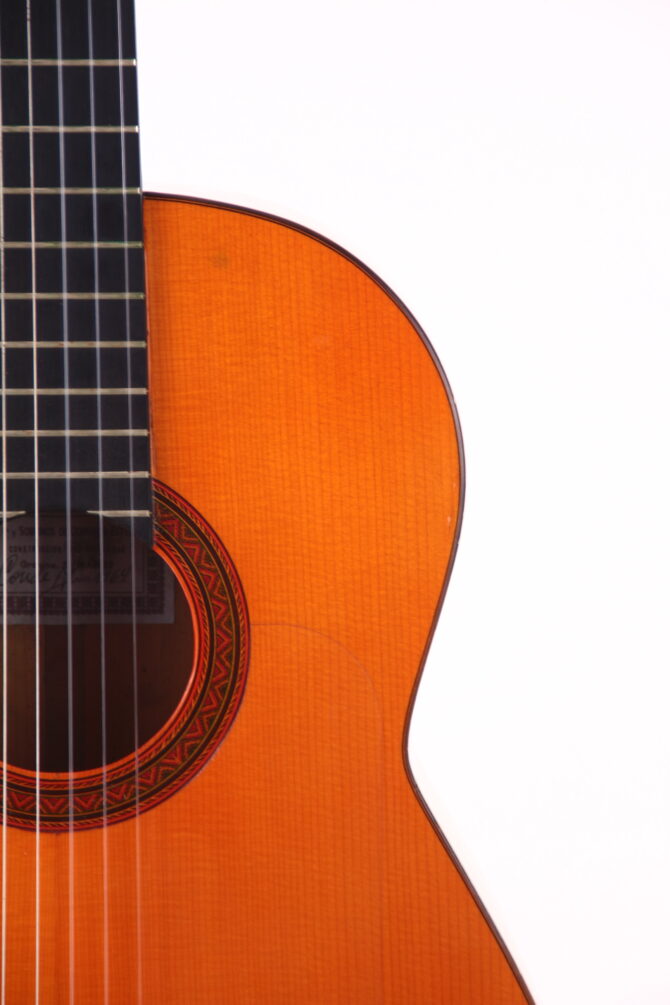 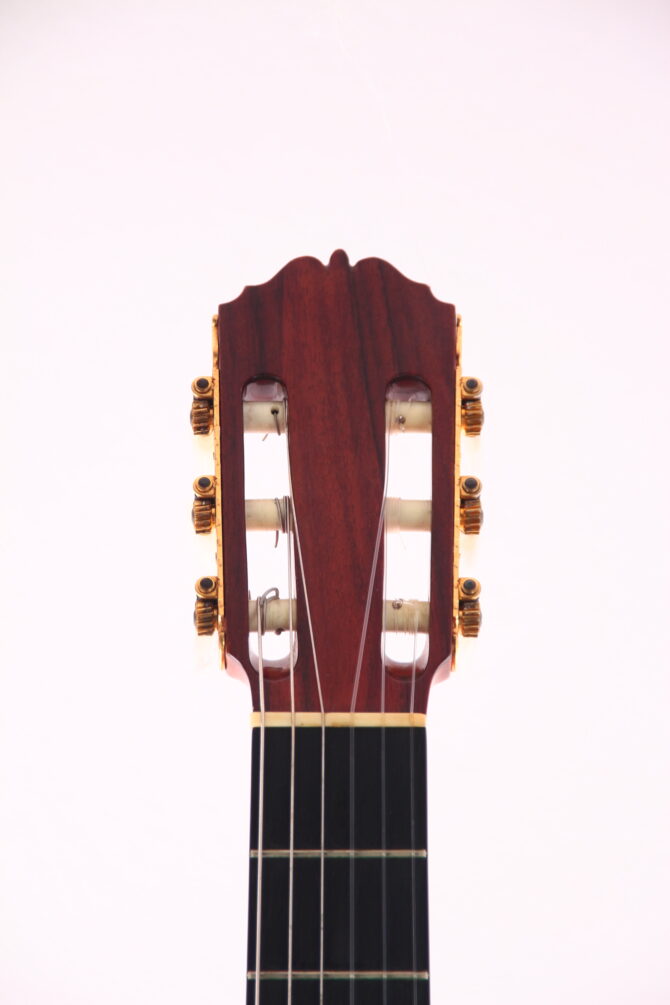 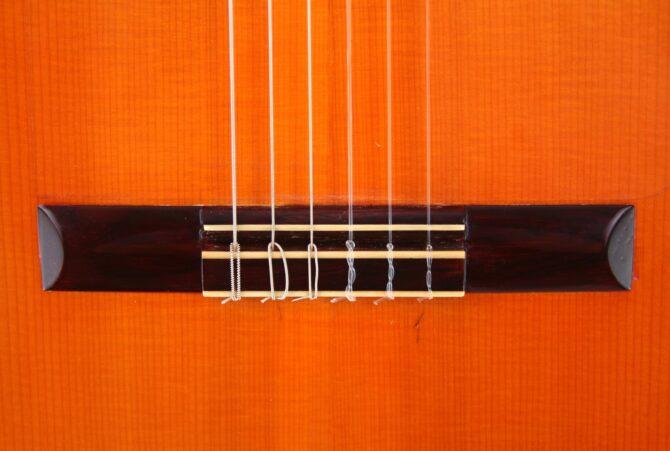 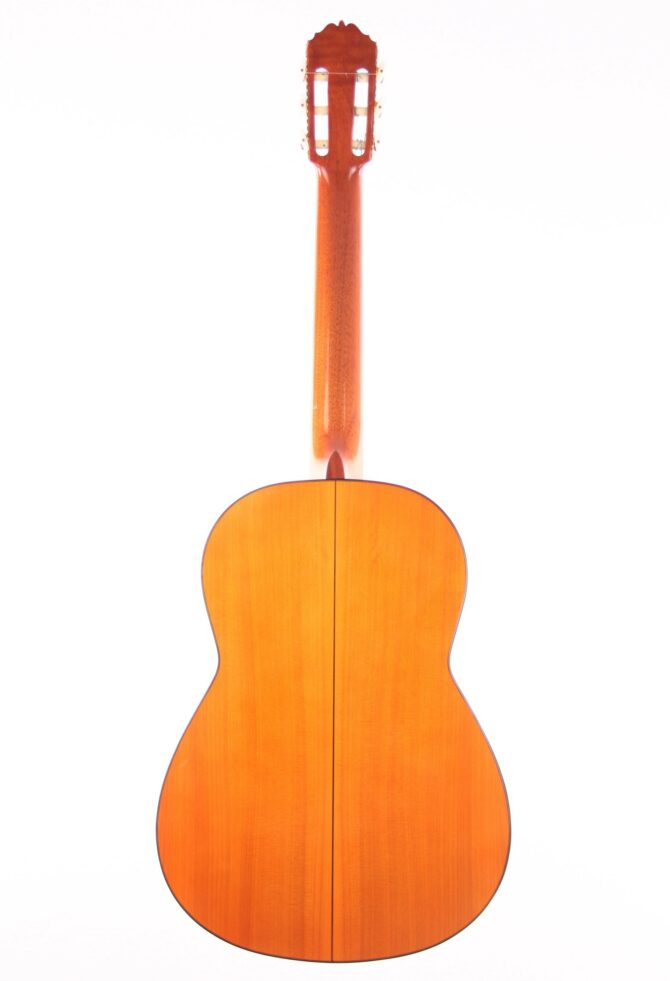 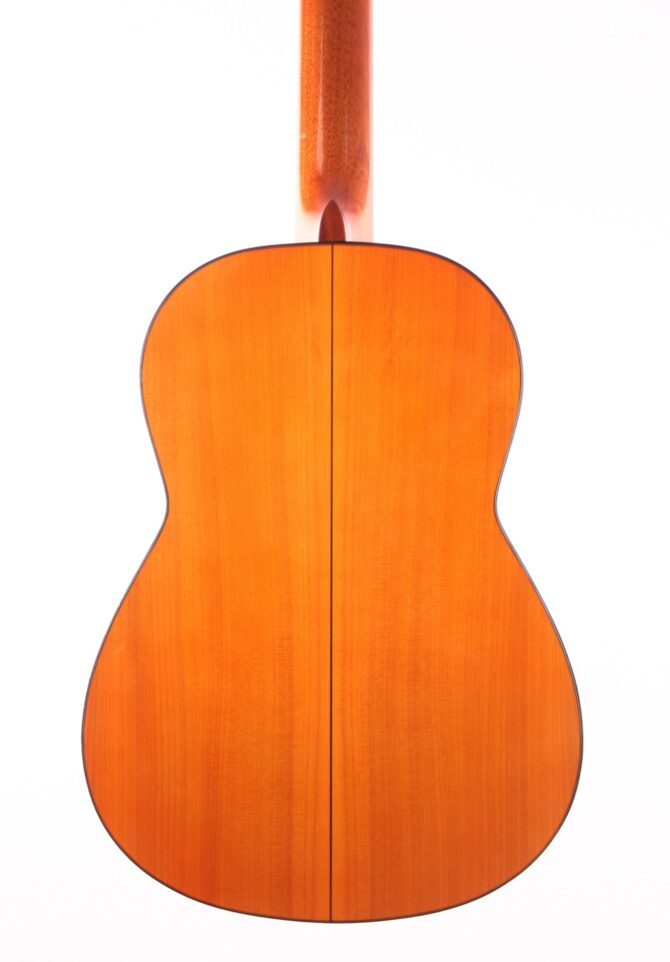 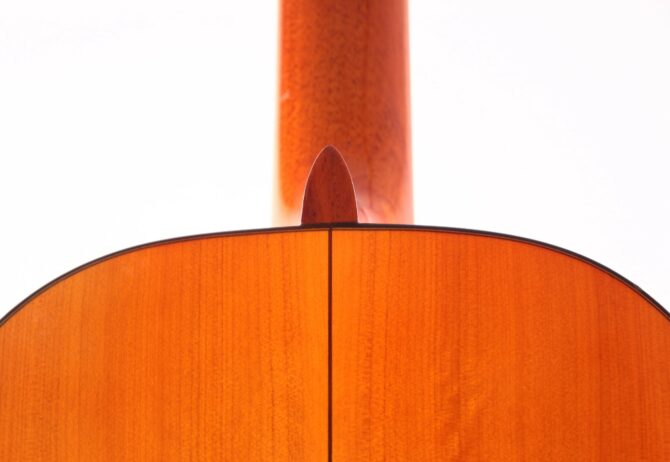 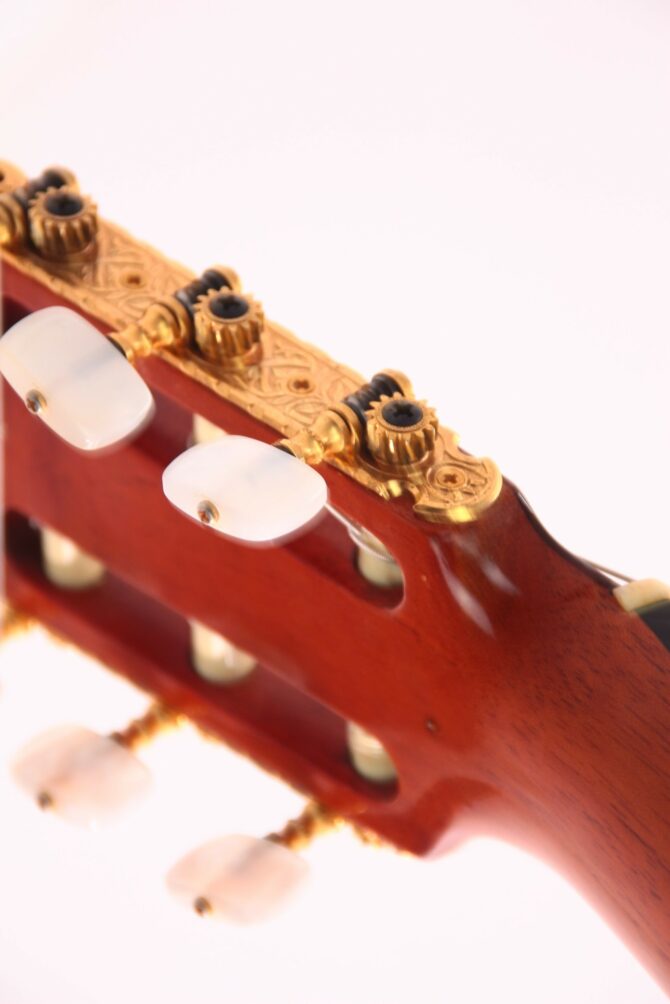 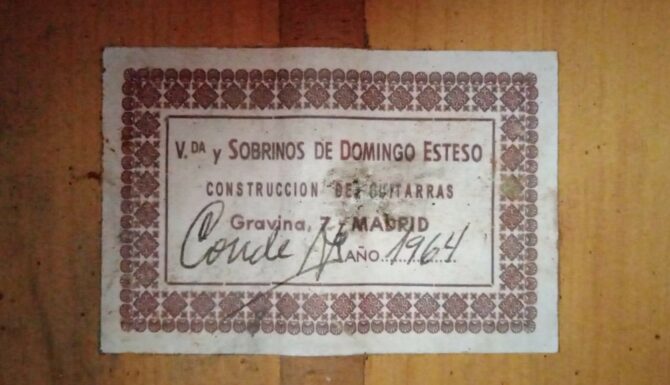 A nice Flamenca Blanca from the Faustino Conde period – the best of what you can get from Conde Hermanos!

This guitar was made with the best materials, the finest craftsmanship and the most beautiful features – it is a guitar that corresponds to the guitars Paco de Lucia played – and it has still this beautiful Esteso headstock design.

The top is made of fine german spruce. Back and sides are made of best cypress wood.
The guitar offers an absolutely furious sound. It is a very light guitar with a typical Spanish sound. The response of the sound is immediate with a powerful and warm timbre. It is both percussive and very melodious, perfectly adapted to flamenco playing. It is therefore a superb vintage guitar with an impressive sound and an important history.
A sound just as you know it from the recordings of the great old masters.

This Faustino Conde is well adjusted and it gives the feeling that the guitar plays by itself. Perfect action, straight neck. The scale is 662 mm and the nut width is 52 mm.
The condition is very good considering the age – just a small repair to the top!