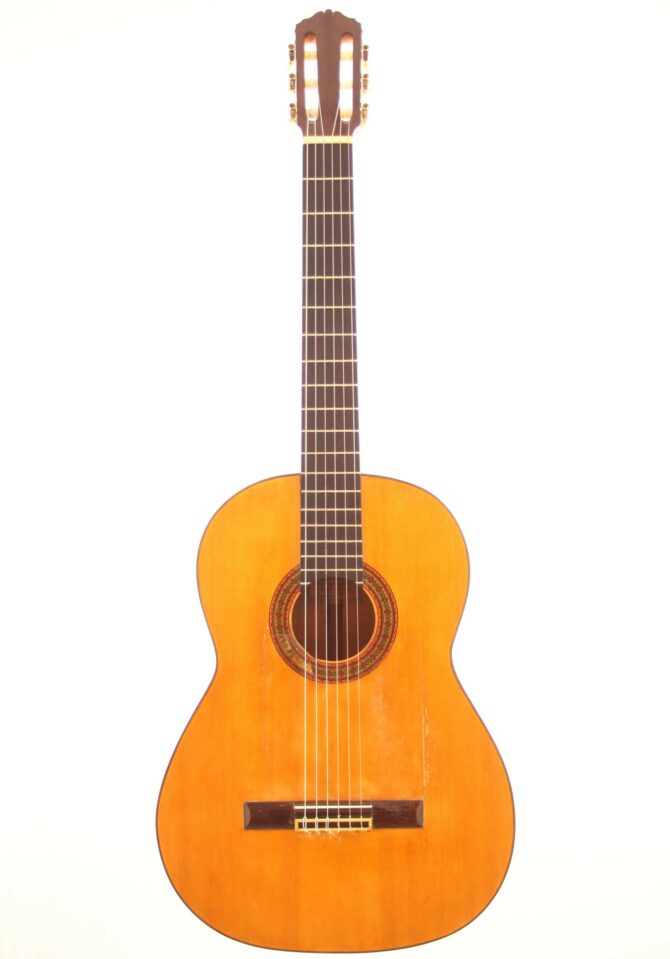 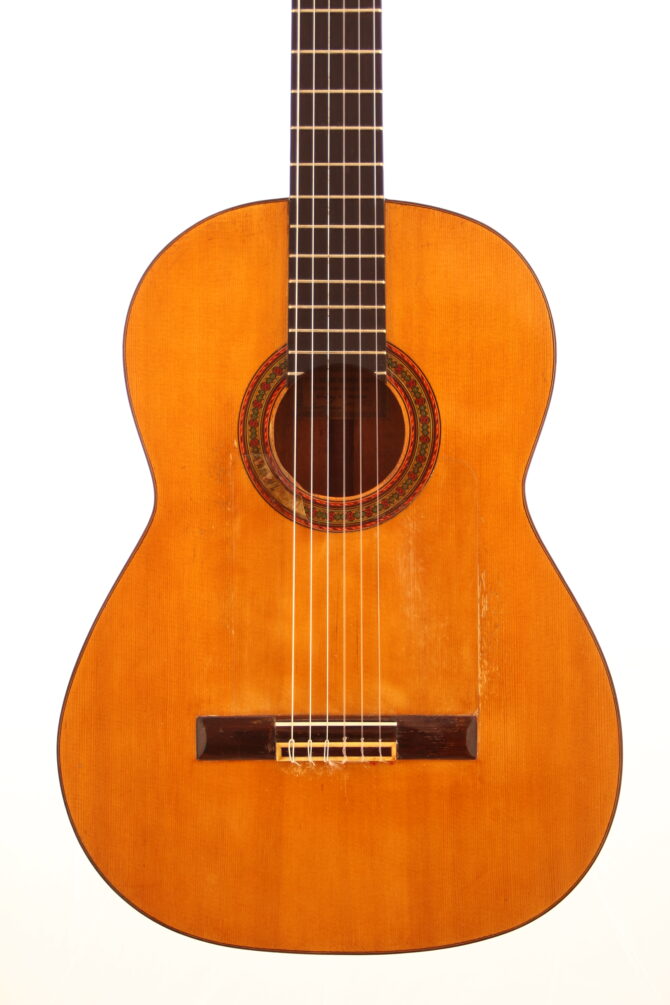 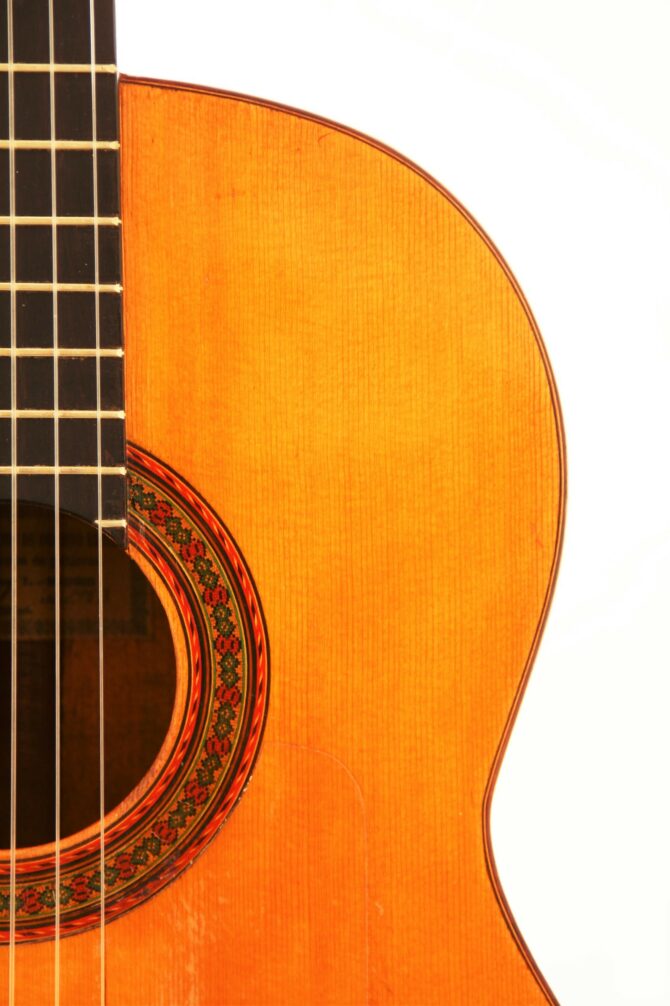 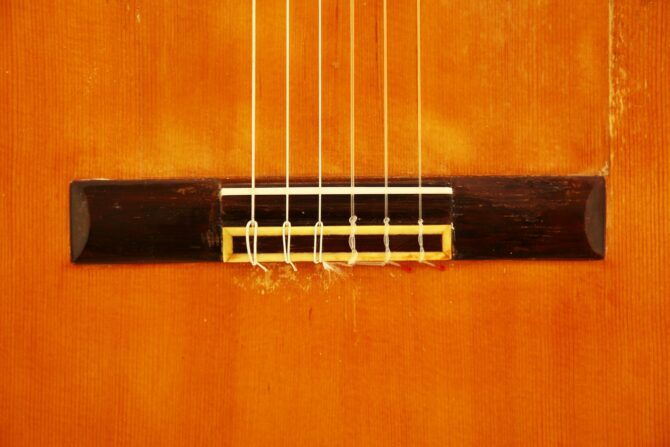 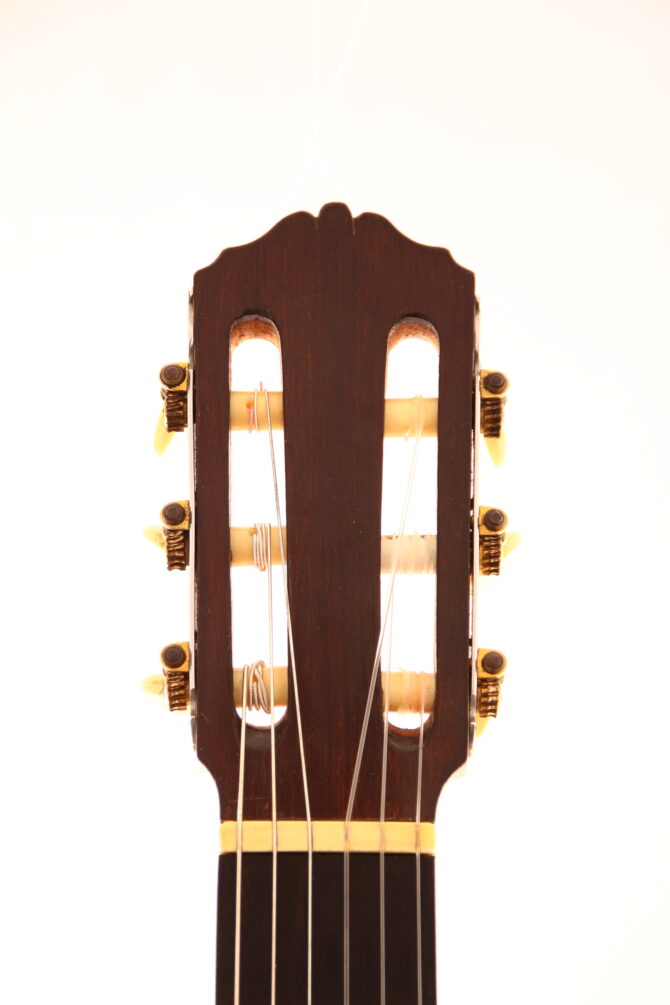 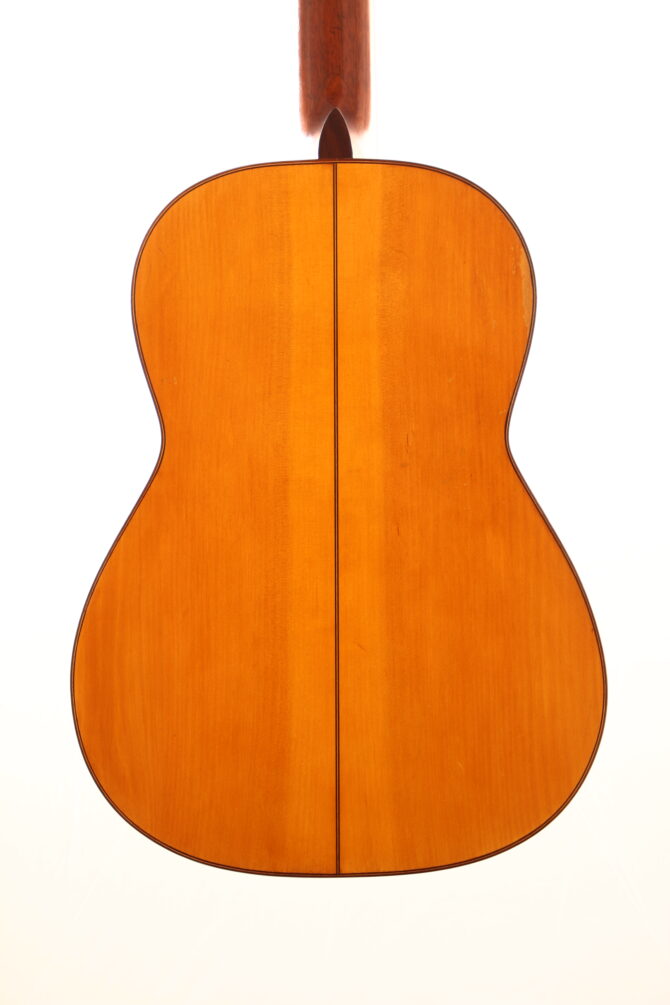 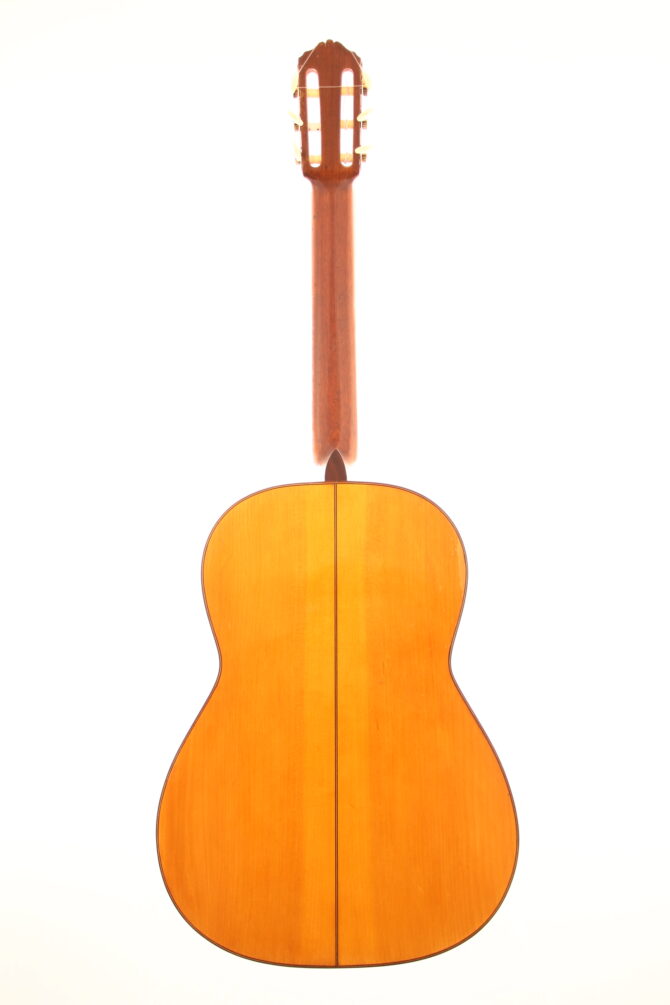 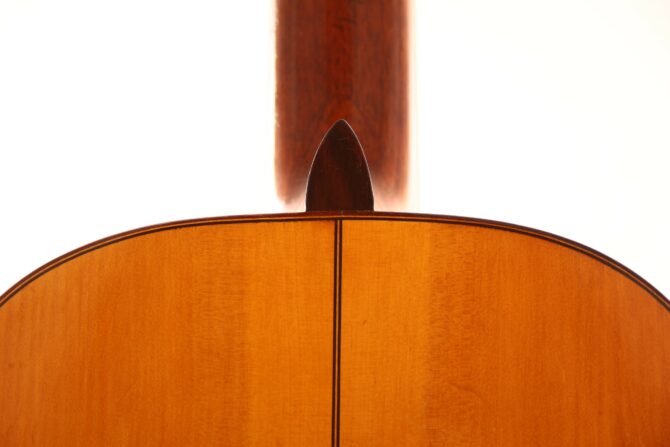 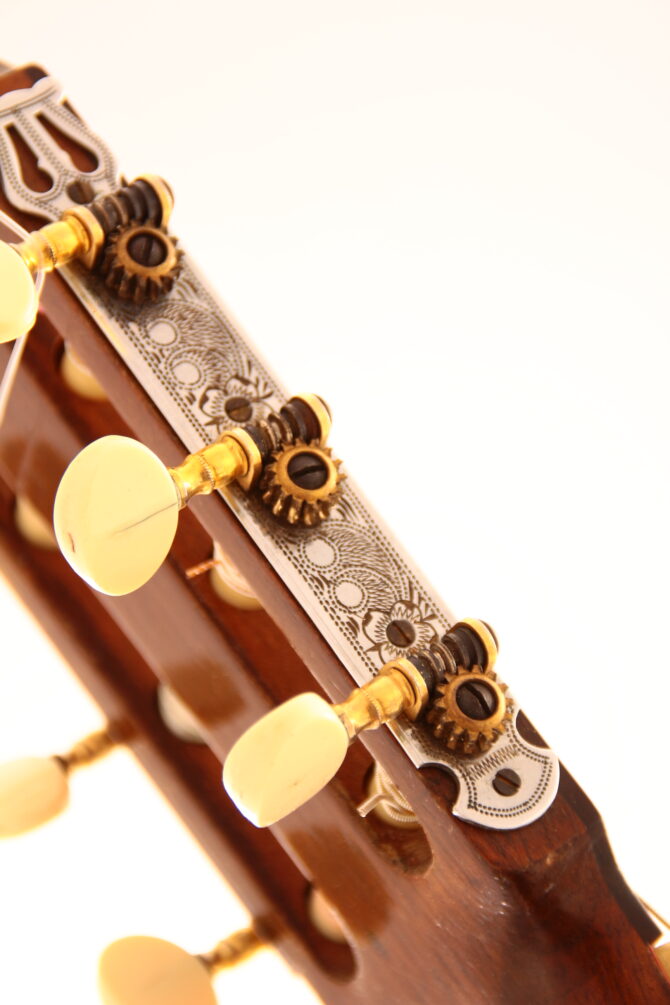 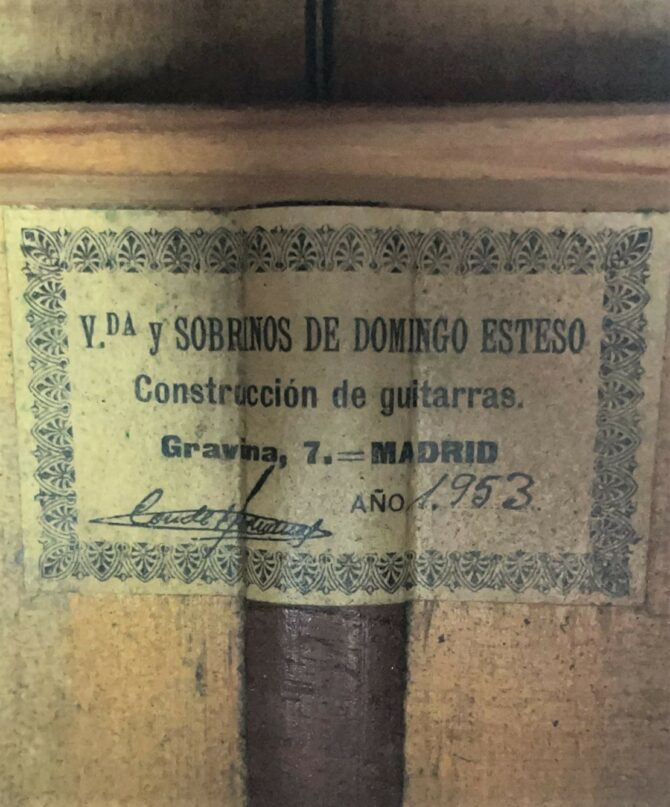 The Spanish luthier Domingo Esteso Lopez was one of the great guitar-makers of the early part of the 20th century that apprenticed with Manuel Ramirez. After Manuel Ramirez died, he opened his own shop on the calle Gravina, where he was joined by his 13 year old nephew Faustino Conde in 1926, as did Mariano Conde in 1929. After his death in 1937, Faustino and his two brothers, Mariano and Julio Conde continued working under the label Vda y Sobrinos de Domingo Esteso. All these guitars are considered monumental and historical, some of them are shown in the great Museums around the world telling the most important part of the history of the Spanish guitar.

This is a 1953 Viuda y Sobrinos de Domingo Esteso flamenco guitar, made and signed by Faustino Conde, the leader of the shop. Despite being a modest guitar, this guitar tells a great history, and it’s impressive sound underlines its importance, combining a punchy attack to sweet warmth and passionate dynamics that only come from almost seventy years matured excellence.

It has cypress back and a very fine alpine spruce top. The scale length is 670 mm and the nut width 52 mm.

Its condition is very good for the age (all original and only 1 repaired crack at the side), the playability is excellent – hard to find such a low action on an old guitar. The guitar plays effortlessly and you have this feeling this guitar plays on its own.
It impresses with a low weight and a flat and fast neck. There are guitars like this, with which you immediately feel an inner connection and which you quickly take to your heart.
The sound is very touching and this guitar awakens deep emotions. The basses are round and precise, with a very special and enchanting quality. The singing and crystalline trebles offer a fantastic range of timbres.

This guitar has the soul, dynamics and personality only found in the greatest matured master guitars. This wonderful and likely unique guitar would be a great addition for any player and/or collector.