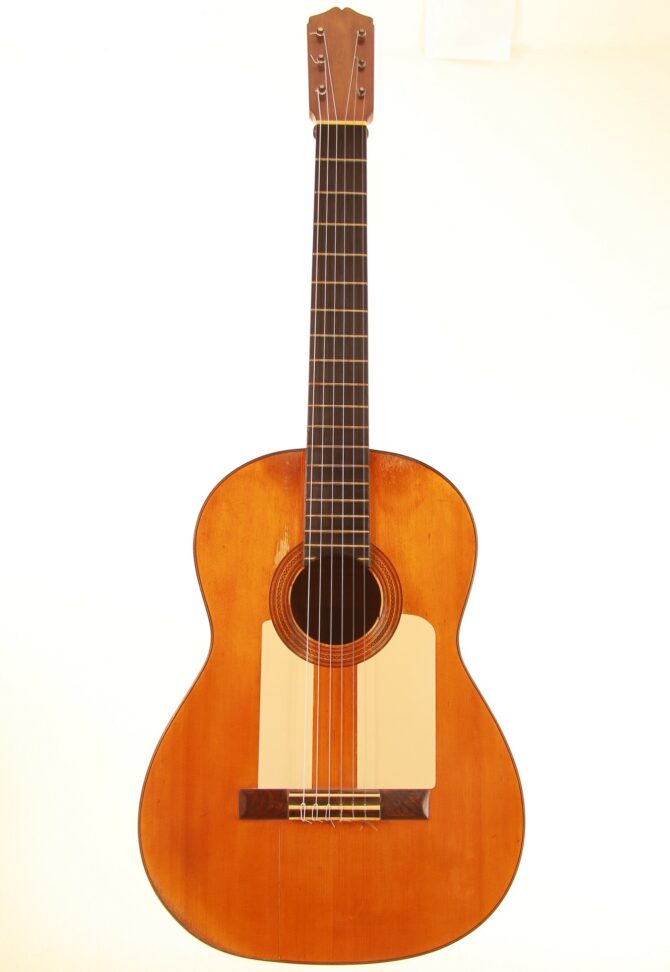 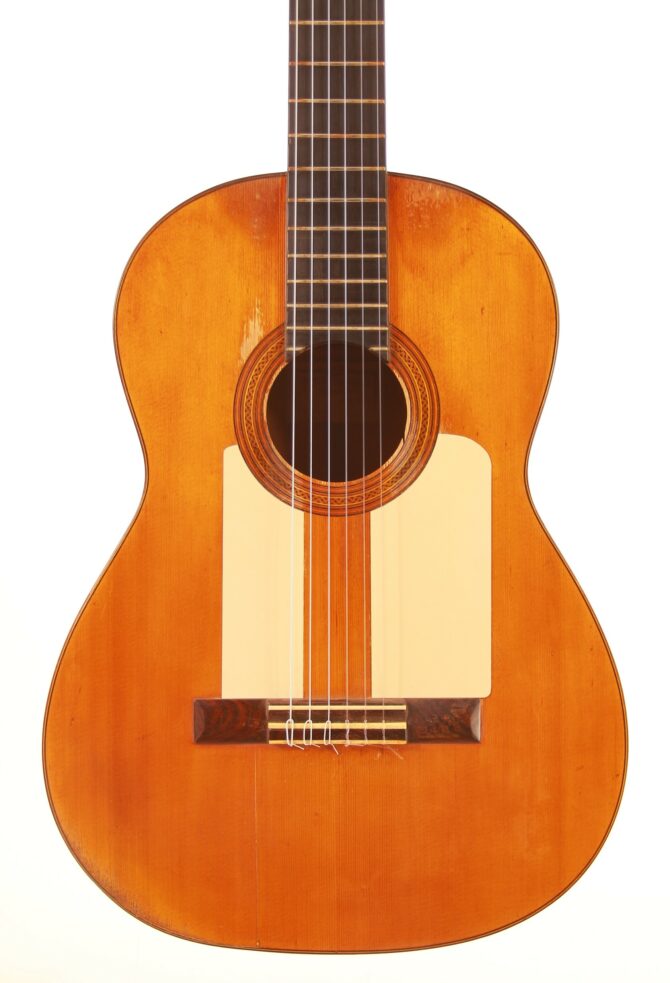 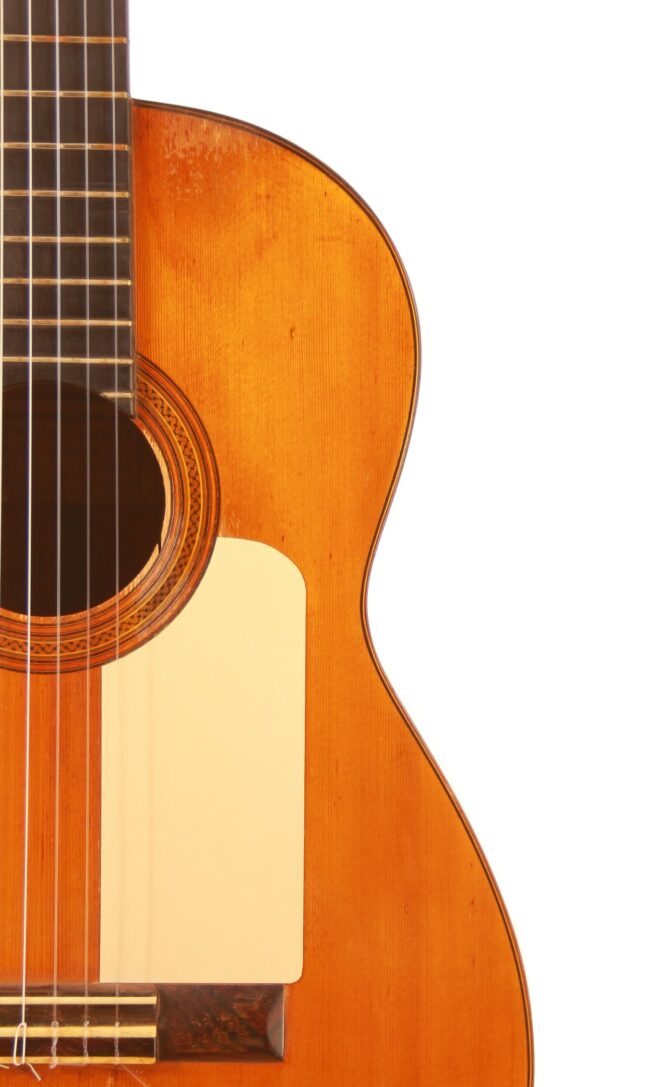 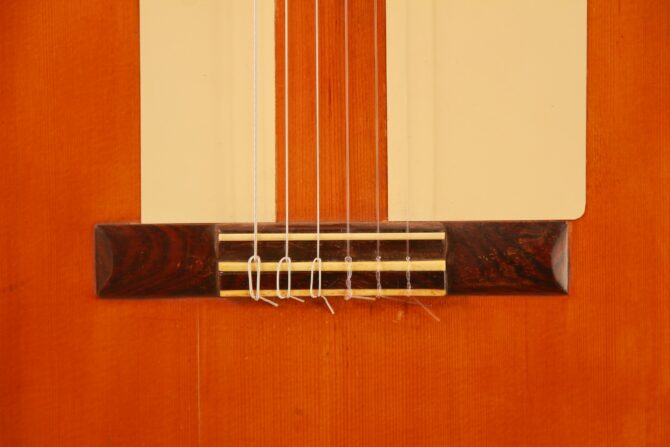 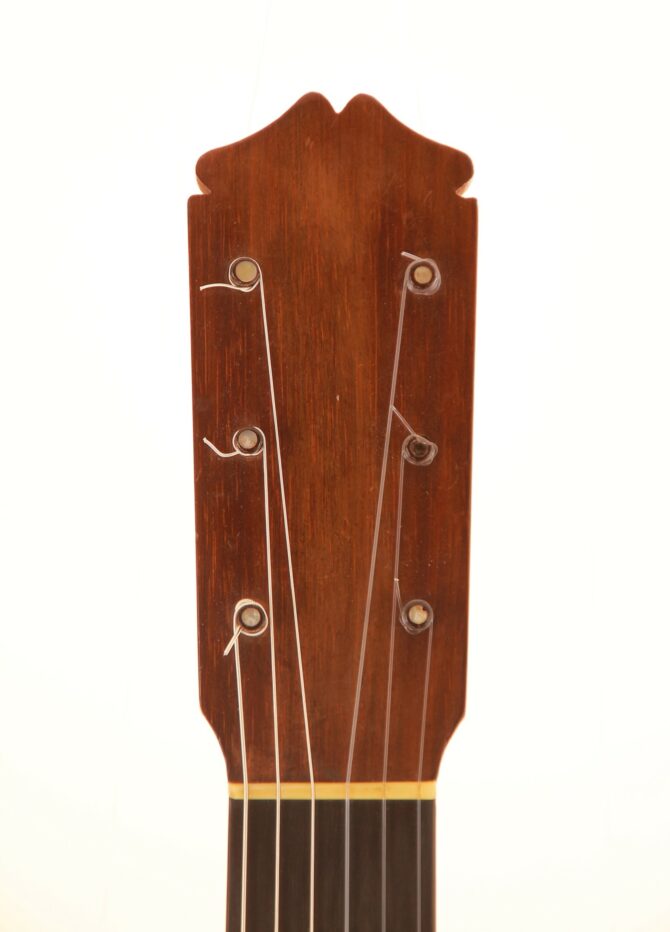 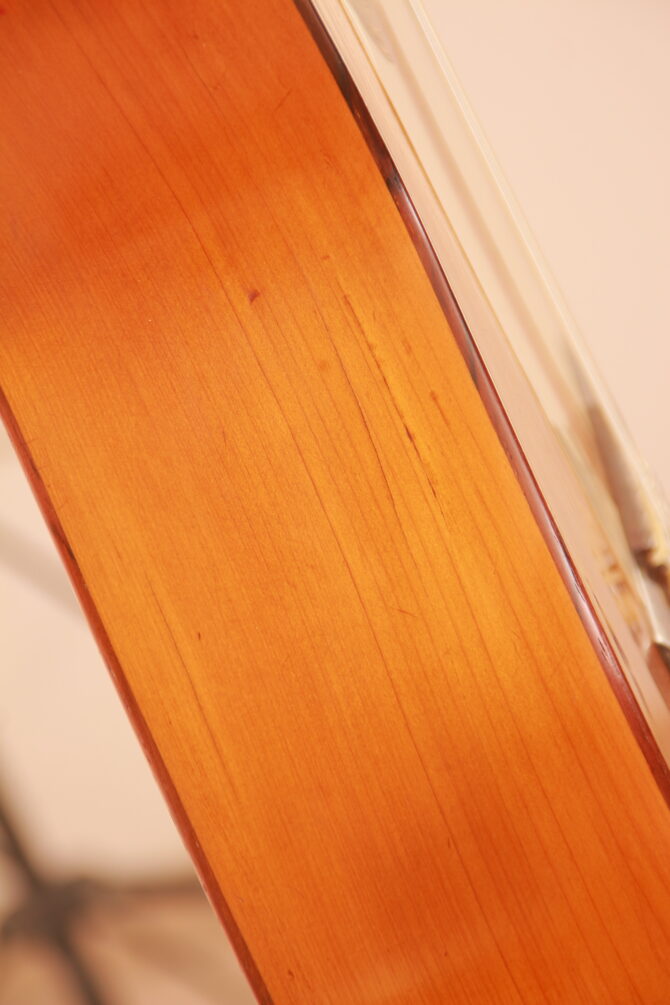 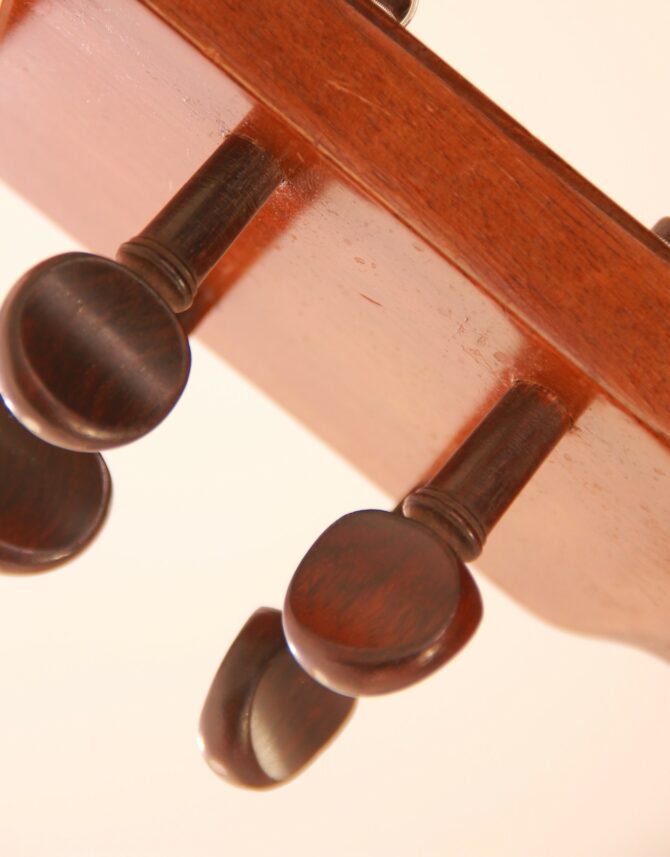 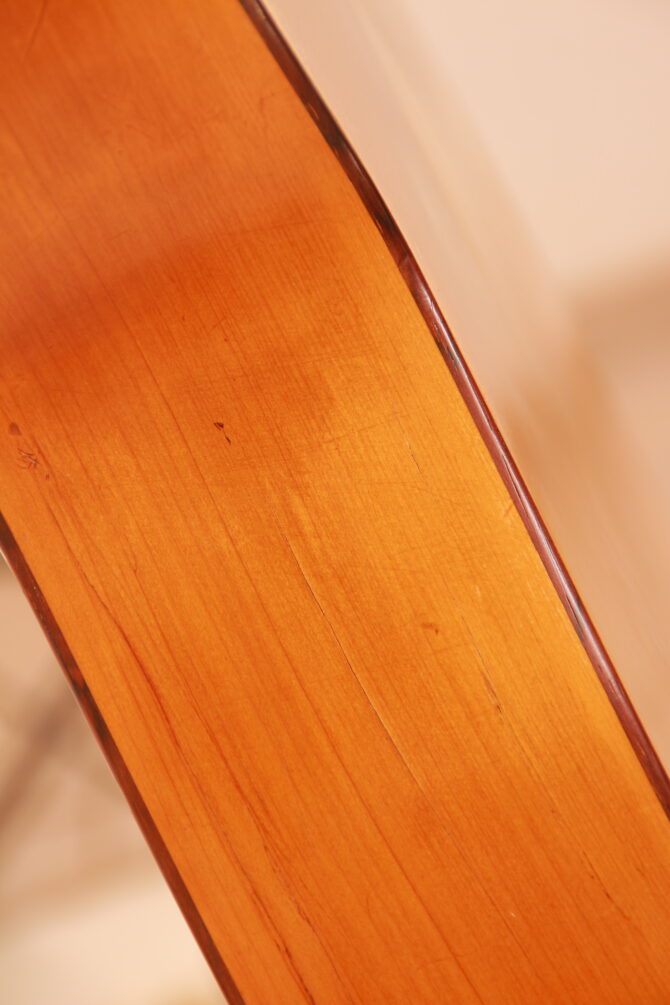 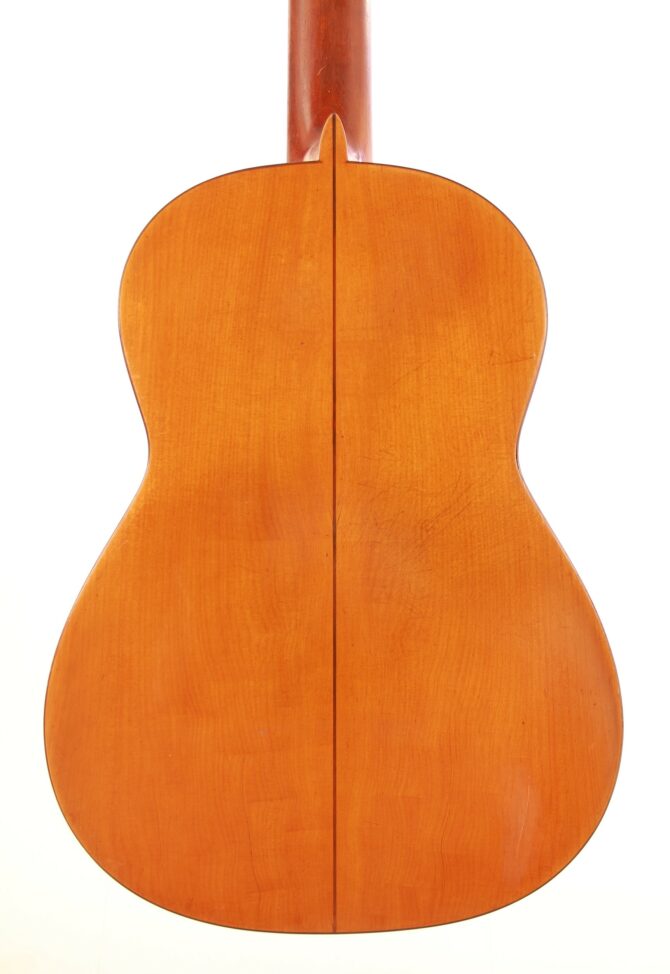 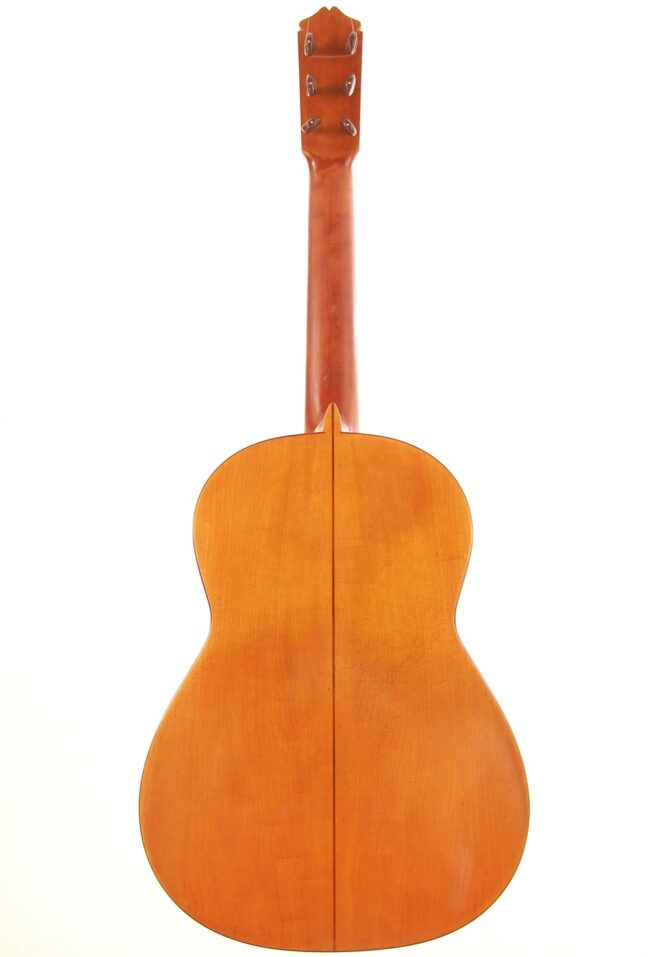 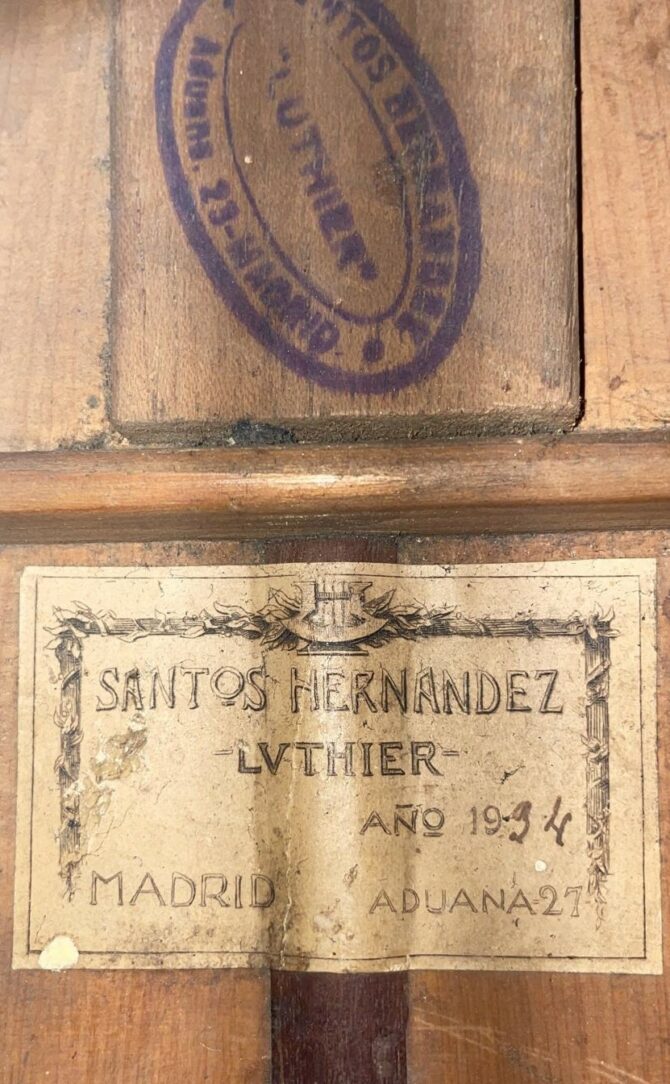 A rare opportunity, to get one of Santos Hernandez’ sought after guitars – they are doubtlessly the holy grail amoung the spanish guitars!

This particular guitar, built in 1934 is yet another charming example of Santos’ work, with beautiful materials and his usual, precise craftsmanship. It is said that he was a very inward, yet proud person and the sound of his typical guitars reflect this – this one in particular has a rich, deep and almost “pensive” quality of sound supported by a solid, almost self-assured fundamental at the center of every note. It also has a beautiful loose, old-world feel to it. Overall a very charming instrument that captures the essence of this great maker.

The scale length is 51 mm and the nut with 654 mm. It has a spruce top and cypress back and sides.

The guitar is in a very nice condition. It came to us from a collector who had a very good relation to Arcangel Fernandez. When Arcangel took over Marcelo Barberos shop, several guitars from Santos Hernandez where still there. Arcangel first sold this guitar to a local musician in Madrid and later he managed for this collector to buy it from this musician for his collection.

The guitar has received some restoration work by Anselmo Solar Gonzalez (a student of Santos Hernandez, who worked for Marcelo Barbero).

It comes with an antique guitar case.