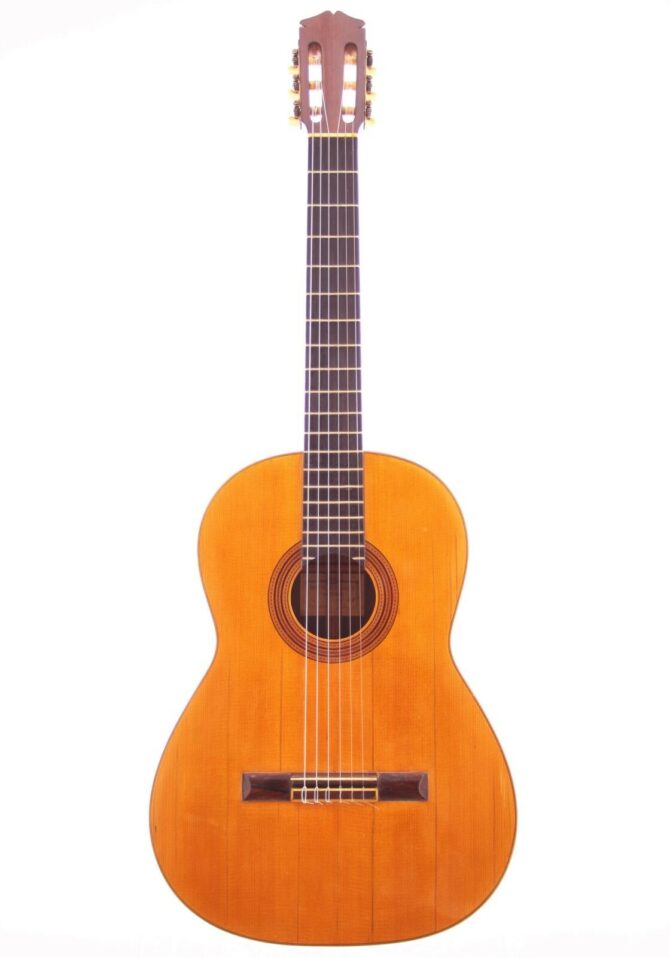 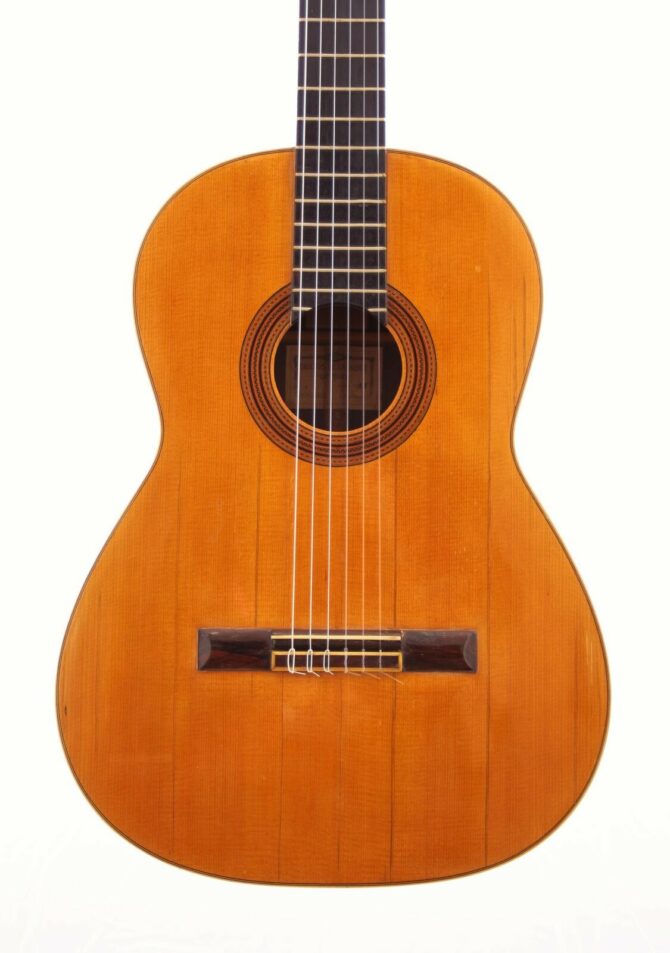 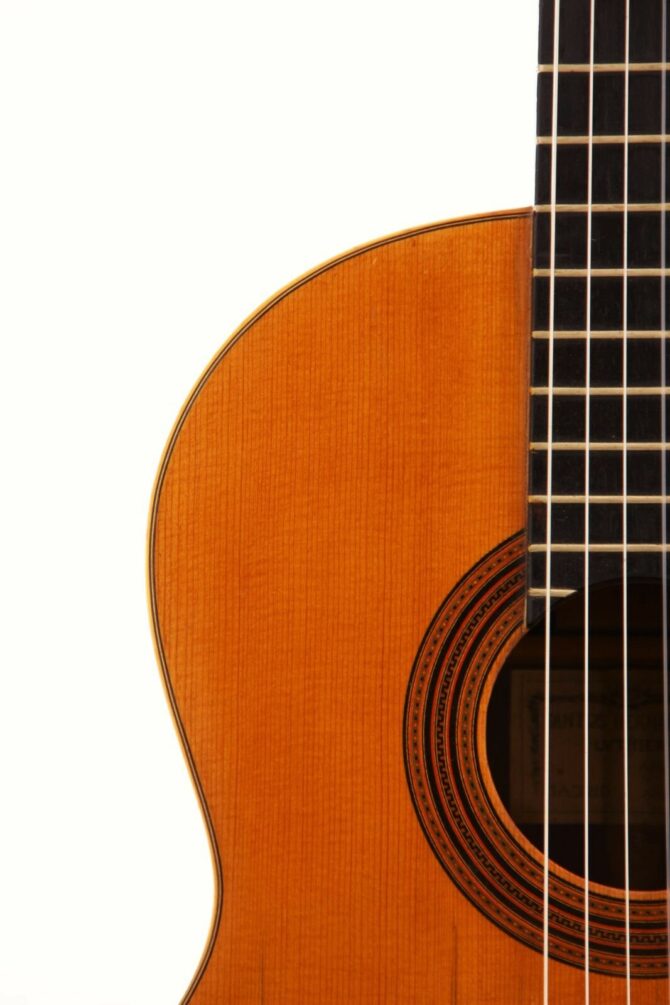 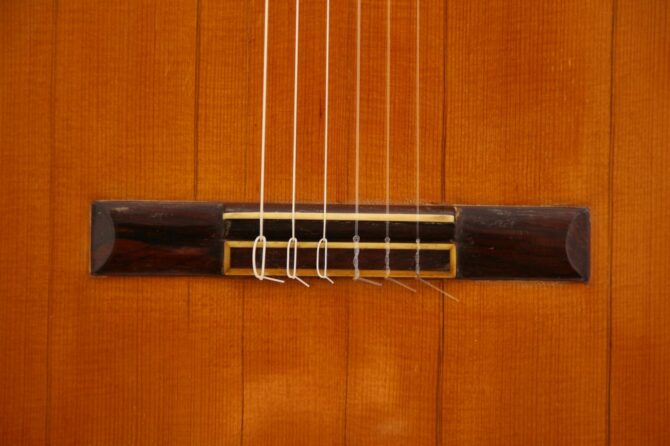 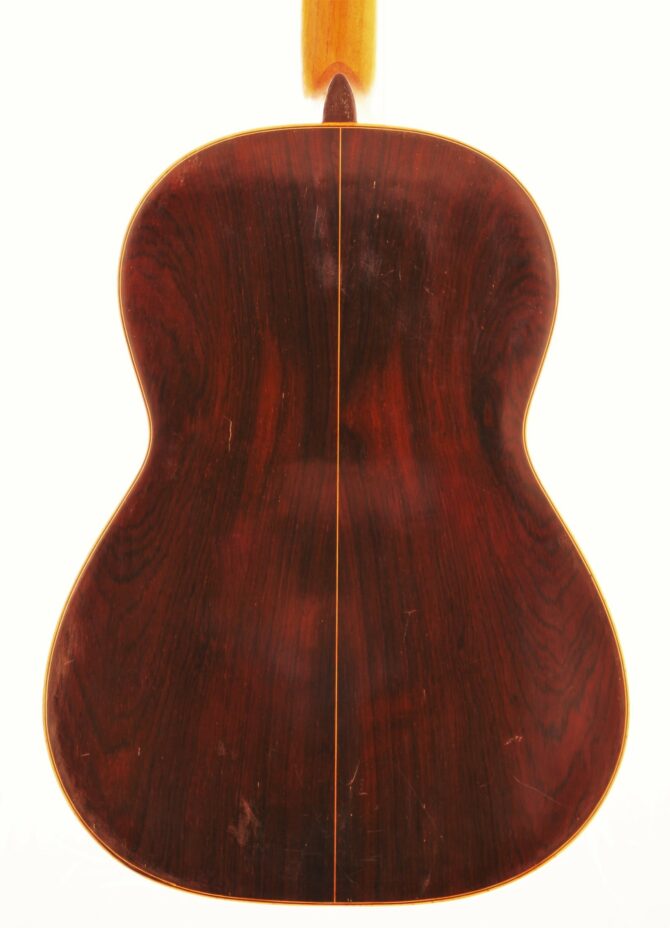 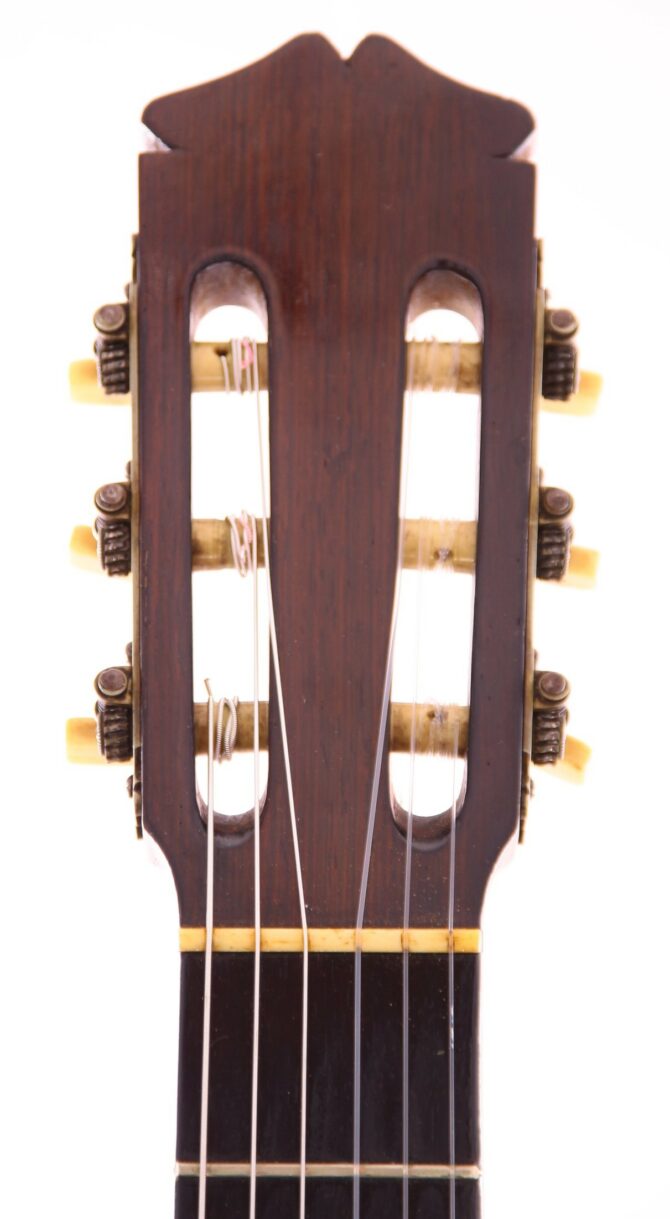 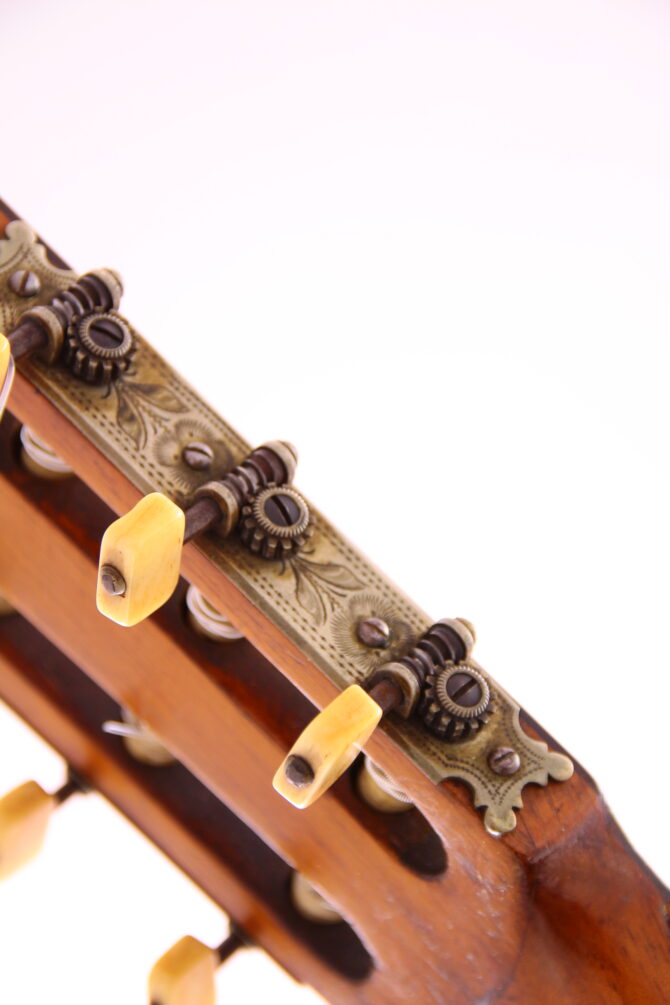 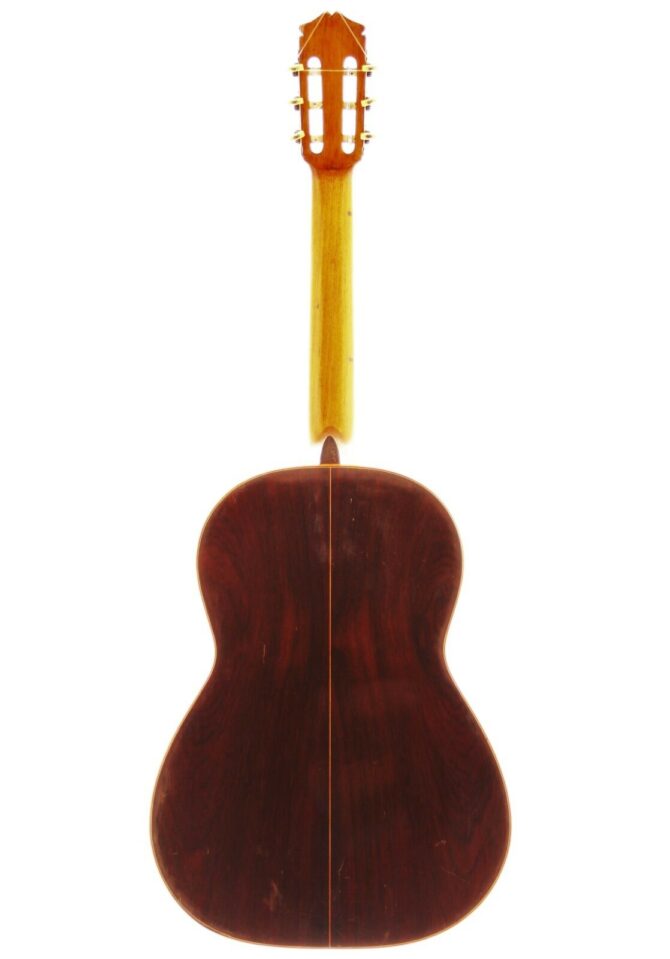 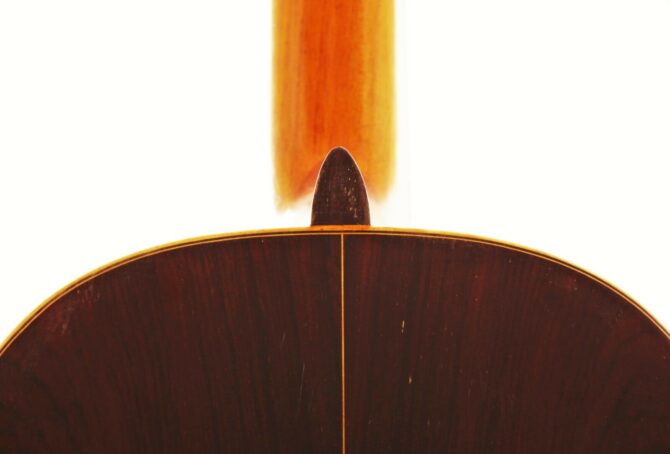 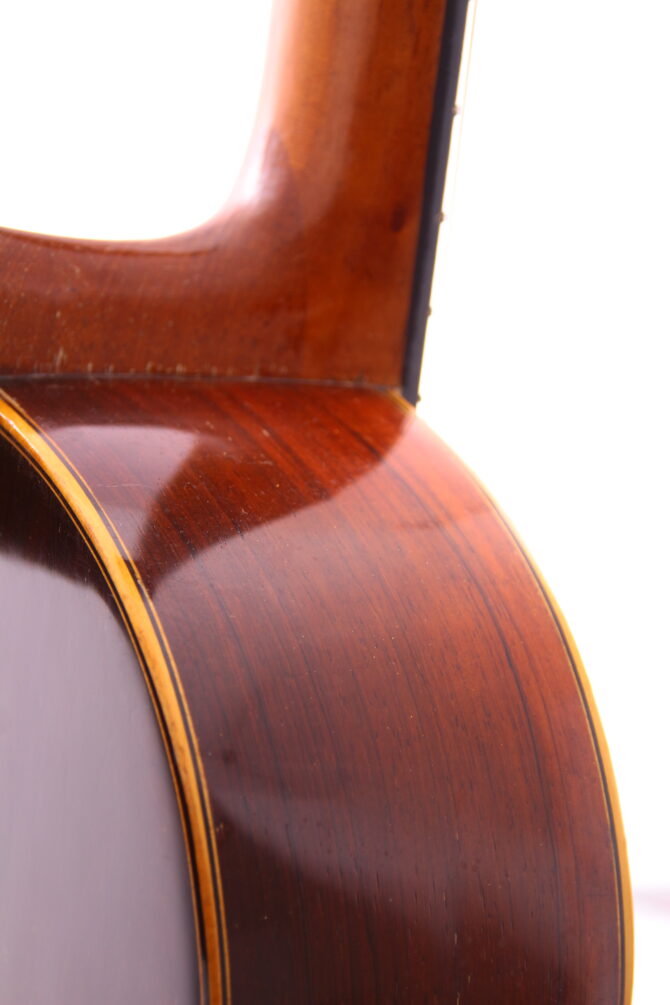 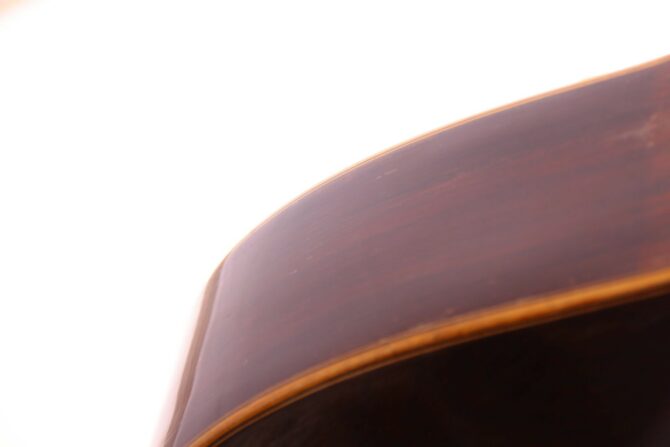 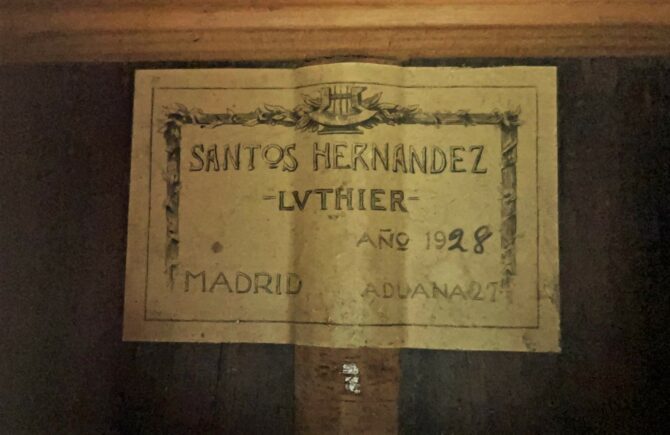 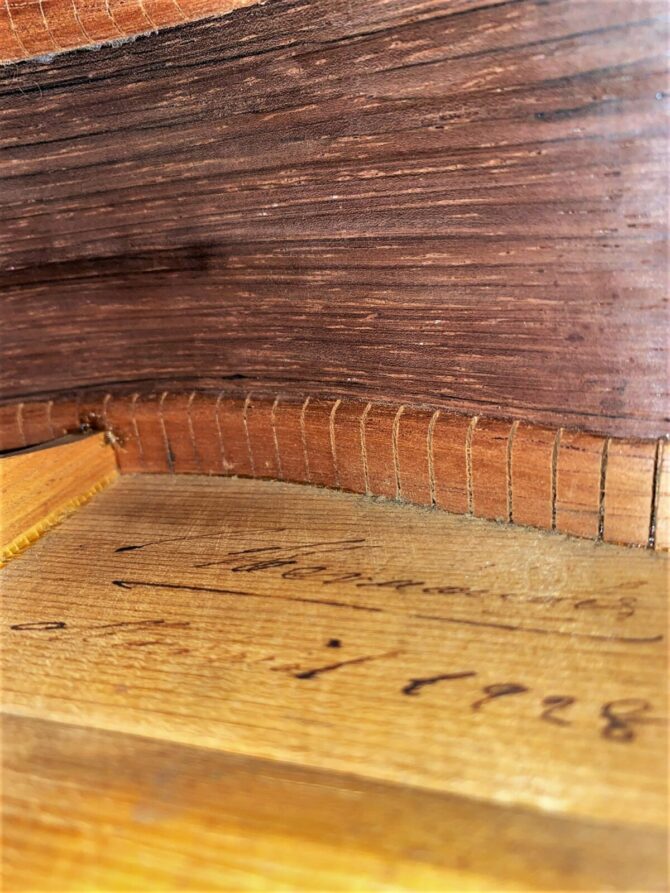 A rare opportunity, to get one of Santos Hernandez’ sought after guitars – they are doubtlessly the holy grail amoung the classical guitars!

This particular guitar, built in 1928 is yet another charming example of Santos’ work, with beautiful materials and his usual, precise craftsmanship. It is said that he was a very inward, yet proud person and the sound of his typical guitars reflect this – this one in particular has a rich, deep and almost “pensive” quality of sound supported by a solid, almost self-assured fundamental at the center of every note. It also has a beautiful loose, old-world feel to it. Overall a very charming instrument that captures the essence of this great maker.

The scale length is 642 mm and the nut with 51 mm. It has a spruce top and rosewood back and sides.

The guitar comes with a certificate of authenticity from Aarón García Ruiz, who is doctor in history and sciences of music at the University of Granada and professor of musical heritage at the International University of Andalusia – click on the link below the video to see the certificate!
The guitar was in possesion of a professional musician and has been bought in 1969 from a musicshop in Bilbao (sales invoice included).

It comes with an old but not original case.