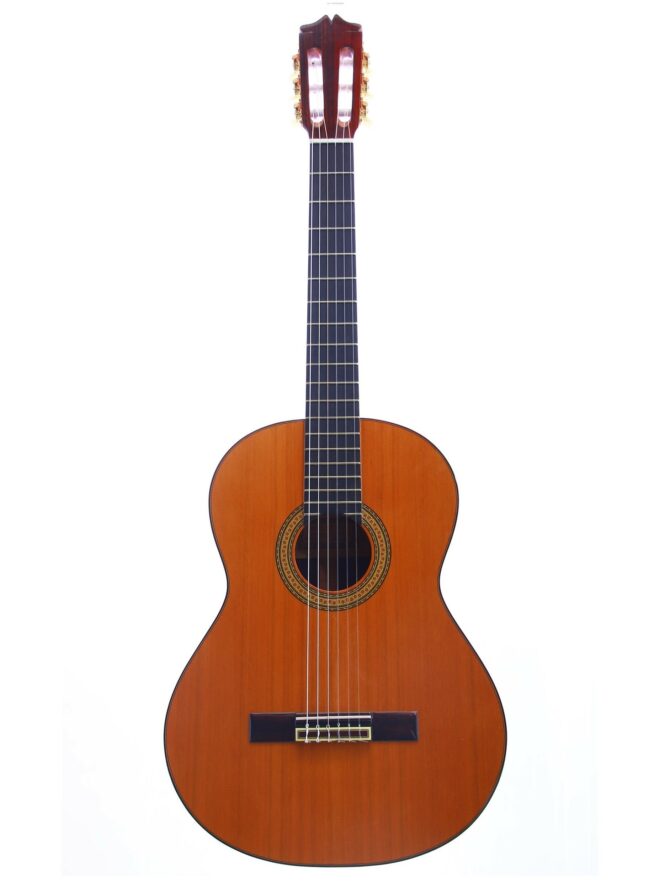 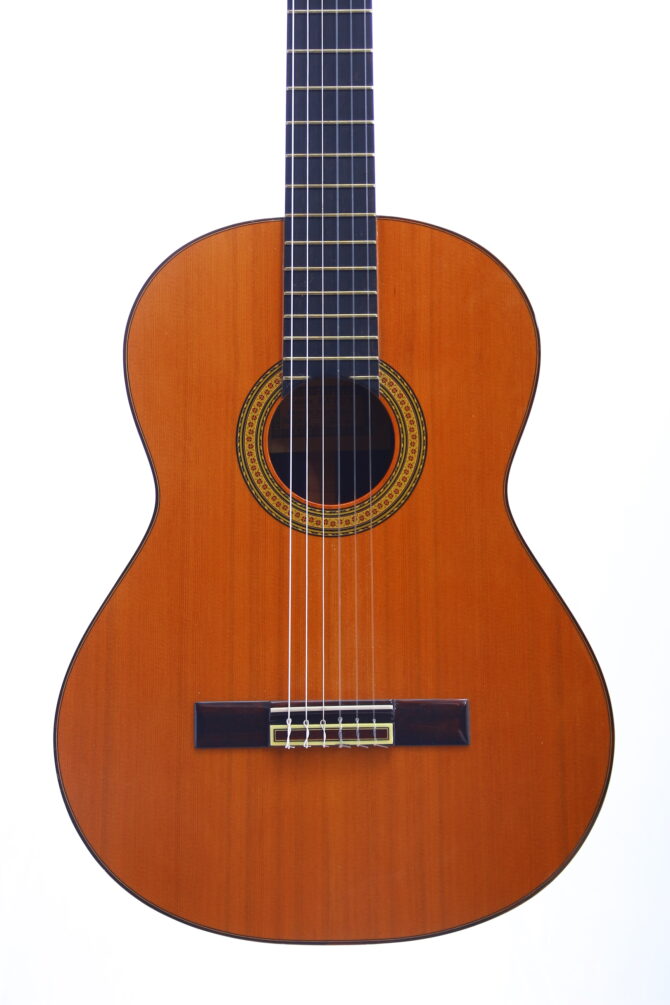 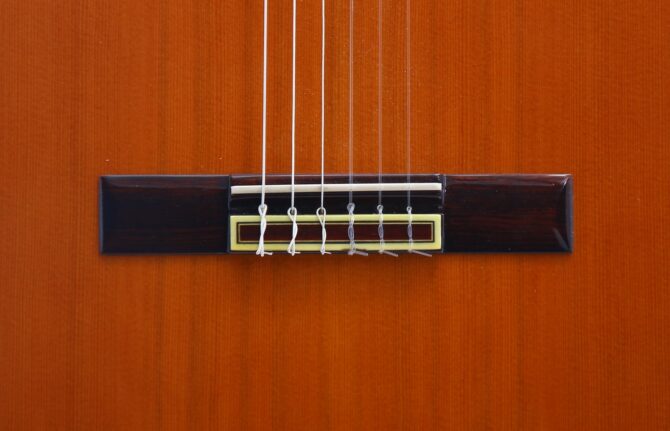 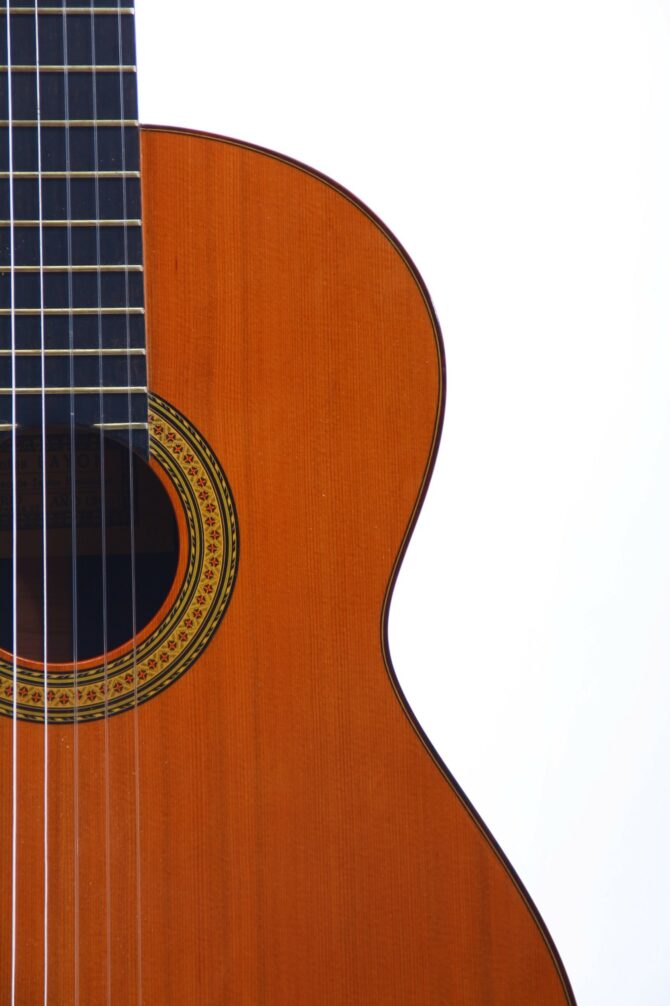 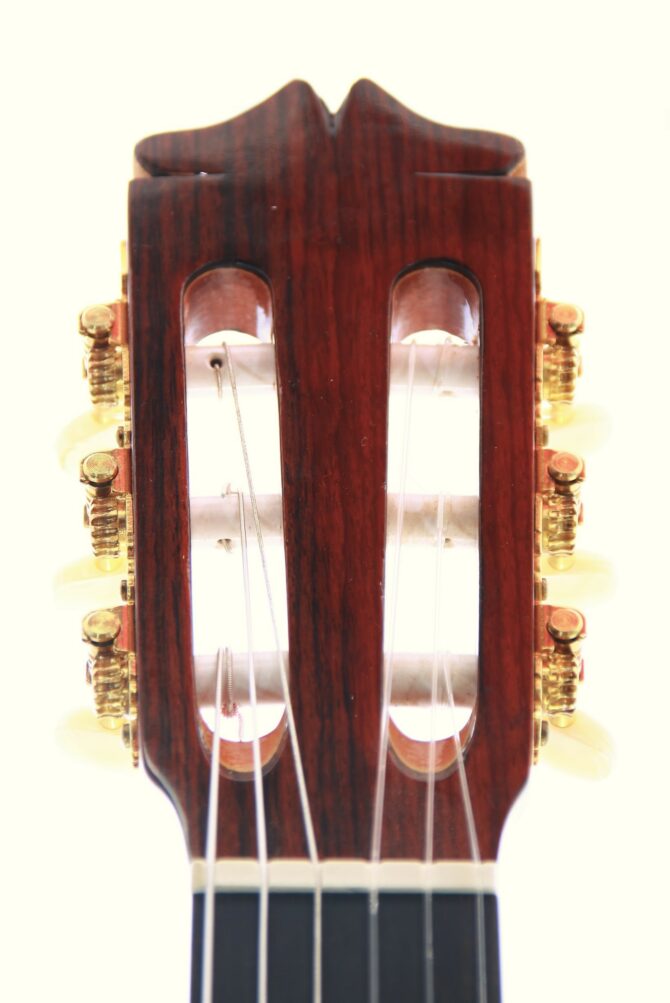 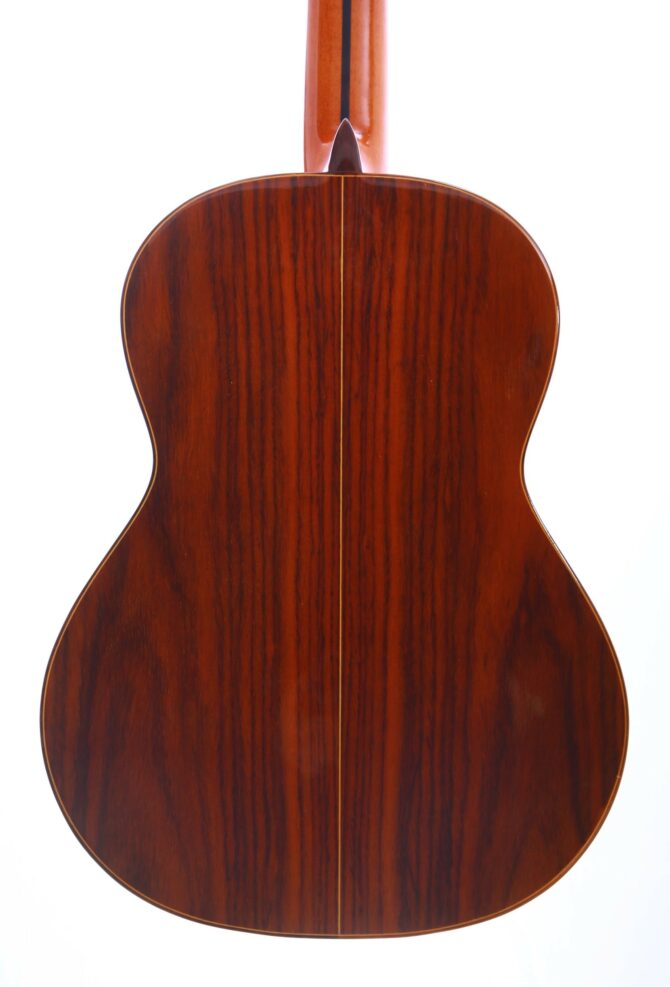 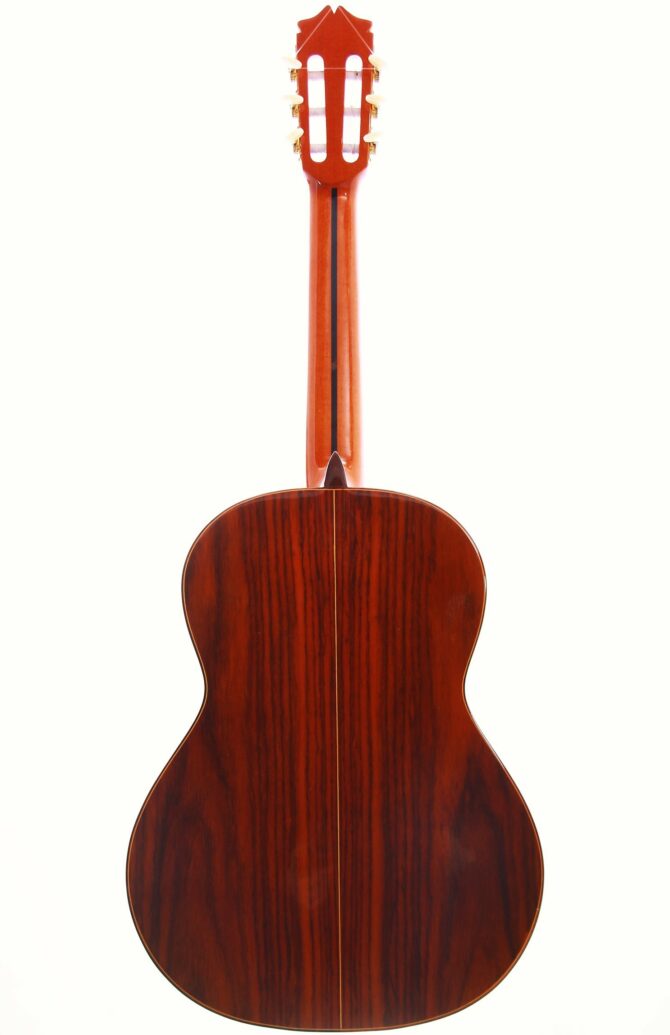 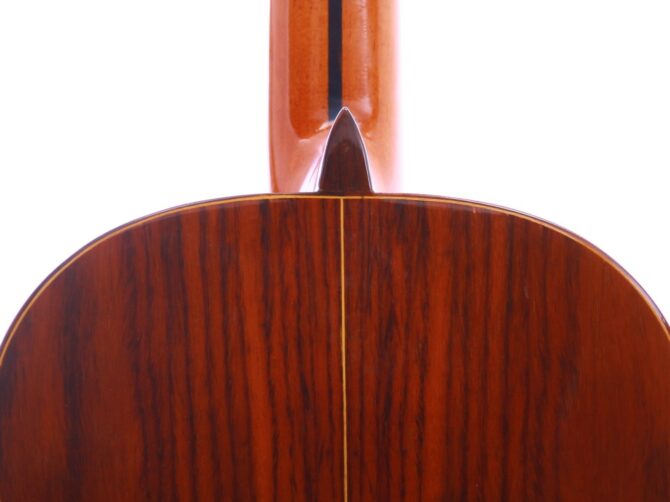 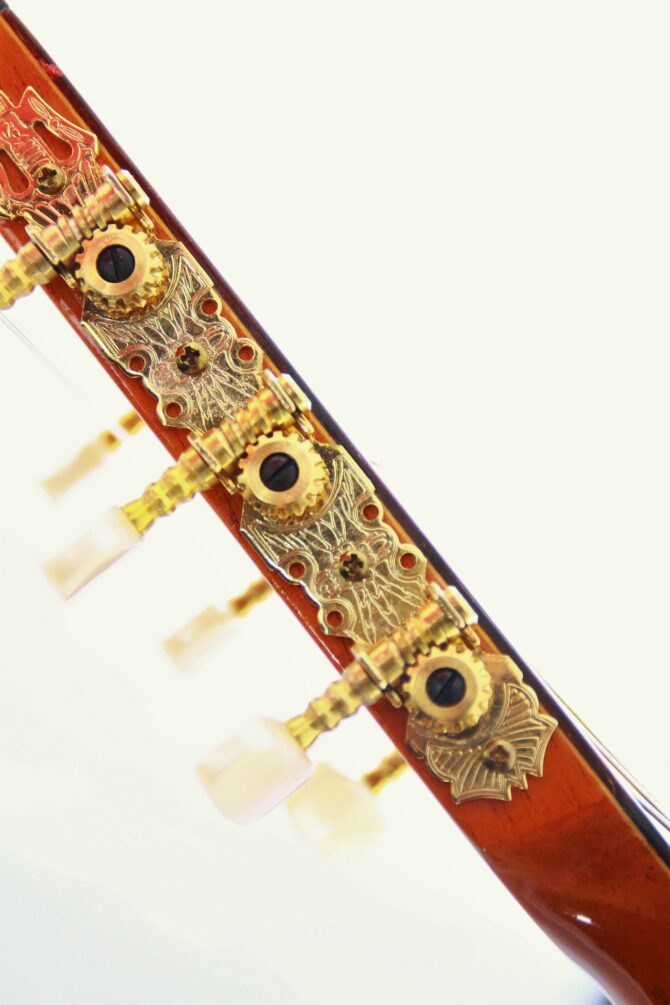 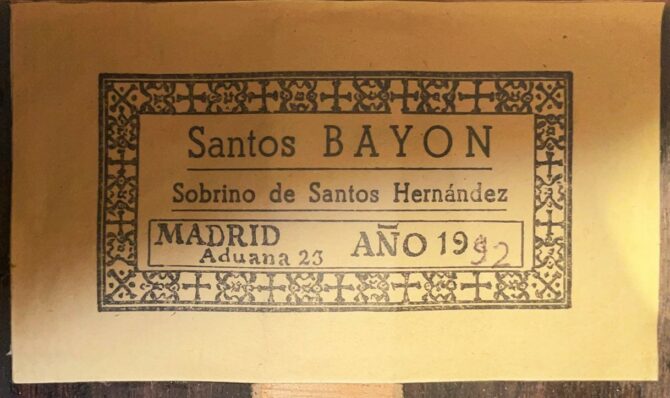 Amazing classical guitar by Santos Bayon, made after a Santos Hernandez from 1921 with a shorter scale!

The Spanish luthier Santos Bayón Ruiz was born in Madrid in 1951 in the very workshop of his great uncle, Santos Hernández, (1873-1943). One finest luthiers building classical and flamenco guitars in Spain. Santos Hernández was a secretive man who never shared his knowledge of flamenco and classical guitars construction with any apprentices. He did, however, impart much of his knowledge to his wife Matilde Ruiz Lopez, who though not a guitar maker, learned much of the theory from her husband. Initially, she employed Marcelo Barbero for a short time to finish up guitars her husband left partially built. Eventually, she hired her nephew, Felicano Bayon (1922-1997) to work for her, and continued to build guitars under the label Vda de Santos Hernandez. Following Matilde’s death in 1955, Feliciano Bayón (1922-1997), inherited his uncle’s workshop.

Aside from the theory that Matilde imparted, Feliciano Bayon was a self-taught luthier. An intelligent man, he became a great guitar maker in his own right not only by studying the classical and flamenco guitars left to him by his uncle, but by carefully and methodically observing the many fine instruments brought to him for repair– guitars by such famous guitar makers as Antonio de Torres, Enrique Garcia, and Hermann Hauser. Santos Bayón Ruiz grew up surrounded by guitars, and learned the basics of construction by watching his father work. However, it wasn’t until he finished his studies at age 18, that he really began to work with his father. His own evolution into a renowned luthier, he says, was a natural process. “I honestly believe that living in this atmosphere day in and day out, and being surrounded by my great uncle’s guitars (which I studied over and over again), I acquired at least part of their knowledge, art, and experience.” Santos builds a very authentic Santos Hernandez model , using his great uncle’s workbench, forms, and tools. He only builds about sixteen guitars a year, so we count ourselves lucky to represent this fine guitar builder.

This guitar by Santos Bayon was built after a model of his great uncle Santos Hernandez from 1921, with a shorter scale (636 mm). It has a cedar top and rosewood back and sides. The nut width is 51 mm.

The guitar is characterized by a sweet, warm sound. Especially in the highs this warmth supports the wonderful cantability of melody tones. The basses are round and precise, with a very special and enchanting quality. The sound offers a fantastic range of timbres.
It is very easy to play and is simply dreamlike through and through.

In addition, it is in a very good condition with only slight signs of wear.

The guitar comes in the original case.