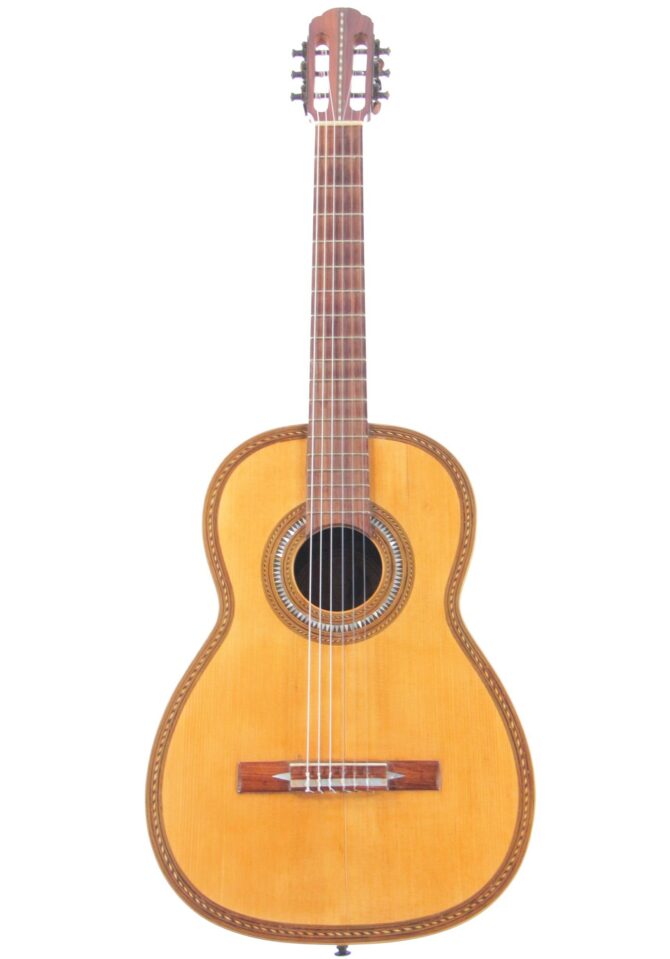 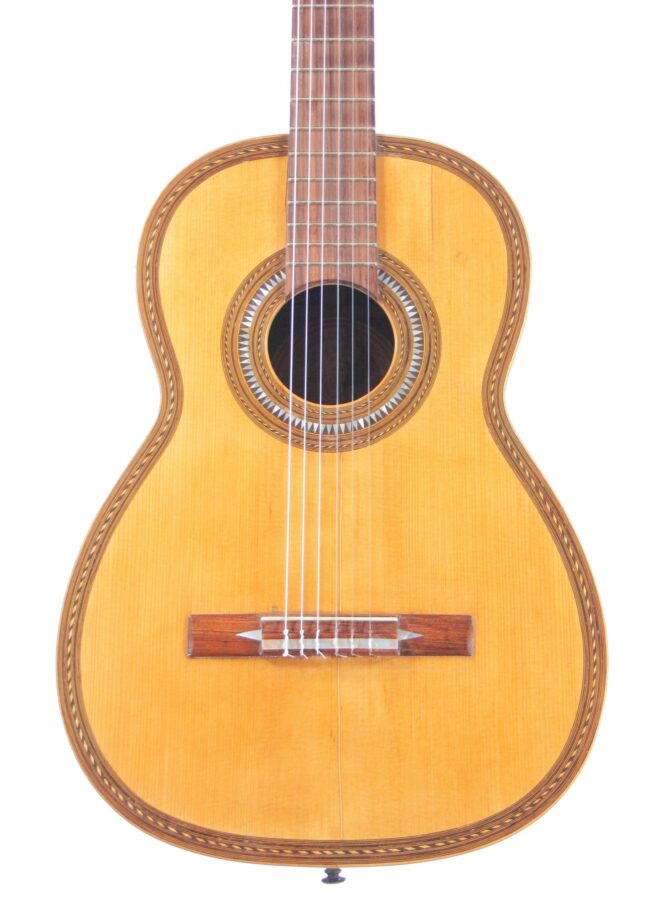 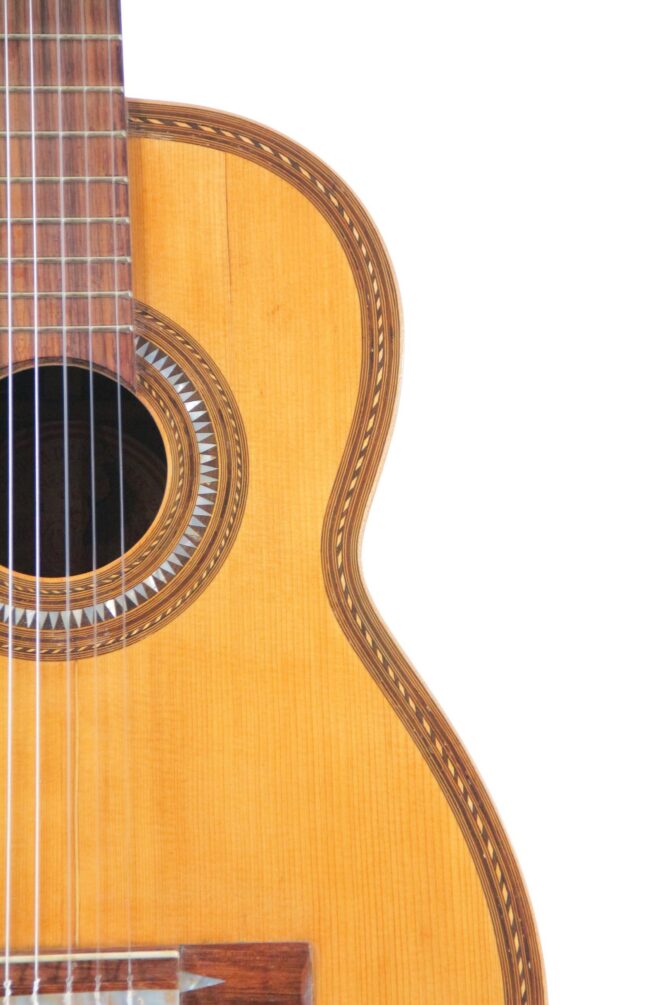 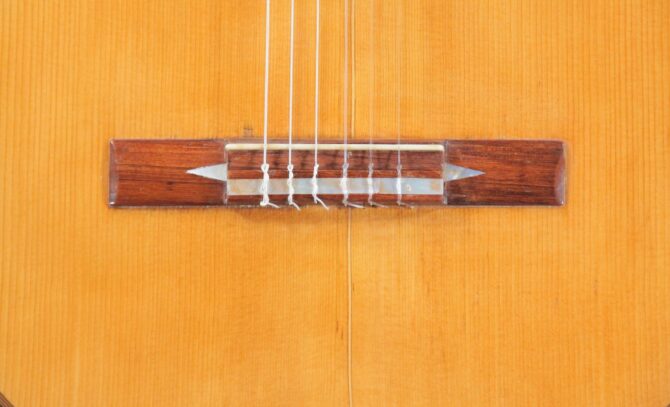 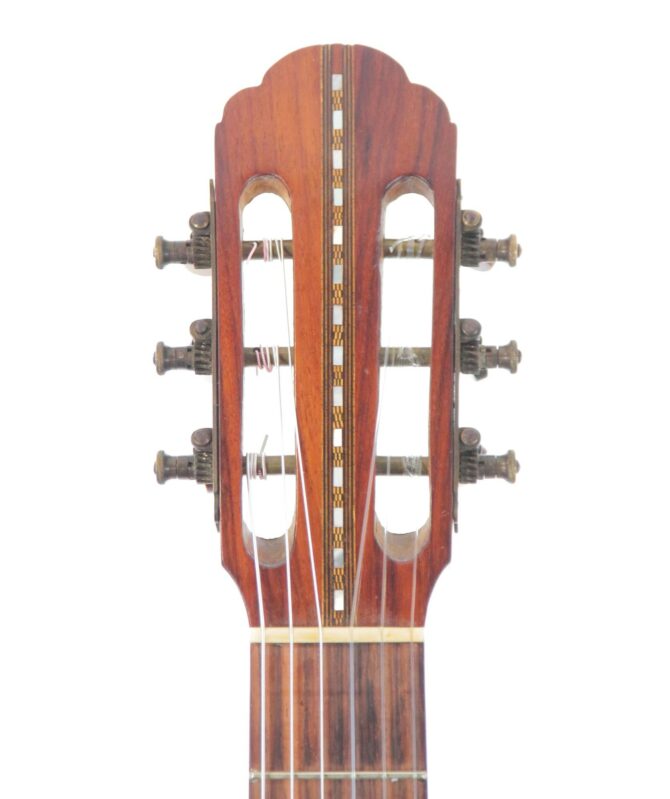 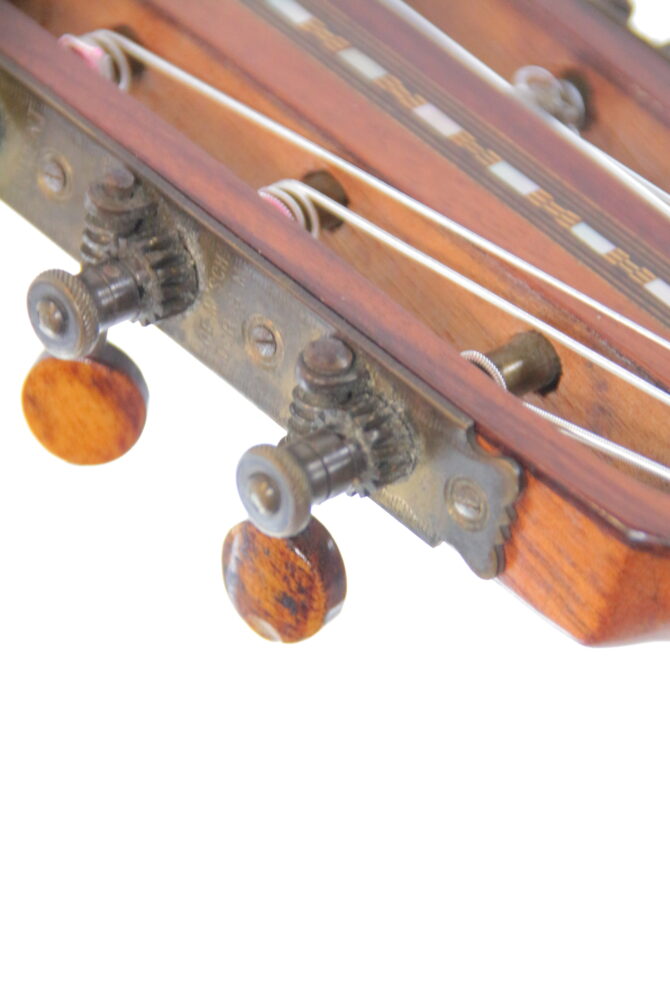 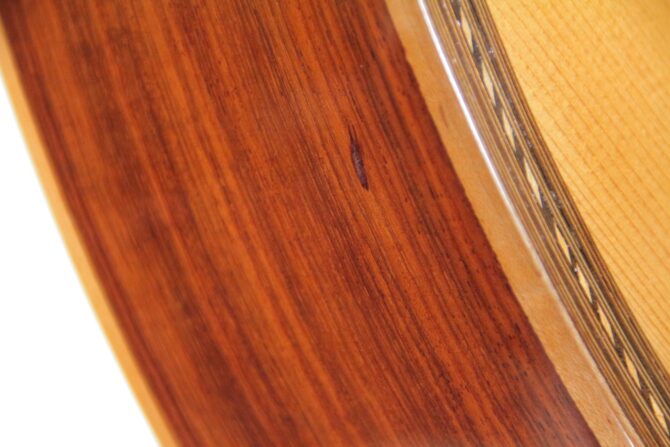 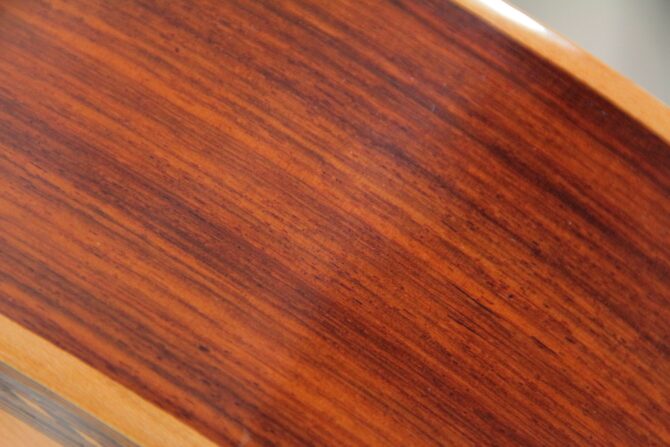 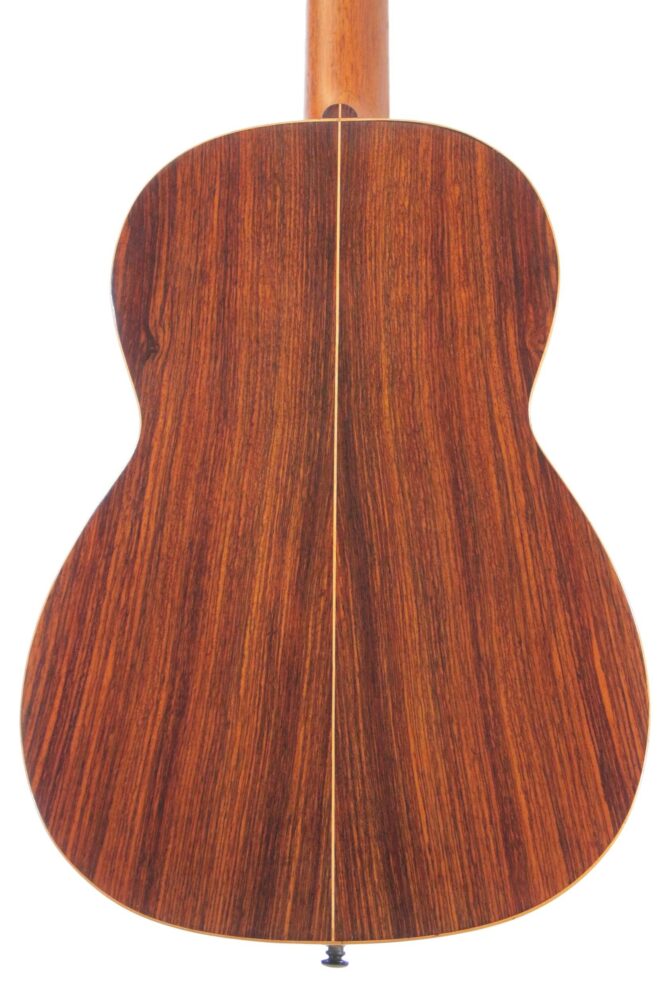 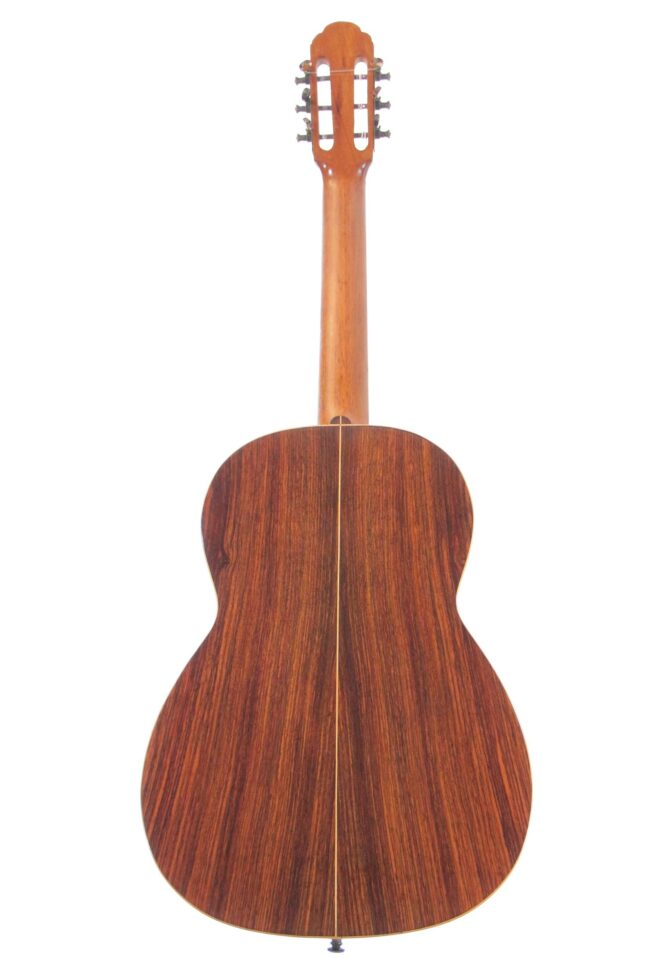 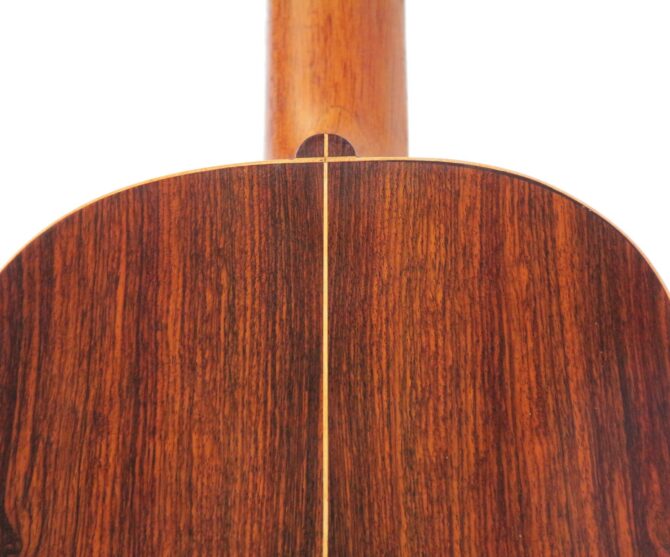 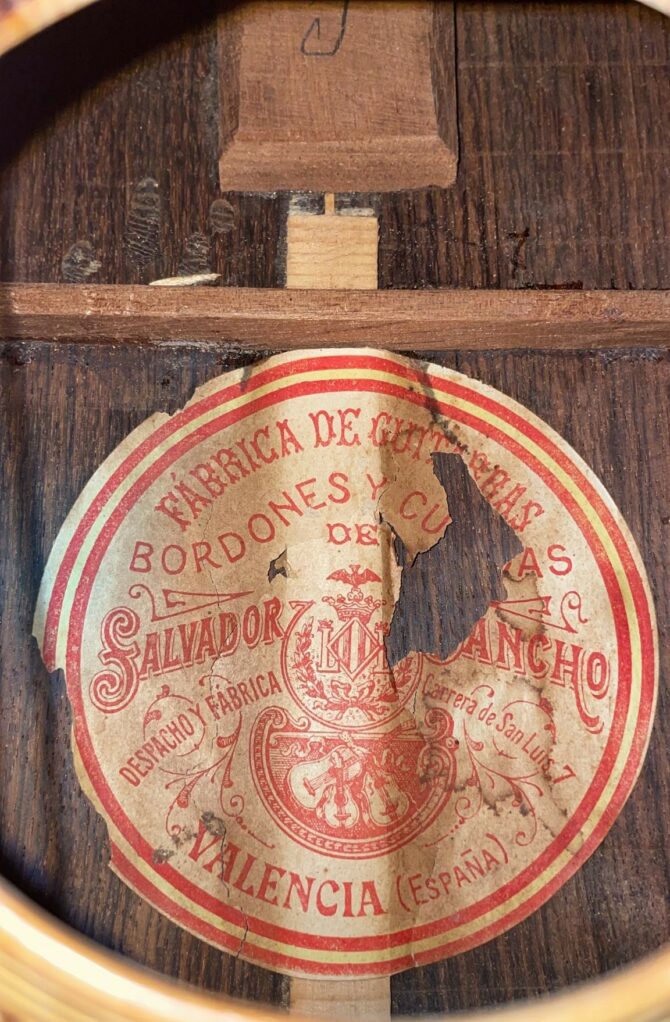 Salvador Sáncho Soler (1874-1942) was a luthier from Valencia. In 1882, at the age of 12, he seems to have apprenticed with Vicente Tatay Alabau. In 1889, he began to built his own guitars and soon after he started the company Salvador Sancho, S.C.
Around 1905 he went with his brother to Argentina. A year later, Sancho was in Brazil. While his ventures in Brazil were so successful that there is a street in San Pao named in his honor. In 1914 he returned to Valencia and started a new workshop located in Carrera de San Luis 7, where this guitar was finally made around 1915.

This guitar is a real masterpiece. It is very well built and has been beautifully decorated.
The materials are of very high quality. The top is made of fine spruce, the back and sides of rosewood. The nut width is 50 mm and the scale length 652 mm.

Built in the style of a Torres guitar, the sound is absolutely outstanding.
It has the classic sound of an old master guitar: woody, dark with a friendly vintage note.
First of all, the guitar is powerful and it responds quickly. The sound quality can be described as mystical with an almost magical appeal. The guitar fills the whole room with the most beautiful tones and impresses with a breathtaking variety of timbres.
An absolutely noble instrument at concert level – very finely built for the highest tonal demands.

The guitar has been very professionally restored and is in remarkably good condition. The action is low and the guitar plays with great ease.