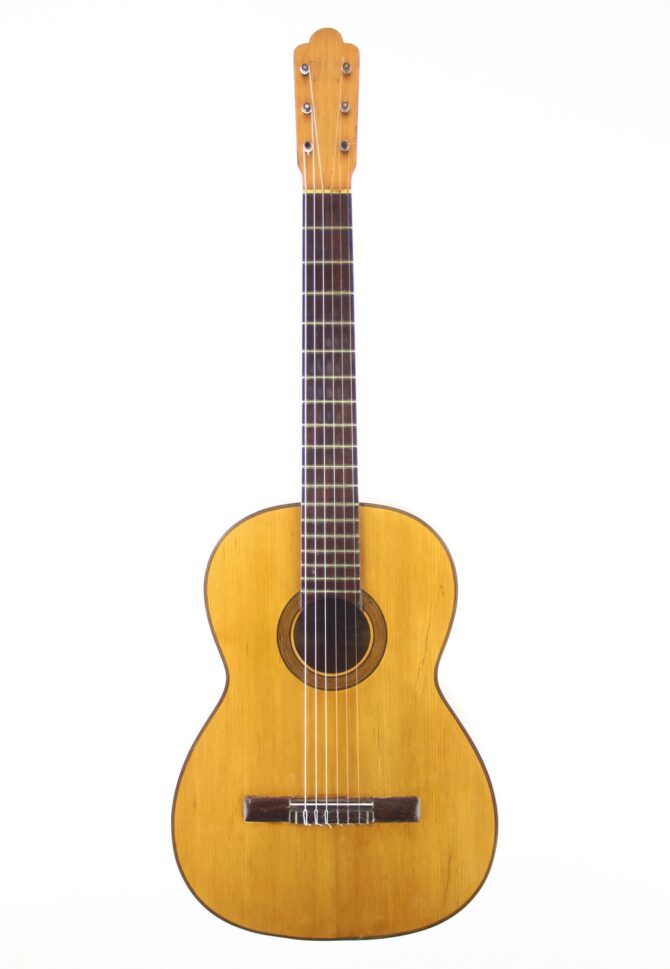 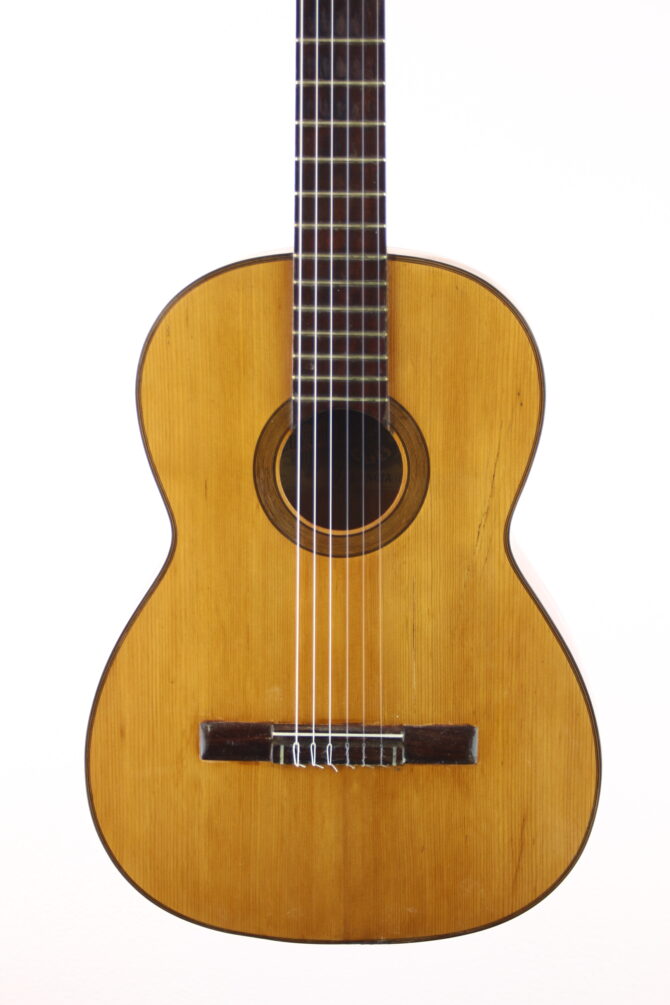 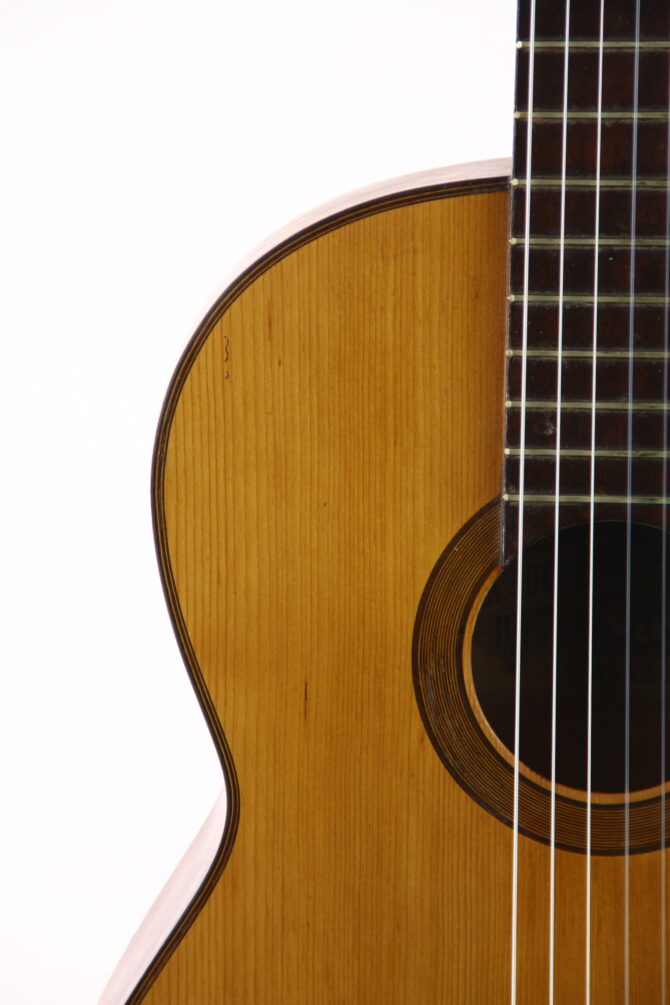 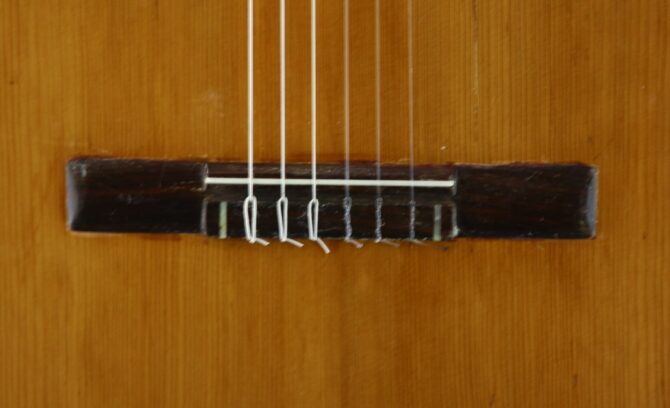 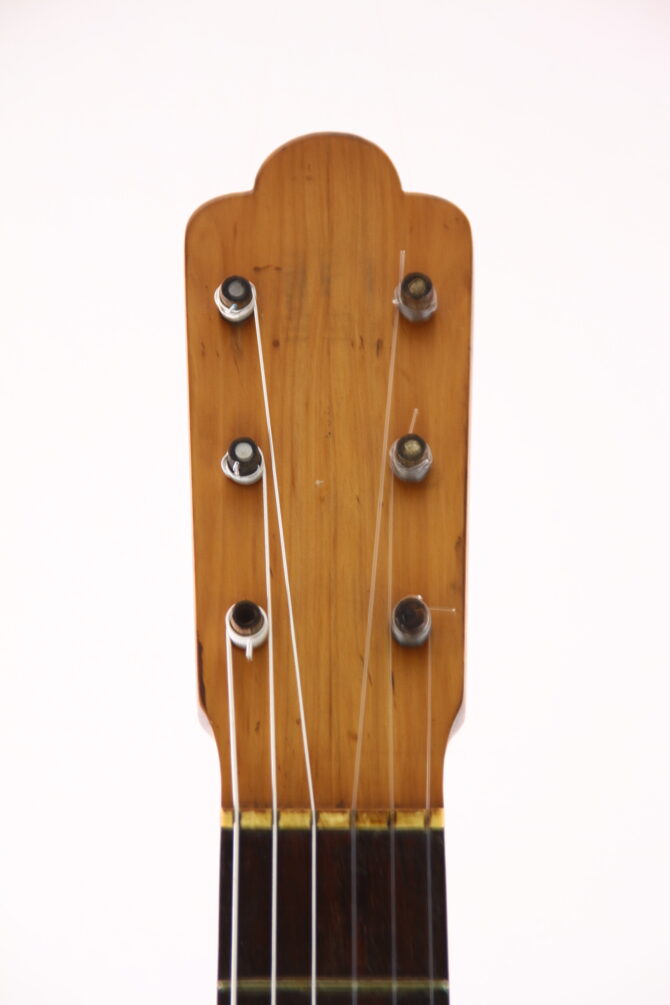 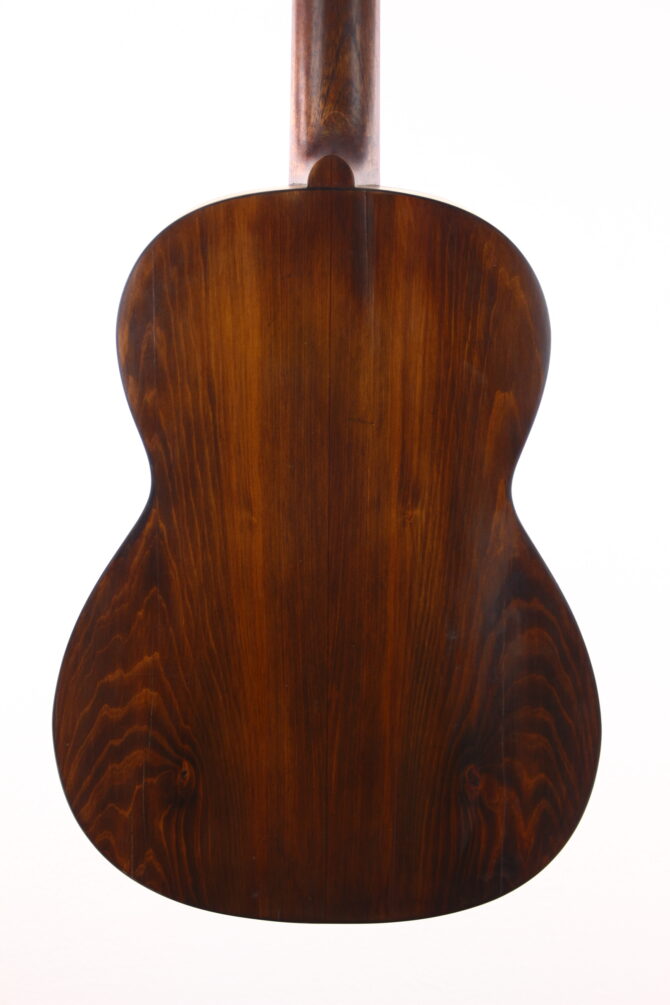 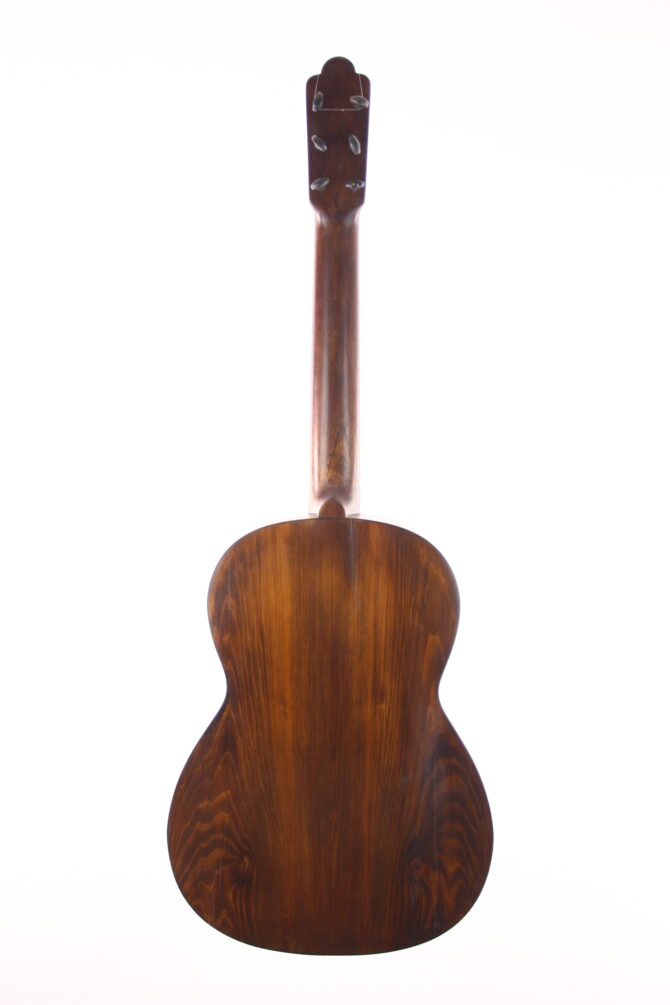 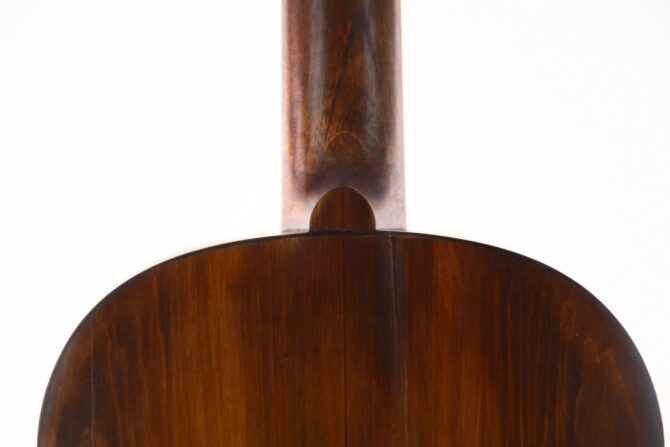 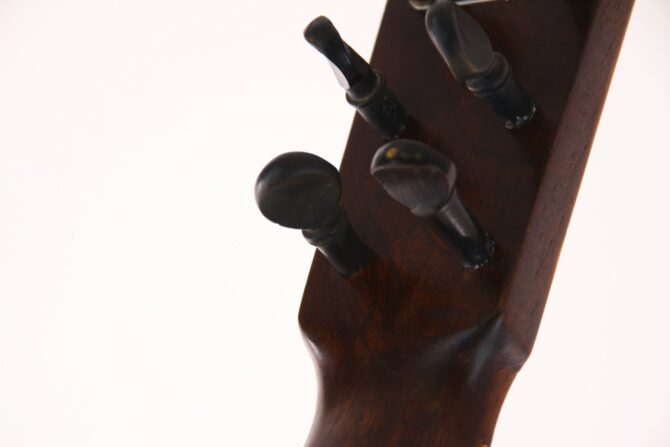 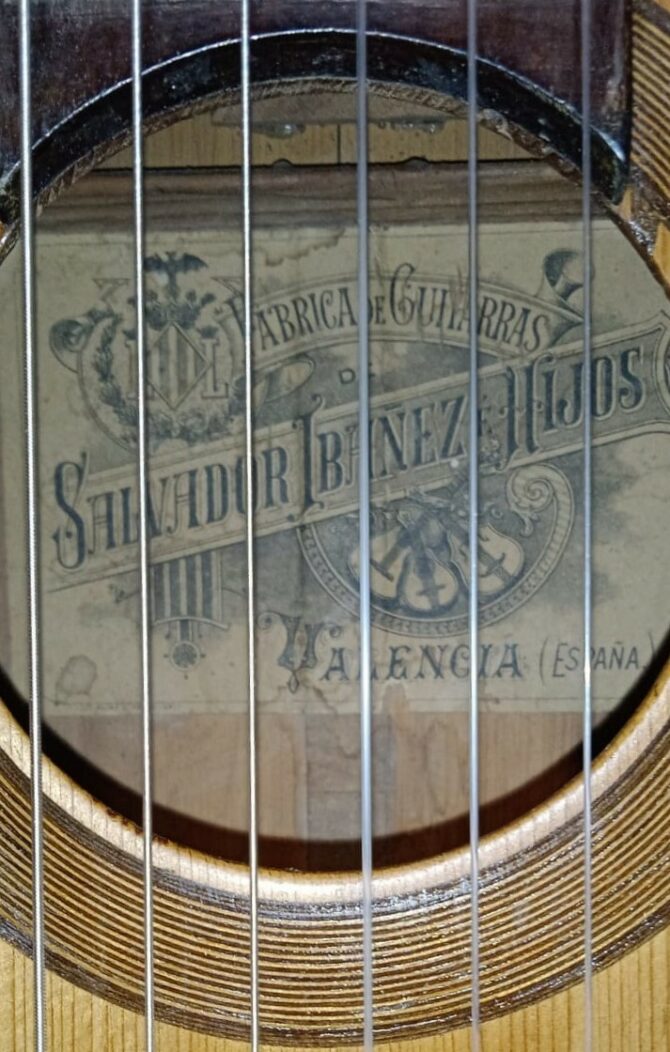 It is a pleasantly light guitar, finely built with a nicely coloured rosette, a straigt forward design and a smooth and fluid headstock shape. It has been refinished and the finish of the back and sides have a nice colour, which lets the cypress grain of this guitar look a lot more powerful.
This guitar has a wonderful vintage sound, the playability is incredibly comfortable and the guitar responds to the finest touch.
It has a lyrical, singing quality to the sound and the bases are thick and well present. It can be very loud with a piercing volume and still it retains a charming tone.
It is a truly graceful instrument with a fascinating sound.
If someone is trying to find a lightweight flamenco guitar with this typical old world and deep flamenco sound at a reasonable price … this is the guitar to go for!

The guitar is in a restored and well playable condition. The scale lenghts is 650 mm and the nut width 51 mm. The top is of fine alpine spruce and the back and sides of very beautiful and high quality cypress.