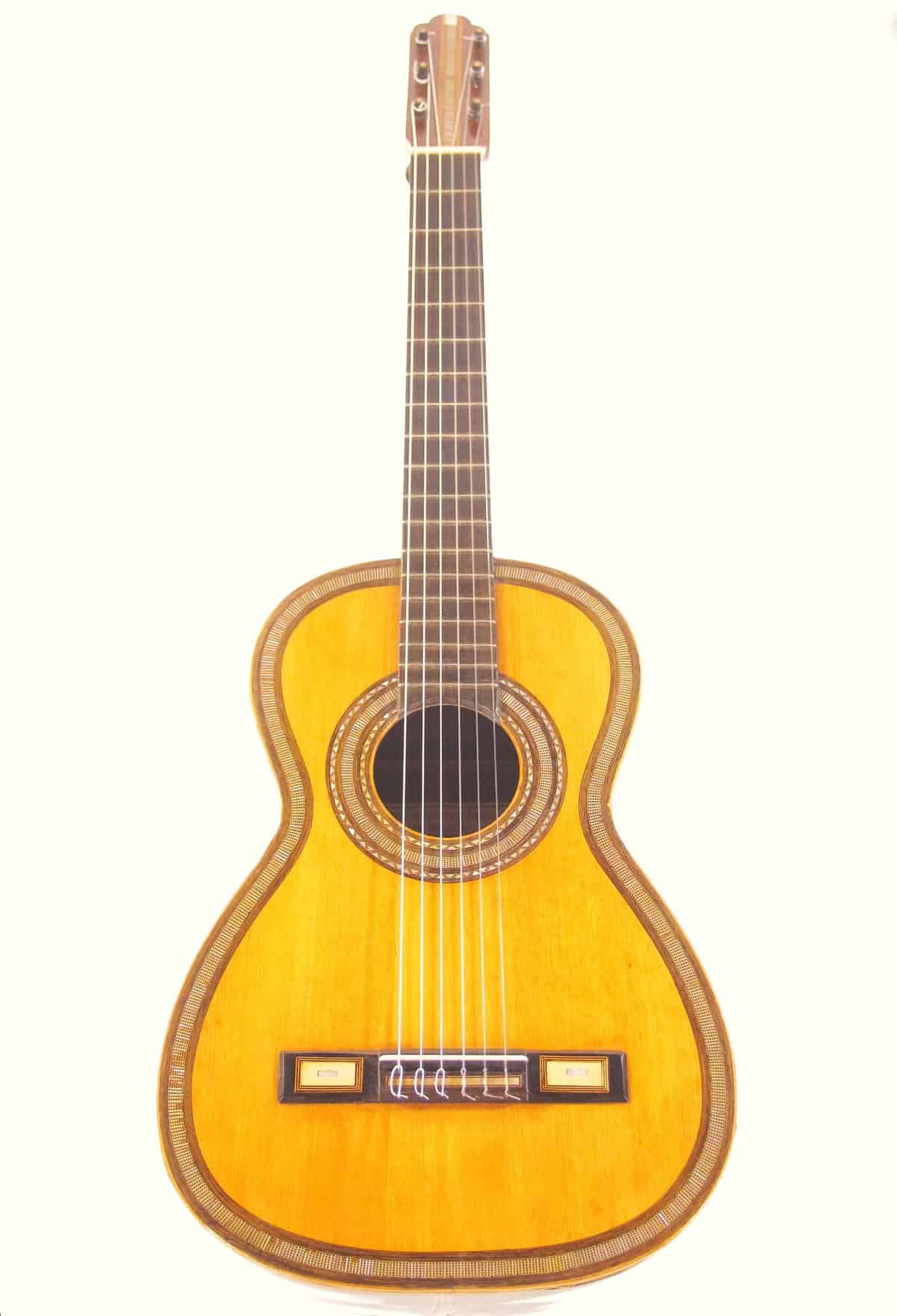 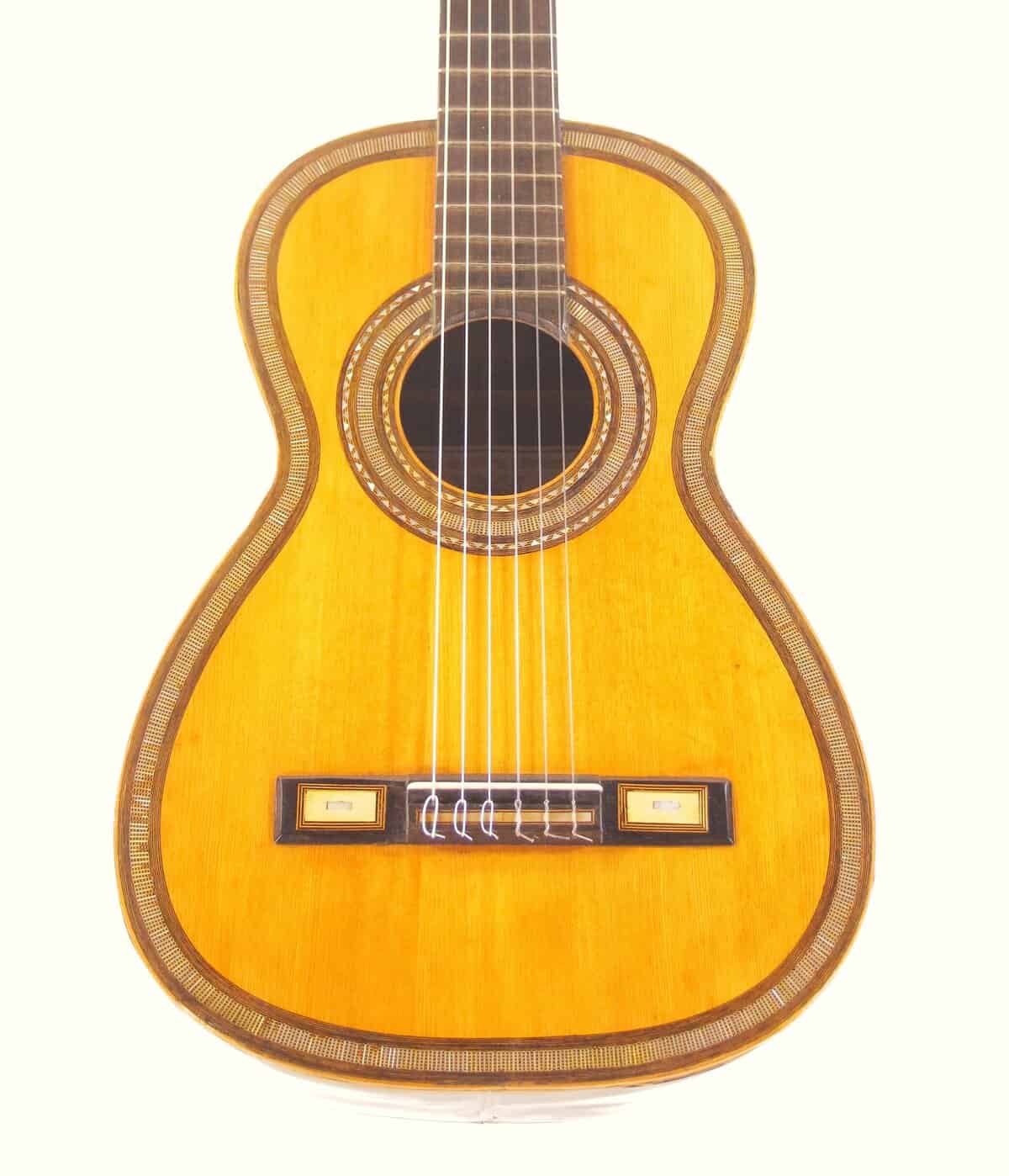 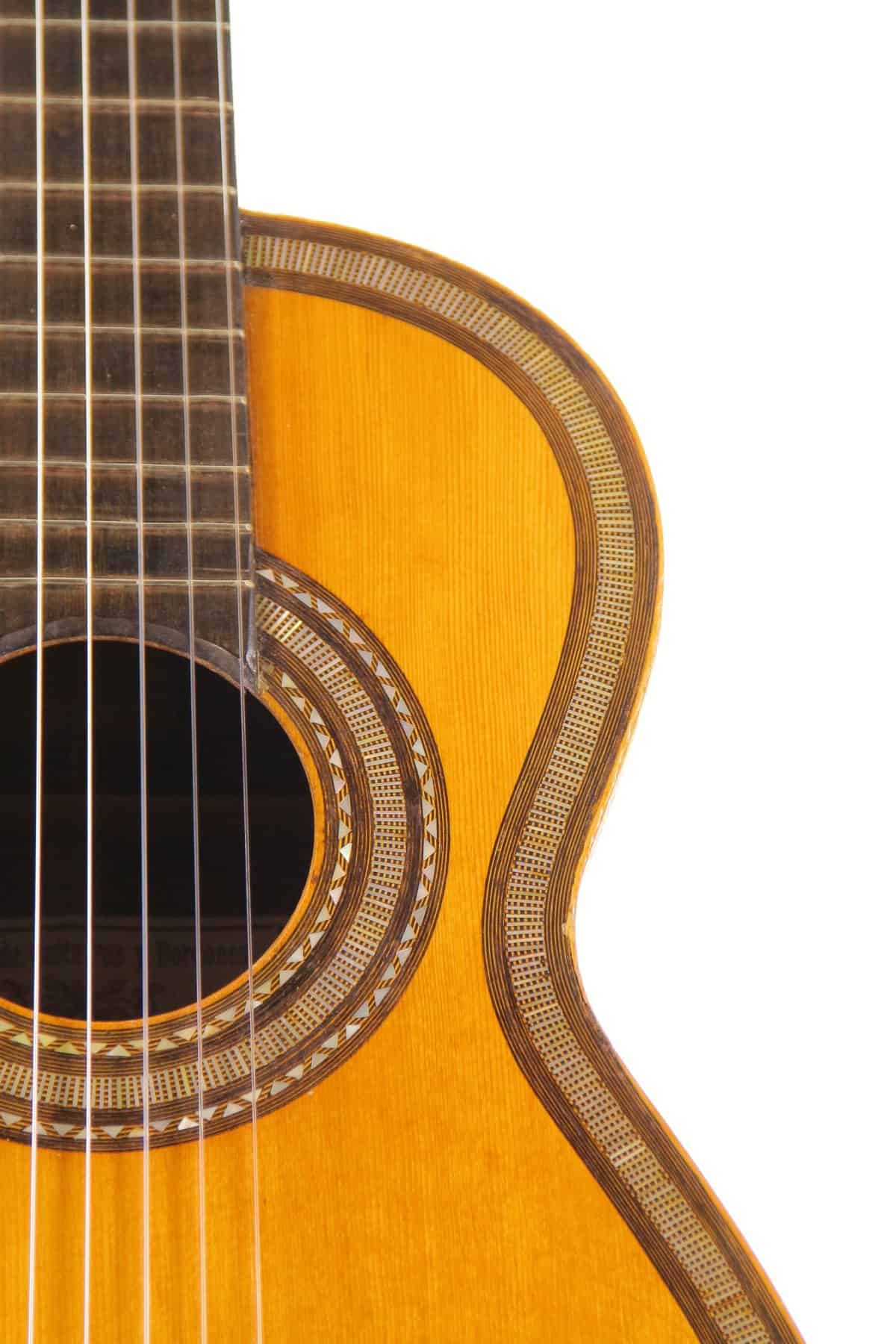 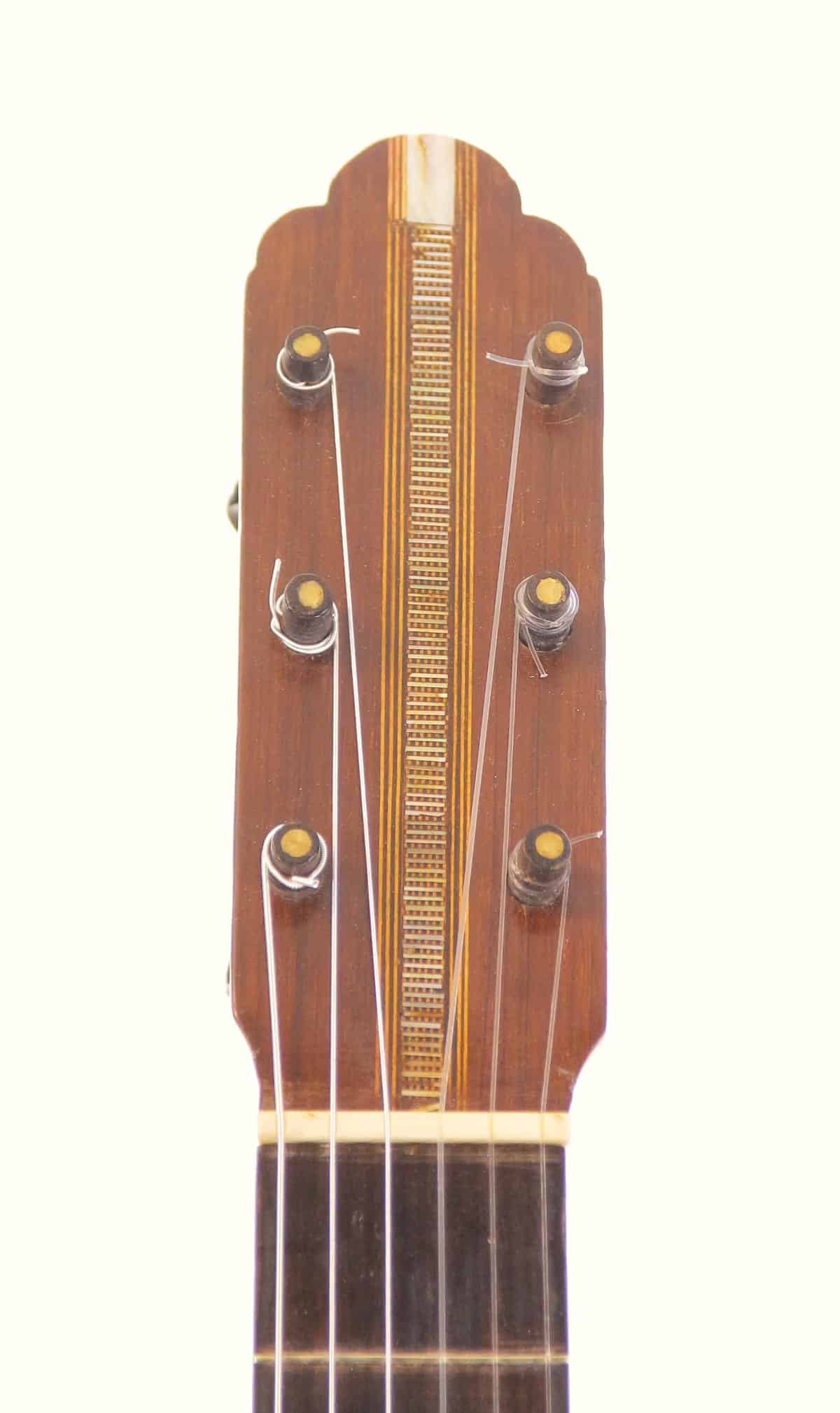 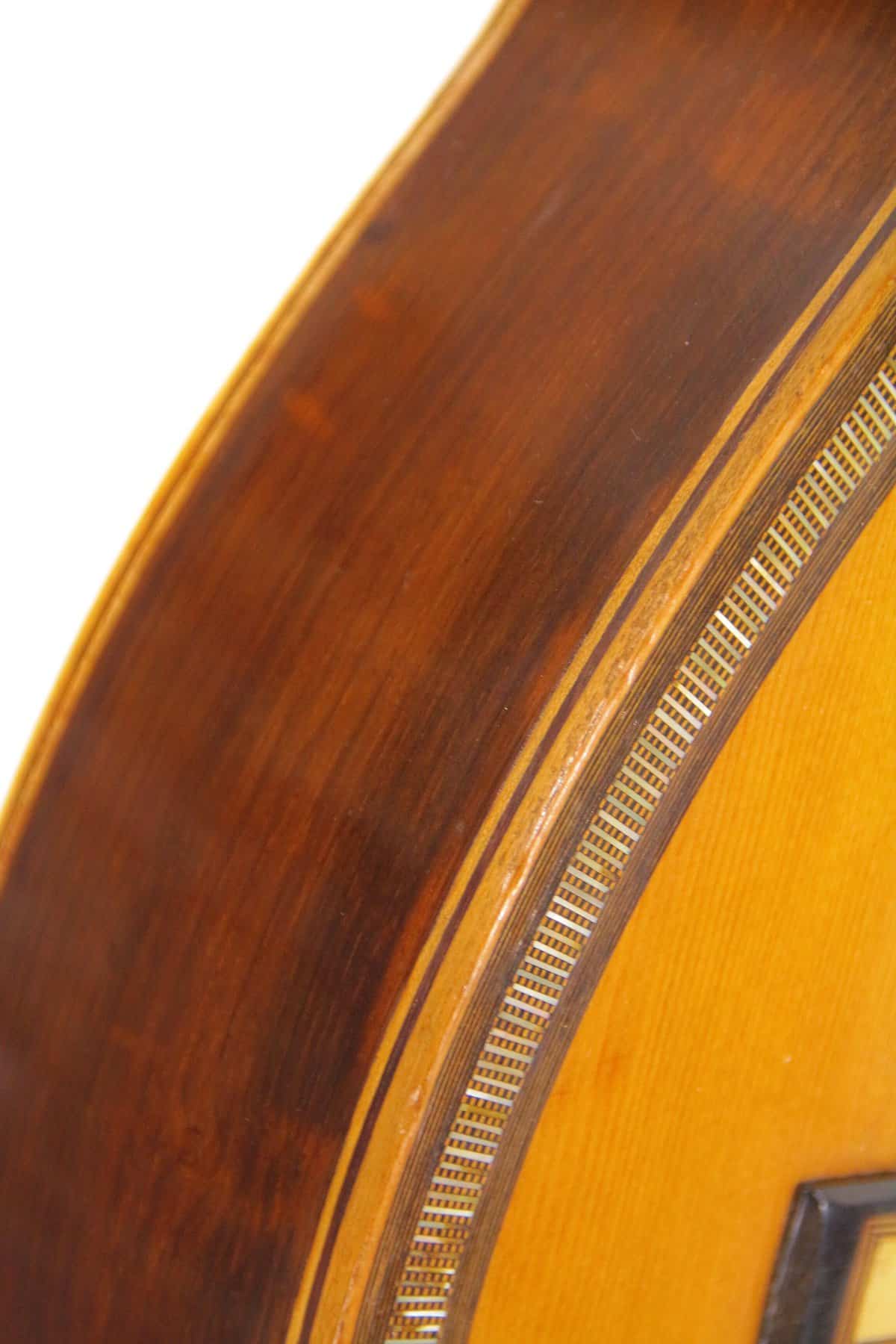 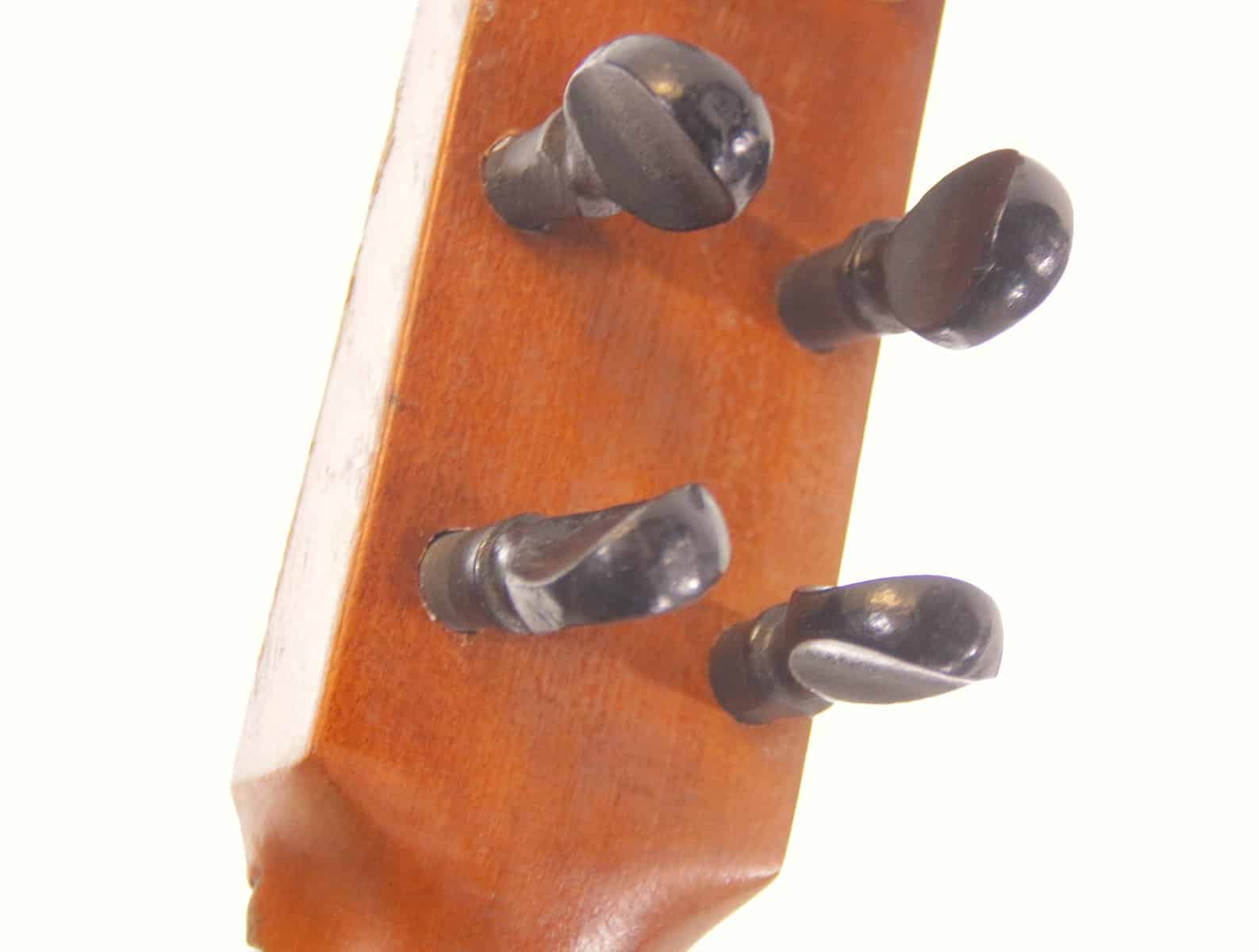 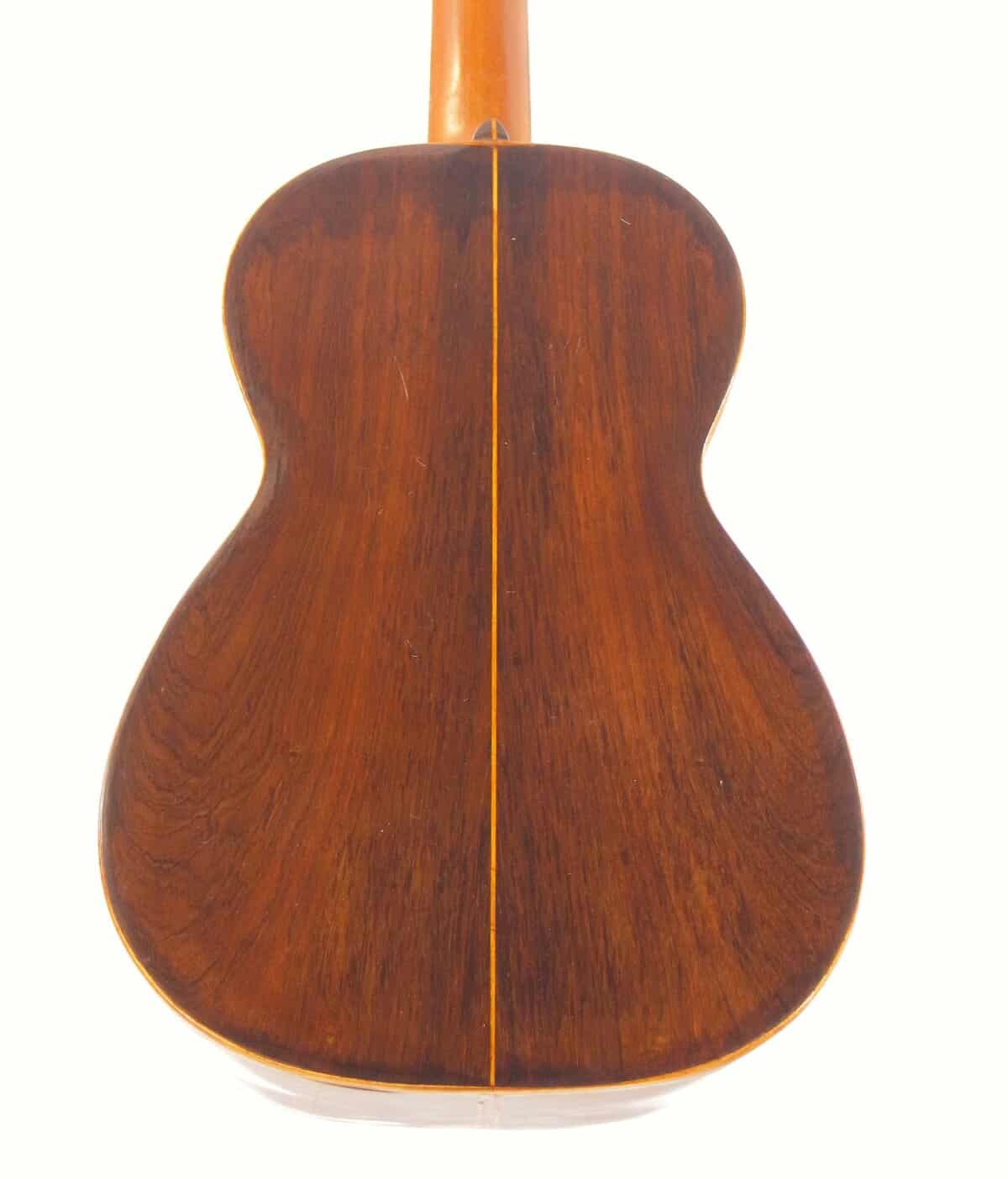 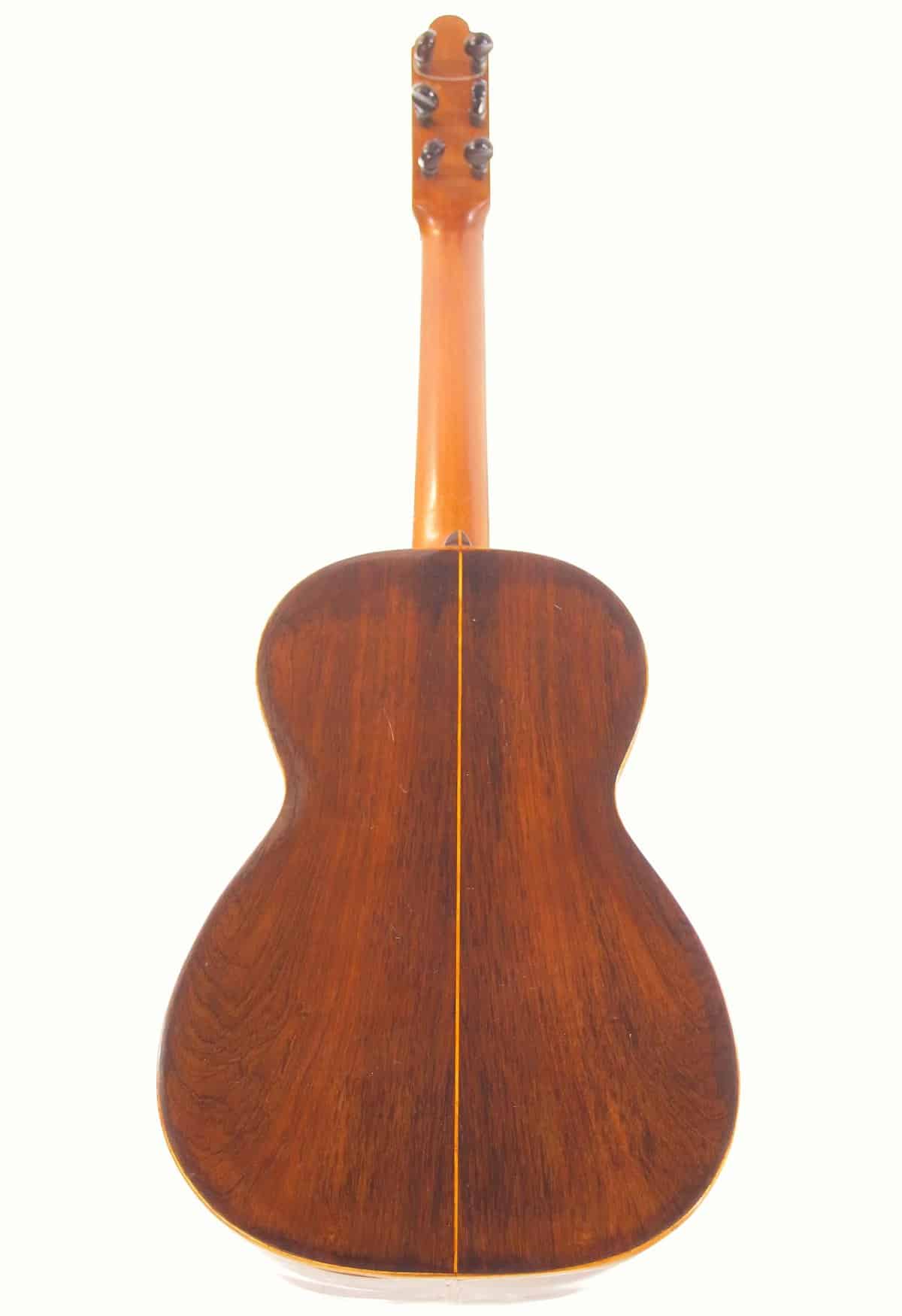 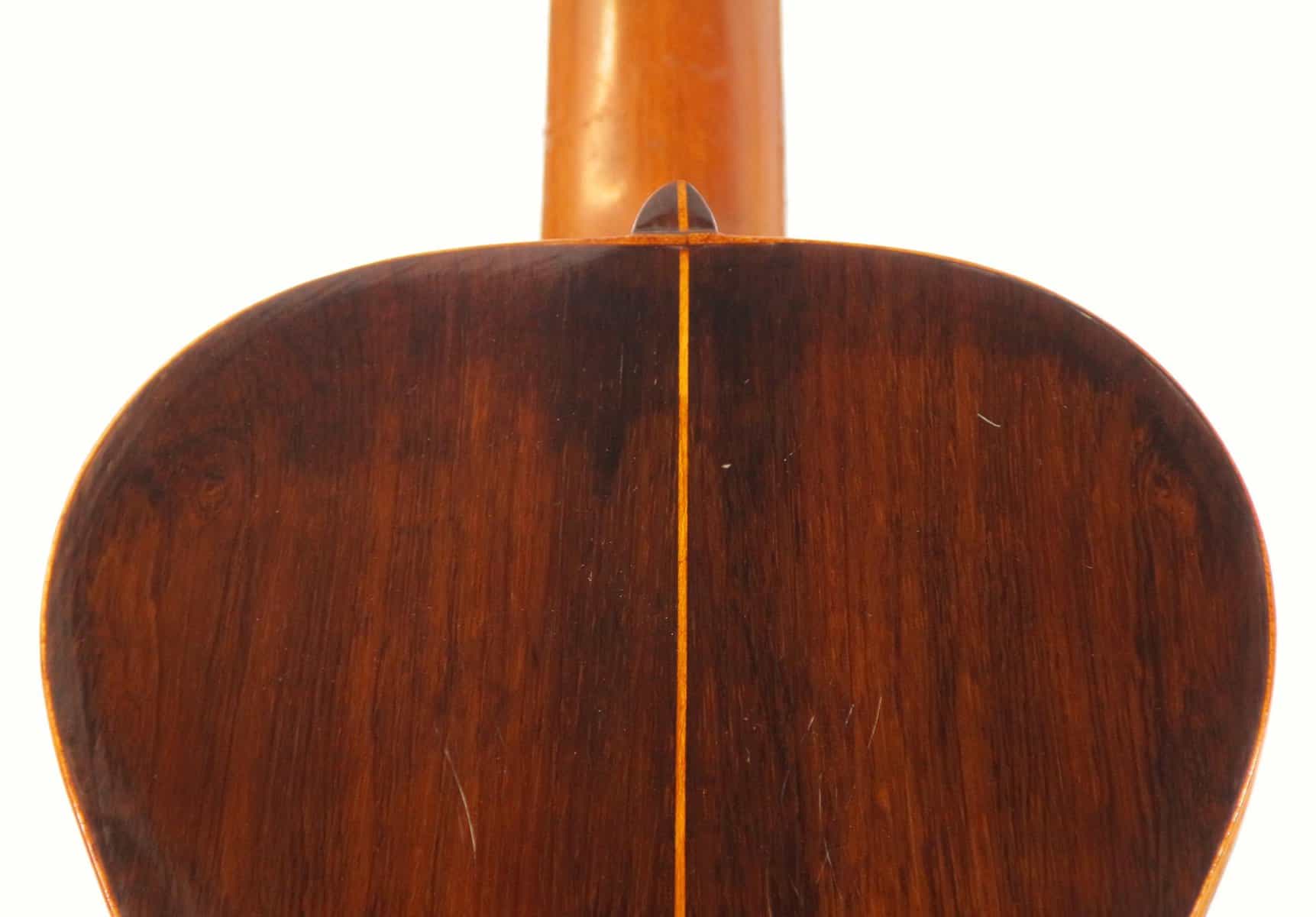 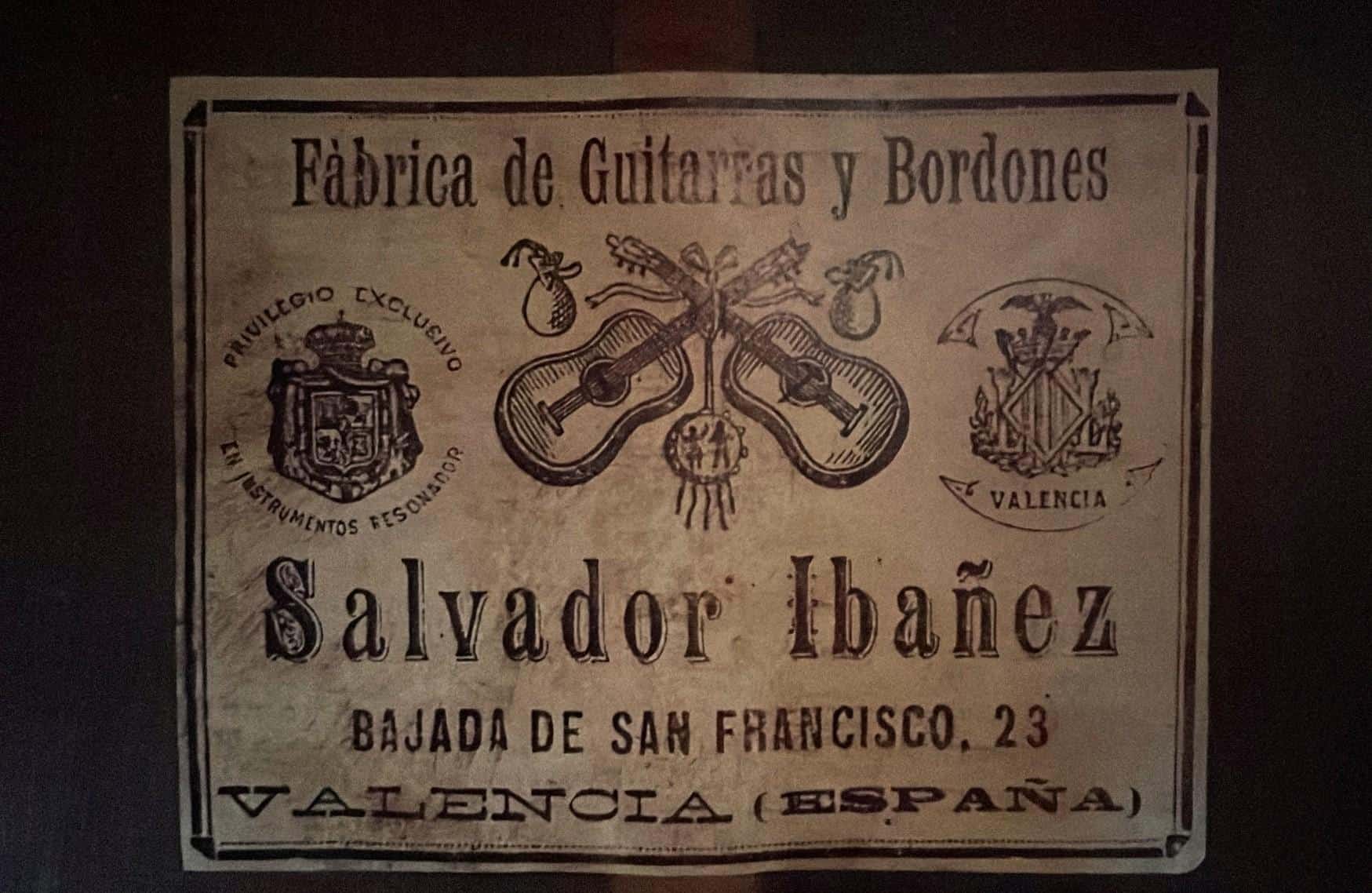 This guitar is a piece of art, the decorations and inlay work is amazing. A very impressive guitar, built for home use with a smaller scale and a comfortable size.
According to the label (which was used from 1890 – 1896) we could date the guitar pretty exactly.

You can already imagine the unbelievable sound of this guitar just by looking at it.
The woods have of course wonderfully matured after more than 120 years and produce an incredibly beautiful vintage sound. The guitar reacts immediately and has a great dynamic.
It is a very elegant example of Ibanez’ best instruments. The tone is truly gorgeous – rich and silky, smooth and full, marrying together the best qualities of a spruce-top guitar with the unique sound of Valencias greatest guitars. The separation between notes is clear and incredibly balanced, across the entire range.

The guitar has a shorter scale length of 610 mm and a nut width of 48 mm. It has a spruce top and rosewood back and sides.
It is perfectly adjusted and plays very easily with a straight neck and a low action.