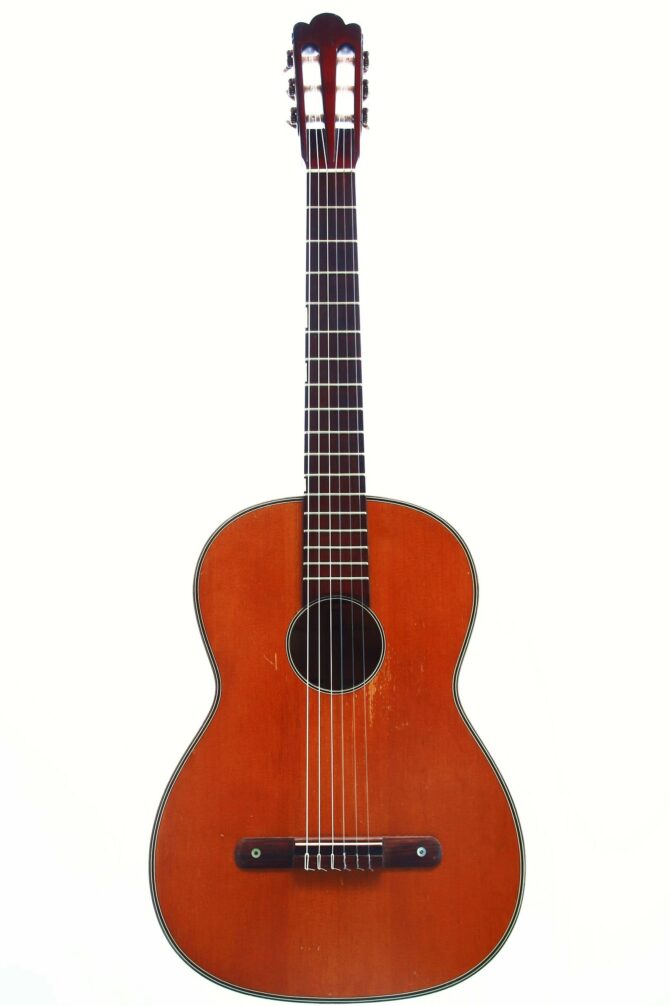 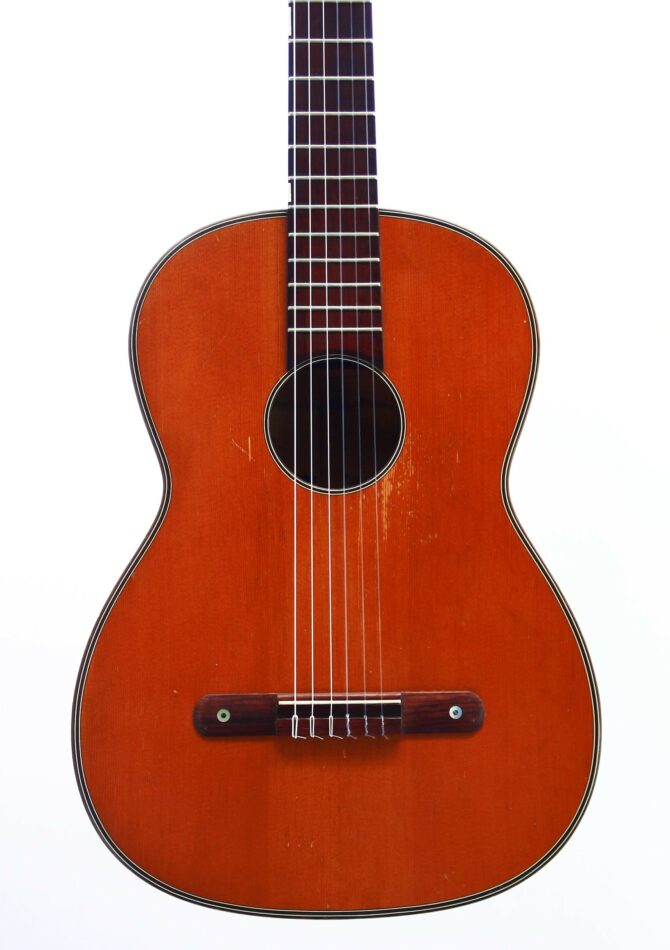 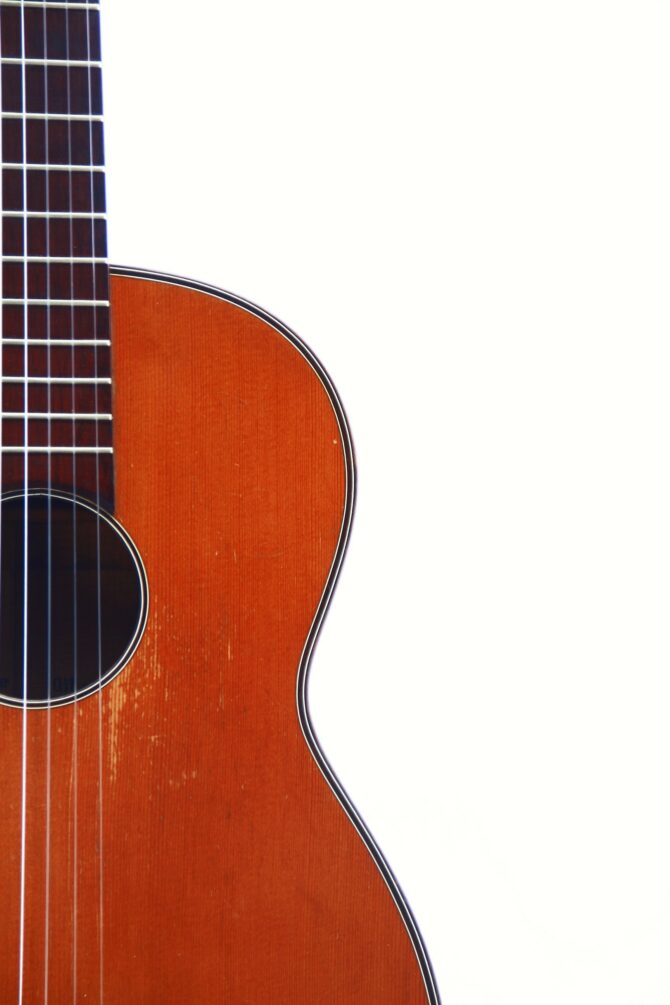 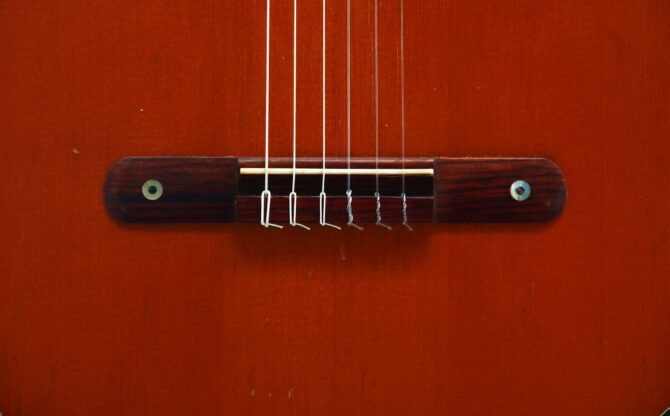 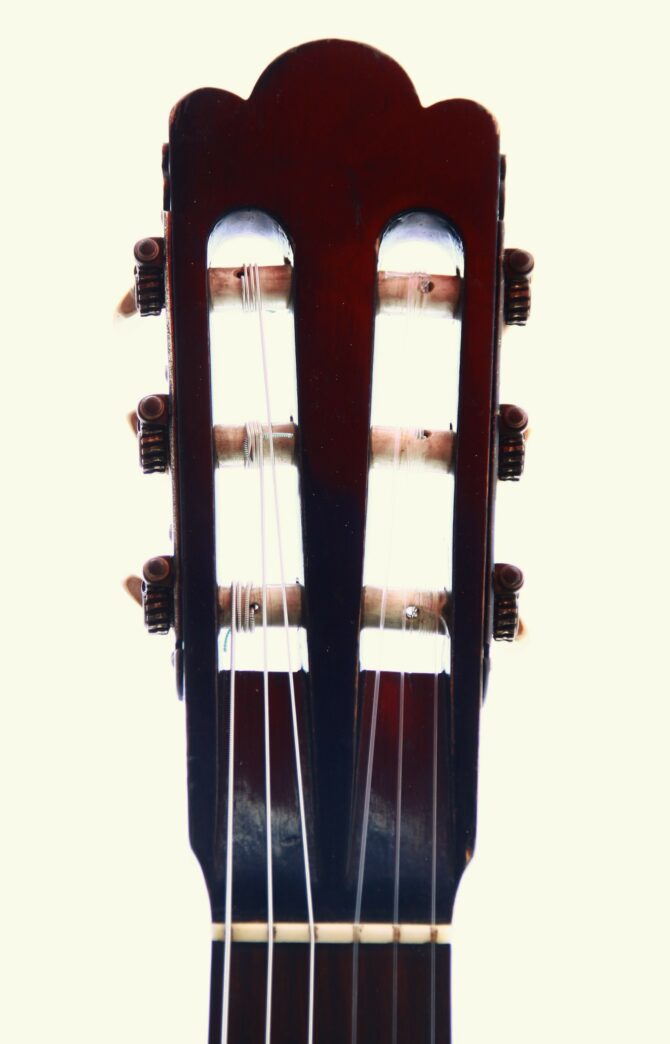 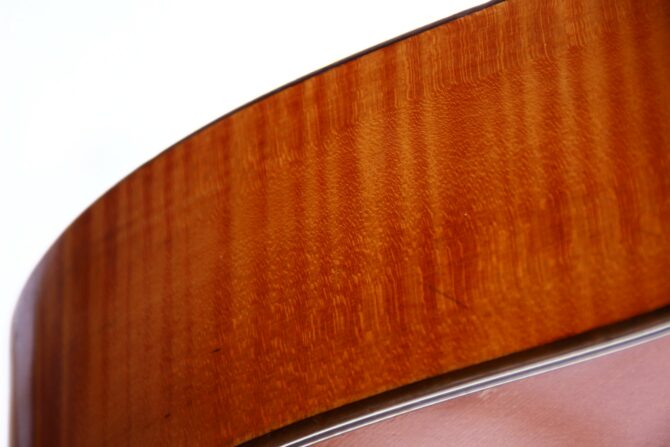 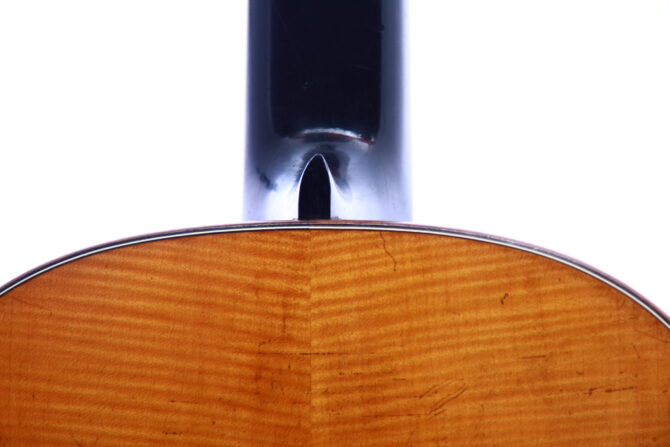 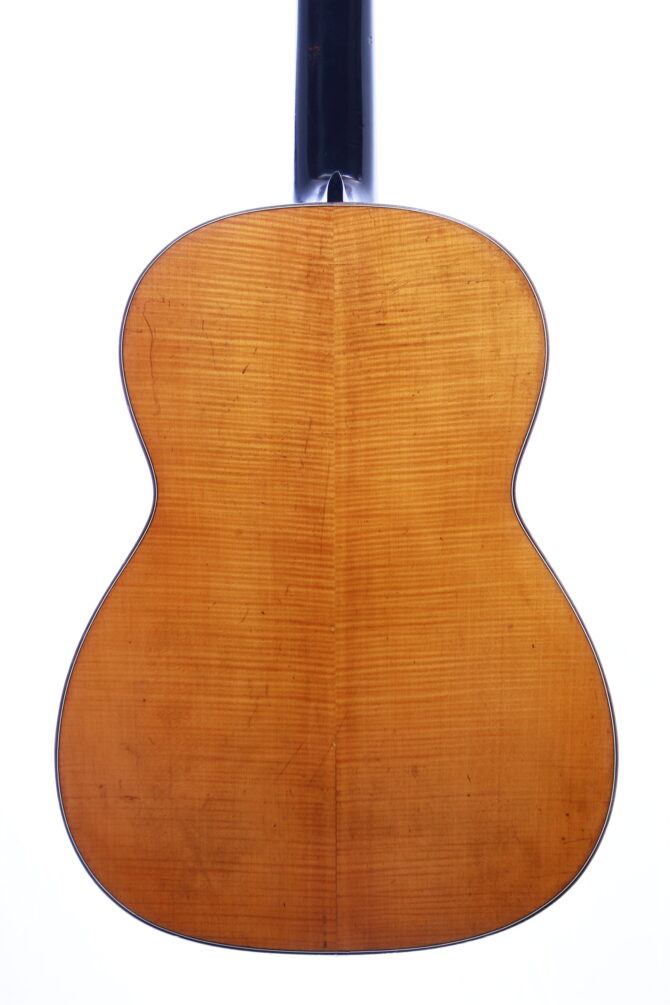 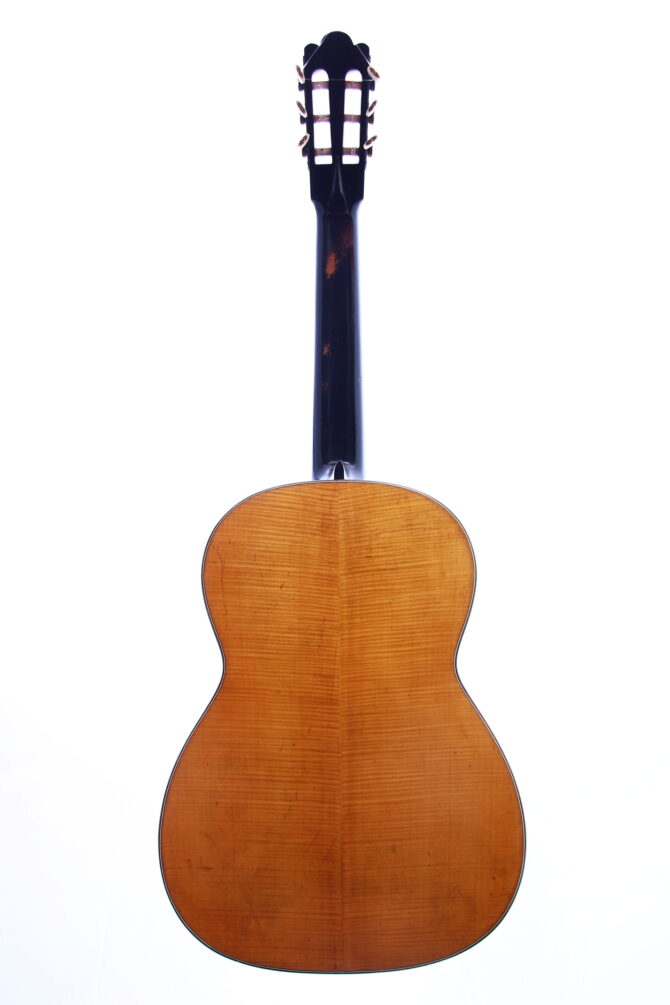 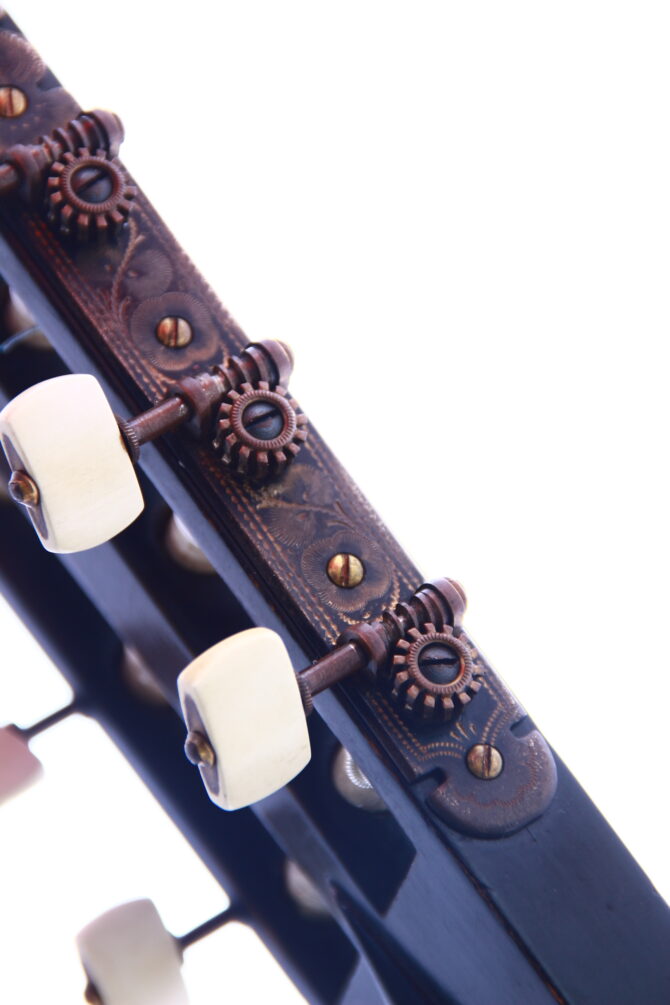 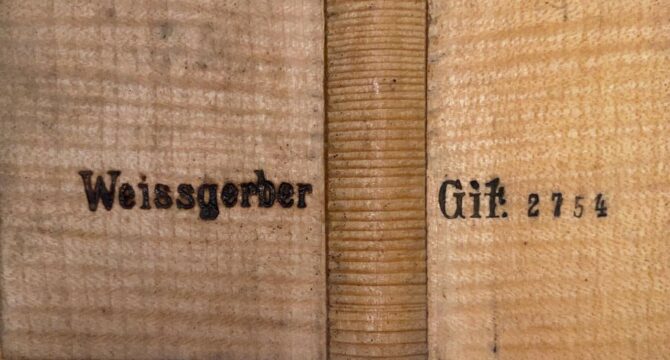 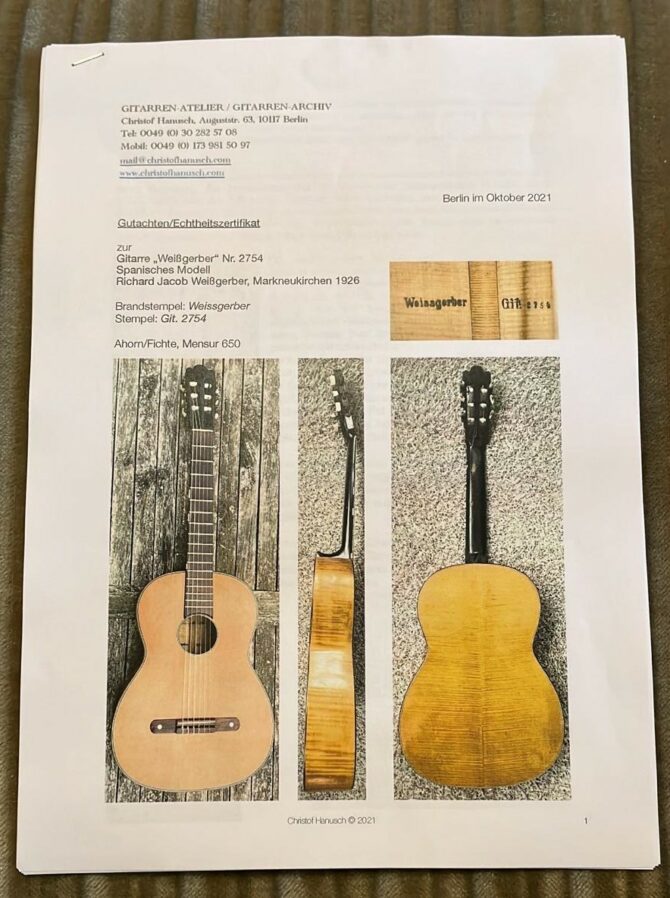 This particular instrument is a Torres model from 1926. It is a beautifully built guitar with light fan braces. The scale length is 655 mm and the nut width 50 mm. The top is made of fine spruce and the back and sides of lovely flamed maple.

The sound is bold, loud and the guitar reacts very nicely to the touch of the player. It has a very vintage, almost “antique” style of sound making it a perfect instrument for the player seeking an authentic 19th/20th century “performance practice” sound which beautifully suits the music of Llobet, Sor, Giuliani, Coste, Mertz, etc.
The guitar has a great richness and harmonious quality. The notes blend together beautifully and yet maintain their clarity and separation. The sensation of playing the guitar is as it vibrates against the players body in a very deep way.

It has such an incredibly powerful sound and can be very loud – very surprising. This guitar is among the best of what we have seen so far from Weissgerber.

It is in excellent condition and perfect working for its age. Just one tiny repair, which has been perfectly and professionally done. The guitar is ready for the recording studio or concert stage. The guitar comes with a certificate of authenticity from Weissgerber expert Christof Hanusch. In this certificate the guitar is analyzed in detail.

It comes with a newer suitable guitar case.