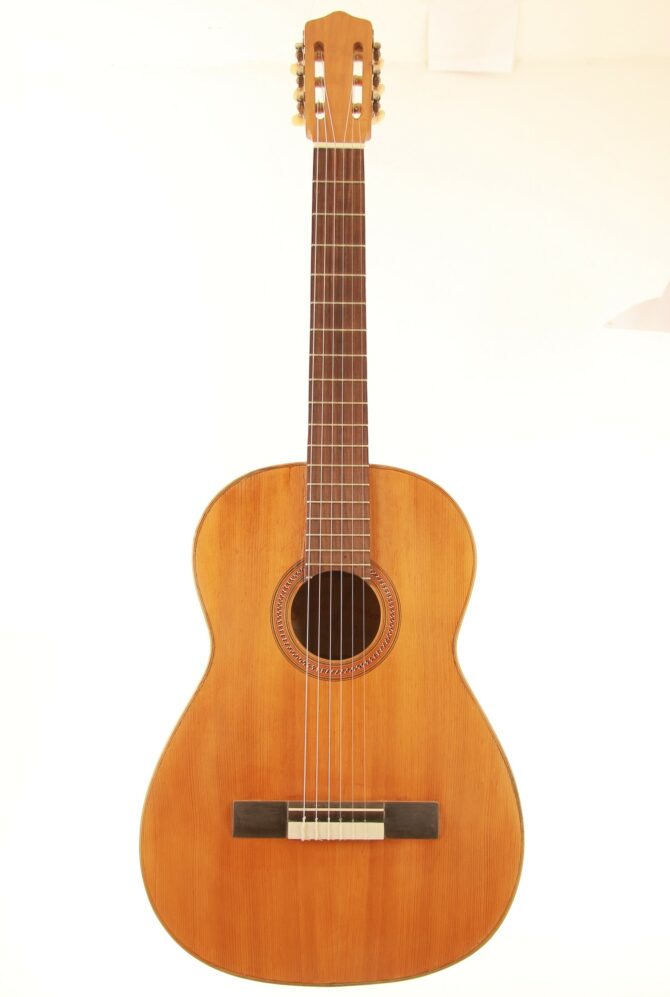 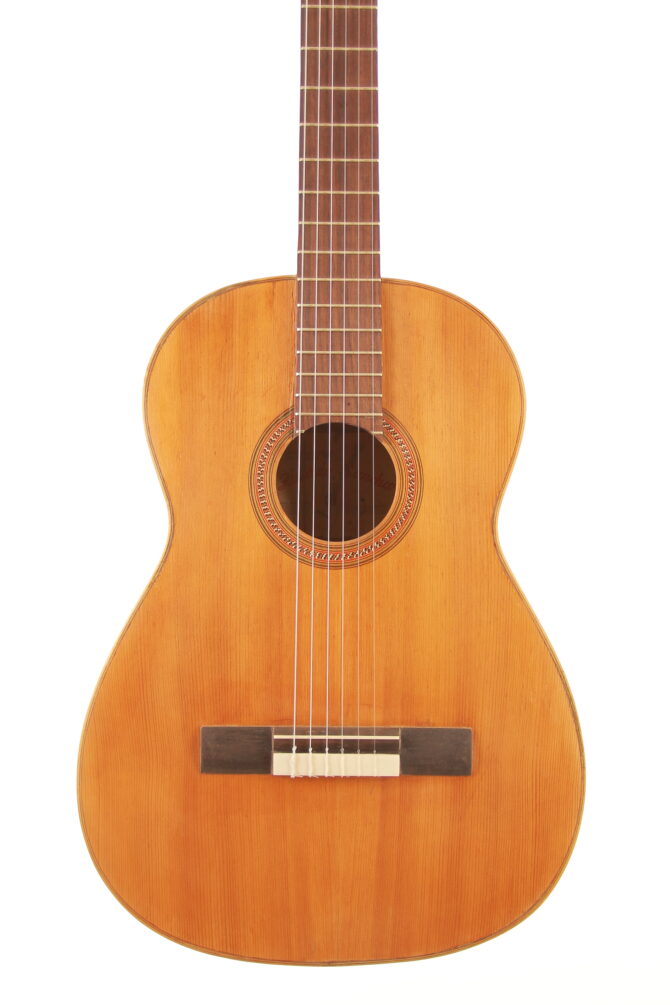 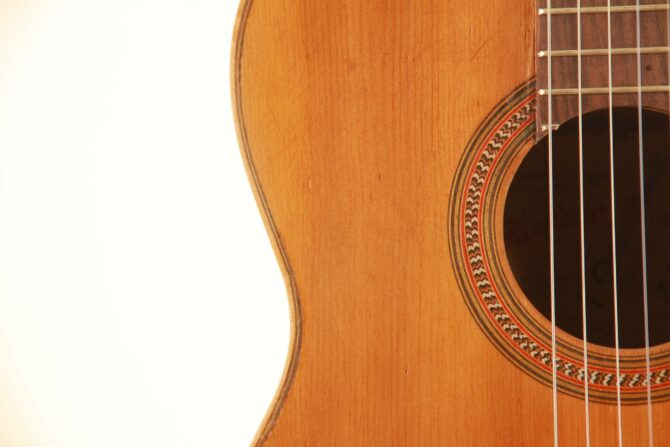 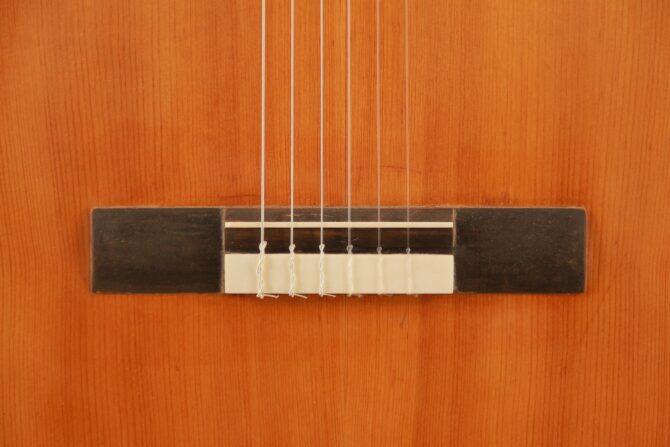 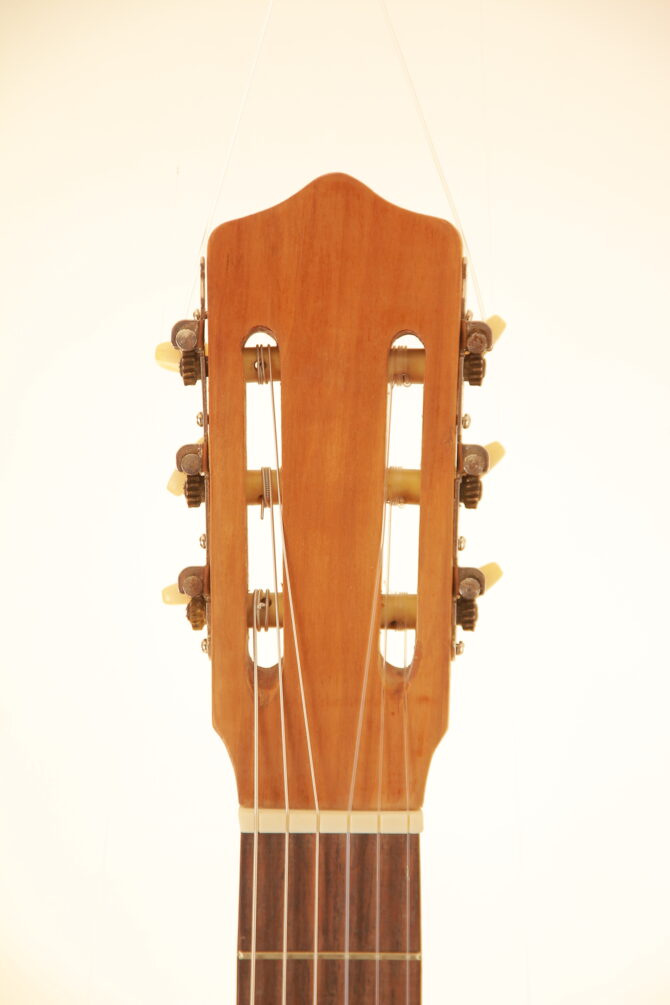 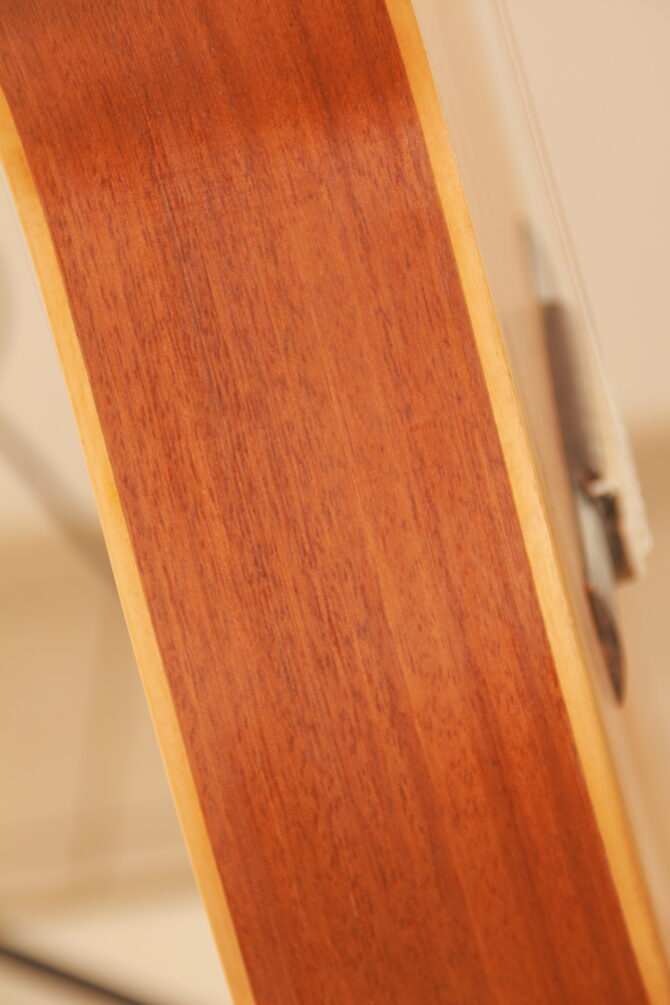 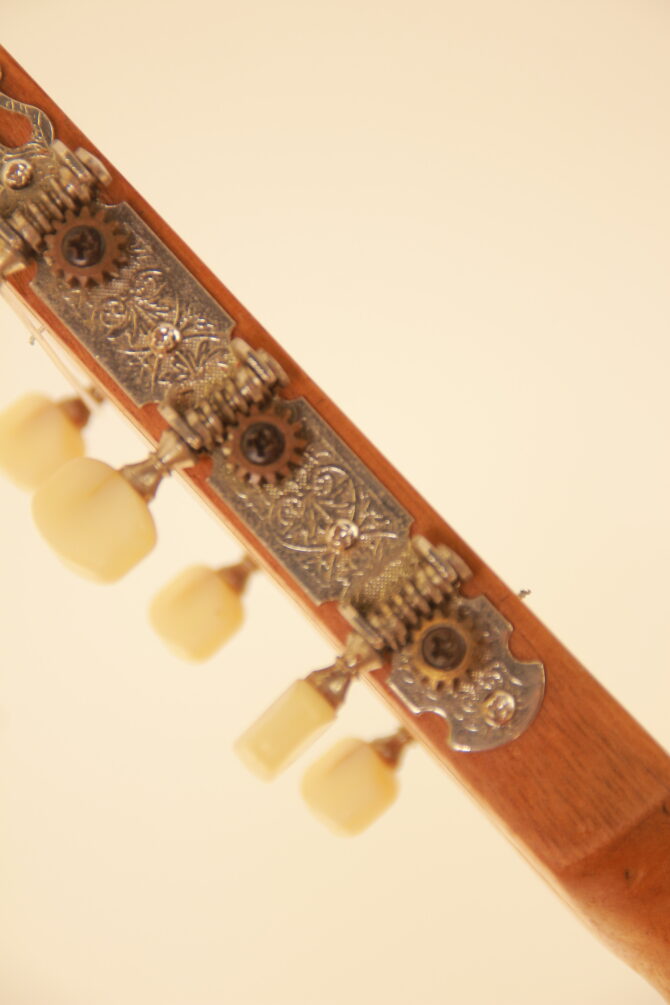 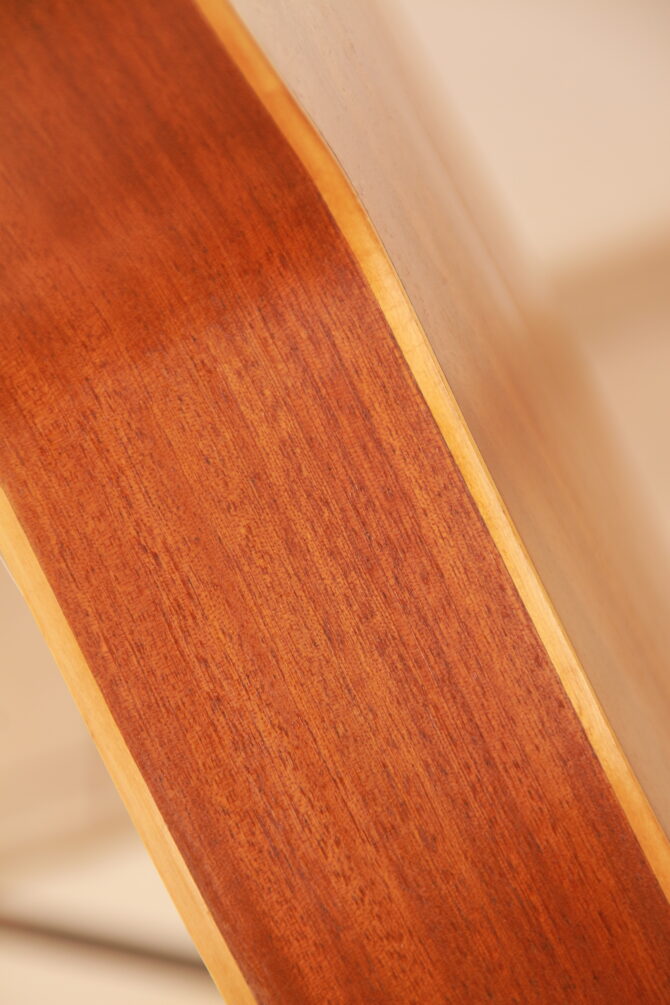 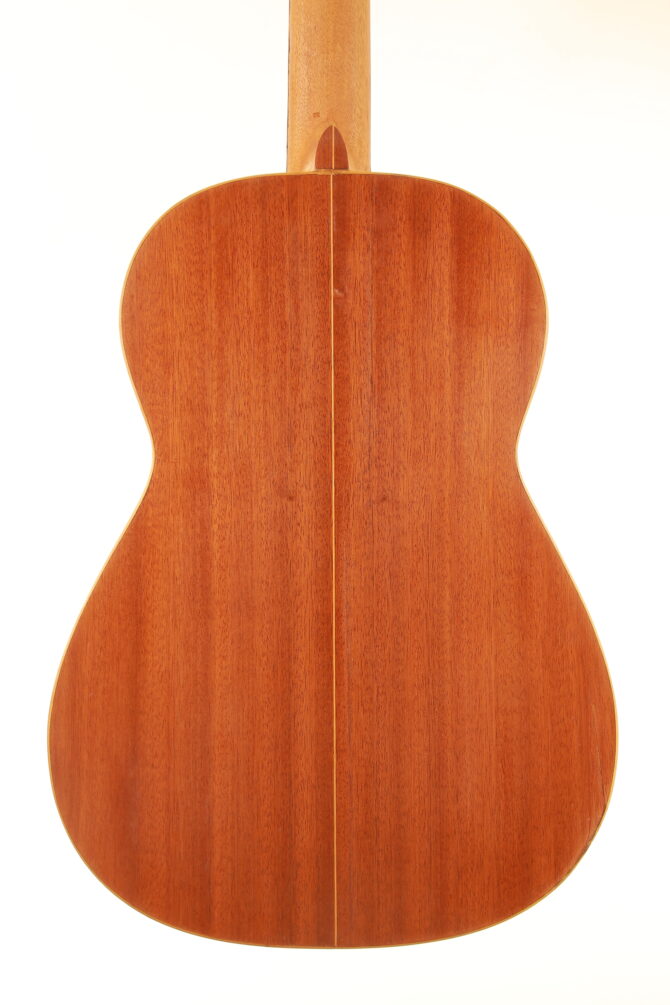 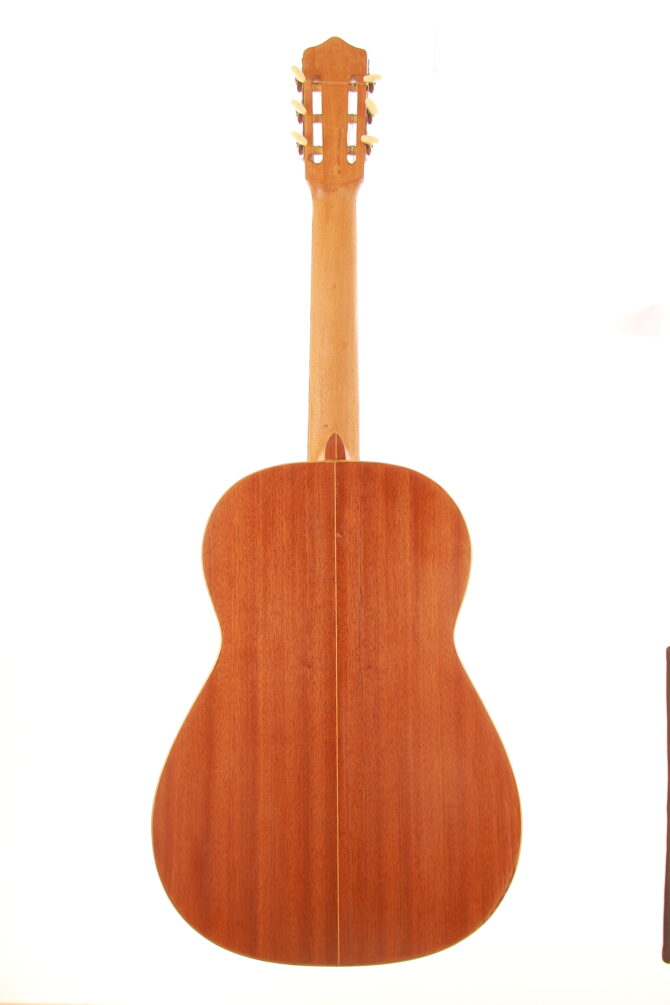 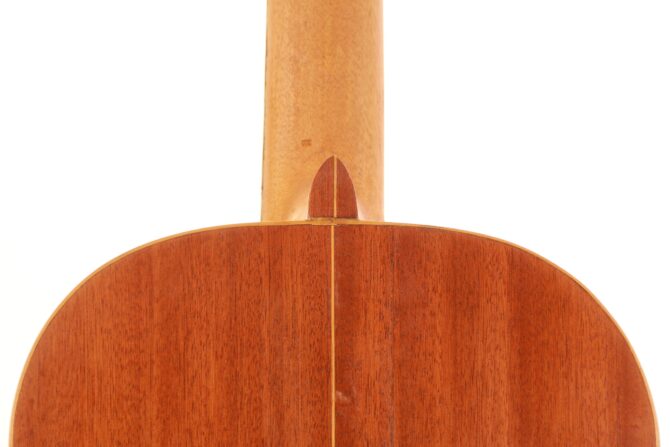 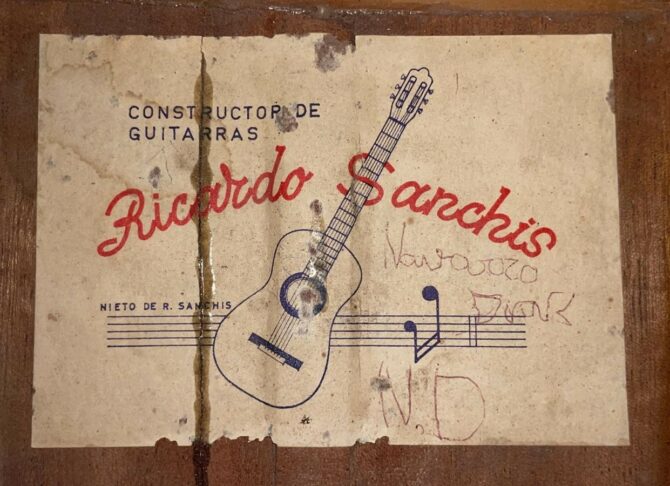 The guitar was built around 1950. It has a spruce top and the back and sides are made of mahogany. The scale length is 645 mm and the nut width 52 mm.

It is a pleasantly light guitar, finely built with a nicely coloured rosette, a straigt forward design and a smooth and fluid headstock shape.
The sound of this instrument is really nice. The mahogany construction gives this guitar a bold and lively tone. The basses are powerful and sound dark and warm. The trebles come directly and it seems that the notes just jump out of the guitar.
The guitar unfolds the most beautiful timbres and inspires with an incredible lightness.
It is a guitar suitable for performances or recordings.