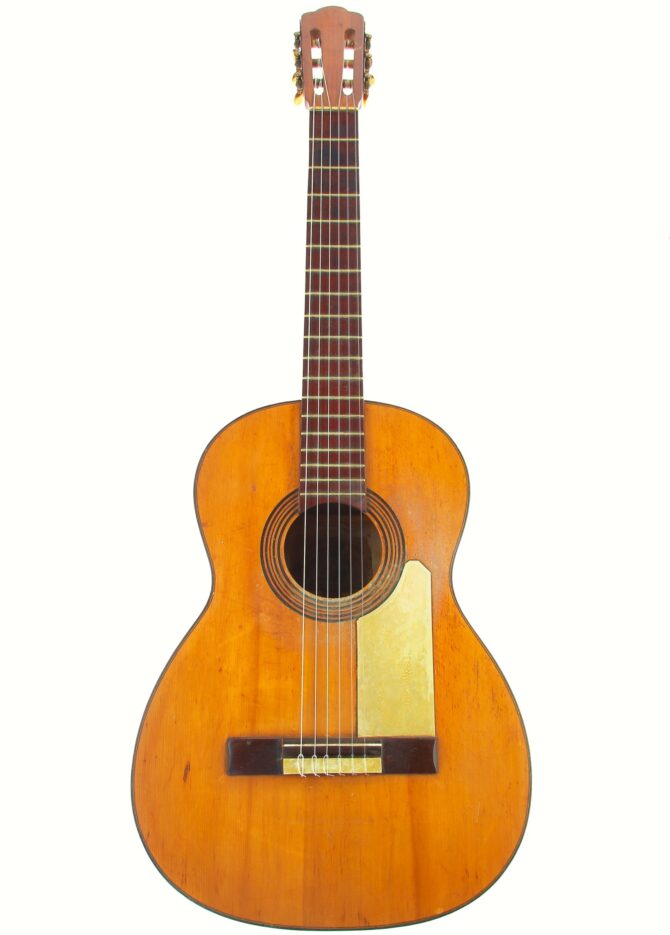 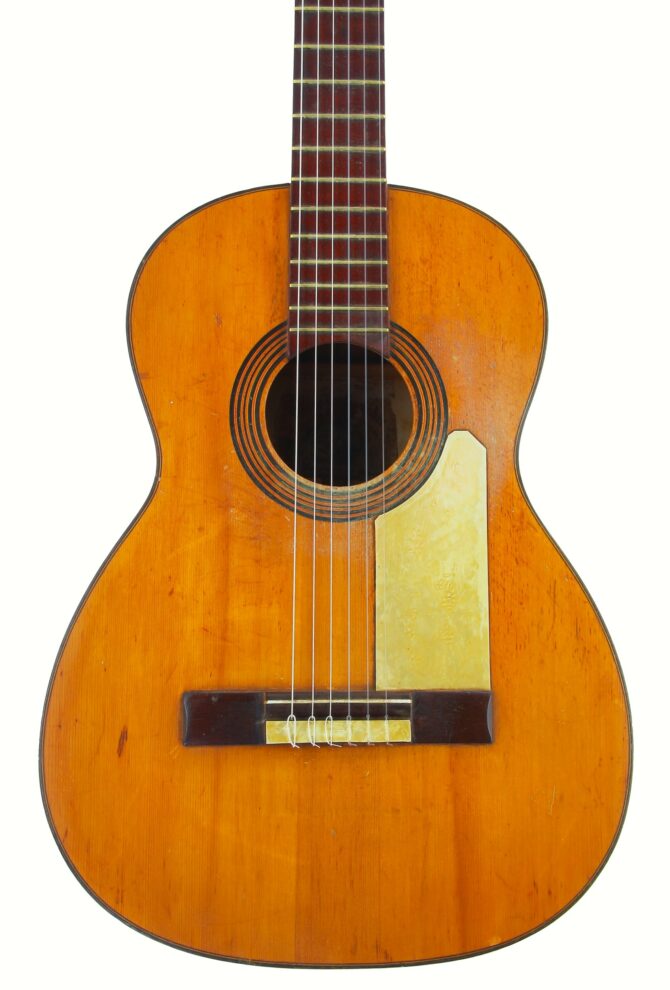 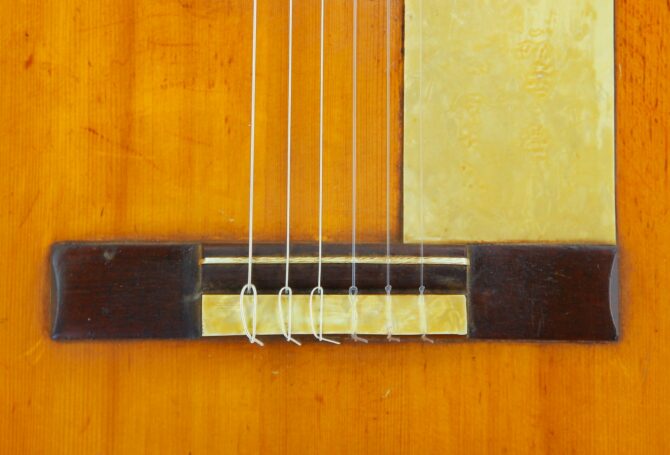 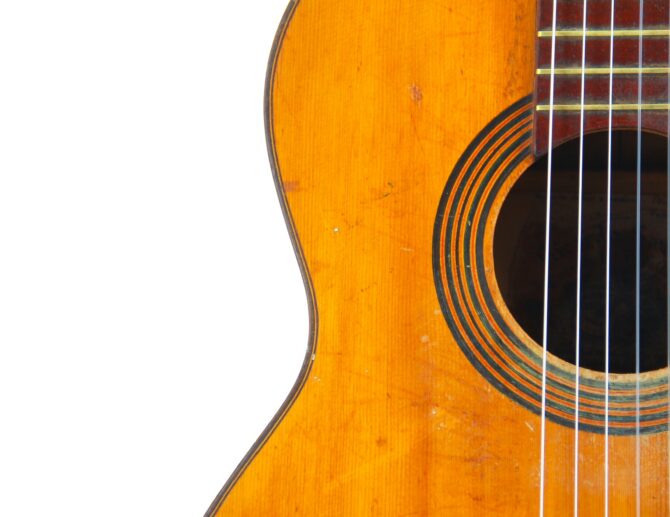 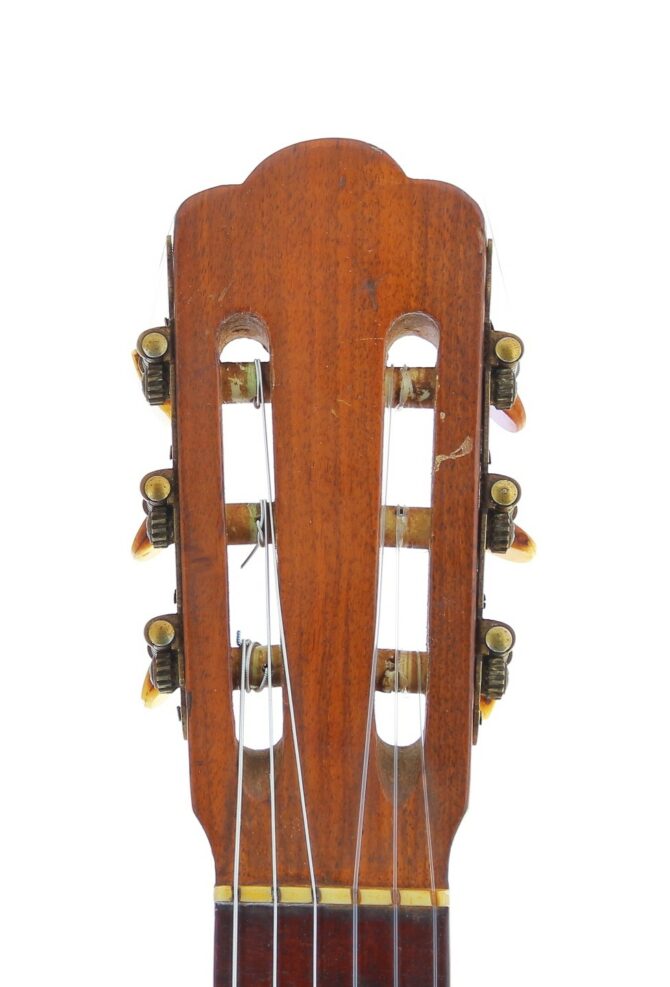 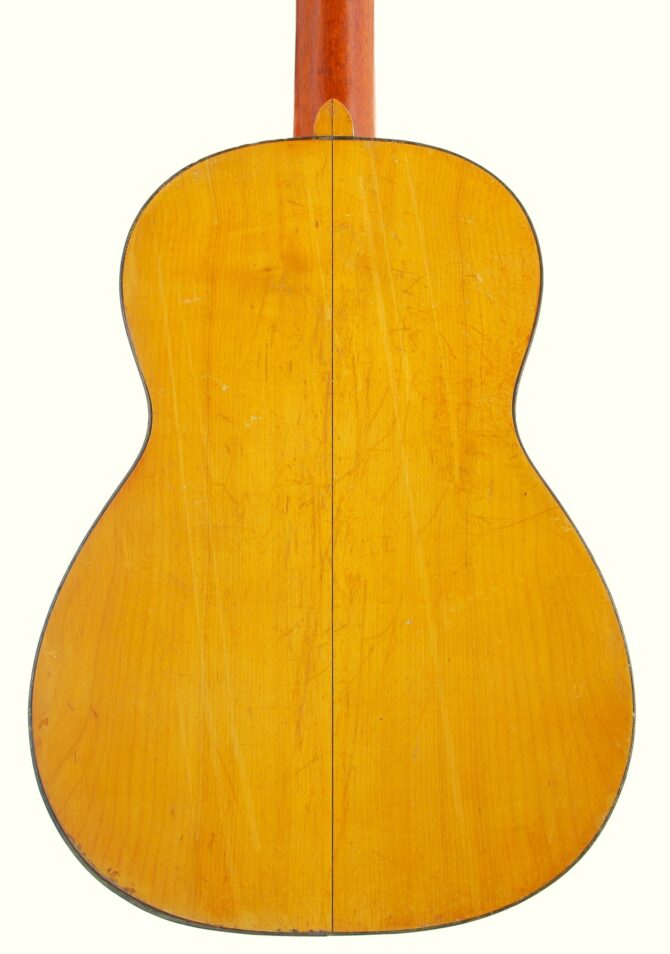 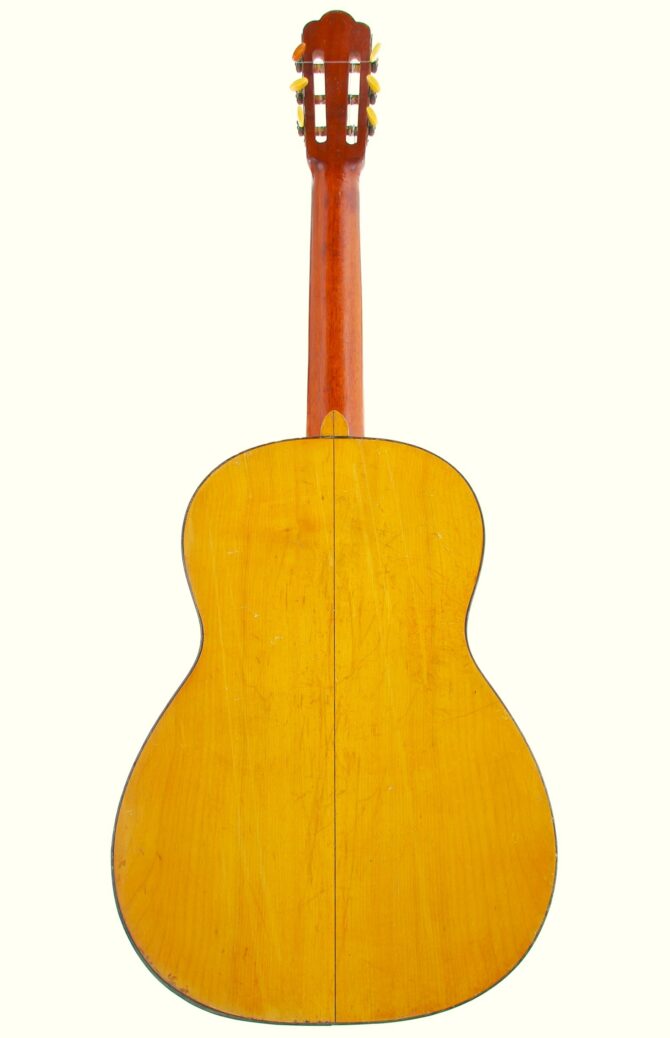 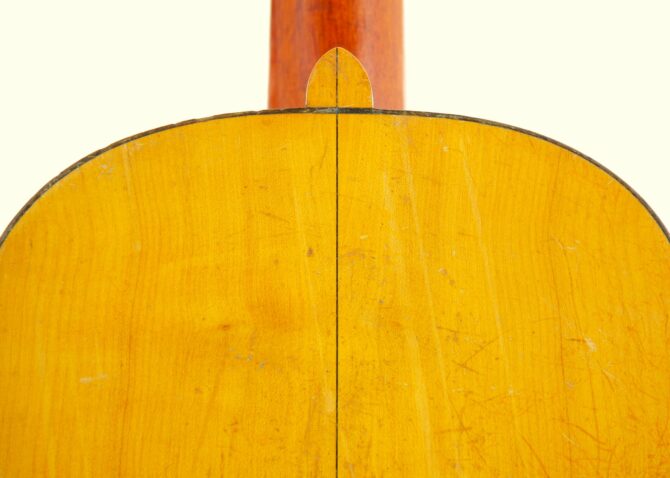 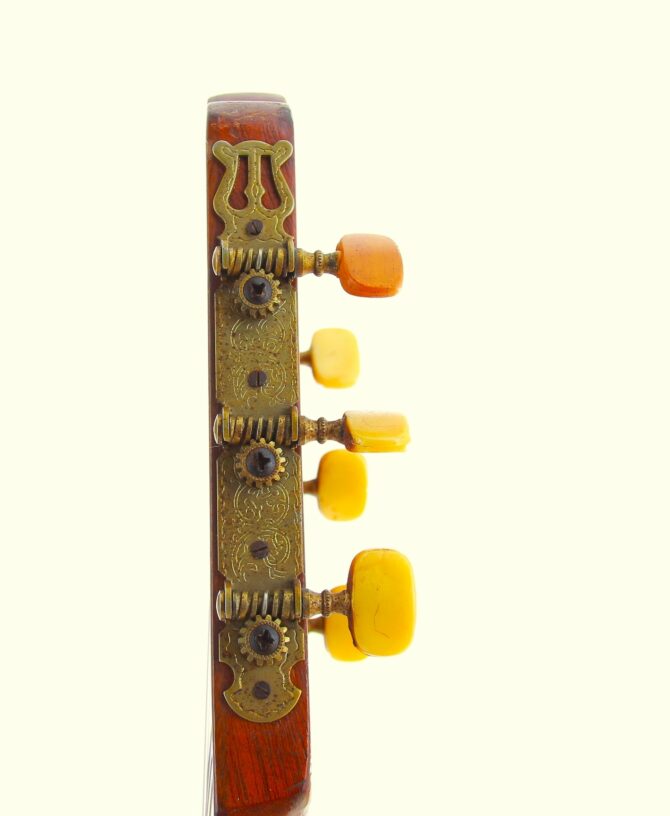 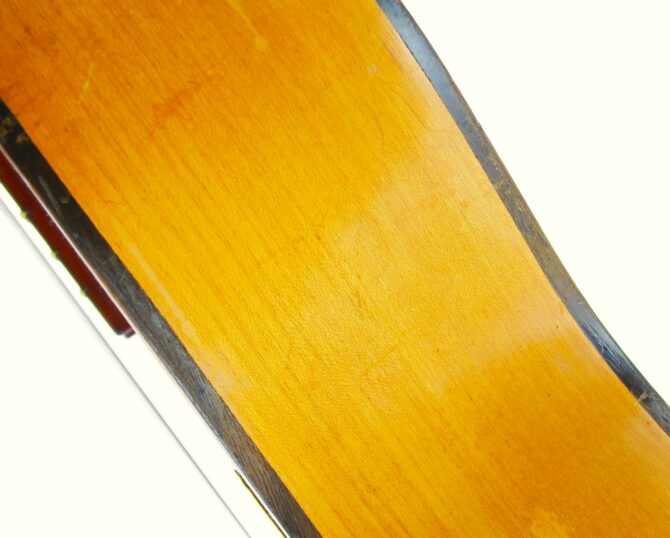 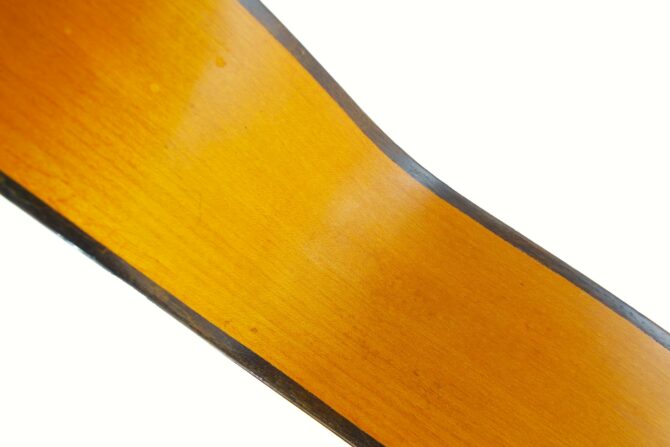 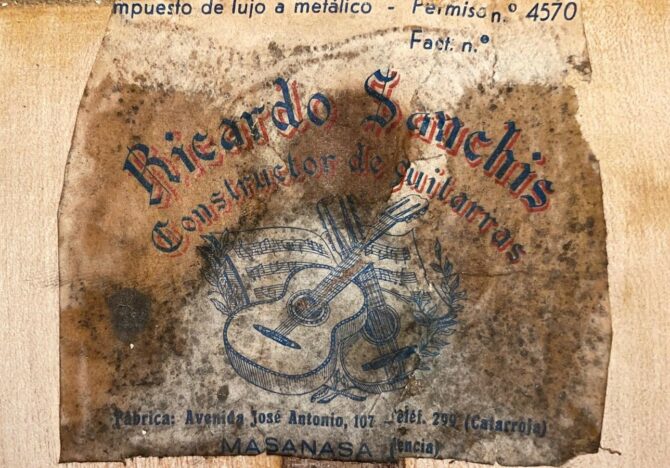 The guitar was built around 1940. It has a spruce top and the back and sides are made of maple. The scale length is 655 mm and the nut width 52 mm.

It is a finely built guitar with a nicely coloured rosette, a straigt forward design and a smooth and fluid headstock shape.
The sound of this instrument is captivating with its warm and characterful tone – the trebles sound clear and brilliant. The basses are powerful and sound dark and warm.
The guitar unfolds an enormous volume and inspires with a very nice vintage tone, coming from the matured woods.
It has a high collector’s value and is wonderfully suitable for performances or recordings. It belongs to the top class of instruments we have seen.

The guitar is comfortable for both hands adjusted with a low action.
The guitar has a really cool vintage look and only from the pictures you can already imagine how many people have played and enjoyed this nice guitar. It has been restored and is in perfect playing condition.